Nothing to see here. It may seem counterintuitive, but that’s what some bars and restaurants want you to think when you walk by. These hidden hot spots – which are everywhere from Denver to Australia – are a bit like Harry Potter’s Platform 9¾. Think no signage, discreet doors, and even decoy storefronts. Some of these elusive establishments go so far as to require a secret password or a code for entry. Fortunately, the trouble of trying to get in is often well worth it. After all, secret bars and restaurants aren’t staying in business because of advertising — they have something more to odffer whether its dinner eaten totally in the dark or an award winning cocktail menu. Whether you’re looking for a subterranean speakeasy with killer cocktails or an adults-only Italian institution that doesn’t exist online, here are eight hidden bars and restaurants that belong on every traveler’s bucket list. 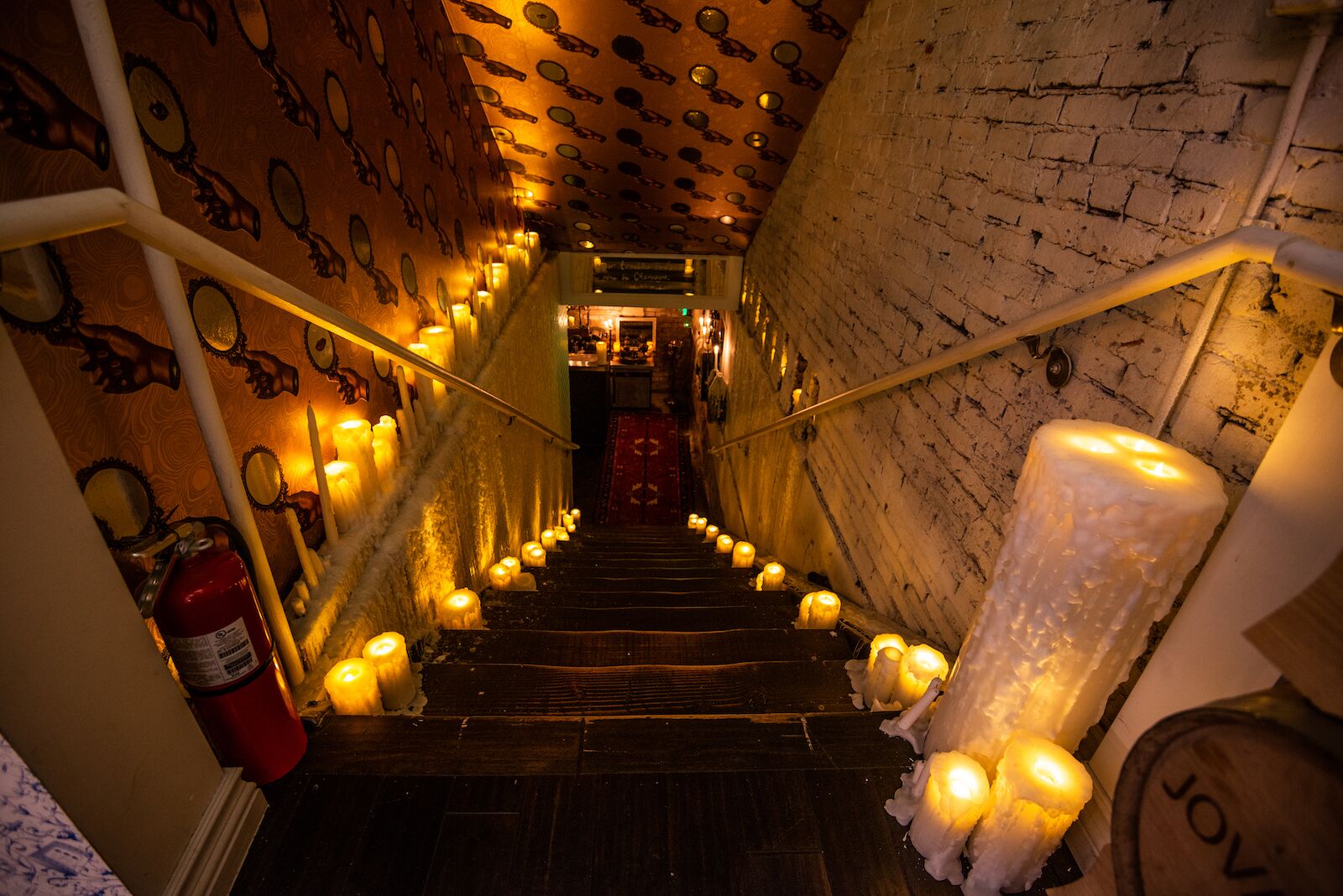 In Italian, “sotto voce” translates to soft voice, something said quietly so as not to be overheard. The phrase is perfect for describing this dark, dimly-lit dining venue – accessible by candlelit staircase – once used to host gatherings during the Prohibition Era. Today, it’s the underground extension of one of Denver’s most popular Italian joints, Jovanina’s. The space dates back to 1880, and patrons can even enjoy their libations in a section of the restored Prohibition tunnel that once linked this unassuming lair with downtown Denver. If you know to ask for it, you can order food from Jovanina’s full menu. The restaurant specializes in woodfired pizza and handmade pastas that pay homage to the owner’s Italian heritage. 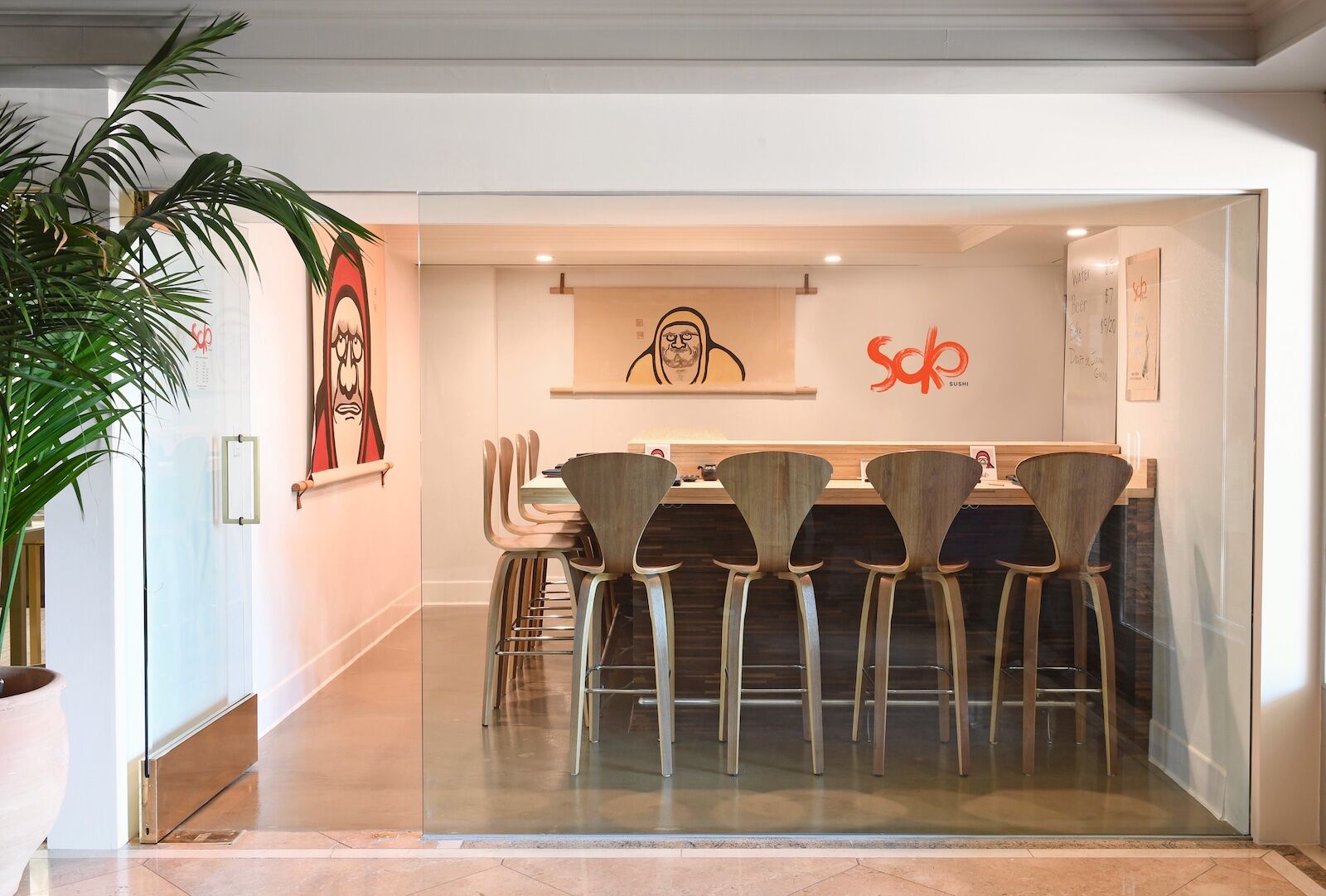 In Japanese, “soto” means storeroom. With just eight seats, this new, aptly-named sushi bar is found inside a corner nook in the lobby of the massive Fairmont Miramar Hotel & Bungalows. In a former life, the space was used as a liquor closet. Today, it’s where award-winning sushi chef Chef Masa Shimakawa serves up a la cart nigiri (don’t leave without sampling the Omega Blue Kanpachi), and new this summer – a six-course, chef’s choice, omakase pairing. Soko, a mainstay on many best-of Los Angeles restaurant lists, also offers one of the city’s most sought after saki menus.

Embrace your inner Jason Bourne at this espionage-inspired refuge refueling spies since 1966. The entrance is down an alleyway behind a red door bearing a fake business name, “International Exports, Ltd.” To gain entry, you must either know the password – from word of mouth because it’s not posted online – or pass a clearance test. The test usually involves hula hooping, acting like an animal, or doing something silly. It’s all captured on hidden cameras and broadcast on closed circuit TVs hanging above the SafeHouse bar. Truthfully, most folks come for the experience, not the overpriced sports bar fare. However, the kid-friendly menu does have cool-sounding dishes like Compromised Chips and Dip, Blacklisted Chicken Tenders, and a Cuban Missile Crisis sandwich. 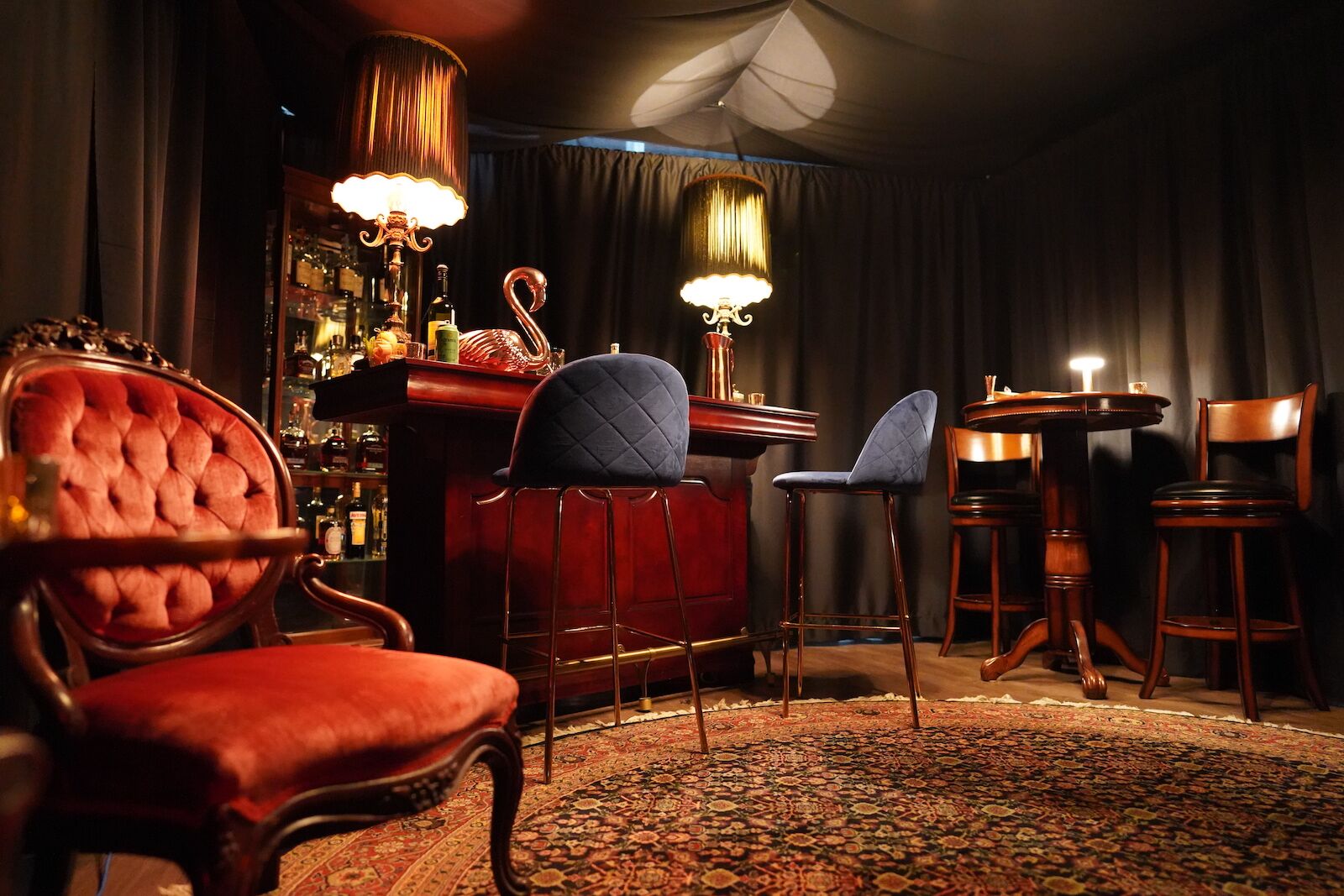 Entering Room 901, a converted Hyatt Centric Las Olas guestroom now serving cocktails and small bites to the 21 and over crowd, is like traveling back in time to the Roaring Twenties. Of course, first you have to cross the threshold, and it’s a convoluted process. First, make reservations online to get the secret passcode. Next, tell the passcode to the receptionist at the hotel’s front desk. They’ll give you an unmarked card to use in the building’s elevator. Ride the lift to the ninth floor, walk down the hallway until you reach the room with the red light, and finally, knock twice on the door. The menu, not posted online, is a secret. But a PR rep for the hotel says Chef Greg McGowan’s bites might include Wagyu Beef Katsu Sando and pan-roasted octopus. You just never know until you’re in. 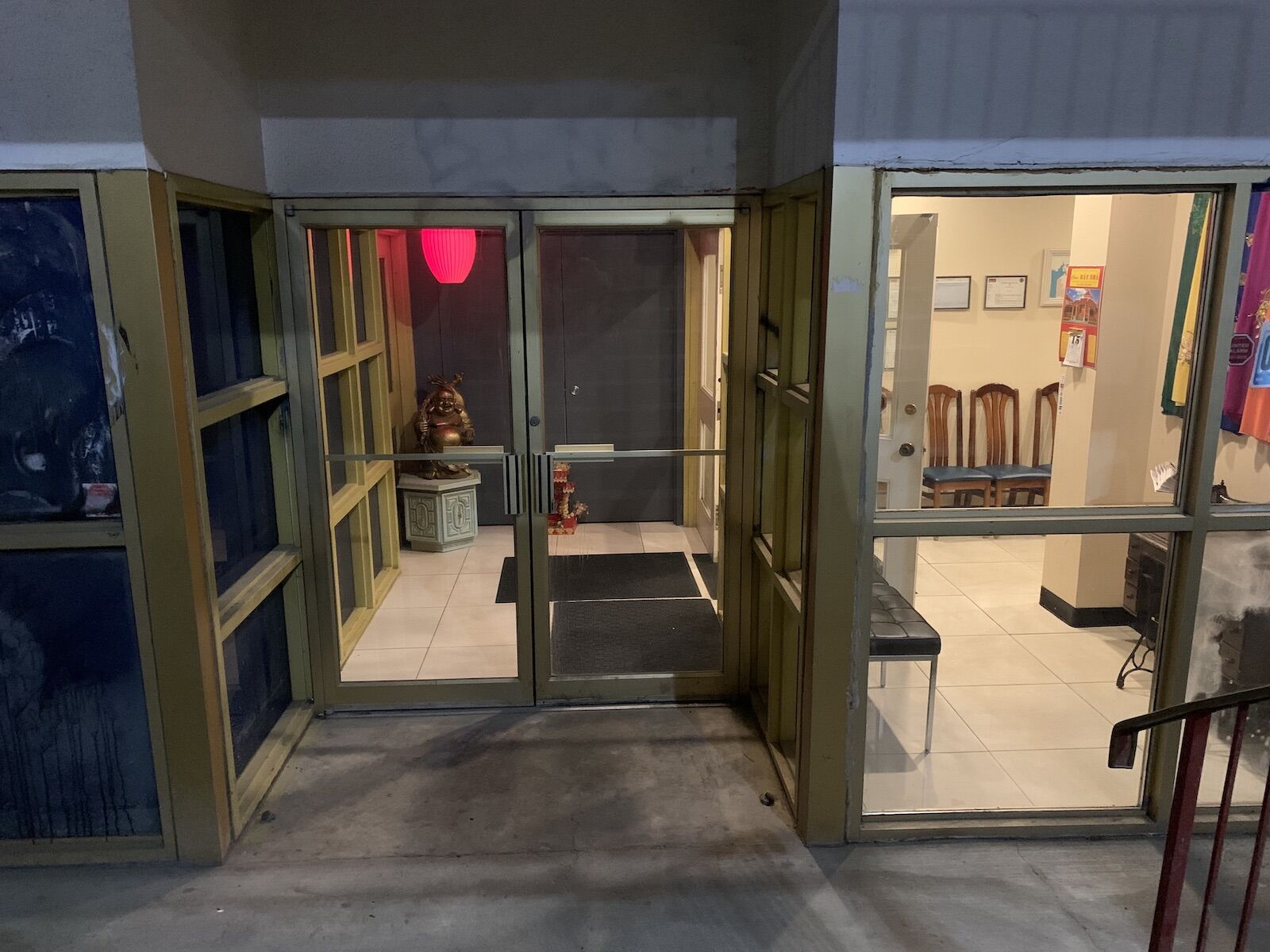 A Spirited Awards nominee for “Best International Cocktail Bar,” this basement level Vietnamese speakeasy is one of Calgary’s worst-kept secrets. It may be well known; however, it’s hard to find. In lieu of a sign, the owners have simply hung a paper lantern at the entryway. While prices seem high for the small portions, there’s no denying the food and drinks are phenomenal. On Google, Paper Lantern has an impressive 4.8-star average rating. The restaurant serves up Vietnamese street food like cu kieu (pickled leeks), kho muc nuong (dried squid), and an assorted selection of banh mi best paired with the Banana Old Fashioned. Not in the mood to choose? Ask your server for the “What’s the Kitchen Having” – a rotating menu featuring what the kitchen crew is eating that day.

The internet hadn’t yet caught on when this Jacksonville institution devoted to Italian food was founded in the 1980s. Thirty-some years later, the restaurant still doesn’t have a website. And social media? Fuggedaboutit! There’s not even a sign. Reservations, available only by phone are required. If your request is accepted, the owner will give you directions to the place. Otherwise, it’s notoriously hard to find. La Cena is famous for its irresistible homemade breadsticks, its fresh Caesar dressing (you’ll want to take it home by the bottle), and its generous portions that often turn into several meals. Unfortunately, or fortunately depending on how you look at it, kids aren’t allowed.

Dans le Noir, all over the world

Dans le Noir may be the easiest restaurant on this list to find, but you’ll be kept in the dark, literally, for the majority of your experience. For starters, the menu – which contains set courses described as a color – is not disclosed until after you’ve eaten. Then there’s the fact you’re dining in a pitch-black room at a giant table shared with strangers. Your waitstaff? They’re all either blind or visually impaired. Fortunately, the chef uses lights in the kitchen and all of the dishes are tested by “sensory experts” to ensure they’ll be satisfying sans a light source. Without the distraction of sight, your taste buds will exercise muscles they never knew they had. Dans Le Noir has 11 locations around the world including London, Cairo, and even Auckland. None of them are responsible for stains – and there will be accidents – so don’t wear your nicest outfit. 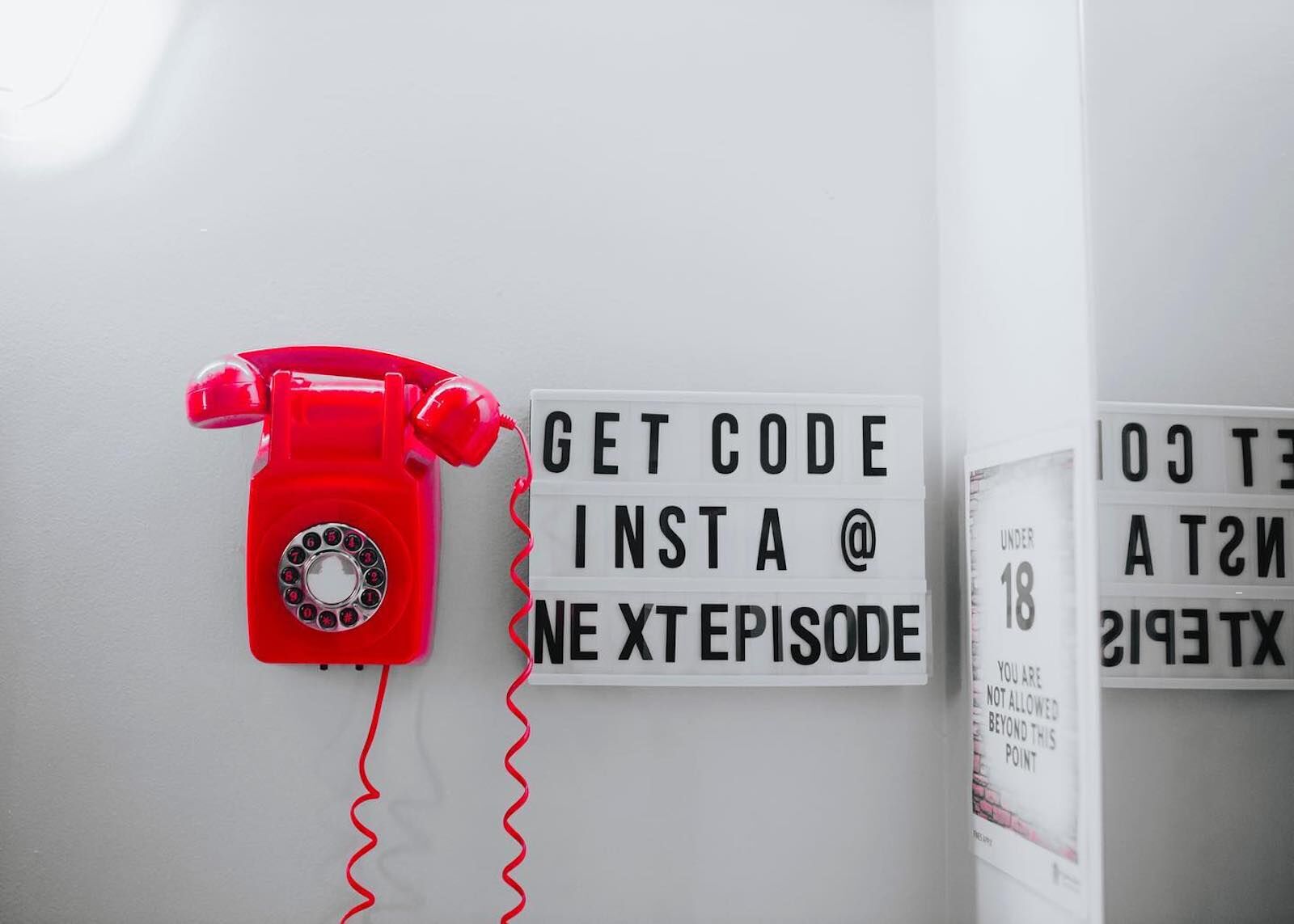 Don’t be fooled by the powder blue barbershop storefront; it’s a decoy. 5/27 Cordelia St. in the Fish Lane neighborhood is actually home to Brisbane’s hottest hip-hop themed underground cocktail bar. To access the bar you have to get a not-so-secret code from Next Episode’s Instagram page. It changes weekly. Inside the “barbershop” is a red vintage phone that never rings. Dial the code and it opens a secret door disguised as a mirror. Now that the easy part is over, it’s time for the hard part: deciding what to drink. The cocktail menu is full of elaborate odes to artists both past and present. There’s the signature 99 Problems But a Drink Ain’t One, the spicy Wu-Tang Slam, the Malibu rum-infused Cardi Beach, and the Biggie S’mores. Hungry? Next Episode doesn’t serve food, but they’ll look the other way if you order in from Roddy’s Rippin’ Rib Shack next door.

NewsWatch: What It’s Like To Dine at the Most Expensive Restaurant in the World
Tagged
Food + Drink Restaurants + Bars
What did you think of this story?
Meh
Good
Awesome

The Truth About Artificial Vanilla Extract (and Why You Should Always Splurge for Pure)
The 7 Best Old-School Italian Restaurants in Atlantic City
This Historic Castle Distillery Is the Best Place To Drink in Kentucky Bourbon Country
Every Michelin Star Restaurant in Las Vegas and How Much They Cost
The Ultimate Food Tour of New Haven, the Birthplace of American Pizza