The Aspen Highlands Bowl, atop Aspen Highlands resort in Aspen, Colorado, is among the most sought-after ski hikes in Colorado. This peak is the best in-bounds ski summit in the state, with access to more than a dozen “must ski” runs for any advanced skier or snowboarder. At the summit, you stand 12,392 feet above sea level with views looking out across the Roaring Fork Valley — the resort’s “normal” ski runs far below and out of sight. It’s epic, but it also requires a tough hike from the top of the resort’s lift-accessed terrain. Here’s how to get the most reward for your effort.

Prepping for the hike 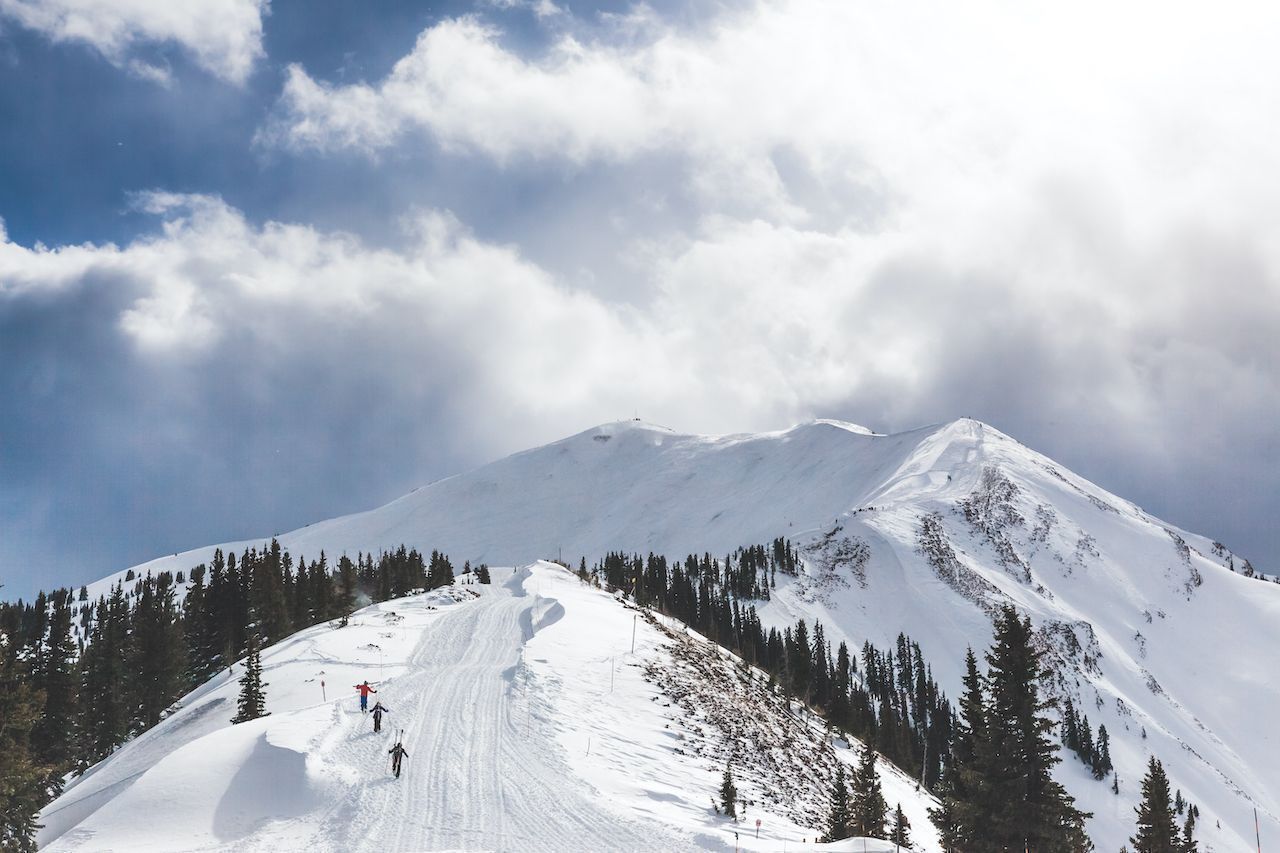 The Highland Bowl boot pack takes you 782 feet up in elevation from the top of Highlands’ highest chairlifts, Loge Peak and Deep Temerity. The hike itself takes between 30 and 60 minutes, depending on your level of fitness and experience in ascending steep ridgelines at high altitudes while wearing and carrying ski gear. The boot pack is established by ski patrol and locals early in the season, so you won’t be breaking trail — but will have to navigate tight steps carved out by ski boots where balance is essential. A slip could send you sliding a few feet down the side of the hill.

You’re likely to be one among a string of people hiking the peak at any given time, especially after a fresh snowfall. While it’s certainly acceptable to stop and rest for a moment, a moderate-but-steady pace establishes itself between those at the front of the pack and those in the middle and rear. If you need to catch your breath, do your best to step to the side where possible, or try to work some ground between you and those behind you if there isn’t enough room to the side for a safe pass. Skinning up the trail is also possible and can make the hike more quickly — though there’s no room for switchbacks, so the steepest parts must be taken in a straight ascent. You’d better hope your skins are in good condition.

It’s advisable to bring an avalanche beacon, shovel, and probe, though it’s not required. The terrain is mitigated by the Aspen Highlands ski patrol, but given the steep slope and wide-open bowl, no descents from the peak are outside of avalanche terrain. For this reason, your first run should be with someone who has done the hike before.

A snowcat from the top of the Deep Temerity lift runs during busy periods and takes skiers and boarders up to the initial Highland Bowl access gate, saving about 10 minutes of hiking from the top of the lifts, though most locals and diehards opt to walk the entire route. 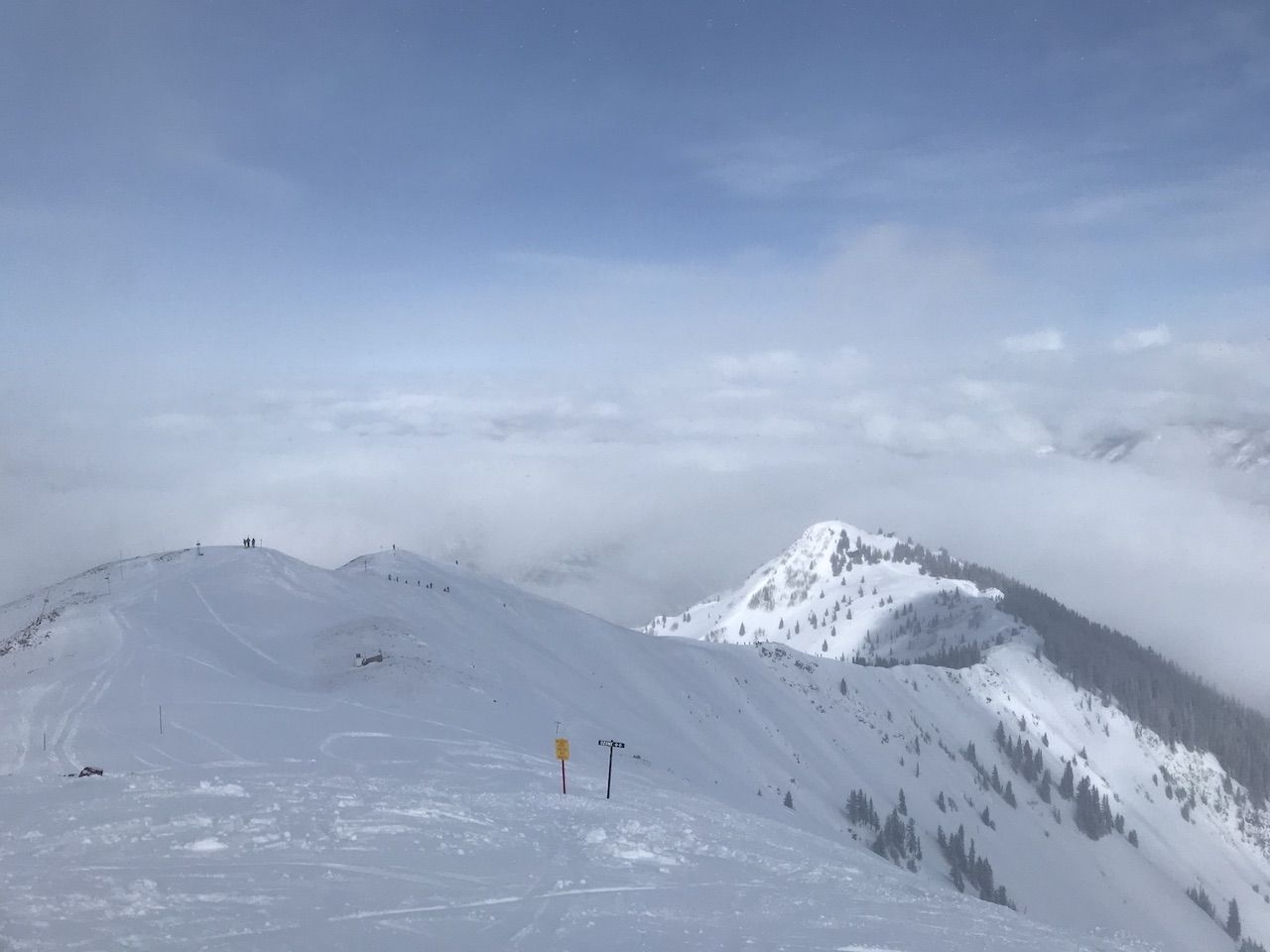 Along the hike, you’ll pass multiple gates. The first is the Main Gate, which signifies the start of the ascent and the end of what most Highlands skiers will ever experience. You’ll pass the Rock Out Gate and Fundeck Gate en route to the summit, where the Peak Gate awaits. Before dropping into the gladed runs on the far side of the bowl, you’ll pass through the North Woods Gate. Locals have dubbed the toughest part of the hike to the summit “Heartattack Hill.” This brutal section is a steep ascent up the side of the peak characterized by tightly spaced boot prints and a sharp drop off to the skier’s right. The hiking pace tends to slow during this section, which begins around the Rock Out backcountry access gate and tops out near the drop-in point for the rightfully named Steep N’ Deep run.

About half of the total hike time should be allotted for this section. Don’t feel the need to rush it, as most people will need to stop for a break or two and the single-file stream of skiers on a busy day is only as fast as the slowest person. It’s far more important to keep yourself — and your skis/board — together than it is to sprint up because there’s still a solid, and only slightly less steep, 10-minute push to the summit afterward.

Dropping into the good stuff 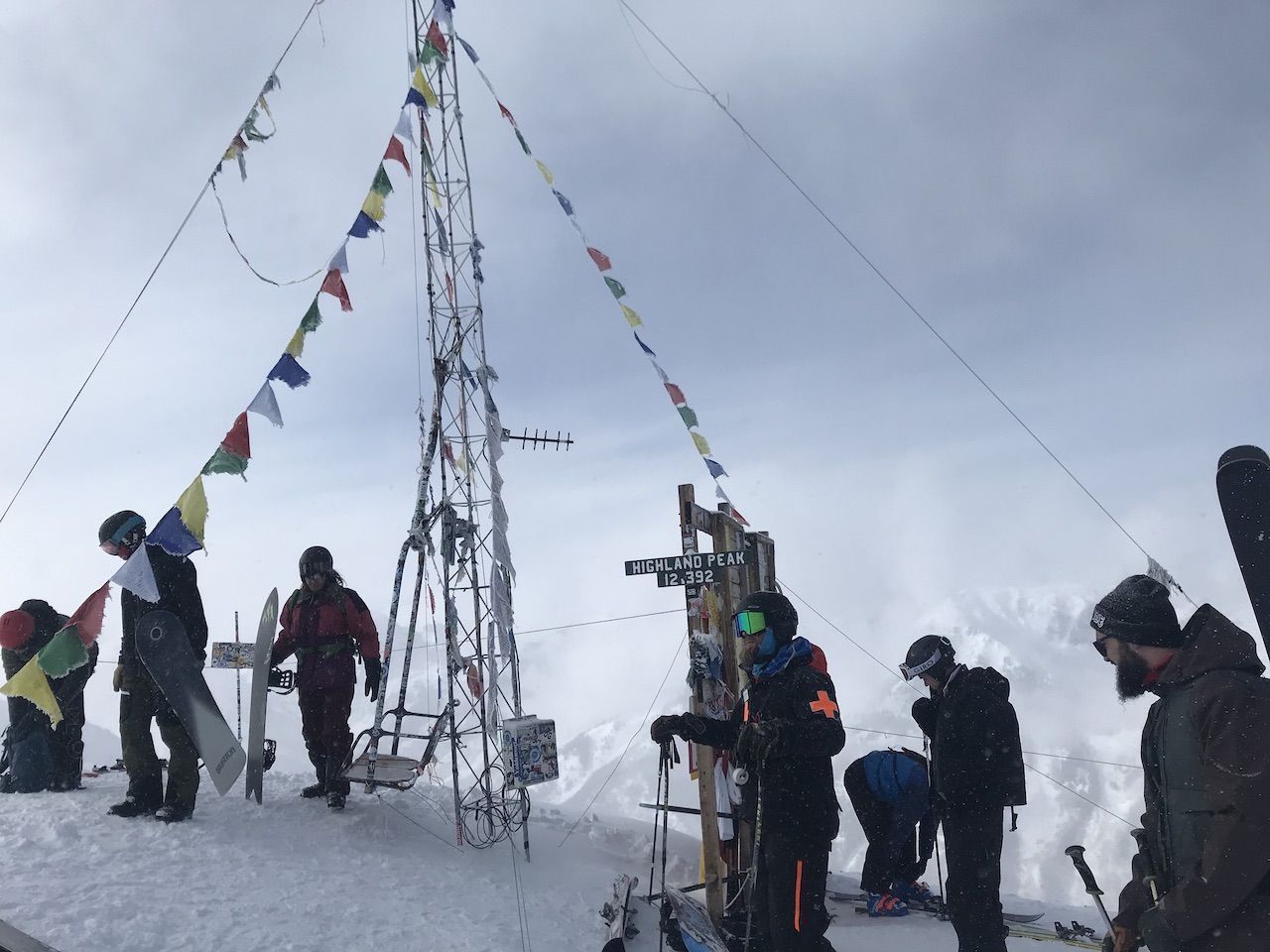 You’re likely huffing and puffing by the time you reach the prayer flags at the summit. Take a photo of yourself in front of the elevation sign and flags and a few of the surrounding peaks if the day is clear. This is also your chance to drink some water, high five your ski buddies, and revel in the fact that you just checked off Aspen’s most challenging in-bounds hike.

Then, it’s time for the reward. The most challenging lines down are directly off the peak; Full Curl, Ozone, and Be One drop you directly into open but very steep terrain where tight turns are essential. Slopes on these runs reach upwards of 45 degrees, meaning that a fall could send you sliding for quite a while — though the open bowl is generally free of hazards such as trees or exposed stumps and rocks. (That said, thin or wind-blown snow cover can increase the risk of exposed hard matter).

For a longer and gladed run, head skier’s right towards the G zones two through eight, with eight being closest to the summit and thus the steepest, and two through five requiring a traverse down the open ridge. If you climb during or immediately after a storm, the best powder is likely to be found in the trees of G-2 and G-3, but for the most intense face shots, drop into White Kitchen, just down the other side from the peak.

No matter which run you choose, the terrain funnels back towards the center of the mountain and the out-run back to the Deep Temerity Lift. Round trip, expect the hike and run down to take about 50 to 70 minutes. If you’re up for another go, the lift will drop you right at the base of the hike. The record for most bowl laps in one day is 11 — though if you can do two laps in a day, you’re in the top 90 percent of Highlands Bowl skiers. 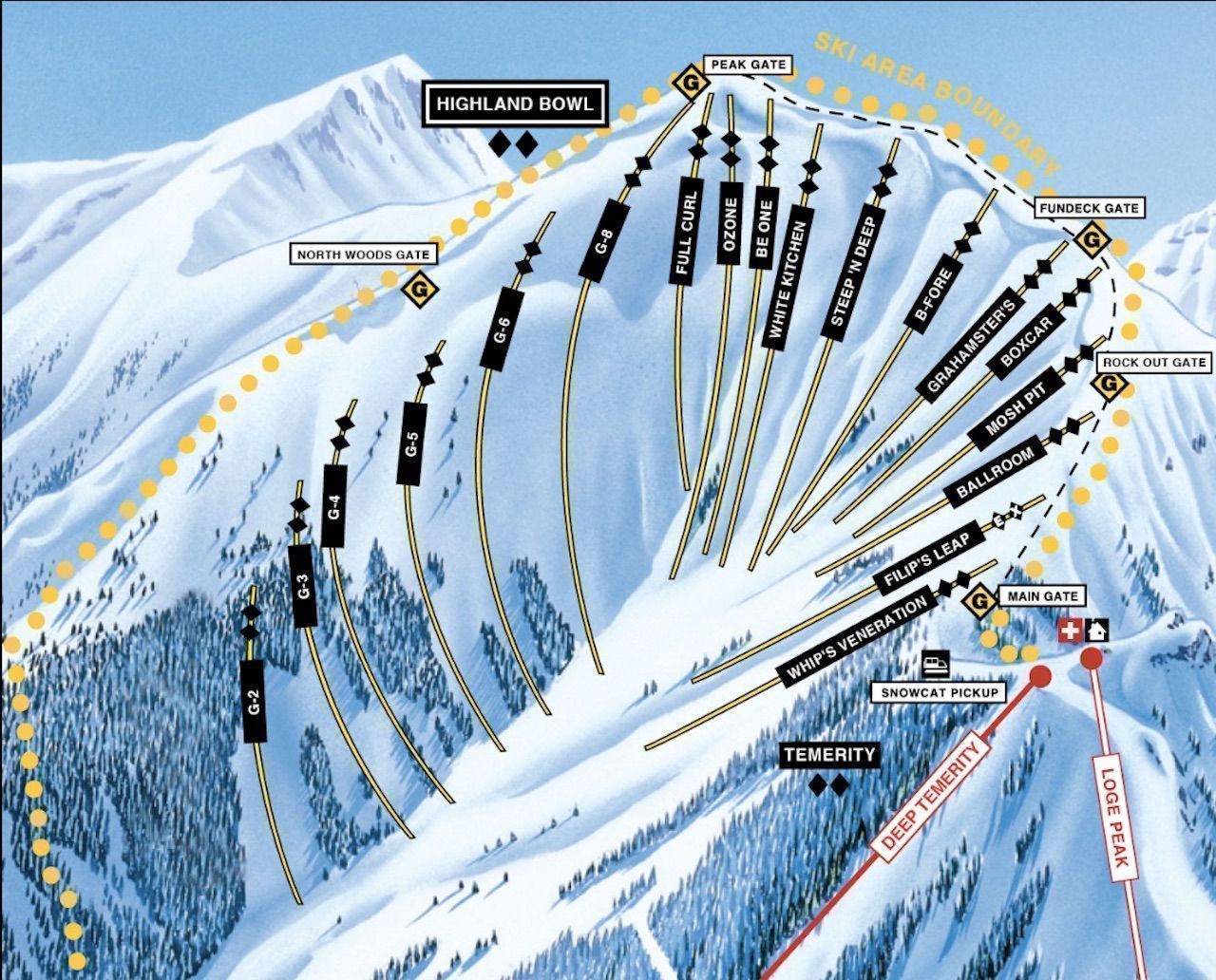 In the push for summit bragging rights, many skiers of Highland Bowl walk right by some of its best terrain. Just a few minutes’ hike from the main access gate is Filip’s Leap, one of the toughest runs at any Aspen resort, characterized by sparsely spaced trees and steep jump turns. Adjacent runs Whip’s Veneration and Ballroom also offer deep powder, albeit shorter runs.

Budget TravelHow To Hack Winter in Aspen on a Budget
Tagged
Hiking Insider Guides Colorado, United States
What did you think of this story?
Meh
Good
Awesome