On San Francisco’s Baker Beach, a dead humpback whale washed up on shore on Tuesday, April 21, and locals are turning out for a glimpse of the poor creature. According to scientists from the Marine Mammal Center and the California Academy of Sciences, which performed a partial necropsy, the whale is a 37-foot-long female juvenile and its carcass is severely decomposed. The cause of its death has not yet been determined, but more details will be known after the release of a final necropsy report.

Dr. Pádraig Duignan, chief pathologist at the Sausalito-based Marine Mammal Center, told SFGate, “As we investigate why this whale died, we ask people to keep their distance from the whale, not only because of shelter-in-place orders but also due to any potential diseases the animal might have that could transmit to people. Whale necropsies are critical to provide insights into the overall health of these animals and their ocean environment, including human activity that can impact them, with the goal of understanding how best to protect these magnificent animals.” 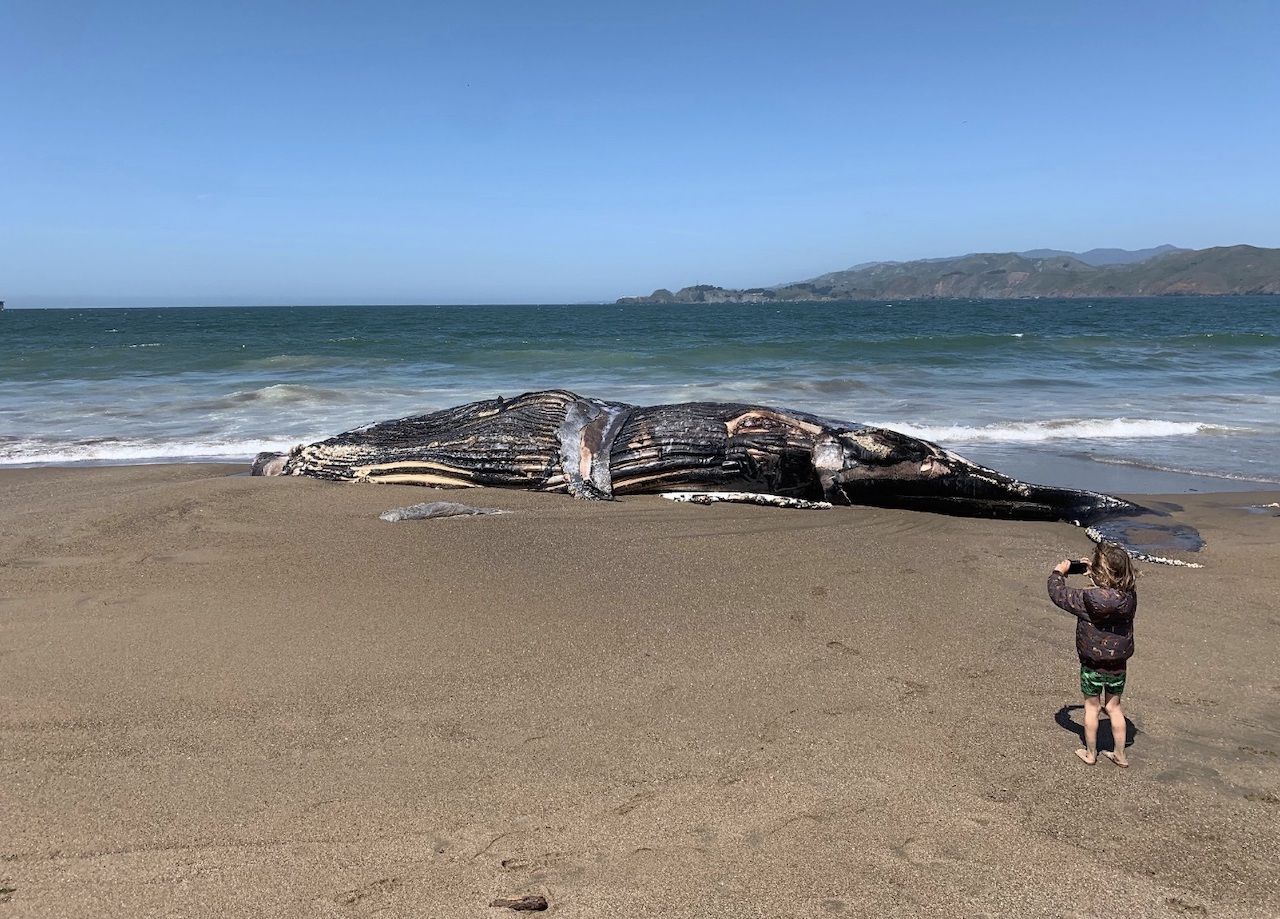 Authorities are urging crowds to stay away. This is partly so that people don’t get too close to a potentially contaminated carcass, and also so that people continue to observe the Bay Area’s strict social distancing laws.

Forget whale watching. Bear watching is our new favorite activity
Tagged
News Wildlife
What did you think of this story?
Meh
Good
Awesome