Cultural conventions for naming newborn babies vary around the world and reveal a great deal about social priorities and history.

The Navajo of the US Southwest use their first name and their two clan names when introducing themselves, and they relay their mother’s clan line before the father’s. This tradition shows the tribe’s matriarchal focus. In Spain and most of its former colonies, such as Mexico, babies are given each of their parents’ surnames but the order tends to reflect the patriarchy, with the father’s last name almost always coming before the mother’s.

In Iceland, traditional infant-naming conventions are so integral to the culture that they’re protected by law. Icelanders’ long-standing tradition of giving a newborn its father’s first name for a surname is unique. It’s confusing for outsiders, and sometimes frustrating for the Icelanders themselves, but it serves a major function: It keeps Icelandic tradition alive.

When a baby is born, it will almost always inherit its father’s first name, or patronym. The suffix -son (“son of”) is added on if the child is a boy. For example, if a baby’s father’s first name is Aron, arguably the most common Icelandic boy’s name, his last name would be Aronsson.

If the baby is a girl, the suffix -dóttir (“daughter of”) is tacked on to father’s name (often with an “ar” or an “s” before the suffix for pronunciation). The world-famous Icelander singer Björk Guðmundsdóttir’s father was named Guðmund.

If the mother’s first name is the also-popular Katrín, there’s a chance the child’s surname could be Katrínardottir. Using the matronym is rare and usually indicates a falling out between the parents. That’s not always the case, however. As of 1991, parents may choose which name comes first but it’s almost always the father’s.

As of 2019, Iceland passed a Gender Autonomy Act, and gendered naming conventions began to evolve to reflect a more inclusive era. Prior to this act, a girl could not have a traditionally masculine first name, or vice versa. Now parents can select from all registered names.

If an individual is officially registered with the government as non-binary, or gender “X,” they may change their surname suffix to -bur, which means “child of.” A person born as Selma Egilsdóttir can now be Selma Egilsbur. 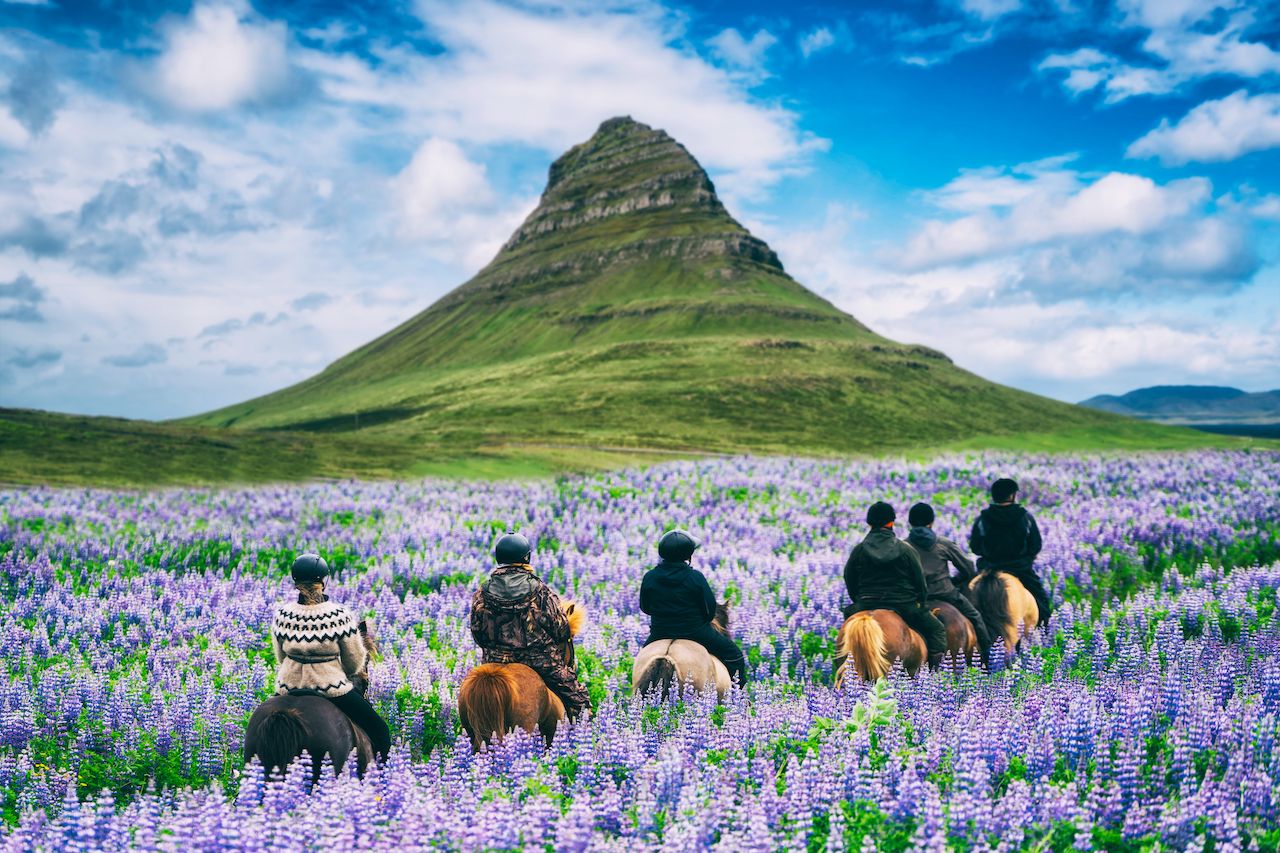 This specific newborn naming convention used to occur throughout much of the Nordic region. Today, though, only Iceland retains it. Those who wish to adopt original family surnames need to obtain express permission from the strict Icelandic Naming Commission (Mannanafnaskrá).

Founded in 1991, the Icelandic Naming Commission must approve any name-related challenges or change requests, including first, middle, and last names. The commission also regulates what new names can be registered into the 1,200-year-old language, keeping a tight grip on heritage.

The goal of all these regulations is to ensure the continuance of Icelandic. All names must carry on the alphabet, grammar, declination, suffixes, and pronunciation integral to the language. Also, a name must “not cause the bearer embarrassment,” according to the commission, which also rules that no one can have more than three names in addition to their surname (but only one can be a middle name). There are a total of just over 1,700 approved boys’ names and about 1,850 girls’ names.

If a first-name adoption or change is rejected, the commission often defaults to renaming the person “Drengur” (boy) or “Stúlka” (girl). According to Icelandic law, parents have six months to name their child. But in the 2014 case of Harriett and Duncan Cardew, a sister and brother duo whose names were not recognized by the Icelandic National Registry, the two children had passports with the “Stúlka” and “Drengur” placeholders until they were 10 and 12 years of age.

Keeping a language alive can be tough in places with populations as low as Iceland’s — a nation with only about 360,000 citizens and a fertility rate of 1.8 births per woman, waning since the 1960s. But even in such a small country, when no new surnames can emerge, it can be difficult to tell who’s who. The nation’s phone books are arranged by people’s first names and note the individual’s occupation to ease the confusion. Generally, people only refer to one another by their first names anyway, but in the case of a plurality of Björks at a party, middle names are used as well.

The naming convention can be a hassle in hospitals and airports, especially when Icelanders move abroad, where, in almost all cases, children are expected to inherit a unified family surname. Iceland doesn’t have family surnames, and upon marriage, neither partner takes the other’s last name.

Problems can also arise when parents who have roots in another country want to give their Iceland-born child a foreign name that would reflect their origins. In that case, however, both parents must be nationals of another country than Iceland to be allowed to pick from outside of the list of approved names (and they must also give the child an Icelandic one from the list).

Difficult and regulated as it might be, there is something to be said for the maintenance of language and tradition — and for the fact that Icelandic kids are protected from getting a silly name like Blanket, Blue Ivy, North, or Apple.

Expat LifeHow To Find a Job and Move To Iceland
Tagged
Culture Iceland
What did you think of this story?
Meh
Good
Awesome