The name Unnur comes from the time of the Vikings. She was one of nine daughters of Ægir, the god of the sea. Icelandic photographer and surfer Elli Thor has one daughter, taking this one name. The new documentary film Unnur from Director Chris Burkard and writer Matt McDonald tells Thor’s story of living in a remote coastal cabin in Iceland, seeking to pass his passion for the outdoors onto his daughter while reaffirming his own belief in a natural way of living.

“For me the story of Elli Thor raising his daughter as a single parent is something near and dear to me,” said Director Chris Burkard in a statement. “Growing up in a single-parent home I watched my own mom balance the risks of raising me in a way that would allow me to carve my own path while not passing on an inherent fear of the unknown. This film is for everyone who hopes to raise kids and share with them the places and experiences they cherish most. It is a tribute to the complicated world of parenthood.”

Unnur is a thought-provoking story loaded with symbolic takeaways for the viewer to apply to his or her own life. These are five of the most important.

While on a kayaking trip in the north of Iceland 10 years prior, Thor found himself stuck in a cave after running a waterfall in rough conditions. He passed out and nearly didn’t make it back to shore. Though he survived, the experience scarred him. For Thor, walking away from kayaking stripped a major source of passion and inspiration from his life. He contemplated moving to the city and pursuing a “normal” life. But it wasn’t the “straight and narrow” that helped him find a new meaning in life.

Instead, Thor found meaning through surfing and photography — not merely the actions themselves but the way these activities helped him to connect with the world around him. A passion for living was born of stepping outside of the grind and connecting with the natural surroundings within his homeland. Through the privilege of being a father, he found purpose through passing that passion along to Unnur.

“I think a lot of Icelanders want the same thing as so many other people want,” Thor says in the film. “They want the big house, the two-car garage, and the flat-screen TV.”

That didn’t cut it for Thor, who discovered early on that he was happiest when he stepped away from those things. “I’ve always prioritized living close to nature. I think it’s where I feel the happiest and the most content.”

Thor notes how often he’s questioned his decision to live in a remote, oceanside cabin rather than purchase a home in Reykjavik. He wrestles with this as a form of escapism. But his feelings are confirmed each time he visits the city.

3. Parents are going to be parents — and that means worrying. 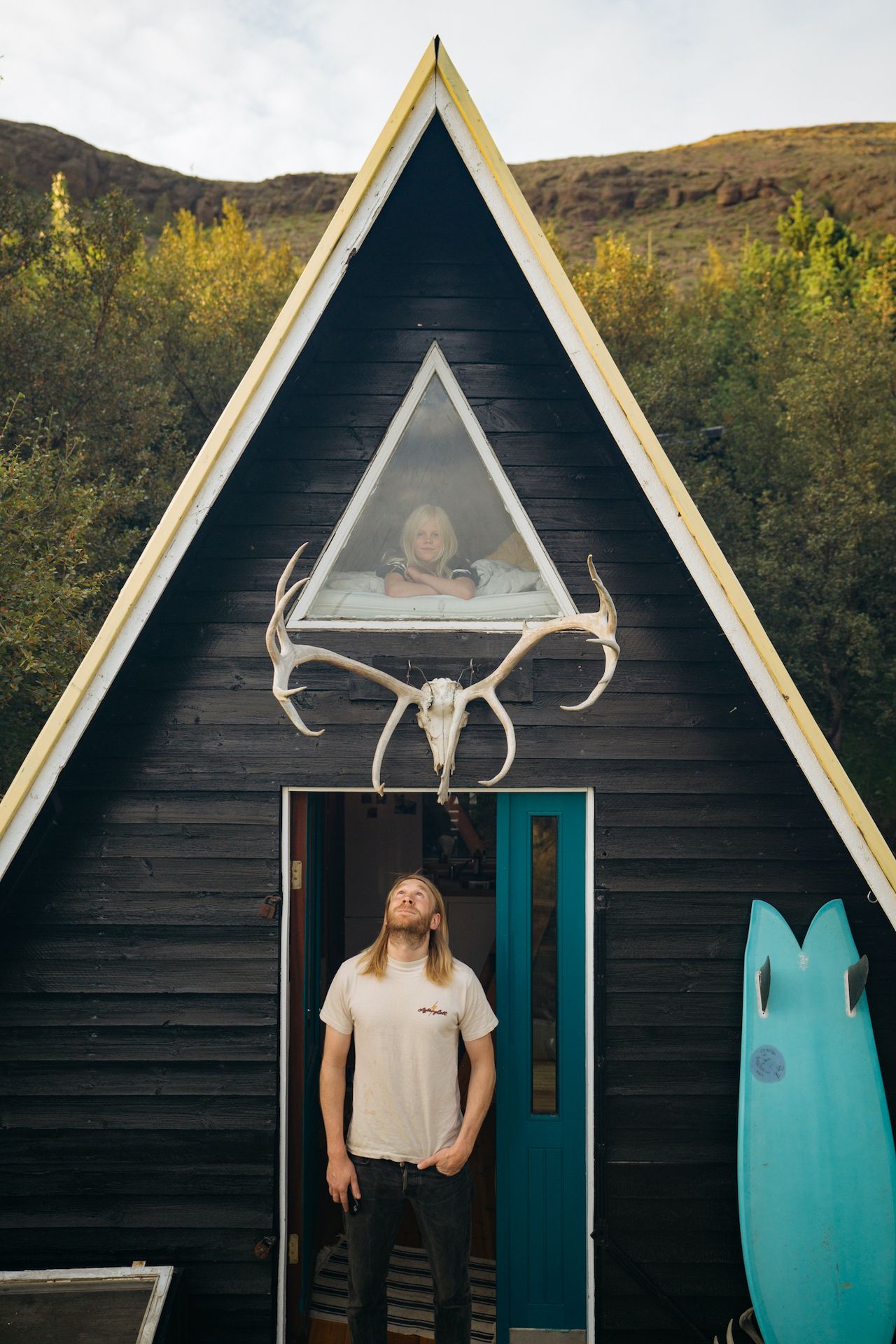 “We spend our days together playing in the ocean, but I also worry about her missing out on all the normal kid things,” Thor says of his young daughter.

Thor also worries about the life he is creating for Unnur and the legacy that he is going to leave her with. Will she appreciate living close to nature as she grows older? And will she think back fondly of the time the two spent together?

“As a parent, you can only dream that your kid carries on what you love most,” Thor says.

The uniqueness of his lifestyle and profession prove to be defining characteristics of Thor’s aptitude as a father. “To [my parents], having kids never stopped them from doing what they loved,” Thor says. “After I left home, my parents supported my adventures in a way that I’m amazed by sometimes. They gave me incredible trust, and I’m sure they worried.”

4. This trust — and the accompanying worry — came full circle with Unnur.

One common theme running through Unnur is whether or not Thor actually believes in what he is doing and how he is raising his daughter. His wonders if he is being selfish and prioritizing his own passions and hobbies over what will provide the best future for Unnur.

“I knew when Unnur was born that a lot of things would change,” Thor says. “And that there would be more pressure to live a ‘normal life.’”

Beyond his time with Unnur, Thor grapples with the perceived value of earning a living as a surf photographer. He admits having faced the judgment of friends and family who think his profession is a waste of time. This thought also seems to tug at Thor, particularly given that there are so few surfers in Iceland.

Burkard’s narrative walks the viewer through Thor’s uncertainties in life and parenting. What we see is one man’s inner struggle as it manifests throughout his life. The viewer, particularly if he or she is a parent, undoubtedly comes away relating that feeling to their own life. This is the film’s ultimate message — that life is about discovering who you are and who you want to be, and that teaching honesty and passion to your children is its greatest achievement.

5. When it comes to being a parent, name is not the same as deed.

To be a father, Thor learned, one must be patient and present with their kin. In their case, surfing and Iceland’s stunning landscape helped Thor bridge that gap with his daughter. But it was ultimately his own realization of the role he needed to play, and of how to use his own personal growth to fill those shoes, that transformed Thor into the man he became in the film. Becoming a father is the easy part. Actually being a father is the most profound responsibility a man could have.