I smelled them before I saw them. Two boys, both around four years old, roaming around a music store in downtown Reykjavik with an aroma of ammonia, fish, and rottenness trailing behind them. An employee bent down to speak to one of the boys and asked in Icelandic if he had eaten hakarl, or fermented shark. An enthusiastic “Ja!”’ was the reply. “Vel gert!” She smiled and gave him a high five. The other child wore a handmade crown, the kind you make in kindergarten with construction paper, glitter, and feathers. In this case, the crown had pictures of traditional foods like sheep head that are eaten during the þorrablót festival. It was Bóndadagur, the kick-off day to þorrablót season in Iceland.

Þorrablót (or Thorrablot) is an Icelandic pagan festival that was suppressed with the spread of Christianity around 1000 AD. In 1904, Iceland gained full independence from Denmark, and a rising nationalism movement brought Icelandic traditions to the forefront, including Þorrablót in the previous decades. The festival begins on the first Friday following January 19, known as the 13th week of winter in the country, and likely gets its name from Thor, the Nordic god of thunder, or the mythological king Thorri Snæsson. A big part of reviving Iceland’s festival was and is centered around traditional foods, and it’s the best time of year to try some of the dishes from Iceland’s past. 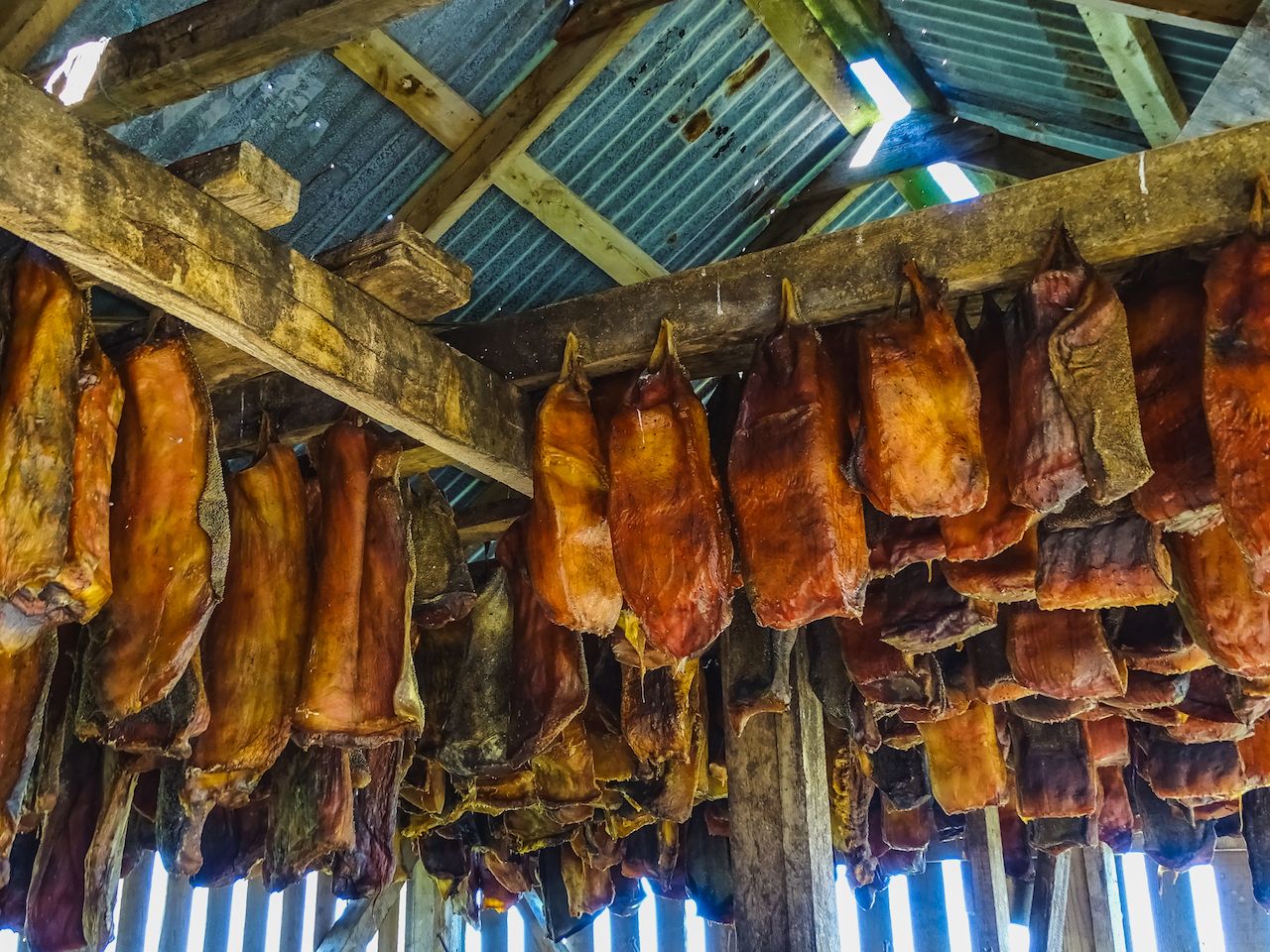 A short list of what you can expect to see: fermented shark, boiled sheep head, liver sausage, sour ram testicles, smoked lamb, dry fish, and plenty of local beer and liquor. These dishes can be traced back to the revival of the festival in the 1950s.

It can be a bit much for people unfamiliar with the ingredients, but you won’t be alone if you opt out of tasting. I asked several Icelandic friends if they would be participating in þorrablót this year, and the general consensus was, “No, it’s disgusting,” and “I don’t eat þorrafilth.” Even the late Anthony Bourdain, who tried nearly every so-called delicacy around the world, bemoaned fermented shark as “the single worst, most disgusting and terrible tasting thing” he’d ever eaten. Beyond its acquired taste, though, the food itself tells a broader story about the country. 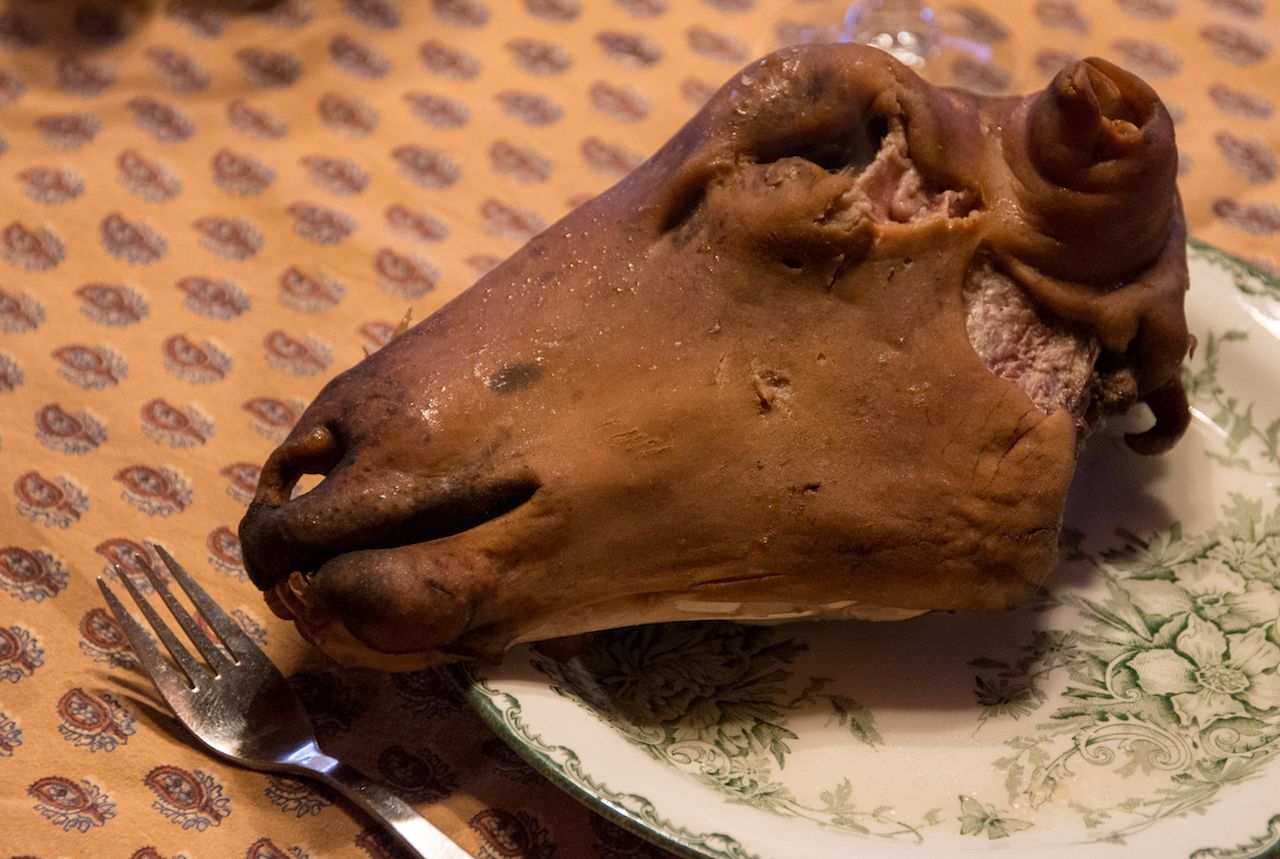 Whether you attend a traditional party or experience the cuisine at a local restaurant, there’s often an undertone of black humor to the promotion of the tradition. Advice on sampling the dishes tend to fall somewhere along the lines of “Don’t worry if you can’t hold back your gag reflex,” and “Just try not to focus too much on what you’re eating.”

Joking aside, Þorrablót is a way to preserve and claim ownership of community values and celebrate the history of Iceland. The foods are symbolic, and some locals are working to put more focus on the tradition itself instead of letting it turn into little more than a tourist attraction. Jón Ferdínand Estherarson, a political science and history student at the University of Iceland, tells me the ingredients were eaten out of necessity from the 1500s to the 1800s, and the circumstances surrounding the food culture are missing from many modern parties.

“The romantic nationalists of the Independence Era wanted to find national icons and symbols, shared commonalities to ‘unite’ us, but they had little benefit in representing the real misery and desperation behind the curtain,” he says. “It’s far from glamorous. It’d be fine if they were upfront about that, if there was a sense of meaning and shared sadness with our ancestors. A sense of respect for their sacrifices and hardship. But instead, it’s a debaucherous drunk fest. A functional þorrablót might be to dampen and temper our exaggerated sense of grandiose self as a nation. To imbue a sense of humility and gratitude into our collective psyche.”

Midwinter was an especially tough time for food. People were generally drawing on the last of their reserves that got them through the cold months, hence all the fermented foods. Today, it’s important to remember why these foods were chosen to represent the country. 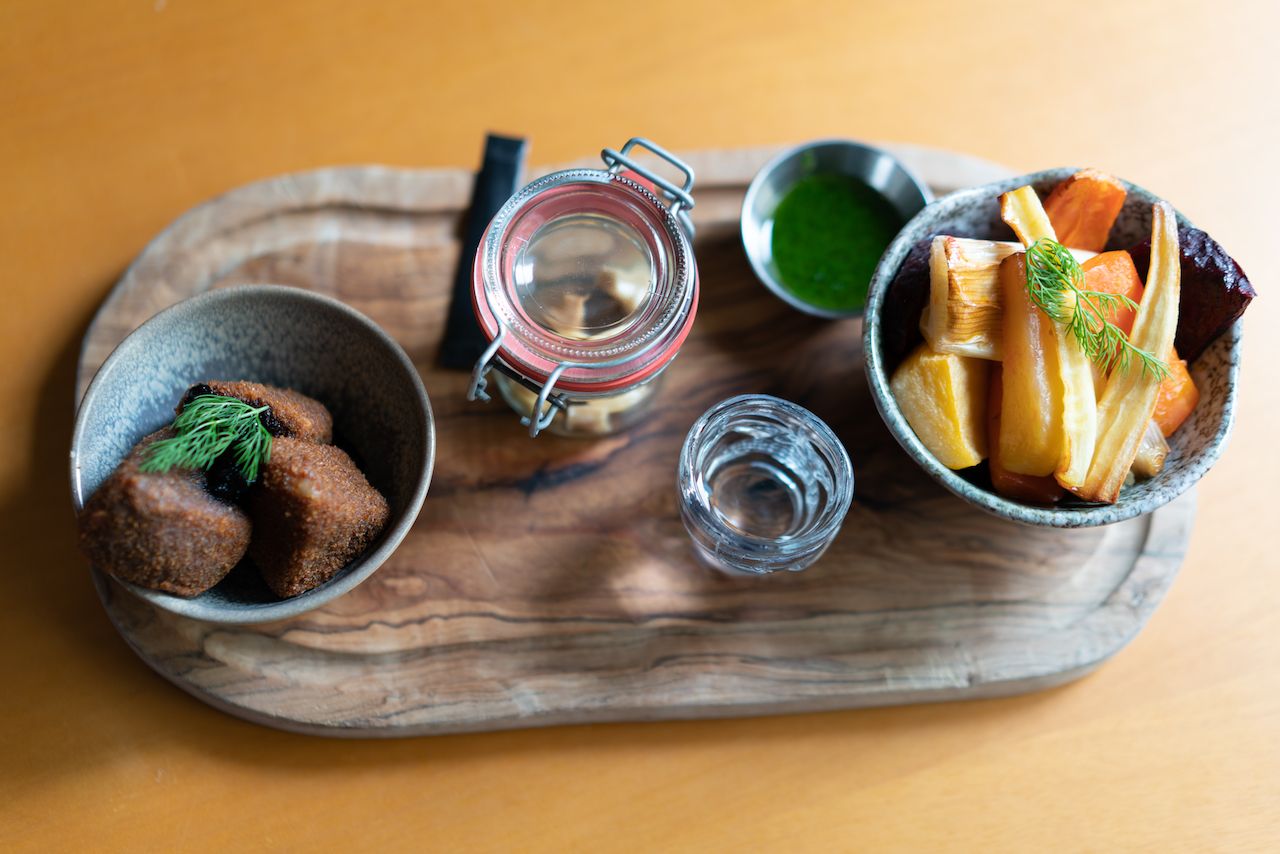 Traditions by their very nature are a way of reinterpreting history, and Þorrablót is no exception. It’s dynamic and evolves as generations adapt new perspectives — evidenced by my friends’ lack of interest in the foods on offer. In Iceland today, the tradition of þorrablót has two audiences. The first is the Icelandic community, where the festival serves to reinforce nationalistic pride and celebrate the country’s Viking past. The second is tourists intrigued by the food culture of Iceland. The latter should always follow the lead of people celebrating their heritage.

There are a couple of ways to try þorrablót meals. Both tourists and locals alike can purchase buckets of sour animal parts in Icelandic supermarkets and do the preparations themselves. You can also purchase a plate of þorramatur foods at tourist-friendly restaurants like Cafe Loki. Parties with buffet-style feasts are held in downtown Reykjavik and the countryside, but tourists should plan ahead if they want to score invitations or tickets to them. 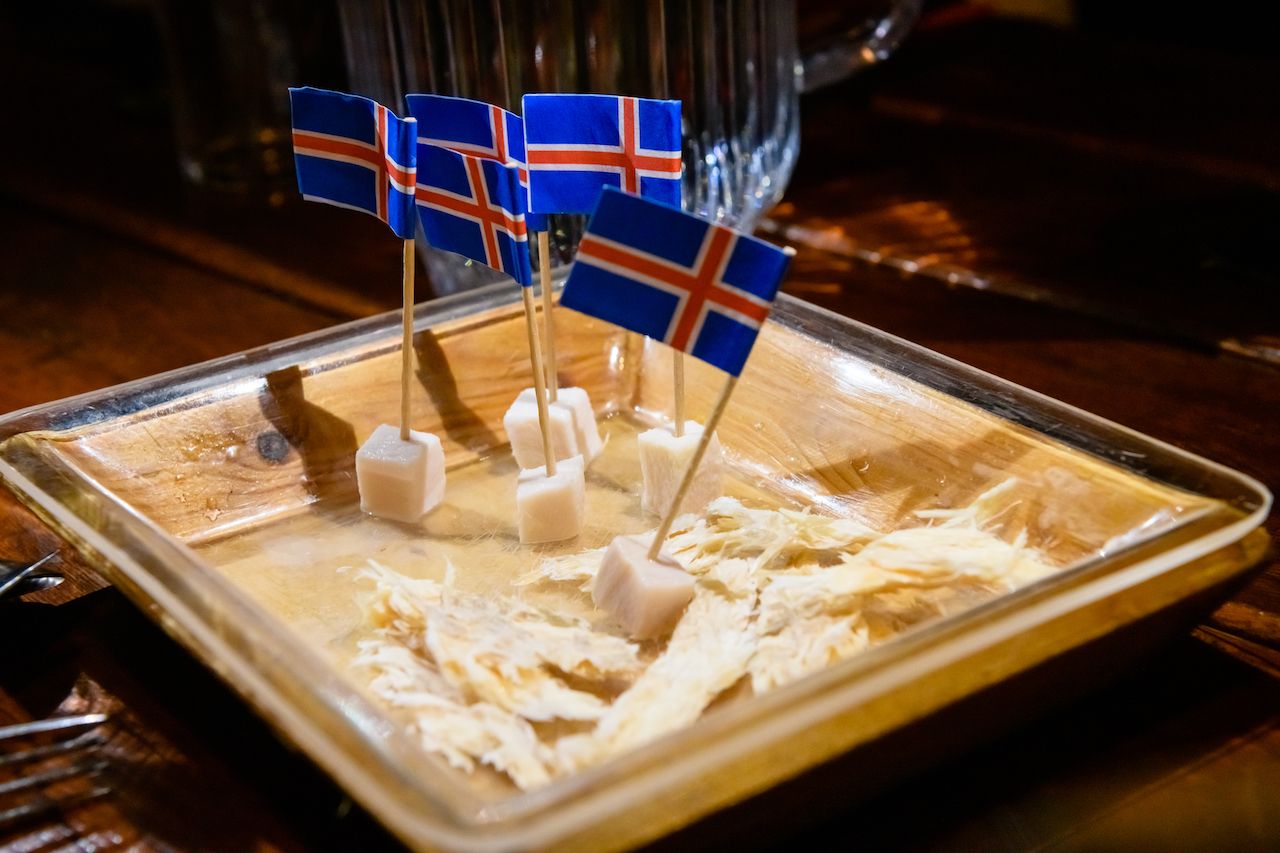 The continued preservation of these fermented foods and the consumption of them every year has little to do with the taste and more the symbolism and its deeper importance in Icelandic culture. Without respect to the past, the experience is susceptible to becoming neither historically accurate nor emotionally authentic, and at worst exploitative by tourists. But when celebrated properly, these traditional dishes can be an opportunity for reflection on Iceland’s storied history — whether you’re able to keep it down without grimacing or not.

Beaches and IslandsWhy You Need To Go To the Westman Islands in Iceland
Tagged
Festivals Food + Drink Iceland
What did you think of this story?
Meh
Good
Awesome