Some people might be surprised to learn that Mexico has a thriving wine industry. But for 500 years, winemakers in Mexico have adapted to an often inhospitable climate for fragile vines to produce wine that is finally gaining international recognition. Despite the fact that Spanish colonizers planted the first vitis vinifera vines in Mexico in 1521, the country is still considered a wine region on the rise — one that wine connoisseurs are watching closely.

The presence of wine in Mexico can be traced back to Hernan Cortez, the governor of what was then known as New Spain, who authorized colonists to plant “1,000 grape vines for every 100 indigenous workers they had,” Oscar Salazar, the wine director at The Cape hotel in Cabo San Lucas tells me. But the expansion of Mexican vineyards abruptly came to a halt in 1595, when King Phillip II of Spain ordered the “mass destruction of all vineyards in Mexico, because they became a commercial threat to Spanish wines.” The only people in Mexico permitted to make wine from that point forward were monks, who did so for religious and ceremonial purposes. In fact, a missionary named Junípero Serra was responsible for bringing grape vines from Baja California (Mexico’s largest wine region today) to what is now San Diego in Southern California in the 18th century.

It wasn’t until the 1980s that Mexican wine began to focus on quality. Before that, Salazar says that winemakers were focused on imitating other wine regions, like California or Italy. But in recent years, winemakers in Mexico have learned to “respect the soil and climate characteristics of each region,” playing with both modern and ancient wine production techniques.

Today, winemakers recognize that one benefit of the climate in Mexico is that, although hot, it’s also arid, meaning it doesn’t get humid — a climate characteristic to which grapevines are particularly averse. And modern vineyards tend to be located at altitudes as high as 7,400 feet above sea level (by comparison the highest elevation winery in California rests at 6,750 feet above sea level), where the air is cooler at night. But because the land is so dry, vineyards also require extensive irrigation.

Winery growth has been slow and steady in Mexico, and it shows no signs of slowing down. Wine Enthusiast reported that in 2006, there were only 25 commercial vineyards total in Mexico. Today, there are more than 100 wineries in Baja California’s Guadalupe Valley alone.

Mexico doesn’t have the traditional wine appellations that define wine regions in places like California, but that’s actually a positive because without laws and regulations about where certain grapes are grown and how the resulting wine is produced, wine makers are allowed to be more experimental. For instance, to combat issues like warming temperatures due to climate change, winemakers are planting vineyards at higher elevations, where the climate is cooler.

“We’ve also been seeing more organic and biodynamic farming, which tries to preserve the natural wine as much as possible, with no additive or chemical compounds that could interfere with flavor,” Salazar says. “The idea is to let the soil and terroir express itself completely.” He adds that natural wines and orange wines are beginning to pop up in places like the Guadalupe Valley and Guanajuato, a relatively new Mexican wine region.

When travel is once again safe, an outcome that might be on the horizon as vaccines become more widely available, a trip to Mexican wine country should be a top priority for travelers who not only want to expand their wine palate but who might be bored with the ubiquitousness of wine regions like Napa and Sonoma. For the adventurous wine connoisseur, Mexico isn’t uncharted territory exactly, but it’s still not quite the well traversed terrain of California. There is so much to be discovered, tasted, and toured in this still-growing country when it comes to wine. Here are the seven most important wine regions in Mexico, and what to try in each one. 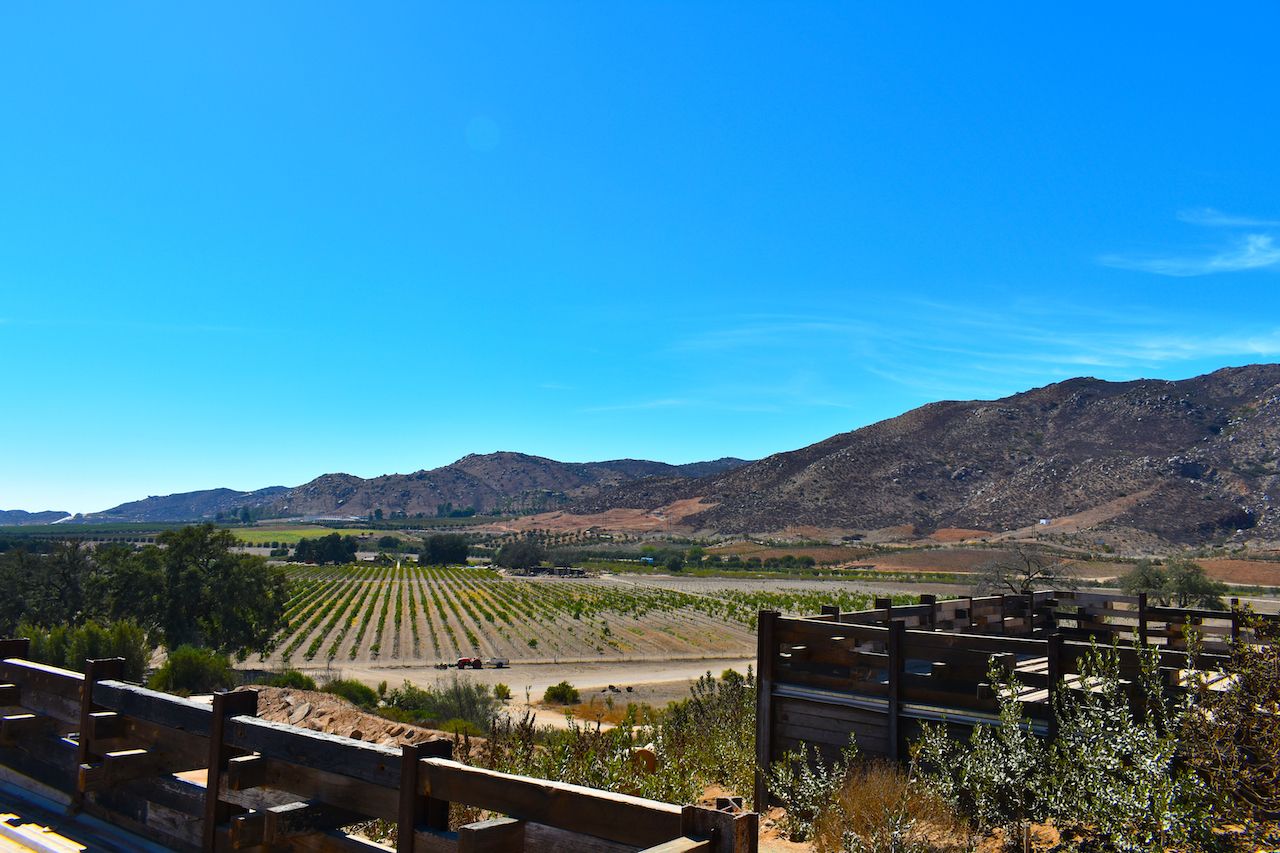 Vineyards weren’t planted in Baja California until 1683, but according to Wine Folly, about 85 percent of Mexico’s wine production happens here today. The Mediterrean climate is hospitable to reds like cabernet sauvignon and merlot, as well sauvignon blanc and chardonnay. There are several important wine producing sub-regions within Baja California, including the Guadalupe Valley, Santo Tomas, and San Jacinto.

Salazar recommends visiting El Cielo, Adobe Guadalupe, and Roganto wineries, which focus on red blends aged in wood barrels, but there are over 100 wineries in the Guadalupe Valley to choose from. At just 70 miles from San Diego, it would only take two hours to drive there. If you don’t have your own transportation, Salazar recommends renting a car in Ensenada and Tijuana in order to fully enjoy all of the Guadalupe Valley.

Sonora is the other northern wine region in Mexico, but in terms of wine production it doesn’t hold a candle to Baja California. Sonora has two main grape growing sub-regions: Hermosillo and Caborca. Grapes grown in Caborca are mostly turned into raisins and exported, while those from Hermosillo are used in the production of brandy. However, there are several notable wineries in the region, including Uvas de Altura, Sonora’s first vineyard. The winery is surrounded by Sierra de Los Ajos, ​​Sierra de San José, Sierra La Mariquita, and Sierra Vista, which inspired the name of the wine, Cuatro Sierras. 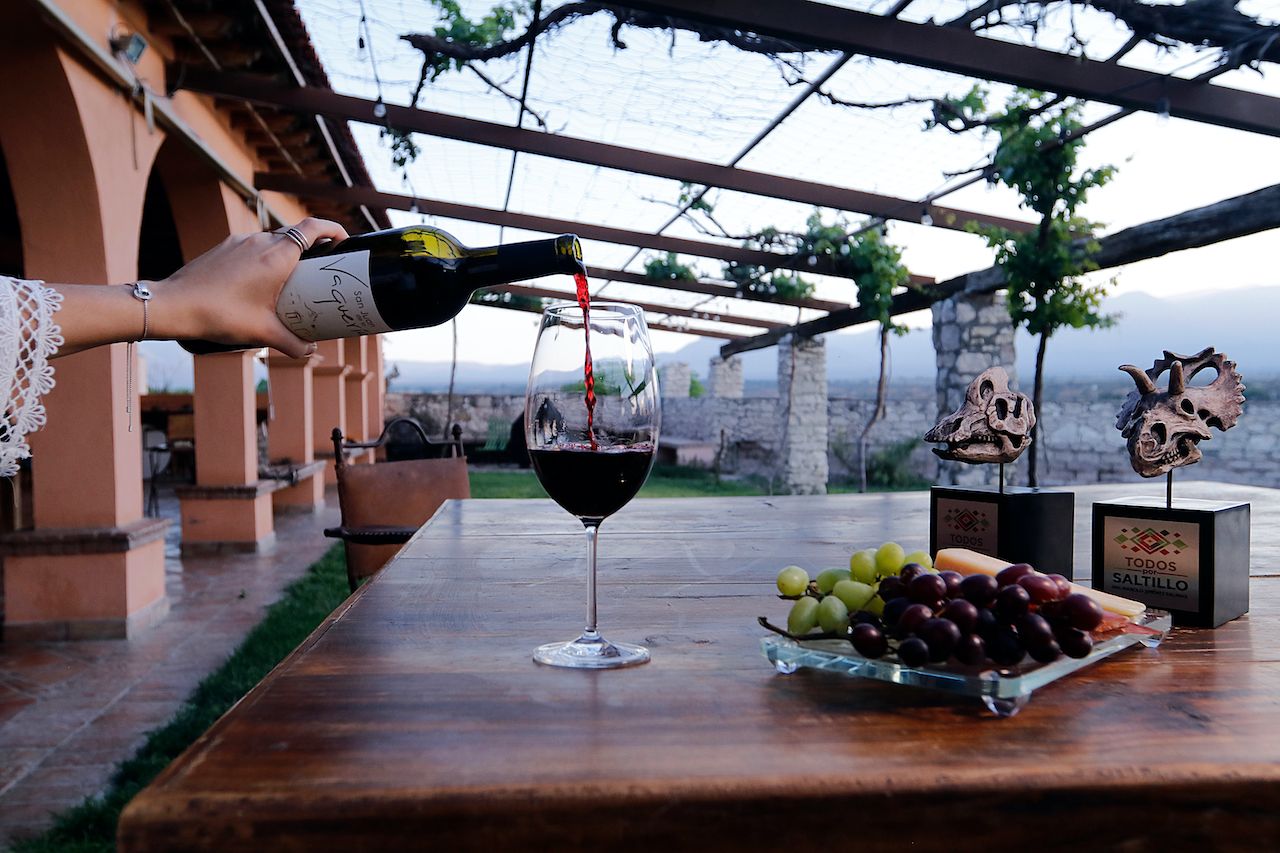 Coahuila’s claim to fame is that it’s home to the oldest continuously operating winery in the Americas, Casa Madero, which opened in 1597, and is located in one of Coahuila’s most legendary sub-regions, Valle de Parras. Salazar says it also produces some of the best wine in the country, thanks to its unique landscape.

“There are many varietals planted here since there are different microclimates,” he explains. “The wineries are surrounded by mountains, creating valleys.”

Salazar is especially impressed with the pinot noir, cabernet sauvignon, and Bordeaux blends produced in Coahuila at wineries like Don Leo and Hacienda Encinillas in particular, which owes its high quality wines to “arcillo gravoso,” clay soil on the vineyard.

“Encinillas wines are stored in French oak barrels and aged in underground caverns,” he adds. “They are committed to respecting nature, avoiding alterations to the ecology of the terrain.” 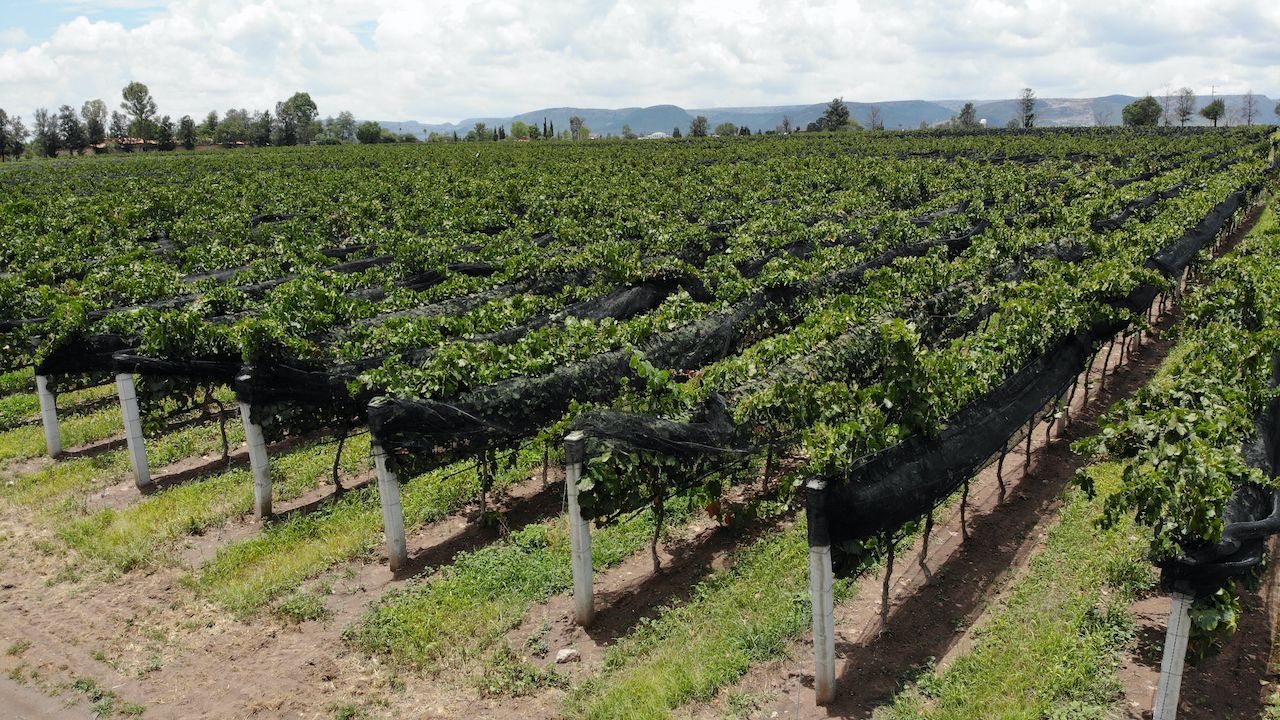 Located in the desert, Aguascalientes is one of the smallest wine producing regions in Mexico. Like Sonora, most of the grapes are not transformed into wine, but rather table grapes, raisins, or brandy. However, Aguascalientes has been producing wine since at least the late 1500s, but at that point only monks were permitted to produce wine. Today, only 25 percent of Aguascalientes grapes go toward wine production. According to Uncorked Mexico, one standout wine variety produced there is nebbiolo from “vines transplanted from the Valle de Guadalupe.” 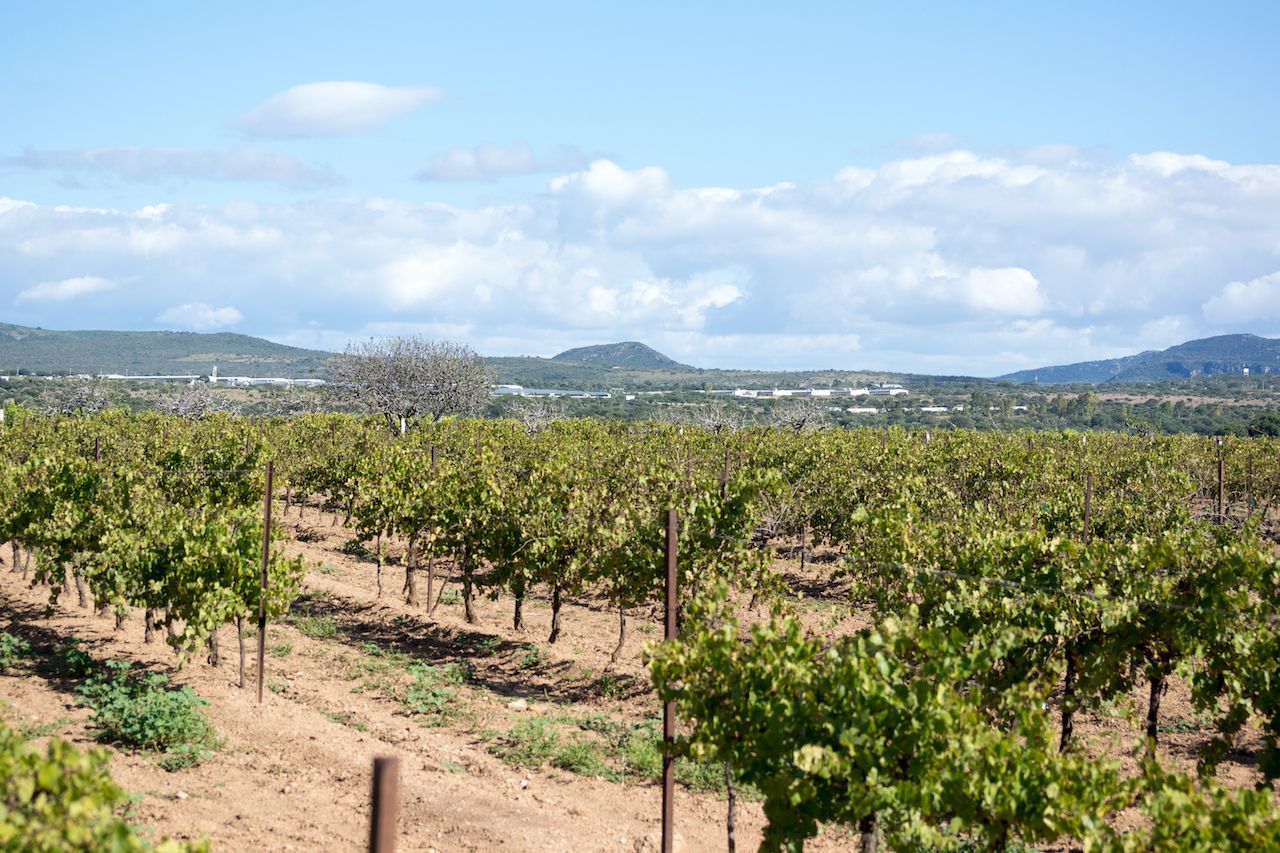 This region extends over 30 miles, from San Juan del Río to Bernal, and specializes in white wines.

“Querétaro is one of the southernmost wine regions in the country, and is able to produce wine because of its altitude of over 6,500 feet,” Salazar tells me. “White varietals like macabeo and chardonnay are commonly planted in this area. Querétaro is also known for its sparkling wine.”

This region is home to some of the highest elevation wineries in the country, most of which are located at 7,500 feet above sea level. Wine grows in the Ojo Caliente and Valle de la Macarena regions of Zacatecas, but you’ll only find a few small wineries in Zacatecas, the most notable of which might be Tierra Adentro — the “Mexican wine of altitude.”

The wine producing region in Durango is called La Laguna, which also crosses Coahuila. Durango mainly produces dessert wines and brandies with the grapes that grow there; only about 25 percent of the grapes grown in this region are used in wine production.

WineThis underrated Canadian wine region is the next Napa Valley
Tagged
Wine Mexico
What did you think of this story?
Meh
Good
Awesome

10 of the most iconic regional sandwiches to try across the United States
New Jersey sandwiches are an art form. These are the 9 sandwiches to try.
Searching for the best Mexican food in Texas? You need to visit El Paso
This neighborhood in New Jersey has some of the best Portuguese food in the country
The difference between butter chicken and chicken tikka masala