You don’t appreciate modern automobile shocks until they’re not there. While bumping through French vineyards in mid-January in a 1960s Peugeot D4 van, the shocks were not there, and neither were the seats. Hay bales cushioned the ride as cold air hit my face and chilled my hands through leather gloves. A box of Bourgoin Cognac bounced along with me as its producer, Frédéric Bourgoin, drove to a lookout point over the vineyards that’ve been in his family for nearly 100 years.

An Instagram-friendly vintage van and a rustic vineyard tour isn’t the side of Cognac that Americans are most familiar with — that side is generally associated with money, fine dining, and grandparents.

While Cognac as a whole leans on its long history and reputation, there are also upstart brands and innovators in legacy companies keeping Cognac fresh and exciting. If you pay any attention to what’s going on with France’s most famous spirit or, better yet, visit Cognac for yourself, you’ll find the upstarts and innovators are turning Cognac into a destination, not just a digestif. 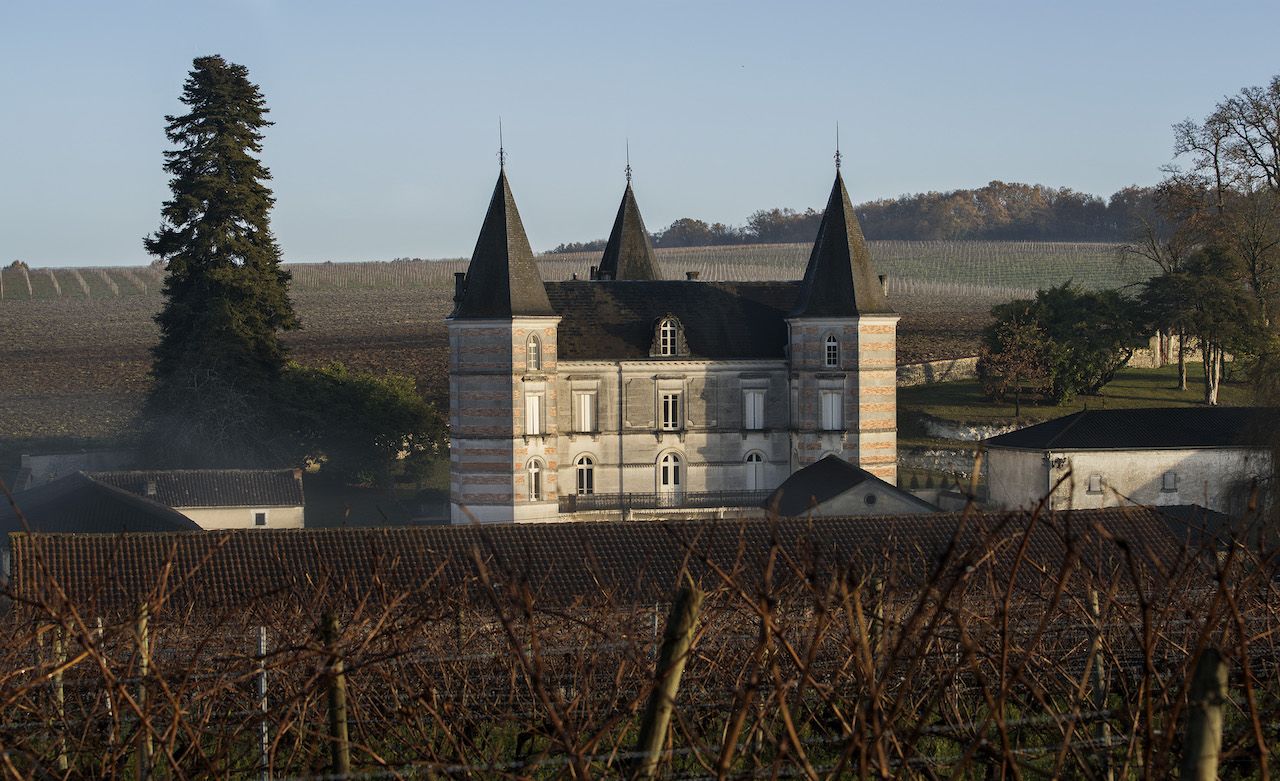 Cognac (the spirit) is distilled in the Cognac region in western France from a wine made with grapes in the same region. There are some 5,000 vineyard owners, 4,600 Cognac producers who both grow the grapes and distill the wines, and 400 who sell Cognac under a custom label, according to the Encyclopedia of Cognac. Of those 400, four make 80 percent of all the Cognac sold: Martell, Rémy Martin, Courvoisier, and Hennessy, which itself makes around 40 percent of the Cognac in the world.

Cognac’s reputation is largely built off of the work of these major brands. There is a new wave of Cognac producers who are catching attention, however, and the reason has more to do with innovation than with tradition.

At the Bourgoin distillery between the towns of Cognac and Angoulême, a rack of 10-liter barrels line a tasting room wall. Geographical maps in the room show variations — and similarities — of the soil types in the six Cognac growing regions: Grande Champagne, Petite Champagne, Borderies, Fins Bois, Bons Bois, and Bois Ordinaires. A sign by the entrance reads, “Save whisky, drink Bourgoin Cognac.”

The sign is telling. Bourgoin is making Cognac for whiskey drinkers because Cognac has never been for the French, Bourgoin explains. Some 98 percent of Cognac is exported, the vast majority of which goes to the US and China. The French, on the other hand, drink imported whiskey. 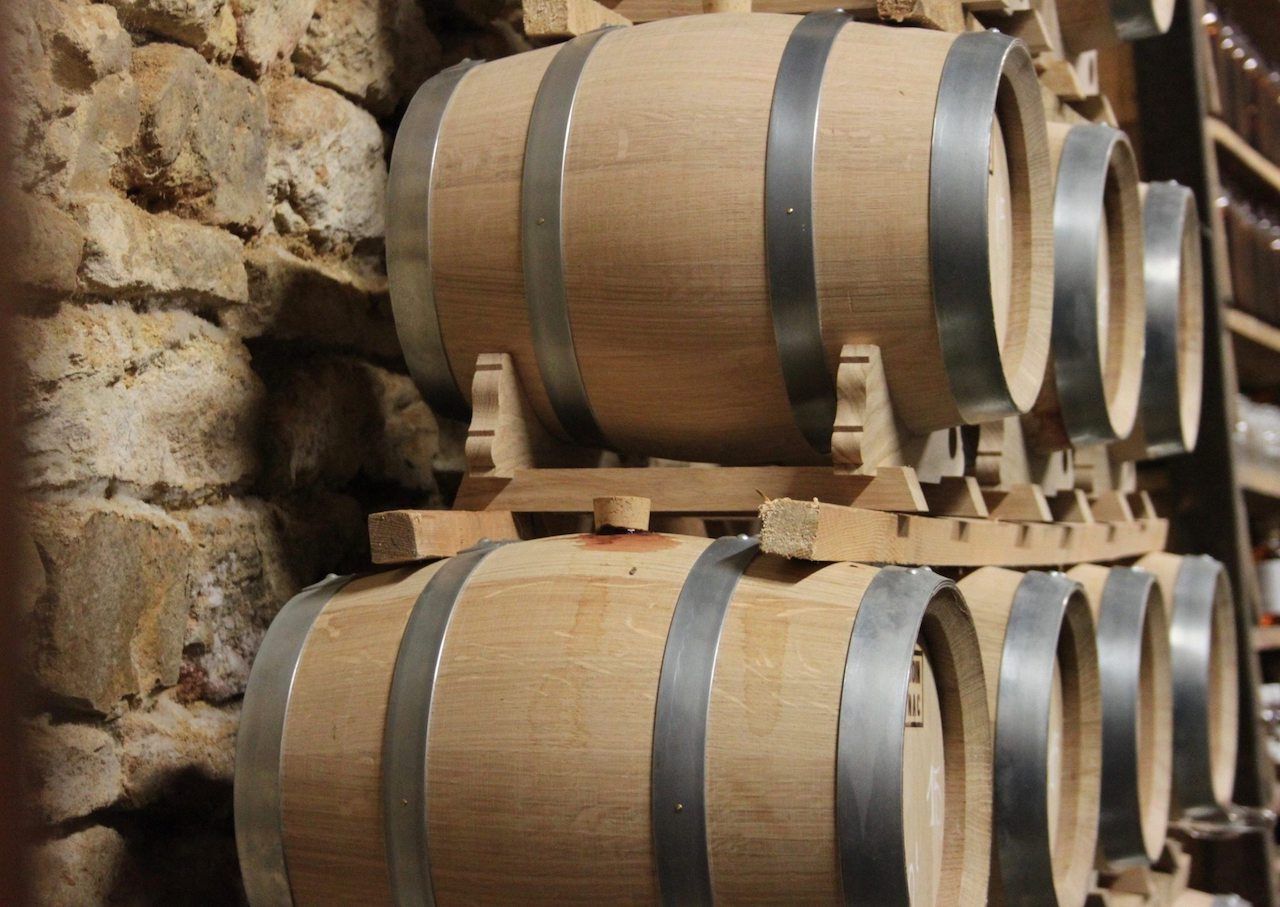 “In (French) minds, Cognac is aggressive,” Bourgoin says. His Cognacs have no added color or sugar and instead are tempered using aging processes like finishing the spirit in those 10-liter barrels. The process is similar to what’s done in Scotland and the US, and Bourgoin says it makes a smoother spirit that whiskey drinkers can appreciate.

He borrows another Scotch whisky technique as well: single barrel. One producer told me Cognac isn’t Cognac until it’s blended, yet Bourgoin draws from single vineyard plots and single barrels. Bourgoin is far from traditional in nearly every sense and finds there’s a benefit to deviating from the norm.

He’s not trying to hide anything or expedite the long process of producing Cognac — quite the opposite. Bourgoin is hyper-transparent about his methods. A short list of the details listed on the bottle label: the GPS coordinates of the plot of land the grapes came from, the soil type of that plot, amount of sulfites added (zero), the size of the still used, the barrel type, and the type of yeast.

While Bourgoin’s spirits feel different than traditional Cognacs, pulling techniques from around the world is actually the most traditional thing a Cognac producer can do. The Dutch brought distilling to Cognac, and the signature grape used in Cognac, ugni blanc, comes from Italy. Some of the most successful Cognac houses were started by English (Martell) and Irish (Hennessy) businessmen, and the Queen of England has an official royal Cognac supplier (Hine) to this day. French twists on these global influences have kept Cognac fresh. 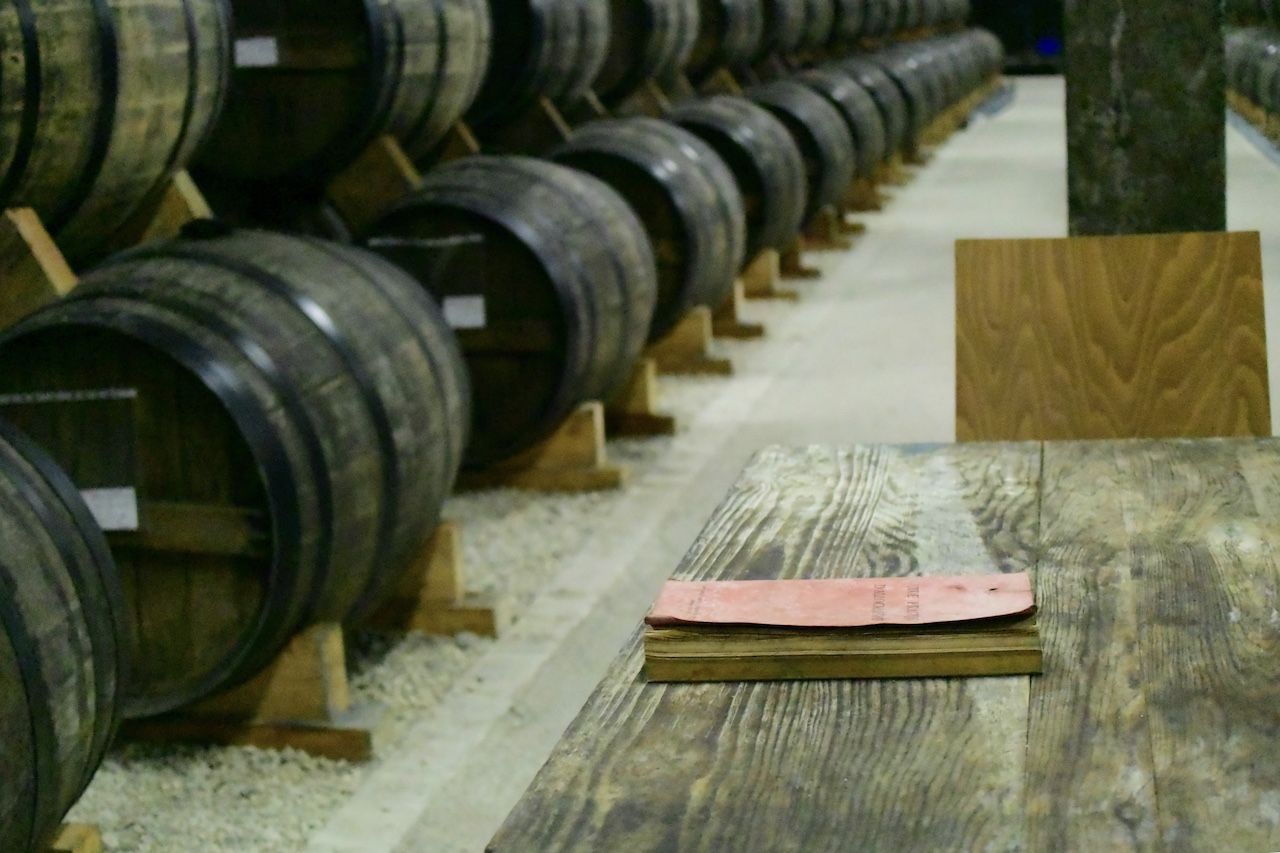 At Cognac Park, general director Jérôme Tessendier makes Cognac to “give the best representation of the terroir,” he says. That means making single vineyard, single cru, and some single cask Cognacs.

For the past couple years, Cognac Park has focused on barrel finishing, which is putting an aged spirit into a different barrel for a short time to add additional flavor notes. The practice was, until recently, controversial among Cognac producers and purists. Now it’s widely embraced.

Bache-Gabrielsen was the first to use an American oak barrel that previously held bourbon, and Courviosier, the only Cognac brand to have company members go to the forest to hand select the wood for its barrels, was the first major company to experiment with cask finishing with the Master’s Cask Collection of sherry-barrel finished Cognac. 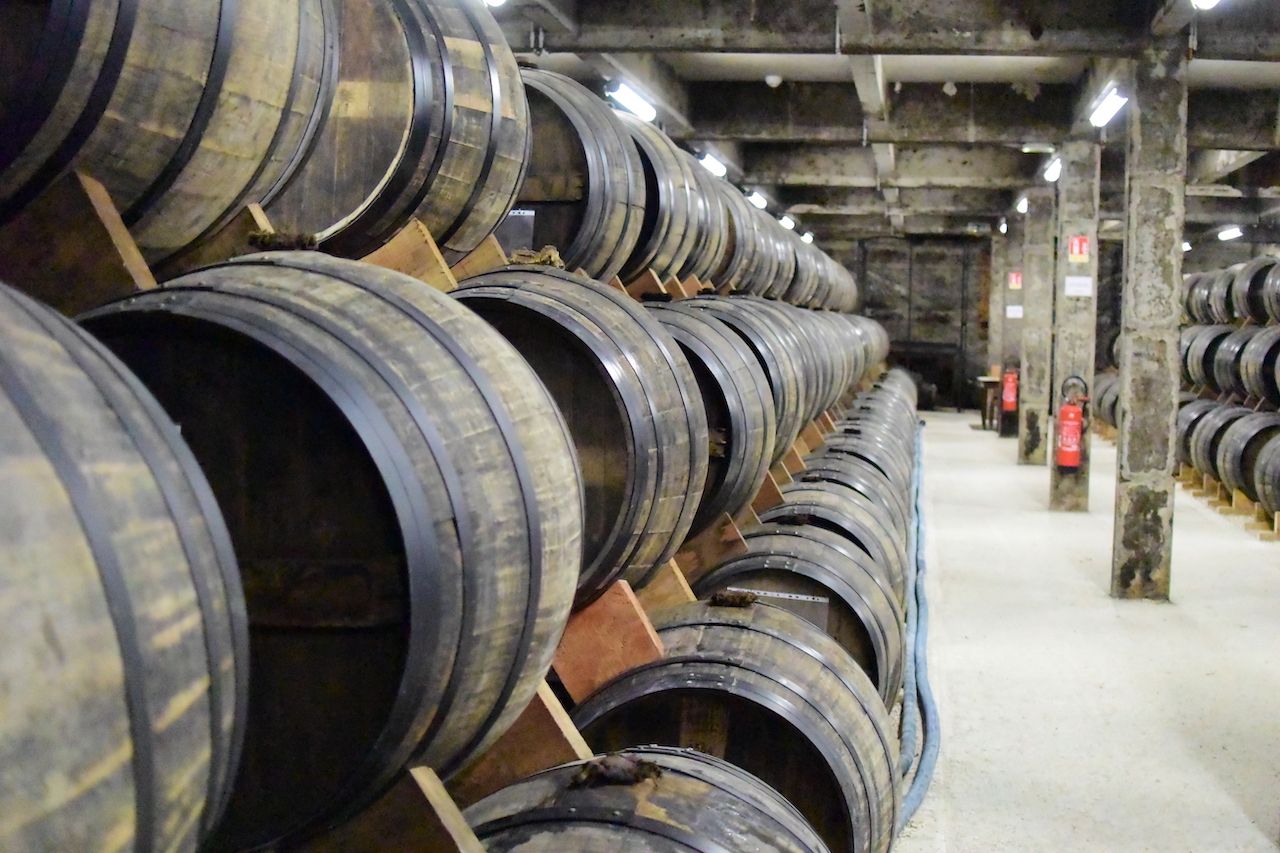 None, however, are experimenting like Cognac Park is. Like Bourgoin, Tessendier recognized the market appreciation for whiskey and saw an opportunity. He purchased rare mizunara casks from Japan made with the same wood that popular Japanese whiskies are aged in and then filled them with four-year-old Cognac.

While the new barrel types used varies by company, the goal is the same.

“We think it will give the opportunity to galvanize the market of Cognac,” says cellar master Patrice Piveteau of Cognac Frapin, “to increase its image and maybe to attract people that are not used to drinking Cognac.”

Despite the wide embrace, barrel finishing isn’t universally accepted among producers. The differences in opinion is part of what makes the practice interesting, though, as the definition of what it means to be a Cognac shifts.

“Everyone has their own view and philosophy,” Tessendier says. “The worst thing is to not have a view.” 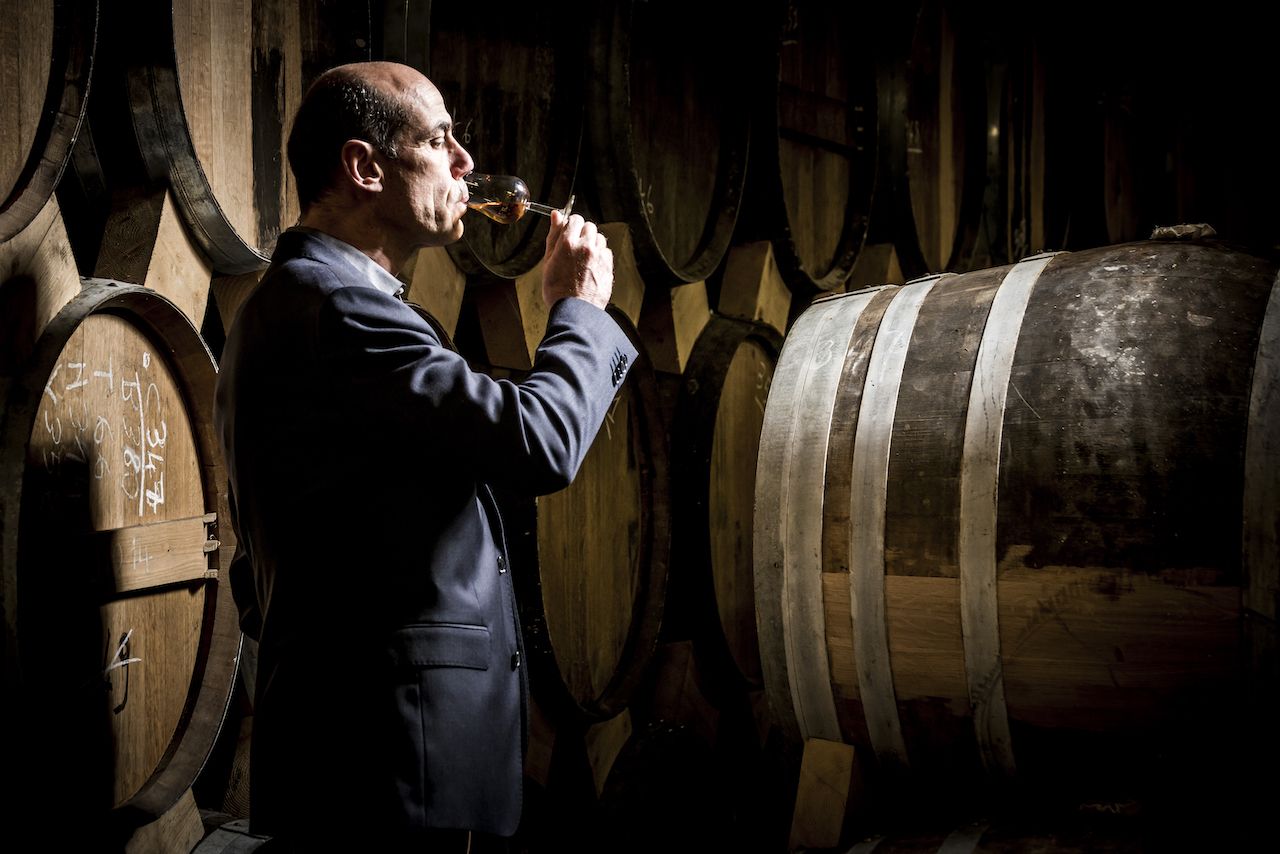 Cognac has always had tension between innovation and history. While the new stuff is fun, producers store glass jugs called demijohns containing 50-, 70-, and even 100-plus-year-old Cognacs in locked cellar rooms called paradis.

The first known bill of sale that guaranteed a brandy from the port of Cognac dates back to 1617, according to the Encyclopedia of Cognac. At the start, merchants would buy up brandy from small farm distilleries and create blends — a practice that defined Cognac for centuries.

Cognac has gone through its fair share of ups and downs since that first sale. It was exceedingly popular among high society drinkers in London, though back-and-forth politics between England and France often complicated trade. In the US in the late 1800s, Cognac was the base for many of the classic cocktails created before Prohibition, like the Sidecar and Stinger.

The regional product’s popularity abroad led to counterfeits. The Bureau National Interprofessionnel du Cognac (BNIC) started in 1946 to protect the appellation, as well as assist with research and development, sustainability measures, and marketing. It also continues to set the guidelines for what can legally be called a Cognac and what can’t.

Thanks in part to the BNIC, Cognac quality has remained consistent over time even as vineyard sizes have shrunk by a third in the last 50 years, and the number of individual properties has gone from 32,000 in 1962 to 4,500 in 2016.

“People in the Charentais have a reputation for thinking twice,” the Encyclopedia of Cognac explains, “but once their minds are made up, it may as well be set in stone.”

The BNIC has allowed for growth in the category. It has to because, of course, not all change is voluntary. Climate change is moving harvest times, raising the alcohol in the initial wines, and speeding up the wine degradation process before it’s distilled, Marie-Emmanuelle Febvret, the communications manager at Hine, tells me. “It’s a big problem for us,” Febvret says. “We have to figure out what we’re going to do in 50 years.”

Bourgoin has seen the impact of climate change in his vineyards, as well.

“Today maybe we will change again because of global warming,” he says. “The harvests are down one month closer to summer than before. It’s not good for us.”

The city of Cognac, where modernity wins out 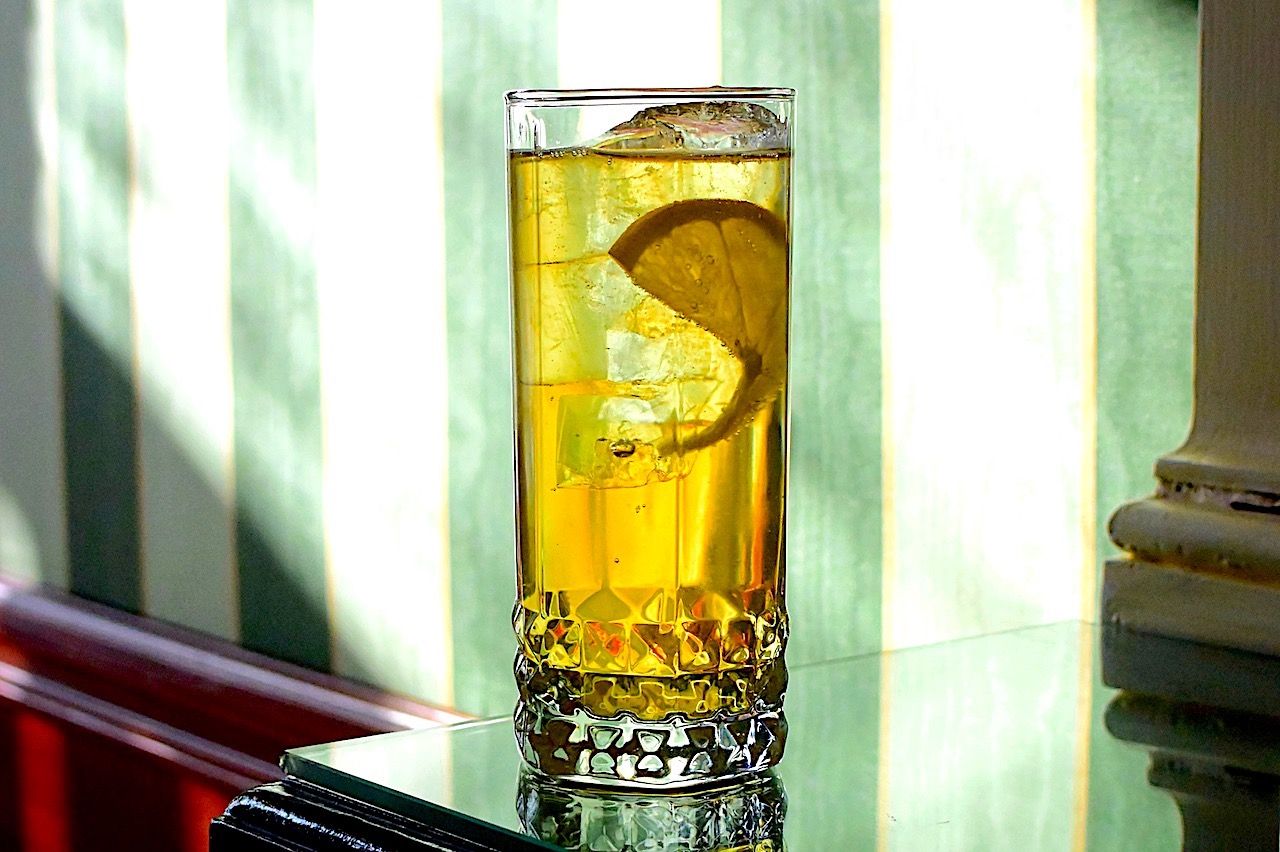 Cognac (the town) is in the middle of a major modernization movement. What was once a working town where the only attractions were major Cognac houses is now one of the best places for a spirited trip to France.

Refurbished chateaux like Château Pellisson offer the castle life, while the upscale hotel François Premier is in the center of town. Hôtel Chais Monnet is the newest offering in Cognac and has 92 rooms, a spa, conference rooms, restaurants, and a bar. The town has embraced Cognac cocktails, and bars like Bar Louise and Chais Monnet’s 1838 are showing guests a brandy snifter is far from the only way to enjoy a pour.

“Cocktails give the possibility to show the changeability of Cognac, its richness,” Piveteau says, referencing Frapin’s cocktail-specific bottlings like Frapin 1270. “It enables us to target more consumers by discovering another way of consumption.”

One of Cognac’s biggest embrace of change is that it’s not trying to solely be an export product anymore. The city is investing in tourism with attractions like the Musée des Arts du Cognac, and major brands are heavily investing in new facilities, as well. The region attracts 200,000 people a day and brings in 20 million euros a year, according to the Encyclopedia of Cognac.

Another major shift is that Cognac isn’t just about Cognac anymore. The town has embraced the name “Spirits Valley” to reflect everything else made in the region. Vodka brands like Ciroc and Grey Goose are made in Cognac, as well as smaller craft spirits. In the end, it all comes back to the region’s signature spirit, however. The Merlet family, which had vineyards dating back to the 1850s, stopped making Cognac during a recession and turned to cassis and the liqueur Hpnotiq. Once the family built up enough capital, it once again turned its attention to producing Cognac.

Still, other spirits add value to the region, Tessendier says, because drinkers are less committed to specific brands than they were in the past.

“Frankly, it’s exciting,” Tessendier says. “More exciting than what my dad was doing.”

When Bourgoin’s van came to a stop on that brisk January day, he helped us out of the hay and into his vineyards. We walked to a windswept stone lookout to see over the rows and rows of vines. Some were relatively recently planted; other plots had a long history. Generations of Bourgoin have made Cognac on their land for the bigger producers. Frédéric is simply taking those traditions and skills learned to create something new.

Cognac’s global perspective has made the region’s name shorthand for quality brandy around the world. Traditions have helped, but so has evolution. Standing with Bourgoin and tasting his Cognacs, it’s clear that both the spirit and the region are on the cusp of another transformation. This time, it’s a transformation that’s best experienced in Cognac itself.

A Taste of Cognac, France