Many people reach for a funky, spreadable French Camembert, or a creamy, rich Tomme from Switzerland when they head to their local cheesemonger. There’s a good chance their eyes slide right past the Irish goat cheese and land on a savory Manchego imported from Spain instead. Yet if you claim you’re a cheese connoisseur, it would be beneficial to unlearn this prejudice. Because Ireland’s lush farmland produces some of the most underappreciated cheese in the world.

What is Irish cheese

To be clear, I’m not talking about the blocks of Kerrygold Irish cheddar you’ve probably noticed and even purchased at your local supermarket. This type of mass-produced cheese is widely available throughout the United States, but it’s not representative of the best cheese Ireland has to offer.

Ireland specializes in what most cheesemakers in the country called “farmhouse” cheese. This unofficial term isn’t regulated, but to the small, artisan cheesemakers peppered throughout Ireland’s farm country, it stands for guiding principles behind their production process.

“To us, it means small scale [cheesemakers], just one family making the cheese,” says Marion Roeleveld, founder of Killeen cheese in Galway. “We’re all small producers, artisan producers. We have our own animals, or we buy milk from one herd. We believe we all fall into that category.”

At Killen, Roeleveld, a transplant from Holland who moved to Ireland in 2001, makes goat’s milk cheese with her own flock. She’s also been buying cow milk from a neighboring farm just three miles down the road from her property for more than a decade. This type of friendly relationship between farms is, according to Roeleveld, common in the Irish farmhouse cheese community. 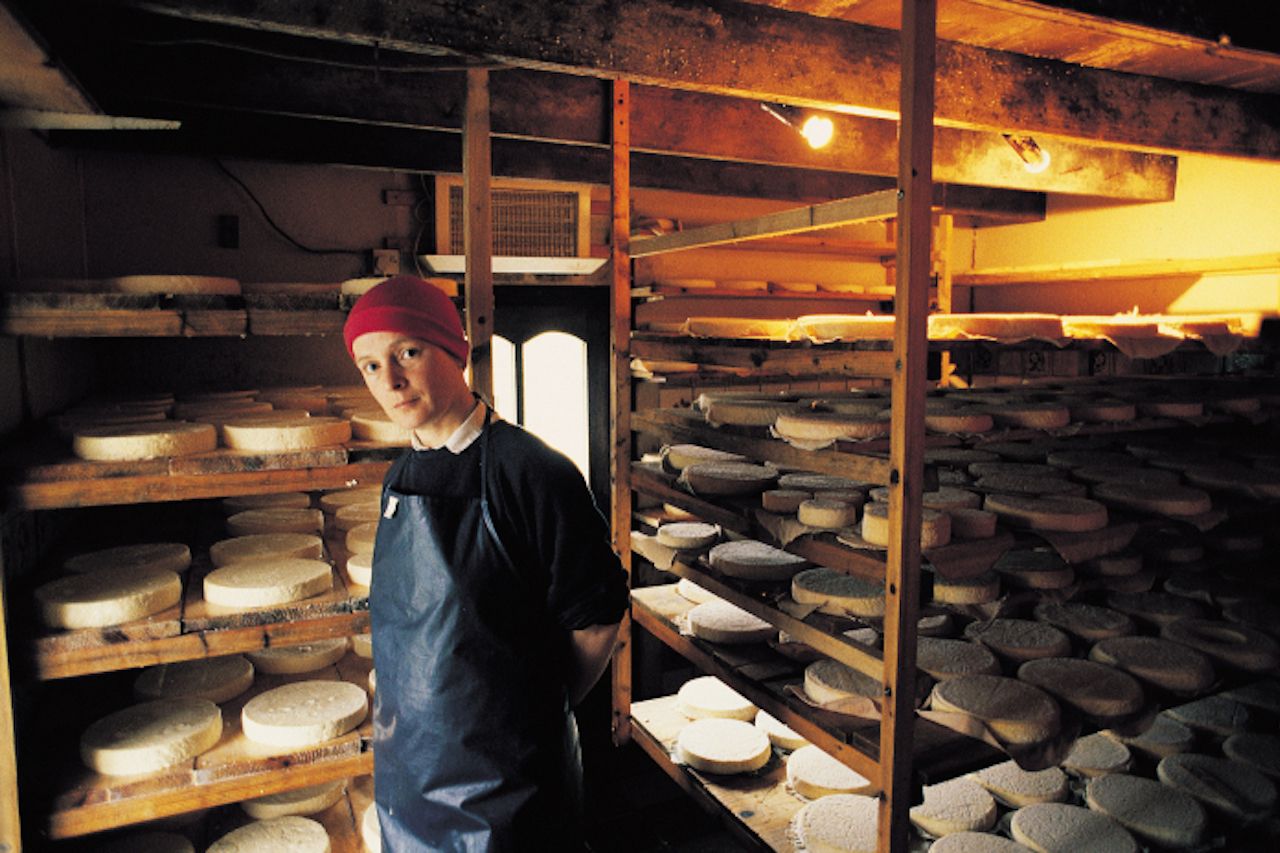 Part of the reason that Ireland farmhouse cheese still flies under the radar is that it’s a relatively new phenomenon. Roeleveld explains that farmhouse cheesemakers didn’t appear on the scene until the late 1970s. According to CAIS, the Association of Irish Farmhouse Cheesemakers, before then Irish cheese was almost entirely mass produced in large scale factories, and even then, those companies produced cheddar almost exclusively. The first farmhouse cheesemakers opened their doors in 1979, and in 1983 they came together to form CAIS.

“It’s not an old tradition,” Roeleveld says. “People can make whatever they want. They aren’t tied to a family recipe.”

As a result, there is no standard Irish cheese. Farmhouse cheesemakers create cheddars, blue cheese, washed rinds, Camembert-style, and Gouda-style cheeses — name a type of cheese, and someone is probably aging it in Ireland right now.

The diversity of styles is impressive given that most farmhouse cheesemaking operations are tiny, only producing around 10 to 25 tons of cheese per year. Small batches ensure the cheese can be made by hand with the highest quality ingredients on family-owned farms. But it also means the word about Irish cheese spreads slowly. There simply isn’t enough to go around.

“We aren’t really big enough to be recognized,” says Roeleveld. “We can’t supply the whole world.”

What Irish cheese tastes like, and what makes them so good 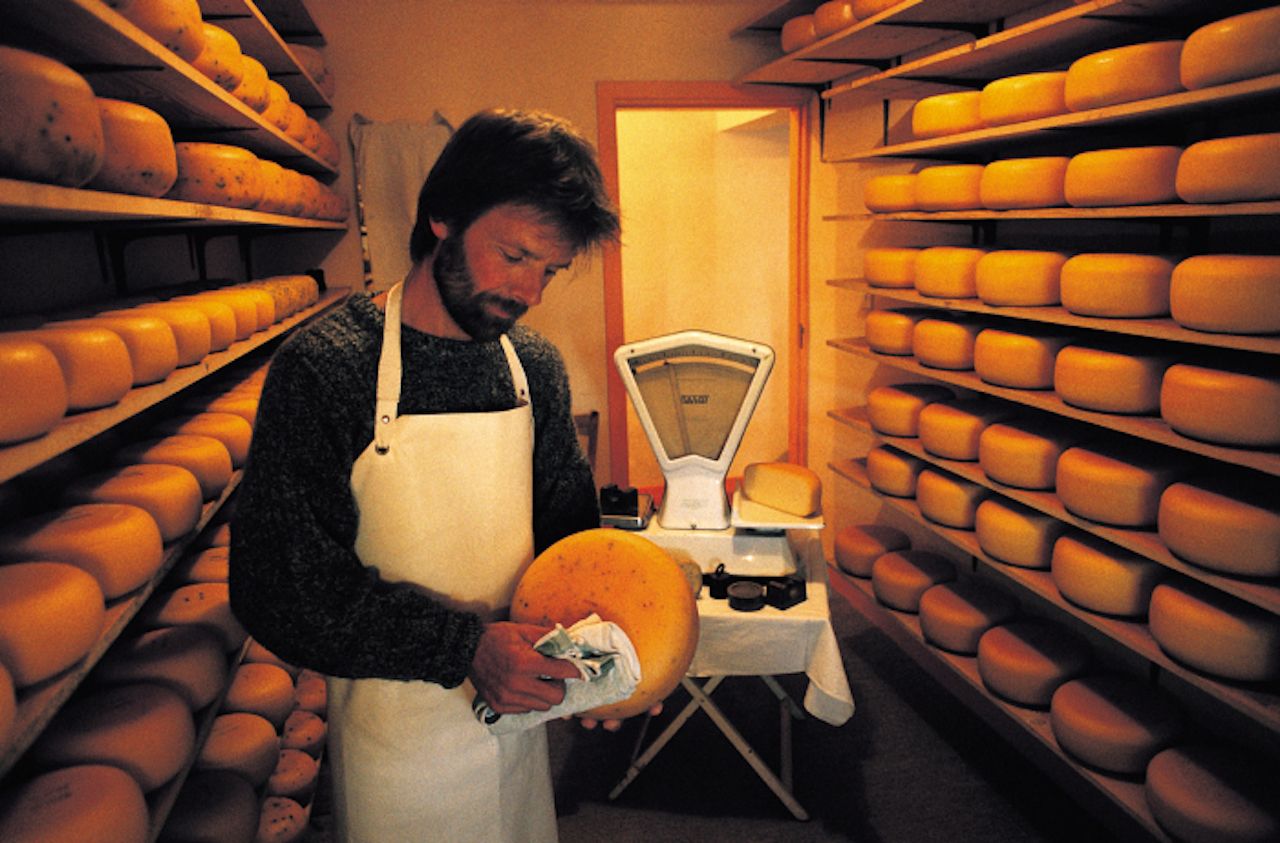 Generations of Irish dairy farmers hand-churned their own butter, which they primarily used in soda bread, so cheese is a natural next step in the progression. And they have a secret weapon: The grass is what makes the cheese so good.

For Roeleveld, Irish grass takes on an almost mystical quality — she can’t quite define why it makes Ireland’s butter and cheese taste so good. It just does. She even refuses to define what flavors the grass imparts on the cheese.

“It’s impossible to answer because there are so many different types,” she says. “There’s no standard flavor.”

All she can really say is that it comes down to what farmers feed the animals that provide the milk that becomes the cheese. Italian and French livestock eat mostly hay, while the lush, damp, grass feeds Ireland’s sheep, cows, and goats. Cheeses from any of these countries could be described as creamy, rich, buttery, pungent, aromatic, or funky, but it’s the grass that makes each of these characteristics distinctly Irish. You won’t know how unless you try it for yourself. 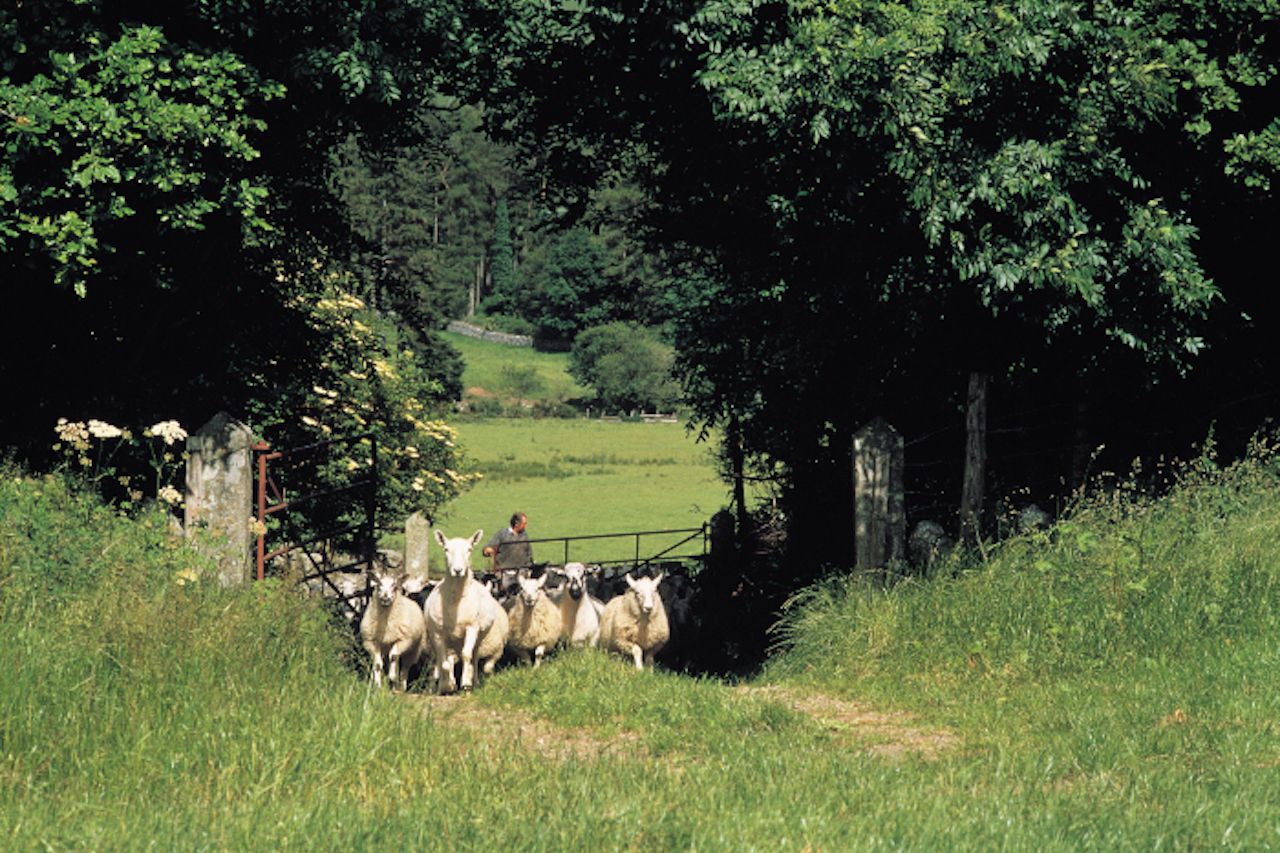 “It just makes it different cheese from other countries,” Roeleveld says. “In general, the grass makes the butter fat a little bit softer. I make a gouda, and my cheese would be softer than the Netherlands. They get maize and straw in the Netherlands. We could use the same recipe as the French or Italians but if you feed your animals grass you will get a different taste.”

The rainy climate helps, too. Roeleveld points to West Cork in particular, which is close to the coast where spray from the ocean washes over everything. Washed rind cheeses are the specialty in that region, where they mature in the damp, salty air. 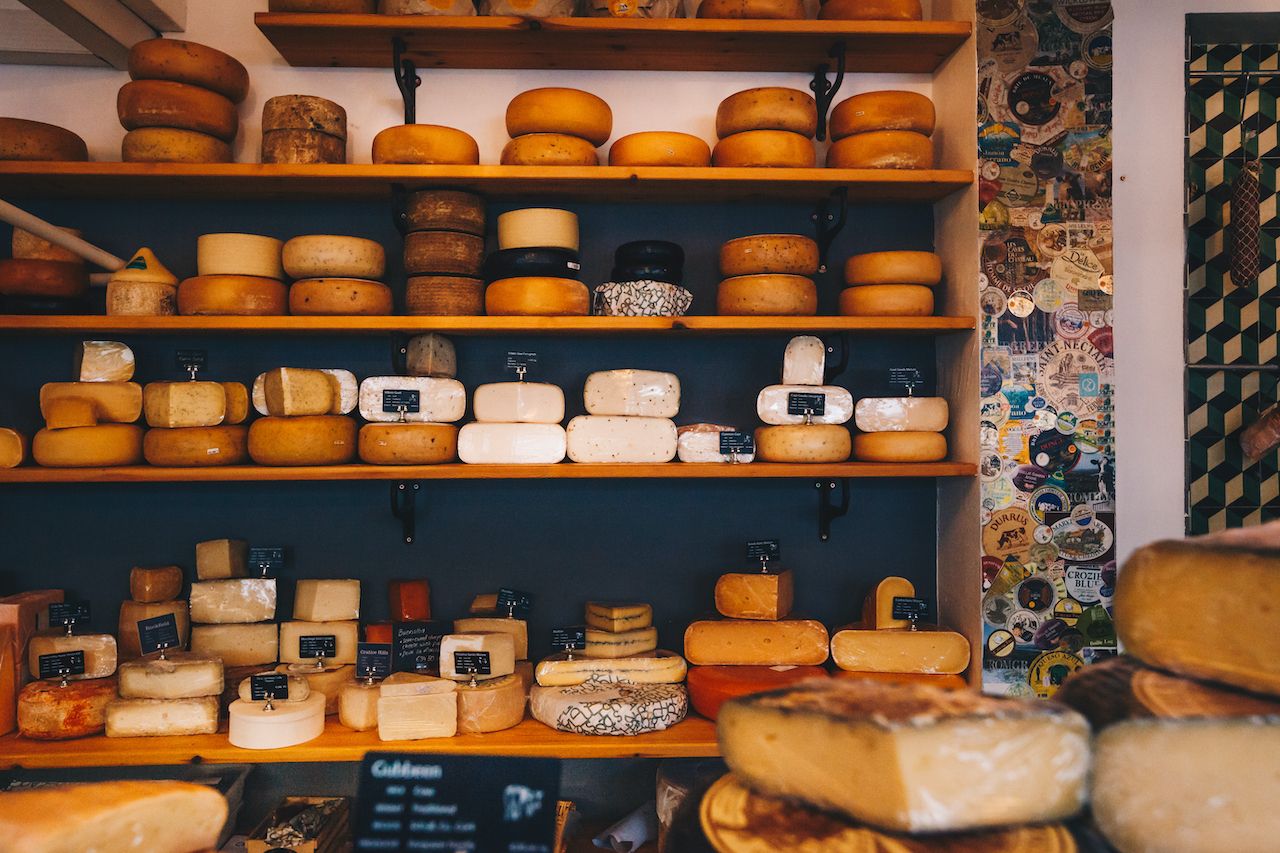 Roeleveld recommends starting with washed-rind cheeses (cheeses treated with a brine during the maturation process to impart flavor) from West Cork: Durrus, Gubbeen, and Milleens. These founding members of the Association of Irish Farmhouse Cheesemakers are among her favorites. However, like most small-scale Irish farmhouse cheese, it’s tricky to get your hands on — and nearly impossible if you’re outside of Ireland.

Gubbeen, for instance, has no online shop and only sells its cheeses at regional farmers markets. However, Ireland- and England-based cheesemongers like Sheridan’s and Stamford carry the other two if you happen to be traveling around the British Isles.

Roeleveld is also a fan of raw milk cheeses, in particular those made by Kay and Paddy Cooney from Derg Farmhouse Cheese. However, these cheeses are becoming harder to find because unpasteurized cheese is tightly regulated. Hegarty (also available at Sheridan’s) also makes a raw milk cheese, but their French cheesemaker makes gruyere-style cheese called Templegall that Roeleveld finds especially appealing.

Irish farmhouse cheese might still be a rarity in the United States, but maybe that’s for the best. Keeping farmhouse cheese local lets Irish farmers make sustainable, hand-made cheese. In the meantime, there are worse ways to spend your next getaway to Ireland than visiting every cheese farm on the map.

Food + DrinkOnly a Monster Would Throw Out the Cheese Rinds
Tagged
Food + Drink Ireland
What did you think of this story?
Meh
Good
Awesome