From September 27 to September 29, on a tiny, breathtaking island off the northwest coast of Ireland, the world’s top kitesurfers will join together with renowned musicians, fans of multiple water sports, and spectators for an off-the-wall festival.

Now in it’s 10th year, Battle for the Lake on Achill Island combines — somewhat unexpectedly — wind- and wave-powered water sports with live music. Surfing, stand-up paddleboarding, windsurfing, and kiteboarding are all on the menu over the course of the adrenaline-fueled, three-day weekend.

Ireland is an amazing place for kitesurfing 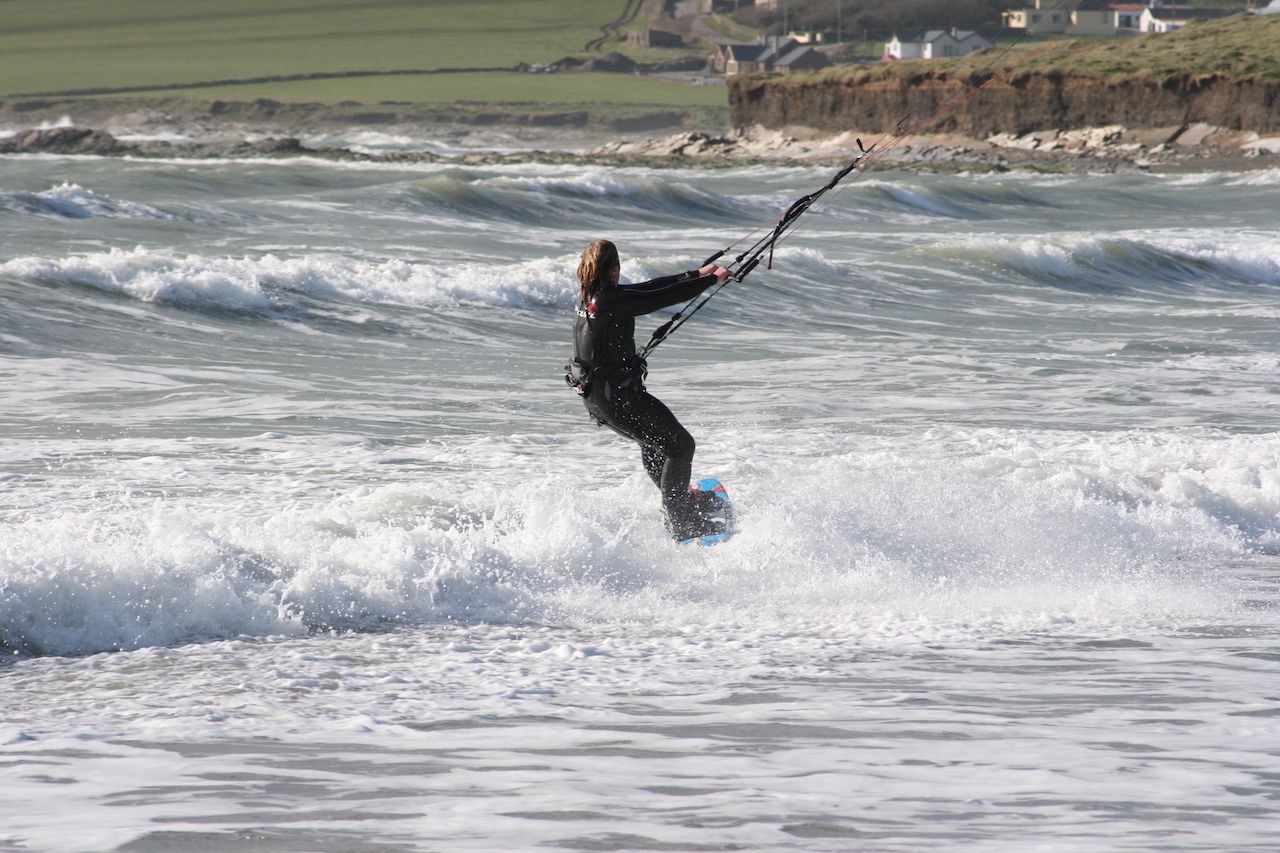 When it comes to outdoor pursuits, the Emerald Isle has long been renowned for its world-class hiking trails and wave-smashed coastline that is attracting more and more surfers undeterred by the frigid temperatures. Lesser known is Ireland’s phenomenal potential as a kiteboarding location.

Yet it shouldn’t come as a surprise to anyone who’s ever so much as stepped foot on Irish soil, since the country is rich in one thing that makes kiteboarders very happy: wind. From Dublin to Donegal and Inchydoney to Achill Island, the country’s windswept coastline has caught the attention of world-traveling kitesurfers and industry professionals alike.

The island of Achill lies along the Wild Atlantic Way, a driving route along Ireland’s west coast celebrated for its stunning scenery. The beaches of Achill Island in County Mayo have gained international recognition as some of the most beautiful in the world.

Beyond gorgeous landscapes, Achill was chosen for the event because of its insane wind and water conditions. Frequent Atlantic squalls bring consistent wind and unadulterated swell to Achill’s shores season after season. Combined with the island’s iconic lake, it’s no wonder the event is popping up on the radar of some of the biggest names in kiteboarding.

Some of the world’s top pro kiters 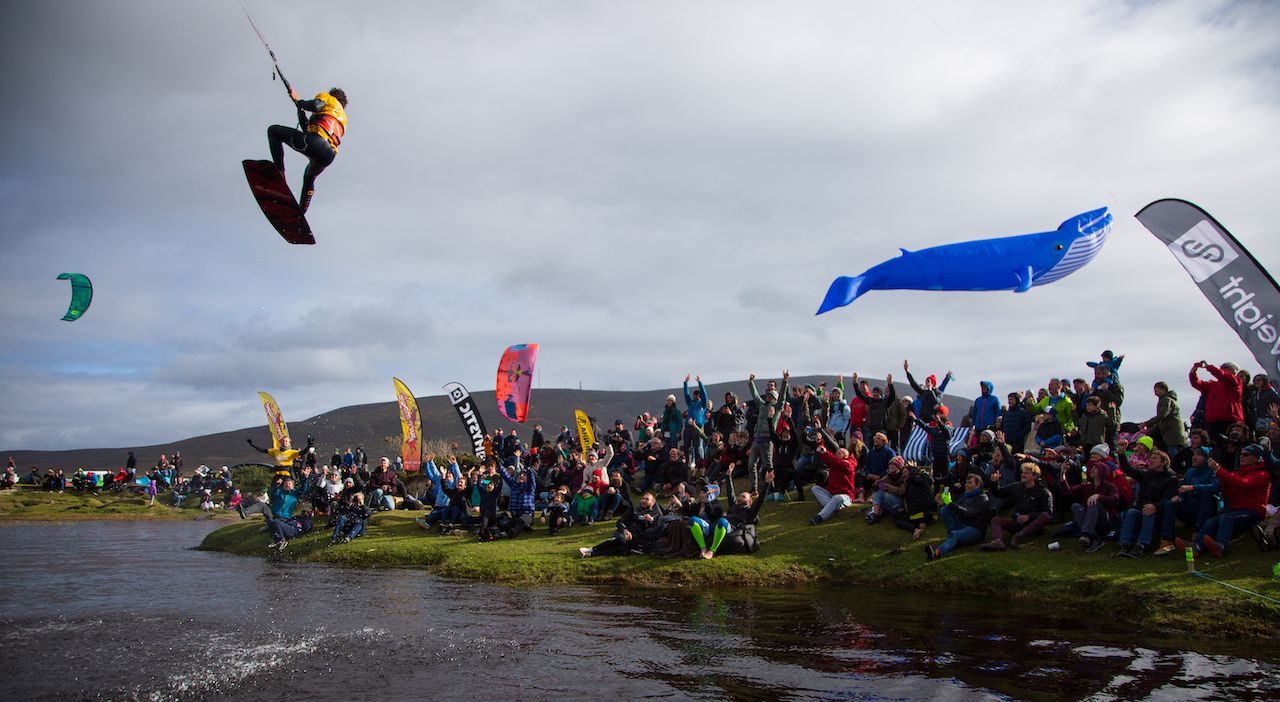 This month’s event will bring big-time pro riders like Kevin Langeree, Ruben Lenten, and Nick Jacobsen. Jacobsen is the daredevil who famously jumped off Richard Branson’s Great House on Necker Island with his kite and, more recently, jumped off the Burj Al Arab in Dubai.

Angely Bouillot, who in the past year has come to be known by the kite world as the most fearless girl in kiteboarding, will also be in attendance. We hope she’ll be doing some of her signature huge megaloops at the event.

While not as exotic as jumping off Branson’s Necker Island house or Dubai’s Burj Al Arab, the Achill event is sure to impress anyway. The planned “Wow Show” is a groundbreaking freestyle competition which rightfully can’t be compared to any other — because, quite frankly, it isn’t like any other.

The Wow Show encourages riders to show their creativity, personality, and, of course, their badass skills in an effort to “wow the crowd.” They can do this by jumping over them or into them, by pulling tricks with a pint in hand, and essentially doing whatever is needed to make people think, “Yup, this person is an absolute lunatic.”

Excitement on and off the water 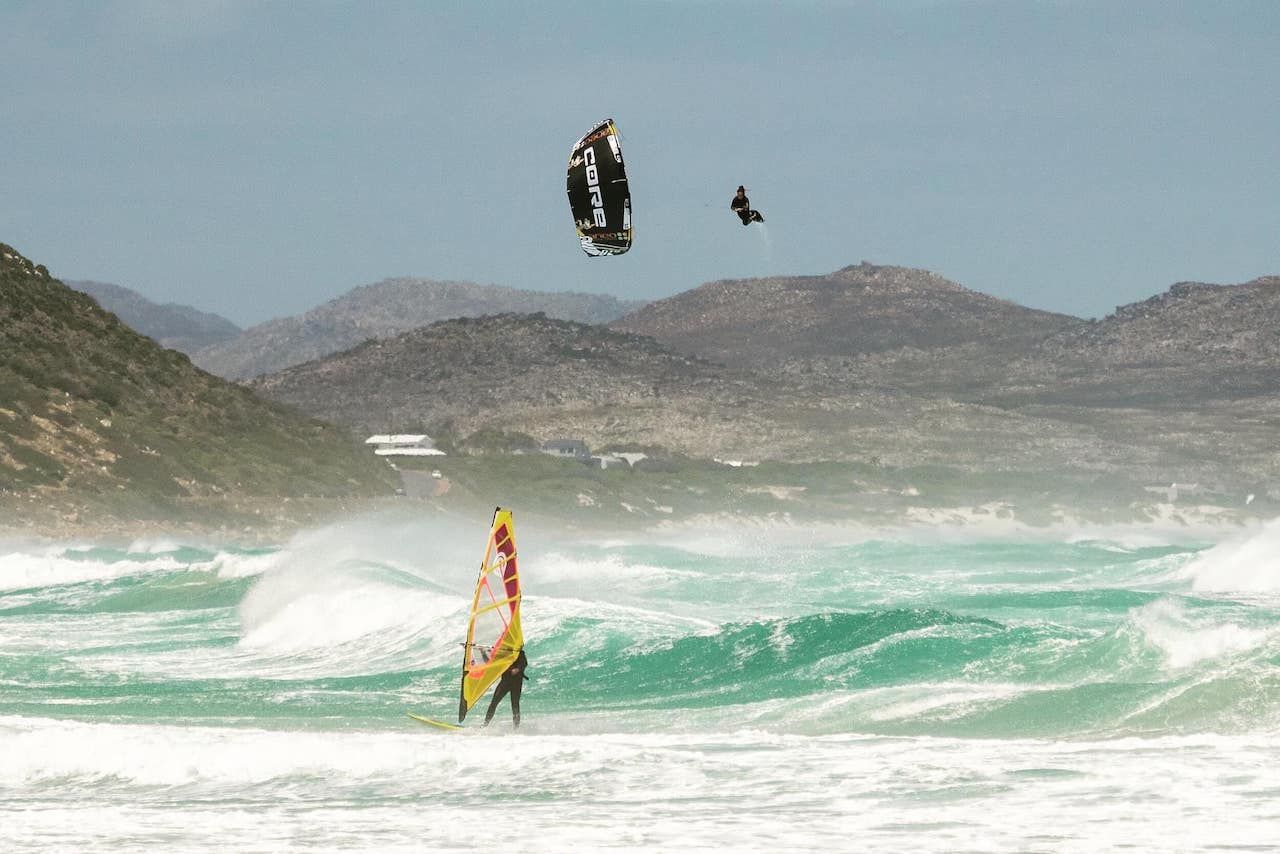 While it’s called the Battle for the Lake, you can also get out onto the shoreline to watch some spectacular windsurfing, surfing, and stand-up paddling. From stand-up paddlers working the waves as if they were on a spindly shortboard to longboarders doing handstands, it promises to be a good show.

When the day’s on-water action wraps up, the evening’s live music and after-hours antics will slide into gear. This year’s music lineup will see Ireland’s legendary singer-songwriter Mundy headline alongside the effervescent beats of Daithí, Attention Bébé, and Lypton Village. You can see the full lineup here.

To complement the tunes, there’s also an enormous fireworks display and fire dancing show to look forward to on Saturday night. From what the hosts have revealed so far — promising that “the lights will go off…it will be dark…it will be silent…then far away a pipe will be heard…and the lake will go on FIRE!” — the drama will be high for this one.

Should you opt to book your ticket and go, you can camp out under the starry skies of the Wild Atlantic Way or book yourself into one of the local bed and breakfasts. A quick search also showed quite a few Airbnbs still available for that September weekend. Tickets for 2019 Battle for the Lake are on sale now.

Other watersports and music festivals 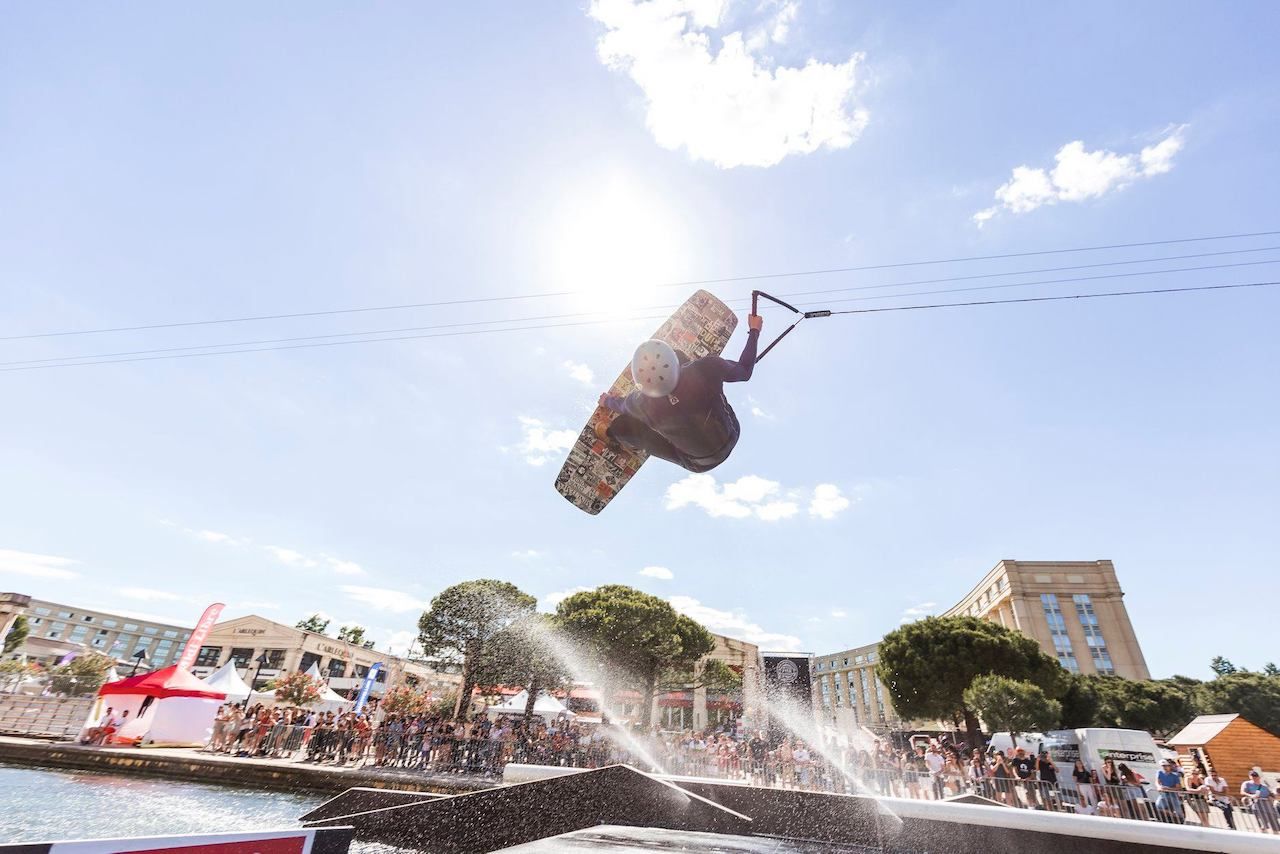 If you don’t have a chance to check out the Battle for the Lake at the end of this month, there are other opportunities to enjoy extreme water sports and music. Battle for the Lake echoes the spread of this summer’s outrageous FISE festival in Montpellier, just one stop in a world tour featuring BMX (bicycle motocross), wakeboarding, skating, and music — drawing some 600,000 attendees.

While perhaps not as extreme as Battle for the Lake, you can find other events like this all over the world. The Netherland’s Madnes Festival last July brought together kiteboarding, windsurfing, surfing, skating, BMX, and more than 30 other sports activities with live music. The Philippines’ Malasimbo Festival is a music and crafts event tied to an extreme kiteboarding safari around Puerto Galera’s islands. The next Malasimbo will be at the start of March 2020.

RunningJamaica’s Reggae Marathon Brings Together the Best of the Island in One Epic Race
Tagged
Events Extreme Sports Outdoor Surfing Ireland
What did you think of this story?
Meh
Good
Awesome

The Ultimate Guide To the Many Accents You'll Hear in Ireland