There’s a connotation that mixing alcohol with your caffeinated beverage of choice means you want a way to stay up partying all night. Blame Four Loko and the folks behind the Red Bull Vodka for that. Long before the advent of either of these drinks, however, there was the Irish Coffee, traditionally made as a welcome drink for weary travelers rather than a tonic to keep you awake at the club.

The Irish Coffee, unlike a Oaxacan Old Fashioned or Moscow Mule, actually comes from the country the drink is named after. Few cocktail origin stories are as detailed and elaborate as the one for the Irish Coffee.

It all starts with Joe Sheridan, a chef and bartender who worked at the Foynes Boat terminal near Limerick. It was a popular take-off spot for flying boats (airplanes that took off and landed in water). Flying boats were popular at the time for their size, though they were also prone to weather delays because the planes had to fly at a low elevation. On a fateful day in 1943, a Pan Am flight headed to North America from Foynes was forced to turn back. Sheridan greeted the spurned travelers with hot food and drinks, including cups of coffee spiked with Irish whiskey and topped with cream. A passenger asked if the coffee was Brazilian, so the story goes, and Sheridan joked that, no, it was Irish coffee (obviously, no coffee trees grow in Ireland).

Foynes made the Irish Coffee its traditional welcome drink after that flight, and it quickly became popular among of the many passengers, including celebrities, who flew through. Ireland was a neutral nation during World War II, making Foynes a relatively safe entry point to Europe from the Americas. Famous Americans like Bob Hope, Bing Crosby, John F. Kennedy, and Marilyn Monroe, who flew through the country on their way to entertain the troops in Europe, all got their first taste of the drink at Foynes. When the airport moved to nearby Shannon, the welcome drink (and the staff) moved as well.

American travel to Ireland continued after the war, as did the fascination with the Irish Coffee. In a December 1945 travel story for Washington DC’s Evening Star, writer I. William Hill wrote about the “Irish or Gaelic coffee — a delectable combination of one part Irish whisky, two parts hot coffee, with a touch of sugar and topped by a good half inch of thick double cream.” Drinking one would make you “as good-natured as any Irishman,” he wrote. 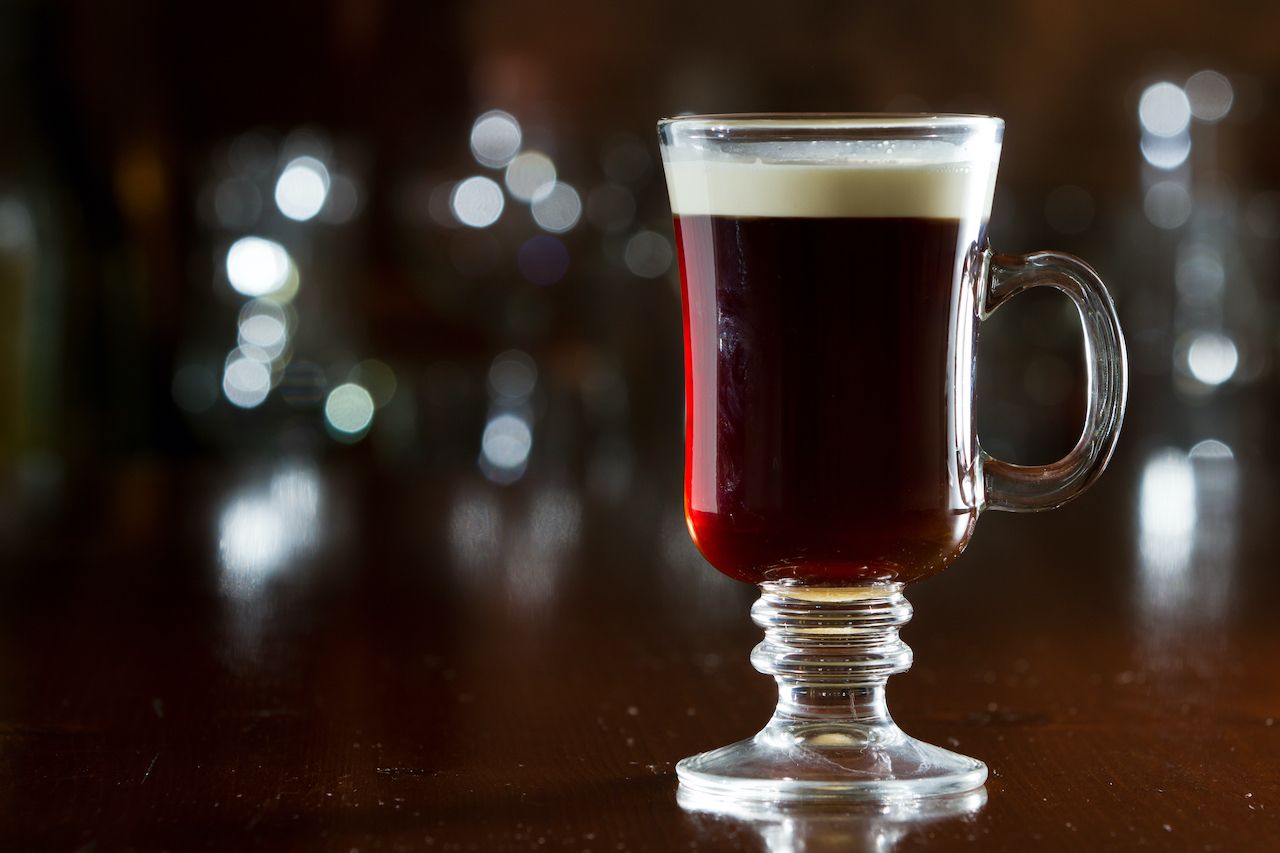 The push to bring true Irish Coffees to America started in 1952. The owner of the San Francisco bar Buena Vista, Jack Keoppler, asked award-winning travel writer Stanton Delaplane to help make Irish Coffees as good as those served at Shannon Airport. Delaplane had written about the drink in the past, and the two tried to recreate it to no avail. There wasn’t a published recipe for the cocktail, and two Americans’ attempts were off balance with too much coffee, too much sugar, or too much whiskey (or, worse, the wrong type of whiskey).

Delaplane gave up, but Keoppler took his passion project to Ireland to learn from the source. He also got some advice from San Francisco’s mayor at the time, Elmer Robinson, who told Keoppler to use 48-hour-old cream (as opposed to fresh) to make sure the head of the drink was the right frothy consistency. Finally, when all else failed, Koeppler hired Joe Sheridan, the creator himself, as a bartender at Buena Vista.

Buena Vista has perhaps the most famous stateside Irish Coffee, but by 1957, the drink had spread. National papers were writing that the Irish Coffee was “the newest American favorite for holiday get-togethers.” The recipe was poetically described as, “Cream, rich as an Irish brogue, coffee, strong as a friendly hand, sugar, sweet as the tongue of a rogue, and Irish whiskey, smooth as the wit of the land.”

Today, the Irish Coffee is just as much, if not more, loved in the US as it is in Ireland. Here, bars compete for the most Irish Coffees sold in one day (Prohibition in Savannah: 2223) and various versions of the drink (often bad for anyone who’s tried a good one) can be found in Irish pubs across the country. Unfortunately, the latter is the case for most Irish Coffees in the US, says Jillian Vose, beverage director at New York City’s Dead Rabbit.

There are a lot of things that can go wrong. The glass should hold exactly six ounces, only one ounce of whiskey should be added (never use anything but Irish whiskey — Dead Rabbit goes with Bushmills Original for its maltiness), the coffee should be naturally sweetened, and crappy whipped cream from a canister should never — never — be used.

“I can’t say that I have had many great-tasting Irish Coffees anywhere outside our bar to be honest, especially in Ireland,” Vose says. “Maybe that’s why our Irish tourists can be especially skeptical of trying one and why our staff know to make sure they get to try it before they leave, giving them hope!” 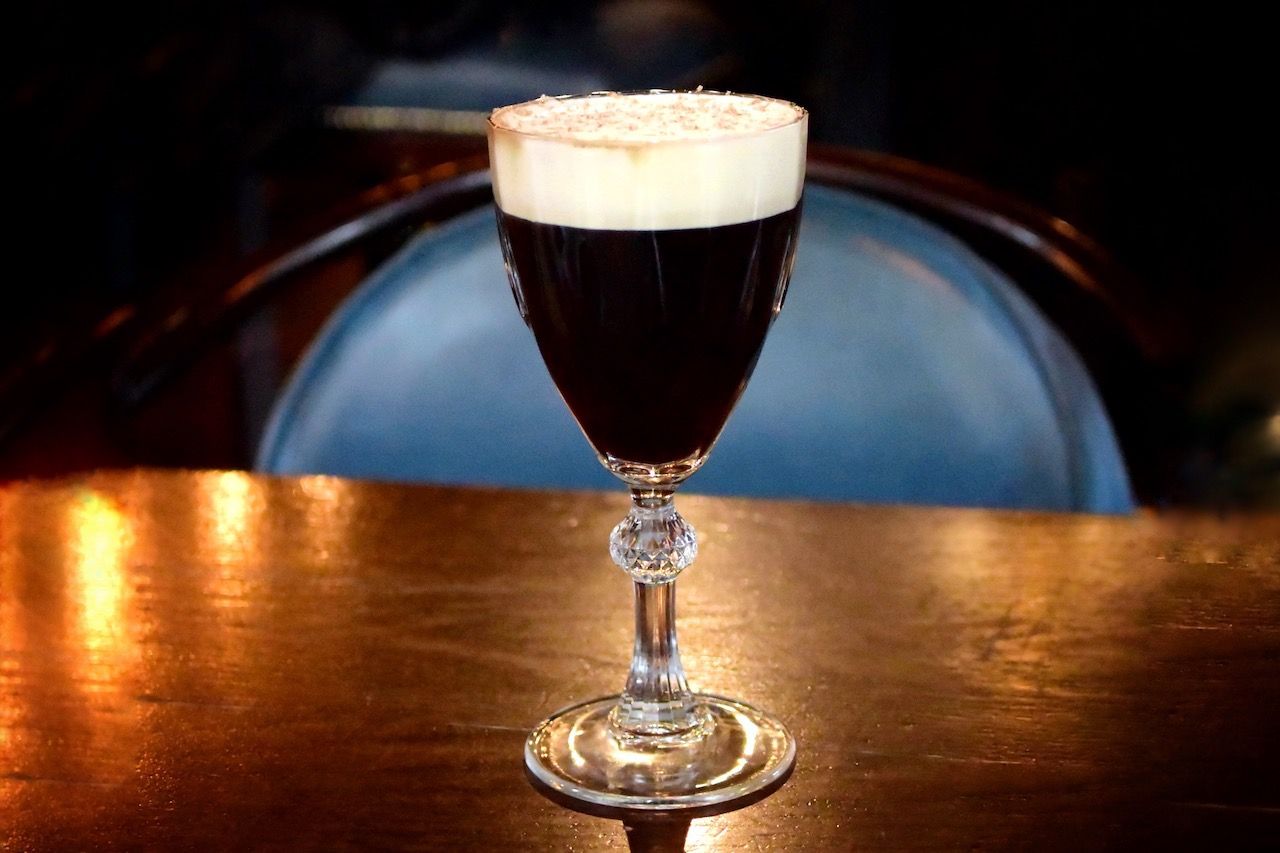 “Irish coffees are popular in Ireland among the Irish, sure,” says Grace McKeever, an Irish writer who has tended bar in the country. “I say popular loosely, since it’s not like we’re guzzling coffee and booze at the rate we drink Guinness, or even whisky sans the caffeine for that matter. But it’s popular for what it is — a spiked dessert digestif.”

It’s typically drunk, McKeever says, on celebrations like Christmas. Irish coffees can also be found around Ireland at restaurants and “the typical ‘old man’ pub we boast so many of.”

Though it makes some of the world’s most famous whiskey, Ireland has always been first and foremost a beer-drinking country, a representative from Powers Irish Whiskey told me on a recent visit to Dublin. It’s also more of a tea-drinking nation than coffee, though that’s slowly changing. These two factors are part of the reason why the lion’s share of Irish Coffee drinking in the capital has been left to tourists.

“It is very popular with tourists here, certainly more so than among locals, and there are several pubs in Dublin that promote the fact they serve it,” says Ray Commins, an Irish content editor at the walking tour company freetour.com who is based in Dublin. “Generally, these pubs would count tourist footfall as a big percentage of trade, so appealing to a tourist’s perception that it is a quintessentially Irish thing to do suits their agenda — but it is drank by locals on occasion too!”

Commins adds that Irish Coffee is primarily for cold winters and late sessions when you’ve had a pint or two too many at the pub and are feeling a bit groggy.

My personal experience with Irish Coffees in Ireland was much in line with McKeever’s and Commins’s impression. The best one (which quickly turned into two) I had in Dublin was at The Oak. 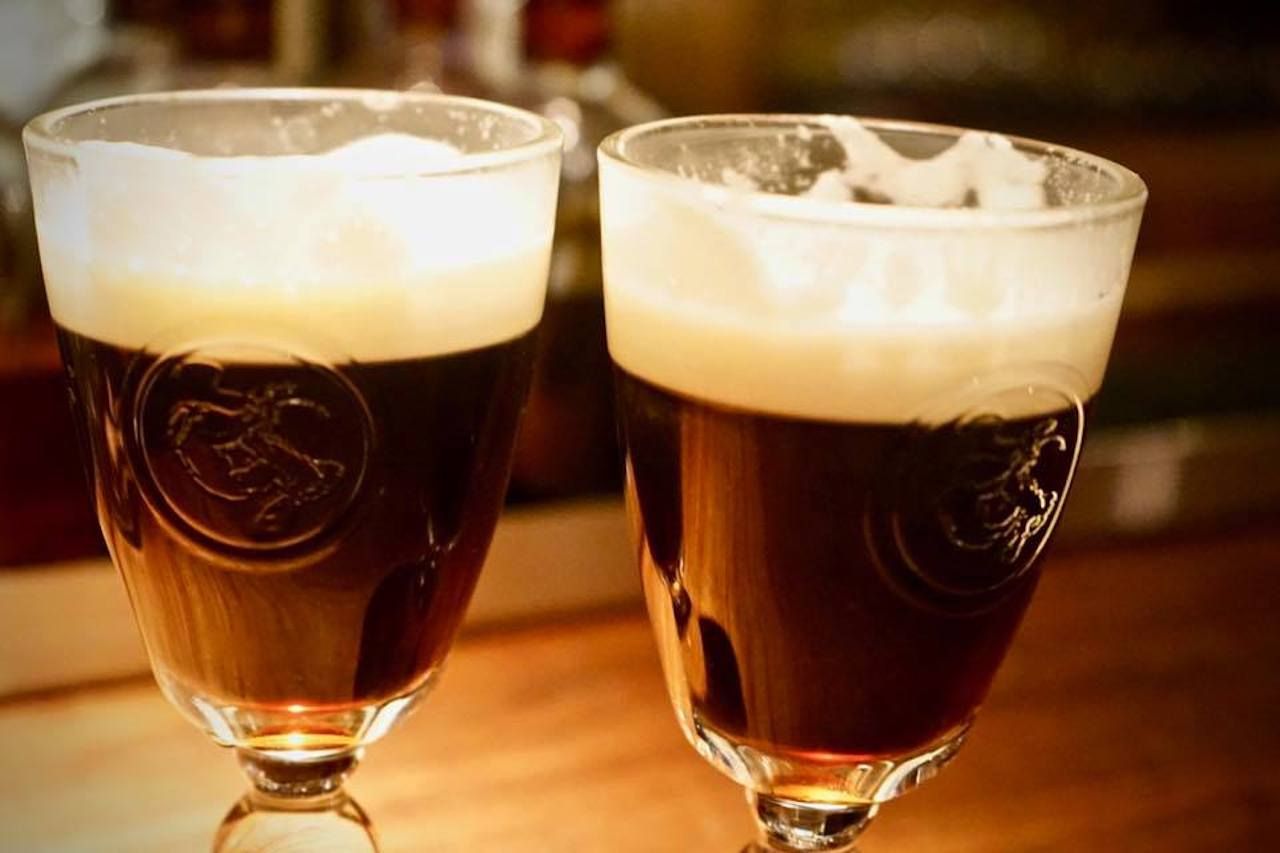 Americans are known for stealing, then subsequently changing, the food and drink of other countries. Irish Coffee is no exception.

The perfect example can be found on Reddit’s r/ireland. In 2019, a user posted a photo of an Irish Coffee with the caption, “We have had many Guinness abominations, what about Irish coffee?” It featured Powers Three Swallow single pot whiskey next to a glass mug of muddy coffee topped with what appears to be Reddi-wip. The comments ranged from mortified to resignation.

“Jesus wept is that fucking whipped cream out of a can?” One poster commented, adding, “Do the yanks have no shame at all?”

For the most part, the answer, at least when it comes to Irish Coffees, is no. I’ve had an embarrassing number of Irish Coffees in Irish-themed pubs that could pass for sweet coffee milk. The US original at Buena Vista is very tasty and worth a try — after all these years it’s still the main draw to the bar. My favorite, and admittedly the only Irish Coffee I’ve ever ordered at the same place more than once, is from New York City’s Dead Rabbit.

“[The Irish Coffee is] our signature drink and is served in all the bars,” Vose says. “We would definitely encourage tourists and first-time guests to try one, however, as they’ve probably never had a good one.”