Canada may be known for its cold winters and expansive landmasses, but it has so much more to offer than just maple syrup and good hockey. For this, look no further than Ontario, a Canadian province dotted with pristine lakes and forests. There are over 250,000 lakes in the regions north of Toronto, some lined cottages (as summer cabins are known in this part of the world) and some not yet inhabited.

All the lakes have their own unique personality — whether it’s windswept cliffs or deep, trout-rich waters — and each lake has something special to offer. The region attracts people from all over the world, and for good reason. On your visit to Toronto, take the time to spend a weekend on one of these unforgettable bodies of water. While it’s impossible to go wrong when choosing where to go, here are the top four lake regions north of Toronto. 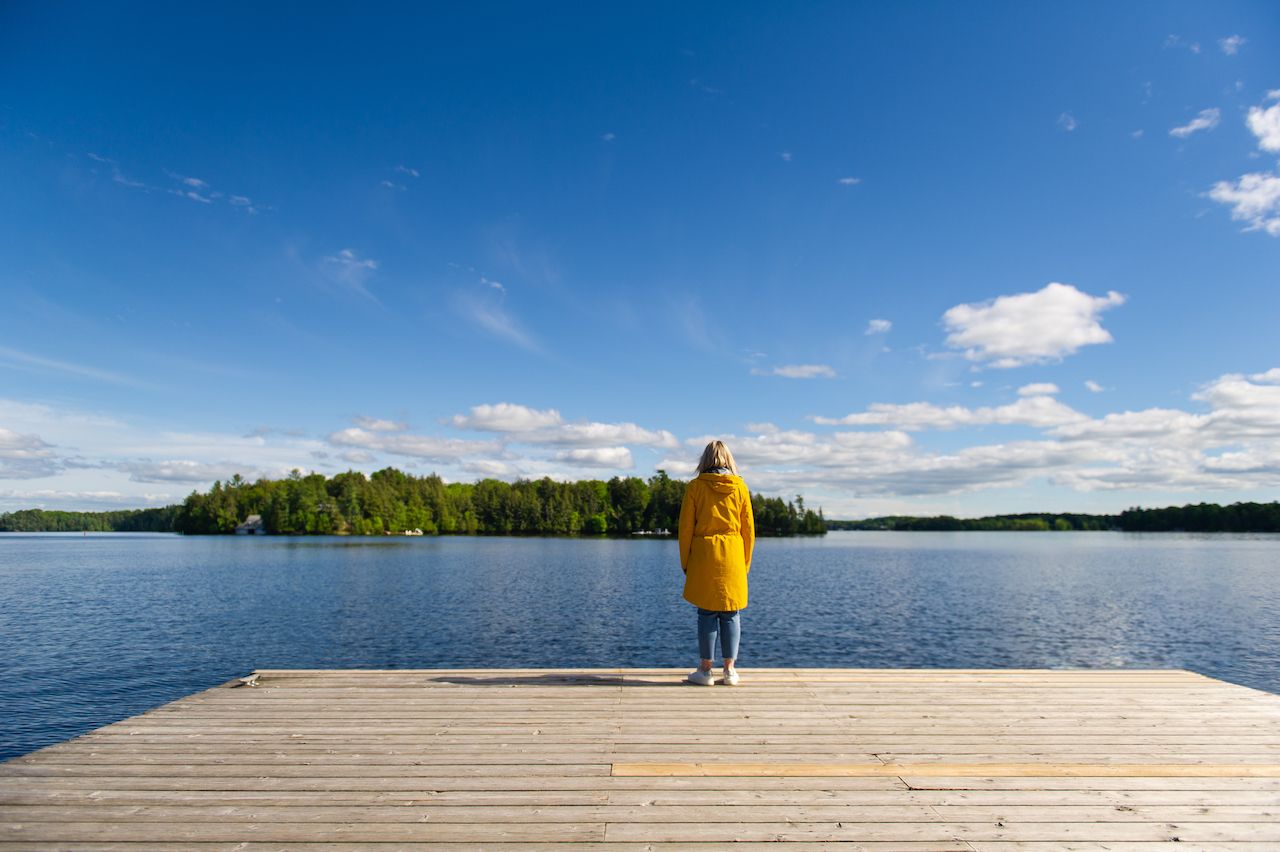 The Muskoka Region is located about two hours north of Toronto, and it consists of three main lakes: Lake Muskoka, Lake Rosseau, and Lake Joseph. First explored in the early 19th century, Muskoka has transitioned from a time of steamships and fur trappers to speed boats and comfortable cottages.

Lake Muskoka, the biggest of the three, is found to the south of Lake Joe and Lake Rosseau. It’s known for calm, wide-open water views dotted with islands and embellished with sleek, antique boats racing past. Cottages range from the humble fishing shack to the much larger, Hamptons-style house.

Many attractions dot the almost infinite lakeshore, such as Kee to Bala, a concert house that has hosted the likes of Aerosmith, Duke Ellington, and Drake. Perhaps you’d want to take sailing lessons at one of the many sailing clubs, such as The Kettles or Beaumaris Yacht Club. It’s hard to go wrong in Muskoka. Whether you’re staying near Bracebridge, the largest town, or Bala, a small town on the eastern shore, there are activities for everyone on Lake Muskoka — from swimming and water-skiing to shopping and relaxing.

Located at the junction between Lake Muskoka and Lake Rosseau is Port Carling, dubbed the heart of Muskoka. If you get lucky while in Port Carling, you can hopefully see two of Muskoka’s resident steamships, the Wanonah and the RMS Segwun, the latter being the oldest continually running steamship in North America. Upon crossing into Lake Rosseau through the locks in Port Carling, you are met with long expanses of water that eventually touch the base of the dark green pine trees that rim the shore. Lake Rosseau is known for its islands and the cottages that so masterfully blend into its landscape.

To the east of Lake Rosseau is Lake Joseph or Lake Joe for short. More rugged than its two sister lakes, and known for its deep waters and exposed rock, Lake Joe is home to many celebrities and entrepreneurs. The cottages tend to be larger and more expensive than at Lake Rosseau and Muskoka, and some stand out as architectural masterpieces. If you’re staying on Lake Joseph, then you need to visit the Lake Joe Club for high-end dining and spectacular lakeside views. 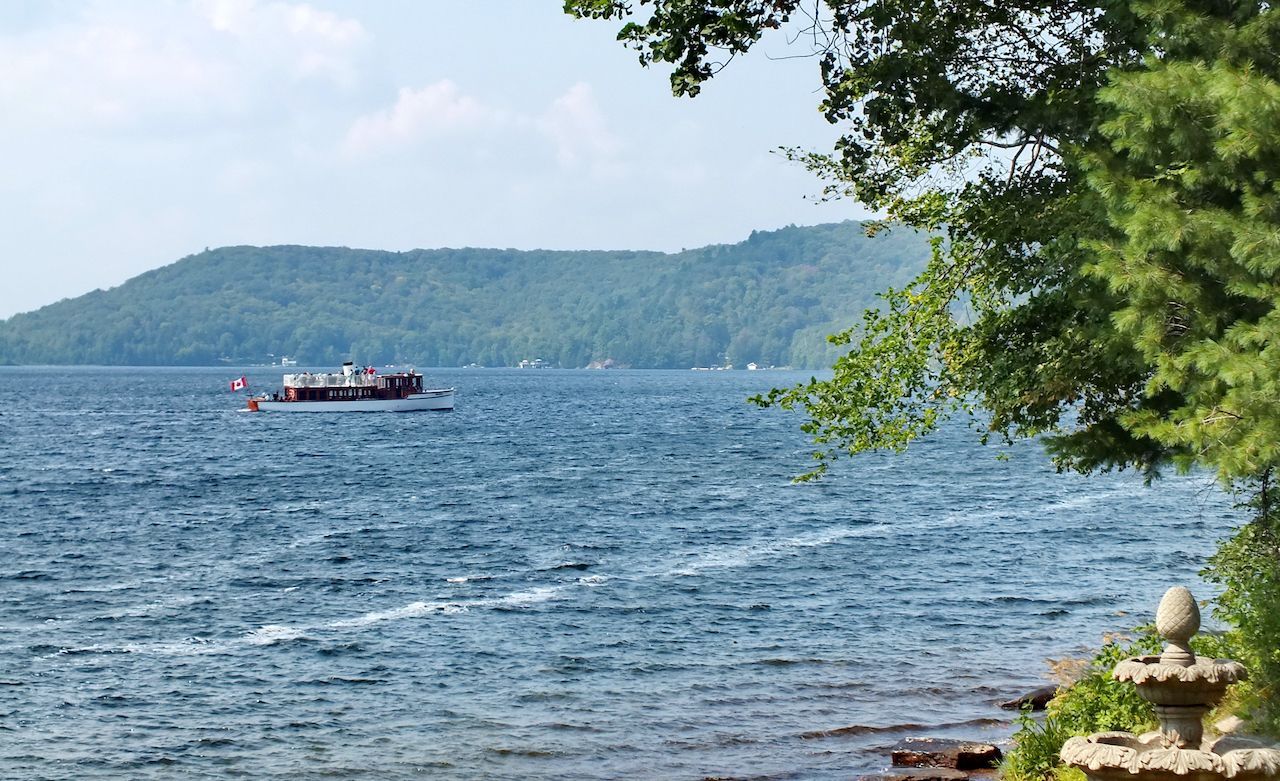 Lake of Bays is the perfect blend between a famous hotspot and a natural getaway. Located about 20 minutes east of the Muskoka Region — two and a half hours north of Toronto — Lake of Bays is named after its many inlets and tucked-away coves. For being such a famous lake, it’s remarkable how well the environment has been preserved. Lake of Bays is quite similar to the Muskoka Lakes although less crowded and more “natural.”

While Lake of Bays has its fair share of large cottages, most of the cottages are smaller and blend more masterfully into the surrounding nature. Boat houses are less common, so when you are looking out at the lake from your dock, the view is dominated by trees and a natural shoreline. If you’re into golfing, Lake of Bays may be the place for you. Lake of Bays is the home to the Bigwin Island Golf Club, an exclusive yet masterfully made course that offers views of the entire lake. 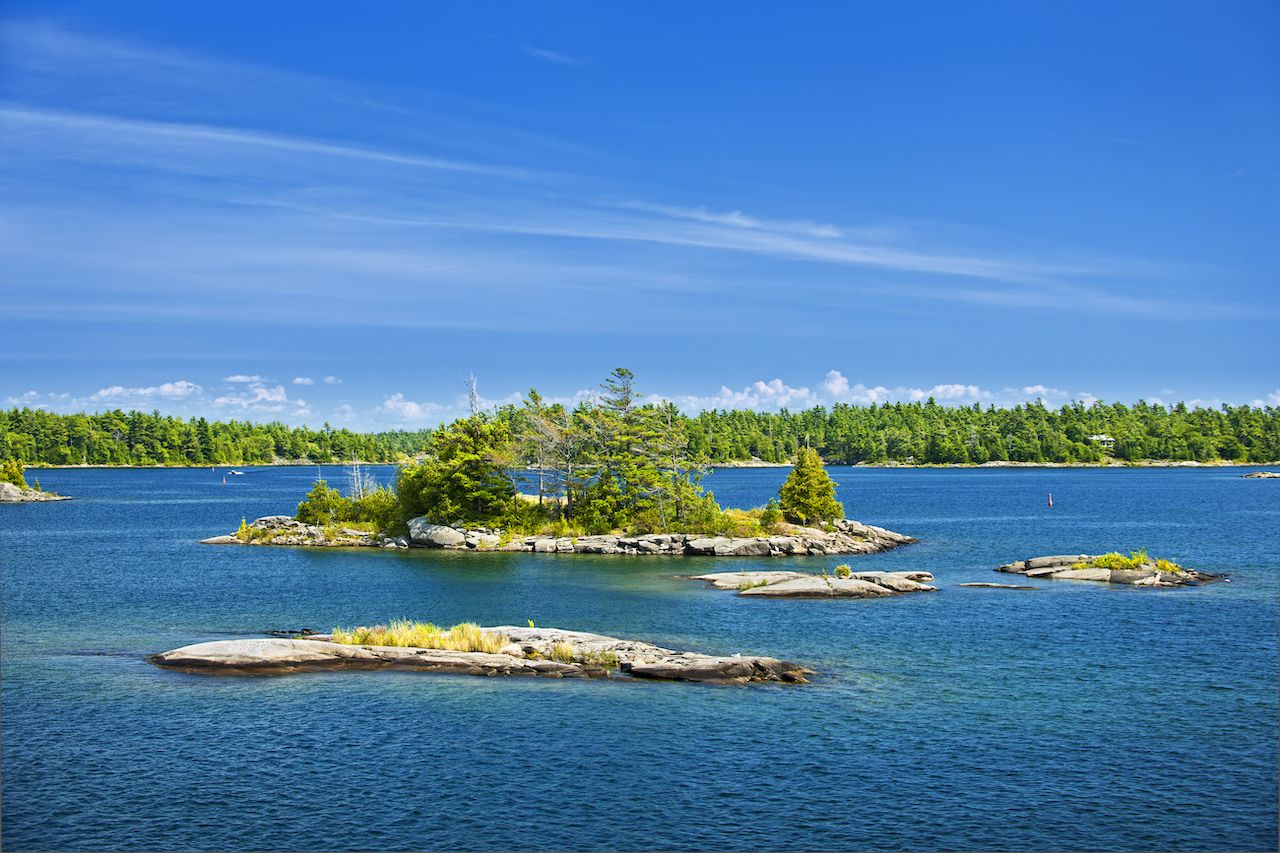 The Parry Sound Region is for those who are willing to go a little further off the grid to get a more traditional cottaging experience. The region stretches from the tops of Lake Joseph to Lake Nipissing in the north and borders Georgian Bay to its east. This expansive district of glacier-scraped Canadian Shield provides the truly off-the-grid experience, or the typical modern cottage feel, and everything in between.

Known for its size, Georgian Bay is the most popular spot to visit in the Parry Sound area, and rightfully so. With its rugged features, Georgian Bay is vastly different from any other lakes in Ontario. Whether it’s the immense size of the lake, the amount of exposed, windswept rocks, or the thousands of unique islands that fleck the shore, Georgian Bay offers everything that any visitor would need.

If you’re looking for a more rugged experience, perhaps rent a cottage on an island and experience the harsh weather while you’re tucked inside with a fire and good company. Or perhaps stay on the mainland, where you can visit the town of Parry Sound and stop at one of the many bakeries famous for their butter tarts.

In the north part of the Parry Sound region is Pointe-au-Baril, meaning “point of the barrell,” where the lake becomes even more rugged with sharp cliffs soaring out of the almost immeasurably deep waters. It is impossible to go wrong with the Parry Sound Region, just make sure you’re up for a little bit of life off the grid.

4. Kawartha Lakes: close by but a world away 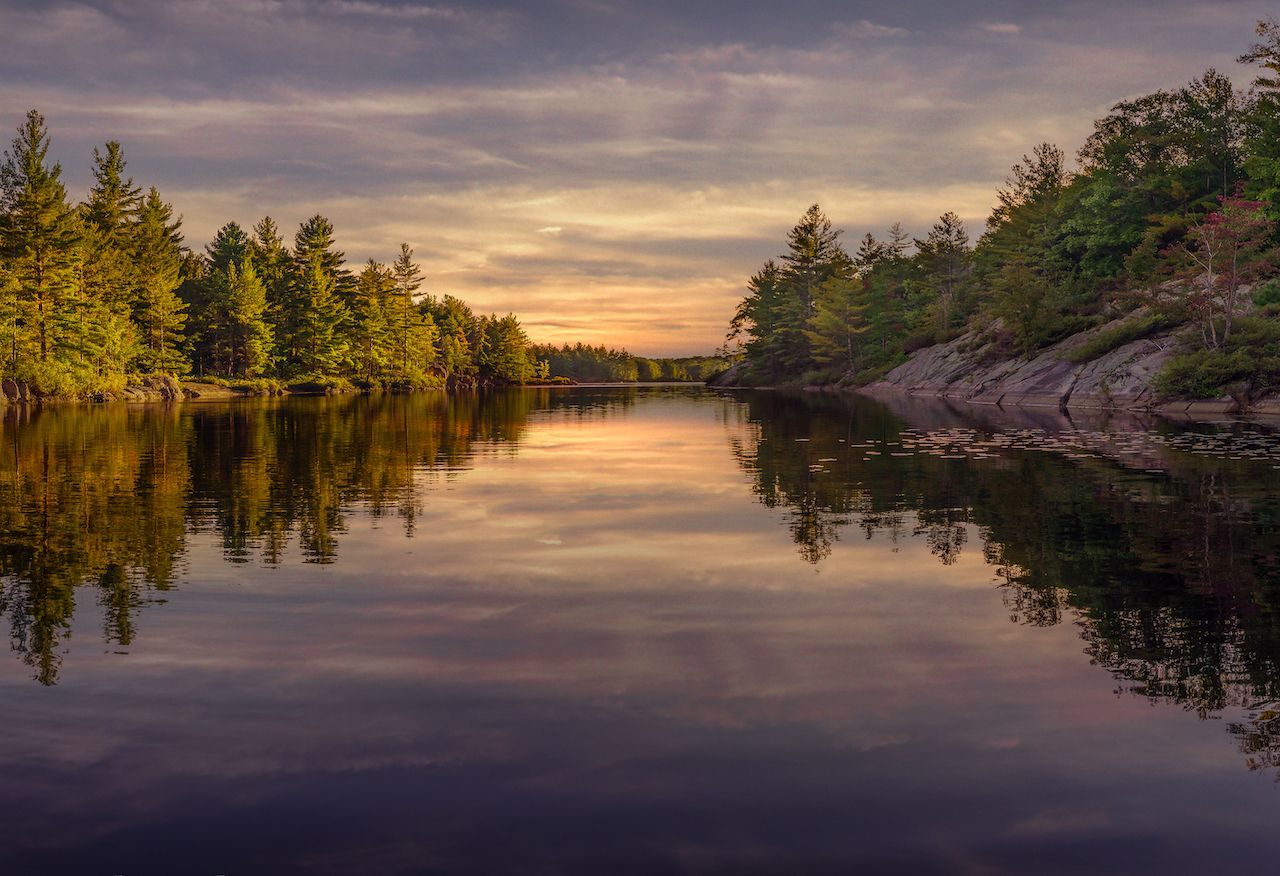 The Kawartha Lakes are multiple lakes situated just northeast of Toronto that are closer to the city than any other lake region on this list. In only an hour and 30 minutes, you could go from busy downtown Toronto to whichever of the Kawartha Lakes you’d like to visit. With more than 20 major lakes in the region, Kawartha Lakes has a lot to offer when it comes to activities, sights, and experiences.

While each lake is unique in its own right, they all have preserved the natural beauty of some of Canada’s most pristine lakes while still offering a great place to cruise on a boat, sail, or kayak. Because the Kawartha Lakes are often overlooked, some of the lakes are undeveloped and still offer a true retreat into the untouched wilderness.

One reason to make the short trek to the Kawartha Lakes is for the famous Kawartha Dairy Ice Cream, located in Bobcaygeon. If you’re not in the mood for ice cream, why not head out for a camping trip into the Queen Elizabeth II Provincial Wildlands Park, where you can hike along winding rivers while feeling like a true explorer. Or if you’re looking for a cool sight, head over to the Kirkfield Lift Lock, a marvel of engineering that lifts boats over 30 feet into the air. It is also the second tallest lift lock in the world.

TravelThe 7 Coolest Things To Do in Niagara Falls, Other Than See the Falls
Tagged
Beaches and Islands National Parks Trip Planning Wildlife Toronto, Canada
What did you think of this story?
Meh
Good
Awesome