“That place felt like a prison,” my friend told me as he got in the car at the Embassy Suites in the thick of the tourist district on the Canadian side of Niagara Falls. “It was just KIDS, running. Everywhere. You literally can’t move in the lobby. Lines for EVERYTHING. Why would anyone want to come here?”

My friend, apparently, wasn’t aware of the tourist bonanza that is Niagara Falls. It’s a great natural wonder of the world, yes. But also a great natural wonder of humanity, where on weekends during the summer you might find yourself sharing the falls with the entire population of Rhode Island. Don’t get me wrong, Niagara Falls is absolutely worth seeing, and if you can snag a spot on the zip-line you’ll get the odd moment of peace over the water.

But once you’ve seen the falls, there’s a lot more do than tourist traps. It’s one of the best wine regions in North America, where the rolling hills of Southern Ontario are lined with vineyards and best seen by bike. There are also adorable little towns, sprawling craft breweries, jet-boat rides, and hikes through the gorge. Offering far more to a vacation than waiting in line to take selfies.

1. Take a jet-boat ride down the river. 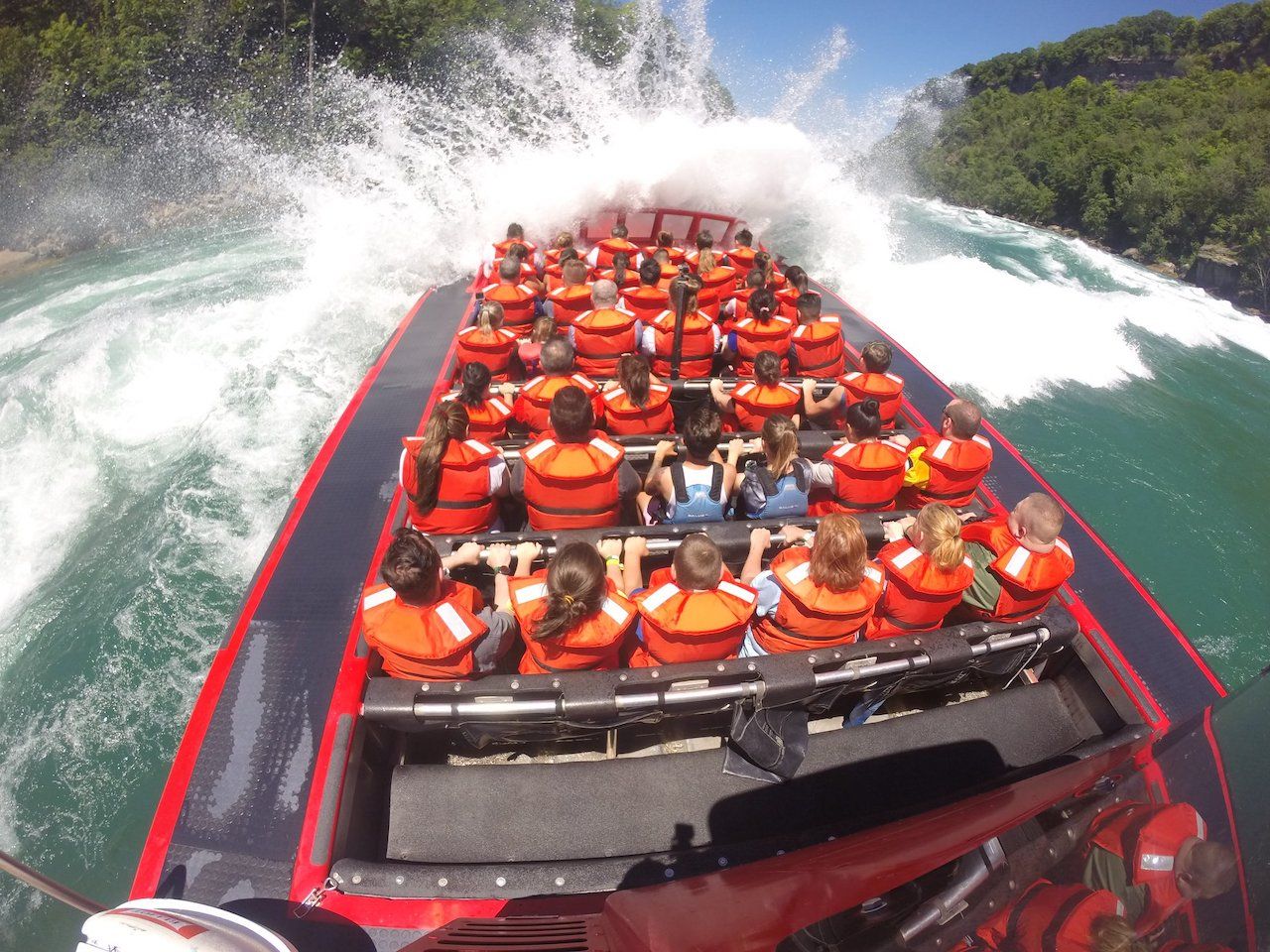 Next to the Hornblower cruises and the Journey Behind the Falls, the Whirlpool Jet Boat tours are probably the next most popular attraction. But when you’re speeding over Class V rapids on a boat that looks straight out of Miami Vice, the fact you’re sharing it with 45 other tourists is easily forgotten.

Whirlpool doesn’t give you that snazzy yellow slicker as a fashion statement, either. You’re getting WET, which can be refreshing if you’re here in the height of summer. Enjoy racing through the green canyons of the Niagara River Gorge, with the US on one side and Canada on the other, racing through rapids made famous in Superman II.

2. Ride a bike through wine country. 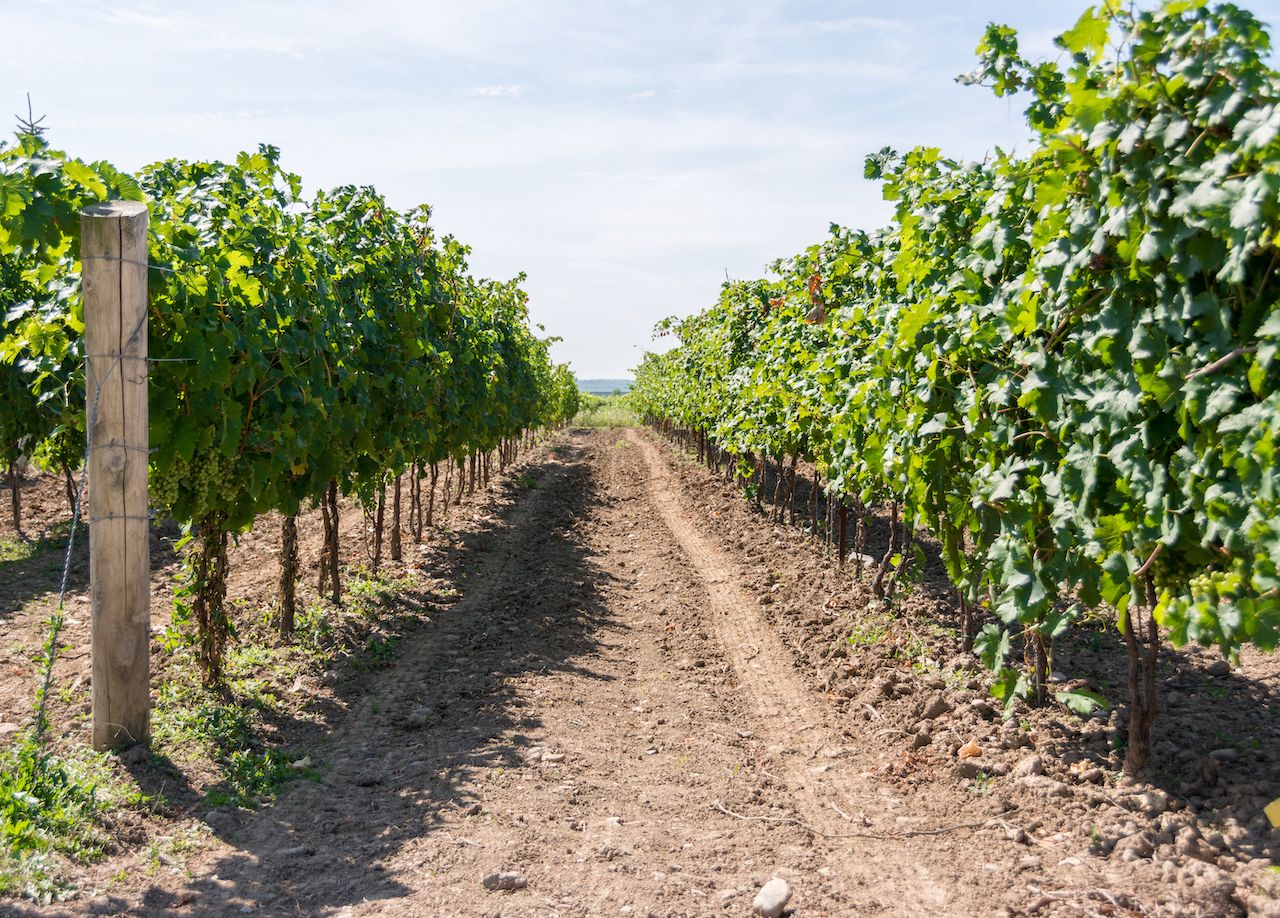 The area around Niagara Falls is homes to dozens of wineries, which cover the landscape along the Niagara Escarpment in rows of meticulous grapes. And yes, they make a lot more than ice wine. Rent a bike and spend the afternoon rolling through the countryside, stopping intermittently and tasting some of the most surprisingly great blends in the hemisphere. Zoom Leisure Bikes is probably the biggest supplier though County Cycle in Beamsville will get you a little closer to the action.

The big winery names will be Peller Estates and Two Sisters in Niagara-on-the-Lake. But you’ll be better rewarded heading a little further out to the smaller, boutique spots. Start your day at Vineland Estates in Vineland, a hilltop winery with two helipads, popular among celebrities visiting the area. Enjoy a spectacular view and stunning reds like the Cabernet Franc and Elevation Cabernet Sauvignon. 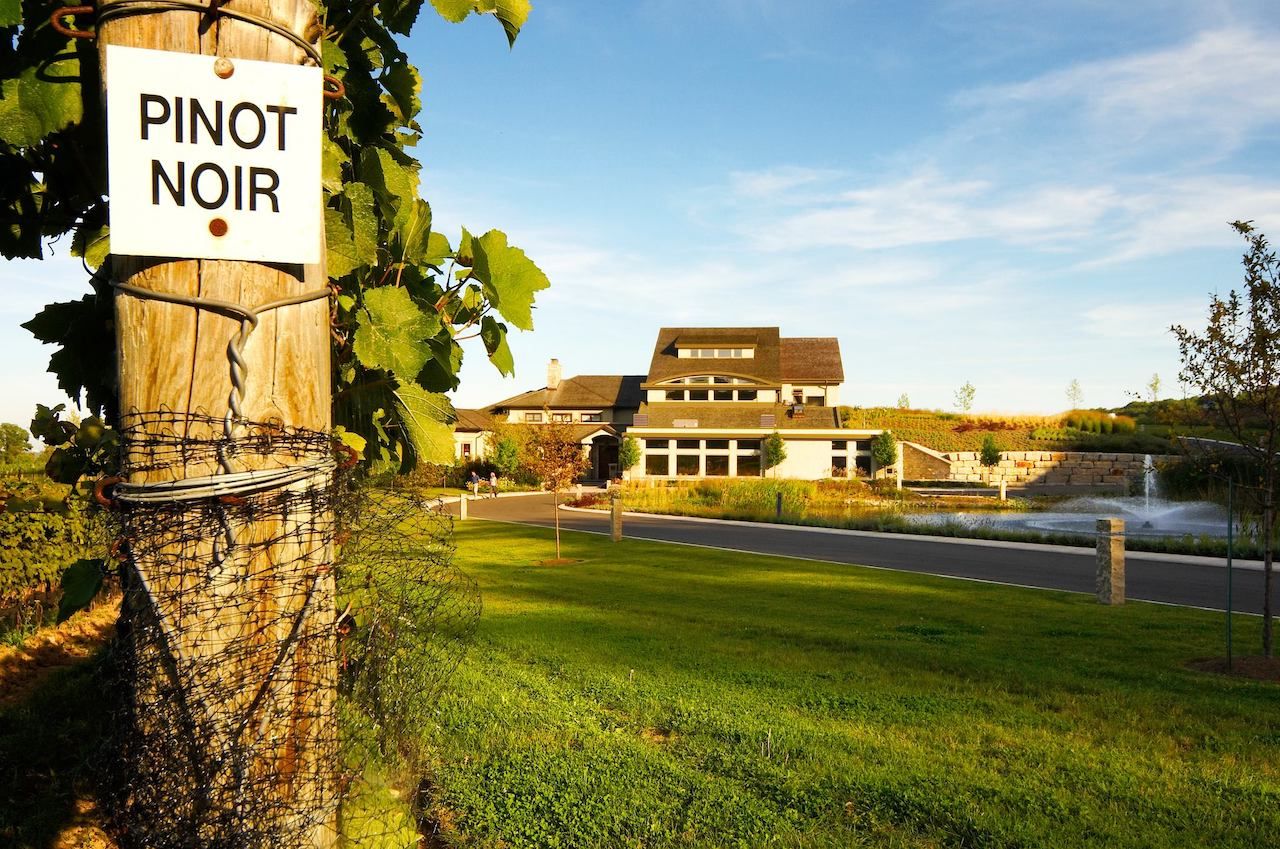 Continue pedaling a mile or so down the hill to Tawse Winery, where you can taste the subtle Riesling in a cave, then enjoy a glass while watching a herd of sheep groom the vineyards. Tawse also has an in-house distillery, if you want to mix some spirits into your drinking tour.

Gear up for your steep climb back up to Megalomaniac Wines, where you’ll find a view worthy of a hyper-inflated ego. You’ll also find the perfect gift for the arrogant prick in your life, with bottles named Contrarian White and Pompous Reserve. Some labels are printed backward, too, ideal for the selfie-obsessed.

From there, close the day at Ridgepoint Wines, a family-run estate winery with the friendliest tasting room in the region. Their reds are the go-to, particularly the Meritage and Sangiovese. It caps off a day riding an easily traversable wine trail, even for novice cyclists. And easy to manage even after a day’s worth of samples.

3. Bask in the sunshine while drinking craft beer. 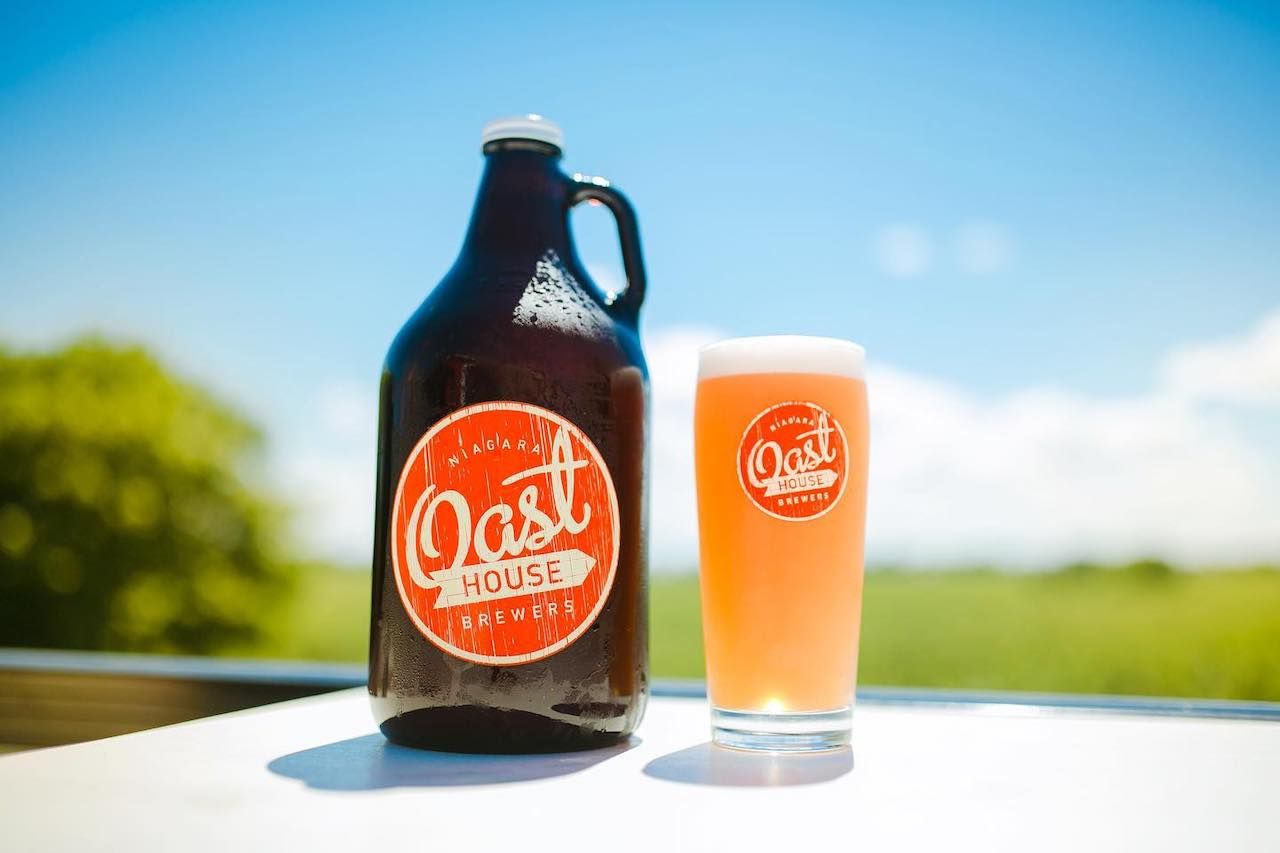 Wine not your thing? That’s cool, Niagara Falls has an entire ale trail you can follow, boasting over a dozen breweries within a short drive of the falls. The closest to the falls is Niagara Brewing, and though it’s on Clifton Hill, it doesn’t feel overrun with tourists. If you want to get out of the madness, though, make the short drive to Oast House in Niagara on the Lake. This old farmhouse makes some of the finest farmhouse ales in the land, from its signature saison to a refreshing watermelon gose. The high-ABV stuff is best enjoyed on Oast’s sprawling back patio, paired with Brushfire BBQ’s brisket.

Another outdoor drinking destination is Bench Brewing, set atop a small hill in the heart of wine country. The massive operation is partially contained in an old schoolhouse, where Erik Peacock — one of its proud alums — has crafted the best brewery menu in the region with stuff like Moroccan chicken wings and dry rub beef ribs. The beers are standouts as well, with the Ball’s Falls session IPA drinking especially nicely on a sunny day on the patio.

4. Sample the freshest cheese in Canada. 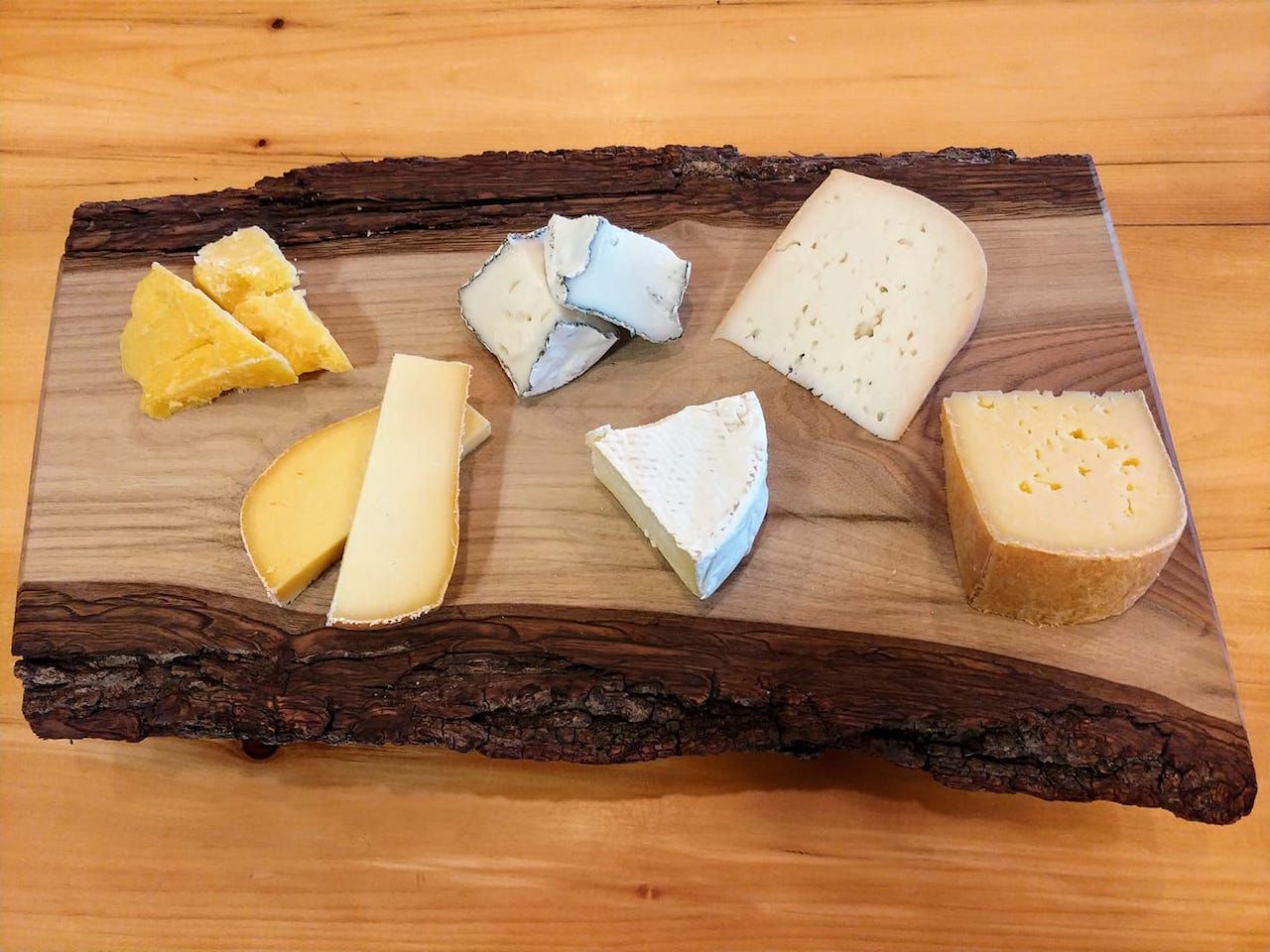 Cheese tourism hasn’t exactly caught on like beer and wine has. But if you’re pedaling through Niagara’s wine country and see an unassuming little roadside shop called the Upper Canada Cheese Company, make a stop. Inside, an eager and knowledgeable staff of cheese mavens will walk you through some of the tastiest cheeses in the country, with free samples for all who stroll through. Upper Canada’s cheeses all come from Guernsey A2 cows raised just up the road, giving them a fresh, unique flavor you won’t find back in the States. Go for the Niagara Gold and Comfort Cream, which have both won awards in national competitions.

5. Eat dinner at a vineyard. 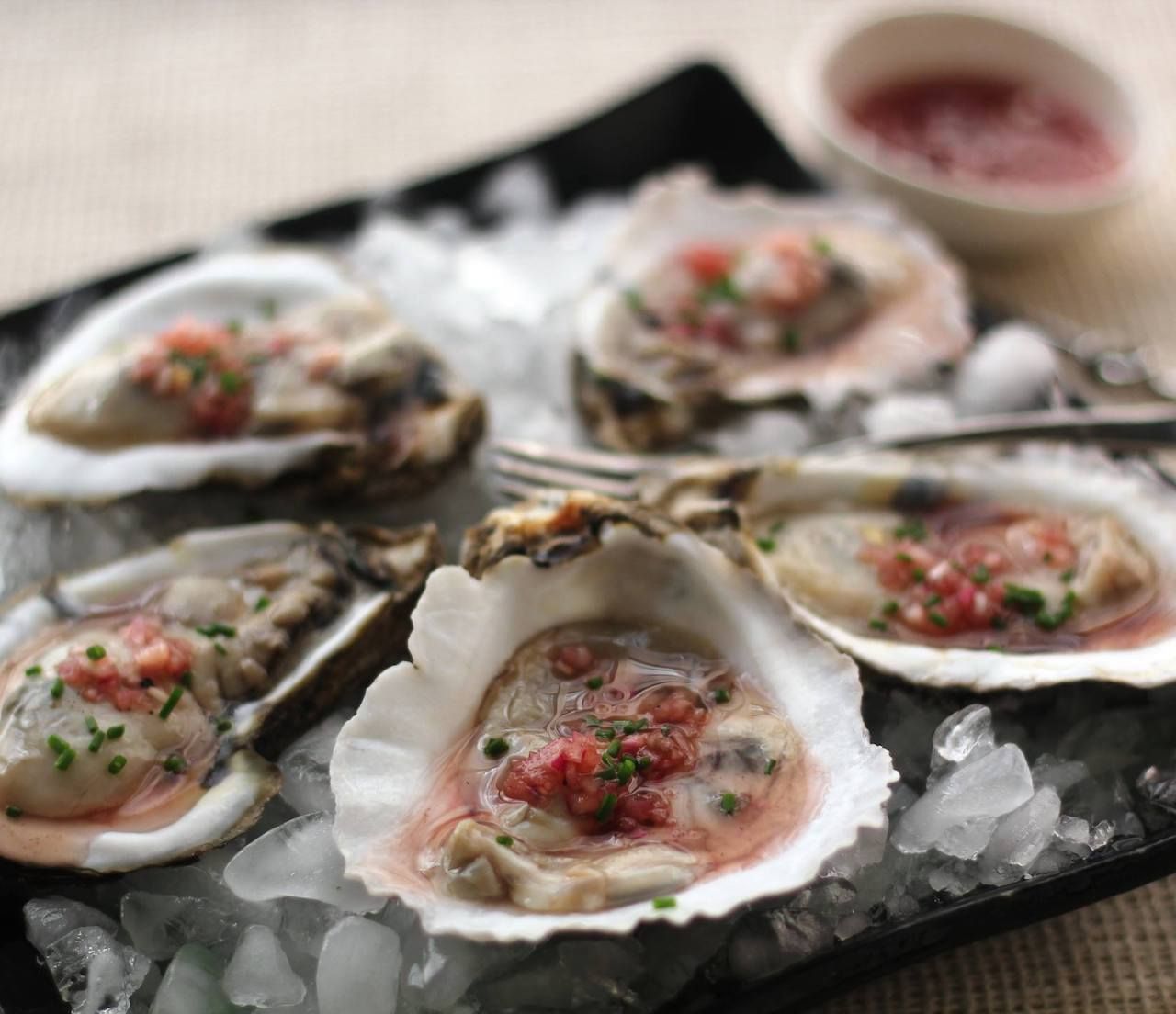 After a day of standing in lines, getting cold water sprayed in your face, and dodging unsupervised children at your feet, few things sound better than a relaxing dinner in a vineyard. If you’re into pairing wood-fired pizzas with wine, make the drive to Honsberger Estates, where an Italian chef has set up a brick oven within smelling distance of the vineyards. Here you can relax as the sun sets over the farm, smelling the wood-burning oven cooking your dinner. The restaurant is set between an old barn and a brick farmhouse, where you’re best to pair the 2015 Cab Franc reserve with the pie of your choice.

If pizza isn’t your first choice — or you’d rather eat indoors over a sweeping vineyard view — opt for Redstone Winery, walking distance from Bench Brewing. The glass-walled estate serves up $1.50 oysters on Sundays and a menu of New American stuff like Elora chicken with raisin-carrot puree and lamb with smoked paprika marmalade. The indoor setting makes it perfect if the weather isn’t cooperating, and it’s every bit as calming as its outdoor counterparts.

6. Spend the night in a charming village. 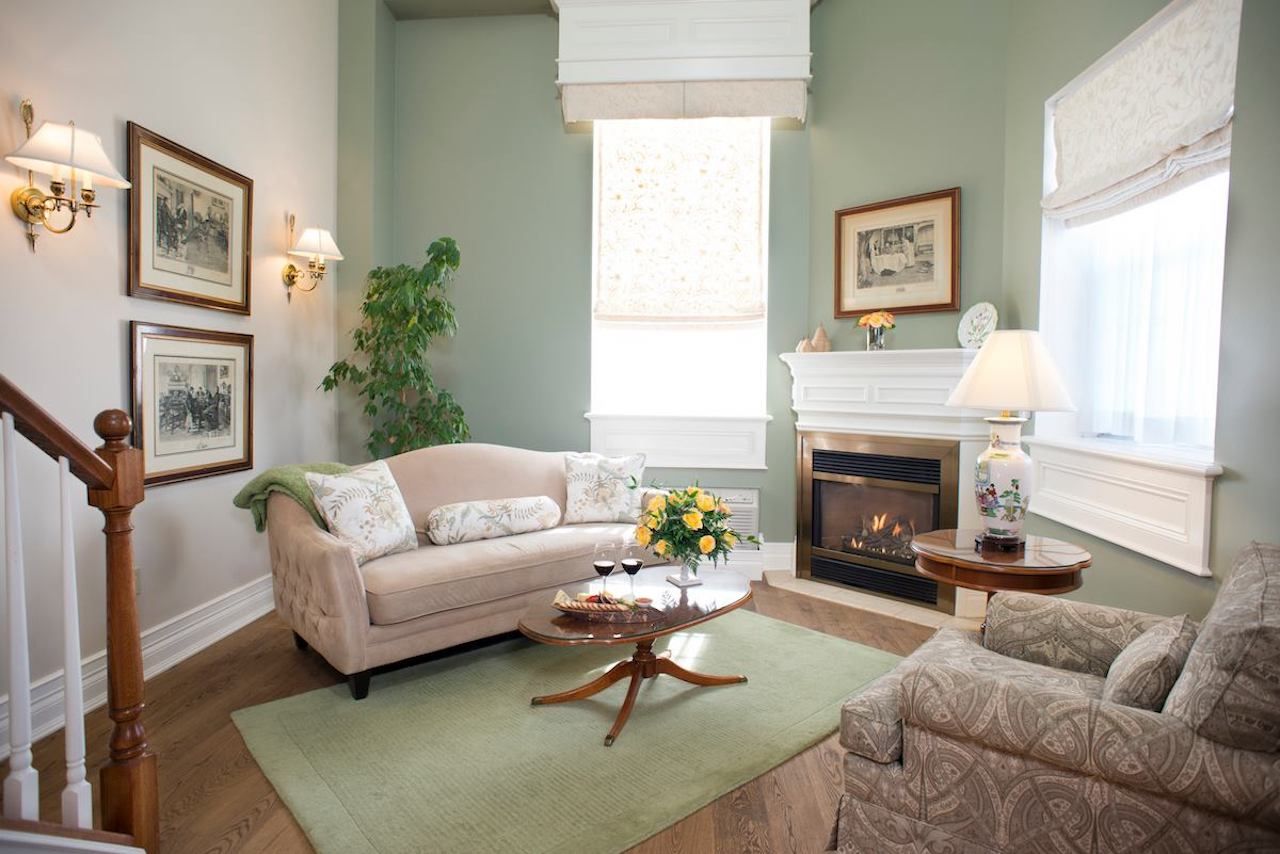 Photo: Inn On The Twenty/Facebook

Though there’s no shortage of hotels near Niagara Falls, if you really want to avoid the hordes, make your escape an overnight. The little village of Jordan Station feels like it was dropped from Northern California on the shores of Lake Ontario, with a small strip of boutiques lining one side of its main drag and the colonial-style Inn on the Twenty on the other. The Inn is full of two-story suites where you can relax with a glass of wine by the fireplace on the lower level, and inside a jacuzzi on the upper level.

Across the street you’ll find the Cave Springs Cellars tasting room, so you can keep the wine-tasting party going. It’s the perfect spot for a little pre-dinner Riesling; three of its vintages scored over 90 from Wine Spectator. After dinner, walk five minutes to the other end of town and the Jordan House Tavern. It’s about as close to a locals’ bar as you’re getting, with wood-lined walls and big screen TVs perfect for enjoying a hockey game and a big, draft Canadian. 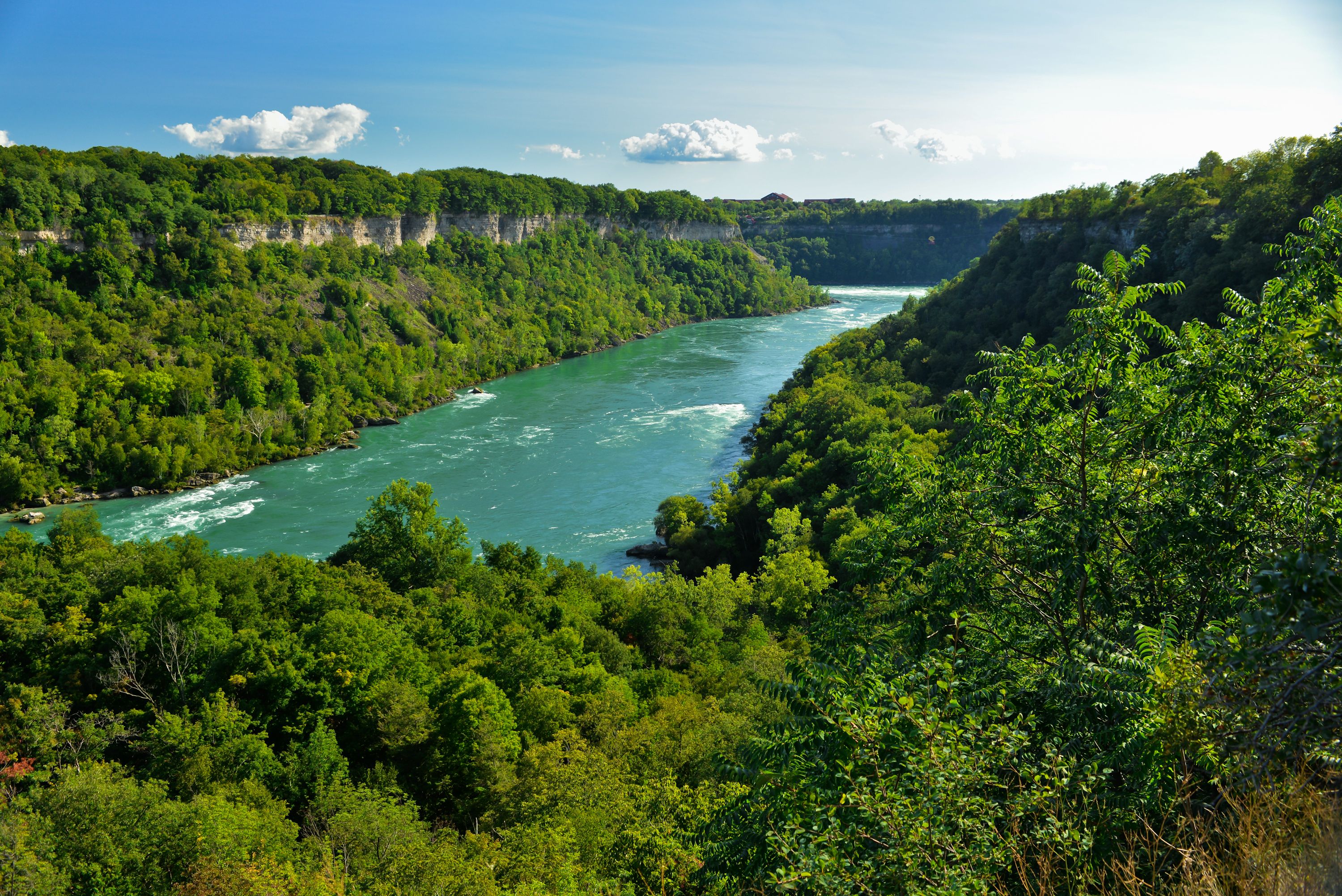 Eating and drinking your way through Niagara Falls might leave you feeling a little… heavy. Not that an afternoon on the gorge will negate a weekend’s worth of beer and wine, but it is a scenic way to get your heart pumping after a couple days of gluttony. The Niagara Glen Gorge offers plenty of hiking trails with postcard views out over the Niagara River and the lush gorges around it. From there, you can spot all the boats jetting through and be thankful you’ve found a way to separate from the masses.

The Bomb Cyclone is transforming Niagara Falls into a winter wonderland