For some reason we can’t quite place, interest in living outside the United States has increased recently, with many expressing a desire to marry the nearest, willing Canadian. But sometimes as Americans, we don’t realize how difficult it can be to move somewhere else; some countries make our immigration process look simple while others are, shall we say, less than hospitable to Americans. Still, other places, though nice to live, are so far away that moving — and returning home — are prohibitively difficult.

But within just a few hours of flying south, there are a number of countries where moving is simple, immigration is easy, and the people are hospitable. And more than a few of them look like paradise. We consulted the folks at Live and Invest Overseas and found seven countries nearby in Latin America that are easy for us to move to. 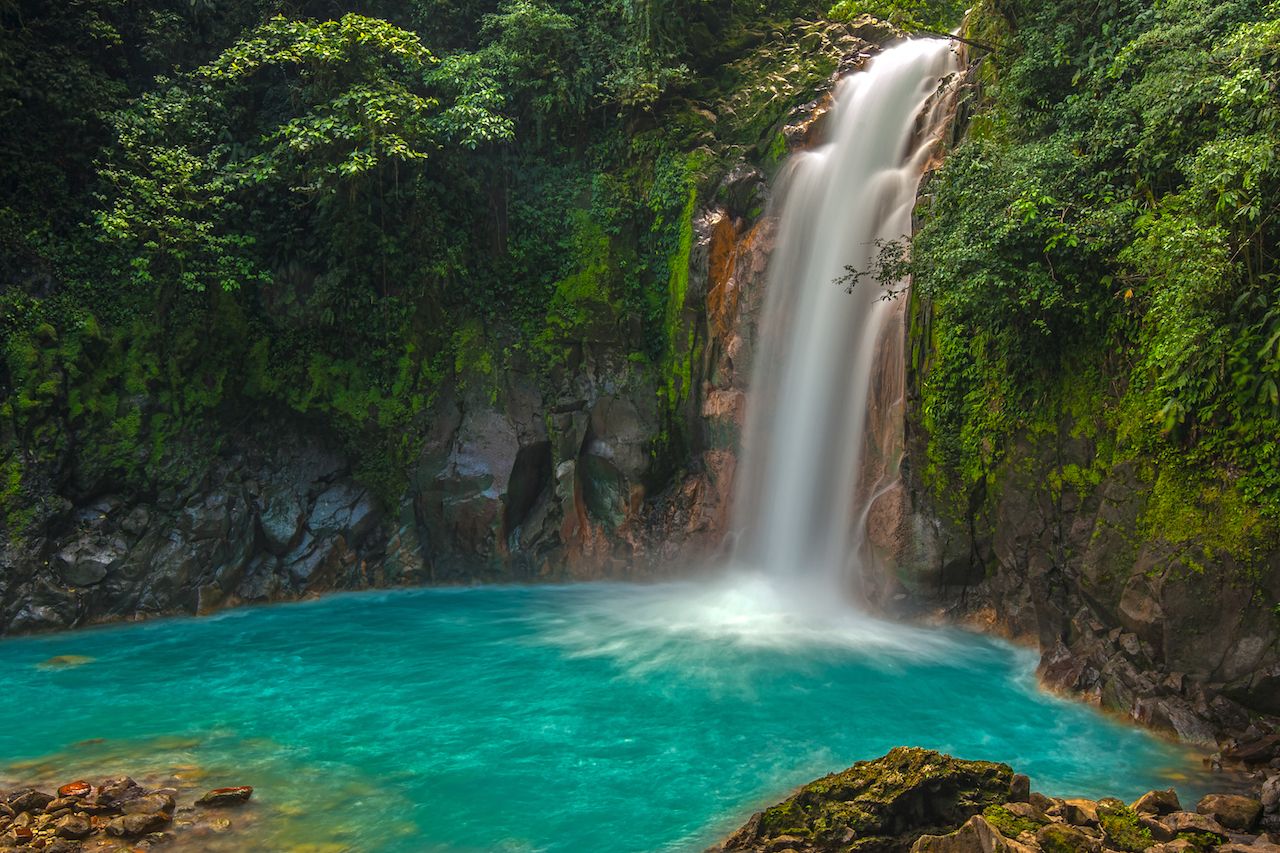 Costa Rica has always seemed like a stable option for expats looking to relocate to Central America. It has the highest literacy rate in the region. It’s in the United Nations. Oh, and the surfing isn’t bad, either. Plus, it has a cost of living that — while higher than other Central American countries — is vastly cheaper than even the lowest-cost US cities. There’s also high-speed WiFi in far-flung stretches of the coast and up in the mountains, so for remote workers, it’s an easy transition.

Taxes aren’t bad either as Costa Rica won’t charge any tax on money made outside the country. So, again, for remote workers with US companies, double taxation won’t be a thing. With more money to spend and fewer things to spend it on, life by the beach in Costa Rica might be the change you need.

How to get residency: Costa Rica has three main types of residency. The first is a retiree visa, which applies to anyone getting $1,000 or more per month from a pension or retirement plan. You can get this visa for three years then apply for permanent residency. If you’re not retired but can prove you make $2,500 a month, you can move here on what they call a rentista visa, which allows you to stay for as long as you’re making that income. 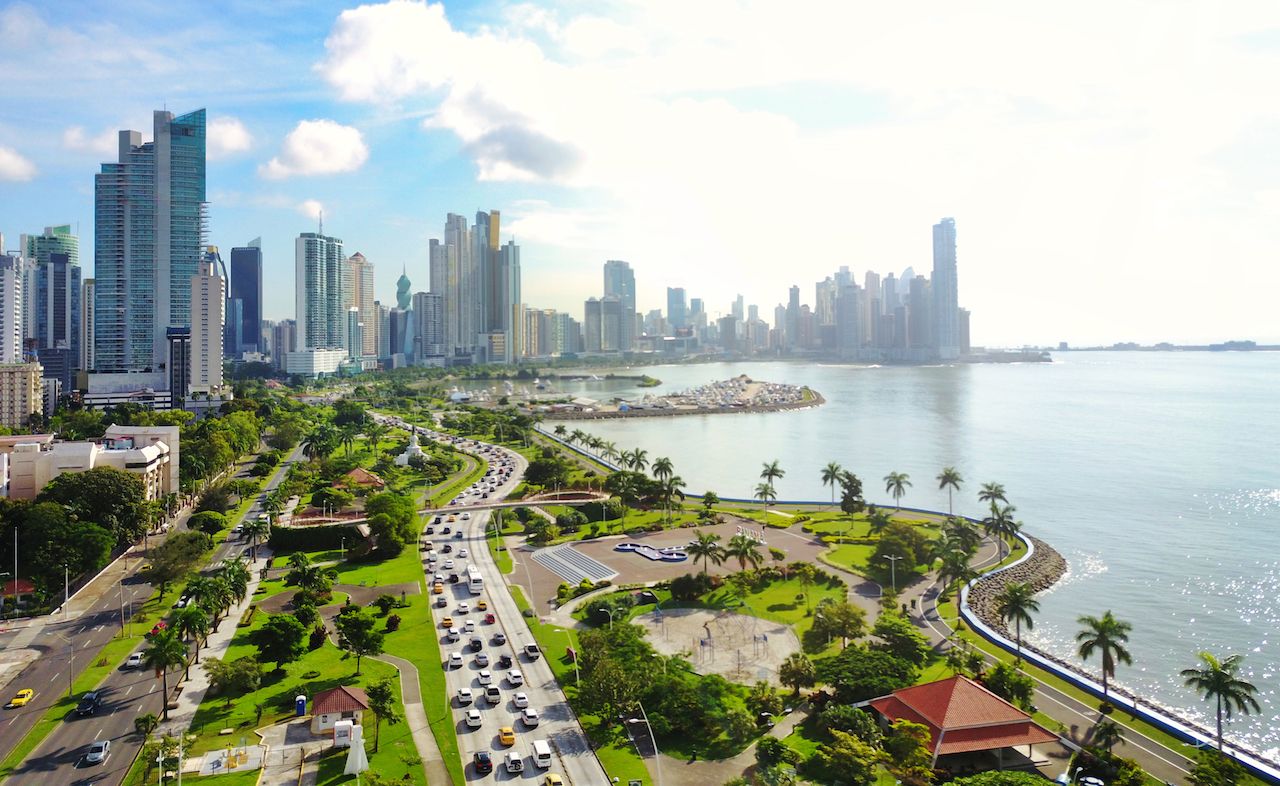 Looking at the skyline of Panama City, it’s easy to confuse it for Miami. The same thing happens when you walk the streets. You’ll hear English about as much as you will Spanish and meet people from nearly every country in Latin America, and much of the world. It’s the most international city in Central America, and as an expat, you won’t feel all that out of place in this trade hub that draws business people from China and beyond.

That’s all thanks to the big ditch the US helped build over 100 years ago, which has been under Panamanian control for nearly 18 years. The money the canal generates has led Panama to become perhaps the most comfortable country in the region for Americans. But it’s not allabout the money. Panama has some of the most striking biodiversity in the world, lush jungles, and stunning Caribbean beaches. Take a trip to the Biomuseo in Panama City to learn about all of it before you head out.

How to get residency: Panama isn’t terribly particular about who it lets in so long as you can pay your way. A business investment visa is probably the easiest way, or you can open a bank account with a minimum of $5,000 and buy property with a minimum $10,000 investment. For retirees, Panama might be the best country in the world, with only $1,000 a month requirement and a pensionado program that offers deep discounts on everything from health care to movie tickets to flights back home — or wherever else you want to travel with all that free time. 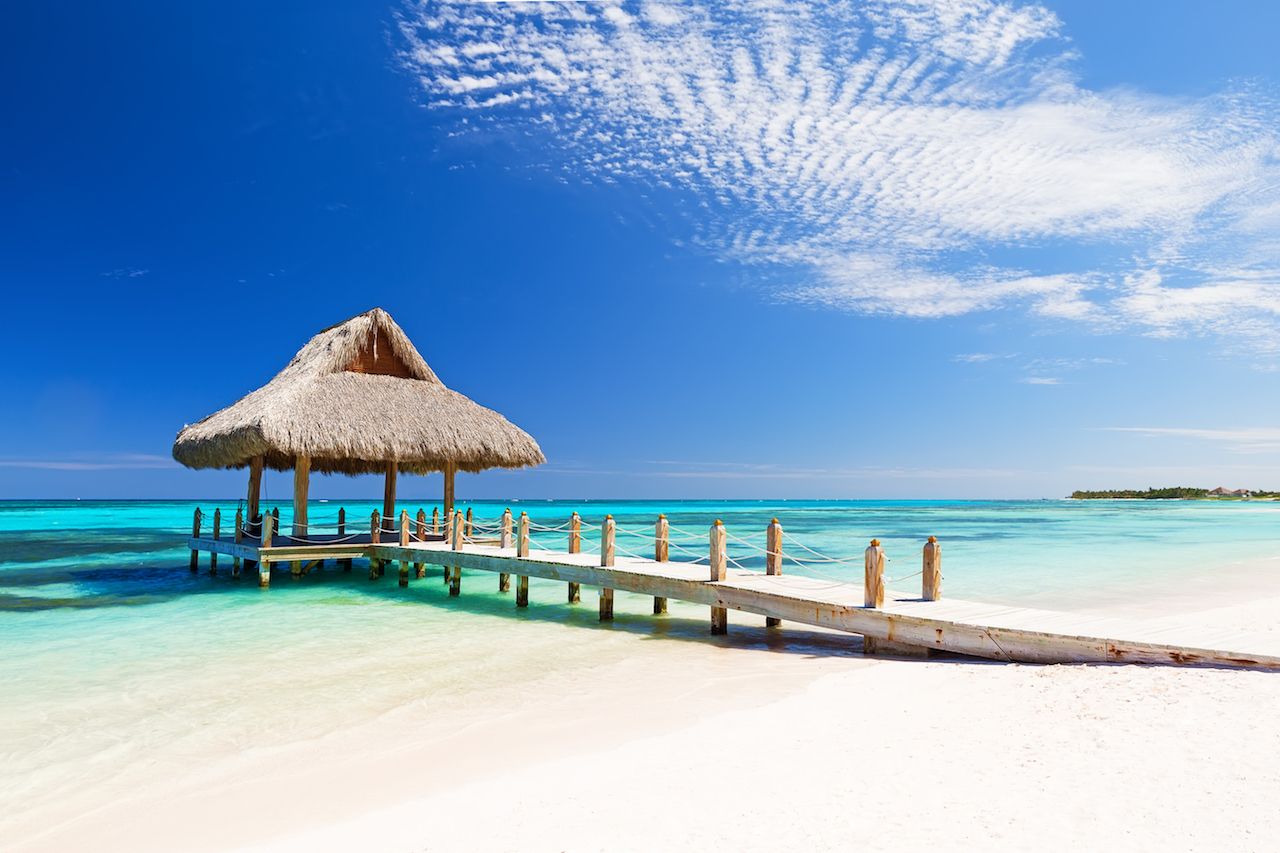 The all-inclusive beaches on Punta Cana, Casa de Campo, and Puerto Plata are what most people associate with life in the DR. But few realize the historic beauty of the country, whose historic city of Santo Domingo dates back to the 1500s and has some of the oldest and best-preserved Spanish-colonial architecture in the world. It’s among the most vibrant and exciting cities in the Caribbean with a rapidly improving infrastructure, and if you still crave urban life outside the United States, Santo Domingo is a fantastic place to live. Beyond the city, the Dominican Republic is also home to the highest point in the Caribbean at Pico Duarte and offers a number of cold-weather mountainous escapes in the Cordillera Central range.

The Dominican Republic also has one of the lowest costs of living in the Caribbean, a place where you can get a house on the beach for less than a starter home in most US cities, and you can live like a king on about $2,000 a month. With short flights to the east coast, envy-inducing scenery, and no fiduciary barriers to enjoying it all, it’s a relaxing and beautiful alternative to life in America.

How to get residency: You must be a temporary resident of the Dominican Republic for five years before applying for permanent residency. So you’ll have some time to try it out. You can get temporary residency status through a (relatively) simple application where you prove your monthly income. After two years as a permanent resident, you can apply for citizenship, which consists of another application and an interview. Get approved, and you, friend, can begin to call yourself a platano. 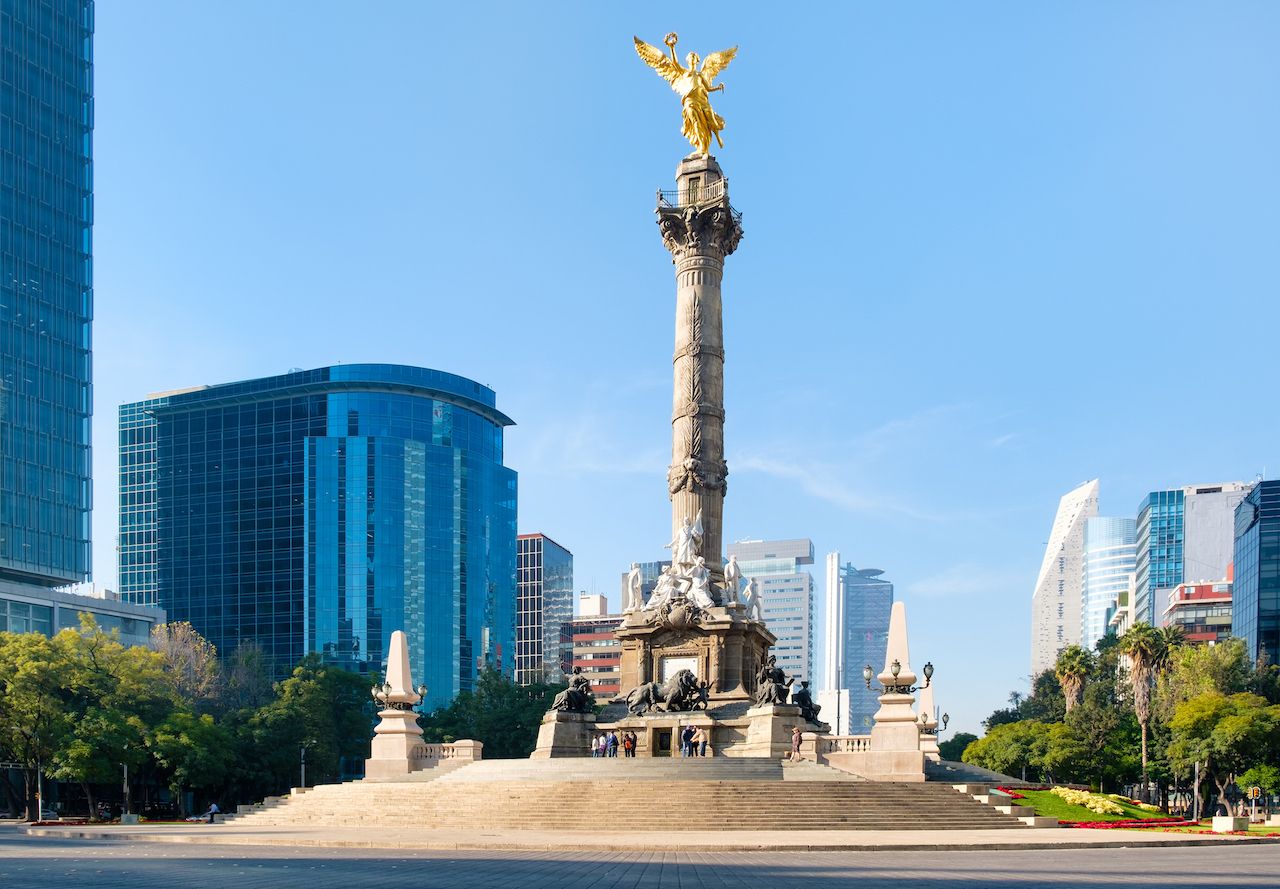 Moving south of the border is not a novel concept as the most popular country in the world for Americans has over a million of us living there currently. Most illegally. How’s that for irony. Of course, that makes sense since moving here involves not much more than packing up your car and bringing some cash. Here, you’ll find plenty of people speaking English; some of the best beaches in the world; and vibrant, international cities that sometimes feel strikingly European.

It’s easy to get home from Mexico for stuff like doctors visits and holidays, and you can stay here for six months at a time on tourist visas — which means for remote workers who won’t need to find employment, living here is as easy as flying back home twice a year. Though Mexican real estate has gotten more expensive over the past five years, it’s still crawling back from the 2008 crash that made buying a home here dirt cheap. But it’s all relative, and if you’re not looking for a waterfront mansion, houses are still a fraction of what they would be stateside.

How to get residency: The temporary residence visa is the simplest route, which you can get by proving you have the income to sustain yourself while living in Mexico and detailing the activities you plan to partake in while in the country. That permit is good for four years. If you live in Mexico consecutively for those four years, you can then apply for permanent residence. 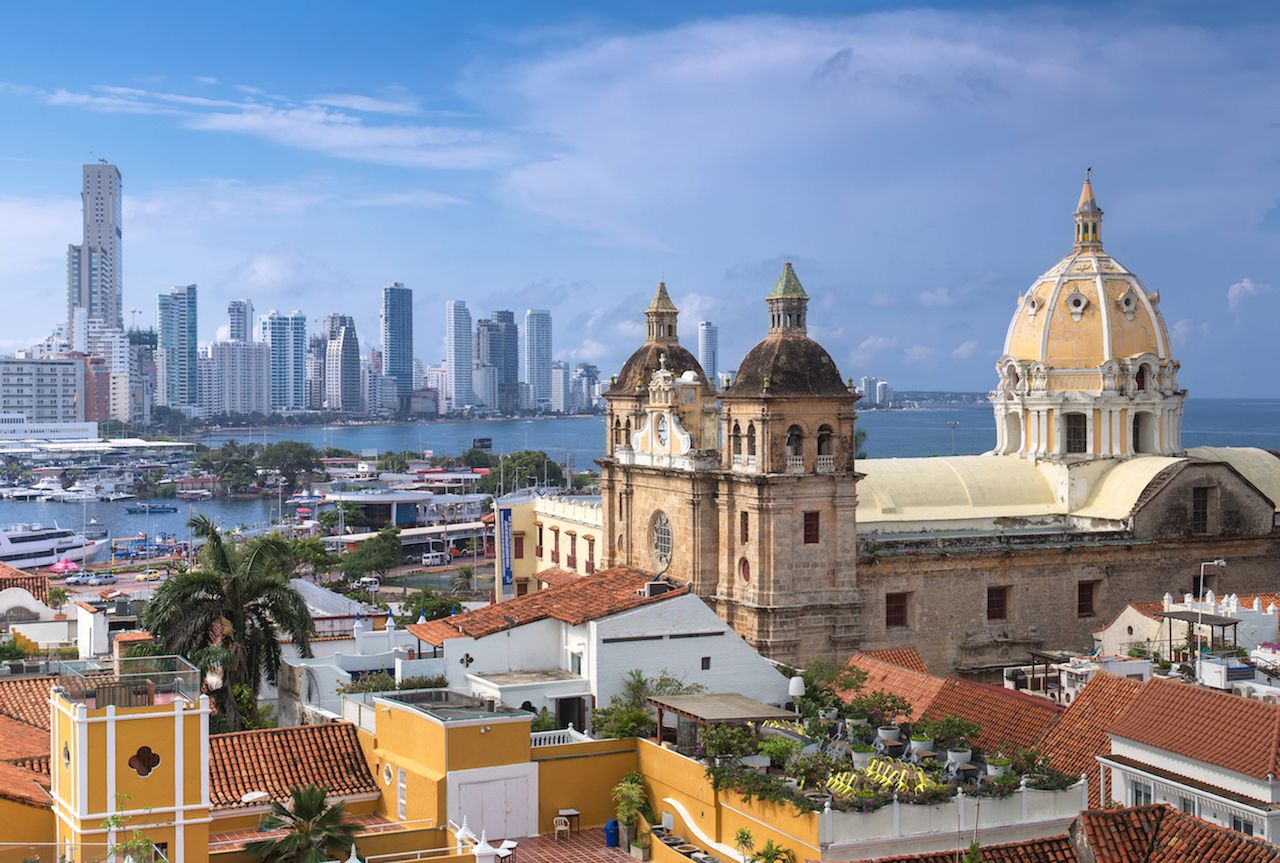 Now that the safety concerns of decades past have mostly been eliminated, Colombia is a compelling country to move. On its coastline, you’ll find white sand and turquoise water along the Caribbean shore in cities like Barranquilla and Cartagena, which are great places to live but far from the only option. Head inland and you’ll find the thriving capital of Bogotá, which is rich with business opportunities, culture, and some of the best museums in the world. If nightlife is your favorite pastime, Medellin is one of the best party cities in the world.

The colonial architecture here is also impressive, whether in the walled city of Cartagena or up in mountain towns like Mompox and Barichara. People are alarmingly friendly, and you won’t only make friends easily but may also find yourself invited to dinner by strangers within an hour of meeting them. The country is eager for foreign investment, so if you’re looking to buy property, you won’t find much red tape.

How to get residency: For retirees, this one is easy. All you need to do is prove you make $629 a month. For investment visas, you’ll need slightly more than that as requirements are 650 times the minimum wage, or about $135,000. You can also gain residency by starting a business here, though that can take a lot longer than simple investment options. 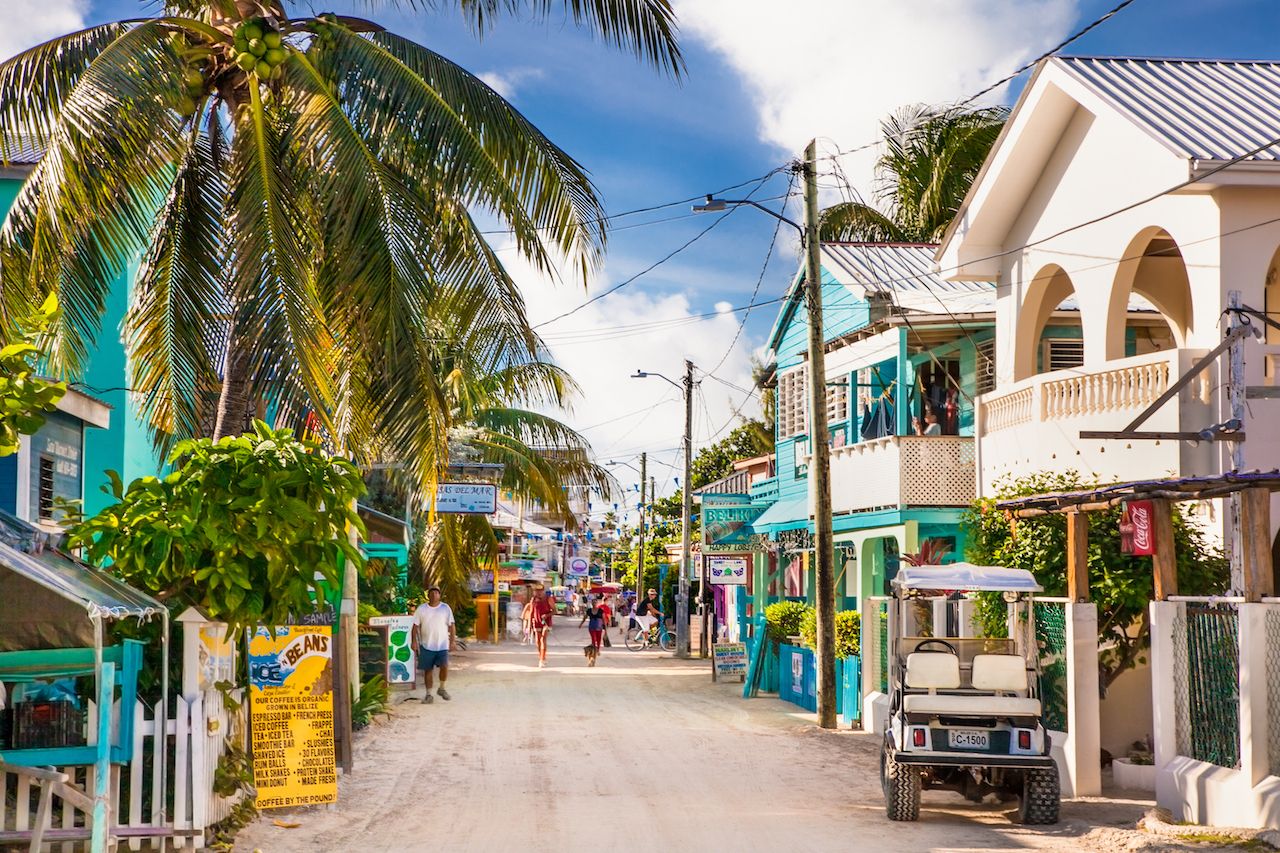 For Salt Life nature lovers, no place is better to move than Belize. It’s home to the largest barrier reef outside Australia and boasts some of the best diving in the world. It’s also made up of dozens of tiny Caribbean islands, which means if you own a boat, you can spend your days exploring little secluded white sand beaches, and truly escape to paradise for hours at a time. English is also the official language of Belize, so paperwork, logistics, and communication will be a breeze.

It’s also the cheapest country to live in the Caribbean, where even in the tourist hub of Ambergris Caye you can find homes that are affordable by US standards. The jungles, mountains, and coastline are pretty sparsely populated, too, so no crowds and “other people” ruining the scenery for you. The only drawback to Belize is a severe lack of infrastructure. Life here won’t be so straightforward as going from point A to point B, but if you’re cool with roughing it, the rewards can be plentiful.

How to get residency: Residency in Belize is pretty simple: Pay $1,000, spend 50 consecutive weeks in the country, and then apply. Your tourist visa can be renewed every 30 days during this time. If you’re over 45, you can apply for QRP residency provided you make over $2,000 a month. And your pet can come with you with some certificates and $20. 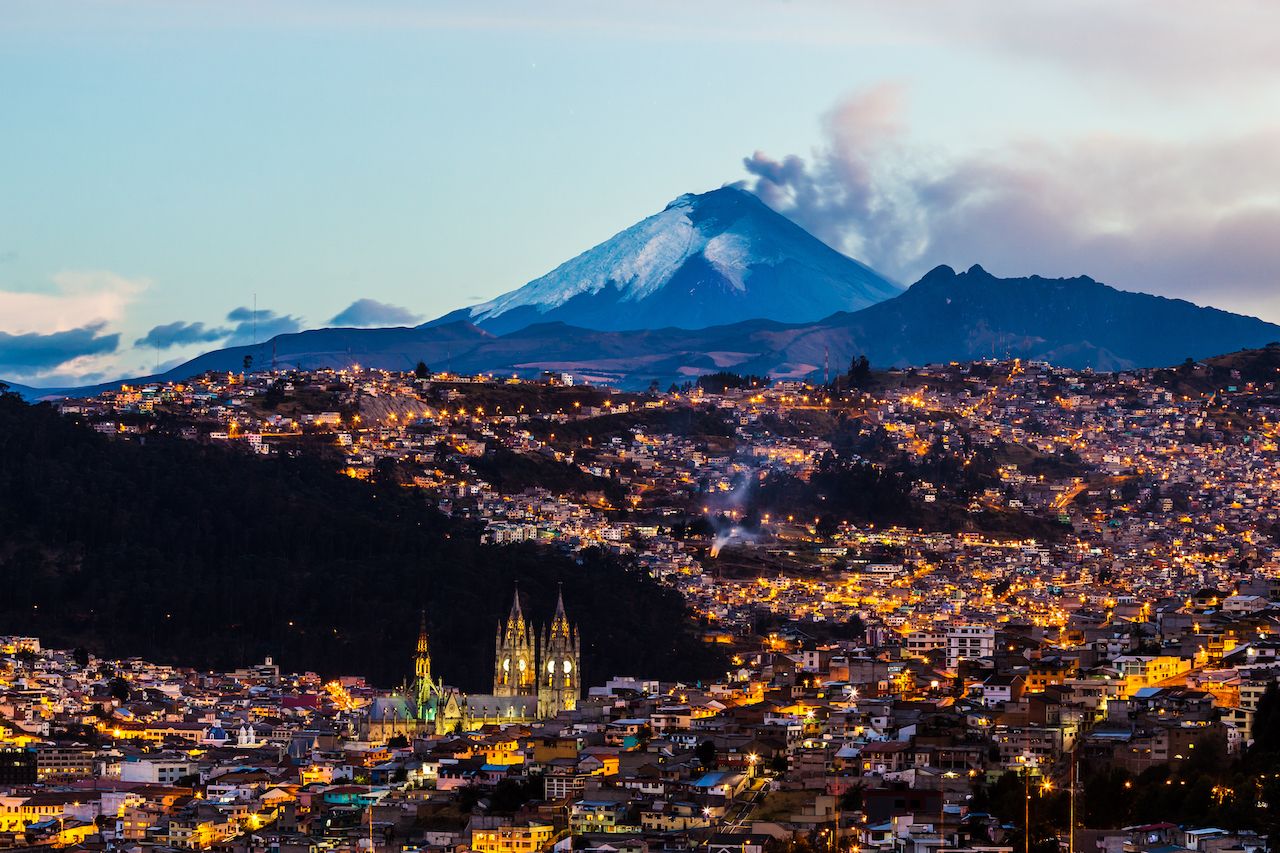 Aside from the Galapagos Islands, Americans, for the most part, have not hopped on the Ecuador bandwagon like they have in other South American countries. This means fewer people ever think to move here, leaving cheap beachfront real estate, highly affordable restaurants, and a more authentic expatriating experience for you to take advantage of. Granted, the slow pace of life and lack of English can be frustrating for some, but if you’re good at adapting to different cultures, Ecuador is a true hidden gem. Quito is becoming a culinary hotbed, reminiscent of Lima a decade ago, and other large cities like Cuenca and Loja have pretty solid infrastructures that make living here a little bit easier.

Ecuador might also have the lowest cost of living of any country in Latin America, and though sometimes buying stuff like appliances and electronics can be crazy expensive, they’ll let you bring your own stuff in without taxes.

How to get residency: Spend half the year in Ecuador and you won’t have to spend much more to get residency. With 180 days in the country, you only need to prove that you make $800 a month to live here (we told you it was cheap) or invest $30,800 in Ecuadorian property. And after two to three years, you can apply for Ecuadorian citizenship.