WE HAVE previously looked at the incredible linguistic diversity of New York City, the inability of many Europeans to hold a conversation in English, and the languages the world is trying to learn, but because we love maps and we love languages, we’ve decided to show you a map of the number of languages spoken in every country.

Although it would be impossible for a country to obtain the index 1 (it would mean that every person in the country speaks a different language), Papua New Guinea is pretty close with an index of 0.99 and 820 different languages spoken.

On the other side of the spectrum, countries such as Brazil, Chile, and Japan are very homogeneous when it comes to languages, with indexes ranging between 0.00 and 0.10.

Have a look at this map and let us know if your country is as linguistically diverse as you thought. 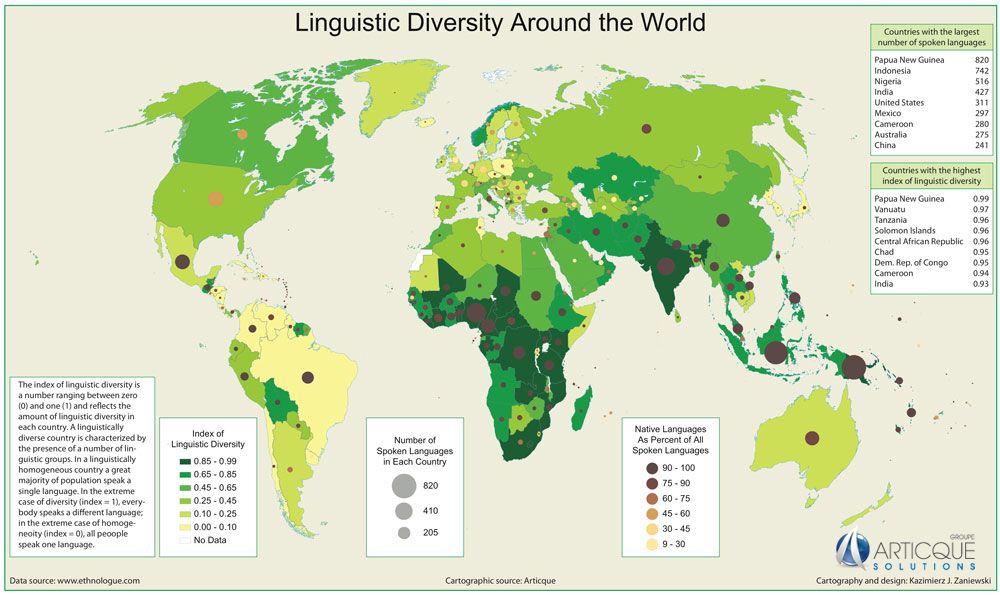 Maps + InfographicsThe world’s most spoken languages in one simple infographic