The words “hunting” and “conservation” are rarely used in concert. But in the case of venomous, voracious, and virulent lionfish, marine conservationists say the hunt is on.

Native to the South Pacific and Indian Oceans, lionfish are an invasive species in the Western Atlantic Ocean, Gulf of Mexico, and Caribbean Sea whose overwhelming proliferation is considered one of the greatest ecological threats the Atlantic has ever seen. How they got there is not entirely clear. One theory pins the escape of six captive lionfish into Florida’s Biscayne Bay on Hurricane Andrew in 1992. A more popular theory blames aquarium owners for releasing lionfish into Floridian waters where they were first spotted as far back as 1985.

Though lionfish have been discovered everywhere from Texas to North Carolina, America’s lionfish problem is particularly pervasive in Florida. One solution the state promotes is to catch and eat them. Beneath all those fanlike spines, lionfish have mild, flaky, buttery flesh that’s been compared to Mahi Mahi, grouper, snapper, and halibut.

Lionfish hunting is not as easy as sport fishing. Because lionfish tend to dwell on reefs, shipwrecks, and other underwater structures at least 60 feet deep, most lionfish hunters use scuba gear and spearfishing equipment to harvest them. On the other hand, because Atlantic lionfish do not live in fear of natural predators, they’re generally easy to approach. Unlike many types of fishing, lionfish hunting is also highly encouraged and lightly regulated. Dive shops throughout Florida host lionfish hunting expeditions, and multiple lionfish festivals and harvesting competitions take place along the Florida coast every year.

The fact that lionfish are so invasive in Florida also means that opportunities to harvest them abound. “If you’re planning a beach vacation, there’s probably an opportunity for you,” says Sarah Peirce, the coordinator for the Florida Fish and Wildlife Conservation’s Lionfish Outreach and Control Program, who encourages anyone who’s interested to try it.

So, if you’re looking for a fun, ecologically beneficial activity to try on your next trip to the Florida coast, here’s everything you need to know about hunting, cleaning, and cooking lionfish.

A beginner’s guide to lionfish hunting in Florida 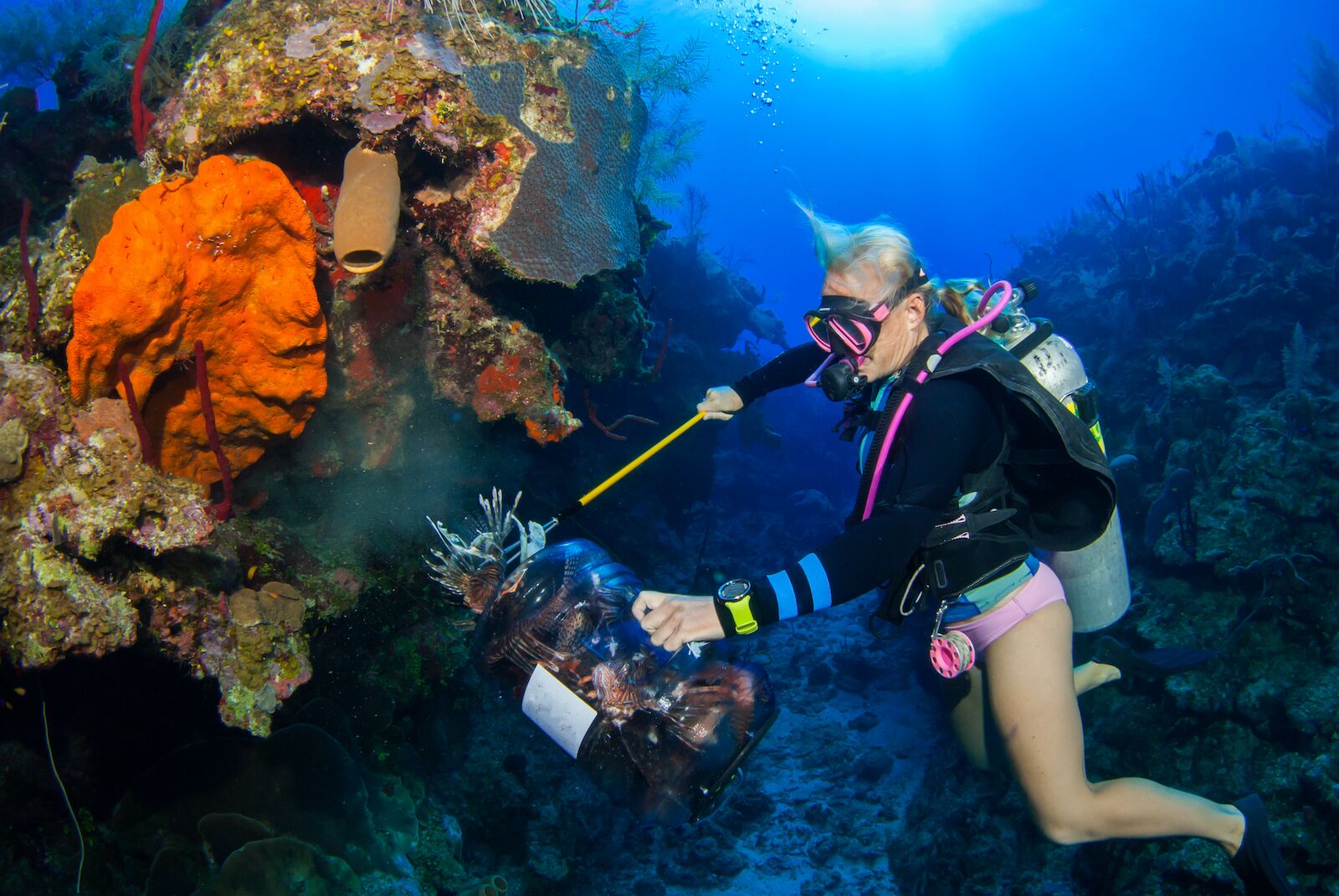 There are surprisingly few rules surrounding lionfish hunting in Florida. You’re allowed to harvest as many lionfish of whatever size as you’re able to catch in both state and federal waters, and you don’t even need a license if you’re using gear that’s specifically designed and advertised for lionfish hunting, such as dip nets, Hawaiian slings, and pole spears. However, spearing is prohibited in parts of Monroe County and other protected areas, such as Everglades National Park, Dry Tortugas National Park, and state parks such as John Pennekamp and Long Key.

Pole spears and Hawaiian slings — which function a little bit like rubber band guns and slingshots, respectively — are two of the most common lionfish hunting tools. It’s possible to lug these tools around while freediving, but in most cases, you’re going to want the aid of scuba gear while lionfish hunting.

“Scuba gear gives divers more bottom time and the ability to access deeper reef sites,” Peirce explains, noting that lionfish have been spotted in waters ranging from one foot to 1,000 feet deep but are commonly found in waters from 60 to 100-plus feet deep. There are no specific regulations surrounding the level of certification divers need to hunt lionfish in Florida, but it’s important to respect the limits of your training and experience, whether you’re an open water diver, advanced open water diver, or have technical or professional certifications.

Because lionfish are venomous, divers should take extra precautions on harvesting trips. Puncture-resistant gloves are key when handling lionfish, and it’s helpful to bring a puncture-resistant containment unit such as a Zookeeper to store the lionfish you catch while diving.

Peirce also recommends keeping heat packs or a thermos of hot water on your dive boat to be applied immediately in the event you get stung. Lionfish stings can be incredibly painful, on rare occasions even known to induce anaphylaxis shock, and “heat is able to denature the neurotoxin contained in lionfish venom.” If you’re not able to remove a lionfish spine from a wound after being stung or experience severe muscle aches or cramps, persistent pain at the sting site, signs of infection including fever or worsening redness or swelling, faintness, or paralysis, abort your dive and visit an urgent care center.

The best places to go lionfish hunting in Florida 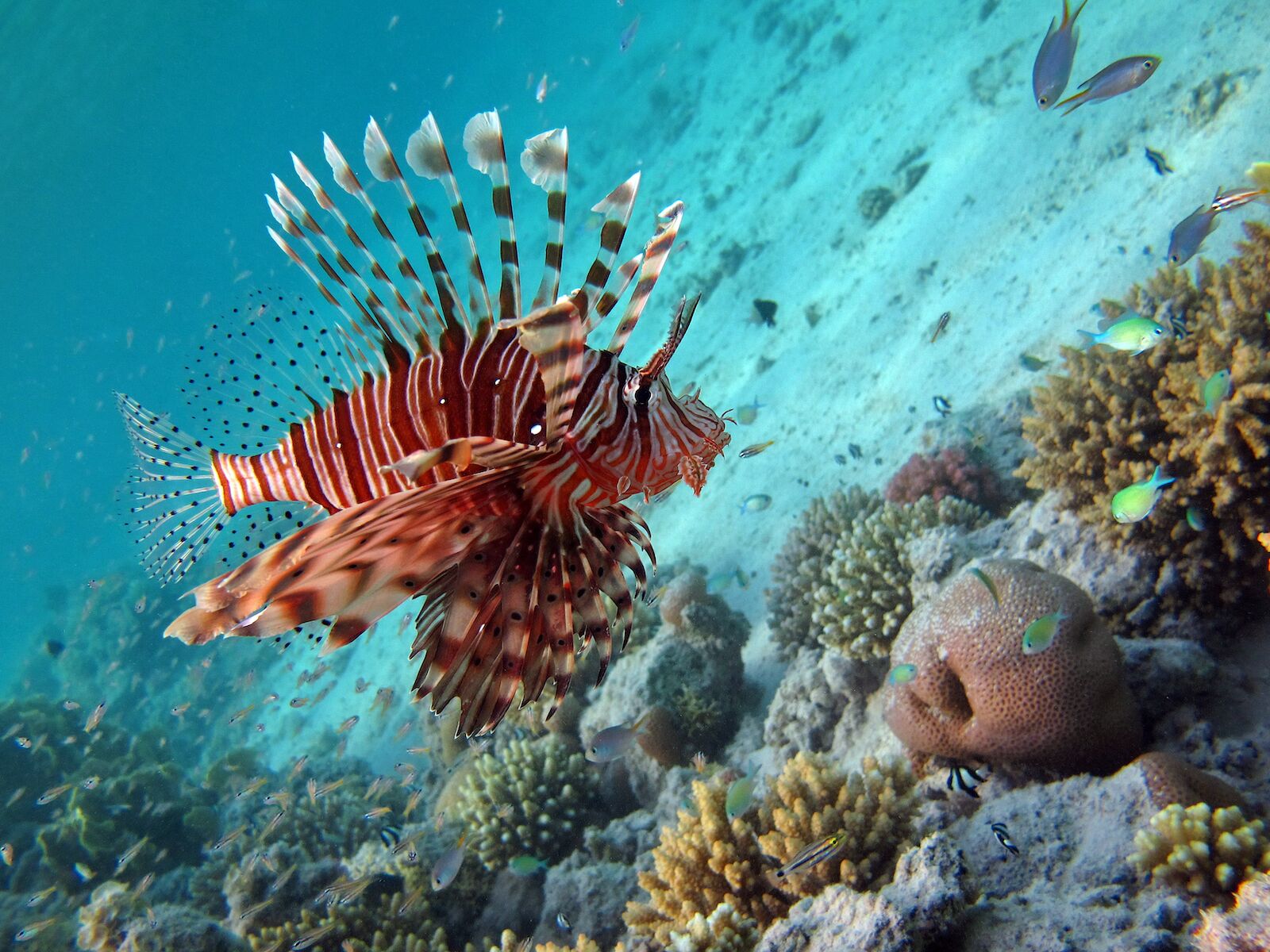 While lionfish can be found throughout Florida’s waters, large-scale harvesting events such as the Emerald Coast Open and Lionfish Removal and Awareness Festival often center on the Florida Panhandle — specifically the city of Destin for those events. One explanation for the high density of lionfish in the Panhandle, which anecdotal reports have revealed to be a hotspot for the species although Peirce notes that no “widescale stock assessment” has been conducted in the state, is the prevalence of “suitable habitat” in the northern Gulf of Mexico.

How deep waters plunge, what the seafloor looks like, and how frequently lionfish are harvested all impact the lionfish population — and harvesting opportunities — in a given area. In the Florida Keys, for example, lionfish tend to be more spread out than they are in the Panhandle. Home to the only living coral barrier reef in the contiguous United States, the Keys cover 125 miles of largely shallow reef where lionfish dwell, which contributes to the fact that they’re harvested year-round. Elsewhere in Florida, where the waters run deeper and artificial reefs are more prevalent, harvest pressure may be less consistent throughout the year.

If you’re traveling to the Florida Keys, open water divers might consider taking the PADI Lionfish Removal Specialist Course at Dive Key West or Lionfish Eradication Course at Islamorada Dive Center. In the Panhandle, operators such as Niuhi Dive Charters, Florida Dive Pros, and Jolly Rogers Dive Charters lead lionfish hunting expeditions out of Pensacola, which is sometimes branded as the “Lionfish Capital of the World.” In southeastern Florida, the town of Jupiter in Palm Beach County has also become a popular spot for lionfish hunting.

For even more opportunities, the Florida Fish and Wildlife Conservation Commission charts the location of every public artificial reef in the state, where lionfish are often found dwelling on high relief structures such as concrete pyramids and modules. More than 3,800 artificial reefs have been set up off Florida’s coast since the 1940s, and their coordinates can be found here.

How to clean and cook your lionfish catches 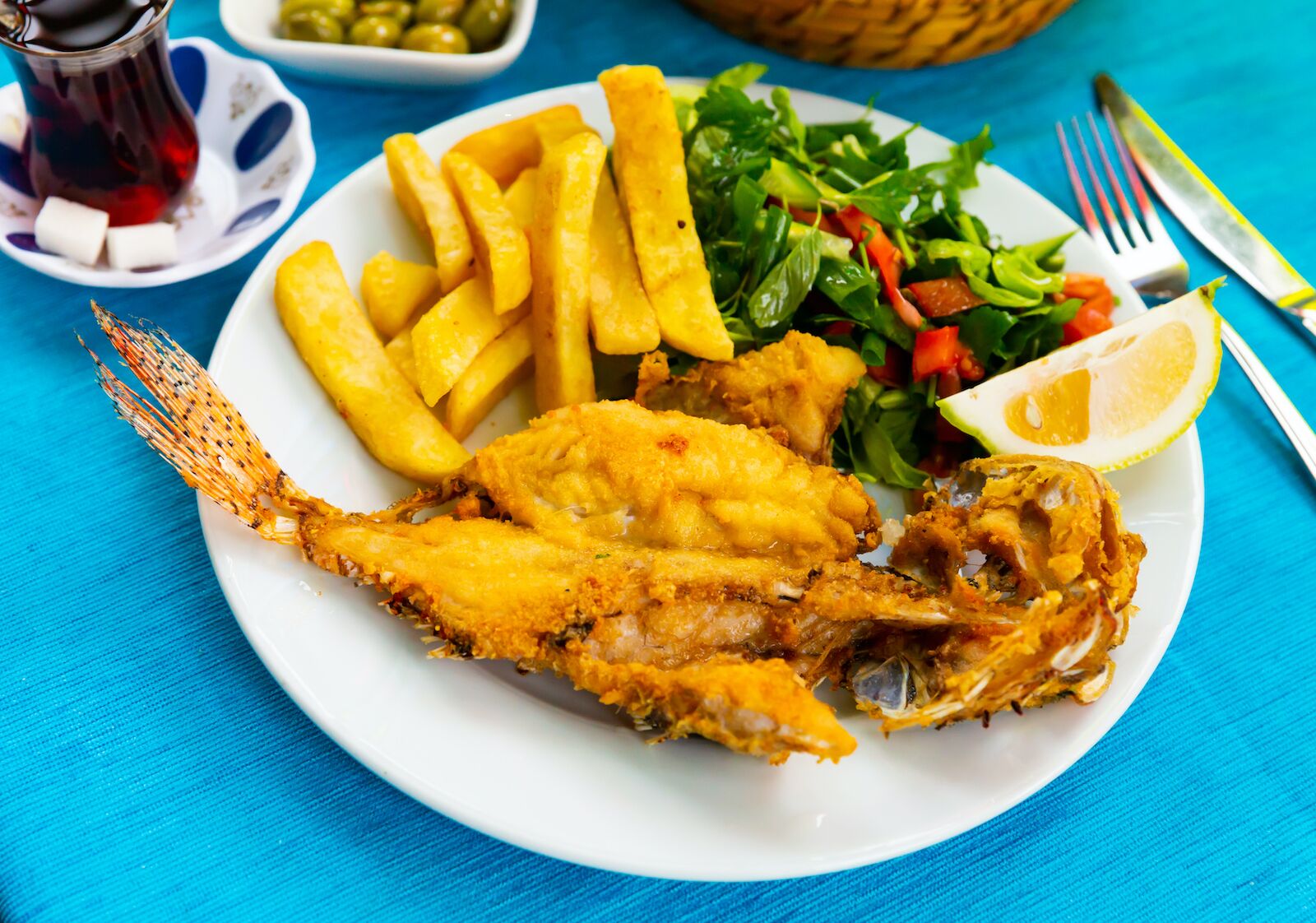 Once you’ve harvested a Zookeeper full of lionfish, the most environmentally responsible way to dispose of your catches is also the most delicious: eat them.

Filleting lionfish is just like filleting any other fish — once you’ve removed the venomous spines. While this is not strictly necessary, lionfish can sting you even after they’re dead, so you’re going to want to de-spine them while you have your puncture-resistant gloves handy.

Another option is to leave the cleaning to the pros. In coastal Florida, it’s not uncommon to see lionfish on restaurant menus. Several restaurants will also cook your catches for you. At Castaway in Marathon in the Florida Keys, a proud partner of the non-profit organization Lionfish Central, both options are available to divers and diners alike.

Even celebrity chefs such as José Andrés have started serving lionfish at their restaurants to do their part to eradicate the invasive species. At his fine-dining restaurant Fish at The Cove at Atlantis on Paradise Island in the Bahamas, lionfish is fried whole; on an episode of Gordon Ramsay’s reality cooking show The F Word, the chef is seen hunting lionfish in Islamorada before whipping up a Caribbean fish curry back at harbor. Other popular lionfish preparations include ceviche, fritters, and tacos.