If you’re a traveler with an obsession over British literature, we’ve got your next trip entirely planed. UK-based site QuickQuid created a map that shows the locations of where 36 of the United Kingdom’s most-celebrated literary masterpieces are based in.

Those who want to undertake such a trip will visit every corner of England, Wales, Scotland, and Northern Ireland as prominent British literature traverses the countryside far and wide from central London, including the very remote Isle of Lewis and the Isle of Skye in Scotland. 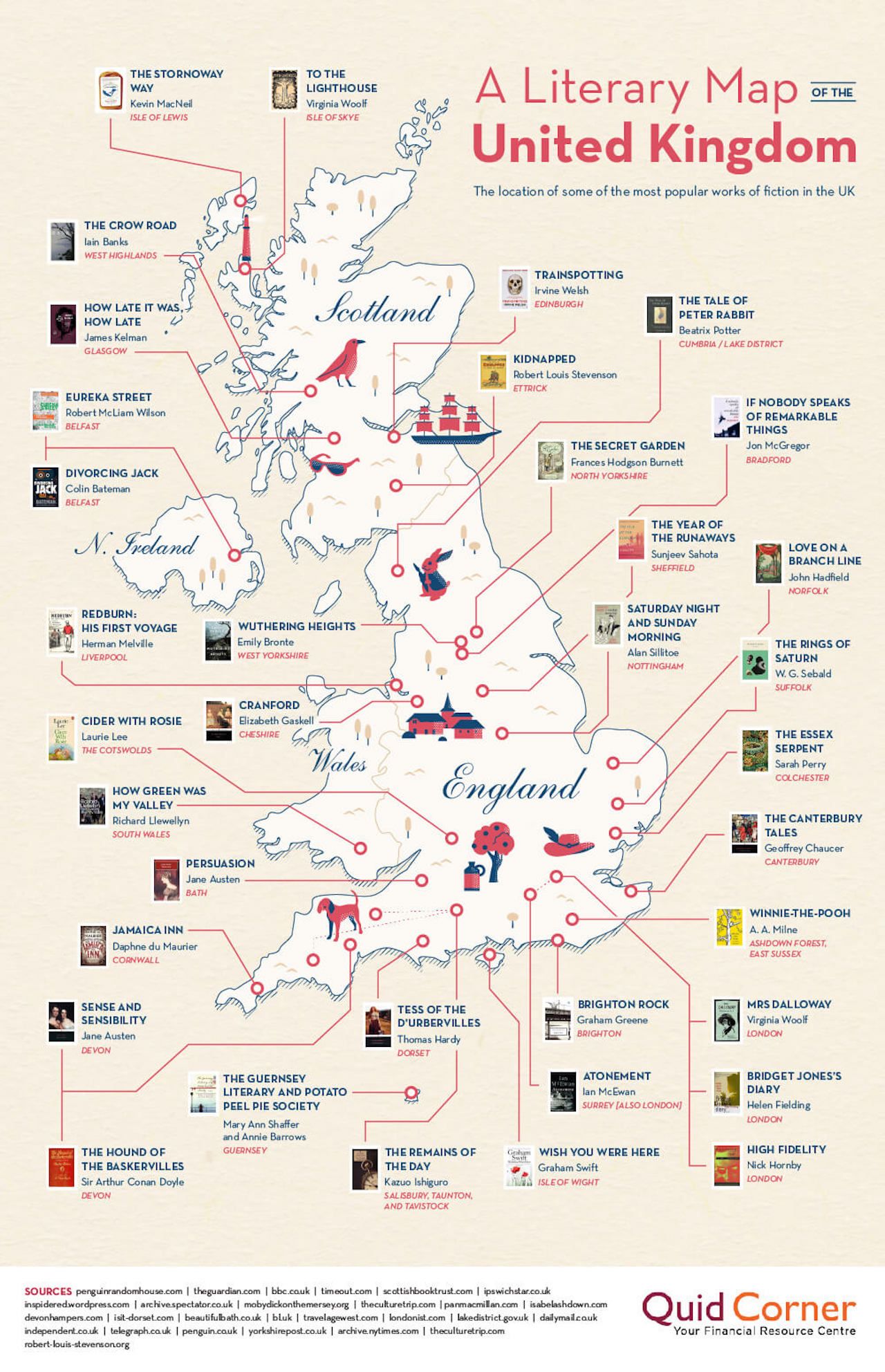 The map puts into vivid detail not only the depth of literary history across the United Kingdom, but also how close together vastly different storylines actually took place. Wuthering Heights is based just across Yorkshire from The Secret Garden, for example, and the stories of cynical hopeless romanticism in Nick Hornby’s High Fidelity were a mere two hours removed from the Hundred Acre Wood where Winnie the Pooh frolicked with Piglet and Eeyore.

Coffee + TeaThe 10 Most Stunning Places To Have High Tea in the UK
Tagged
Books Maps + Infographics United Kingdom
What did you think of this story?
Meh
Good
Awesome