Don’t listen to what travel columnists from supposedly prestigious publications say: Vancouver is not “mind-numbingly boring.” Actually, the city is so far from being dull that there are giant machines constantly crushing old buildings to make way for shiny new apartment towers to accommodate all the people desperately wanting to live here. And all those people are not arriving in droves only because Vancouver is located in the heart of a rainforest and right on the Pacific Ocean, or because it has one of Canada’s mildest climates and a backdrop of majestic mountains. They’re here for the culture, especially the music.

The west coast metropolis has a storied tradition of nurturing and launching artists like Bryan Adams, Tegan and Sara, Black Mountain, Grimes, Michael Bublé, Mac Demarco, and Sarah Mclachlan to name a few. And despite the closure of many iconic establishments that came with the city’s real estate boom, Vancouver’s live music scene remains as vibrant as ever. With plenty of spots where you can raise a pint, pump your fist, and sing, dance, or mosh along to a great band, Vancouverites know how to show up and make it a party. From prohibition-era cellars and converted adult cinemas to art-deco ballrooms and opulent theaters, here are Vancouver’s eight best live music venues.

If you like to keep it classy and experience your favorite music with a touch of Instagram-worthy elegance, then the historic Orpheum is your go-to venue. Step through the entranceway of this 2,700-seat theater, and you’ll be transported right back to the Roaring Twenties.

Set in the heart of downtown, the Orpheum initially opened in 1927 for vaudeville performances. Over the decades, classic acts such as Frank Sinatra, Louis Armstrong, and Betty Grable have graced its stage. The exotic opulence from that era remains — antique decor, a grand lobby with equally grand staircases, and a domed auditorium with a ceiling mural and giant crystal chandelier.

Sip a cocktail to the rich sounds of the Vancouver Symphony Orchestra or selfie your way through the set of an international touring act like Queens of the Stone Age, Angel Olsen, Feist, Beck, or the Weeknd — The Orpheum hosts it all. 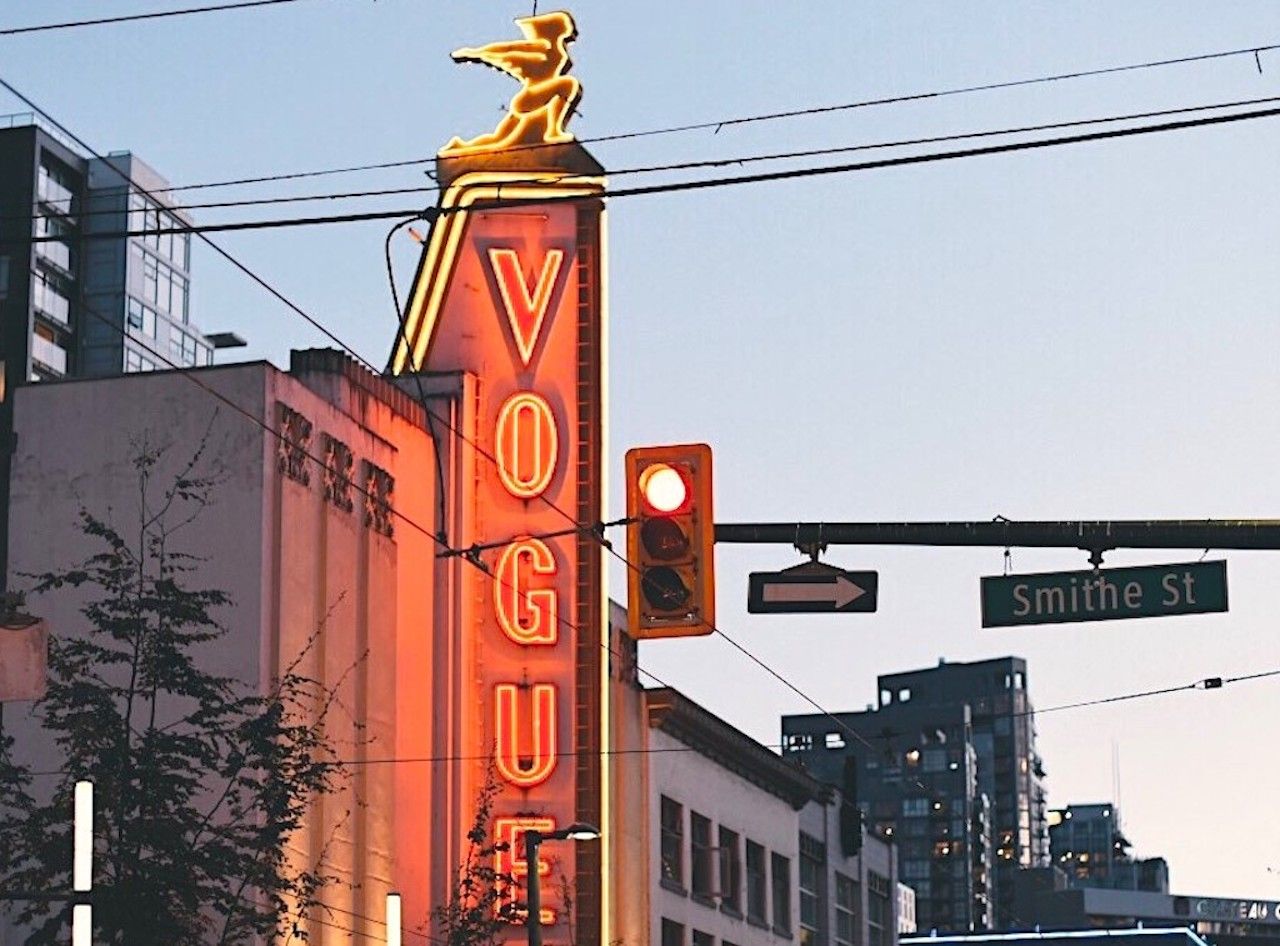 Conveniently located in the Granville Entertainment District in the heart of Vancouver (around the corner from the Orpheum), the Vogue theater has been one of the city’s premier venues since 1941. Follow the Vogue’s bright pink neon sign and you’ll arrive at the Art Deco building, which was designated as a National Historic Site of Canada in 1990.

For decades, the Fox Cabaret was a porn-movie house, but it was gutted and chemically castrated by brave souls wearing Hazmat suits in 2014, then remodeled into the fabulous funhouse it is today. Weekend line-ups are not uncommon as local live bands, DJs, comedians, and burlesque dancers pedal their wares. The crowd is young and happy to be seen drinking and dancing at one of the city’s hipper spots. Karaoke, comedy, and ‘80s, ‘90s, and 2000s club nights jostle for position with local and touring bands like Lightning Dust, Efterklang, Temples, and Mattiel. 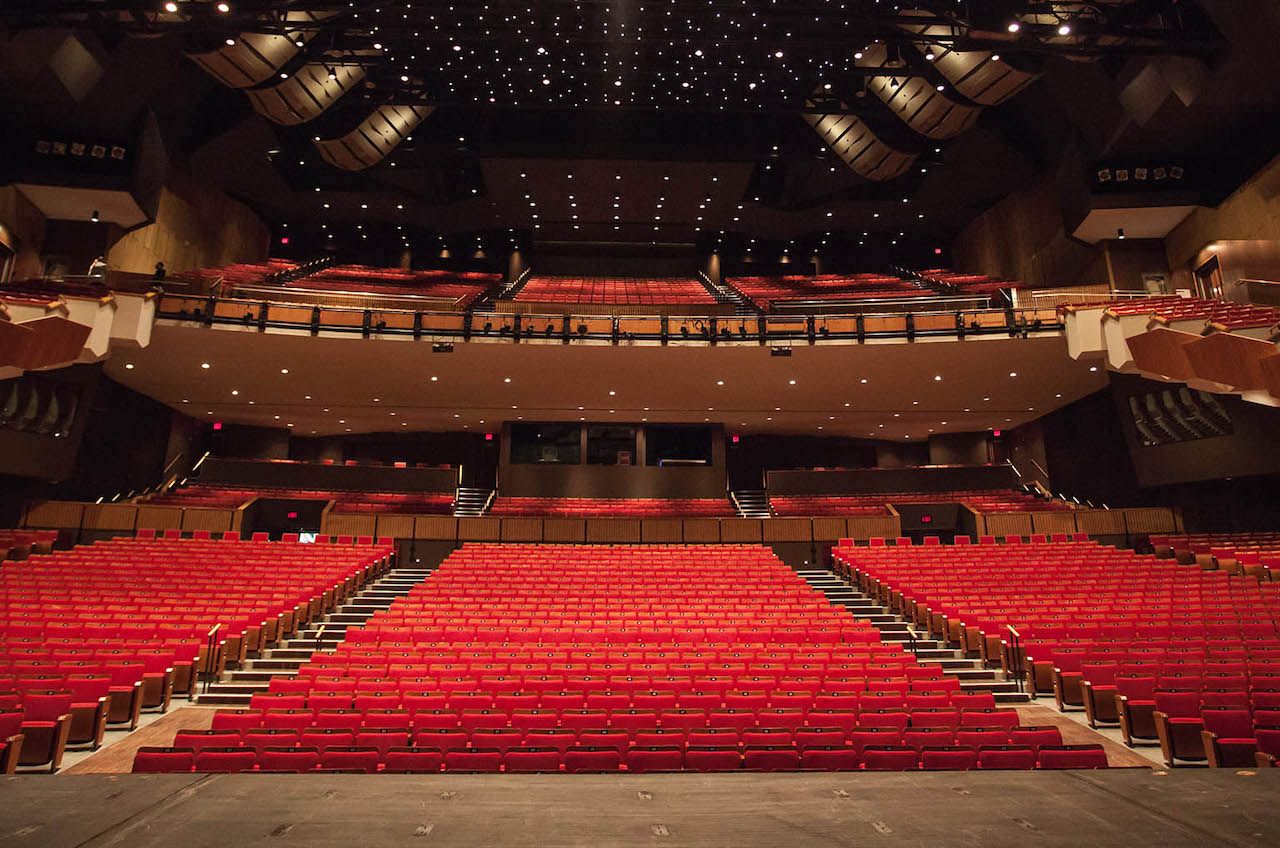 Locally known as ‘The Queen E,’ this mid-century modern venue is the sleek, younger cousin to the Orpheum. Queen Elizabeth II officially opened the ‘soft-seater’ in the summer of 1959. Since this christening, the theatre has been the site of international ballet performances, renditions of Cats, Les Misérables,

Chicago, and The Lion King, and adult contemporary faves like Michael Bublé, Celine Dion, and the Barenaked Ladies.

Those with slightly edgier musical tastes can breathe easy. Artists like Neil Young, Lou Reed, Broken Social Scene, Chelsea Handler, and Wu-Tang Clan have all added some grit to the Queen E’s event calendar over the years. 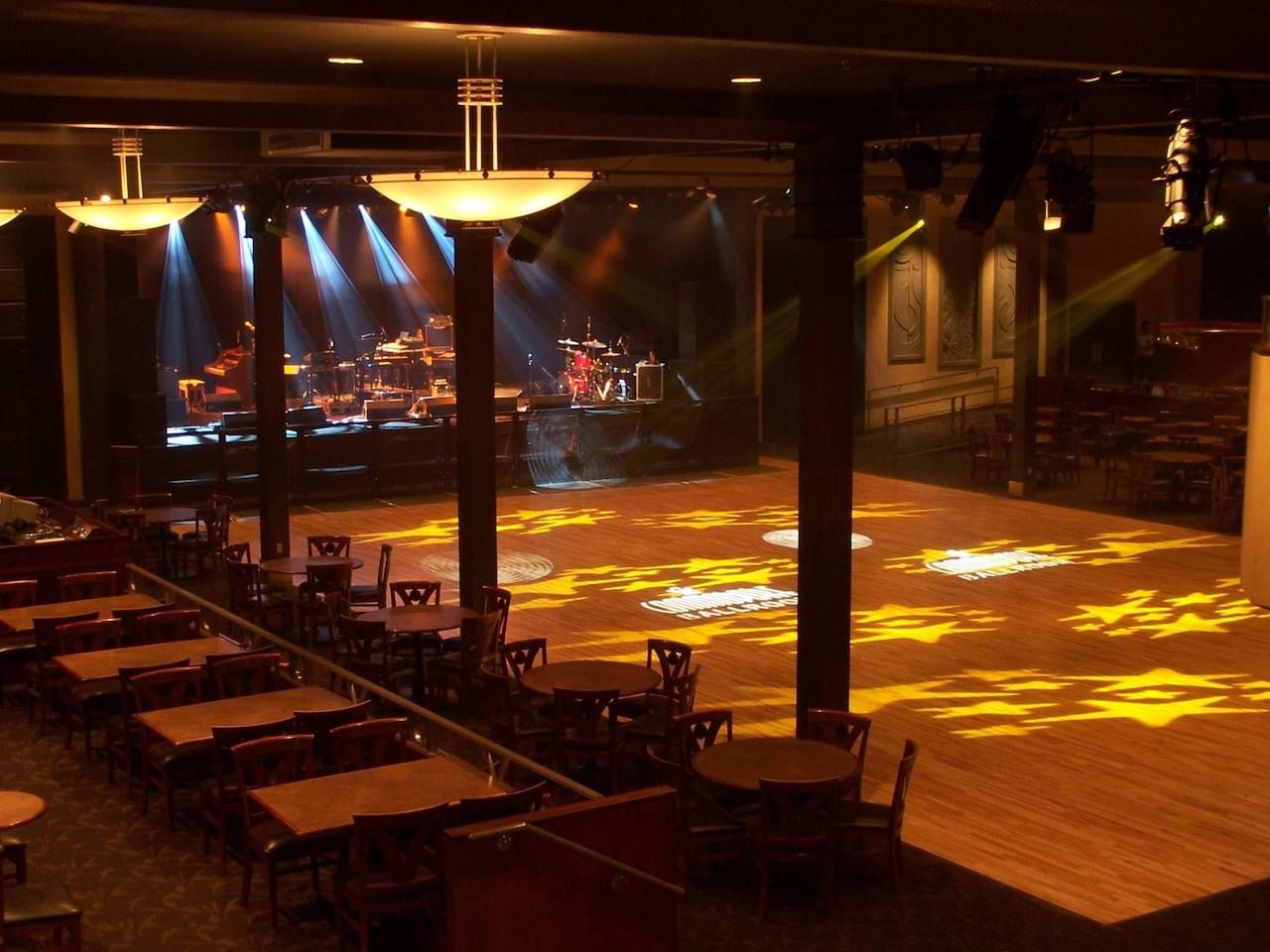 The Commodore Ballroom is a legend on the Vancouver entertainment and nightlife scene. Locals and out-of-towners alike have been dancing, dining, drinking, fundraising, Christmas partying, moshing, and getting thrown out of this venue for over 80 years. You’d be remiss to not do at least one of these things at the Commodore.

An entire who’s who from the worlds of rock and roll, pop, country, jazz, blues, punk, metal, EDM, and hip-hop, have performed here. You name them, at some point in their career they’ve probably sweat, spat, and writhed all over the Commodore stage. The impressive list includes David Bowie, Bob Marley, Slayer, Mac Miller, The Clash, The Police, Kiss, B.B. King, Nirvana, U2, Lady Gaga, Michael Kiwanuka, Willie Nelson, Snoop Dog, and many, many more.

If you want the bragging rights of having seen an artist or band just before they hit stardom, and you’d like seven years of good rock and roll luck (tradition insists you kiss or lick the stage), then the Commodore Ballroom is the place to do it. As part of downtown Vancouver’s Granville Entertainment District, the 1,000-capacity Commodore is less than a block away from both the Vogue and Orpheum theatres. 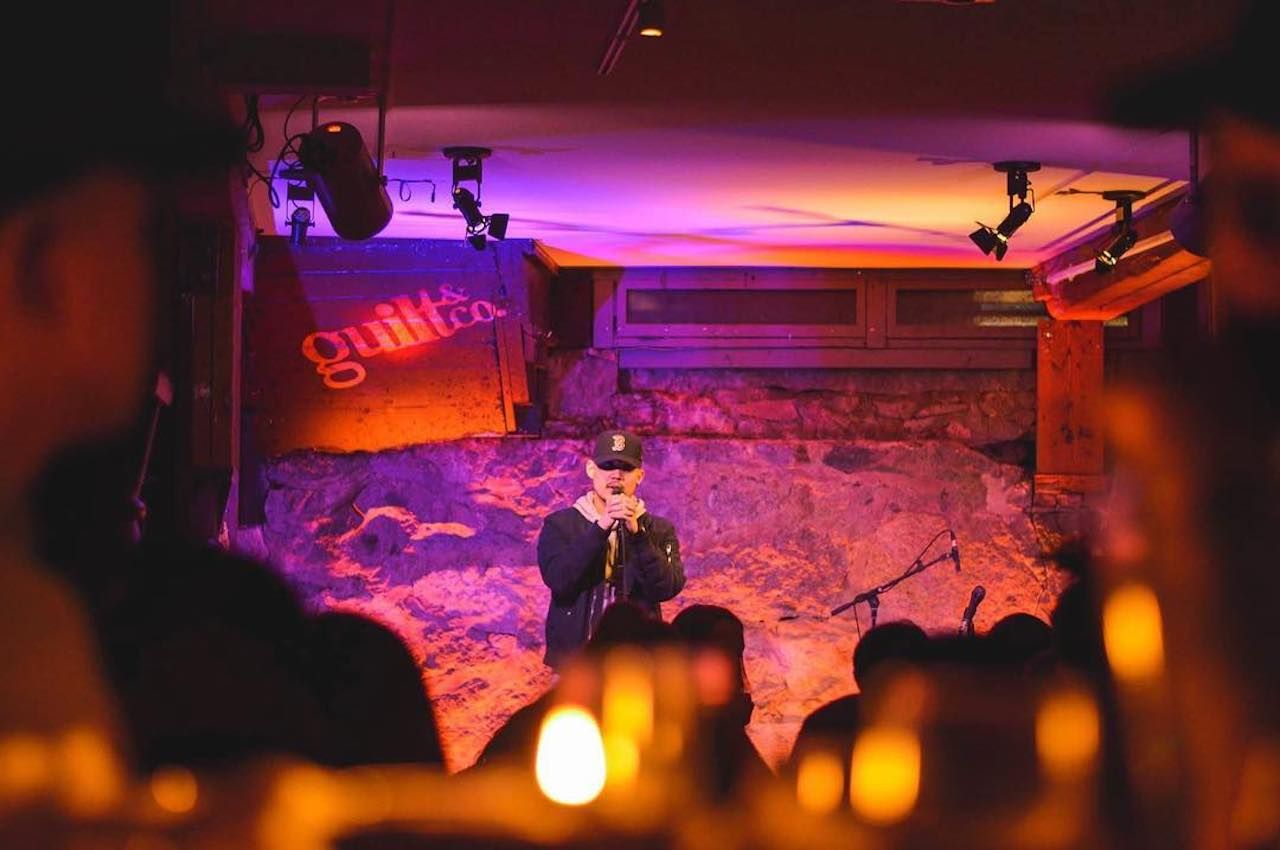 If you like your cocktails expertly crafted, and your bands to have horn sections, head over to Vancouver’s classiest little joint, located in a Prohibition-era cellar in the heart of historic Gastown. Its thick stone walls and speakeasy vibe will regularly have you cackling to improv, or shimmying and swaying to cabaret, jazz and swing nights. Blues, rock, and hip-hop make appearances, too. 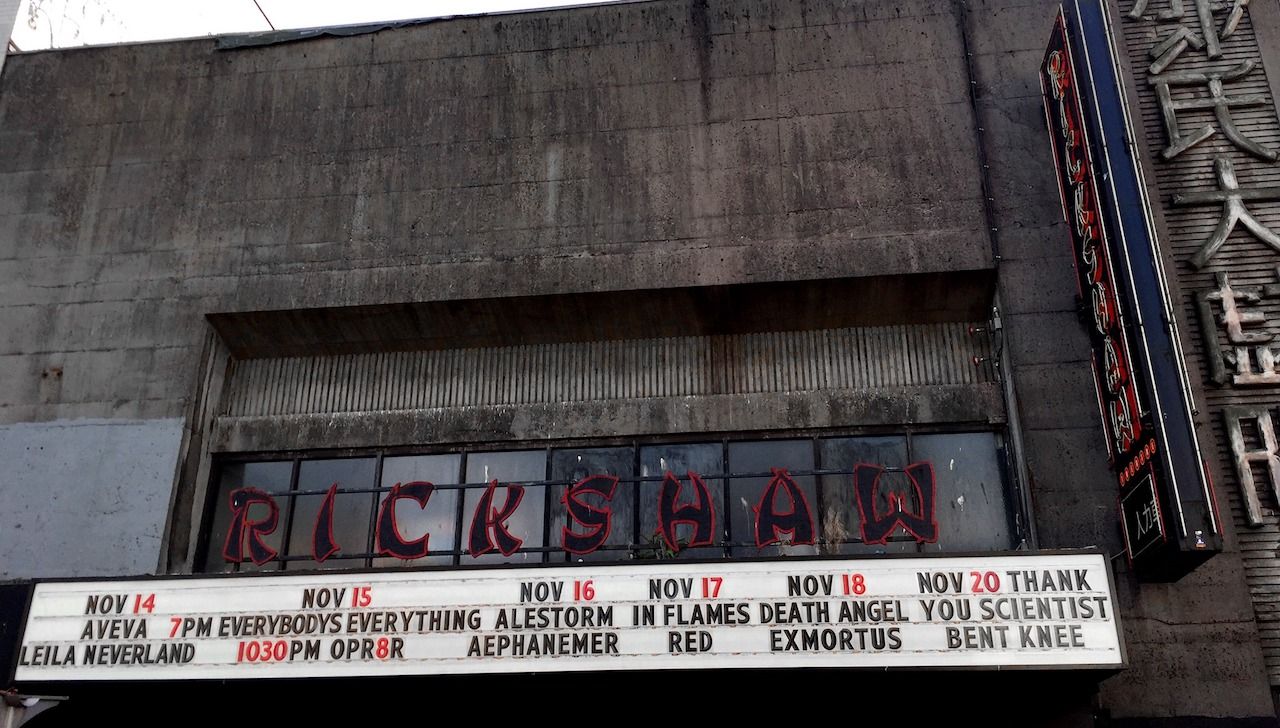 The Rickshaw Theatre, a former Kung-Fu movie theatre built in 1971, is admittedly in one of the rougher parts of town. Approach from the Chinatown side, though, and you’ll bypass much of this. If death metal, or bands like The War on Drugs, Killing Joke, Sharon Van Etten, Future Islands, Uncle Acid and the Deadbeats, High on Fire, Kurt Vile, Ghostface Killah are your jam, then the rugged, bare-bones Rickshaw Theatre will be an unforgettable experience. 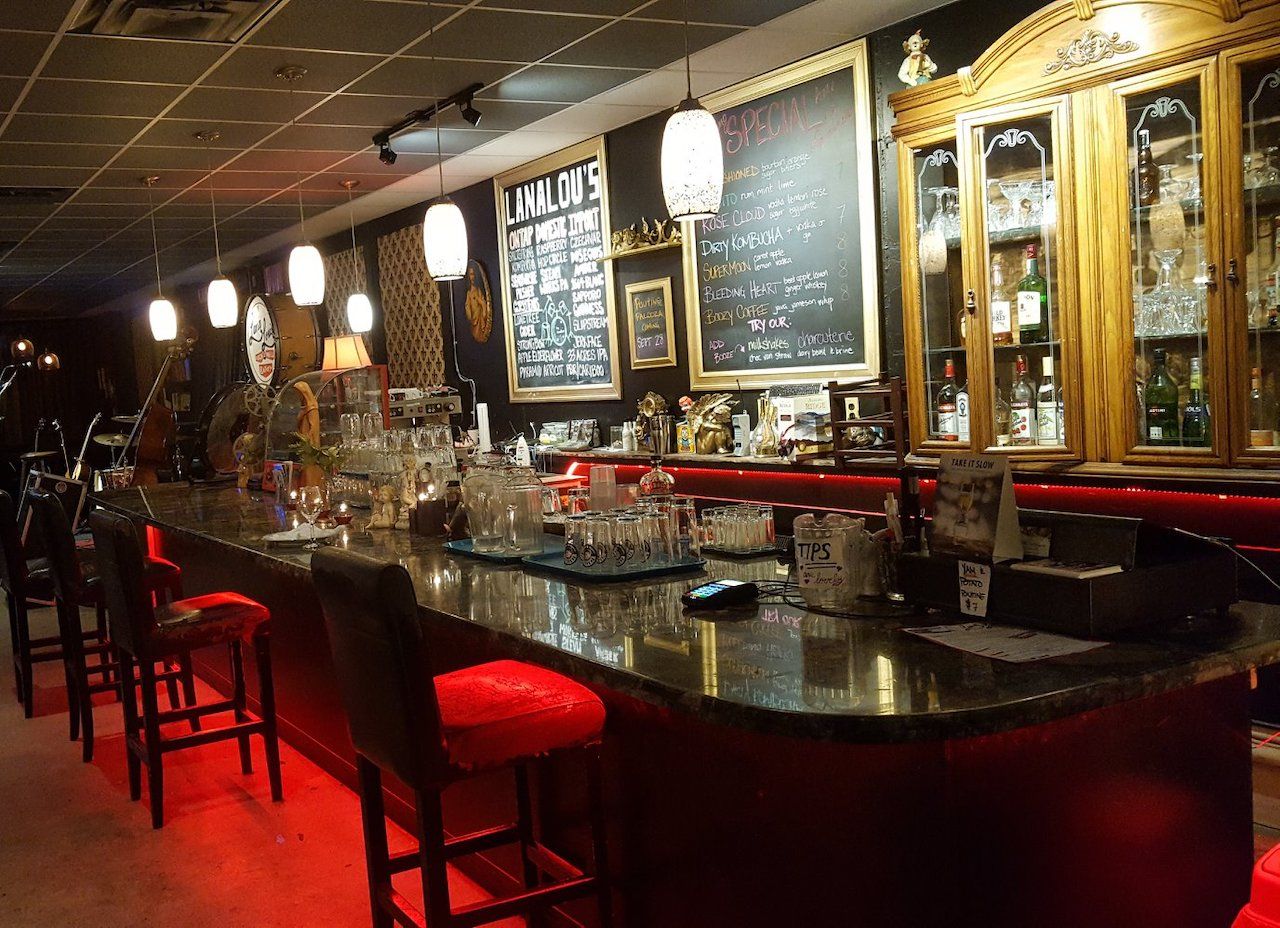 A few blocks away from the Rickshaw, this venue is a cozy, unpretentious eatery that serves up comfort food, comfort booze, and quality local talent, in a quirky atmosphere. Where else in town can you eat a quinoa bowl and drink a craft brew at an event called Killer Shittsmas, while watching a band called Muffdusters? Probably a few places actually. But Lanalou’s is one of the better ones.

10 Reasons Why You Should Visit Vancouver Island