There’s something special about Vancouver International Airport, the gateway to British Columbia’s biggest city. All throughout the hub are striking sculptures and carvings created by First Nations artists, reminders to those bustling in and out of the province that the area’s traditional landowners are integral to British Columbia’s history and culture. In fact, this particular province is one of the most diverse in Canada with around 200 different Indigenous groups and more than 30 languages representing its aboriginal roots. Naturally, this means lots for visitors to see, do, and learn. Matador Network spoke with Paula Amos from Indigenous Tourism BC to determine the best ways to experience First Nations culture in British Columbia.

Of Squamish and Hesquiaht descent, Amos grew up on Vancouver Island where she earned her degree in First Nations Studies and Business Management from Vancouver Island University in hopes of promoting economic development in First Nations communities. She currently works as the Director of Partnerships and Corporate Initiatives at Indigenous Tourism BC, a leading non-profit dedicated to growing First Nations tourism. Here are her picks for the coolest and most beneficial ways to immerse yourself in Indigenous culture.

1. Get acquainted with First Nations culture at Vancouver’s Museum of Anthropology. 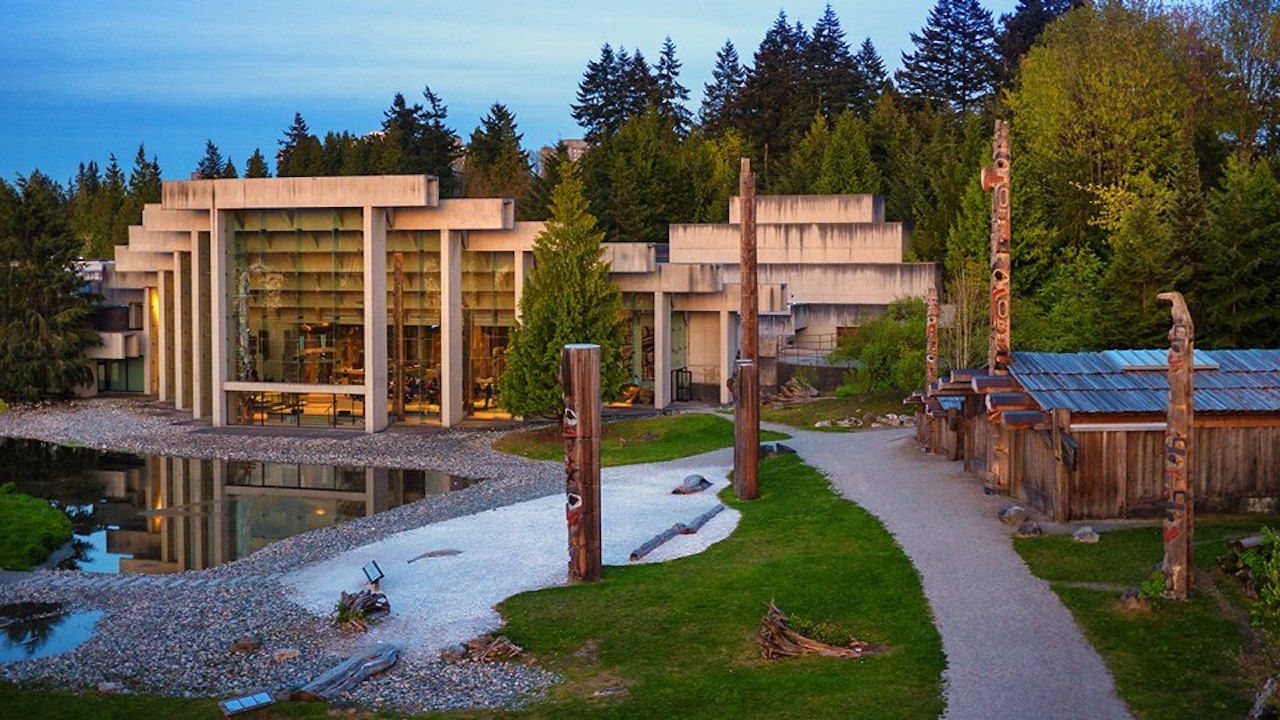 According to Amos, the Museum of Anthropology is a “great way to get a good overview of First Nations people here in British Columbia,” making it the perfect jumping off point for anyone interested in Indigenous tourism. This is hardly surprising given the museum’s extensive collection of First Nations artwork and artifacts; even the building’s design is a nod to First Nations culture as architect Arthur Erickson modeled the site on a Haida village.

On display in the Great Hall are traditional objects like canoes, woven baskets, and textiles along with creative expressions like sculptures, totems, and works by contemporary artists. There’s also a permanent collection here dedicated to Haida artist Bill Reid, aptly called the Bill Reid Rotunda. Fans of Indigenous art visiting downtown Vancouver have another solid option in the Bill Reid Gallery of Northwest Coast Art. If you have time, do both.

2. Venture out into the Great Bear Rainforest in search of a spirit bear. 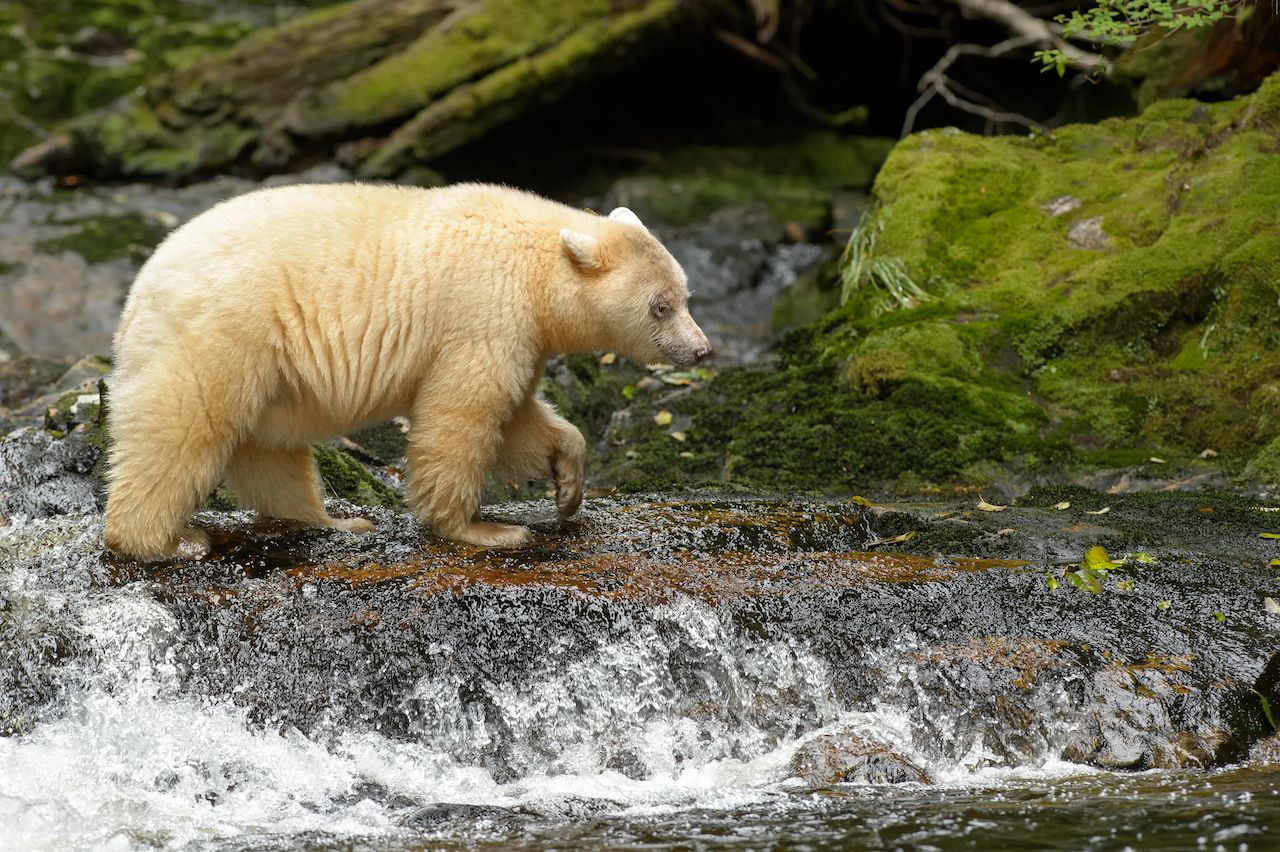 The traditional territory of the Kitasoo/Xai’xais Nation, the Great Bear Rainforest on the east coast of BC is a mighty expanse of temperate rainforest. It’s home to a variety of plants and animals, including cedar and spruce trees, eagles, wolves, and multiple bear species. You might see grizzlies or black bears, but most exciting of all is the Kermode bear, a subspecies of black bear with white fur that’s otherwise known as the spirit bear. Legend has it that one in every 10 or so black bears is born white as a reminder of the glacial landscape that once covered the area to help Indigenous inhabitants better appreciate their fertile land.

Day trips to the Great Bear Rainforest can be arranged, but the spirit bear is rare and often elusive, so your chances of seeing one right away are slim. The best way to better your odds and invest more fully in the experience is to spend a few days at the Spirit Bear Lodge in the heart of the rainforest in Klemtu. The lodge itself is Indigenous-owned and mainly staffed by locals. Outside of spirit bear season between September and October, knowledgeable guides host outdoor excursions like kayaking, whale watching, and grizzly bear sighting. 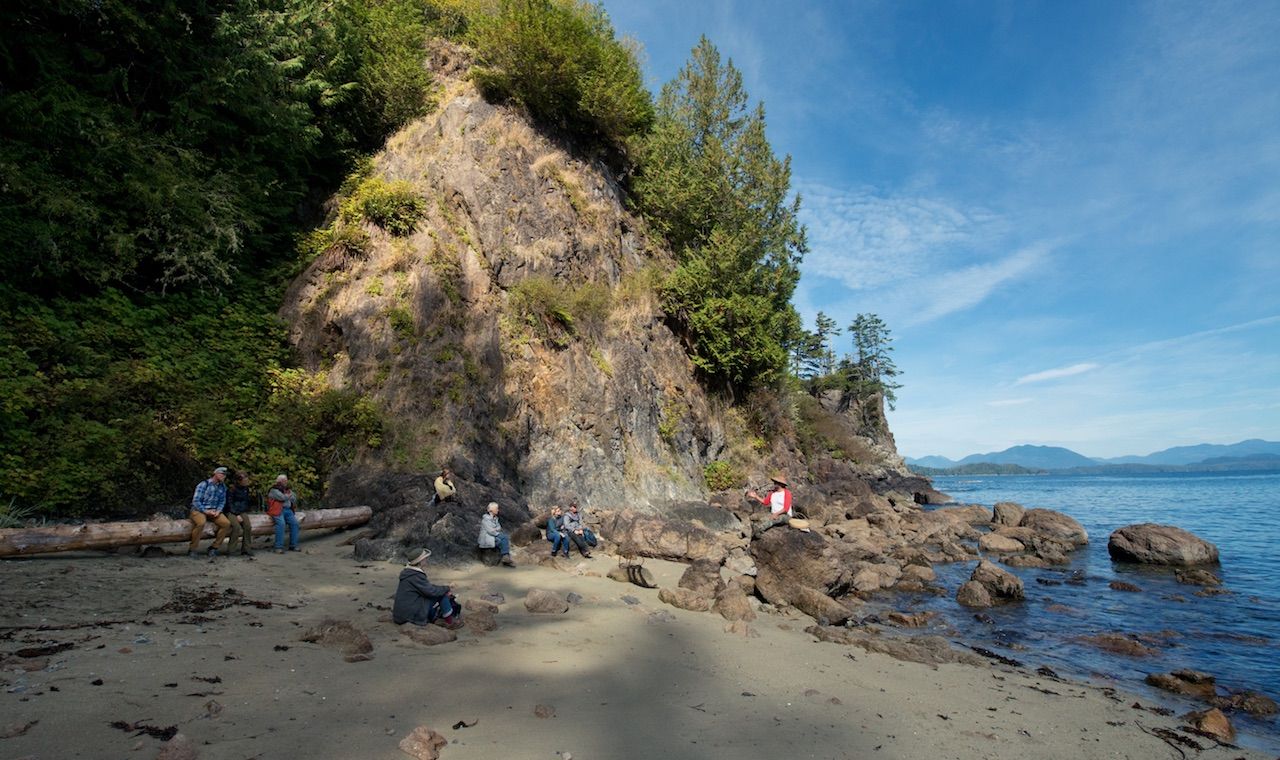 Named a National Historic Site in 1999, Kiixin is a traditional village on the west coast of Vancouver Island that was inhabited by members of the Huu-ay-aht First Nation for millennia. It’s the only known intact village on the southern coast of British Columbia and remarkably has traditional longhouses still standing today. “This is a really amazing opportunity,” says Amos of being able to see a village site with its original house poles.

A moderate, pleasant hike through old-growth forest leads visitors to Kiixin. Once there, tours pass through the main village, historic longhouses, a fortress, and other archaeological sites left behind when the village’s inhabitants relocated in the 19th century. Tours last around three hours, during which guests will learn all about the history and culture of the Huu-ay-aht Nation from expert local guides.

4. Take a walking tour of Stanley Park with Talaysay Tours. 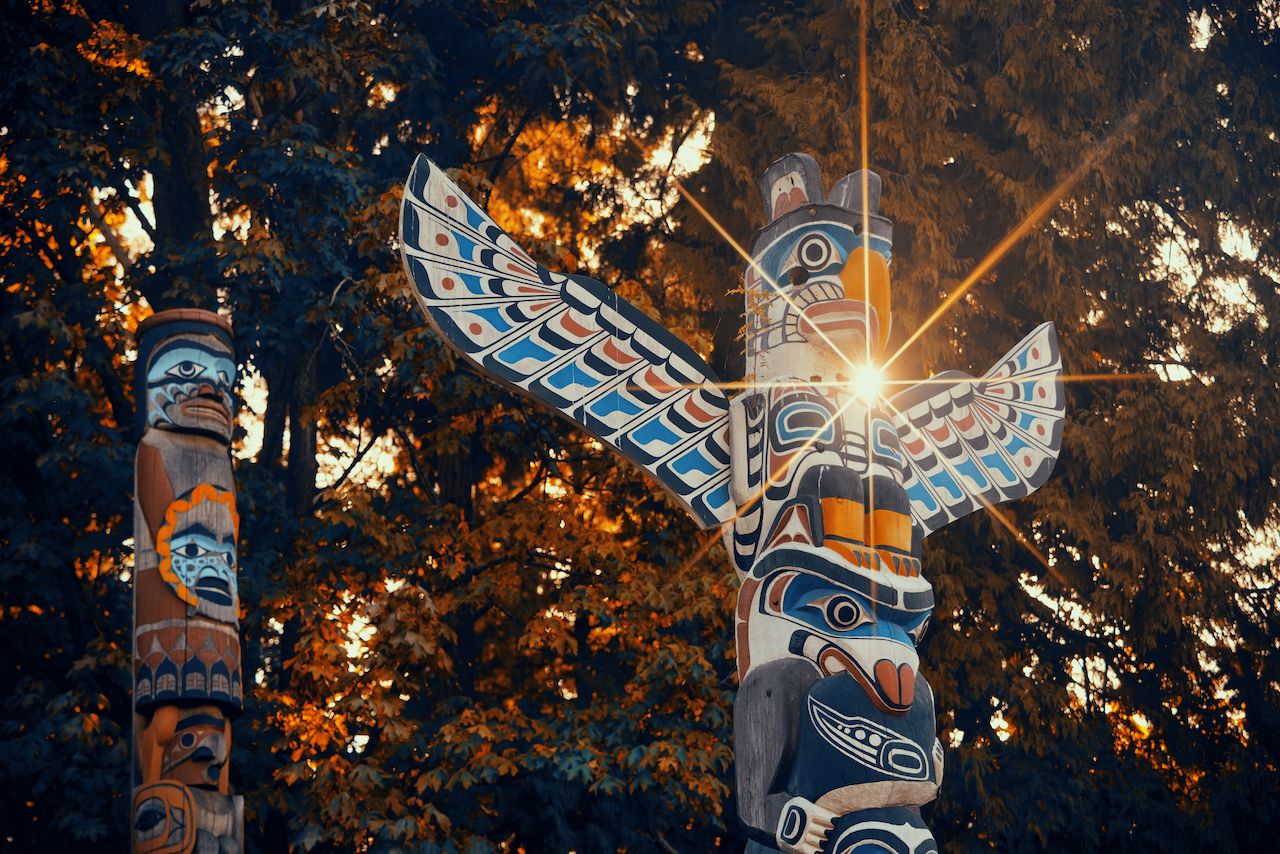 Stanley Park is one of Vancouver’s top attractions. Most visitors end up there anyway, so a guided tour is a great way to double down on your walk in the park with an educational cultural experience. Indigenous-owned Talaysay Tours offers two different Stanley Park excursions: the Talking Trees Tour, a roughly mile-long walk that focuses on the native flora and its longstanding use by First Nations people as food and medicine, and the Spoken Treasures Tour, which takes visitors along the coast and culminates at the Stanley Park Totem Poles.

All tours are led by First Nations guides who are eager to share the history, folklore, and culture of the area’s earliest inhabitants, particularly as they relate to the land itself. Both the Talking Trees and Spoken Treasures outings last about 1.5 hours and cost $30 for adults and $24 for children under 18. Neither is prohibitively challenging for those less athletically inclined although sturdy walking shoes, lots of water, and the right attire for the weather go a long way toward enjoying the excursion. After either tour, grab a bite to eat at Salmon n’ Bannock, an Indigenous-owned restaurant with a delicious, traditionally inspired menu.

5. Weave bracelets from “tree of life” bark at the Squamish Lil’wat Cultural Centre. 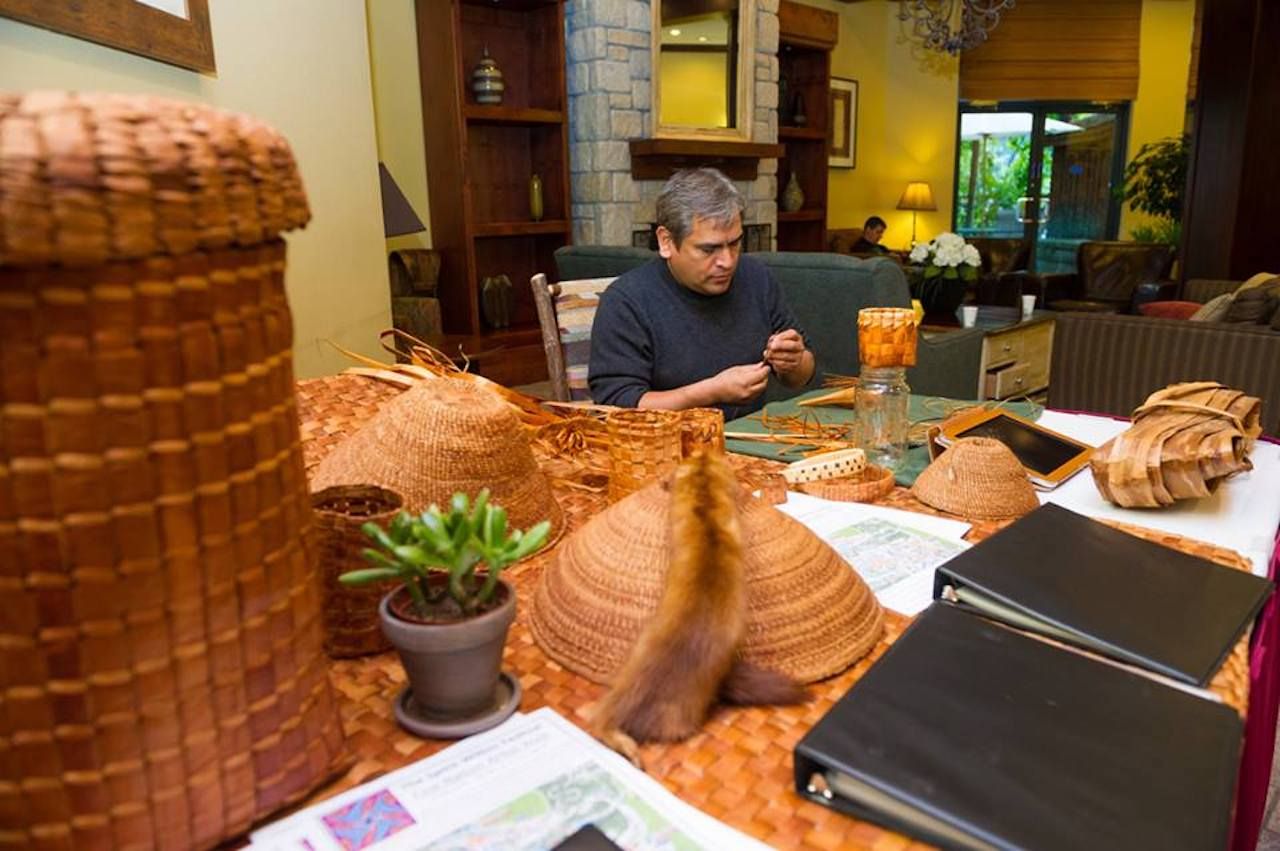 Choosing just one way to experience the Squamish Lil’wat Cultural Centre is difficult. There are exhibits to check out, drum performances to take in, and traditional eats to sample at Thunderbird Cafe. Luckily, anyone who joins one of the hourly tours automatically gets to enjoy a cedar-rope bracelet-making workshop on top of everything else.

The cedar tree was and still is essential to the Squamish Lil’wat and other First Nations on the Pacific Northwest Coast. “That was one of our mainstays in many areas of British Columbia,” Amos explains. “It was used for canoes, homes, clothing, firewood… so it’s known as our tree of life.” During the workshop, visitors will learn about the significance of the cedar tree and the technique used to turn cedar bark into rope, which can then be woven into jewelry, baskets, home furnishings, etc.

Those interested can pony up an extra $5 for a necklace-making workshop, as well, featuring a cedar paddle symbolizing unity and lots of beadwork. Should you be interested in crafting but less so in jewelry, the cultural center organizes workshops for making hand drums, dreamcatchers, buckskin medicine bag, rattles, and more.

6. Canoe through the Indian Arm fjord with Takaya Tours. 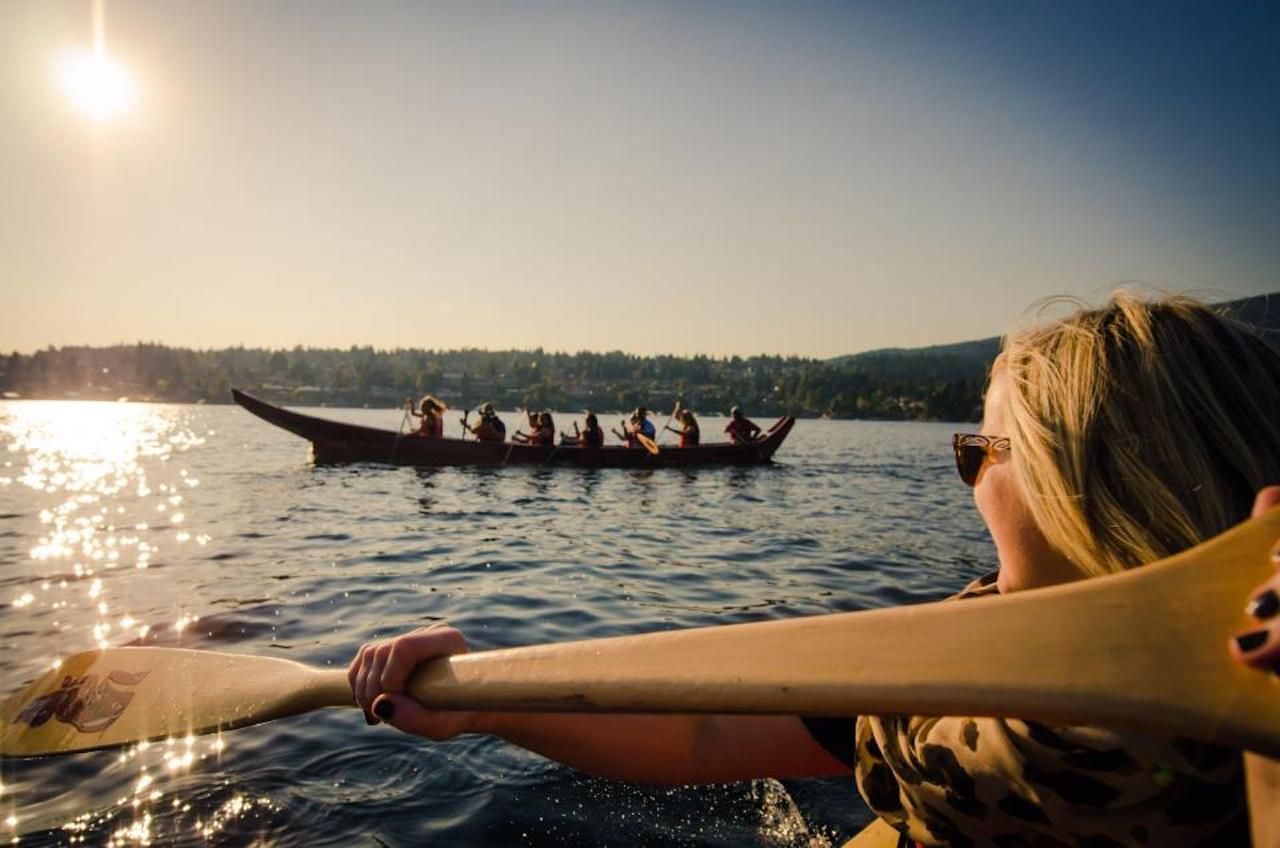 Indigenous tourism is filled with opportunities for immersive outdoor experiences that are particularly appealing for families and kids, Amos notes. Her first suggestion for getting outdoors with the little ones is to go canoeing in a new yet traditional vessel. Takaya Tours is an ecotourism outfit owned by the Tsleil-Waututh Nation that organizes canoe tours, hybrid canoe and walking tours, and even multi-day excursions. Along the way, First Nations guides share facts about the native flora and fauna, point out village sites on the water, get into old folklore, and even sing and beat drums as part of the full experience.

Canoe tours cost $52 per adult and $30 per child for a two-hour trip. Adding a walking component guarantees the same education plus an up-close look at some of the wildlife and cultural sites for just $3.80 more per adult. To really go all out, stay the night in Tsleil-Waututh territory at either the Twin Island or Granite Falls camping area. Both day trips and the overnight option are possible with Takaya Tours between May and October.

7. Do lunch and a tasting at an Indigenous-owned winery in Kelowna. 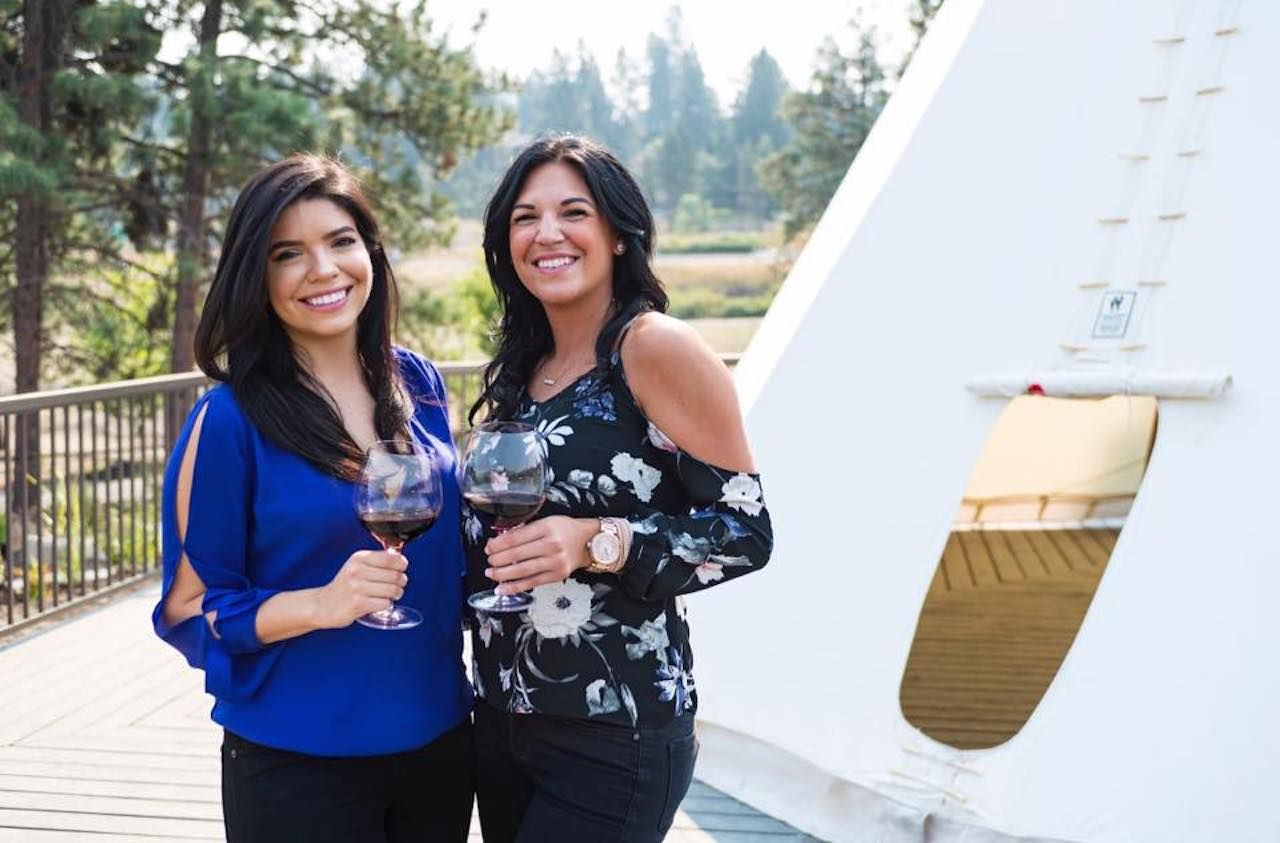 British Columbia’s Okanagan Valley is a celebrated wine region. First Nations winemakers have been involved in the industry for decades, making wine tasting one of the most unexpectedly popular ways to support Indigenous-owned businesses and learn more about First Nations culture. One of the bigger enterprises, Indigenous World Winery, describes its mission as “merging modern culture with Indigenous history” by producing wine that reflects the land on which the Syilx Nation has subsisted and revered for generations.

Tastings are held in a traditional teepee with pairings from the winery’s Red Fox Club restaurant. If you want to top off the afternoon with a proper meal, expect an Indigenous-inspired menu serving up dishes like elk with wild rice, seasonal salads with locally sourced or foraged ingredients, and, of course, bannock, or traditional fry bread.