You’ve touched down in Kiev and are ready to dive into the rich tapestry of Ukrainian culture. One of the most important cultural aspects of Ukraine is its music, and nothing represents this more than the country’s traditional folk music. Live music takes place all over town — it’s a rare day that you’ll walk more than a few blocks without hearing any. Keep your ears cocked for the sounds of old, because no trip to Kiev is complete without experiencing the traditional folk songs that tell the history of the Ukrainian people. Fortunately, you’ll know it when you see it — while modern Ukrainian takes can be performed in smaller spaces, traditional folk performances feature dancers and require quite a bit of room.

What exactly is Ukrainian folk music? 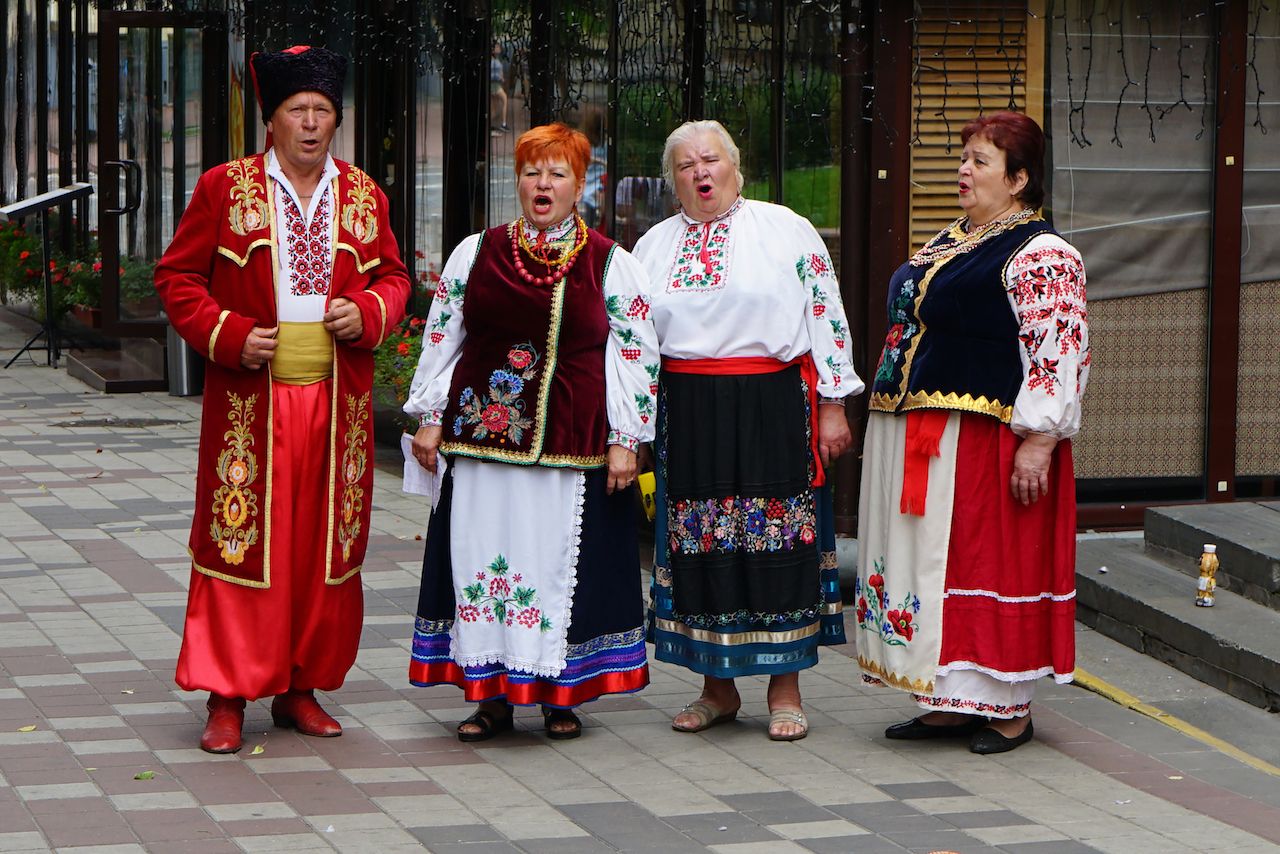 Think of the flag-waving songs you learned in grade school — “My Country Tis of Thee,” for example, or “This Land Is Your Land,” with a dash of Neil Diamond’s “They’re Coming To America.” Stylistically, these songs are far different from Ukrainian Folk Music, but the feelings they incur are similar. Above all, folk music in Ukraine is an expression of the country’s culture and history and a firm tribute to the love of country. Performers are often lost in the throes of patriotic passion, not necessarily to the government but to the land, the people, and the history that make them who they are. There’s often a strong resemblance to Christmas music, not the poppy radio variety but the kind that harks back to early Sunday mornings in the pews of traditional worship.

For those knowledgeable on music structure, Ukrainian folk music differs from other European styles of music in part because of the persistent use of minor keys and complex time signatures. This isn’t your standard 4/4 pop music. There’s three-string cello, multiple types of flutes and organs, and other stringed instruments in addition to percussion and, depending on the situation, other players involved for both rhythm and lead. There’s singing, instrumental performances, dancing, and even a bit of theatrical flare. It’s all about the live performance and audience interaction, much more than it is about watching musicians on stage. Listening to folk music in Ukraine without seeing it performed by professional musicians, or at least a pro singer, is like listening to baseball on the radio — you’re completely missing the subtle intricacies that make it beautiful in the first place.

So, where to see Ukrainian folk music at its finest? 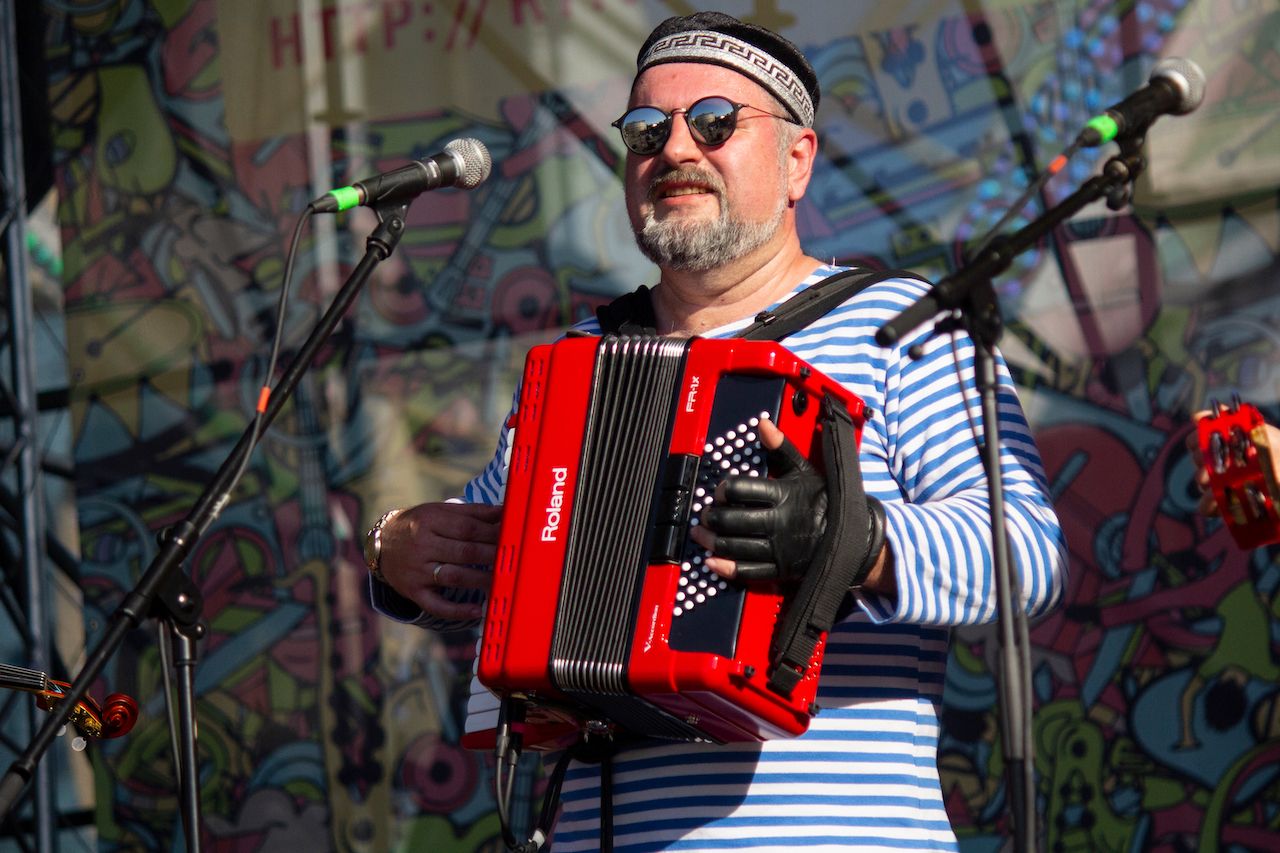 Some performances are large-scale orchestra events, but you can also get a good feel for traditional Ukrainian music by hanging out in the right pub. Many modern pop performers use elements of the country’s traditional folk music in their songs and, in particular, in their singing. So no matter where you happen to find music, you’ll be able to pull the traditional elements out of it. A national show calendar has been compiled to list large-scale performances across many genres, but for smaller acts, search by club to see what’s on.

The National Academic Orchestra of Folk Instruments is a long-running collection of pro folk musicians that has been performing under this banner since 1969. To the uninitiated, their performances are, at their core, the history of Ukrainian music stuffed into one room — there’s pipers, drymba players, bandura players, and others performing traditional folk tunes with roots that across stretch the whole of the country. Check the website for current concert listings. If you’re looking for the ultimate date night in Kiev, one that entirely shuns any notion of Western influence, this is it.

Each July, the Kraina Mriy Annual Ethnic Festival takes place in Kiev and features multiple traditional performances of Ukrainian folk music and dance. The event happens over multiple days and brings in well-known performers from across the country. You’ll also find Ukrainian food, other types of live performances, and souvenirs to document your experience.

The Kyiv Chamber Choir is among the most internationally known of traditional Ukrainian music groups. They tour throughout the world, including the United States, but if you have the chance to catch them in their hometown, you’re in for a treat.

Venues for folk music and dancing 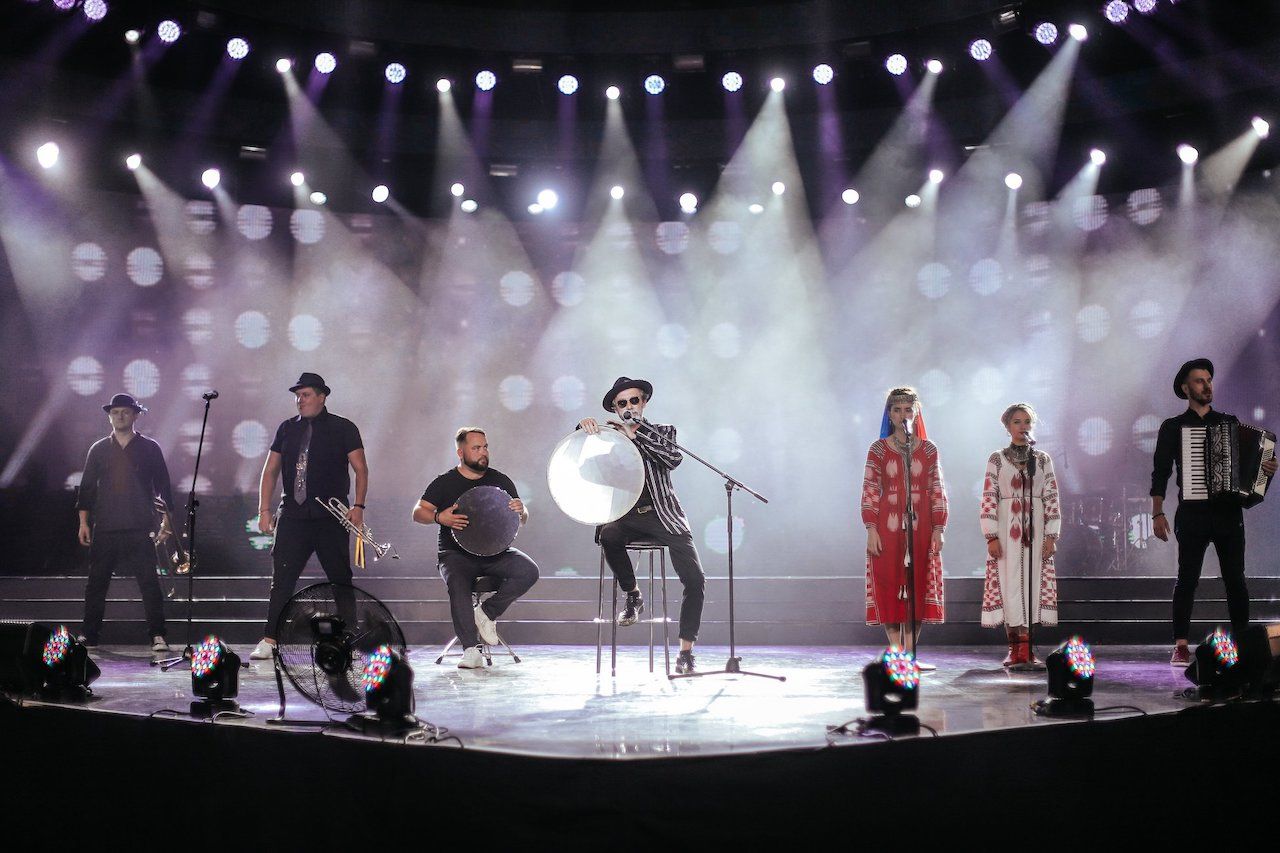 The Art and Culture Center NAU puts on a variety of live performances, including a consistent run of traditional folk performances. Here you’ll see Ukrainian folk done the right way without the big to-do that comes with attending a festival or orchestra hall. The performance space is theater-style, with ample seating and a nice big stage complete with professional lighting and sound.

Don’t be confused by the name of the venue, the Kiev Palace of Sports hosts a steady calendar of big-name Ukrainian singers and performers (though you can also catch a rowdy hockey game here if you’re so inclined). Should you miss the familiar four-chord tunes of Western music, names like Lenny Kravitz also pass through from time to time.

Even before the music starts, Docker Pub is among the top drinking establishments to hit on a trip to Kiev. The nightly musical performances are the sugar-coated night capper. Were you to walk by with noise-canceling headphones on, you could be forgiven for thinking you’d stepped into Dublin. Music in the corner, revelers hoisting pints, and a general mood of slightly debauched celebration emanates from the establishment nearly every single night. You might see traditional music, you might find modern rock, or perhaps a cover band — no matter what, you’ll dance the night away with fervor.

Art + ArchitectureKiev Is Home To the Coolest Architecture in Ukraine. Here’s How To See It.
Tagged
Music + Nightlife Insider Guides Kyiv, Ukraine
What did you think of this story?
Meh
Good
Awesome