A trip to London is inevitably going to involve hours of sightseeing. Whether you’re exploring the city’s many museums, taking a tour of iconic buildings like Westminster Abbey, enjoying the views on a boat ride down the River Thames, or taking in the fresh air at Hyde Park, there is so much to see and do in London. That’s why any potential London vacationers should plan where they intend to fuel up with a hearty meal, a pint, or a cup of tea during their stay. All that walking is going to require satisfying meals of roasted meats and vegetables, soul-comforting curries, and fresh, salty seafood. Trust us, there’s so much more to eat here besides fish and chips. Luckily, London’s essential food and drink are made to perfection at restaurants in every part of the city. Here are the seven restaurants in London everyone needs to try at least once.

The signature cooking method at this Thai-inspired restaurant is wood burning grills and ovens. The menu draws flavors from not just Thailand, but Laos, Myanmar and Yunnan, as well. Located in the trendy Soho neighborhood, Kiln uses Thai and Chinese herbs and vegetables, but the pigs are British – they’re bred in Somerset, specifically. The restaurant showcases seafood (delivered fresh daily) in particular, from clams to mussels to monkfish, as well as clay pot cooking.

Dishoom is a love letter to Bombay – and considered one of the best restaurants not just in London, but in the world. Surprisingly affordable, there is always a line of people out of the door waiting for a table at the Covent Garden location. Firecracker ingredients ginger, garlic and red chili add serious flavor to some of the restaurants’ classic dishes, including tandooris and daal curry. Breakfast at Dishoom is lauded too – be sure to try naan wrapped breakfast sandwiches.

The London outpost of this beloved Paris restaurant excels at both food and interior design. The seats are link velvet, the lighting is warm and inviting, the bar is outfitted in minimalist neutral colors, accented by green plants. So it looks effortlessly chic inside Frenchie, but what about the food? By all accounts it’s sublime. Chicken stuffed with creamy foie gras, ribbons of pappardelle topped with lamb, and black truffle dusted tortellini are all among the beloved dishes here.

Kricket has a Bib Gourmand designation from the Michelin guide, meaning the good quality food  comes at a good value. You won’t have to splurge to have a good time here: The lively atmosphere and open kitchen feel modern and comfortable, while the food is consistently tasty: The Keralan fried chicken and pakoras are among the most praised dishes.

Another restaurant with a Bib Gourmand designation, Brawn serves Mediterranean small plates in a stylish space. Brawn calls itself a “neighborhood” restaurant first and foremost, and that friendly attitude manifests itself in a relaxed, welcoming atmosphere in the dining room. The menu changes all the time, based on the season and what produce is available, but the anchovies drenched in rosemary oil, grilled scallops, and classic pork chop are all worth trying,

Located in Notting Hill, The Ledbury features an eight course tasting menu with ingredients like crab, lobster, and veal. THe sophisticated dining room reflects the same upscale elegance of the menu, with its polished wooden floors and cream and navy blue decor. With two Michelin stars, The Ledbury has established itself as a star in the London culinary scene. Be prepared to pay top dollar for a near-perfect meal.

Where to stay in London 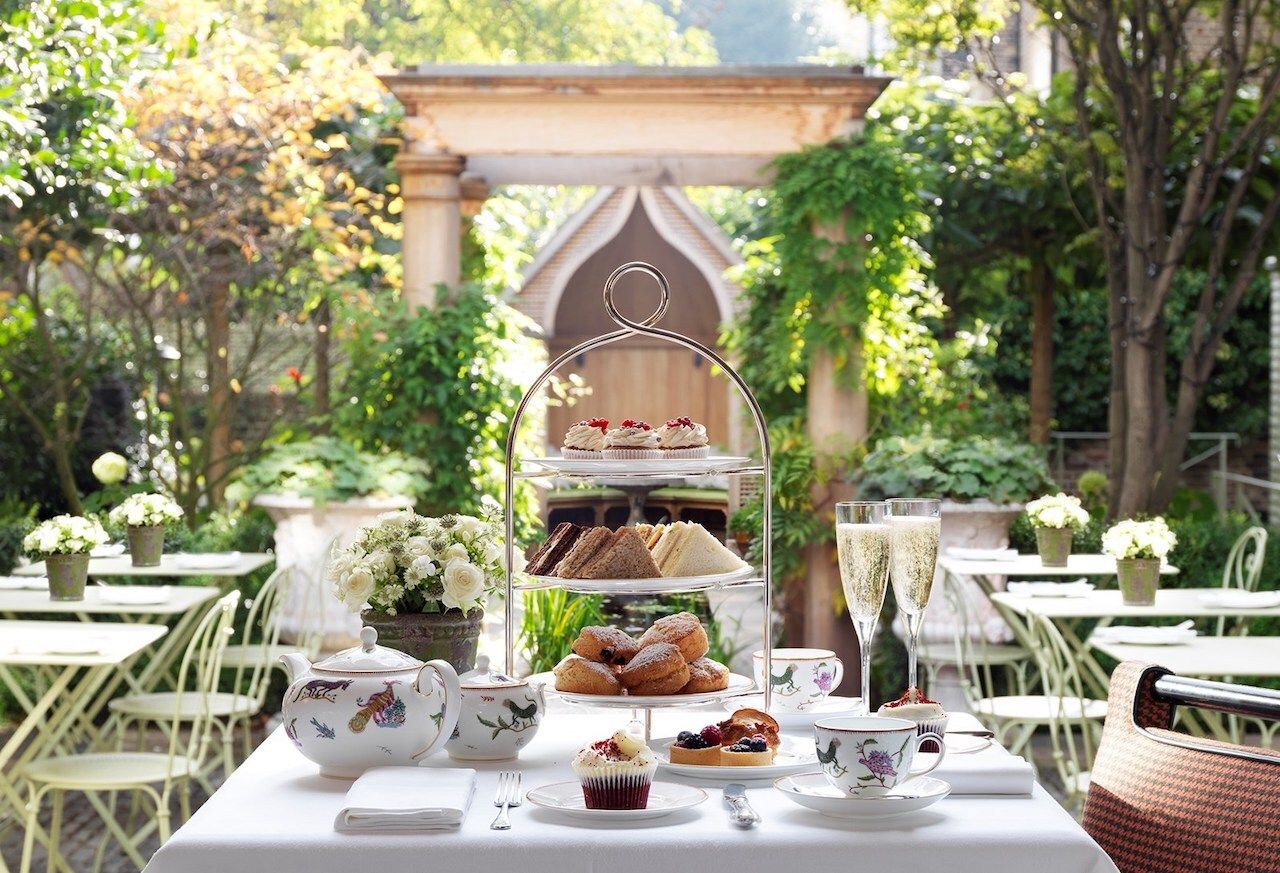 After a day of exploring London, relax at one of these posh hotels. Featuring elegant interior design, and all in close proximity to the most famous landmarks in London, as well as the most popular museums, these centrally located hotels will be a stylish landing pad for you and your family.

Within walking distance of Buckingham Palace and Hyde Park, Brown’s Hotel is the place to stay if you want to treat yourself to a luxury experience. The hotel’s The Donovan Bar offers an impressive selection of scotch, and the restaurant offers a decadent afternoon tea service. It has an interesting history too: ​​Agatha Christie used to stay there. But will really draw

Number Sixteen in City Centre is a boutique hotel with Victorian charm. Enjoy a tea service complete with decadent cakes and champagne in the hotel garden, then walk to the Victoria & Albert museum. In the rooms, touches like green, floral patterned curtains and pillows, and sky blue wallpaper give the rooms a fresh, country house atmosphere – a respite from the noise and energy of city life.

ME London by Melia

A short walk from the River Thames, ME London by Melia is a sophisticated, modern hotel. Overlooking Somerset House – A Georgian-era palace that now houses artist studios – chic interior design touches an upbeat atmosphere. Guests can enjoy drinks at the Radio Rooftop Bar, which features sweeping views of London, or if sightseeing is what they have in mind, the hotel is just a 5-minute walk from Trafalgar Square. When it’s time to come back to the hotel and relax, guests will find rooms featuring floor to ceiling windows and deep bathtubs for soaking.