No meal is quite as British as grabbing a plate of fish and chips to go, and enjoying them outside under dour clouds that may or may not rain at any moment. It’s a culinary tradition dating back to the 1860s, when the first fish and chip shops opened to help feed factory workers. Well, the foreboding clouds aren’t going anywhere anytime soon, but unfortunately, fish and chip shops might be.

While the rising cost of ingredients has always been an issue for fish and chip shops, whose profit margins are razor thin, those costs have risen astronomically since Russia invaded Ukraine in late February. A few of the main ingredients for this iconic dish aren’t British, but are actually imported from these two countries.

The war has placed immense strain on the already struggling industry. Andrew Cook, president of the National Federation of Fish Friers, told CNN that up to one third of the country’s 10,000 fish and chip shops could close in the coming months. That’s a staggering number. It’s like if a third of New York City’s pizza shops closed, or a third of Denver’s cannabis dispensaries.

Chris Panteli, who owns and operates Leominster Fish Bar in Herefordshire, told Matador Network, “all four of the key ingredients that make up a traditional fish and chip supper are being affected concurrently.”

These ingredients include sunflower oil, white fish, fertilizer for potatoes, and flour for batter mixes. According to Panteli, businesses are now paying 83 percent more for sunflower oil (which is imported from Ukraine) than they were in early March, before the invasion, and 40 percent of the industry’s white fish comes from Russia, which is similarly seeing a massive price hike. Fertilizer has tripled in price as well, and the price of flour – another ingredient hit with shortages – has gone up as well.

While eateries experiencing higher ingredient costs always have the option of raising their prices, that’s a bit tricky for fish and chip shops. Customers expect fish and chips to be affordable, so there’s not much room for menu prices to increase before consumers opt for a cheaper alternative.

“Historically, says Panteli, “the British fish and chips dinner has been a low-cost, tasty, healthy and hearty way to feed the family – steeped in years of tradition spanning generations. The wholesale prices of fish, oil, and gas has meant we have seen steady increases in these commodity prices for years, magnified by recent world events. This has forced fish and chip shop owners to put their prices up to not only remain profitable, but to survive.”

This problem is spanning the restaurant industry, with many restaurants expanding their offerings to include cheaper food to appeal to a broader customer base. This is eating into the fish and chip market, further exacerbating their economic woes.

“Many pubs are diversifying their business models to include cheap food, which has slowly eroded our position within the fast food market. And things are only getting worse. We are being forced to increase our prices which is seeing a significant drop in customer footfall.”

What does all of this mean for the fish and chip landscape? Well, the beloved shops likely won’t disappear entirely, but many may transform into something that doesn’t resemble the shops you grew up with. Forced to offer a wider, more creative menu to make ends meet, struggling chip shops may look completely different in a few years.

Panteli predicts “the impact could be so extreme that the shops that somehow manage to survive will no longer be recognizable as the business they once were. Shop owners are having to get inventive and menus are changing as other products are having to be sourced.”

There is a way for the government to slow the bleeding, but it hasn’t yet taken action on that front. According to Panteli, high taxes on hot food (20 percent) hinders the industry’s ability to price menu items competitively. The government has the ability to dramatically reduce this tax (as they did during the pandemic), but that reduction has since been eliminated.

“Many in the industry, myself included,” says Panteli, “believe that this temporary rate should be revisited as a more permanent solution. This would fall in line with many other parts of the world.”

Indeed, the industry’s troubles are coming at a time when consumers are dealing with nearly unprecedented inflation. In March, price inflation hit seven percent in the UK, its highest level in 30 years. That certainly doesn’t help the case of fish and chip shops struggling to price their food competitively, while also making a profit.

A visit to a fish chip shop on your next trip to the UK is still a vital way to experience the country’s culture and culinary acumen. Here are a few fish and chip shops in London you should be sure to check out and support. 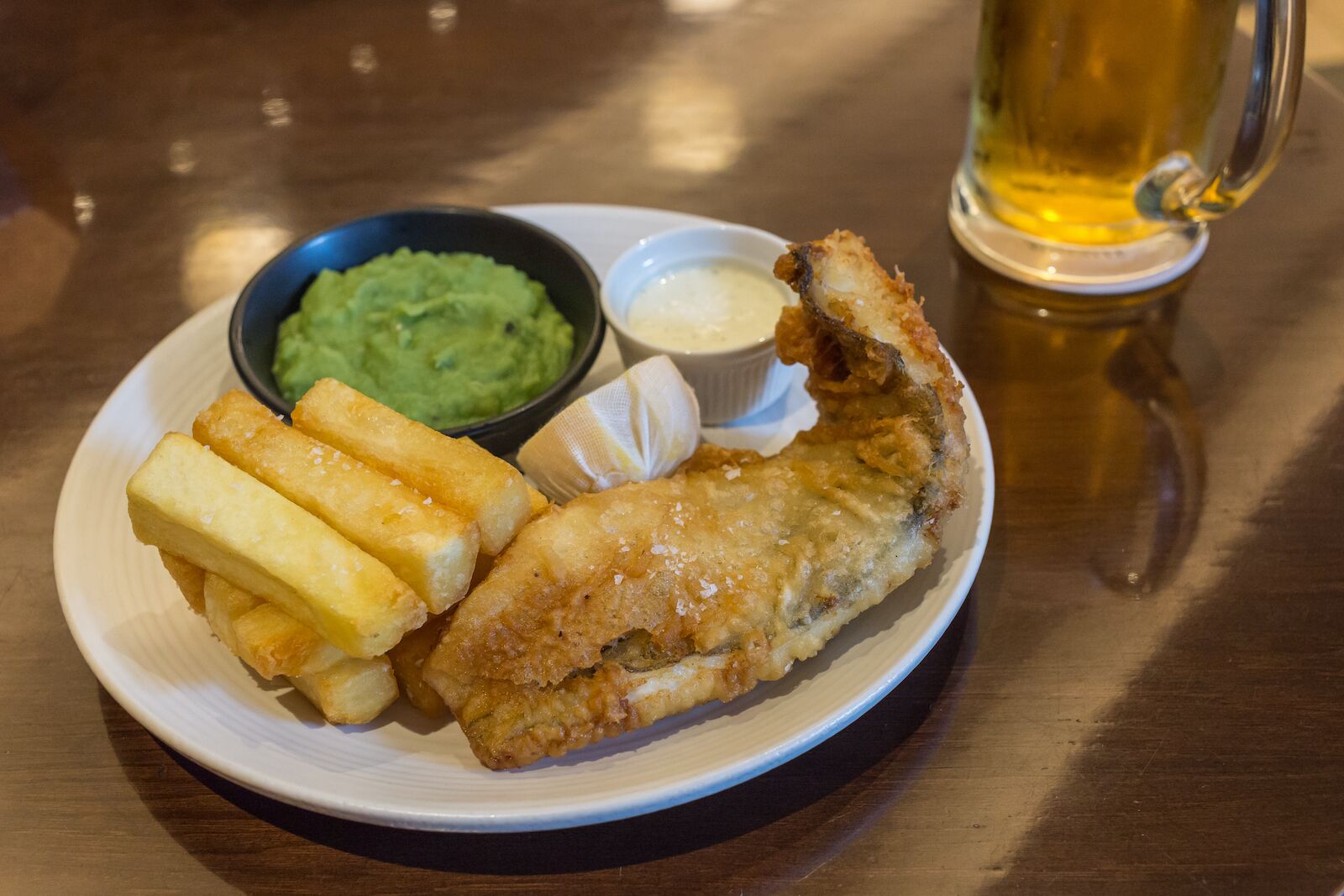 Located in the posh neighborhood of Mayfair, The Mayfair Chippy is a sleek, contemporary take on the classic chip shop concept. In addition to fish and chips, they also have shepherd’s pie, cornish fish, and a selection of wines and British gins.

A local favorite for over nearly two decades, The Golden Chippy is known for its fresh ingredients and friendly neighborhood feel. It was voted London’s top restaurant on TripAdvisor in 2016, and continues to impress visitors with its “secret recipe.”

The Golden Union Fish Bar is conveniently located in Soho. They’ve got one of the most extensive menus in London with a wide range of fish and chip combos, from cod and haddock to scampi and coley.