There are few methods of transportation like train travel. Trains have a limit on destinations and speed, but also allow for unparalleled window watching. Some can be an uncomfortable yet utilitarian way to get from point A to point B, while others are the epitome of luxury. For anyone who can get over the limitations, there’s no denying that the longest direct train journeys are high on the travel to-do list.

This map put together by Statista used data from The Telegraph to chart the longest direct rail routes where you don’t have to change trains. 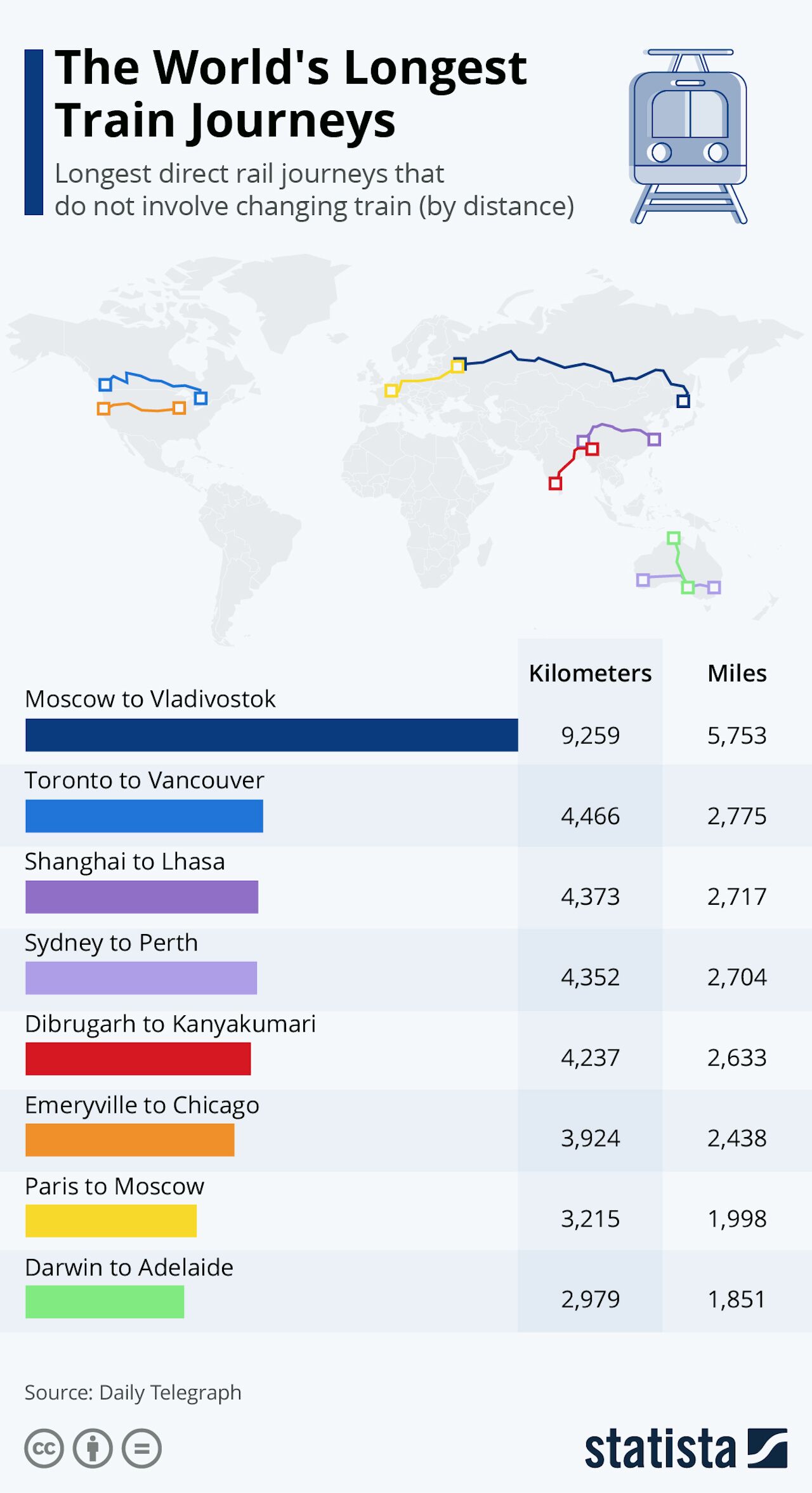 The longest direct train routes in the world

Of course, not all of these train routes are always accessible or safe to travel on for foreigners (especially during pandemics and wars). That doesn’t make the sheer magnitude of the rail line less impressive, however.

Note that these are only the longest direct train routes. If you really want to glue yourself to a train seat, the longest train route in the world takes advantage of multiple train lines as it goes over two continents and 11,653 miles from Singapore to Lagos, Portugal, in 21 days.

Some of these long train routes also double as one of the best ways to see the country they’re in. The Gahn, which goes from Darwin to Adelaide, gives incredible insight to hard-to-reach parts of Australia’s interior, for example. Others are among the train journeys that can take you to some of the most remote places in the world.

These also aren’t necessarily the best train rides. For that, you should listen to experts like the Man in Seat 61, who has made a living traveling the world by train.