As a freelance adventure photographer, I’ve been fortunate enough to travel the world, always trying to capture its natural beauty. And as an avid surfer, I’ve always had a deep appreciation for the ocean and its myriad varied creatures, from tiny sea slugs to enormous sharks. So when I had the chance to spend a long weekend with Nautilus Adventures in San Ignacio, Mexico, to spend three days whale watching in Baja California, I jumped at the opportunity.

Starting from Cabo San Lucas, I took a short two-hour flight to the San Ignacio Lagoon, where the adventure got underway. Immediately after we landed, we were out on the water, scanning the horizon for any kind of whale activity from the migrating cetaceans, like spouts, breaching, or spy hops. Armed with our experienced captain and guide, it seemed like it took no time at all before the Nautilus crew was able to position us in a prime spot to see the region’s many whales. Seemingly without impacting the whales’ normal behavior, we were able to get close enough to touch a baby gray whale (which is legal in this part of the sea; more on that below.) And this wasn’t some cheesy Sea World experience — it was an open-water, wild animal interaction. And it was magical.

With good ocean conditions, as we had, travelers can expect to whale watch in Baja California for about four or five hours a day. Mornings involve layering up with a windbreaker to cut through the chilly air, but by the time the afternoon tours started, it was warm enough for t-shirts and shorts. After we came back on land in the late afternoon, we’d retreat back to the incredible Nautilus camp.

My glamping tent had a comfortable full-sized bed, hotel linens, a sitting area, an en-suite bathroom, and even Wi-Fi. And because the multi-course meals and snacks are included in the flat rate, everything feels comfortable and family-style, especially since the groups are usually relatively small. It was a surprising amount of luxury and comfort for being essentially in the middle of nowhere.

Though the five-day trip felt like it went by in a blink, the Nautilus team does a great job of ensuring everyone has enough time to take fantastic photos of the grey whales as well as other species like dolphins and — lucky us — orcas, which are rare. Whale watching in Baja California was the highlight of the last few years for this travel photographer — and the photos prove it. 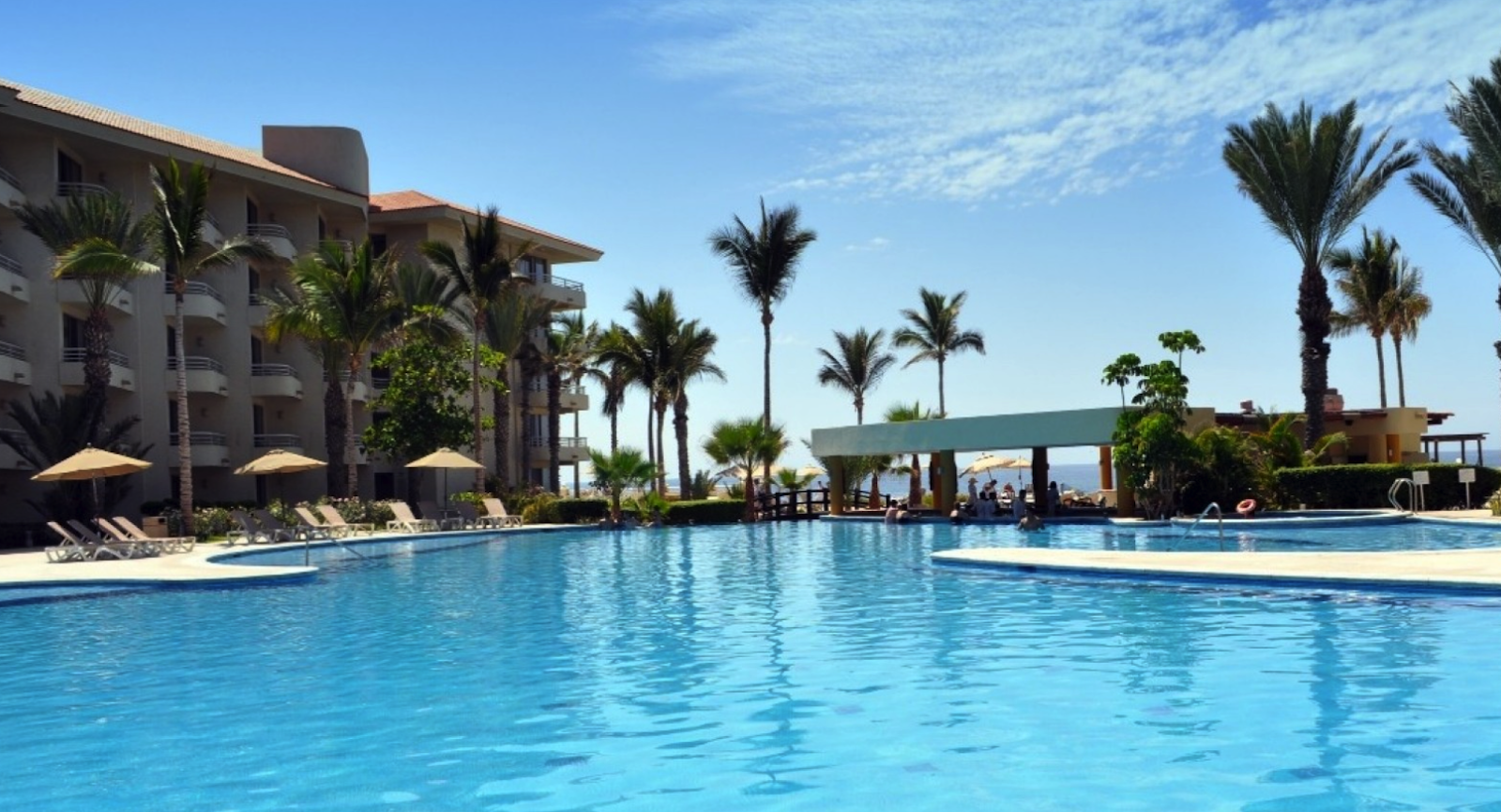 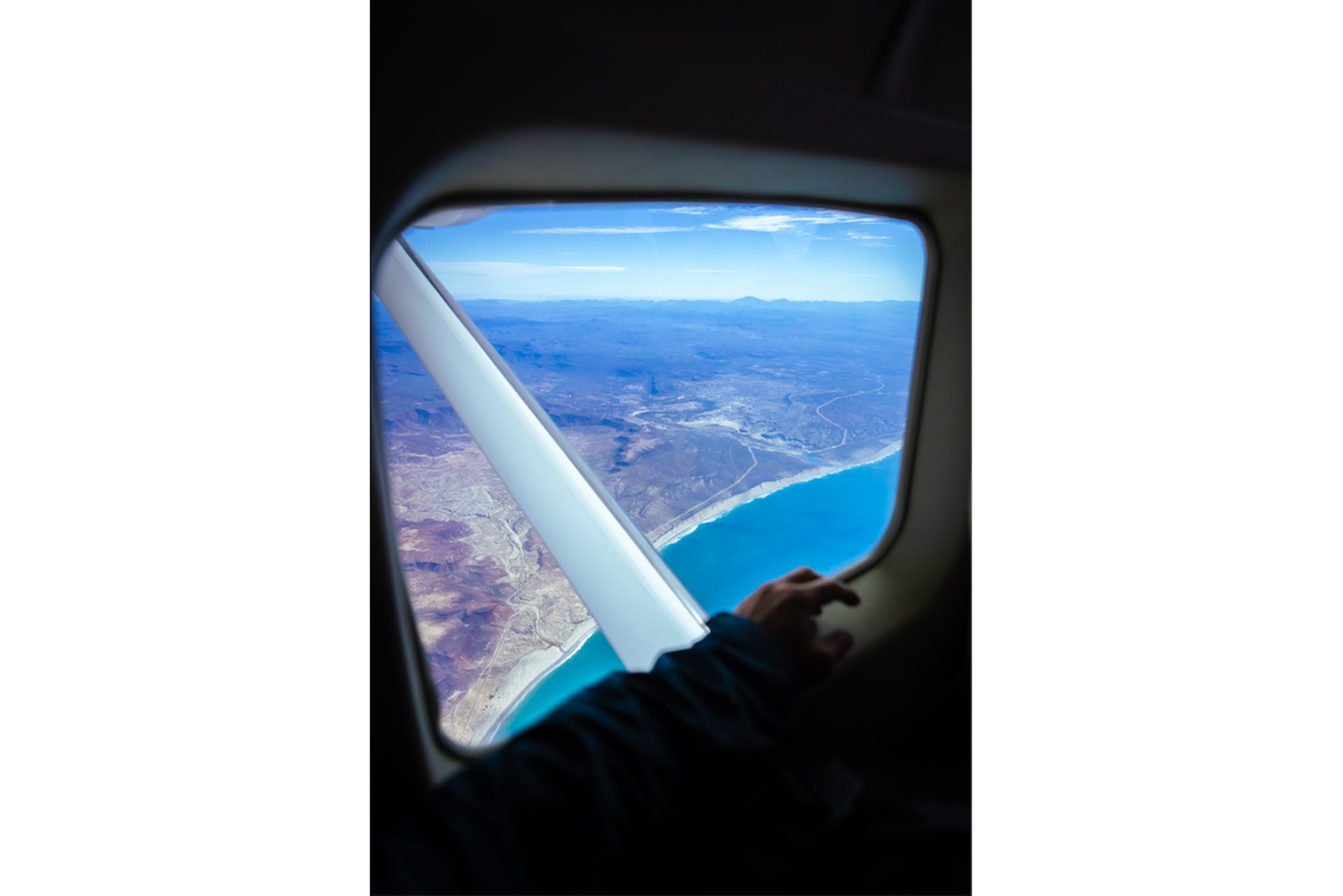 While flying from Cabo to San Ignacio, you’ll be treated to views of electric blue water and dry desert landscape colliding along the coastline. Nautilus Dive Adventures charters a private plane for everyone on the tour (included as part of the cost), so you don’t have to deal with any of the organizational details yourself. The flight takes about two hours. Photo: Jason Mar 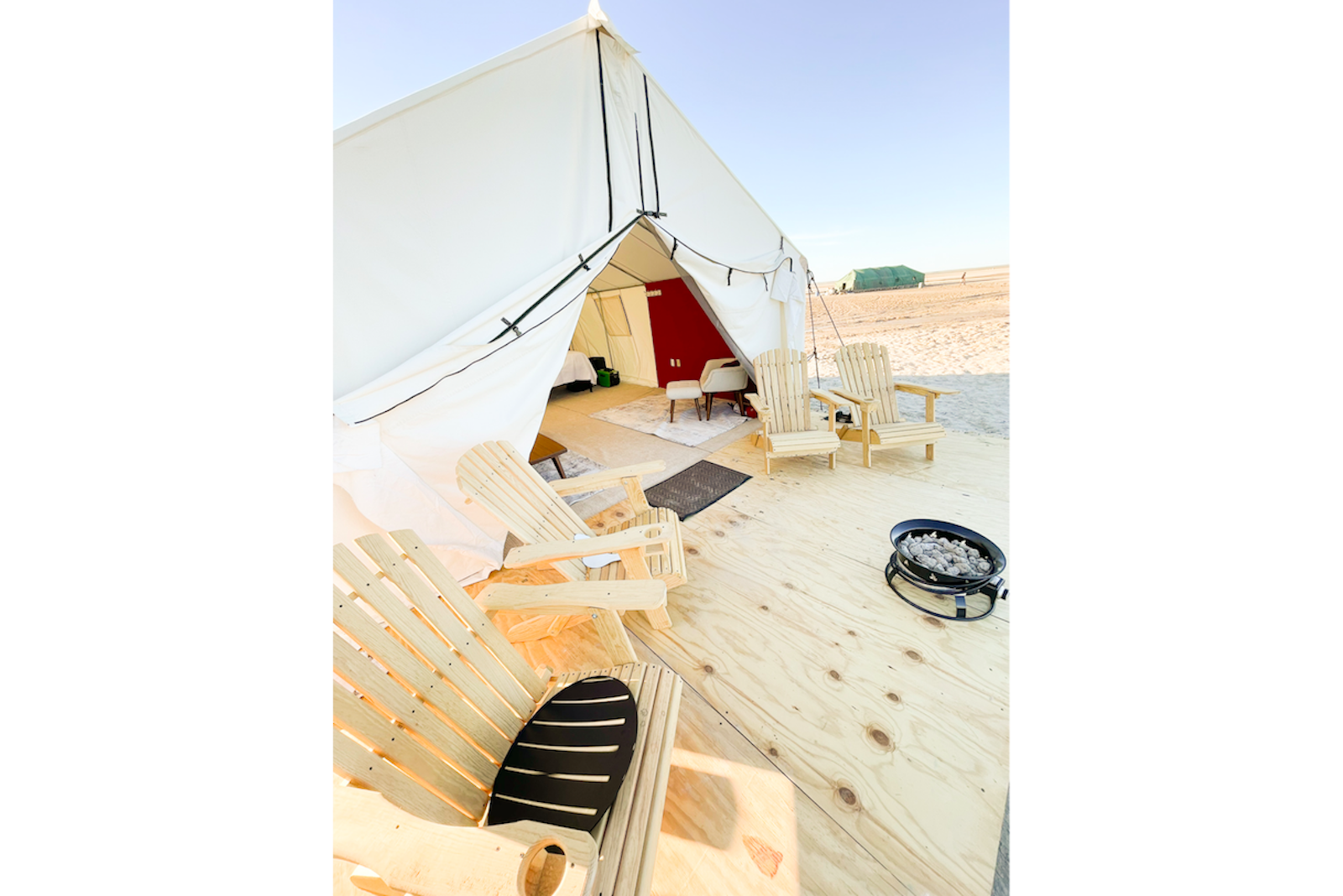 As a part of the luxury package, every accommodation comes with its own patio, Adirondack chairs, and fire pit. Inside, there are comfortable furnishings and roomy private bathrooms. Though it’s technically glamping, it feels like a luxurious hotel inside and is very peaceful at night. Photo: Jason Mar 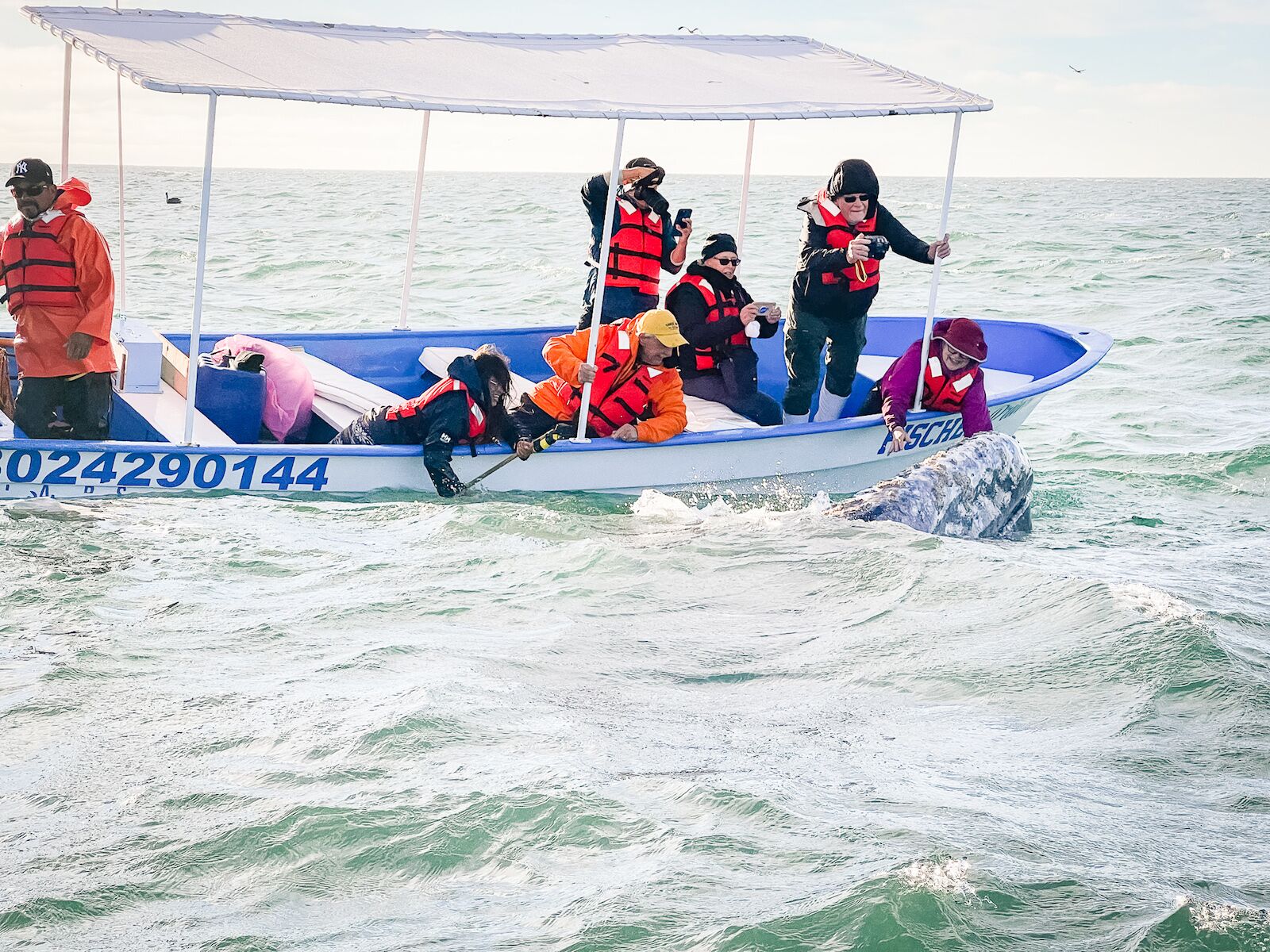 You won’t be able to keep yourself from rushing to the side of the boat when these incredible animals come close. The whale-watching boats are tiny, but you only spend a few hours on them at a time, coming back to camp for lunch midday and happy hours. Photo: Jason Mar 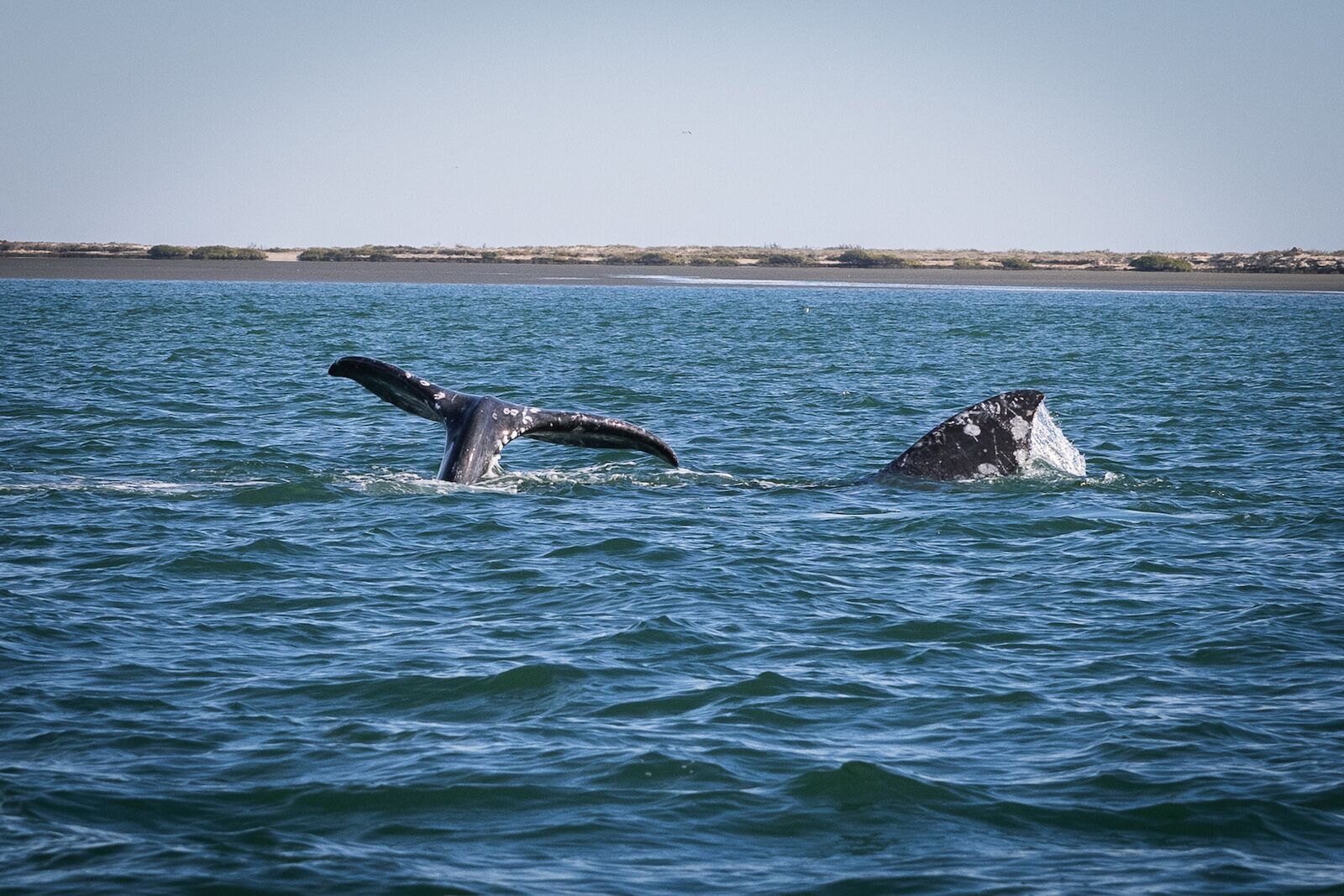 While you’re on the boat, you’ll want to constantly scan the horizon in order to catch any kind of whale activity. While this may look like one whale at first glance, it’s actually two, possibly mating below the surface. Photo: Jason Mar 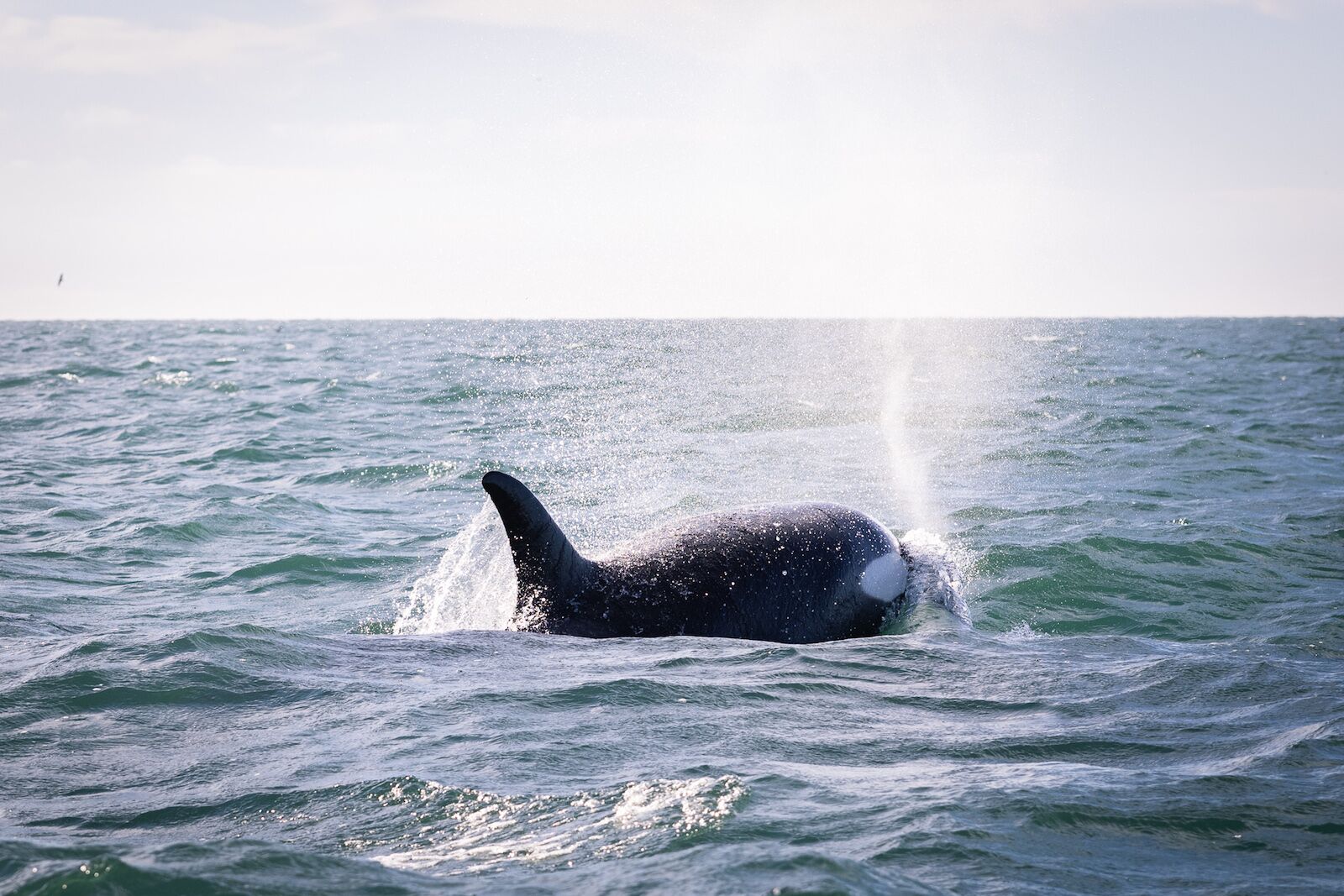 Orcas are extremely uncommon for the lagoon and have been known to eat dolphins and baby gray whales. We were very nervous to see if they would approach any gray whales; fortunately they left without incident. It was a rare treat to see them. Photo: Jason Mar 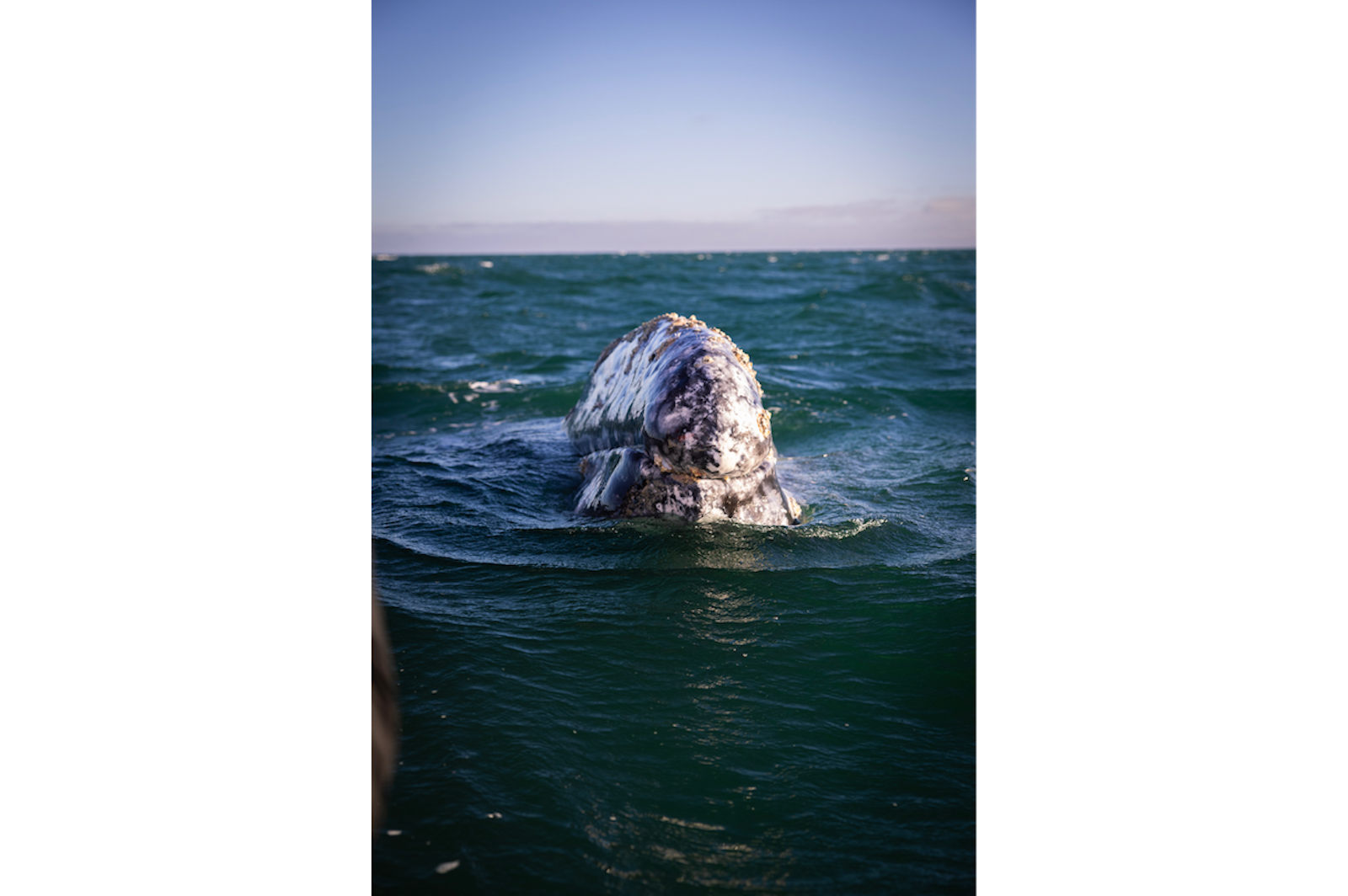 It’s hard not to feel a surge of emotion and excitement as the 50-foot-long animals approach the boat. Sometimes, they want to get a closer look at you as much as you want to look at them. Photo: Jason Mar 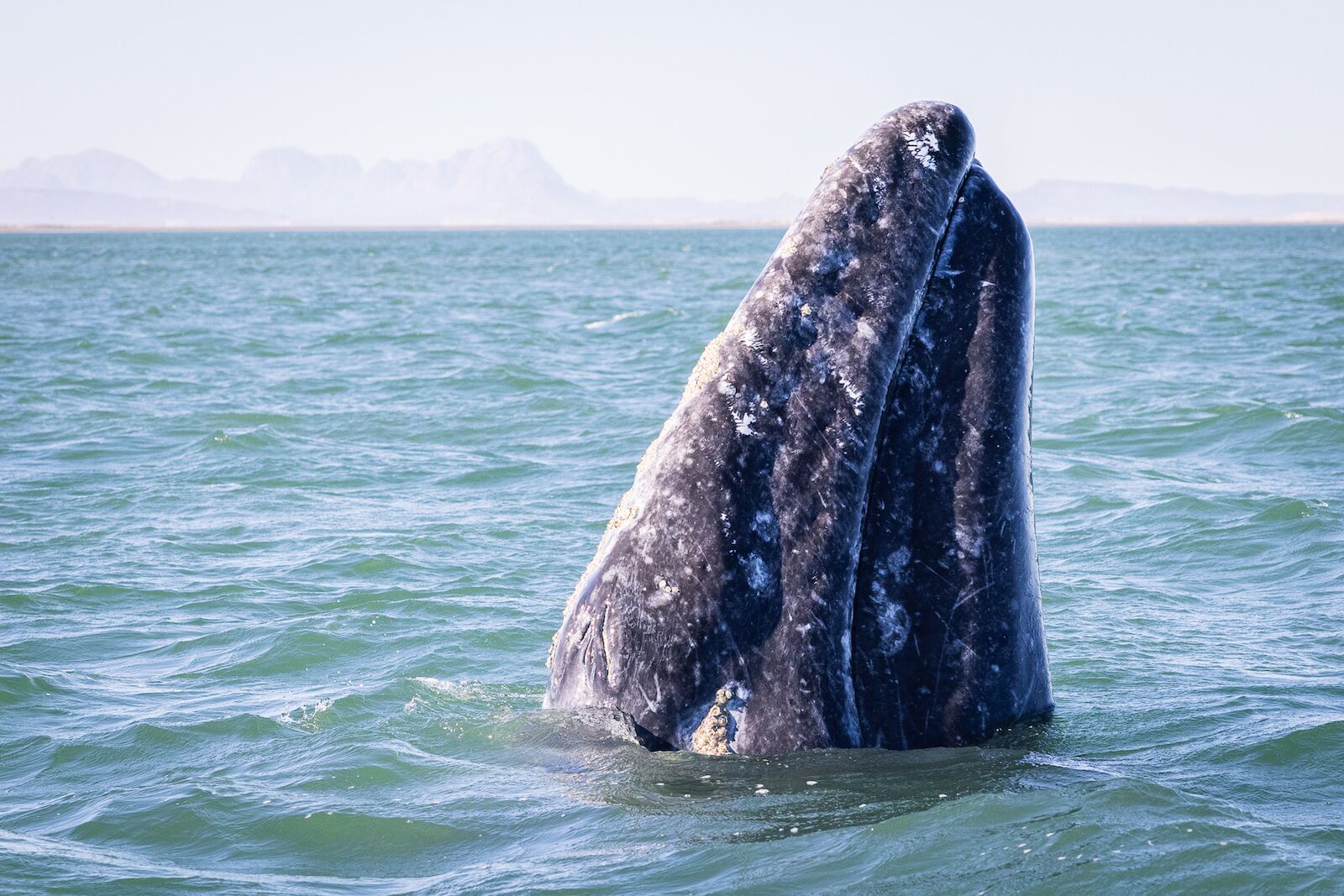 The behavior exhibited here is called a “spy hop.” Whales swim to the surface and get their eyes above the water to spot what’s going on in the distance. It’s a common behavior, especially with other whales or boats nearby. Photo: Jason Mar 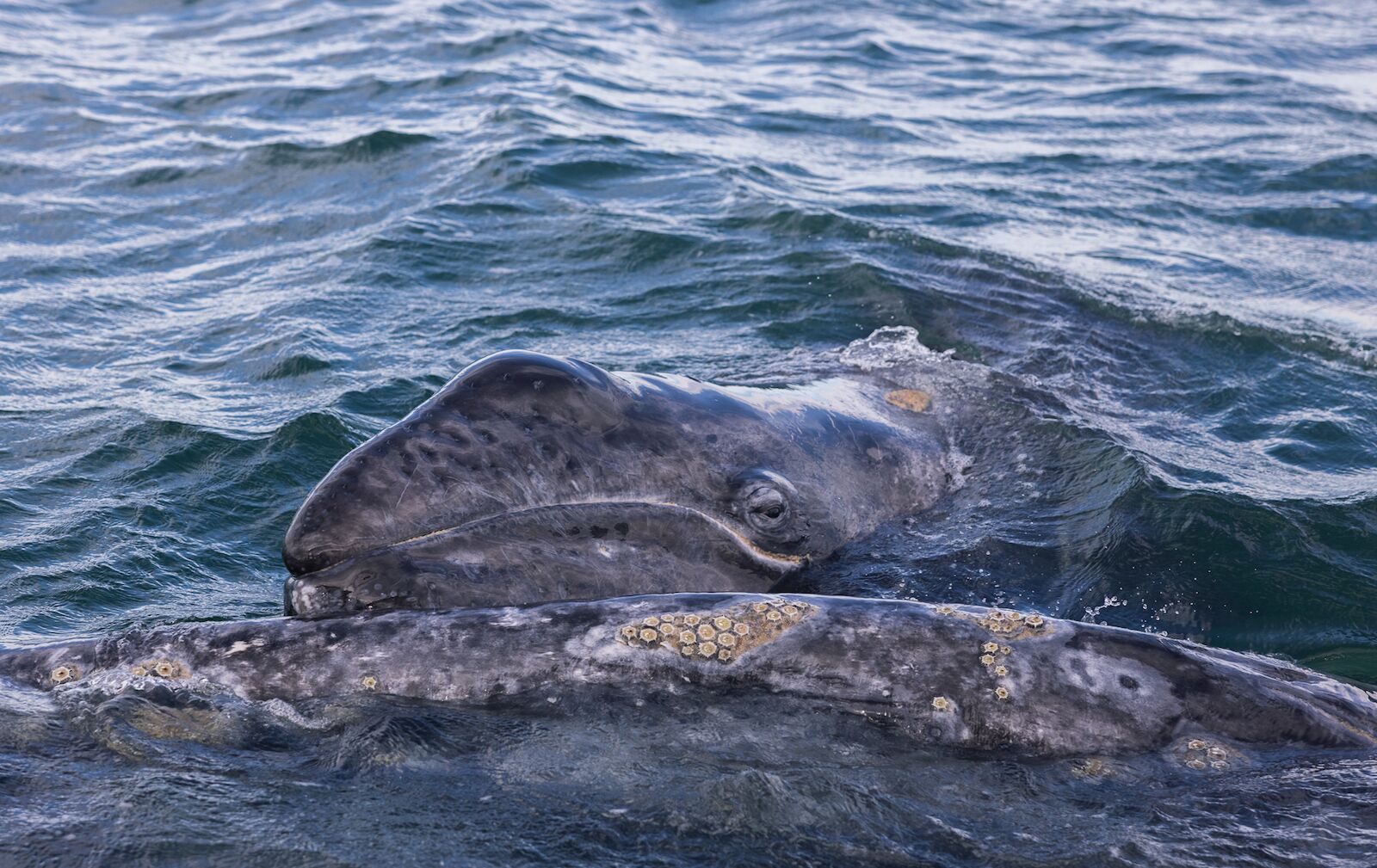 This young and curious gray whale calf came close enough to our boat with its mother to check us out. Humpback whale mothers are very affectionate and protective, and calves tend to stay with their mother for around a year after a birth before heading out on their own. Photo: Jason Mar 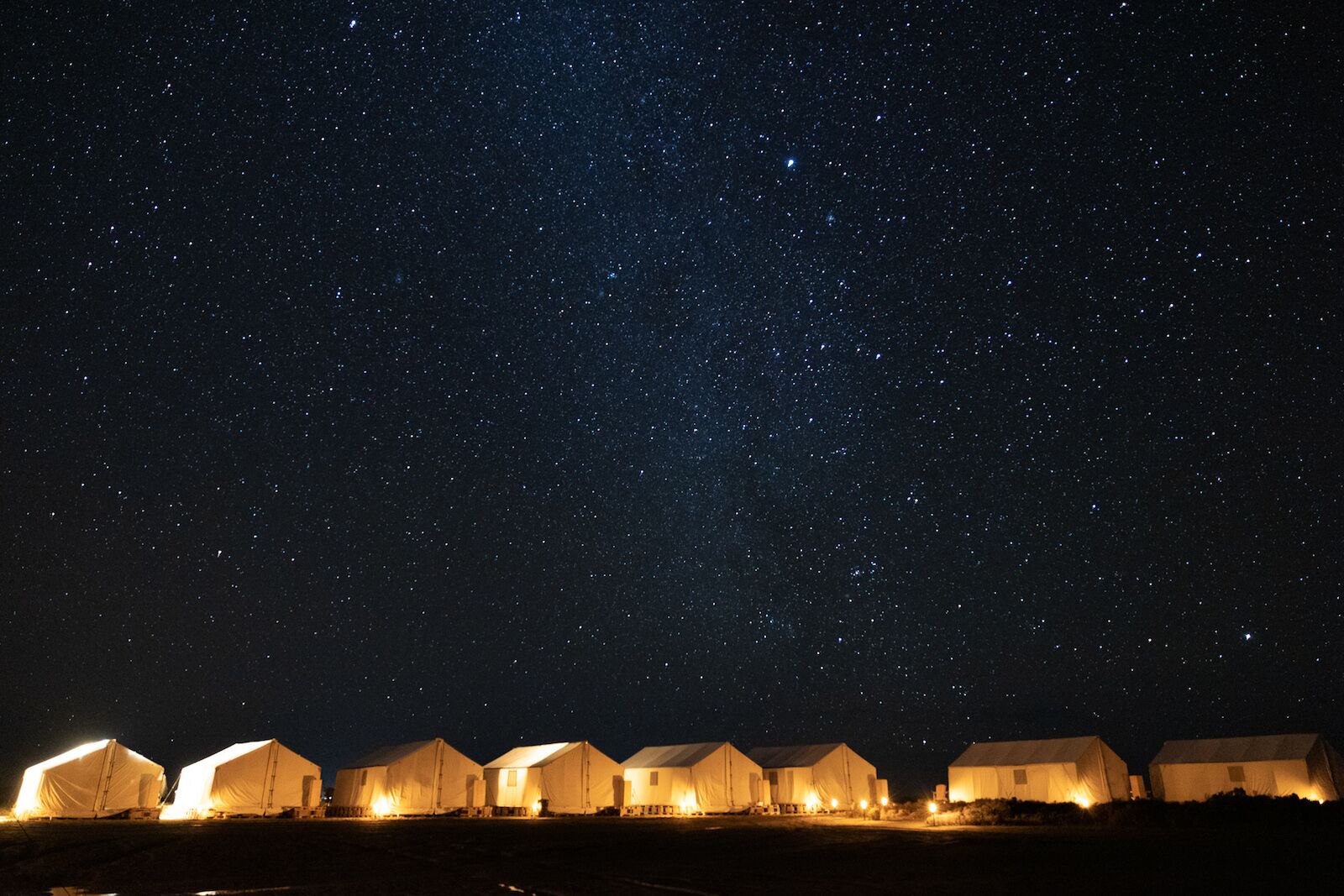 During the trip, you’ll spend three nights at the Nautilus eco-camp. Guests are welcomed with sparkling wine and the accommodations are luxurious and comfortable. With clear skies and zero light pollution, make sure you look up at night to see the stars dancing across the sky. Photo: Jason Mar 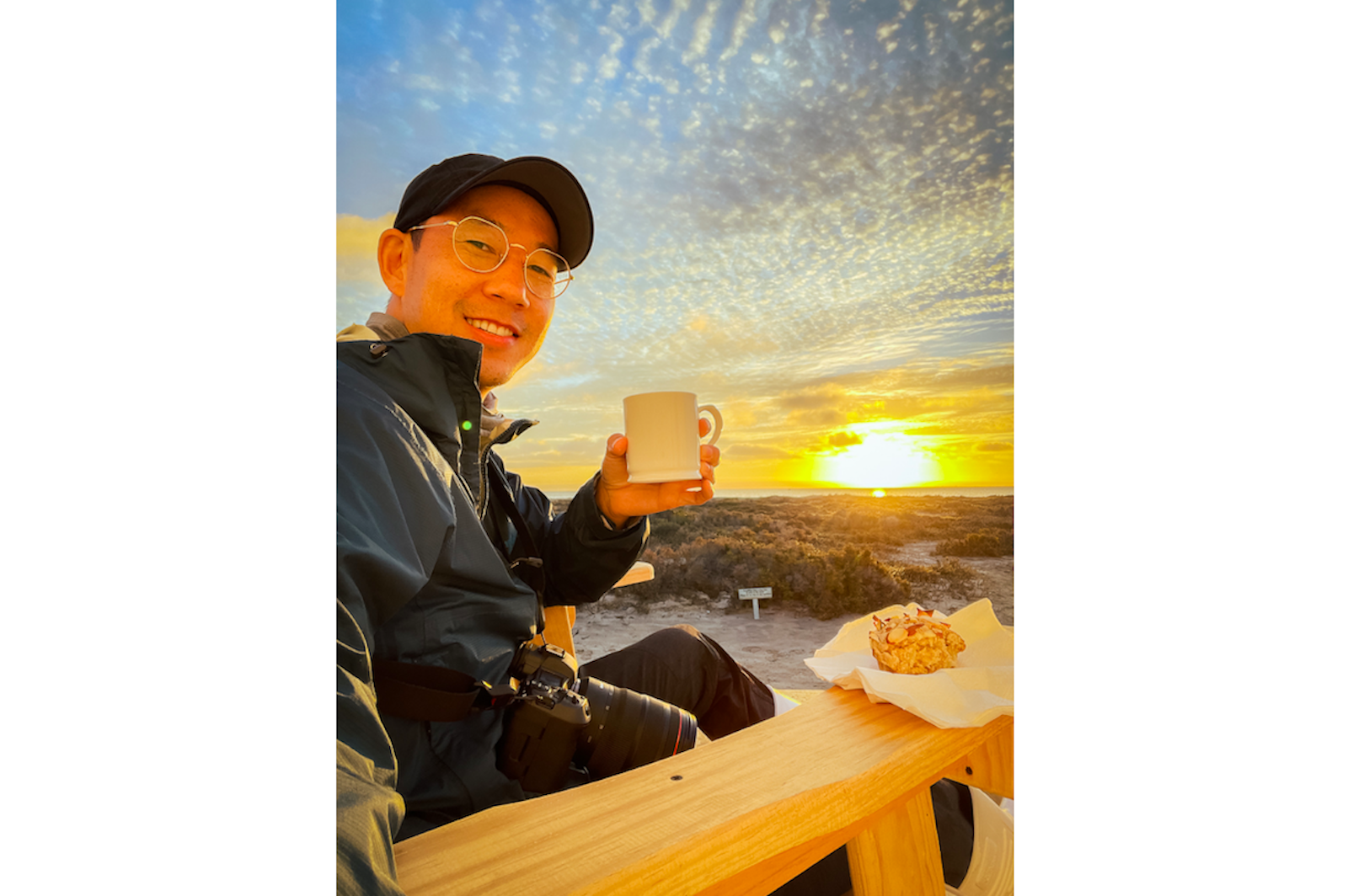 Even without seeing whales, this would be an amazing trip. I had breakfast each morning on the deck outside my tent, thinking about the stories that will stay with me forever. Photo: Jason Mar 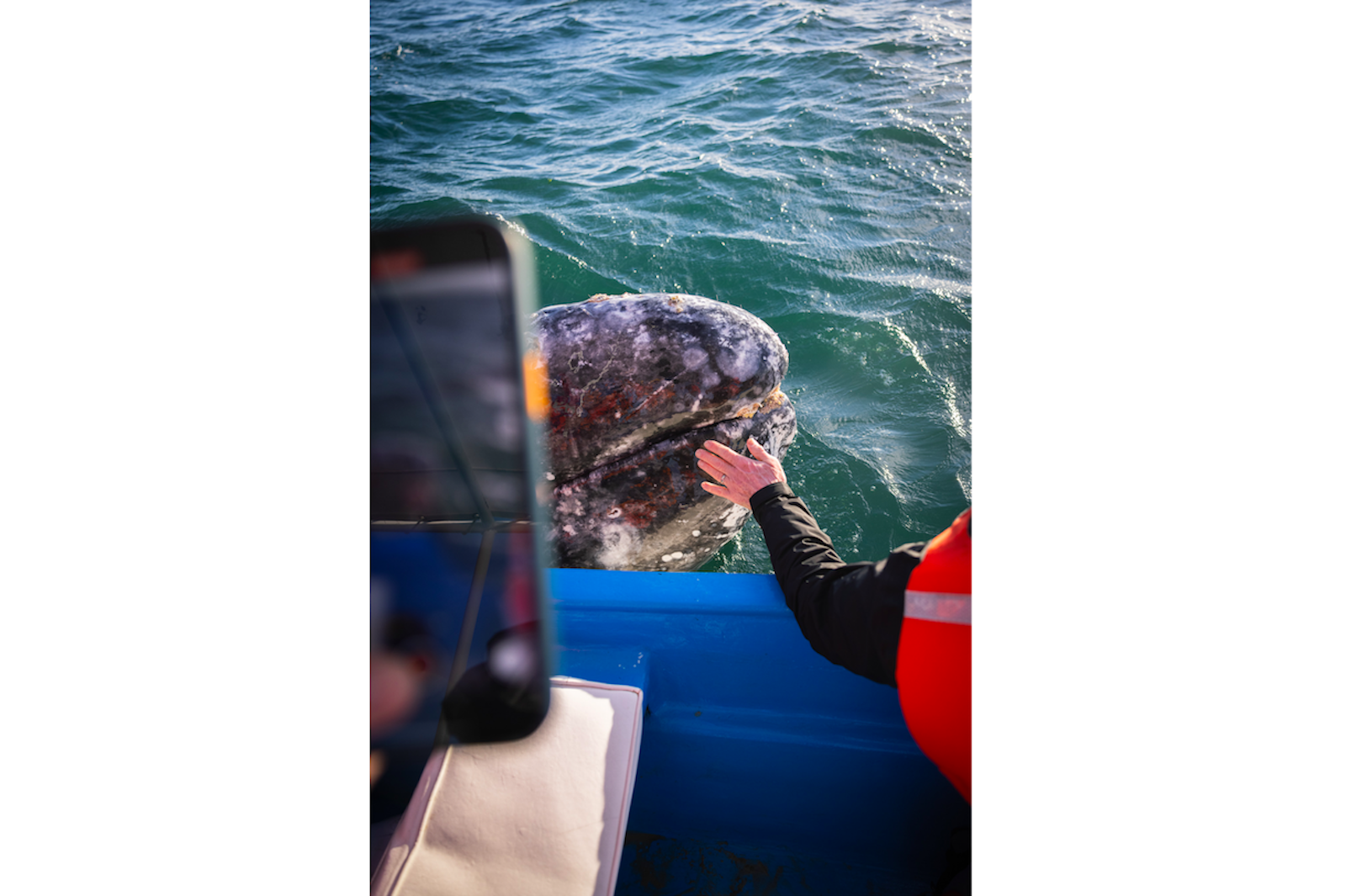 The whales are naturally curious animals and unafraid of the boats. They’re actually attracted to the sound of the motor and will even get close enough for guests to touch them. While it’s illegal to get within 300 feet of whales in the wild in the US, that’s not the case in the San Ignacio Lagoon – it’s one of the few places in Mexico where you’re allowed to pet them. However, the number of boats allowed on the water at any given time is limited, and all whale-watching companies have to pay into the salary for a “whale sheriff” to make sure tour operators are being responsible. That makes it one of the few places in the world where you can have an experience like this with a wild animal. You can read more about it here. Photo: Jason Mar 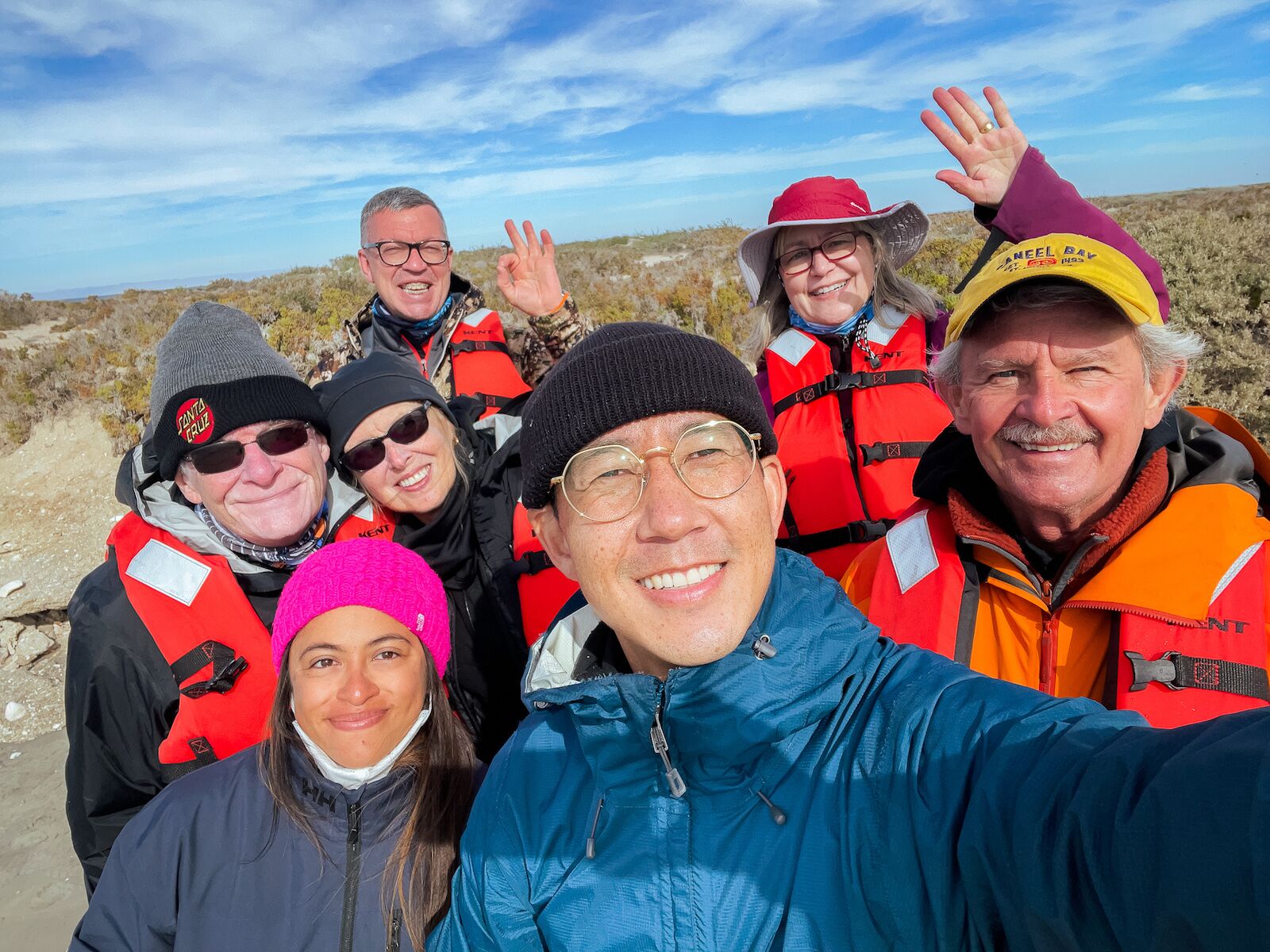 You’ll spend nearly all your time over the four days with your small tour group, and the shared enthusiasm for whales and wildlife makes it easy to make friends. It doesn’t take long to feel like old friends, especially since you’ve all made memories together to last a lifetime. Photo: Jason Mar

The Most Epic, Windiest Kiteboarding Spots in Baja California