Cherry blossoms are one of the great joys of spring. Washington DC, Brooklyn, and a number of cities across Japan are famous for cherry blossom festivals that inspire people to get out and picnic under a canopy of pink and white flowers.

The sheer number, combined with the celebrations residents put on during bloom time, is why Macon is lovingly called the Cherry Blossom Capital of the World. There’s even an official Macon cherry blossom anthem that was released in 2020.

“It’s a, dare I say it, hidden gem,” Gary Wheat, president of Visit Macon, tells me over the phone. It’s a reason for visiting, he adds, as opposed to the cherry blossoms happening in a place where lots of people are already going regardless, like DC.

“I’ve been here five years, and one of the things that caught me was when the phones would start ringing from people asking if the cherry trees are blooming and if I could tell them exactly when they’re going to,” Wheat says. “And no, I can’t, but we do have our live webcam.”

The live bloom cam makes timing your visit a bit easier if you’re in the nearby area. And the webcam has become a bit of an attraction in and of itself — Wheat says the average time people spend on the cams is about four minutes, and there are more than 1.8 million views on the view counter.

How Macon became the cherry blossom capital of the world 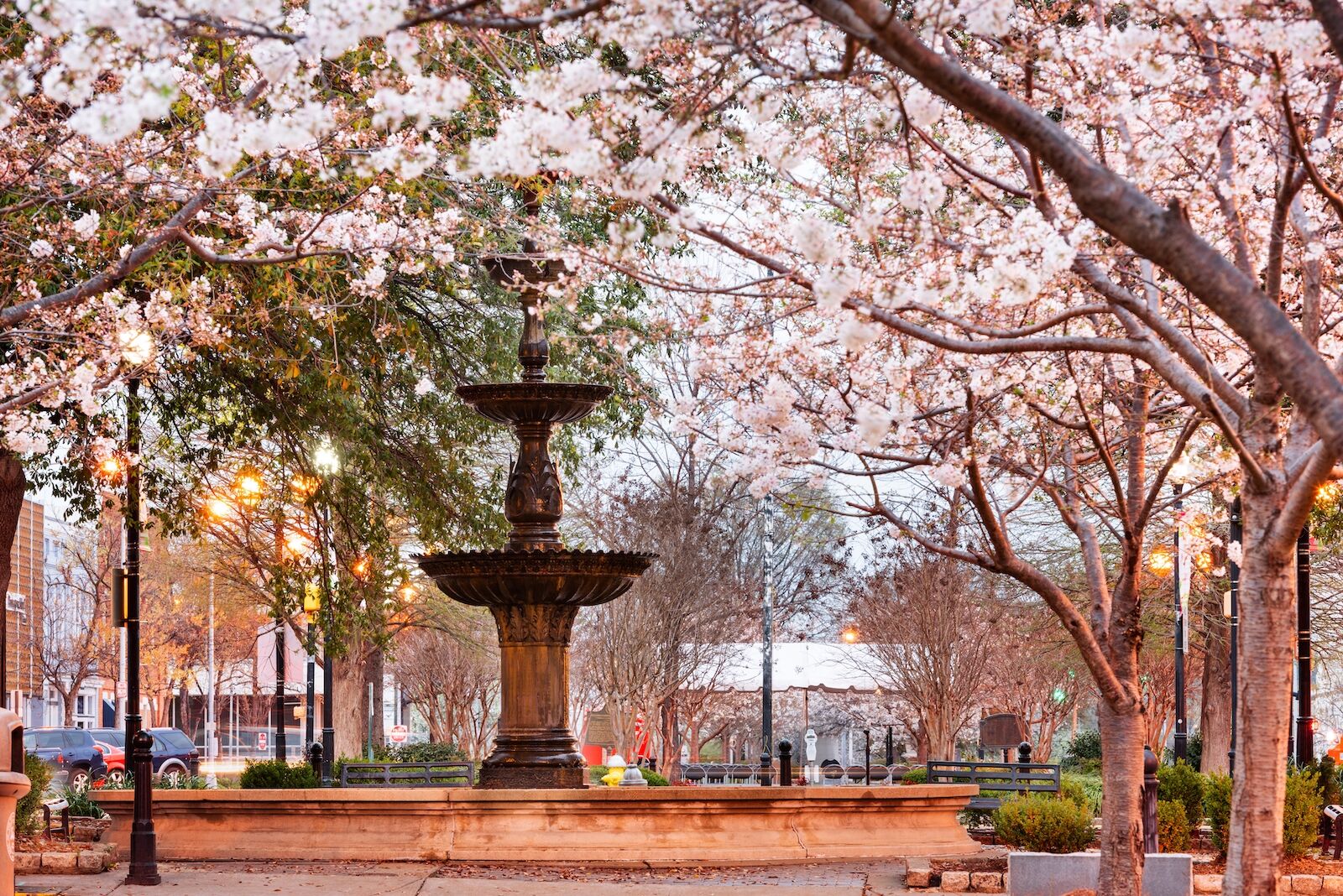 Macon is a haven for cherry trees thanks to William A. Fickling Sr. Fickling spotted a Yoshino cherry tree in his backyard in 1949 and didn’t know what it was because the trees were still rare in the South at that time. He learned the species on a business trip to Washington DC, and his love grew from there.

According to an oral account televised by WGXA, Carolyn Crayton, who became the executive director of the Keep Macon-Bibb Beautiful Commission, told Fickling she’d love to see a thousand trees planted over 10 years in Macon. In response, Fickling told her, “I don’t know if I’m going to live another 10 years, so I’ll give you 10,000 in one year.” One thing led to another and now there are too many for one person to count.

Fickling’s 1990 obituary in the Los Angeles Times credits him with giving away more than 120,000 Yoshino trees over his lifetime. A plaque in Macon puts that number at more than 180,000 throughout Bibb County.

In 1982, the trees and their famous blossoms had solidified their place in Macon culture so much so that the Crayton created the Cherry Blossom Festival (the same one that’s held today).

The Fickling family carries on this legacy with annual updates to the cherry trees on Fickling Farm in north Macon four generations later to replace damaged trees and add new ones. 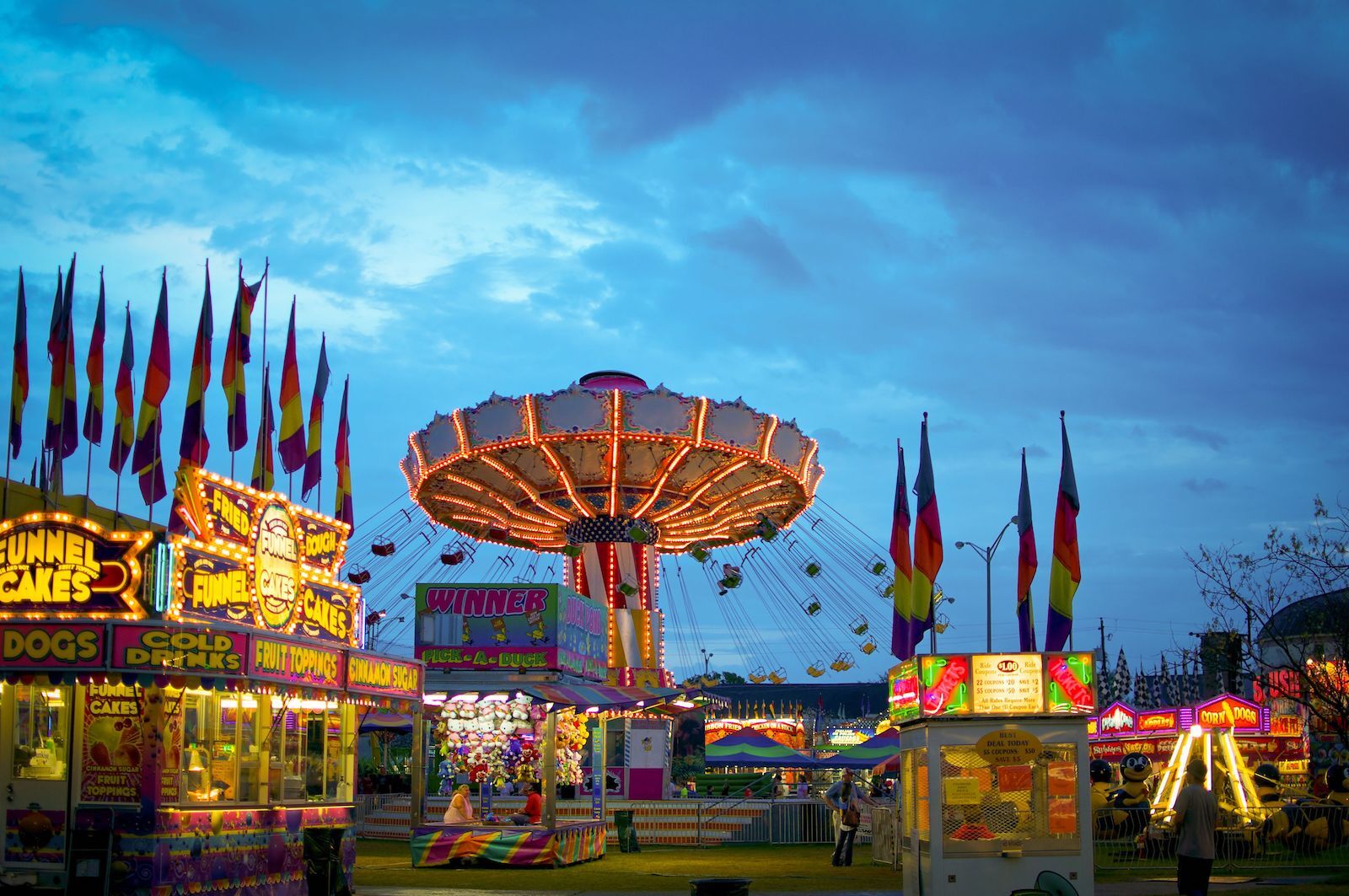 Fickling kept a log of Macon’s cherry blossom bloom time for more than 10 years. By that data, the average peak bloom date is March 23. The exact date, however, depends on the conditions. Mild winters can lead to a later bloom, and there are microclimates across Macon so different parts of the city will see blooms at different times. Younger trees also bloom earlier, and while some trees can bloom for one week others bloom for two. Then, of course, there’s whether a storm comes through and takes all the flowers off shortly after they’ve come out.

The festival is planned far in advance for mid March. In 2022, the festival saw headlining country music stars like Walker Hayes and Niko Moon. Dogs are more then welcome, they’re encouraged. If you can’t bring your own pup you can see some dogs compete in festival events like the weiner dog race or the dock diving competition.

Where to see cherry blossoms in Macon 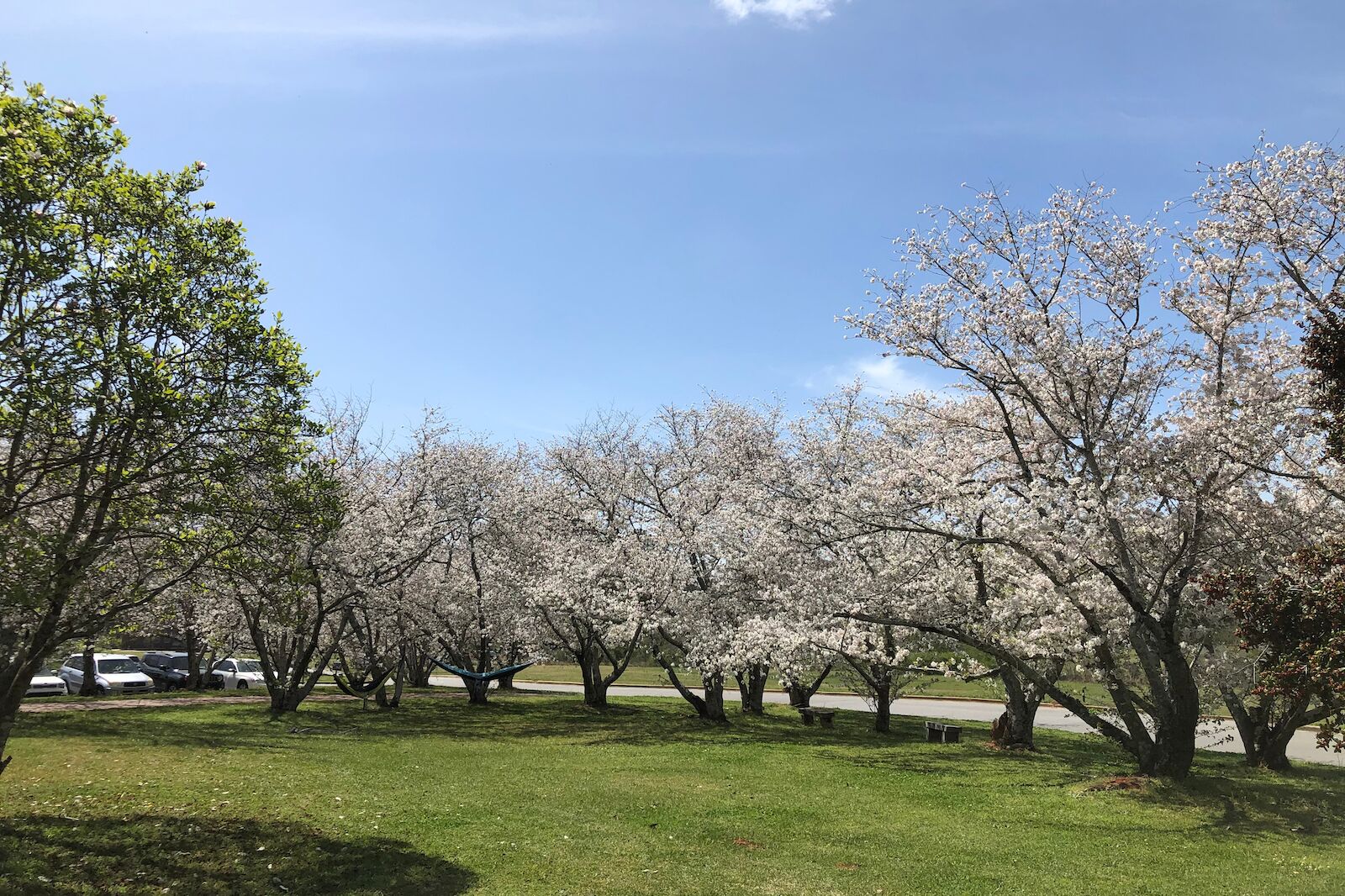 You could just wander aimlessly and stumble on a bunch of blooming trees if you time a visit right. However, for the best cherry blossom views, Visit Macon made a driveable Cherry Blossom Trail with a map (find a digital version here or pick up a physical map in town) that runs from Carolyn Crayton Park to Bass Road.

National Parks7 Places Around the World That Bloom To Life in Spring
Tagged
Festivals National Parks Macon, GA, United States
What did you think of this story?
Meh
Good
Awesome