A 72-year-old man from England has been awarded the world record for being the oldest person to row across an ocean solo by crossing the Atlantic in a 22-year-old rowboat. Graham Walters set sail on January 25 from the island of Gran Canaria, Spain, and rowed for three months, arriving in Antigua on April 29. The boat, named “George Geary” after his grandfather and notable cricket player, has been donated to the Antigua Museum.

“I’m disappointed that I ended up being towed right at the end but it was the right thing to do, especially now I know I have got my world record,” Walters told The Guardian. “As I was at such a critical point, I had to face the fact that if I didn’t take up the offer of assistance then I would miss Antigua.”

Before setting off, Walters set up a fundraiser with a goal to raise 500 British pounds (around $628) which he planned to donate to Help for Heroes, an organization that benefits the wounded Armed Forces. He has now surpassed the target by almost 600 percent, raising a total of 2,976 pounds ($3,737). 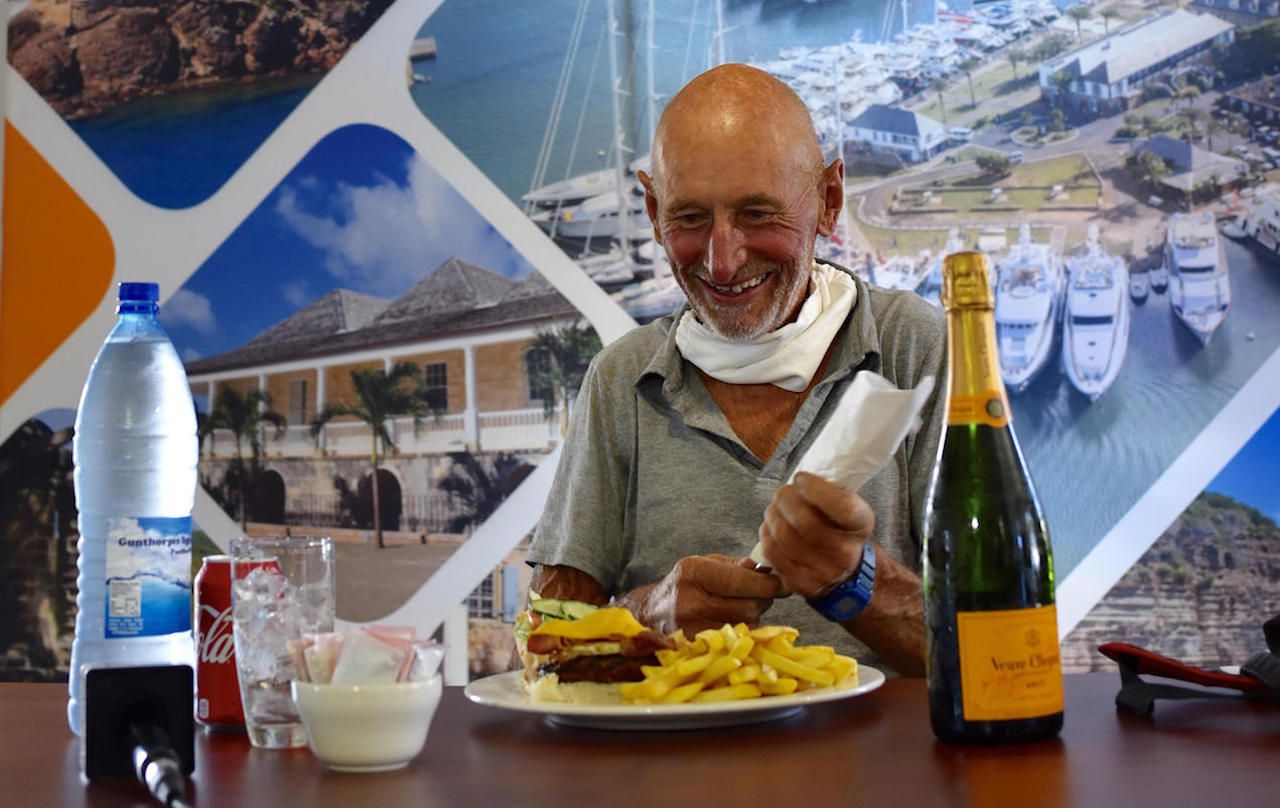 As he arrived at Antigua, the sailor was handed a face mask, a bottle of hand sanitizer, and informed about the global pandemic that unfolded while he was at sea. He is currently staying in Antigua until he can get a flight back home. “It’s like I have been in a bubble and have now woken up in an alternative universe,” he said, adding that he doesn’t mind wearing the face mask, but he was hoping for a hug or a pat on the back as he disembarked.

For his first meal on land, the legendary record-holder ordered a burger and chips, paired with a bottle of Veuve Clicquot.

NewsThe Climate Win: a Big Supreme Court Decision and Flying Without Fuel
Tagged
News
What did you think of this story?
Meh
Good
Awesome