Looking for a smooth sail? Redditor patrlars just pointed out something that would most likely elude the naked eye of even the savvy sailor: you can sail a perfectly straight line from Sweden to France. The route leaves Sweden north of Gothenburg, just south of the Norwegian border, and passes through the North Sea and the English Channel before arriving near the small coastal town of Etretat, France. 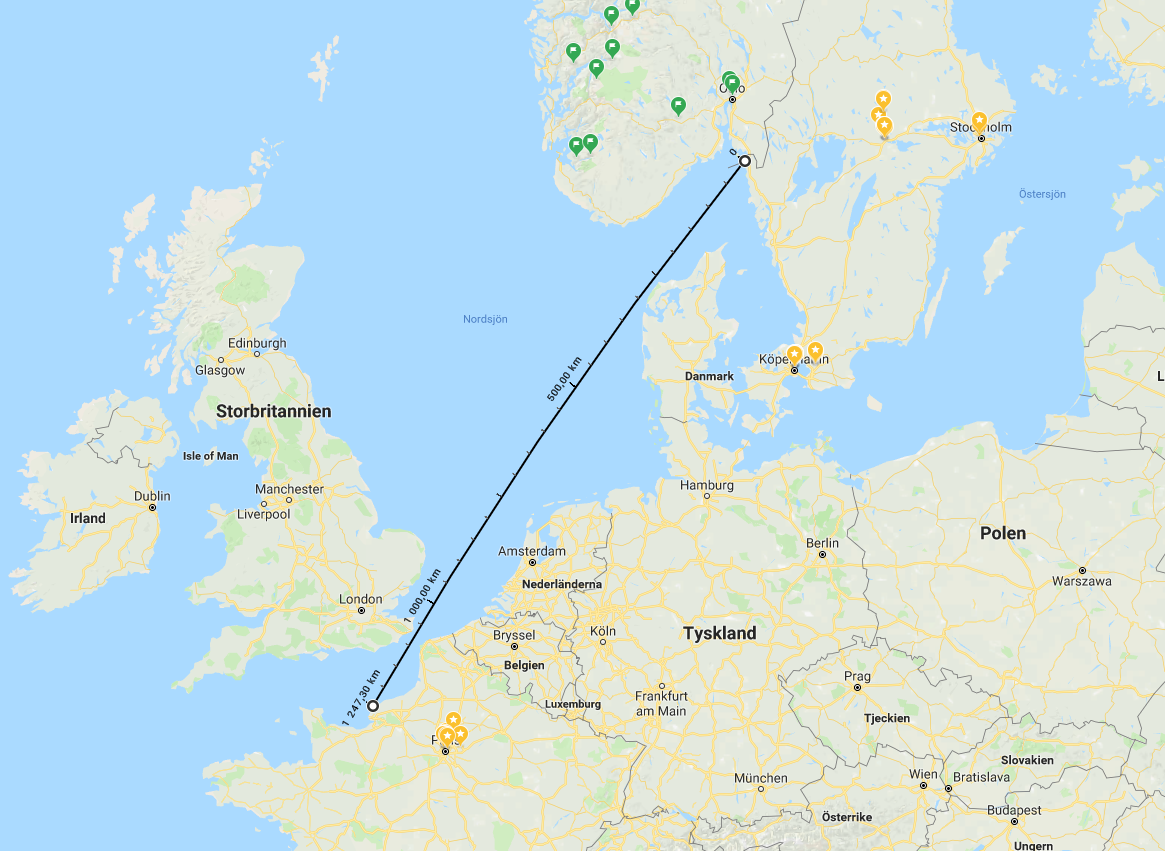 When looking at this map, you may find yourself wondering why you’ve never heard of the country Tyskland. In all likelihood, you have. Think sauerkraut, the Autobahn, and large Autumn beer festivals. The text on the map is written in Swedish, a language clearly featuring striking differences from English, and Tyskland means Germany. Conversation in the comments section of this post centered around these language differences and people’s fascination with them much more so than it did around sailing, however, Redditor colcrispy, apparently a very literal thinker, did note that “You haven’t ever sailed if you think you can sail straight anywhere.”

“You cannot sail in a straight line for long regardless of how you’re calculating that straight line. Sailing relies on wind and current, and wind changes,” Redditor chilari clarified. “Even if it doesn’t, if it’s not coming from the right direction for where you want to go (which is generally not from directly behind you), you’ve got to tack or wear to zigzag your way against the wind.” The concept of the map remains true in the planning stages, however, assuming the sailor prefers the fastest route from point A to point B.

If, after your sail, you feel inclined to keep up the fitness-driven adventuring, but want to give those upper-body muscles a break, try this straight line walk from eastern China to West Africa. If you complete both, Matador Network will crown you as the ultimate badass in our “Badass Travelers” series.