ACCORDING to the US Census Bureau, there are currently over 325 million people living in the United States of America, making it the third most populous country in the world behind China and India. However, the distribution of this population is very irregular.

Reddit user StarboardCapsized created the map below to display the incredible disparity in population density between each US state. In this infographic, the US States are scaled proportionally to population density. 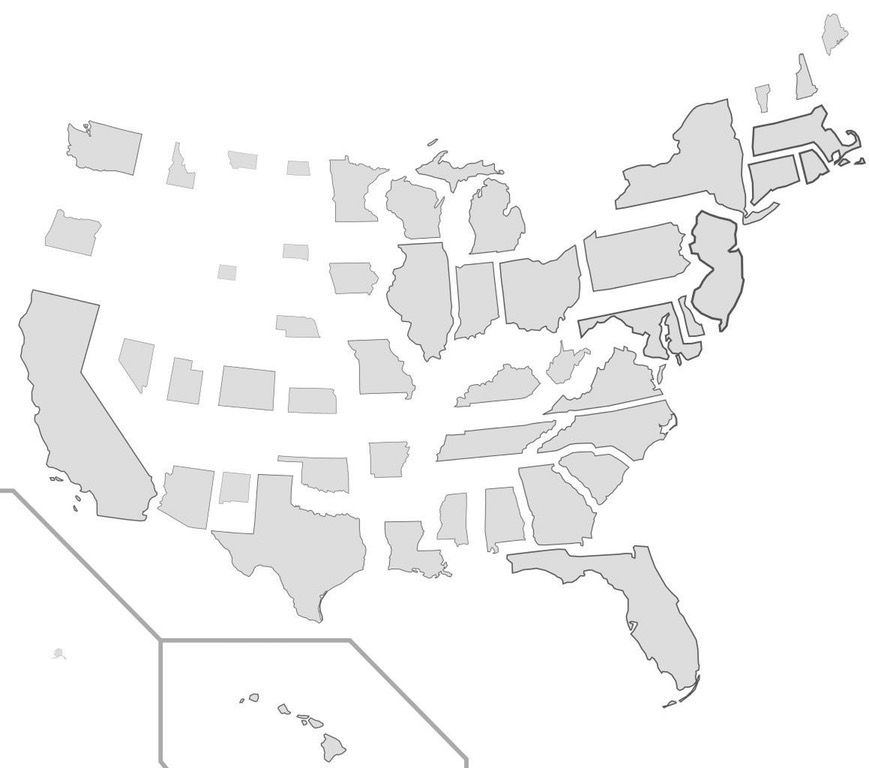 Alaska and Wyoming are barely visible, New Jersey and Florida are very plump, and Rhode Island has never looked so big.

Do you live in the US? If yes, is your state sparsely populated? Let us know by leaving a comment.