Despite being so technologically advanced there are still places in the United States that are untamed. Hostile terrain and wild expanses (mountain ranges, deserts, floodplains, and swamps to name a few) make it virtually impossible to inhabit such places. That plus our National and State Parks, which are federally-protected lands, means there are decent sized pockets of our country that remain pristine and relatively untouched. For some travelers, sticking to the well marked trail is more their pace, but for the modern day pioneer, there are plenty of places to disappear into and explore.

If you’re the later kind of traveler, then you’ll enjoy this map. Using data from the 2010 Census, modern day cartographer, Nik Freeman, created this map. Using a “Block”, which is the smallest area unit used by the US Census Bureau, Freeman colored in each of the 11,078,300 Census Blocks with one of two colors: white for inhabited Blocks, and green for uninhabited Blocks. 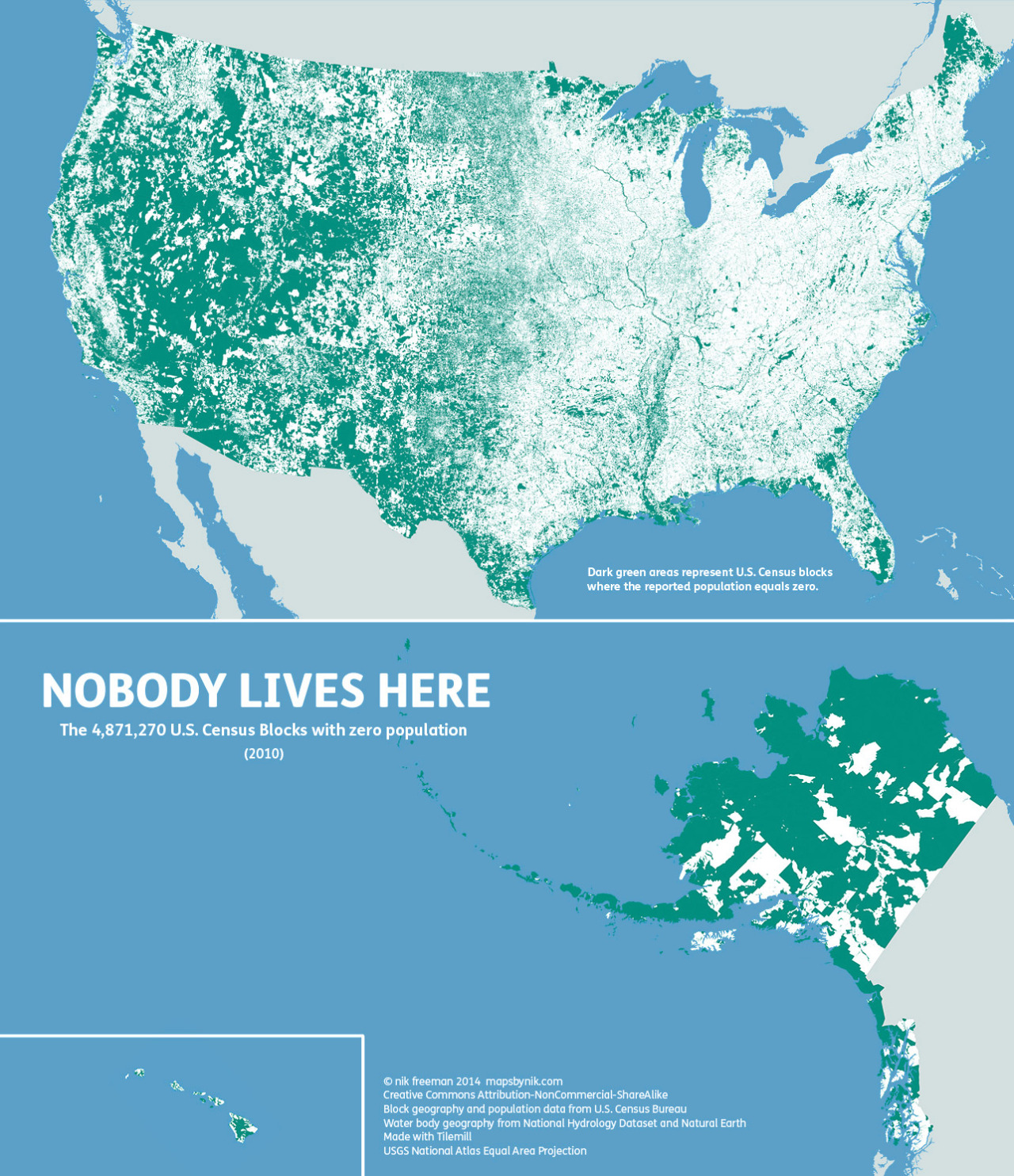 What he discovered from this tedious process was unexpected. Out of all of those Census Blocks, 4,871,270 Blocks had no population living inside of them. Not a single soul. Broken down, it means that 4.61 million square kilometers are uninhabited. That’s 47% of the United States of America!

I guess the 310 million people living in the other 53% of the United States either have to get along. Personally, in this political climate, becoming the mayor of Nowhere is becoming more and more enticing.

You can read more about this map by visiting Nik Freeman’s Tumblr.