When I moved to Denver two years ago from New York City, I kept hearing two common phrases. The first is that Colorado gets more than 300 days of sunshine (which is actually a myth), and the second was that although the summers are hot at least it’s a dry heat. And there’s no arguing on that last point. According to an analysis of the most humid cities, Colorado’s most humid city in the state is dryer and less humid than any other state in the country even on its muggiest day.

The air quality experts at House Fresh crunched humidity data from WeatherSpark.com on the most humid day in 18,830 cities around the world. More specifically, the data was on the humidity comfort level, which is measured by the dew point. The lower the dew point, the more dry it feels.

Perhaps this shouldn’t come as a surprise, but all of the most humid states are in the South. The influence of the Gulf of Mexico is especially prevalent. 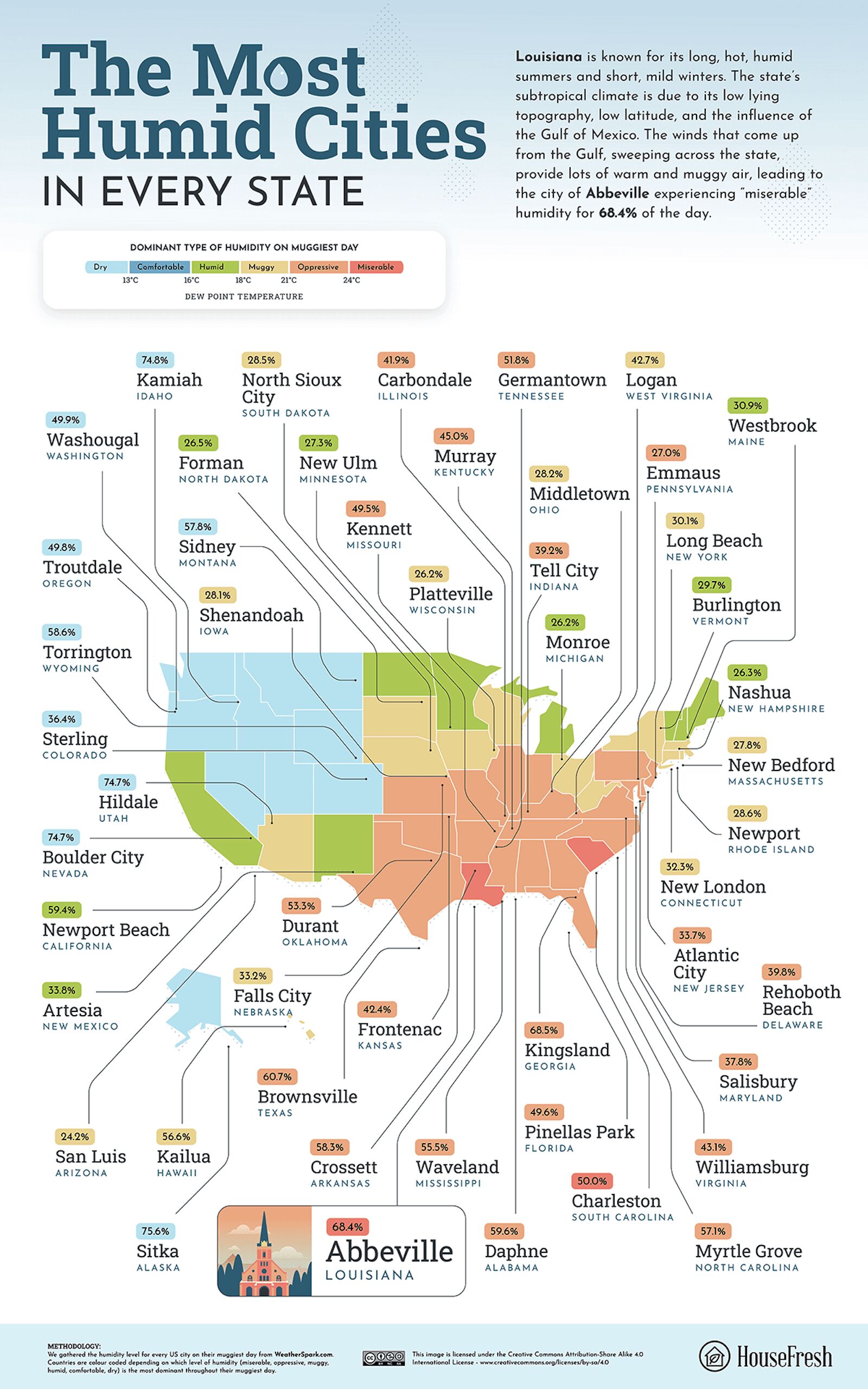 The five most humid states in the United States

On a city specific level, Florida by far has the muggiest cities. The top 20 most humid cities in the country are all in the Sunshine state. Florida is closer to the locations with higher humidity near the equator. It’s the only continental state with a tropical climate and coral reef, and is bordered by the Gulf of Mexico and the Atlantic Ocean.

The most humid cities in North America

For the full data set, including the most humid cities in the world and by continent, head to House Fresh.

NewsThis Map Shows How To Stay in Perfect Weather All Year
Tagged
Maps + Infographics Travel United States
What did you think of this story?
Meh
Good
Awesome