Wild horses roaming free on a beach might sound like a scene off the cover of a pulp romance novel, but on the Maryland coast, it’s a reality. The Assateague Island National Seashore, along the border of Maryland and Virginia, is part of the National Park Service system and was established in 1965 to help preserve the barrier island. The northern two-thirds of the island falls on the Maryland side, while the southern third of the island is in Virginia. The seashore is home to beaches, a pine forest, migratory seabirds, eagles, and a lighthouse, but the area is first and foremost famous for its wild horses.

It’s not quite clear how the horses first came to the seashore, but according to legend, they arrived on a Spanish galleon that was shipwrecked along the mid-Atlantic coast. The less romantic, but more probable, explanation is that they came from landowners in the 17th century who kept their horses on the island to avoid paying a fence tax.

Wherever they came from, the horses are split into two herds — one on the Virginia side, and one on the Maryland side — that are separated by a fence along the state line. The Maryland herd is managed by the National Park Service, while the Virginia herd (called the “Chincoteague” ponies) is managed by the Chincoteague Volunteer Fire Company and grazes on the Chincoteague National Wildlife Refuge. On the Maryland side of the line, horses also graze in Assateague State Park, which is part of the island.

“These horses are wild,” says Liz Davis, chief of interpretation and education at Assetague Island National Seashore. “That’s what makes them special. They have lived for centuries on the island. They are resilient and adapted to life here.”

As wild horses, they are tough by necessity, having learned to survive in a harsh environment with often extreme temperatures. Seeing Maryland’s wild horses in their natural habitat is a beautiful experience that truly feels like you’ve stepped into the pages of a beach read.

How to get to Maryland’s wild horse beach 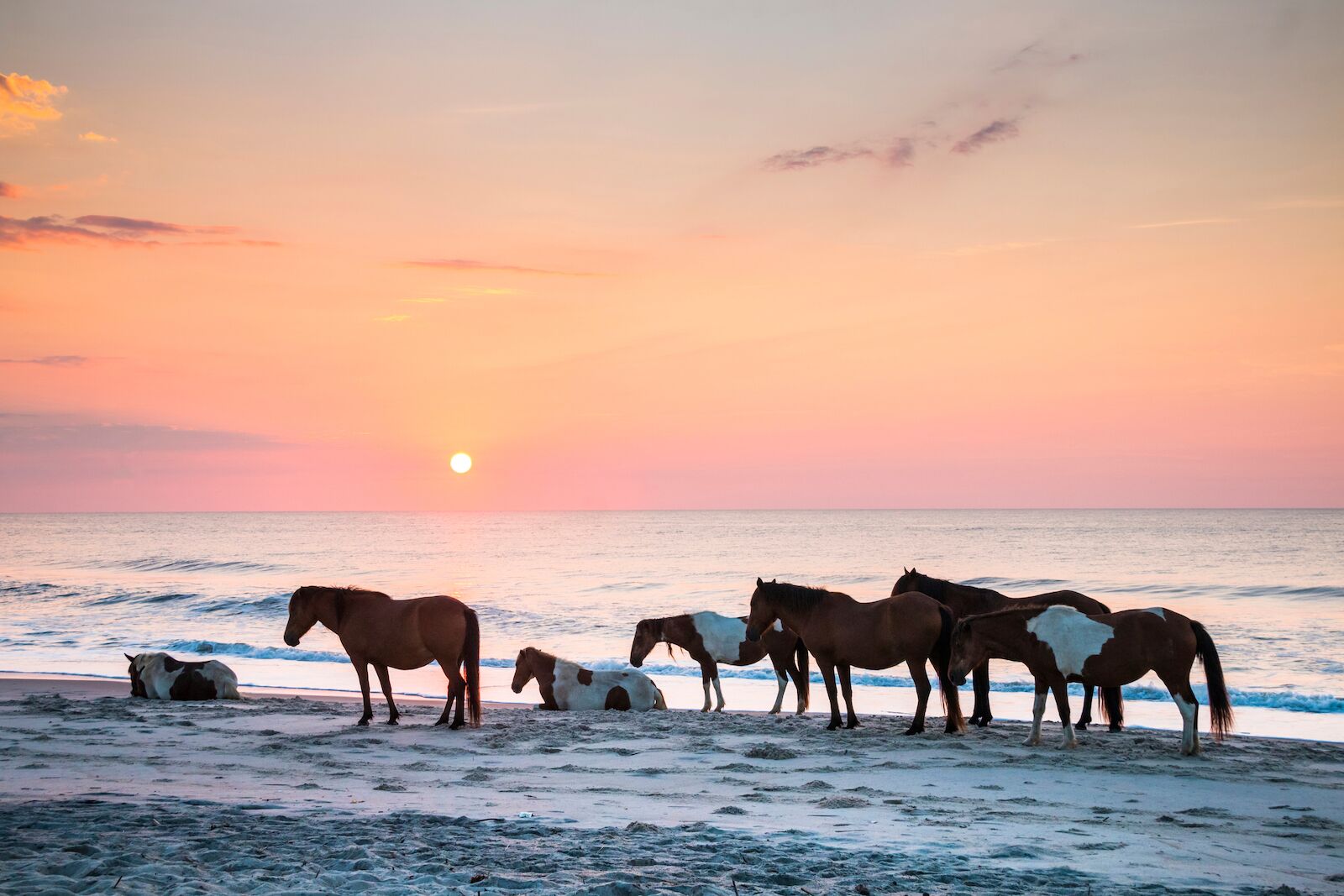 When you hear the word “island,” the first thought tends to be, “oh boy, how do I even get there?” Luckily, Assateague Island is a barrier island, meaning it’s connected to the mainland. At 37 miles long, it’s the largest natural barrier island ecosystem in the mid-Atlantic states. You can either take the Verrazano Bridge from Maryland or the John B. Whealton Memorial Causeway from Virginia to reach the island. It’s less than a three hour drive from Richmond, DC, Baltimore, and Philadelphia, so it’s pretty accessible no matter where you’re coming from.

Once you’re on the island, you’ll find getting around pretty easy. Though 37 miles long, it’s only a mile wide, so you’re never far from a beach. Most people explore the island by hiking, kayaking, riding OSVs (Over-Sand Vehicles), or horseback riding (not the wild horses).

Things to know before going to Maryland’s wild horse beach 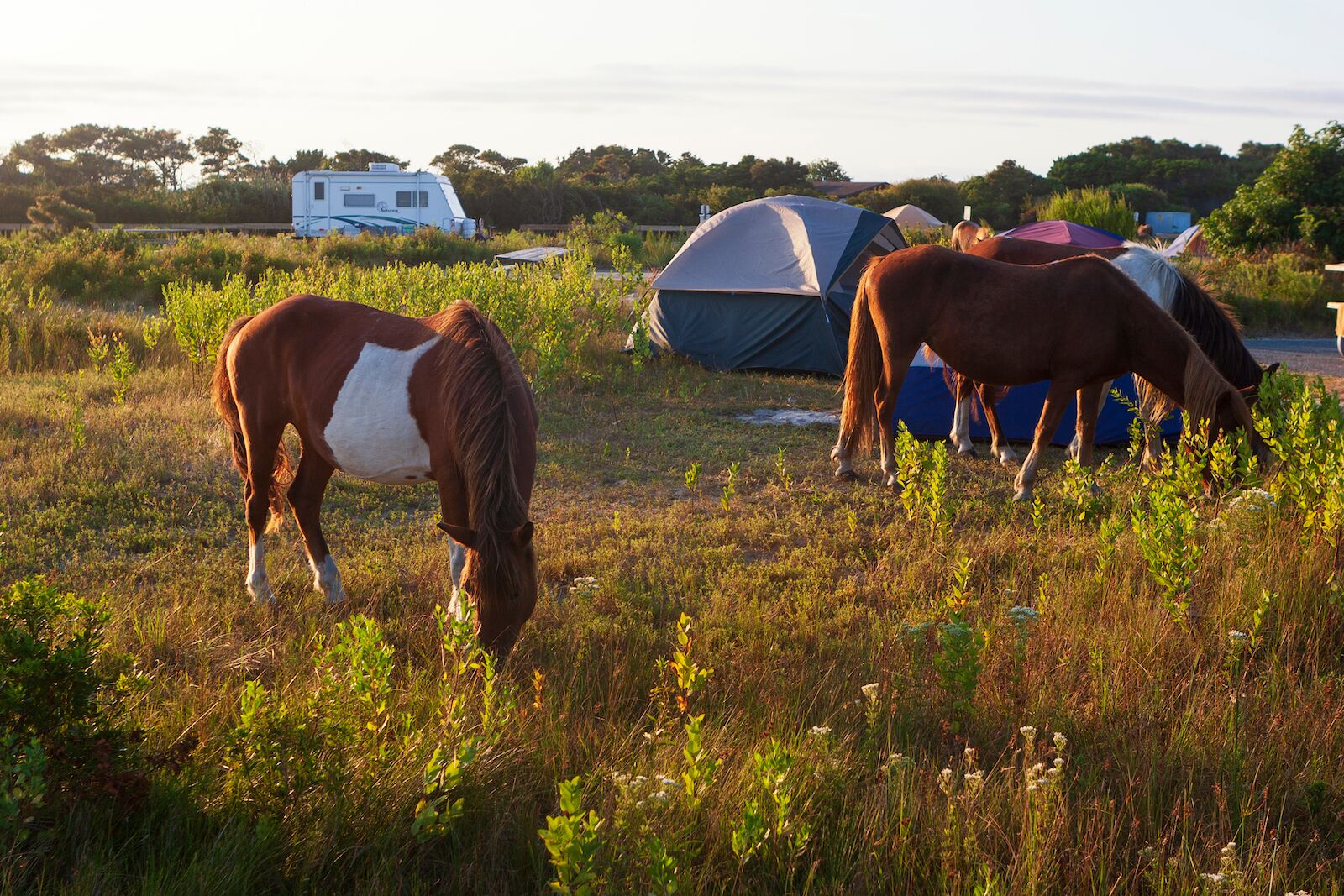 This isn’t the Outer Banks. There are no hotels here, and Airbnb options are few and far between, which means you’ll likely be camping. Car camping sites are available by online reservation, though note that weekend and holiday slots are often taken pretty quickly. Backcountry camping is also available, as well as camping on the beach or bayside with views of the grazing horses.

It’s important to remember that these are not domesticated horses. They’re wild, and potentially dangerous to visitors. “Keep at least 40 feet away,” Davis says. 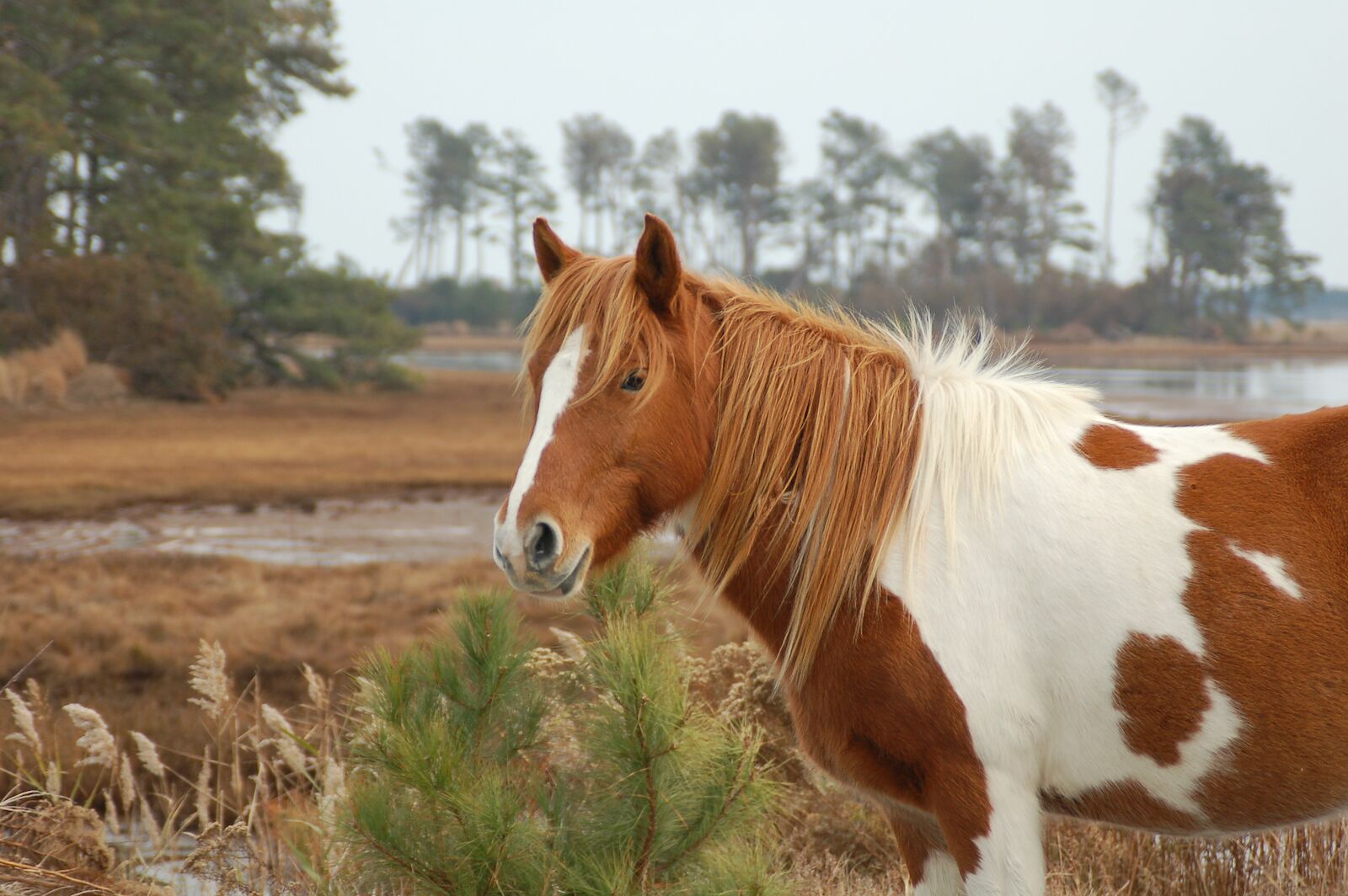 To avoid getting bitten or kicked, do not feed or pet the horses. Rangers can ticket you for getting too close to them. Horses might also get sick from human food, so it’s best to play it safe and avoid feeding them.

There are approximately 300 ponies living on the island, and you’ll see them all over, from the campgrounds to the marshes to the side of the road. Since you can’t get too close due to safety and geographical restrictions, bring a pair of binoculars to enjoy them from afar.

Things to do on Assateague Island

If you prefer to take a more active approach to your wildlife experience, saltwater fishing is another popular island activity. Anyone in possession of a fishing license is free to cast a line and hope for a bite from kingfish, flounder, striped bass, bluefish, or drum. While you can fish from a kayak while exploring the island, surf fishing from the beach is the most popular approach.

The island is more than just wildlife, too. On the Virginia side of the island you’ll find the Assateague Lighthouse, a 142-foot tall lighthouse built in the mid-1800s that has panoramic views of Assateague and Chincoteague Island from the top. It’s open on weekends from April through November, between 9 AM and 3 PM, free of charge.

Outdoor8 Places To See Wild Horses in North America
Tagged
Beaches and Islands Wildlife
What did you think of this story?
Meh
Good
Awesome