While it’s obviously a good excuse to dress up in a colorful costume, the class is more than just a photo-op. Led by a “professional mermaid,” the classes are a great underwater workout and include a variety of exercises.

Hotels.com first conceived these mermaizing classes after a survey that concluded just how much people enjoy dressing up, and indulging in fantasy. The study found that more people would be likely to take part in a mermaid-themed workout at a hotel than hot yoga or Barre — which makes sense, since an underwater mermaid class sounds a whole lot more appealing than yoga in the sweltering heat. 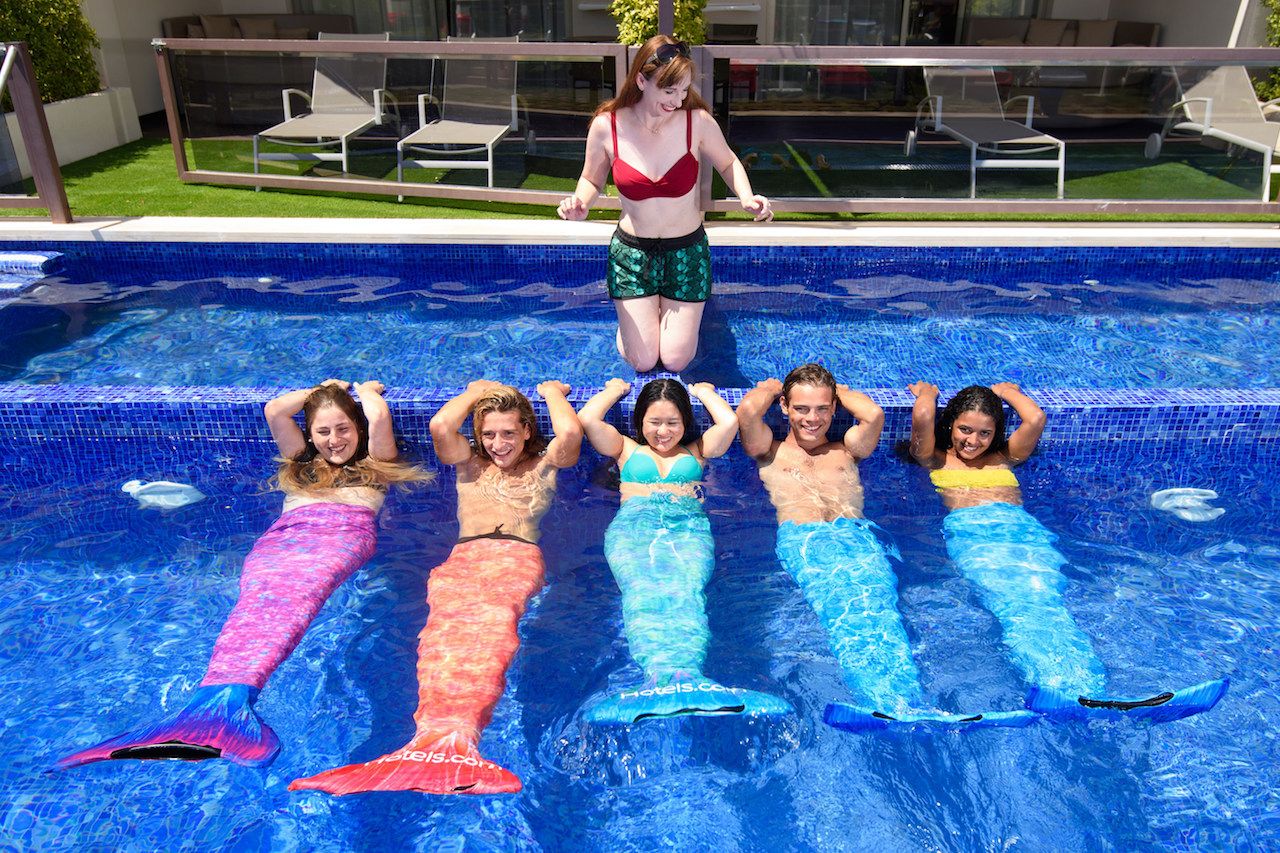 The special classes will be held at the Zafiro Palace Palmanova hotel in Mallorca from September 20th-22nd, the Kanucha Bay Hotel & Villas in Okinawa, Japan from September 17th-21st, and the Camino Real Polanco Mexico in Mexico City on September 1st, 8th, 15th, and 22nd.

WellnessWhere To Travel Around the World if You’re Addicted To CrossFit
Tagged
Lifestyle Wellness
What did you think of this story?
Meh
Good
Awesome