In 2001, Mexico’s tourism department launched the Pueblos Mágicos program to help generate tourism in rural areas. Huasca de Ocampo in the landlocked Hidalgo state was the first town awarded magical status. The list grew steadily until 2010 when the program was relaunched with more government support to help increase the tourism infrastructure in designated towns. Today, there are 132 pueblos mágicos spread across Mexico’s 31 states, including 11 new additions that were announced earlier this year.

The criteria to become a magical town is relatively straightforward: Destinations must have a population of at least 5,000, be in reasonable proximity to a bigger city, and offer touristic value. Towns must also appoint a committee to submit a plan for developing tourism with their application. Once approved, this committee is also responsible for maintaining the town’s designation. In return, the Pueblos Mágicos program aims to spotlight the unique cultures, histories, crafts, festivals, and landscapes of its featured destinations.

A handful of Mexico’s magical towns likely ring a bell: Tulum, Sayulita, and Isla Mujeres among them. Most, however, are probably unfamiliar to the average traveler. Whether you’re mapping the ultimate Mexican itinerary or daydreaming about lesser-known destinations, we’ve rounded up seven of our favorite pueblos mágicos to inspire your next visit to Mexico. 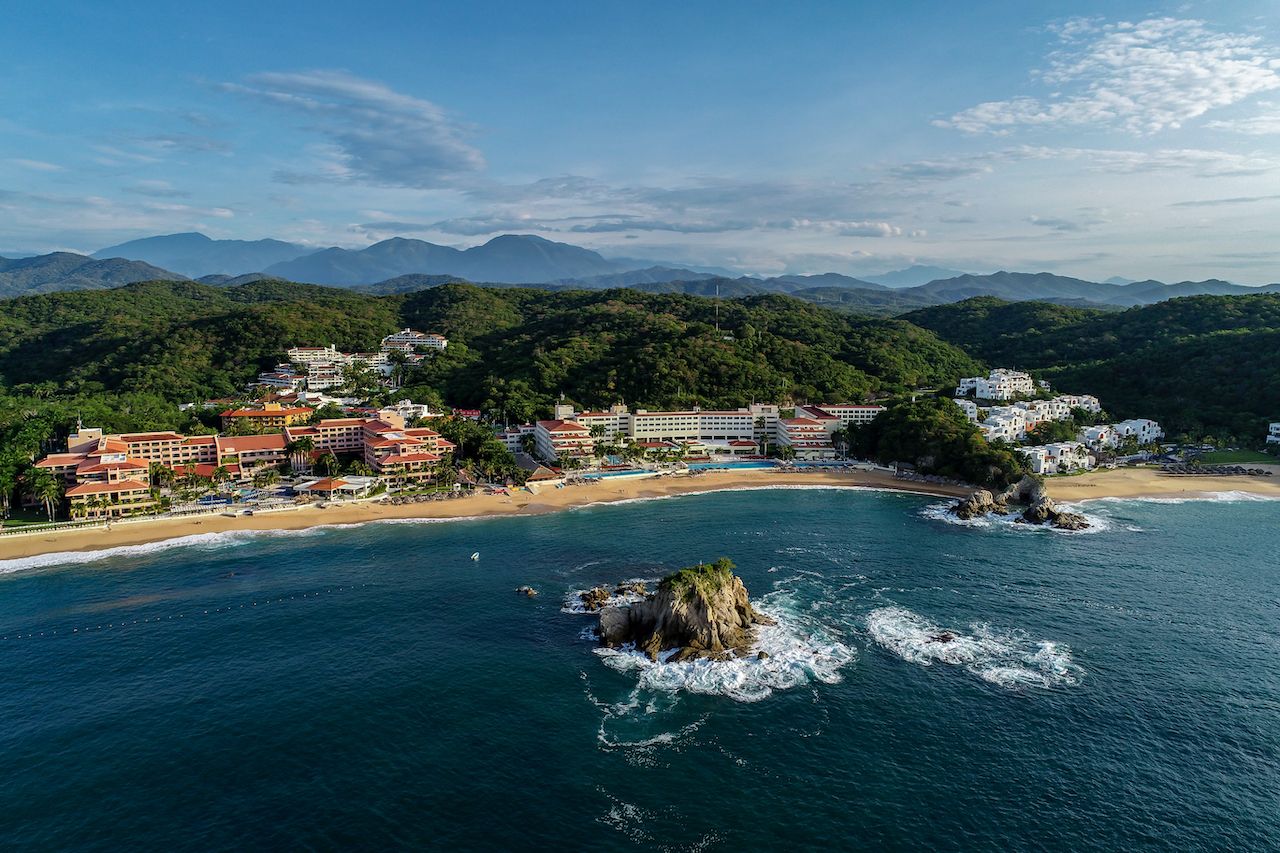 Mazunte is a beach town with tons of tourist appeal but surprisingly few tourists. It’s a hit with surfers and New Age types, with everything from yoga retreats and reiki studios to tattoo parlors, falafel spots, and eco-friendly cabins to keep travelers cozy.

Beyond the sun, sand, and surf, visitors enjoy basking in the scenery from the Punta Cometa lookout and watching for extraordinary sea life. Home to the National Mexican Turtle Center, Mazunte sits on some of the prime nesting beaches for the many sea turtle species that call the Mexican coast home. Dolphin, whale, and manta ray sightings are also common here, as a bonus. 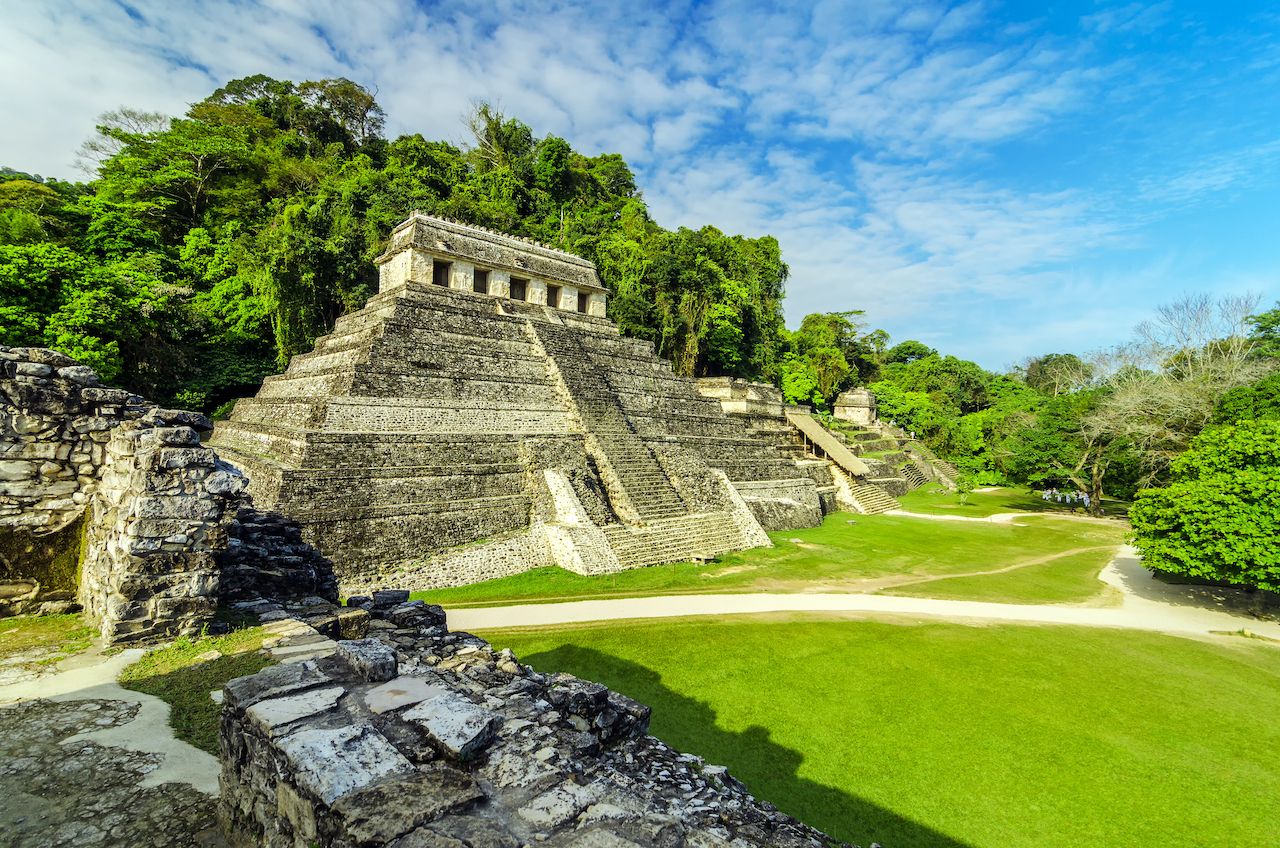 Downtown Palenque is charming if a little underwhelming. The real draw to this altiplano town is the nearby Mayan temple complex, which has one of the finest examples of Mexico’s pre-Colombian architecture. Smaller than Chichen Itza, the ancient three-level city is no less impressive with over 1,000 limestone palaces, tombs, temples, pools, courtyards, and other structures, plus notable stucco artifacts and low-relief carvings.

Eight small rivers flow through the ancient city, but if it’s refreshing water you’re after, save some energy to explore the area’s waterfalls. Several falls, each a different size and shape, surround Palenque. We recommend Roberto Barrios if you only have time for one. 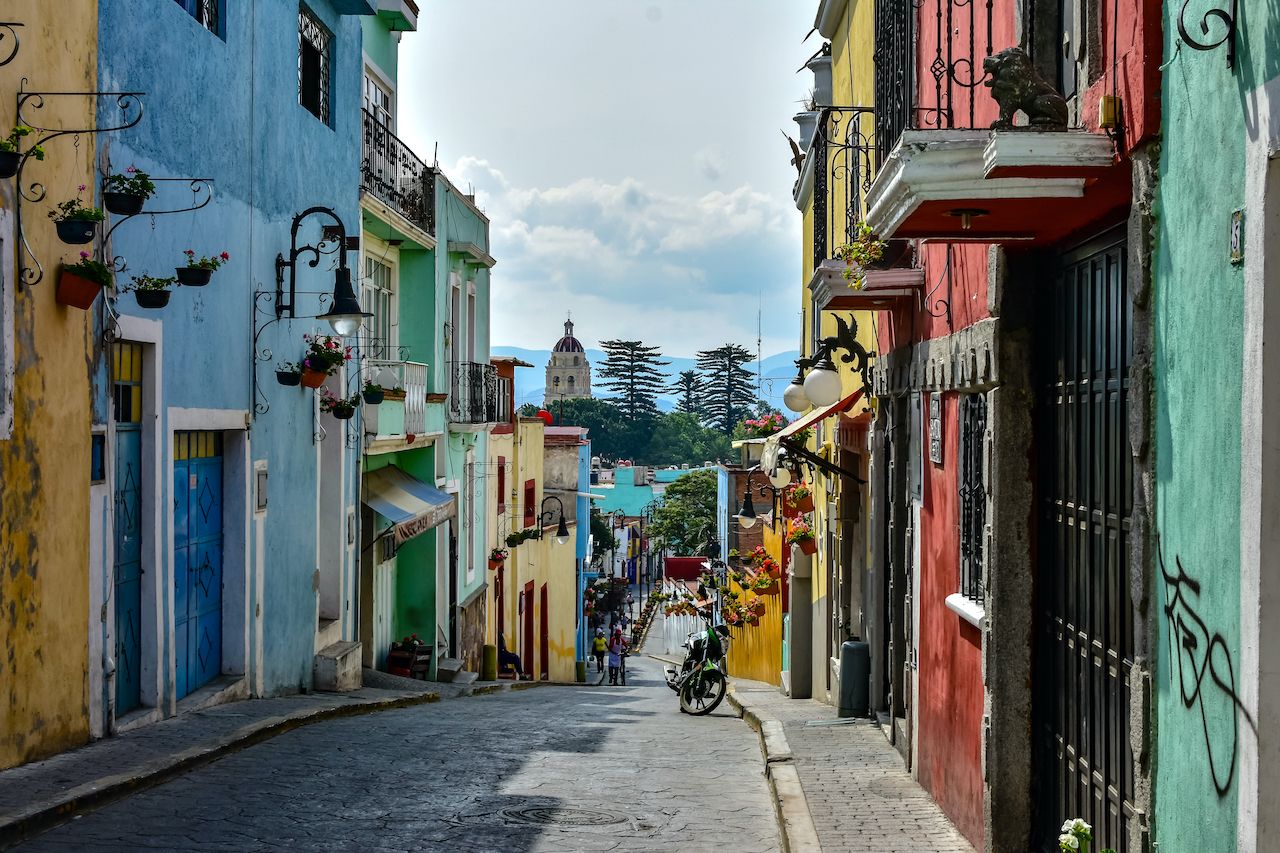 Around Mexico, Atlixco is famous for a few reasons: It sits at the feet of twin volcanoes Popocatépetl and Iztaccíhuatl. It’s one of Mexico’s leading flower producers. And the town’s Marconi Point is among the most active places for UFO sightings anywhere in the world.

Atlixco’s annual flower festival and Christmastime poinsettia fair are two of the best times to see the town in all its floral glory. Holidays like Holy Week and Día de los Muertos also see the streets carpeted in bright blooms. But the biggest celebration is held in September when residents from all over Puebla gather to sing, dance, and observe indigenous culture during El Huey Atlixcáyotl in honor of Quetzalcóatl. This festival also coincides with the annual feast for the patron saint San Miguel, who lent his name to Atlixco’s 18th-century chapel. 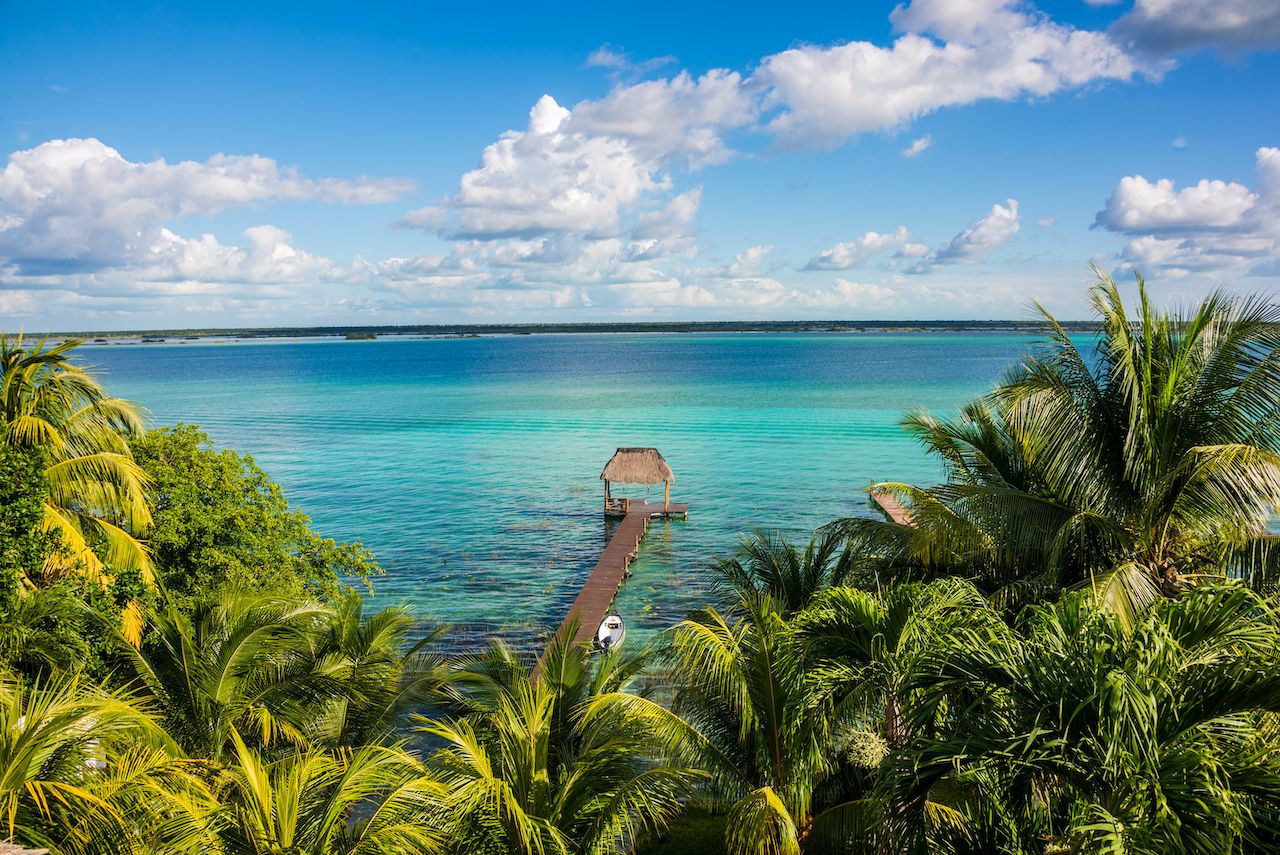 Between Cancún and the Riviera Maya, Quintana Roo has come to define tourism on Mexico’s Yucatán Peninsula. Fewer travelers know that Bacalar is there, too.

Farther down the coast on the Belizean border, Bacalar is often likened to a pre-trendy Tulum. Trips here are about slowing down and tuning into nature, from horseback rides and jungle treks to kayaking the Lake of Seven Colors and snorkeling the lagoon’s seven cenotes. Expect fresh seafood from hipster-free restaurants here, but don’t come to Bacalar looking for nightlife. 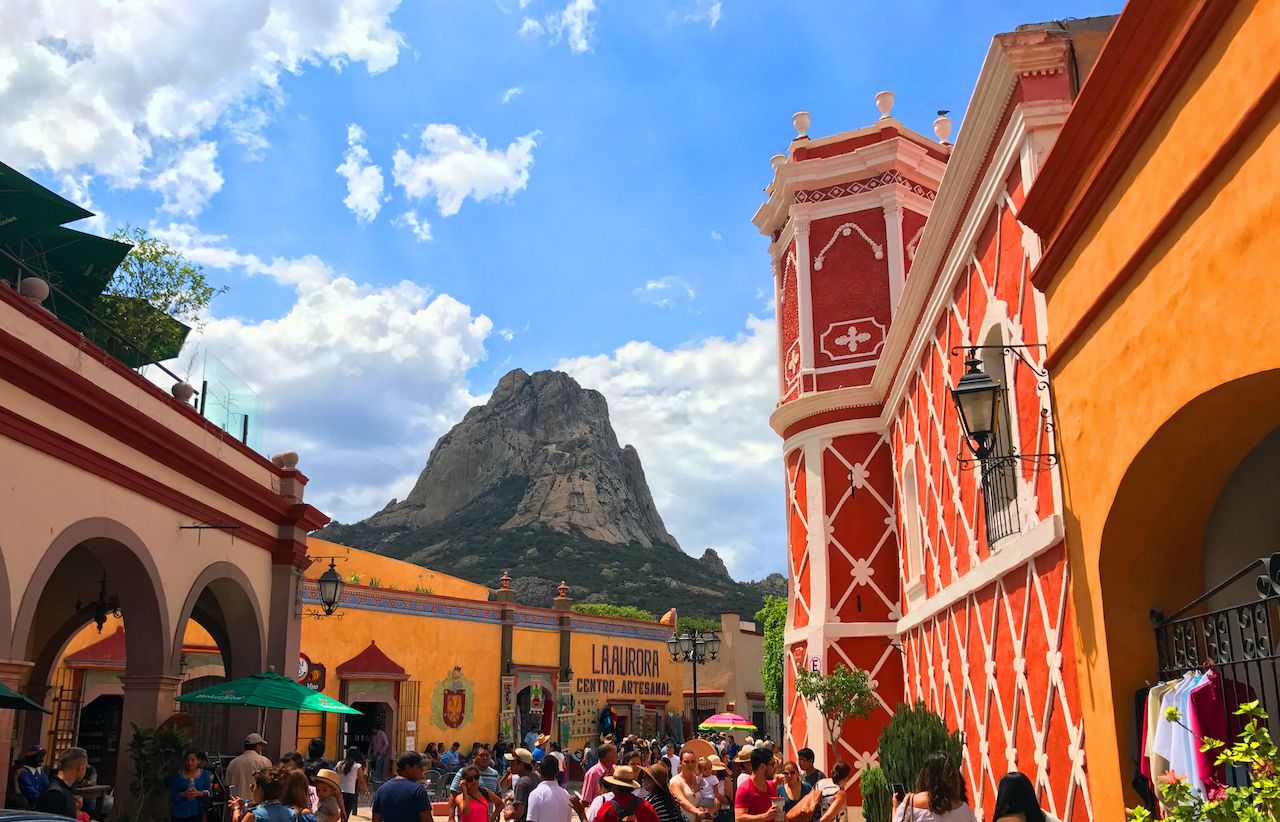 This small town in Querétaro has one monolithic claim to fame: Peña de Bernal, which happens to be the third-largest monolith in the world. Pilgrims hike to the small chapel and pre-Hispanic stone cross at the top, which tourists may also enjoy. Just note that the final stretch is very challenging and requires some technical equipment. Guides are recommended.

Just 2.5 hours from Mexico City, the town for which the mighty boulder is named unfurls along stone lanes, with colorful buildings around every corner. Tasty street treats are equally plentiful. Gorging on gorditas is a must in Bernal, as is sampling as much of the local candy as you can stomach. For the cherry on top, admire even more desserts at the town’s sweets museum. 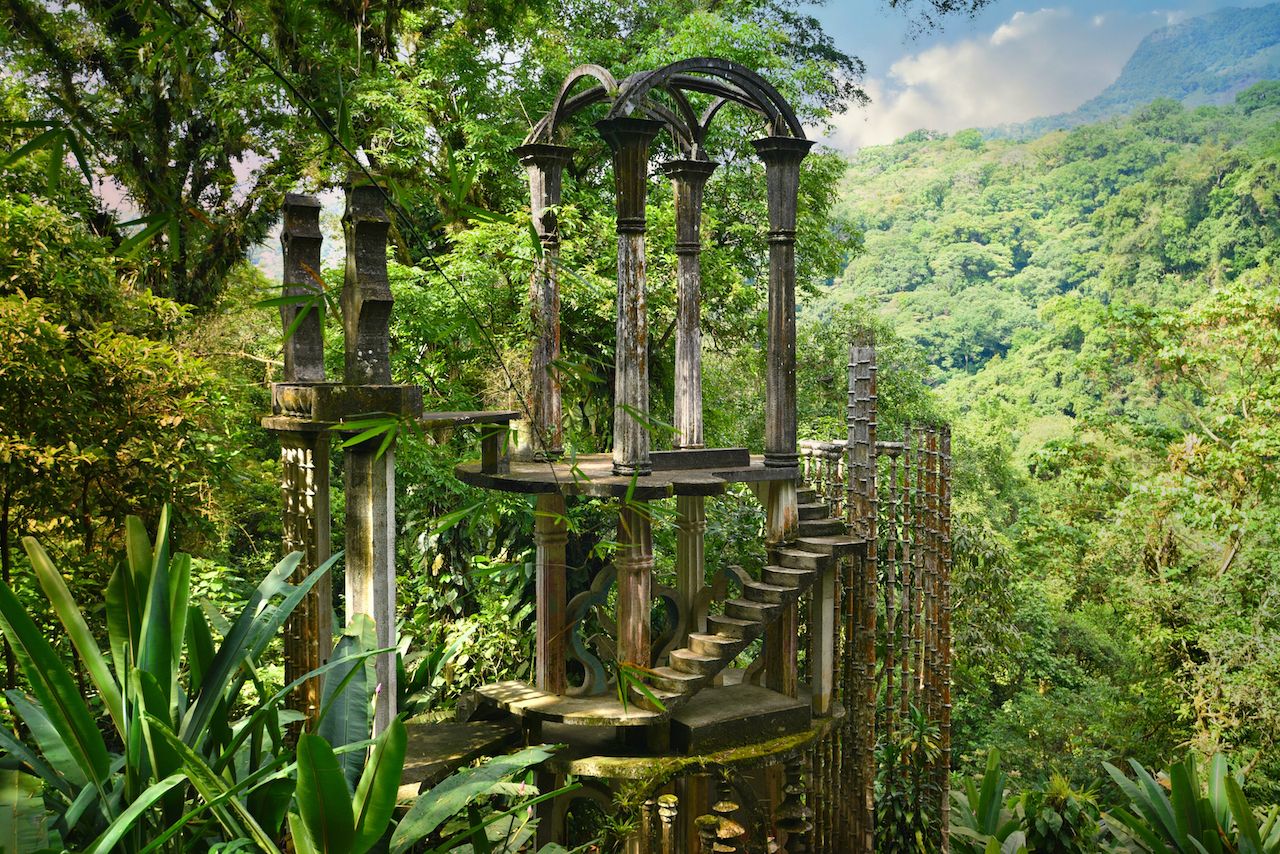 Las Pozas builds on Xilitla’s natural beauty by weaving surreal, temple-like structures into the waterfall-laden surroundings. If touring the enchanting garden only makes you want to dive deeper into the scenery, Xilitla also caters to the adventurous crowd with opportunities to hike, mountain bike, rappel, raft, and more. If you can do it in the jungle, you can do it here. 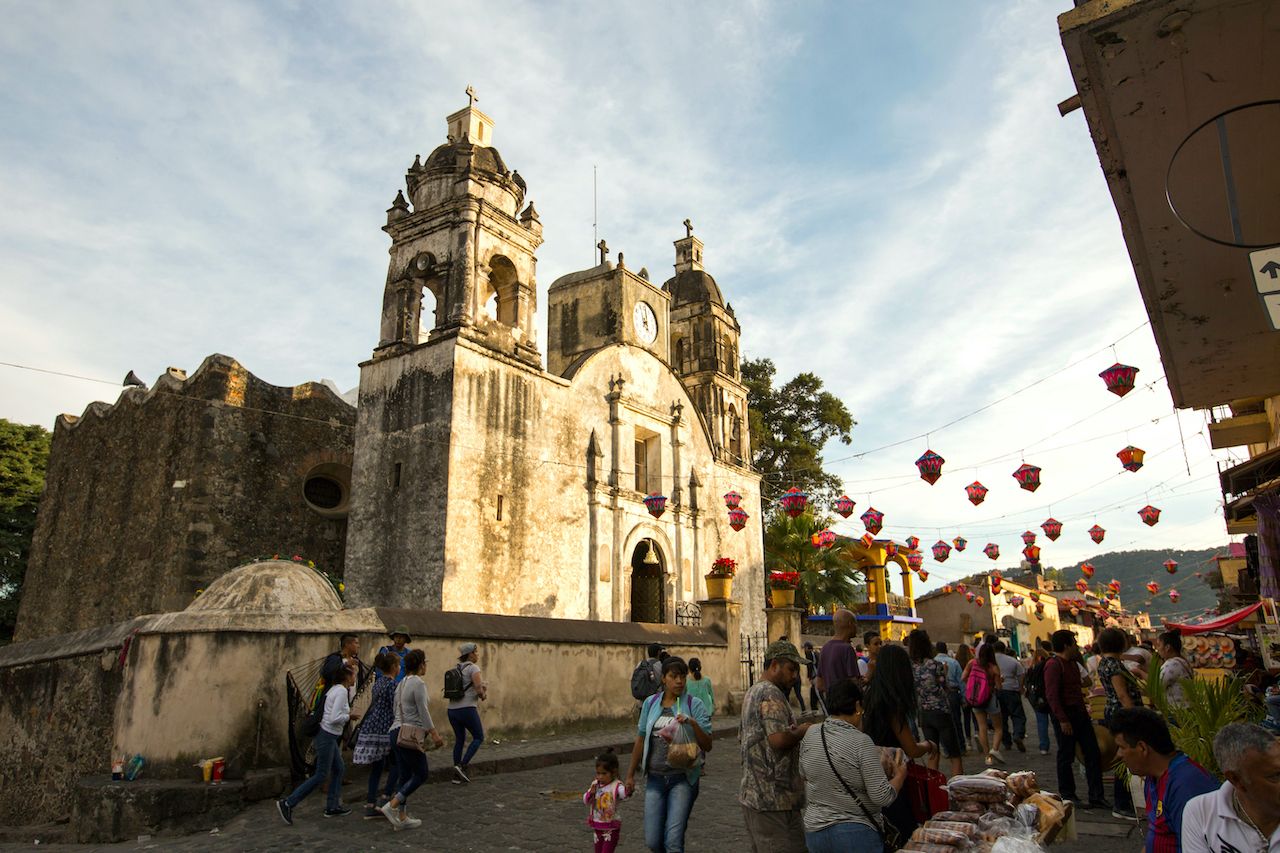 Tepoztlán was among the first towns to earn pueblo mágico status. According to legend, it’s believed to be the birthplace of Quetzalcóatl, the Aztec serpent god. A small temple atop the Sierra de Tepoztlán also honors Tepoztecatl, the god of pulque, an ancient alcoholic drink.

Following a brief hiccup in 2009 when it lost its designation, Tepoztlán was reinstated as a pueblo mágico in 2010 owing to its thriving indigenous culture. Not only are you likely to encounter Náhuatl speakers here, but the weekly craft market has also been called the best in central Mexico. You can even taste pre-Hispanic recipes like tlaltequeadas there.

Elsewhere, Tepoztlán is a holistic center with masseurs, tarot card readers, and seers. And if that’s not your thing, we dare you not to be wowed by the views at El Tepozteco National Park.

Art + Architecture7 of the Most Beautiful Small Towns in Mexico
Tagged
Travel Mexico
What did you think of this story?
Meh
Good
Awesome