Sometimes, headlines can be a little extra.

And while the headline isn’t inaccurate per se, it paints a rather alarmist picture of what’s going on along the Gulf of Mexico.

If you missed it, Mississippi closed the waters of its beaches as the result of an algae bloom from the Mississippi River, which flowed into the Gulf of Mexico in June. It stemmed from this spring’s intense flooding along the river, causing water to be released from the Bonnet-Carre Spillway. That water contained nutrient-rich fertilizer, which the algae fed off and thrived.

The algae, known as cyanobacteria, can cause issues like rashes, stomach cramps, vomiting, and diarrhea.

When it hit the Gulf, the state prohibited swimming and warned against eating seafood caught immediately off the Gulf Coast. The panic surrounding the warnings has led to a good amount of misinformation, or at least false perceptions. And those looking to head to the 26 miles of uninterrupted white sand should probably know what’s true and what’s not before canceling their vacation. 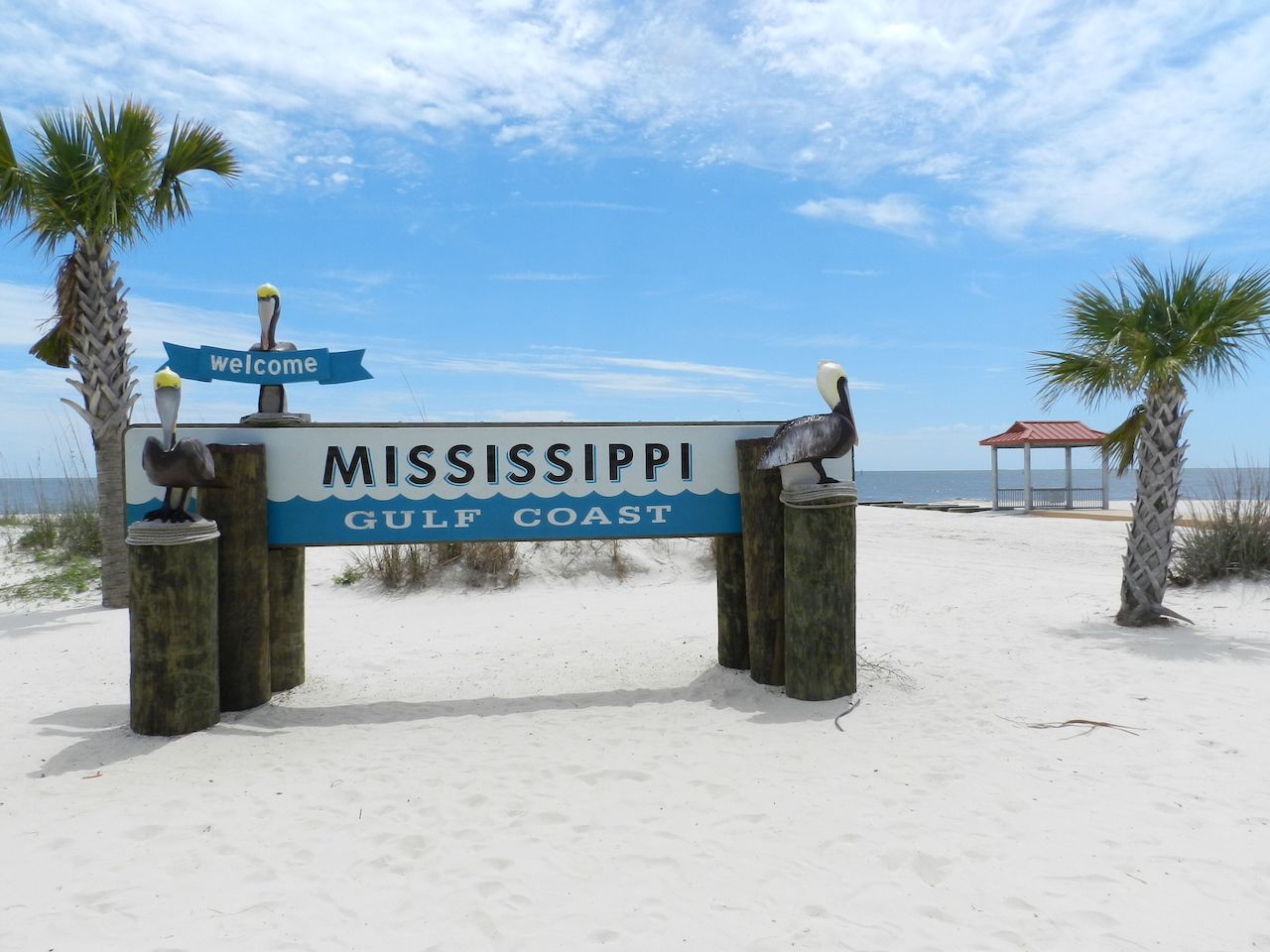 Truth: False. Well. If you’re the type who goes to the beach to lay in the sand, read a book, and avoid the water because you just spent a lot of money getting your hair cut, you’re going to be just fine. The white sandy beaches are still open, you just can’t go in the water. If you’re hellbent on going into the water, you can still take private charters or the public Ship Island Excursions ferry out to Mississippi’s barrier islands, where the beaches are better anyway. Think the Florida panhandle, minus the highrises.

Claim: People have been getting horribly sick from the water.

Truth: False. There has not been a single reported case of diarrhea, vomiting, or severe skin rash resulting from the algae. That doesn’t mean it hasn’t happened, but nobody has gotten sick enough to require medical attention so nothing has been reported.

Claim: You can’t eat any seafood in the Gulf Coast.

Truth: False. You can still eat plenty of seafood, just not the stuff caught immediately off the coast. Seafood sold in stores or in restaurants is examined and inspected for safety, and though it might not be caught within site of your table, it’s still fresher than it would be in, say, Indiana.

So, basically, not only can you eat fish in Mississippi, if you’re willing to venture out a little farther, you can catch it too.

Claim: The water is filled with flesh-eating bacteria.

Truth: False. One report from a Fox affiliate in Memphis alluded to the waters containing Vibrio, a germ that is sometimes put in the family of flesh-eating bacteria. While the waters off Mississippi don’t necessarily contain Vibrio, it’s also not a flesh-eating bacteria. The Fox report went on to say infections were rare from it in healthy individuals, and were typically limited to redness around an existing cuts, or blisters.

Claim: The beaches will still smell terrible because of the algae bloom.

Truth: False, in this case. Algae blooms like Florida’s red tide last fall do, in fact, make beaches smell awful. Most of this is due to dead fish washing up on shore or lingering in the water. The algae itself has no toxic odor. Such is the case with the blue-green algae off Mississippi’s coast, which has left no noxious odor in the area. So as long as you stay out of the water, you’ll be fine.

Claim: Algae blooms infect the air and make you cough, sneeze, and sound like a lifelong smoker.

Truth: False, in this case. That was the case with the red tide, but not the case here. 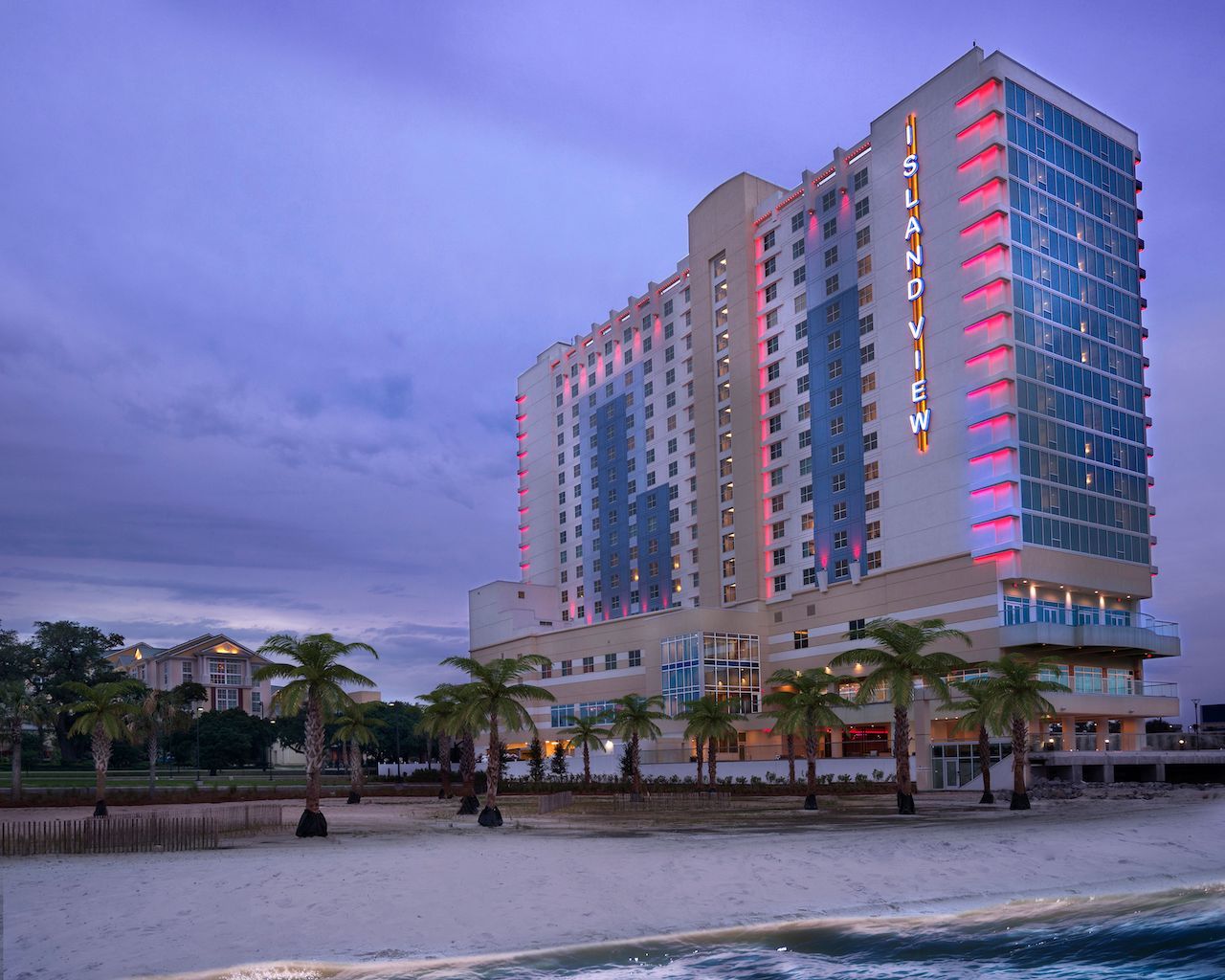 Claim: The tourism industry is getting killed because of the bloom.

Truth: Partly true. As with any public health concern, business has slowed in the region this summer, but that doesn’t mean you won’t still find things to do. The canals and rivers in the backwaters are still safe, where you can kayak, paddleboard, and otherwise commune with the swampy nature that inspired the creation of Kermit the Frog. You can also bar-hop down Government Street in Ocean Springs, play the casinos in Biloxi, or cruise the art galleries in Bay St. Louis like you would normally. The only thing you actually can’t do is swim off the mainland beaches.

The one upside to the bloom is that hotels and other attractions are offering discounts to lure people into town, even without water to swim in. The Grand Magnolia Ballroom and Suites is offering a third off second nights. The Golden Nugget in Biloxi and the Home2Suites in Gulfport cut rates 15 percent. The Bay Town Inn cut its rates a full 25 percent. During the height of high season, that’s a rare but valiant effort in the face of sagging visitation.

Hopefully, the algae bloom goes away soon, and everyone can go back to swimming and eating fish like they have for decades. Though these blooms seem to be getting more common in recent years, they’re still nothing to cancel a vacation over. Just be sure to follow all of the state’s directions, and your Mississippi getaway will be just fine.

10 Unexpected Food Experiences You Can Have in Mississippi

Mississippi Is the Birthplace of American Music. Here's Proof

How To Piss Off Someone From Mississippi

17 Signs You're Back Home in Mississippi

13 Commandments for Dating a Girl From Mississippi