Netflix is taking its comedy brand, Netflix Is a Joke, off the screen and is launching Netflix Is a Joke Fest, a comedy event with over 100 live shows that will take place across more than 20 venues in Los Angeles. The festival will run from April 27 to May 3, and will emphasize performers with a Netflix series or special. 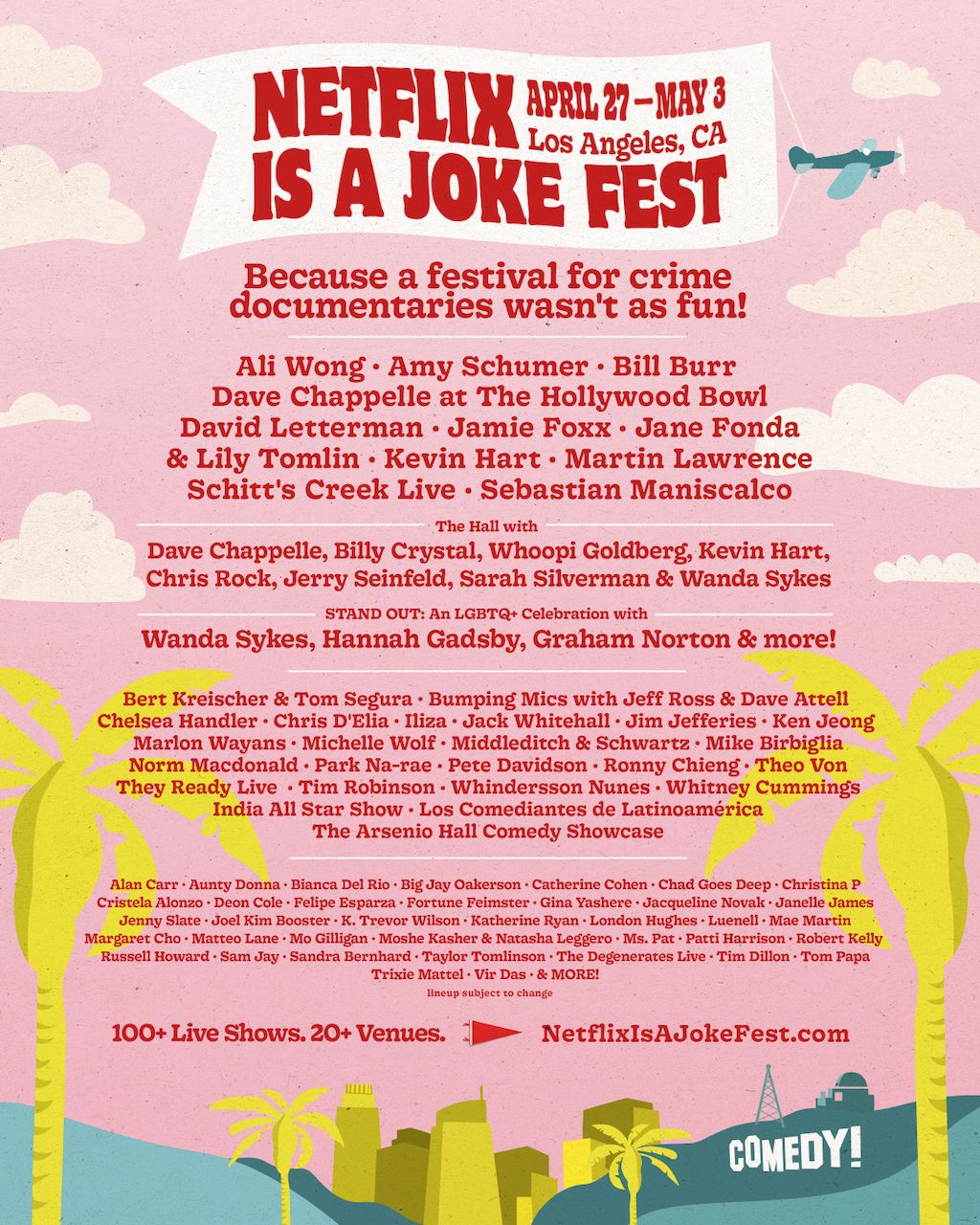 Photo: Netflix Is a Joke Fest

In a statement, Netflix’s Chief Content Officer Ted Sarandos said, “It’s our honor to transform L.A. for one week into the funniest place on earth. This festival is a unique celebration of the art of comedy, and the role it plays in reflecting our lives and defining culture. It’s a chance for comedy lovers to come together and see their favorite artists as well as discover new ones, and for us to be able to share the electricity and excitement of the festival in Los Angeles with Netflix members around the world.”

Venues will include the Wiltern, the Orpheum, the Largo, and the Laugh Factory, among others.

Tickets for Netflix Is a Joke Fest start at $15, and go as high as $500 depending on the performance. Select pre-sale tickets will be available starting Tuesday, March 3, and tickets for all events across the festival will go on sale to the general public beginning Friday, March 6, at 10:00 AM PT on the event’s website. If you’re unable to attend in person, you can catch 11 of the live shows streaming on Netflix at a later date.

Music + NightlifeThe 7 Most Hilarious Venues in Boston To Have a Laugh
Tagged
Celebrities Entertainment Events News Los Angeles, CA, United States
What did you think of this story?
Meh
Good
Awesome