Imagine a place with craggy peaks, alpine lakes, impressive ridgelines, and jaw-dropping cliff faces. For most people, that may bring to mind visions of the Rocky Mountains, North Cascades, or Utah’s Uintas Mountains. I lived in Colorado for almost a decade, and there’s no debating that the Rockies are an incredible place to adventure. But as someone who now lives in New England, I’m confident enough to say that New Hampshire hiking is just as good – if not better – than hiking in the Rockies.

Before any Coloradans get too upset, I’m not saying that the Rocky Mountains aren’t great, or that they don’t deserve the many hiking superlatives tossed their way. But hiking in New Hampshire’s White Mountains is shockingly amazing and, as far as I’m concerned, comparable in terms of scenery and adventure. Here’s why. 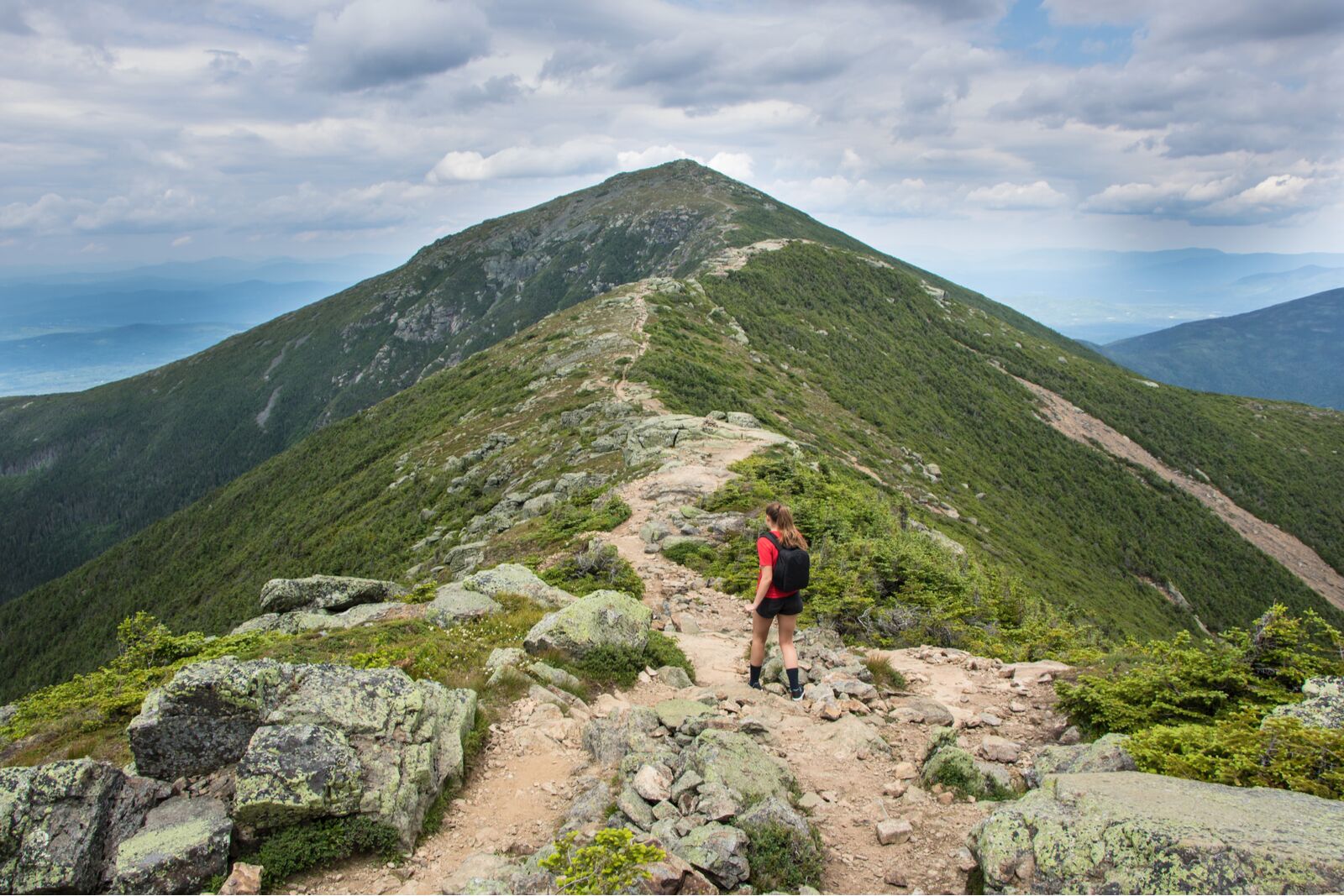 I lived in Colorado for many years, and despite how difficult some of the trails are, the most challenging part of every hike was finding a parking spot at the trailhead for my tiny sedan. Almost every trailhead within a two-hour drive of Denver was jam-packed before 8 AM every day. And when I happened to find a spot, the conga line up the trail was no reprieve from the crowds.

The White Mountains, on the other hand, are surprisingly empty. Of course, certain New Hampshire hikes like Mount Willard and the Flume Gorge get crowded, especially in the fall – also known as leaf-peeping season. Overall, though, the hikes are so spread out in the Whites Mountains that solitude is the norm, not an oddity. 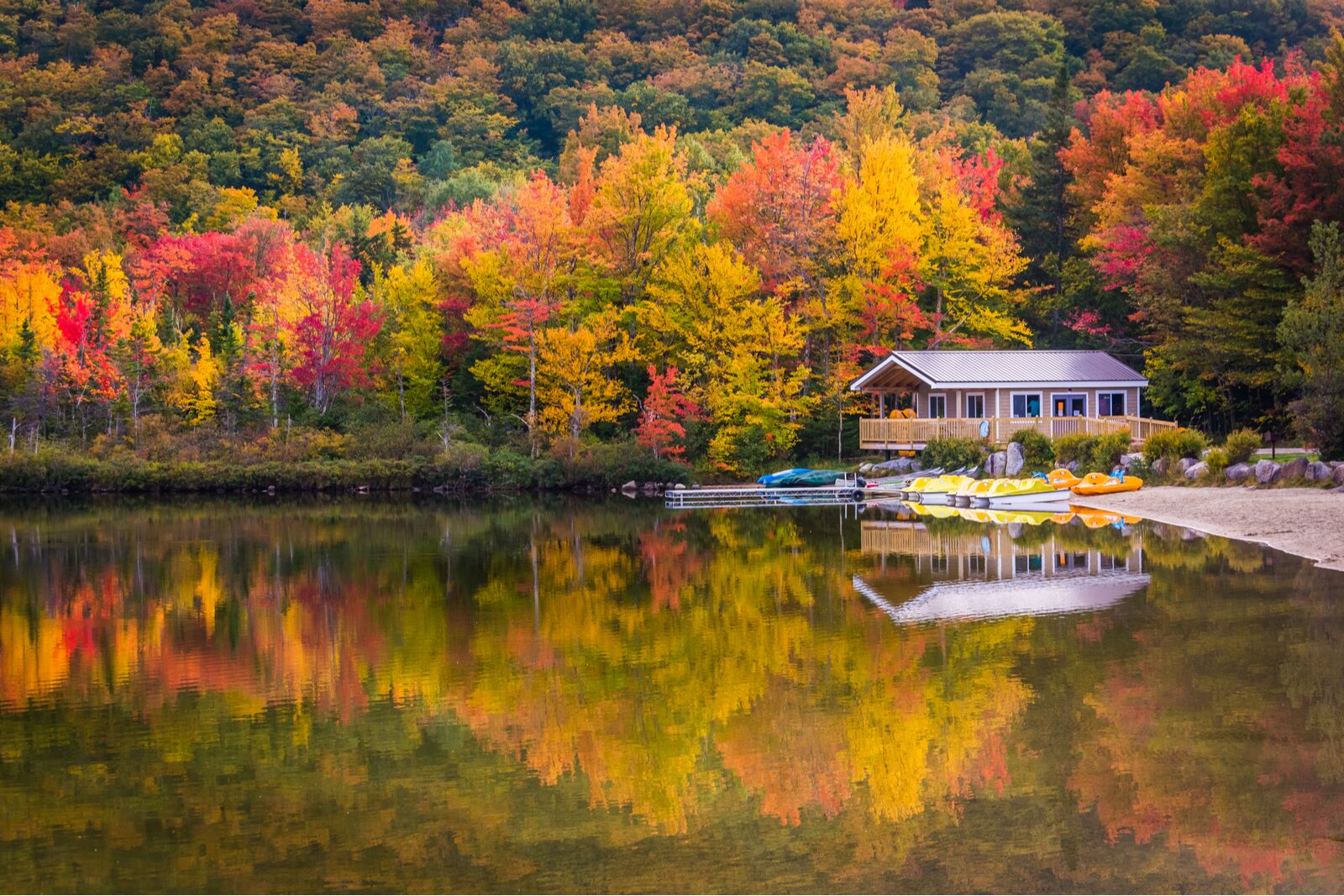 Nothing can compare to New England in the fall, especially in the White Mountains. Fall in Colorado might be striking, but it’s usually two colors: yellow and green. But New Hampshire hiking trails show the entire spectrum of fall colors. A single tree can create a full rainbow of colors: maples vary from yellow to orange to deep burgundy, depending on the species. Add to that yellow birches, orange beeches, reddish-brown oaks, and greens from spruces and pine trees, and you’ve got a full-fledged symphony of color. 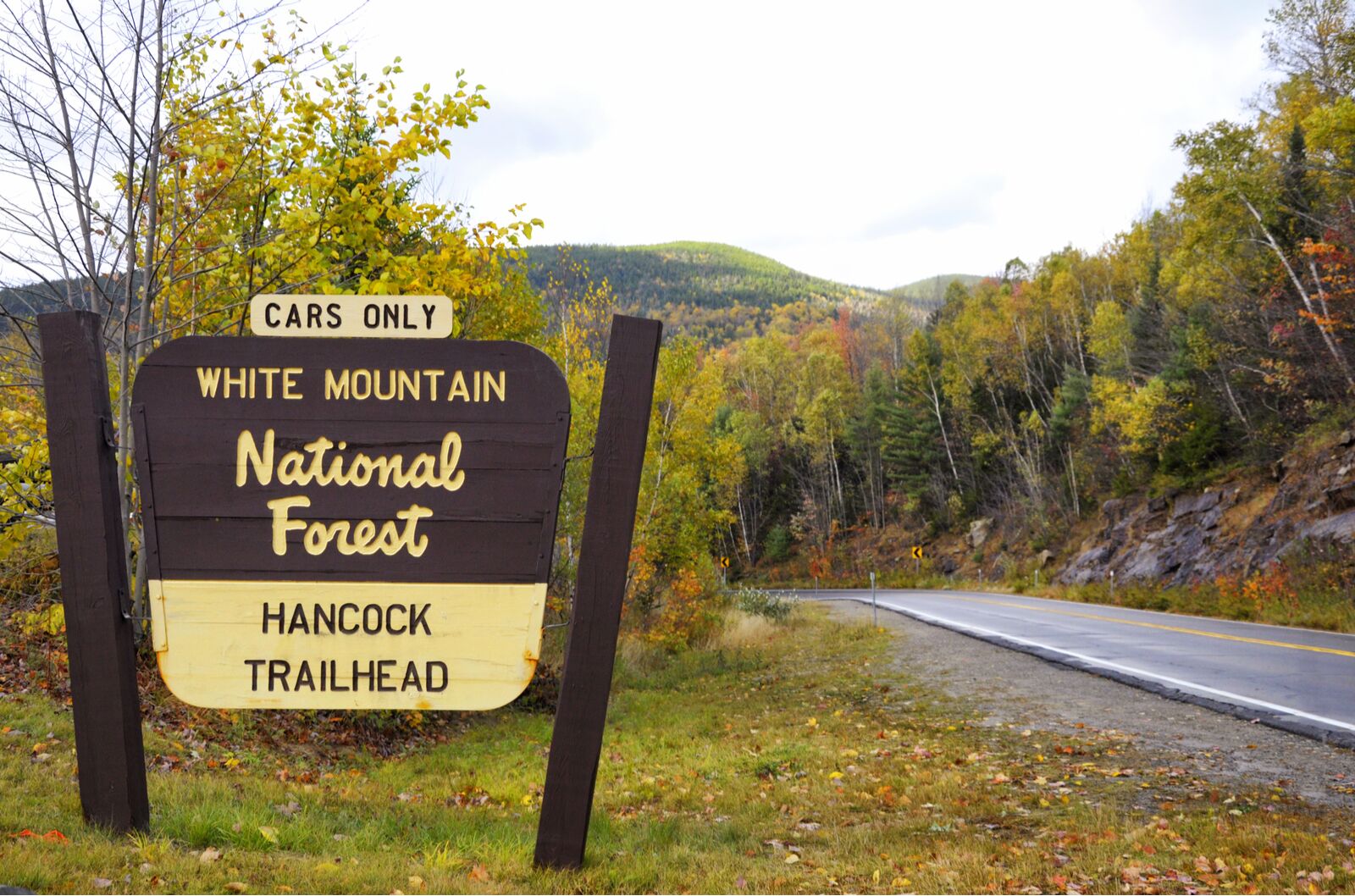 Some of the best trails I’ve hiked in Colorado started at trailheads accessible only by high-clearance or four-wheel drive vehicles. That meant many people didn’t get to see those parts of the Rocky Mountains simply because they didn’t have the right car. Many of the best trailheads are a long drive down mountain roads at least an hour away from any development, and you couldn’t even think about reaching those trailheads when the roads were covered in snow or ice.

New Hampshire hiking, however, is very accessible, and it’s easy to reach the White Mountains, even in winter. Most roads stay open year-round in the White Mountains, though it’s still important to check the status on the NH Department of Transportation before heading out. Hardly any trailheads require a high-clearance vehicle, and I never have to drive hours to reach a trailhead. In fact, in four hours, I can be in Burlington, VT; Boston, MA; Portland, ME; or even cross the border into Montreal.

The Whites also have a cog railway 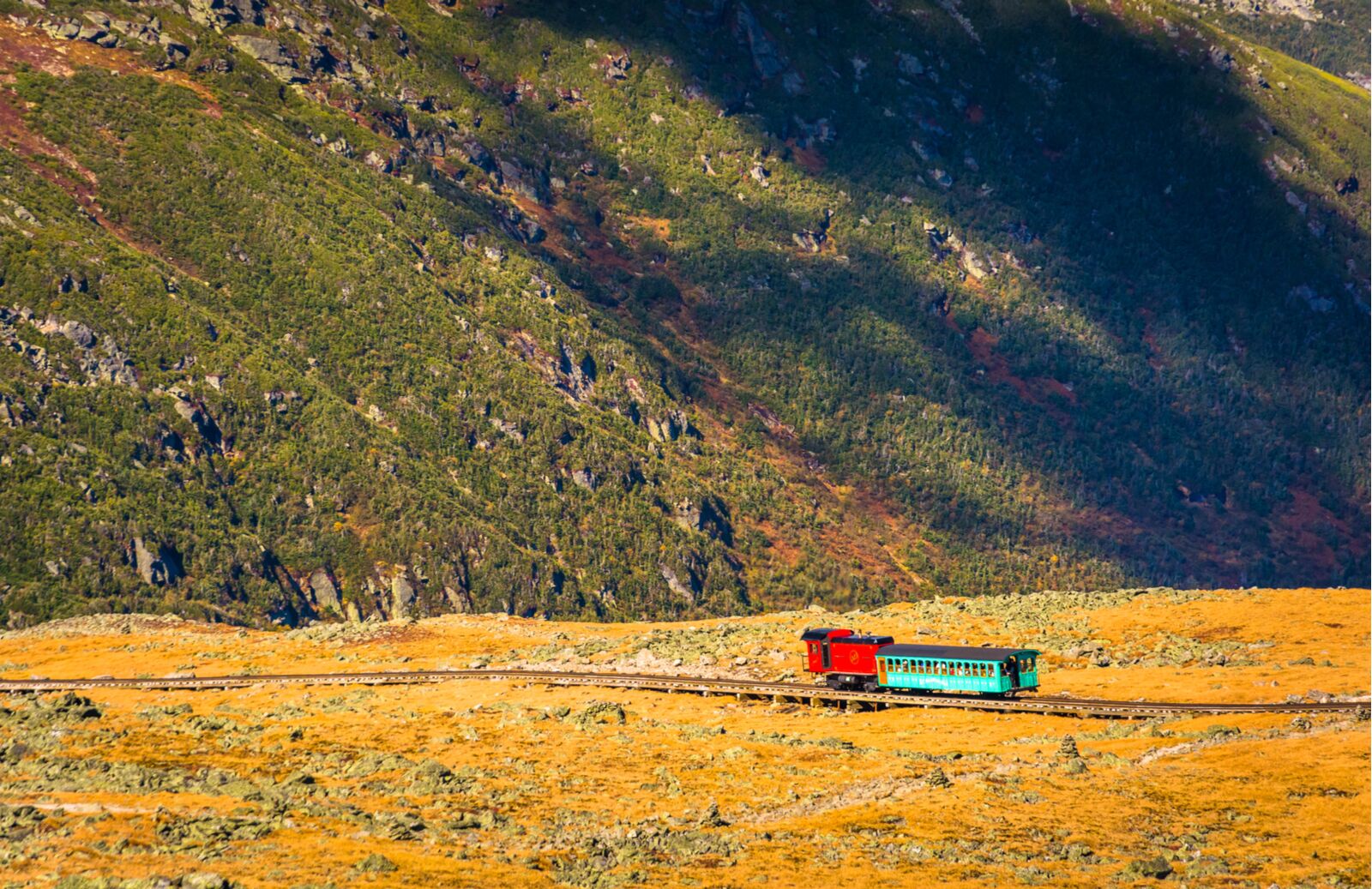 One of my favorite things to do with visiting friends in Colorado was to take them to the top of Pikes Peak on the cog railway. It offered friends a chance to sit at the summit of a 14er without doing much work. But Pike’s Peak isn’t the only one: there’s a cog railway on Mount Washington.

It was the world’s first cog railway to summit a mountain and welcomed its first paying customers in 1868. And I think the views from the top are better. On a clear day, it’s possible to see north to Canada, east to the Atlantic Ocean, and across five different states (New Hampshire, Vermont, Maine, Massachusetts, and New York). And every once in a while, it’s even possible to view the northern lights.

No elk, but plenty of moose 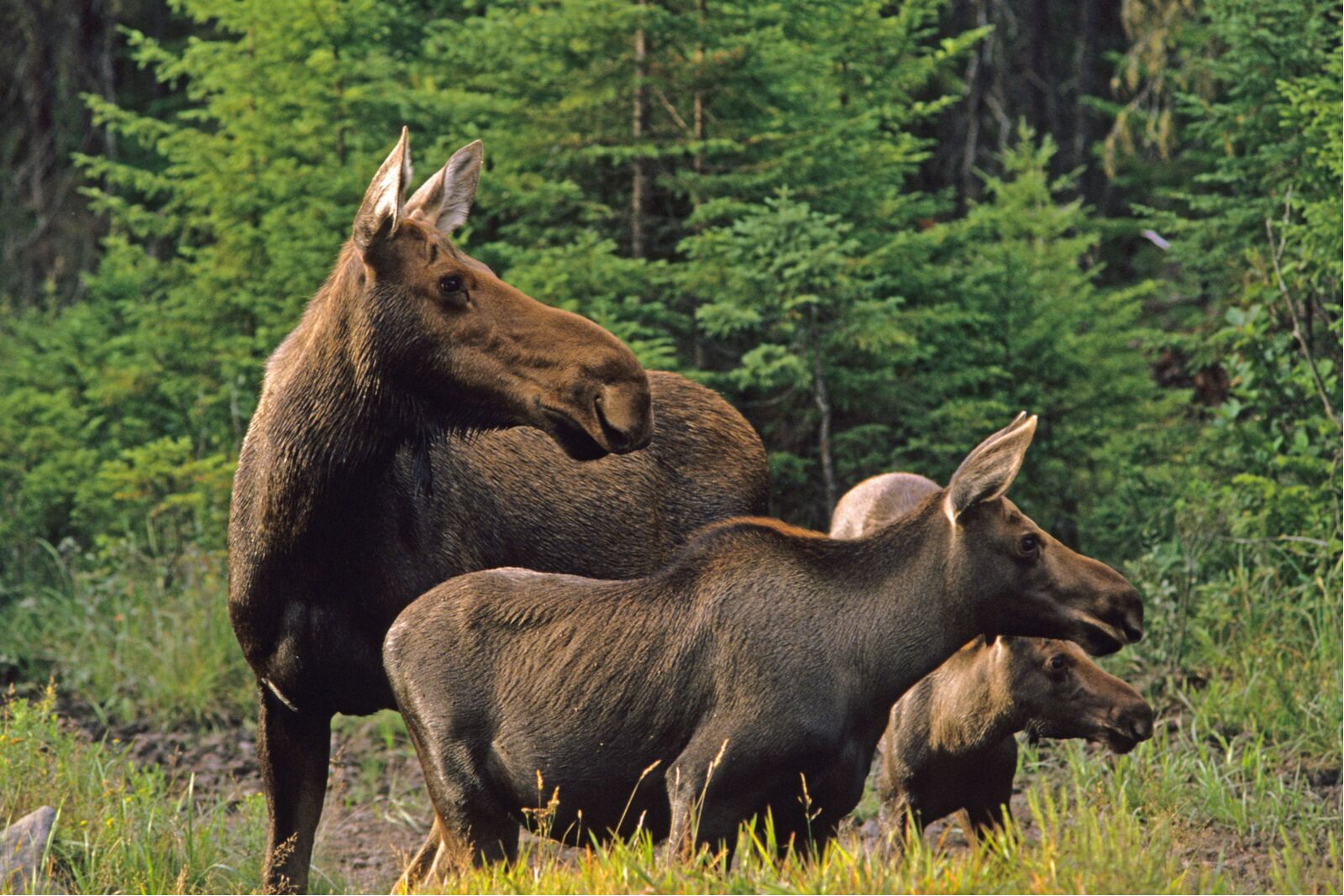 A huge draw of Rocky Mountain National Park is the high likelihood of witnessing elk rutting in the fall. The hauntingly beautiful bugle from the males as they try to call a mate is a song I love to hear. However, the White Mountains are home to a thriving moose population, and they’re just as incredible as elk. It’s possible to see them on many of the best New Hampshire hikes; experts think there are about 3,500 throughout the state.

The hikers are kinder 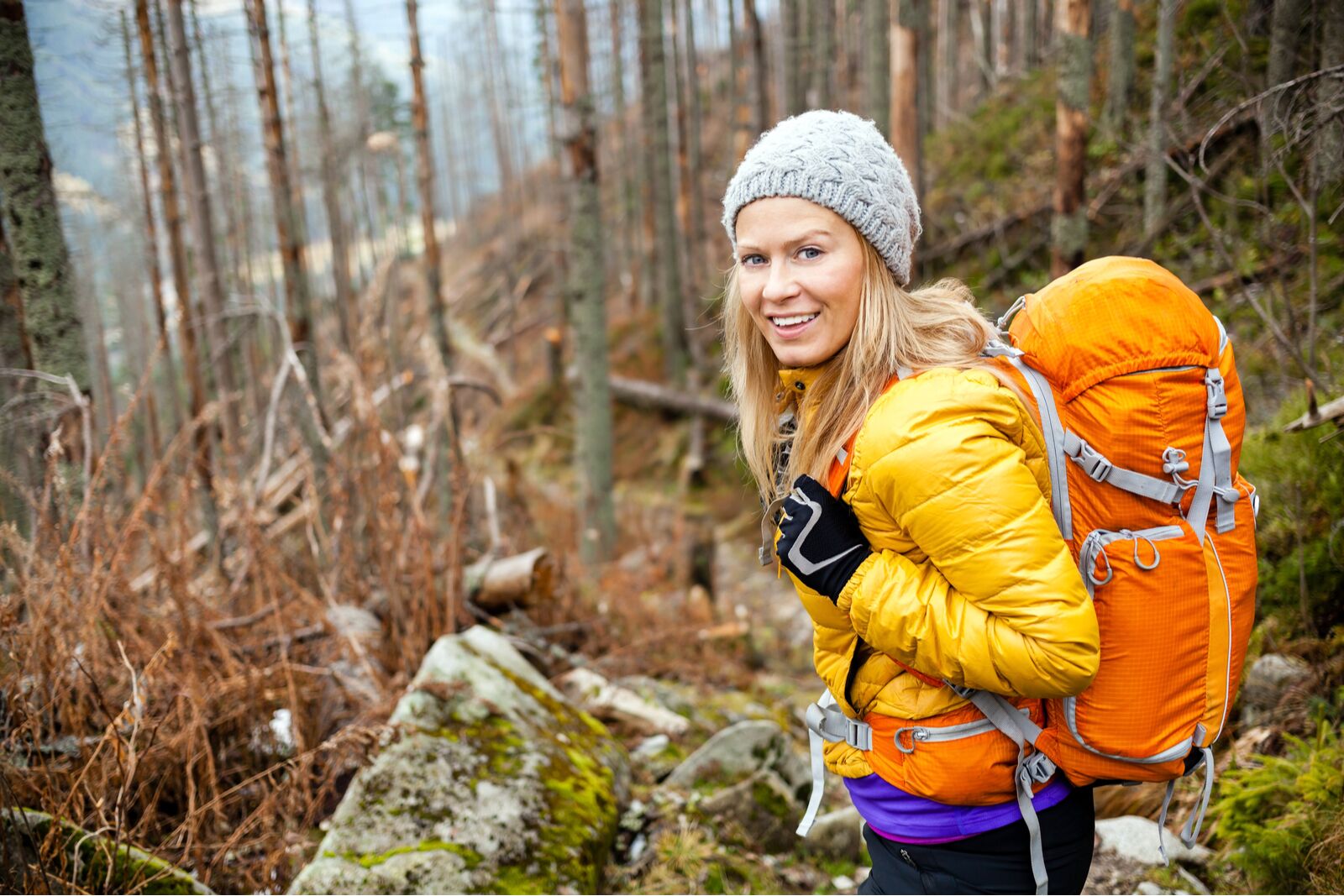 New England may have a reputation for being a place where people are always in a rush and never have time to spare. That’s truer than it is in, say, the midwest, but it’s really only around Boston that you’ll notice it on a daily basis.

I’ve found that most of the time, hikers in the White Mountains are inherently kind. They know trail etiquette (perhaps because fewer are tourists?) and are more than willing to wave hello or strike up a conversation.

I’m not sure why hikers on trails in the Rockies seem more standoffish. It might be because they’re jaded from overtourism and annoyed at the many visitors taking over their beloved trails. Or it could be that many Colorado locals think their state has the hardest hiking in the country, and therefore think it’s their job to offer unsolicited advice. It’s hard to forget the time a man I didn’t know cautioned me that it’d be hard to hike with my 25-pound toddler in a backpack.

Walking on granite is more of a challenge 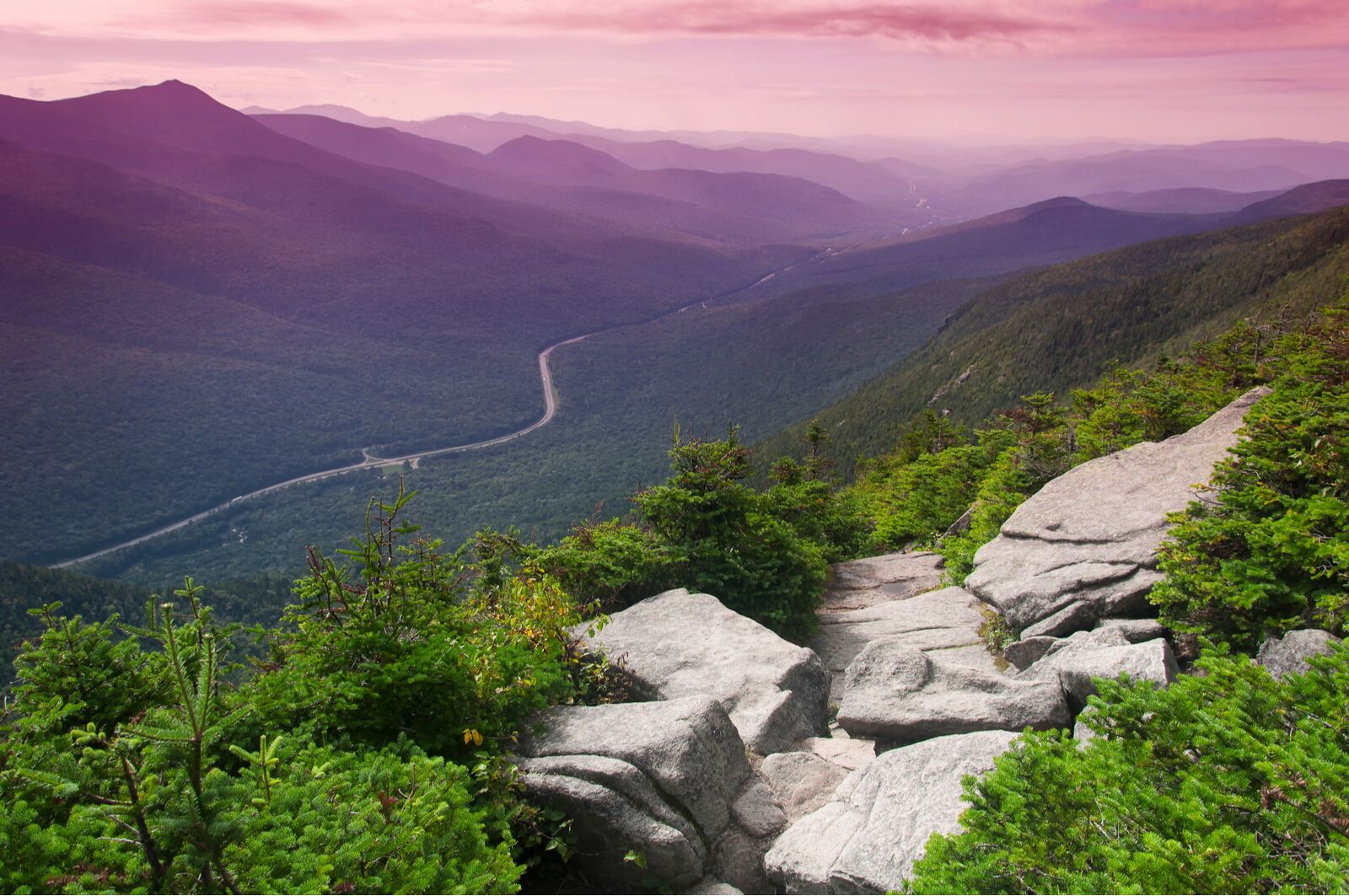 The White Mountains are named for the color of the rock that forms most of its mountain summits. It’s granite, which is also why New Hampshire is called the Granite State. Many of the state’s mountain summits are relatively short jaunts (less than four miles), but the elevation gain is astronomical; many gain upward of 1,500 feet of elevation in a mile of distance.  Unless you regularly use a Stairmaster, you can expect to feel the effort in your butt muscles after a mile or two.

I’ve hiked on sand dunes, gravelly mountain summits, and grassy alpine ecosystems in Colorado. But New Hampshire hiking is generally more challenging thanks to the solid granite slabs in the White Mountains. Even with the grippiest of boots, uphill and downhill travel is a struggle. At just over five feet tall, it’s a struggle sometimes to step up steep sections. But I like that extra challenge. 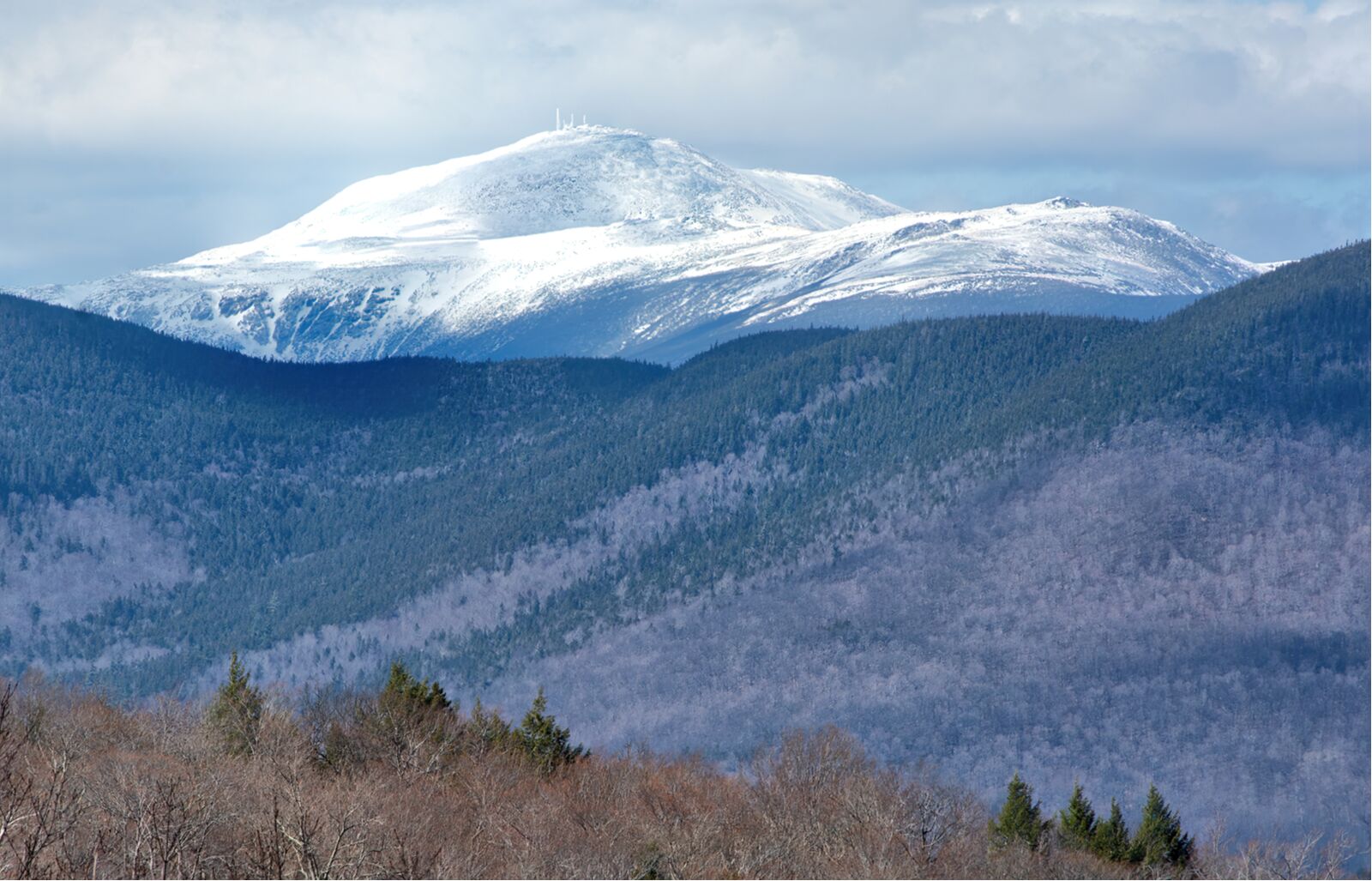 In the heart of the White Mountains is Mount Washington, notorious for wild weather. There are three major wind patterns in North America and they collide in one spot: the White Mountains. Mount Washington is also the most topographically prominent mountain east of the Mississippi River, so those wind patterns can travel unobstructed before smashing into Mount Wash. The weather can change at the drop of a hat – and, by the way, you’ll need a snug hat to hike above the treeline there.

In Colorado, it’s easy to see approaching weather patterns, making it easy to gauge when it’s time to turn around. Not so in the Whites. Many hikers have died of exposure on Mount Washington, making it the deadliest mountain in the US. Daily wind speeds often clock in at more than 30 miles per hour, with tropical-storm-level gusts registering several times per week. It’s no walk in the park (despite the fact that it is, actually, in Mount Washington State Park).

Lower elevation doesn’t mean easier hiking, and you shouldn’t under-pack or discount the challenge of hiking in New Hampshire. There’s much to prepare to ensure a safe (and fun) hiking trip in the White Mountains. 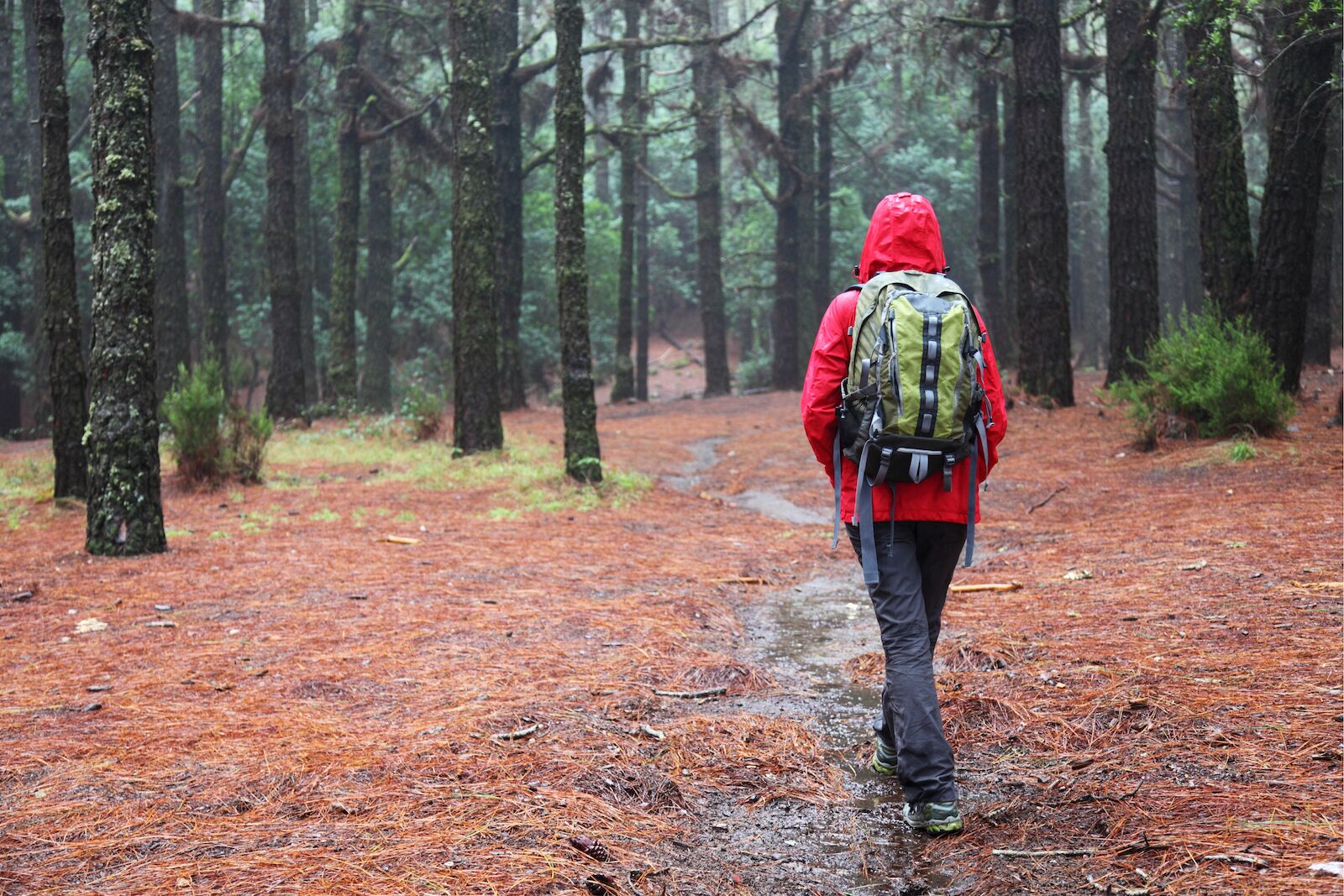 Hikers will want to buy the $25 New Hampshire Hike Safe Card. It’s similar to the Colorado Outdoor Recreation Search and Rescue Card and reimburses your rescue costs should you need it. It’s cheap and one of the best things you can do for your safety (and wallet) when hiking in New Hampshire.

Pack for all weather conditions, even in the summer, as temperatures and weather change rapidly. I’ve experienced hikes that were 87 degrees F at the trailhead, raining and hailing on the way up, and 42 degrees and windy at the summit. Wear wicking base layers and pack enough outer layers to stay warm and dry, including a wind- and waterproof layer. Consider packing the “10 essentials,” which many hikers consider must-have items for any day hike.

Getting to New Hampshire

Reaching the White Mountains is easy from most New England cities. Most people will want to fly to Boston’s Logan International Airport and rent a car to make the approximately 90-minute drive to towns in the mountains. There’s also a bus that leaves from Logan and stops in North Conway, Franconia, Gorham, Lincoln, and Plymouth, among other towns. 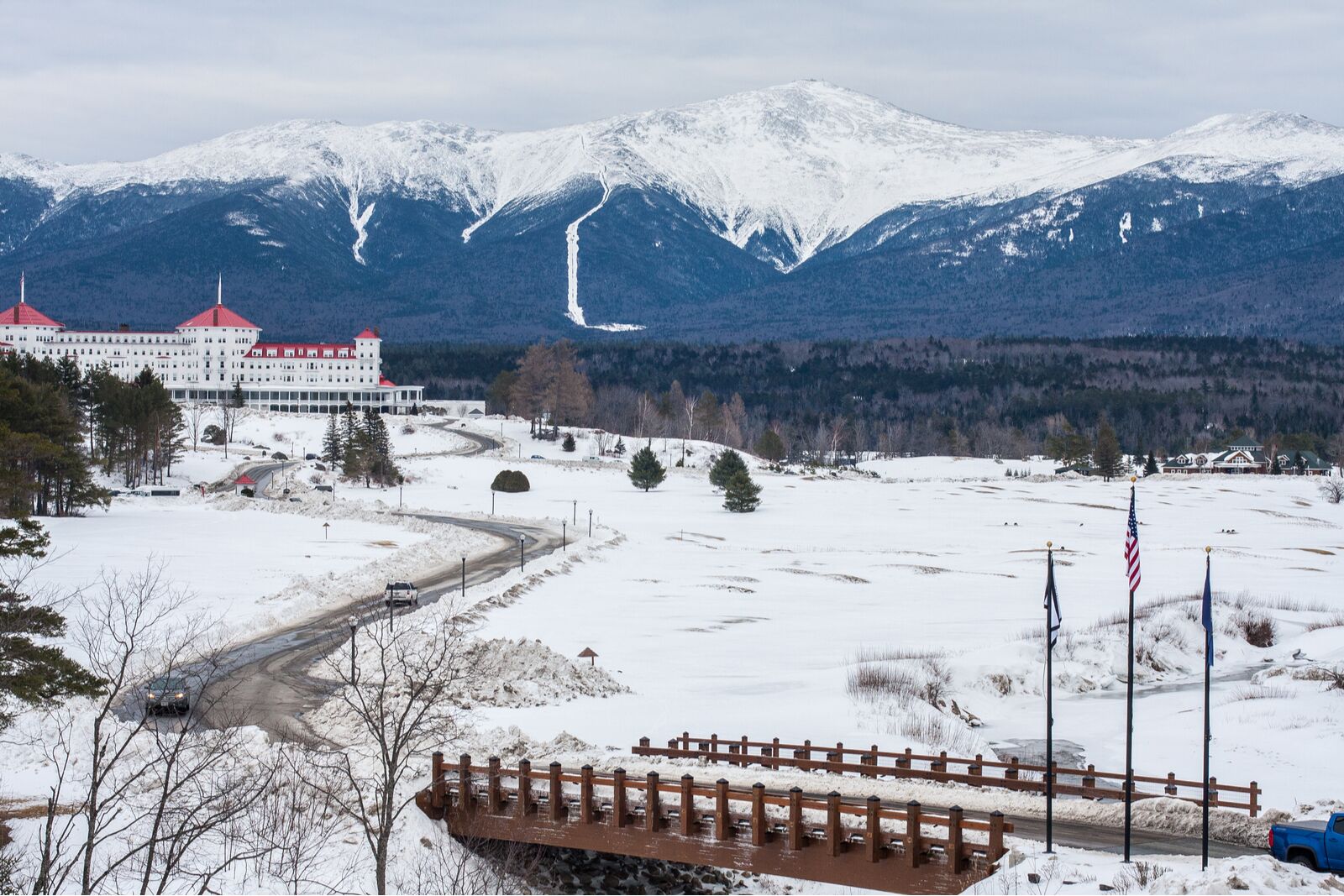 You can’t really go wrong no matter what time of year you visit the White Mountains. Summer and fall are the most crowded but also the most beautiful, and offer (theoretically) the best hiking conditions. Spring can be a bit miserable thanks to rainy weather and muddy trails, but it’s also when wildflowers and blooms put on their best show. Winter is popular if you like to snowshoe or cross-country ski, and the trails are much less crowded as most people head to the slopes.

For unobstructed views of Mount Washington and elegant rooms, stay at the Omni Mount Washington Resort. For a more family-friendly experience, Loon Mountain Resort should fit the bill, and if you want to hike the Presidential Traverse (a very challenging hike), stay at the nearby Appalachian Mountain Club’s Highland Center. And North Conway’s Cranmore Inn is a charming B&B.