Summer camping season is coming up, and as most hikers know, the process of securing a campsite can be stressful. Getting your group to commit to a weekend and applying for a permit is already a hassle, and then on top of that, you need to make sure you get a good campsite — no one wants to be directly next to a bathroom.

According to research from the University of Montana and Florida Atlantic University published in the Journal of Environmental Management, several conscious and unconscious factors explain why people choose the campsites they do.

To study what makes the “perfect” campsite, researchers looked at 2019 data for the Watchman Campground in Zion National Park, which requires reservations year-round (Zion is one of the most popular parks in the US National Park Service by visitation numbers). They studied at 23,000 park reservations for 179 sites, each of which was rated for factors like proximity to water, bathrooms, and parking lots; whether they had good views; and how close they were to other campsites, among other factors.  Unlike other studies, the researchers didn’t do any surveying or polling. Results were based entirely on big data, rather than asking campers to report what they think makes the perfect campsite.

According to their published findings, entitled “Big data spatial analysis of campers’ landscape preferences: Examining demand for amenities,” the factors that ranked the most in decision making were:

1. Access (walk-in vs. drive-in): The study found that campers prefer to drive directly to their campsites rather than requiring a walk. This was the strongest predictor of what makes a perfect campsite, albeit conversely: as the need to walk goes up, demand goes down. Zion National Park accepts reservations up to six months in advance, and walk-in sites tended to fill an average of 11.9 days slower than drive-in sites.

2. Cost: The next most important factor was the nightly rate. Interestingly, the report noted that every $1 increase in cost caused the sites to fill 1.2 days sooner than the less-expensive sites. This could be because sites with electricity cost more and have less availably, or because consumers sometimes see lower prices as a sign that a product isn’t as good.

3. Access to electrical hookups: Specifically, private ones. Of course, only RV campers need electricity, and the study doesn’t account for RV versus tent campers, but the correlation was strong enough that it’s still a top factor.

Factors the researchers found were somewhat important, though not as important as the three above, include:

4. Proximity to amenities: With around 92 percent certainty, the study suggests that being near facilities like restrooms and water spigots was a driving factor in site selection.

5. Nature views: In the case of Zion, researchers felt with a calculated 90 percent certainty that having a view of the canyon was a driving factor in site selection. Sites were views were booked 2.8 days sooner than sites without views. Researchers noted that they expected views to rank higher than it did in influencing site selection.. 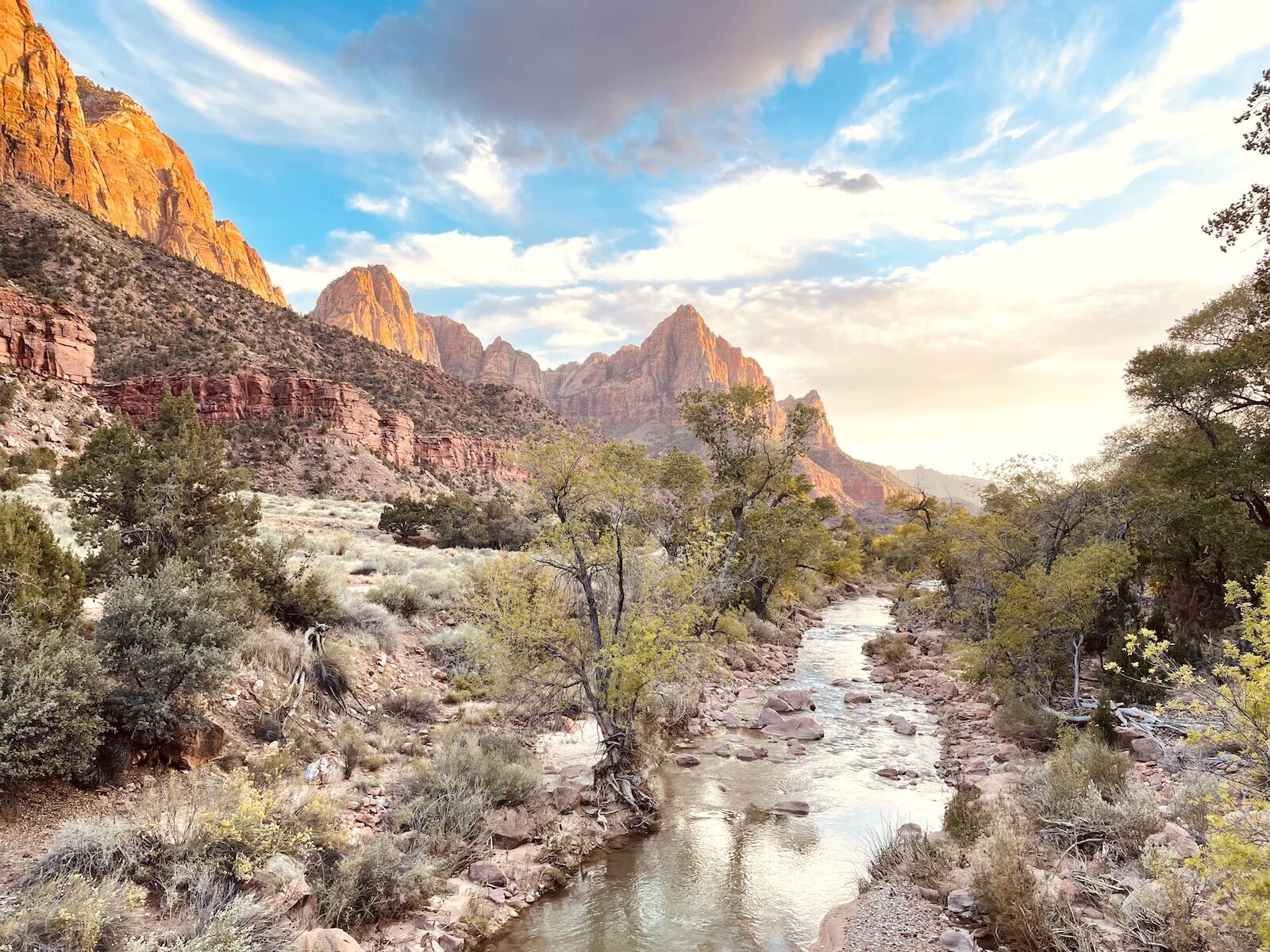 You can read the full report here.

The results led the researchers to theorize that non-natural factors of sites (like cost and manmade amenities) were more important than natural factors (like views). The research found that factors like river access and proximity to other campsites had no positive impact on demand; in fact, it found that sites near the Virgin River booked eight days slower than other sites.

Of course, a major limitation of the study is that researchers studied only campground, and results may be totally different in another park or part of the country. The authors acknowledge this in the study and offer suggestions that their findings may be influenced by park-specific factors, like the fact that Zion National Park has issued warnings against swimming in the Virgin River due to toxic cyanobacteria and E. coli outbreaks. But in another park, being near a river may be a strong selling point.

Regardless, it’s an interesting use of big data to see if campers’ actions as shown by data match their reported preferences (alternatively, do campers actually know why they choose the sites they do?) Says lead author William S. Rice in the findings, “This study is an attempt to further our understanding of the camper’s decision-making process and demonstrate the usefulness of a big data approach in measuring demand for recreational resources.”

We’d love to see more big-data-driven research to understand the psychology of camping, from what kind of foods we cook to why some folks are just happier sleeping on the dirt.

NewsTurns Out 10,000 Steps a Day Is Kind of BS. Here’s the Real Magic Number.
Tagged
Camping News Outdoor
What did you think of this story?
Meh
Good
Awesome