Winter in New York City is no joke, and while you can have fun outside in the cold weather, you’re going to have to warm up sometime. NYC has myriad spaces where you can do exactly that, but there’s no better way to warm up than being indoors with a drink in hand. Unfortunately, that list is quite large and filled with places that are too open, too loud, and too commercialized. But lucky for you, there are also a ton of cozy places where you can have an intimate and relaxing experience. Here’s our list of the eight coziest bars for a winter drink. 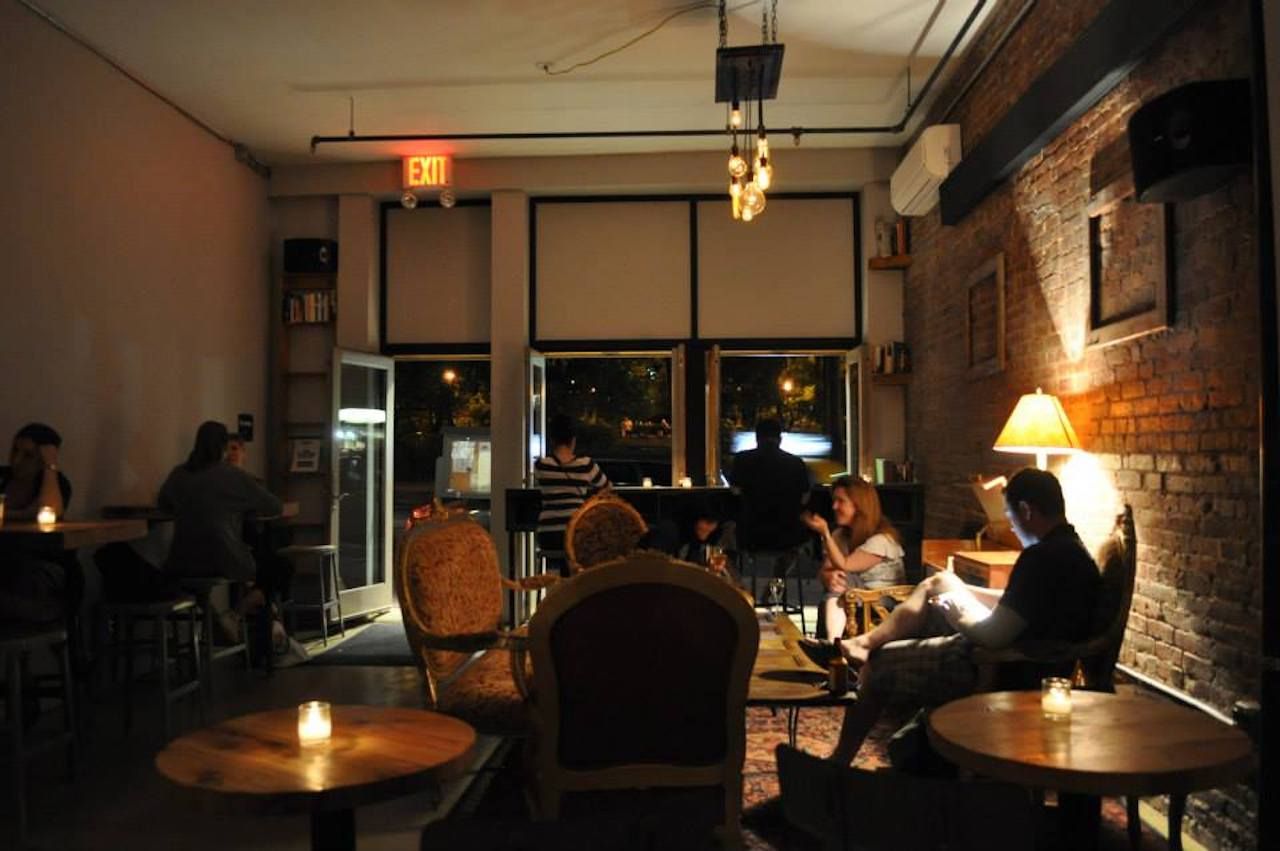 S’mores and beer are two universal likes, and combining the two is an act of genius. Located on the Upper East Side, DTUT is a cozy bar where you can make your own s’mores or indulge in some fondue. The craft beer menu is extensive, so we recommend trying something off that list, but there are cocktails and a number of wines, as well. DTUT even supports local and independent artists with all its mugs being handmade, using custom-made furniture, and displaying local art on the walls. If you want an unpretentious spot where you can kick back alone or with friends without being bothered, DTUT is for you.

The uptown area may not be where you’d want to go if you’re looking for a night of clubbing and bar hopping, but it’s definitely the place to be if you want to have a fun lowkey night and a few drinks. At The Wallace is quirky through and through, from the games (such as Trouble, Jenga, Operation, and Connect 4) to the decor (think lampshade over a fishnet-covered leg) to the drinks (like the Yoo Whiskey Hoo and alcoholic coffee slushie). It’s also known for its deliciously greasy eats, ranging from the Grilly Cheesesteak to the Wake N’ Bake hotdog.

Cheap drinks and dogs are two more additions on the list of things people like, and at this chill, dog-friendly dive, you get both. Lucky Dog is small, so seating may be hard to come by on a Friday or Saturday night, but you won’t feel crowded. While you may not be rubbing elbows with people, you’ll definitely feel a few furry friends run around your legs. Six dollar pints, $7 shot-and-beer combos, and $15 pitchers will ease the load on your wallet while you play with human’s best friend.

Whether you’re an avid reader, a fan of the written word, or not, Union Hall will make you feel right at home with its library-like decor and aesthetic. It spans two floors with a bar, restaurant, performance space, two indoor bocce courts, and an outdoor garden. You’ll feel most comfortable and cozy on the first floor where the library bar and fireplaces are. To be able to enjoy your drinks and avoid any possibility of crowds, try to visit during the daytime. 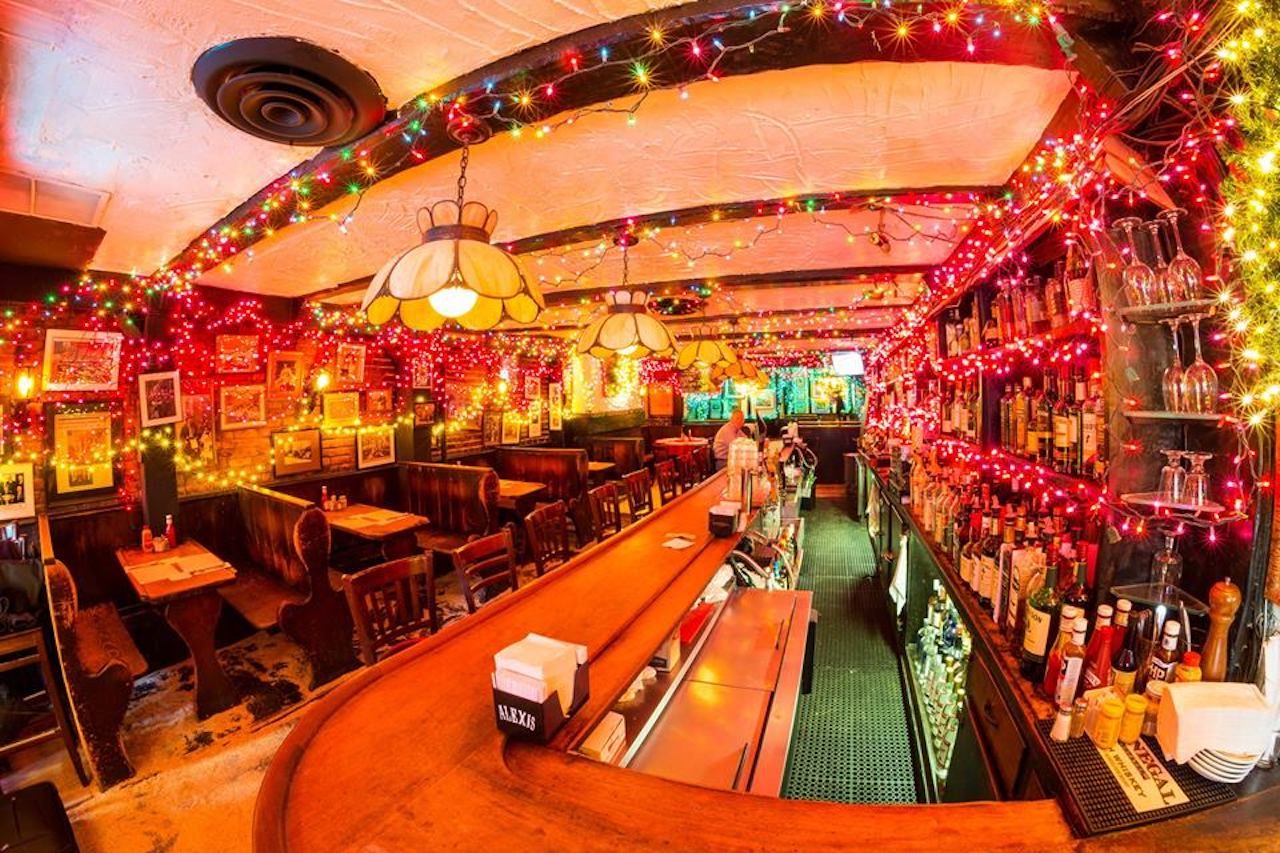 There’s nothing cozier than a pub. Molly’s is authentic and non-touristy without any gimmicks — there’s even sawdust on the floor. The space operated as a bar since 1895 until Prohibition, when it then was used as a grocery store. After Prohibition was repealed, it became the pub locals know and love today. It’s open for brunch, lunch, and dinner, and you can’t go wrong with the typical pub fare and Irish food on the menu. It’s the perfect place to take a load off with a pint or two, have conversations with friends, and maybe even make some new ones.

Camp is a small bar in Brooklyn where you’ll feel like you’re inside of mix between a log cabin and ski lodge, with wooden and brick walls, a fireplace, and leather furniture. The menu includes standard beers and cocktails, as well as winter-themed tipples like mulled wine and chocolate-infused drinks. For just $16, you can get a large platter of s’mores supplies to roast your own marshmallows. Board games are available to patrons — but no hot tub, though. 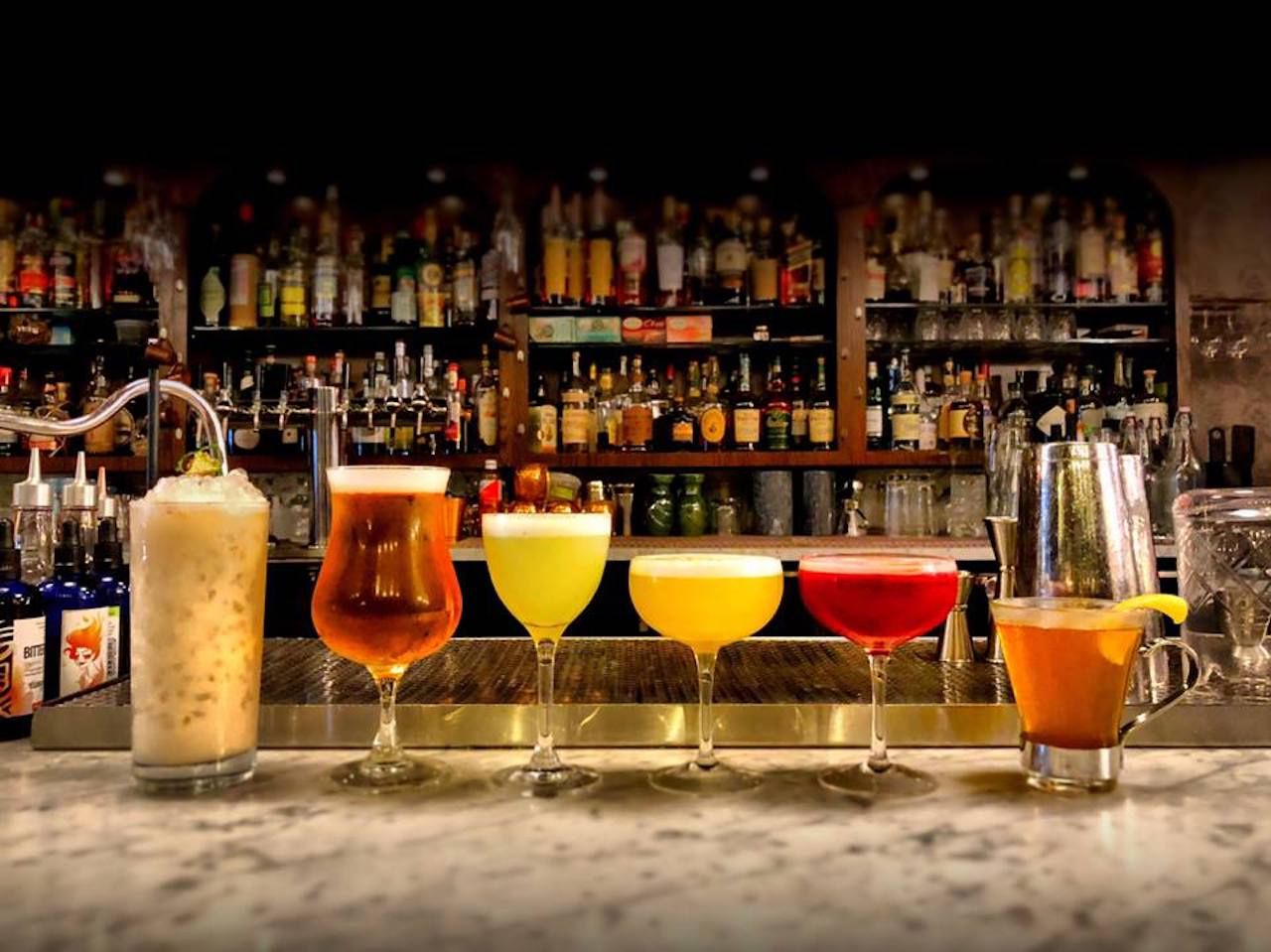 Speakeasies are intimate and cozy affairs by their very reason of existence. Prohibition banned the consumption of alcohol, so many places had to operate covertly lest they be caught by the police and put out of business. There are several still-functioning speakeasies from that time, but they’ve become so popular that imitations — bars operating in a speakeasy-style — open up all the time.

The Last Word is an example of that, but it doesn’t try to lure you in under false pretences. While it did open in the back of a fake store, you can now walk along Ditmars Boulevard and spot the storefront and awning clearly displaying the bar’s name. The leather chairs and brick walls will give you that speakeasy vibe, and the weekly live jazz only adds to the experience. Its signature drink, The Last Word, is made up of London dry gin, green chartreuse, maraschino, and lime.

William Barnacle Tavern has all the history but none of the excessive fuss and frills other speakeasies tend to deal with. The intimate St. Mark’s Place locale dates back to the 17th century and has gone from speakeasy to absinthe bar. While it deals mainly with different brands of the green fairy, there are beers available. We recommend trying an absinthe sour for $10 and watching as the bartender prepares your drink in the traditional way of placing a spoon with a sugar cube over the glass, lighting the cube on fire, and then pouring the liquid on top.

Feltman’s of Coney Island has partnered with WBT to serve its famous hot dogs, which you can order inside. On its right is Theatre 80, a performing arts venue where you can catch plays, stand-up comedy, musical acts, and even immersive shows.

BeerThe 7 Best NYC Breweries To Hide Out in This Winter
Tagged
Restaurants + Bars Insider Guides New York, NY, United States
What did you think of this story?
Meh
Good
Awesome