Seasons change, and so does New York…or so I thought, until I was pleasantly surprised with a return after two years. Though high-rise buildings and oat milk-themed cafes continue to pop up in my beloved Brooklyn, there is still a pulse of community and celebration that no pandemic or hipster can erase. Fall in NY has always been a sweet spot to me, when the weather changes from unbearable to breathable, and the leaves show off with a kaleidoscope of colors. It’s the time to roam as much as possible before winter hibernation.

To that end, if you’re looking to hit the streets of NYC before the chill sets in (or even when it does), here are a few places to get you started.

Arlo Soho
This location is a great middle-ground for those looking to commute between the city and Brooklyn. Arlo has three NYC locations (the other in Midtown and NoMad) and often hosts on-property events for guests. It’s a place where wellness and just working well is easy– with a number of coworking spaces including the rooftop, as well as partnerships with Allure Magazine that includes a beauty bag upon check-in, as well as a series of pop-up events such as cocktail parties and beauty sessions. There are 325 efficiently built rooms, meaning, no-frills, but gets the job done– and the panoramic views of the city from some rooms don’t hurt either.
Rates starting around $300 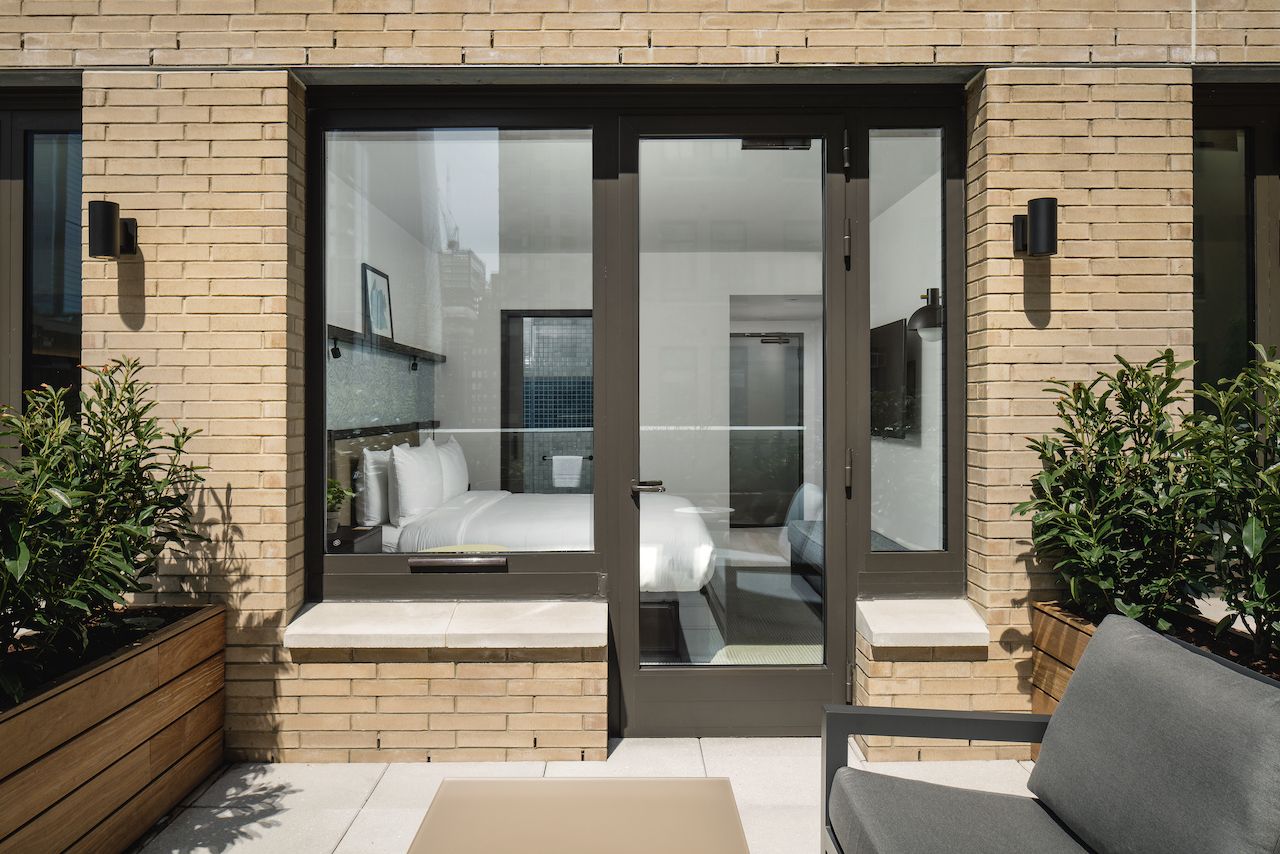 Langham
For a bit more luxury and views, head uptown to the Langham, New York. This Midtown fixture still has that classic New York City feel– refined without being restrained, with those classic Chuan amenities in each of its 234 rooms, a Michelin starred restaurant, Ai Fiori, and views of the Empire State Building.
Rates starting around $600

Veranda Soho
Just walking distance from Arlo Soho, Veranda is a great place to meet up with friends or just people watch. The menu is the kind that’s difficult in the best possible way: with so many delicious sounding dishes that it’s hard to narrow down. If you are having trouble, I’d highly recommend the Maine lobster, served chilled with a corn puree, or the very generously portioned salt cod and potato casserole, layered with caramelized onions and olives.
Entrees from $27

Junoon
In Flatiron, Junoon is an extraordinary testimony to just how layered, textured and satisfying Indian food is. Black wood doors open to a sexy and subdued dining room. Pull up a chair at the bar for a classic martini, or, dine outside in one of their very pandemic friendly open air booths. Don’t skip experiencing the cocktails, like the “Mumbai Margarita,” which includes a reposado tequila, mango purée, lime, rose-chili syrup, and spiced salt. For starters, get the fall-off-the-bone masala ribs and tandoori octopus. For mains, a classic murgh lababdar (tandoor grilled chicken) or lamb chops with a side of yellow daal will not disappoint. The restaurant’s fall marketplace at the front of the restaurant will feature signature items like their tea and spice blends, boxes of hand-painted chocolates and more.
Entrees from $25 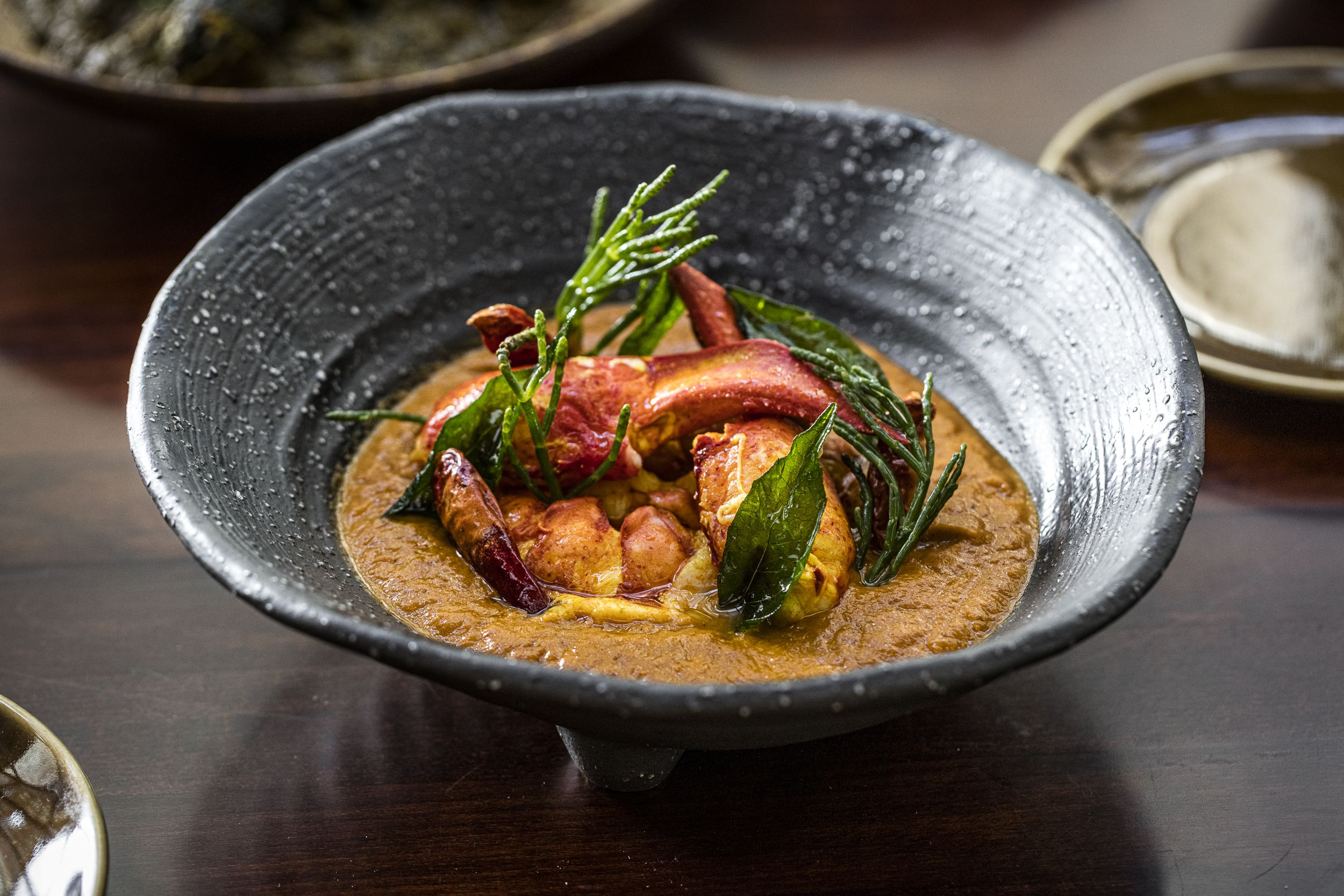 The Musket Room
What’s a visit to NYC without a proper brunch? When it comes to this trendy and frequented pastime, a place that you can actually count on good food is The Musket Room. I’ll start by waxing poetic over the creations of their in-house pastry chef, Camari Mick, who blessed my friend and I with pan con oishi berry gelato and pistachios that was just toe curling good. In the summer, get your hands on the King Crab roll that can be topped with caviar, if you’re feeling decadent. For brunch, there’s a Za’atar friend quail with fennel, olives, tahini, and aleppo pepper or egg sandwich with toasted portuguese roll, scrambled egg, vermont cheddar, avocado, smoked bacon, piri-piri mayo, french fries. The fall menu highlights local produce with dishes like a hearty squash risotto with truffle and hazelnut brown butter and Mick’s caramelized apple brown butter donut, though, in general, there’s really no item that won’t make your taste buds happy here.
Entrees from $26

Bed-Vyne Brew
Every trip should begin and end with the best city in the U.S. — Brooklyn. I was so happy (and relieved) to see that my favorite place to grab drinks was still open, with a block party happening simultaneously and Wadadli Jerk to grab some jerk pork parked right in front.
Entrees from $10

Kokomo
For Caribbean food, music and vibes, head to Kokomo in Williamsburg. Couple Ria and Kevol Graham own the always lively spot, with Chef Christian Aranibar serving dishes from the kitchen that include flatbread topped with braised oxtails, sautéed ackee and shrimp, and vegan dishes like lentil meatballs served with a Trinidadian ginger coconut curry sauce.
Entrees from $19

NewsLive Shows Are Coming Back To Broadway and Las Vegas as Restrictions Are Lifted
Tagged
Restaurants + Bars Travel Epic Stays New York, NY, United States
What did you think of this story?
Meh
Good
Awesome