From capturing footage of rarely seen species to documenting unique, new, or never-before-seen behaviors, nature documentaries offer glimpses into the lives of animals around the world, allowing us to better understand and learn about them. But due to technology and access, their nocturnal activities have largely remained a mystery to us.

Netflix has shined a light — literally and metaphorically — on what animals do in the shadows with its new nature series, Night on Earth. Using advanced thermal imaging and low-light technology, Netflix’s crew was able to capture unprecedented footage of the nocturnal behaviors of wildlife all over the world.

The first episode, “Moonlit Plains,” started with a classic nature documentary mainstay: life on the African savanna. With the use of low-light night-vision cameras, the crews documented how lions hunt under the light of a full moon and how other animals stay safe until daybreak.

And now it’s not just documentary film crews who can see what goes on at night on the African plains — at safari lodges on the Phinda Private Game Reserve in KwaZulu-Natal, South Africa, there’s a new nighttime safari experience that utilizes similar technology so guests can observe animals and their habits at night. As Africa’s first infrared nighttime excursion, it’s changing the way humans and animals interact on safari. 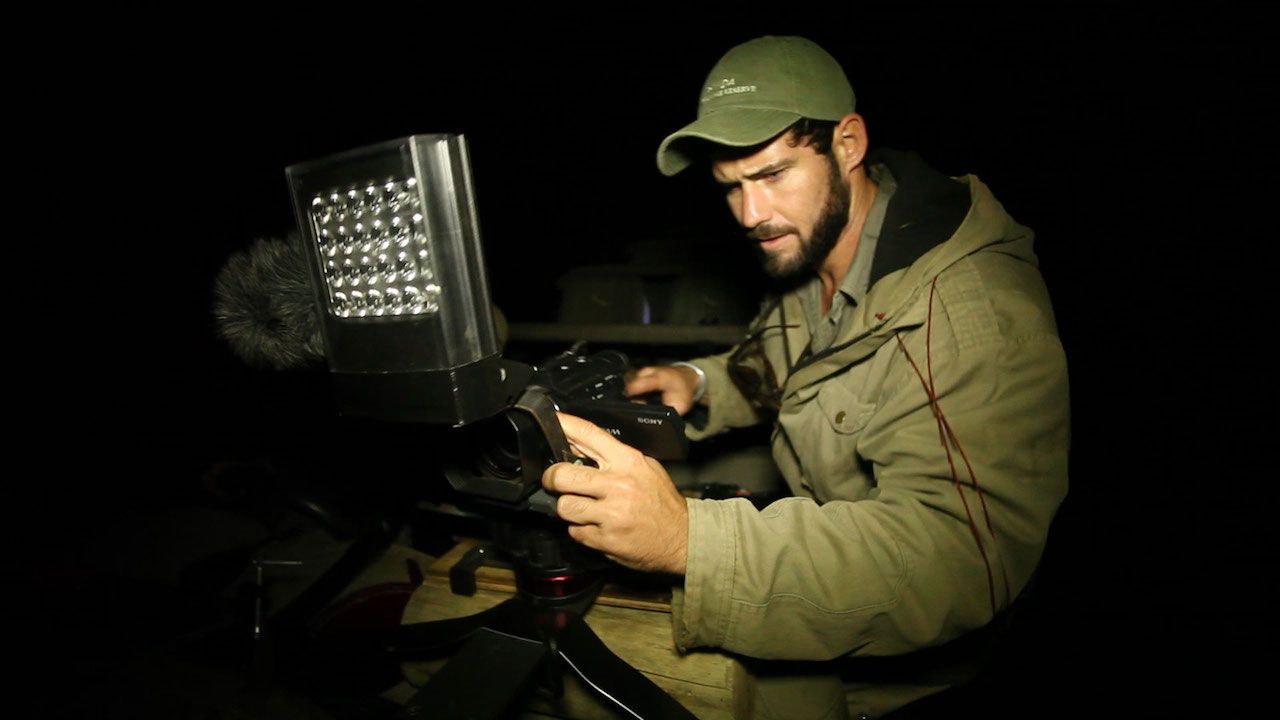 With the help of a professional videographer, a guide, and a tracker, guests on the Night Eye Experience spend an evening driving around the roads of the reserve in a specially equipped vehicle that’s rigged with an infrared camera and three monitors. Most of Phinda’s trackers are of the Zulu tribe, a local ethnic group that’s called the area home for thousands of years and are intimately familiar with the land and the habits of the animals. Using this knowledge, the tracker looks for trails and listens for noise to find different animals. When an animal or group is spotted, the cameraman zooms in to give the guests sitting in the vehicle front-row seats to hunts and other nocturnal behaviors.

Night is an especially great time to observe hunts by Africa’s great cats like lions, cheetahs, and leopards. The darkness gives them the perfect cover to get even closer to their prey and have the surprise advantage, so most successful hunts take place at night. 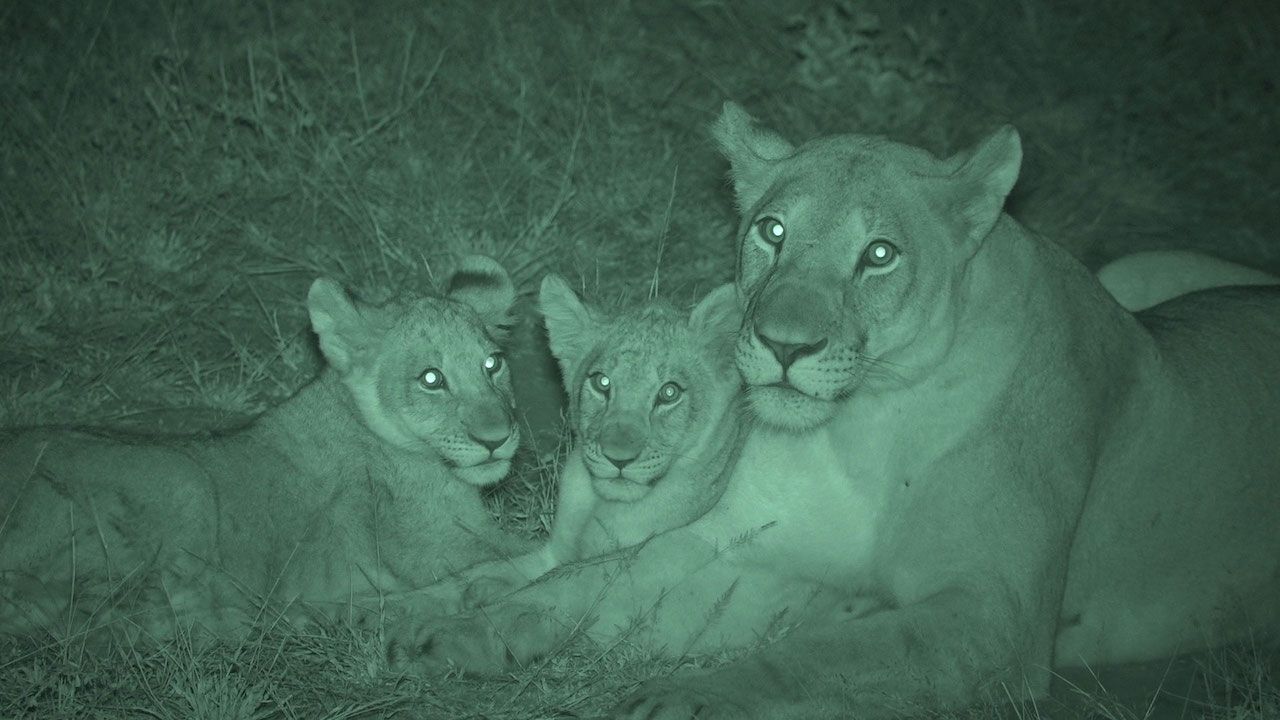 “The primary focus is to actually enhance the onboard safari experience by providing guests with better visuals than they would ordinarily be seeing,” says Scott Dyson, the founder of the Safari Film Crew that developed the experience.

One of the main benefits of using infrared technology during night safaris is that it doesn’t disturb the wildlife; flashing headlights or flashlights are disruptive to the animals, so using non-intrusive cameras provides for more ethical observation. Also, some animals aren’t accustomed to the safari vehicles and are likely to run away from the unfamiliar noise and lights before guests can get a good look at them. Using zoom-in cameras, guests are able to observe from a distance, leaving the animals in peace. 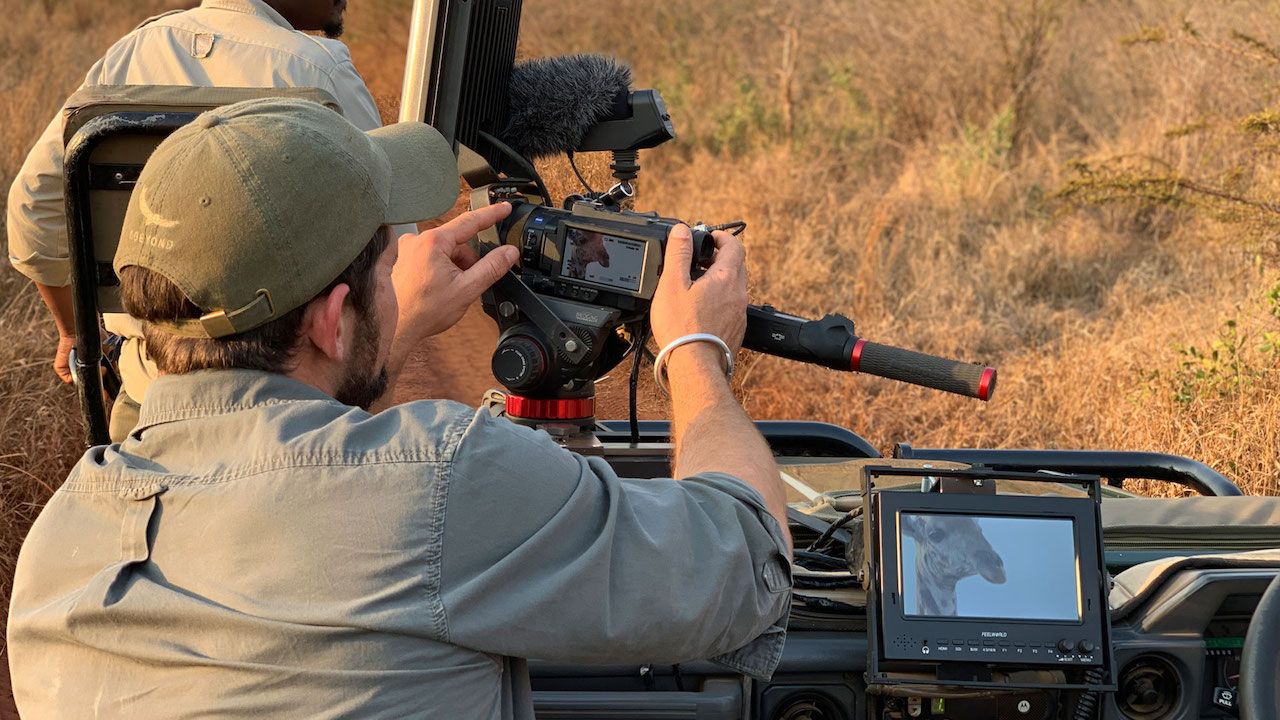 “Over the last 30 years, the photographic safari experience hasn’t transformed until recently, with the introduction of innovative infrared technology at Phinda,” says Sunit Sanghrajka, the founder and CEO of bespoke tour operator Alluring Africa, which partners with Phinda and the travel company that operates its lodges and programs, andBeyond. Sanghrajka continues, “If your tracker or guide spots something far off such as a genet, the camera zooms in and you can see its features in full detail without needing to struggle to point and adjust your binoculars… I especially valued the ability to observe wildlife completely undisturbed.”

Since the nighttime safari takes place in Phinda, guests are almost guaranteed wildlife sightings. The Phinda Game Reserve encompasses 28,555 hectares (70,560 acres) of diverse African habitat ranging from forest to grasslands. The reserve has a reputation for up-close sightings of rarer, harder-to-find wildlife like cheetahs and black rhinos and is also home to Africa’s Big Five: lions, elephants, buffalos, leopards, and rhinos. 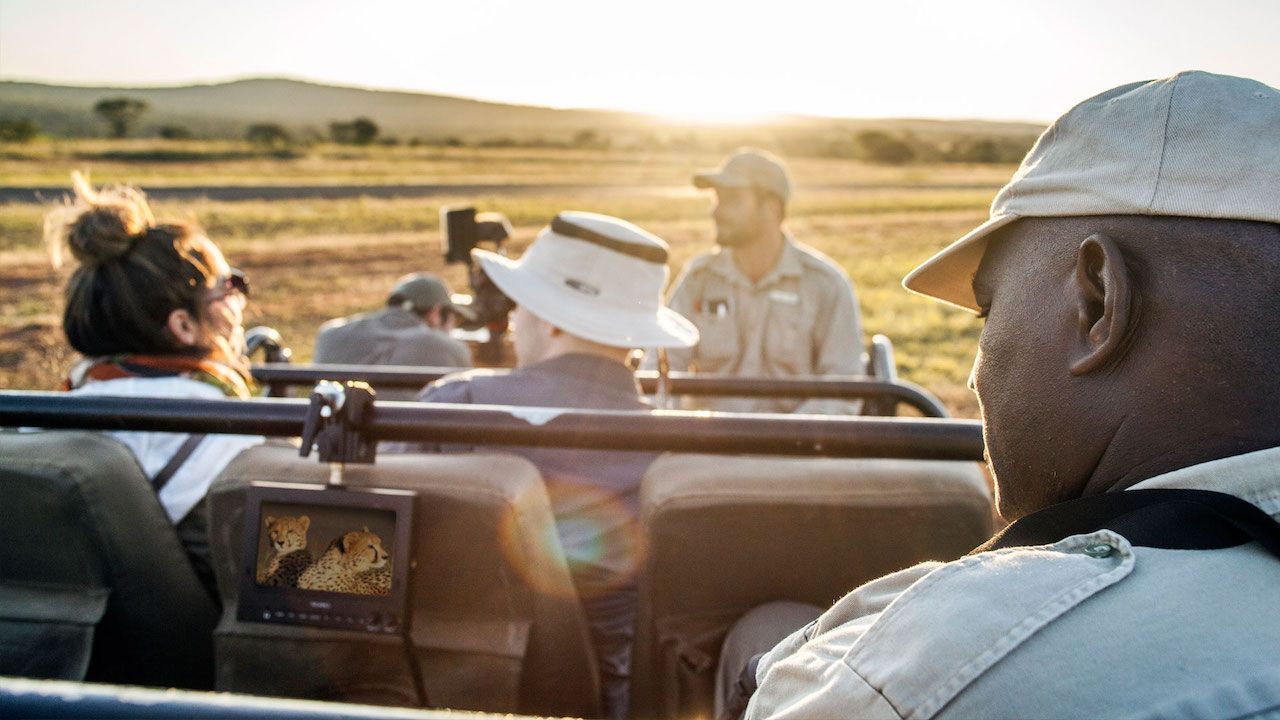 At the end of the safari, as a souvenir, guests also receive a two- to three-minute video compilation of the animals seen during the experience so they can sit back, relax, and be thoroughly in the moment with the animals.

The Night Eye Experience is, for now, only available at lodges in Phinda, with the possibility of expansion to other properties around South Africa and other countries like Botswana and Kenya in the future. And, if you can’t get to South Africa anytime soon, watch Night on Earth on Netflix for the next best thing.