When the wine grapes ripen in the vineyards of the Tokaj region in Hungary, a fungus starts to form. The fungus is fuzzy and gray — something you’re familiar with if you’ve seen moldy strawberries — and causes the grapes to shrivel. It’s also intentionally allowed to foster on the wine grapes. The fungus is the reason why the sweet white wines from Tokaj are some of the most expensive in the world.

Tokaj is in northeastern Hungary near the Slovakian border, and wines from the region are called Tokaji. During the grape growing season, there are foggy mornings and warm, radiant afternoons. The rich volcanic soil from the Zemplén Mountains at this UNESCO World Heritage site is perfect for vines, and the moisture in the air from the Bodrog and Tisza rivers is perfect for the grape-loving fungus called Botrytis cinerea, or “noble rot.” Without the latter, Hungary’s most renowned wine region wouldn’t be so well-known. 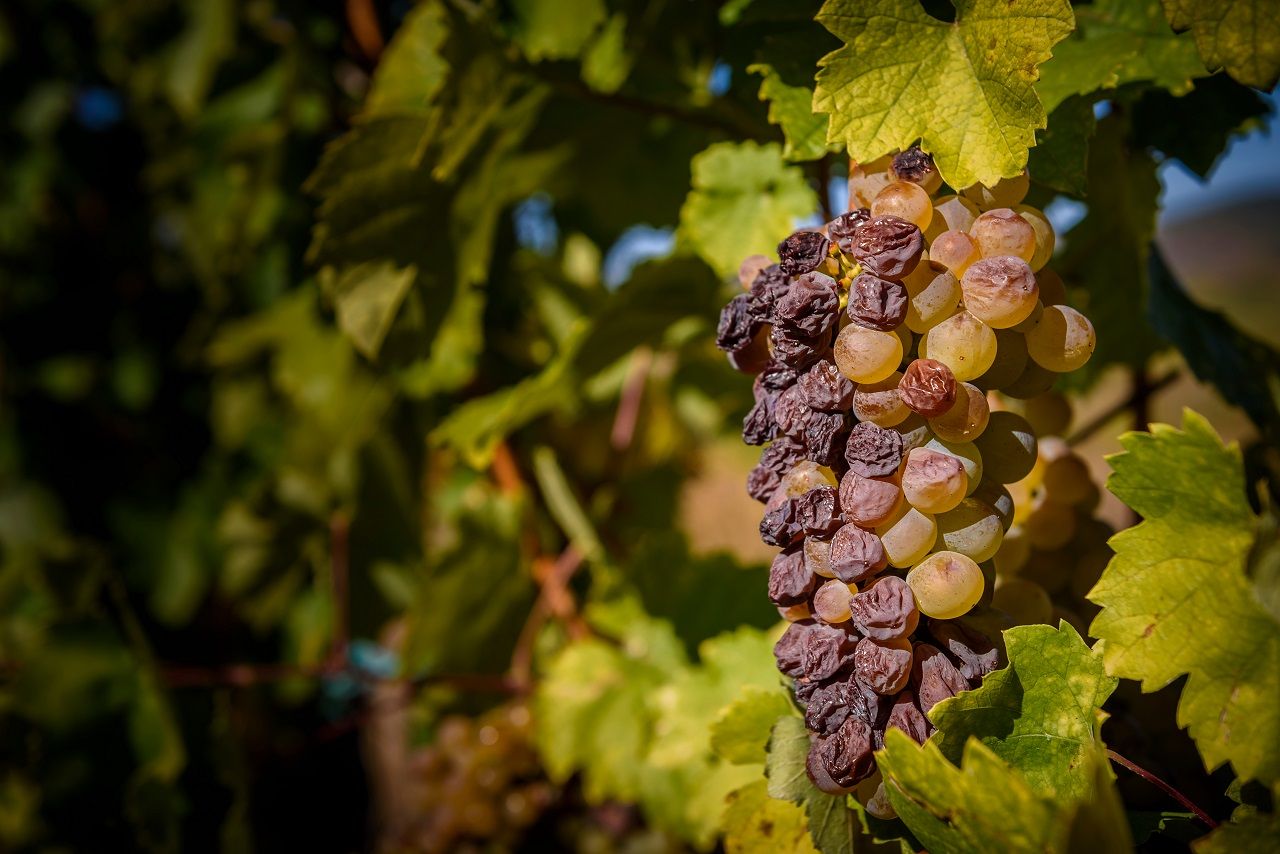 While the word “rot” probably isn’t a word you associate with good wine, noble rot is responsible for the decadent sweetness of the world’s best dessert wines. Tokaji aszu is one of those wines, and is made from the furmint, harslevelu, and muscat blanc grapes. In the past, it was the wine preferred by Hungarian nobles, Catherine the Great, and King Louis XIV. Today, Tokaji has less of an international presence, but if you’re looking for a sweet dessert wine, you need to look for a wine with noble rot.

The rotting is key because it causes the grapes to dehydrate without losing sugar. The fungus grows on the grapes during the foggy mornings, and then it dries out during the day. The affected grapes are called aszu. Winemakers need to use more aszu grapes to make the same amount of wine since there’s less water content in each grape, and the final wine ends up thicker, sweeter, and occasionally higher in alcohol. Additionally, flavor compounds from the rotting process can add ginger, beeswax, and honey notes to the end product.

Without the noble rot, Tokaj grapes make a crisp, floral white wine. That fuzzy gray fungus, however, is just what it takes to elevate Tokaji to the highest levels of the wine world. But it’s not the only region using noble rot.

Wines made with noble rot 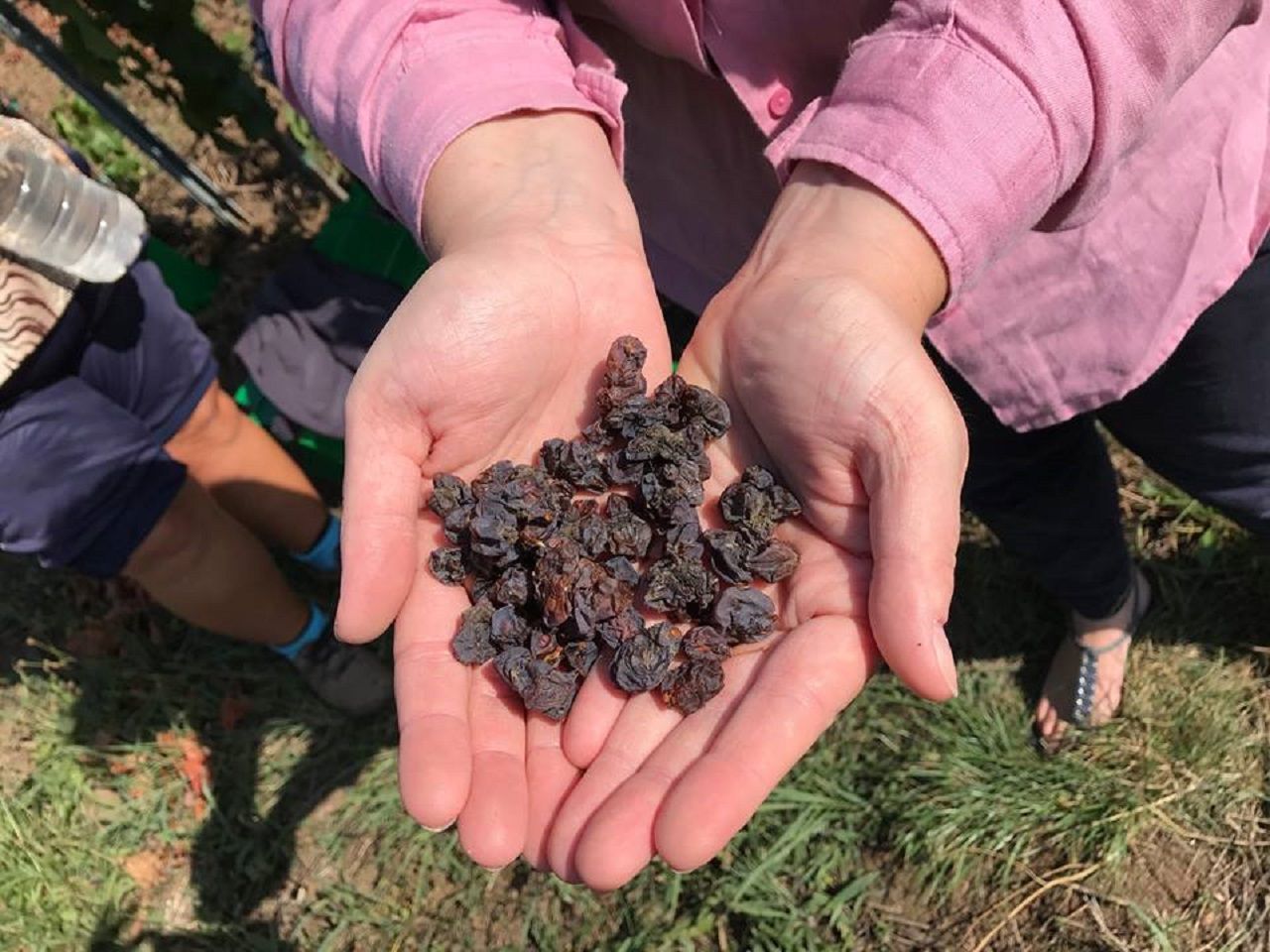 Along with Tokaji, Botrytis cinerea is responsible for some of the most loved Sauternes from Bordeaux. One of those, Château d’Yquem, holds the record for the most expensive white wine in the world. Other areas making wine in that style are parts of Germany, Austria, Italy, Australia, the US, and the Loire Valley in France.

Not every region is equipped for the style, however. Where Tokaj gets humidity from its two rivers, Bordeaux receives its ideal conditions from the Ciron tributary that flows into the Garonne River. Without elements such as these, there can be no Botrytis wines.

But if you want to experience what Louis XIV reportedly called “the king of wines and the wine of kings,” then Tokaji is the gold standard. 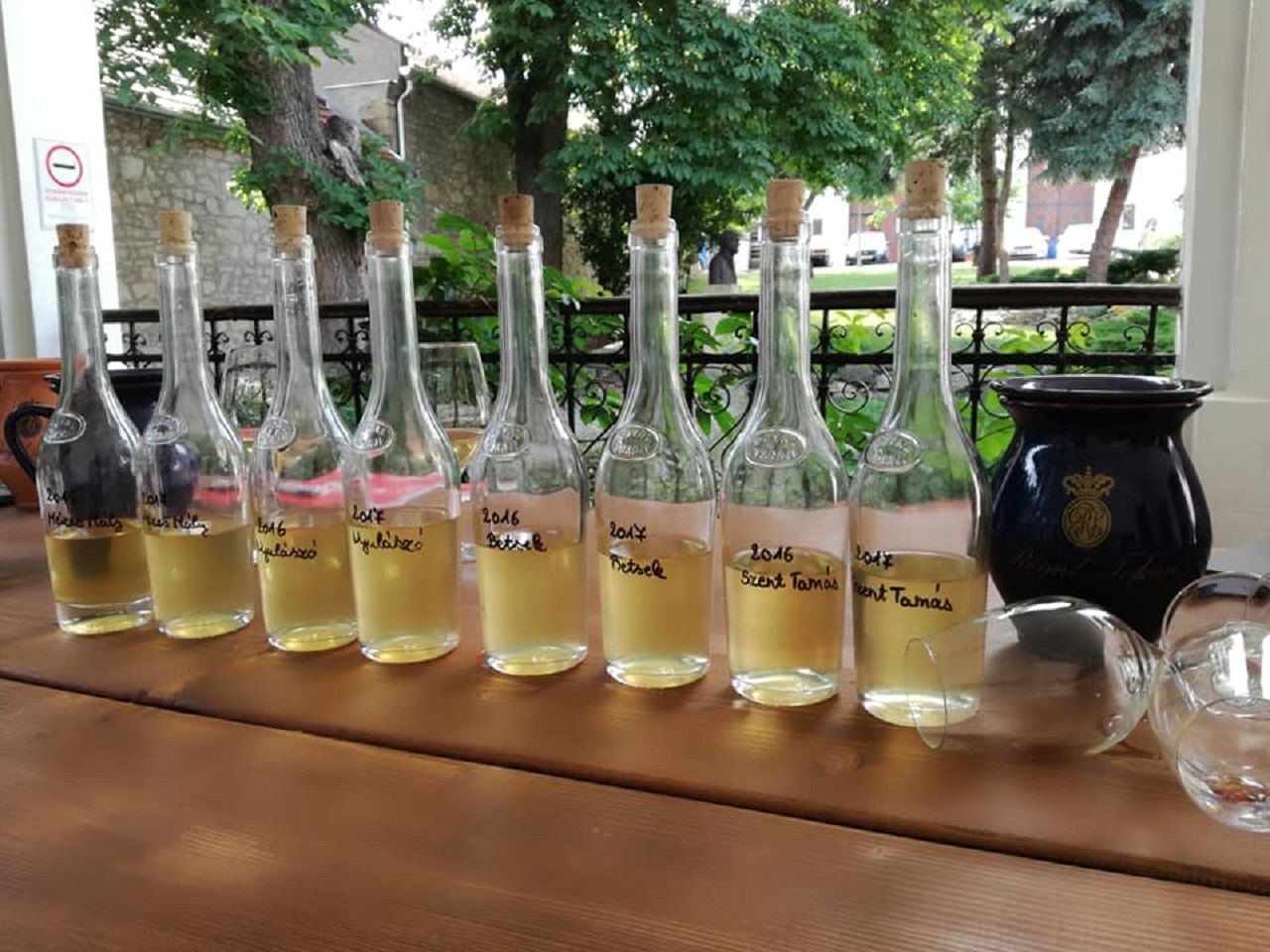 Oremus 5 Puttonyos aszu 2008 — This wine comes with a strong recommendation from Tamás Kovacs, the sommelier at Tasting Table Budapest, which has the largest collection of Tokaji aszu in Hungary’s capital. It’s one of the most historical wines in Hungary, and is one that’s often enjoyed during the holidays. The high acidity of the Tokaji balanced with its crisp sweetness lends itself for pairings with desserts such as fruitcakes, bleu cheese, and foie gras.

Fuleky Pallas Tokaji Late Harvest — With a moderate price and structured acidity to match the sweetness, this Hungarian wine is a great entry point to learning about Tokaji dessert wines. Plus, it’s only 10.5 percent alcohol by volume, making it suitable for drinking throughout a series of small plates or dinner. Pair it with strong, stinky cheeses and fruit-based desserts.

WineThe best place to go wine tasting in all 50 states
Tagged
Food + Drink Wine
What did you think of this story?
Meh
Good
Awesome