At its most basic, a passport is a small book that allows you to move across borders. However, nations around the world know that the travel document is much more than a few sheets of paper.

There are two aspects that are essential to the making of a passport: safety and style. Countries want their passports to be extremely secure so they are not easily forged, but they also know that the look of their citizens’ travel documents matter — it’s a great way to show off a nation’s creativity.

In 2014, the Oslo-based design studio Neue won a competition to redesign Norway’s passport. The goal of the makeover was to heighten the document’s security feature while making sure its graphic characteristics exuded Norwegian identity and instilled a sense of pride and respect in its owners. Neue’s superb ideas certainly answered the call.

Six years later, Neue’s passport redesign is finally in circulation, putting all other passports to shame with its slick, minimalist cover and its beautifully illustrated pages. 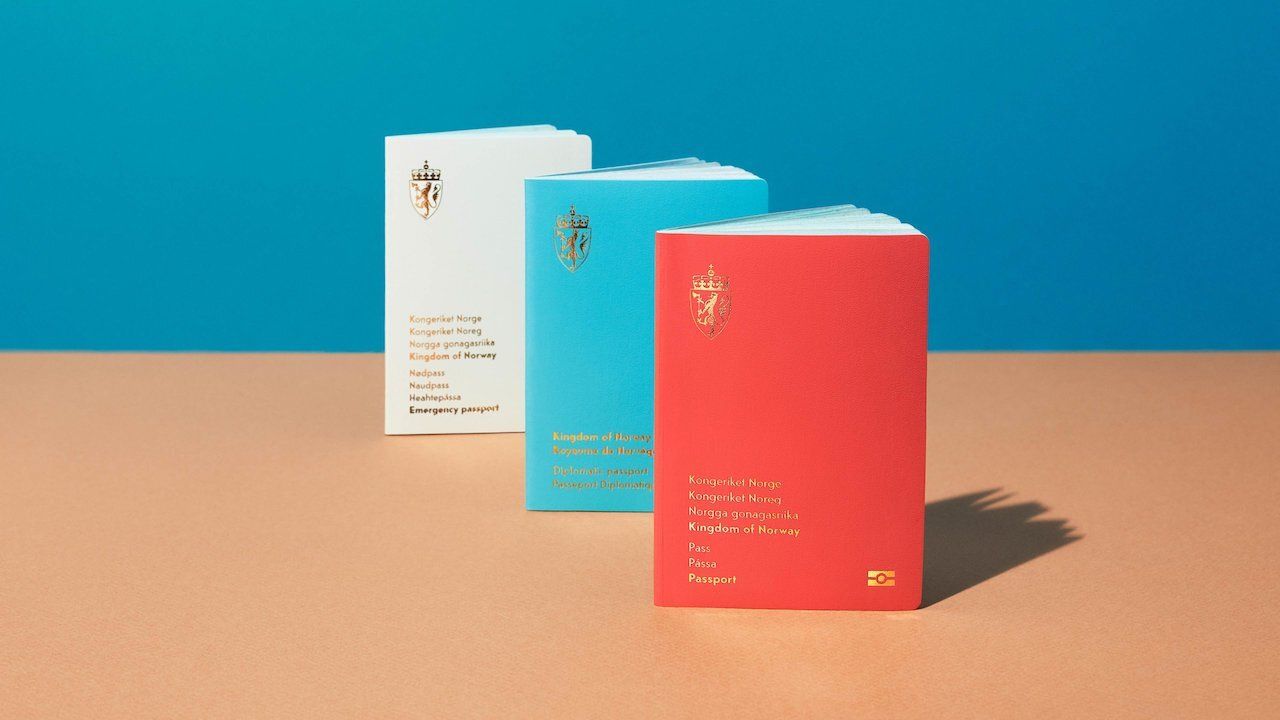 Neue chose to represent Norway’s colors in its different passports — emergency passports are white, diplomatic passports are blue, and regular passports are red. Although red and blue are common colors for passports, the shades chosen are more pastel and bright, for a more modern take. But the cover doesn’t entirely stray from tradition, and has Norway’s crest, as well as the name of the document translated in several languages, embossed in gold — features found on most of the world’s passports. 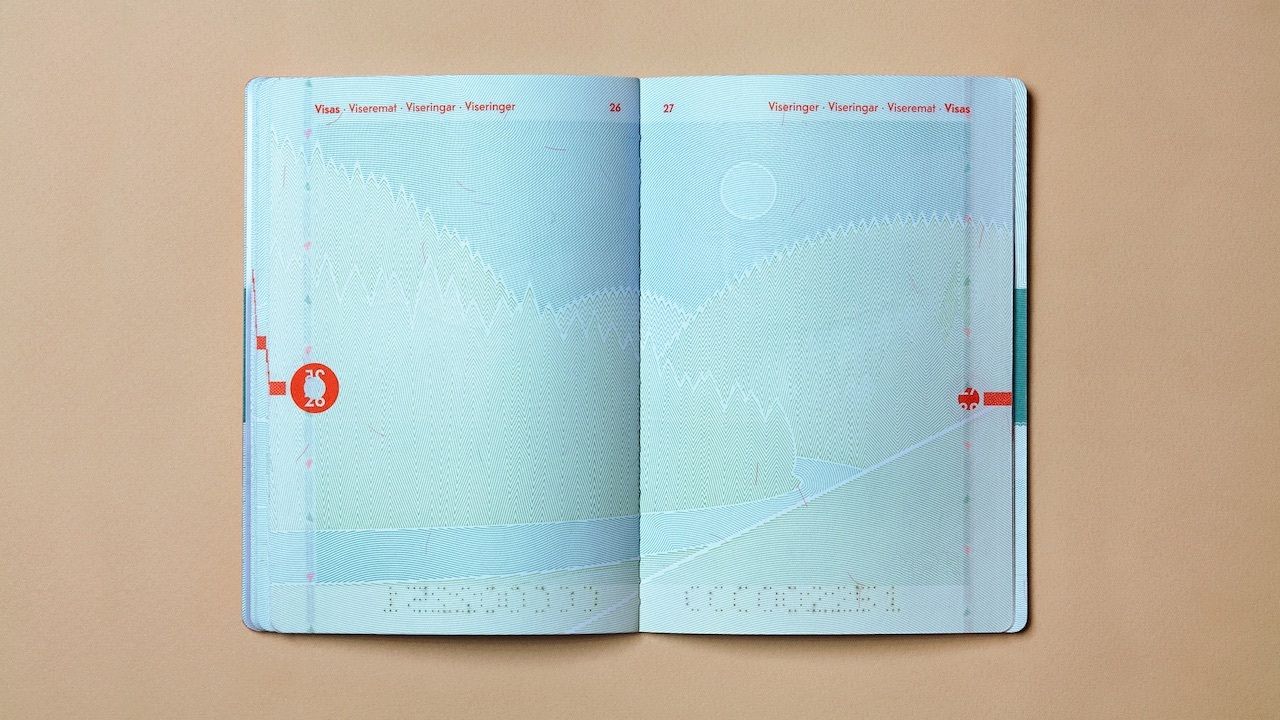 While the outside of the redesigned passport is chic and stylish, the inside is nothing short of magical. Each page is illustrated with the country’s stunning landscapes — including the Lofoten islands and Telemark — in geographical order from north to south as the user flips the pages. Under UV lights, each landscape changes from a daytime scene to a nighttime one, with vibrant holograms of the moon and the northern lights, among other natural phenomena.

Neue explains its design choice on its website, “The landscapes surrounding us give a sense of belonging and pride, and fill a symbolic function for the entire nation. Images of scenery and landscape can easily become clichés, but by being widely accepted and deeply rooted in Norwegian culture, they are also very easy to identify with.” 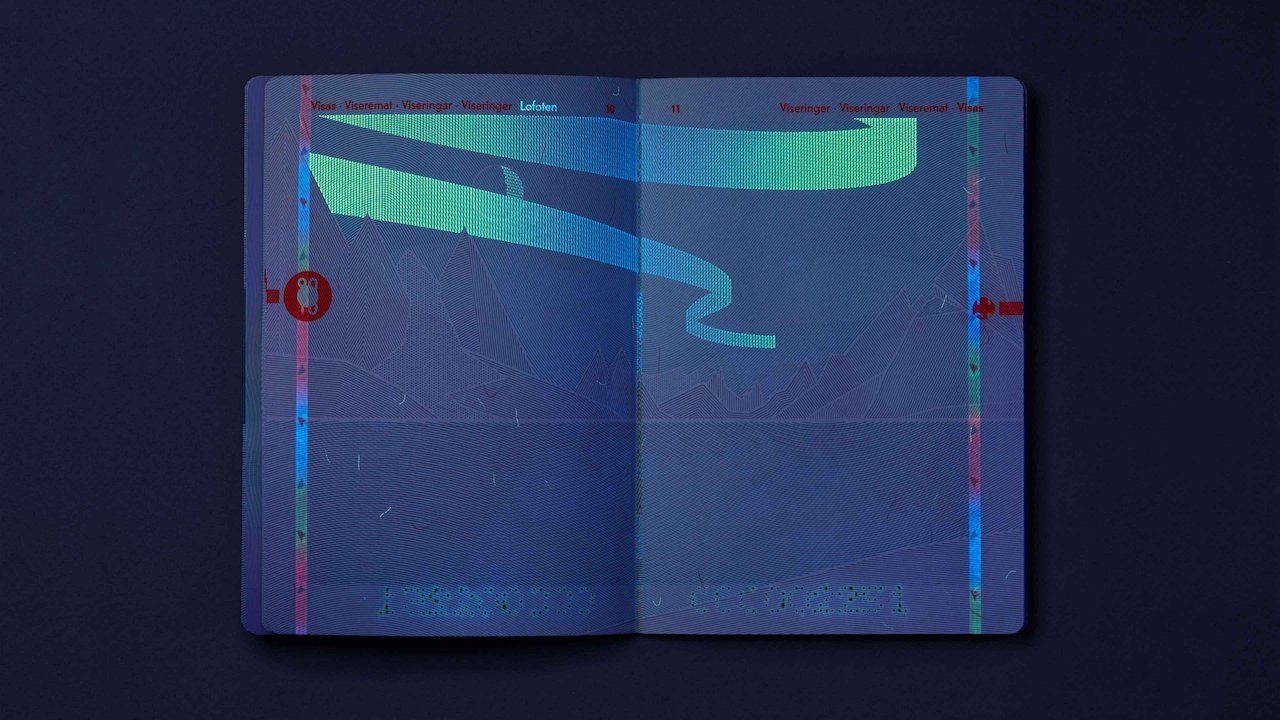 The first new passports were issued on October 19. Those who want to obtain one will have to wait until their former, less-attractive passports have expired.

A version of this article was previously published on September 24, 2015, and was updated on November 9, 2020, with more information.