We’re nearing the close of another year and with reflection also comes goal setting. If fitness, specifically running, is on your radar for 2019 here is a rundown — pun intended — of outdoor races you should sign up for now. From a Star Wars-themed half marathon through Disney World, Florida, to an ultra-marathon through the Alps, here are the best runs in 2019. 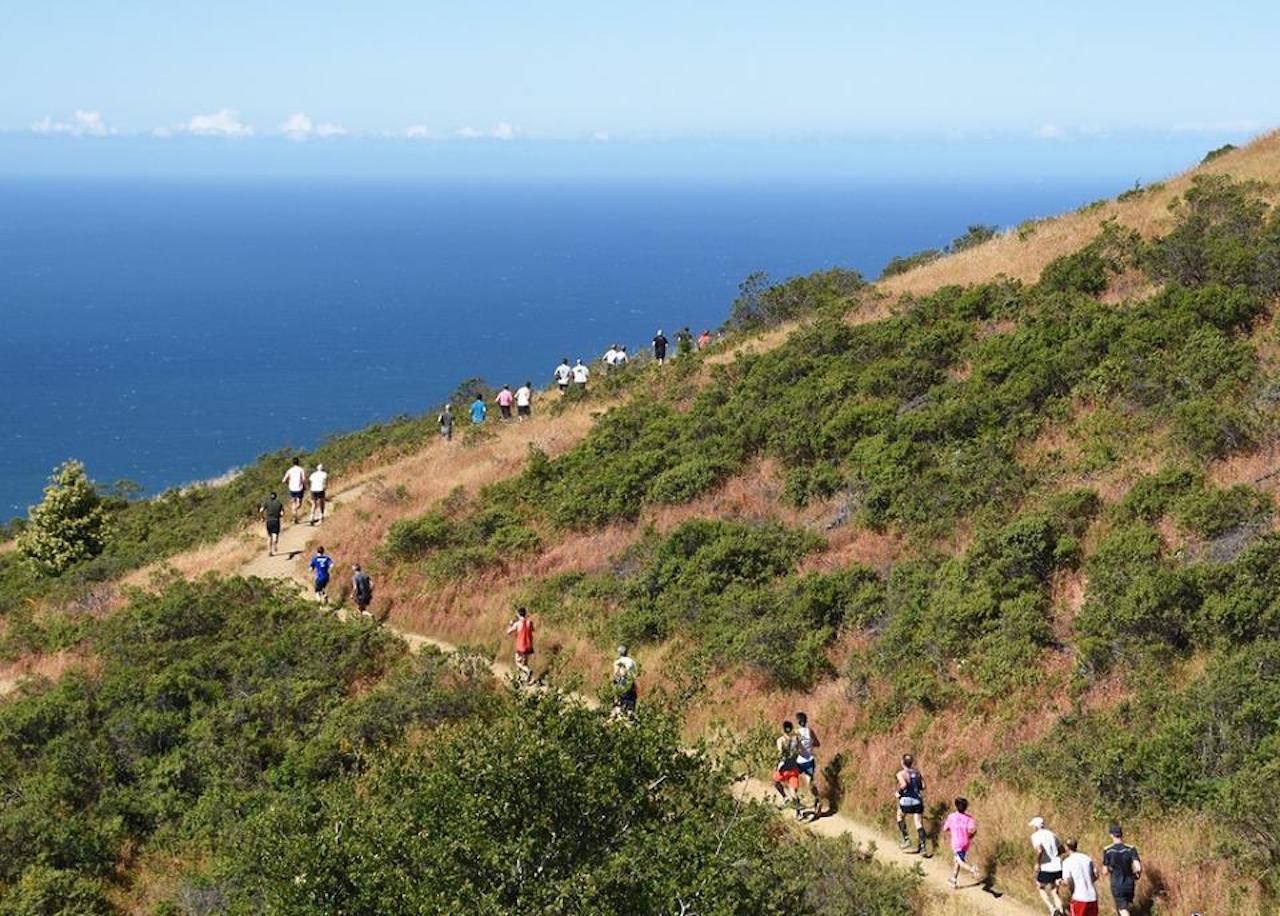 If short distances and history strike your fancy, The Dipsea Race in Northern California might just be for you. The first run took place in 1905, making the Dipsea the oldest trail race in the US. Although a short run — only 7.4 miles — you’re in for a challenge with steep trails and stairs, but don’t let that dissuade you from signing up. This is 7.4 miles of California’s finest greenery, so if anything, the beauty will distract you from your burning quads. Held in June and capped at 1,500 participants, the Dipsea receives race entries from all over the globe but gives a slight preference to local runners. Welcoming runners of all abilities, the unique age and gender handicapping system gives anyone a fair chance of winning. 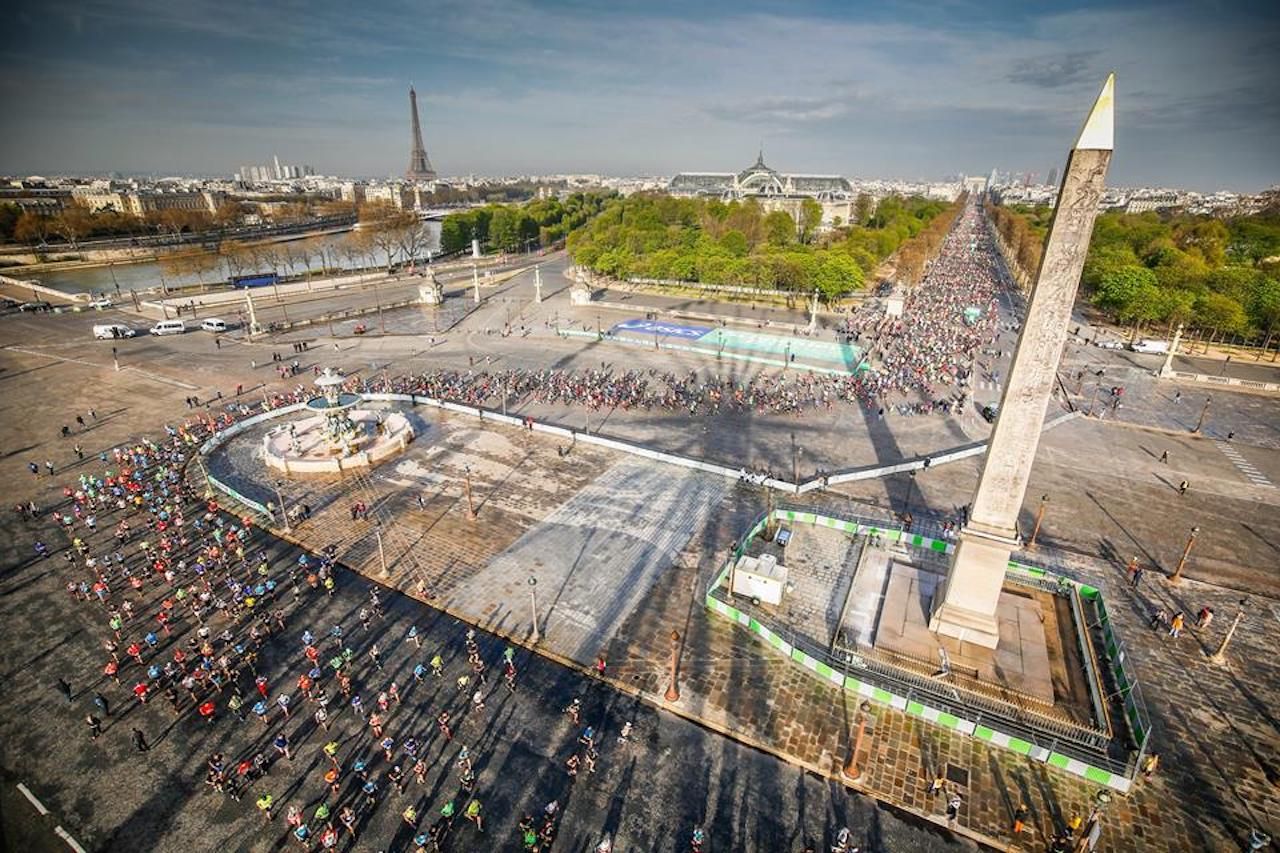 Paris hosts its marathon every April, and you’re in for epic eye-candy during this race. The course begins at the Arc de Triomphe and runs down the Champs-Elysees. Following along the Seine, runners pass the iconic Eiffel Tower, Louvre, Notre Dame Cathedral, and many other famous sights. Around 57,000 runners from 145 nationalities participate every year in the Schneider Electric, which means a lot of congestion at the start of the race. Be prepared to run close to other runners for parts of the race, and be sure to give yourself extra time to find your start corral. The Paris Marathon does have a course time limit of six hours — but if any motivation is needed to finish, locals are known to serve wine and cheese to runners in the final miles. 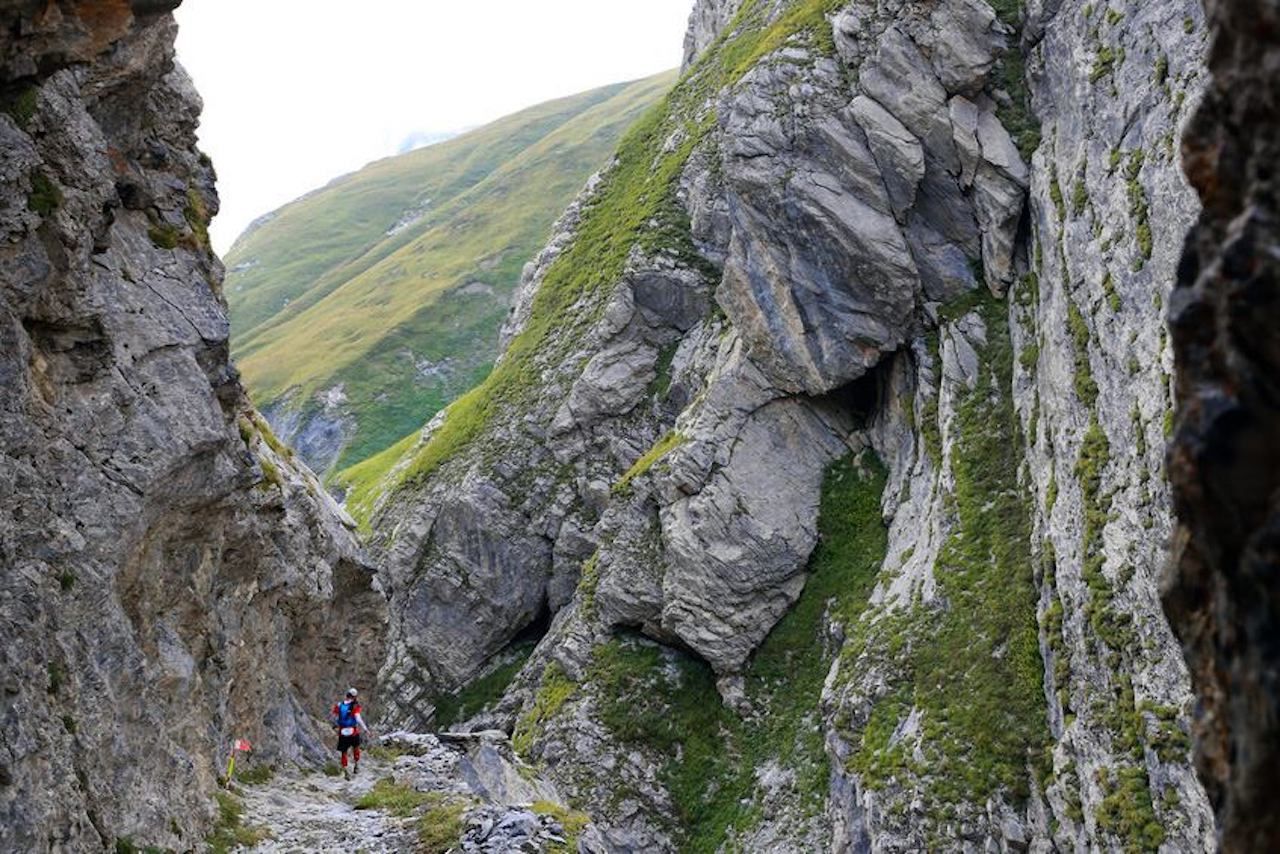 Three countries and 46 hours around Europe’s highest peak, the Ultra Trail Mont Blanc is the pinnacle of all alpine trail races. Well known among competitive trail runners, this race is a single-stage mountain ultra-marathon that traverses 104 miles through France, Switzerland, and Italy. The route follows the Tour du Mont Blanc hiking path, a trek usually hiked in seven to nine days — but this race is completed in far less time. Runners have time barriers for each stage and experience an elevation gain of anywhere between 6,500 to 32,000 feet.

Registering for the UTMB® can happen one of two ways: through a points system or through a draw. Registration ends in early January, but even the most seasoned trail runners don’t always get a spot due to its increased popularity. Don’t fret, though; priority registration happens for those who do not get selected after the second year. 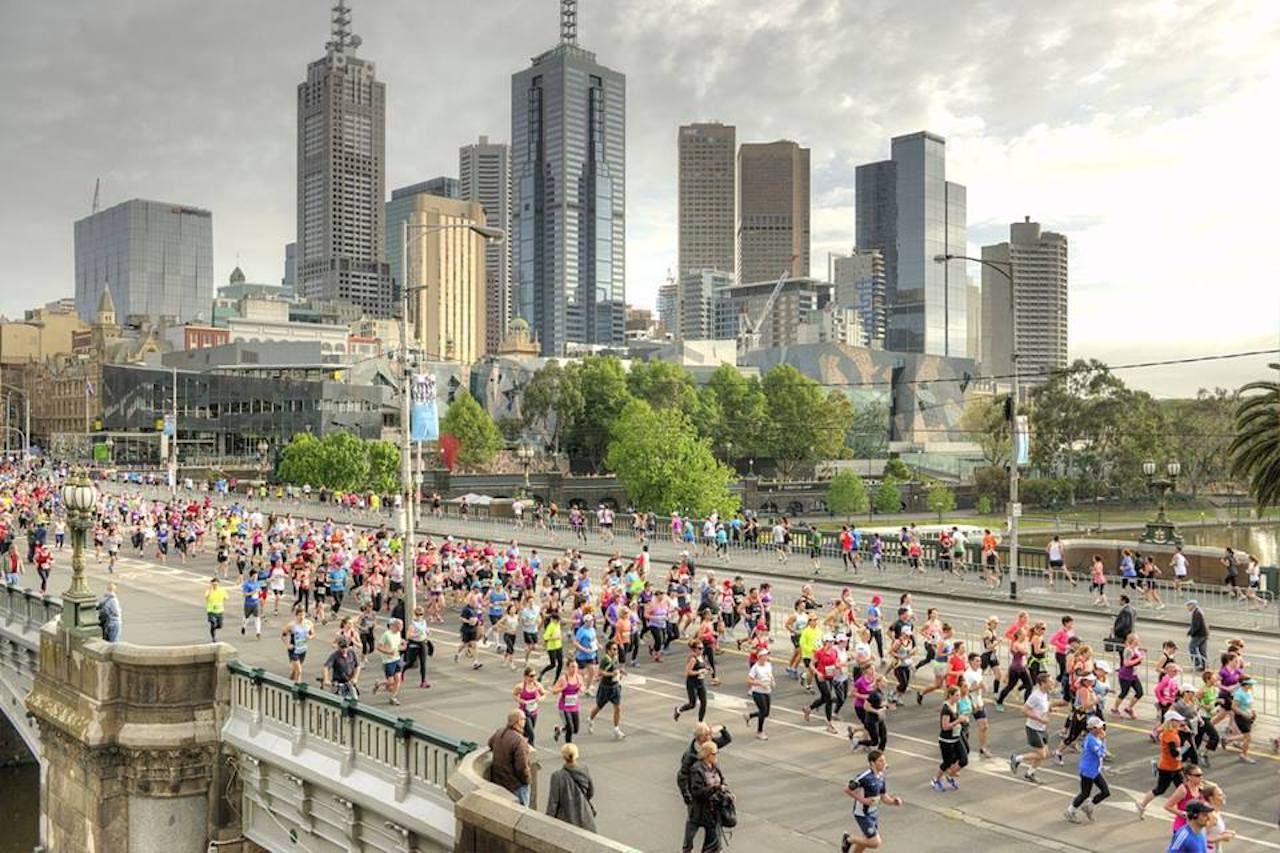 The spring weather in October in Australia makes this an excellent time for the Melbourne Marathon Festival. The festival organizes events for walkers and runners of all experience levels, with distance options from a five kilometer (three mile) to a full marathon. As one of the country’s largest marathons, the event attracts over 30,000 participants from all over the world. The festival allows participants to run past some of Melbourne’s iconic landmarks like Flinders Street Station, the Botanic Gardens, and Albert Park Lake. All events start on Batman Avenue and end with a lap on the turf of the Melbourne Cricket Ground. 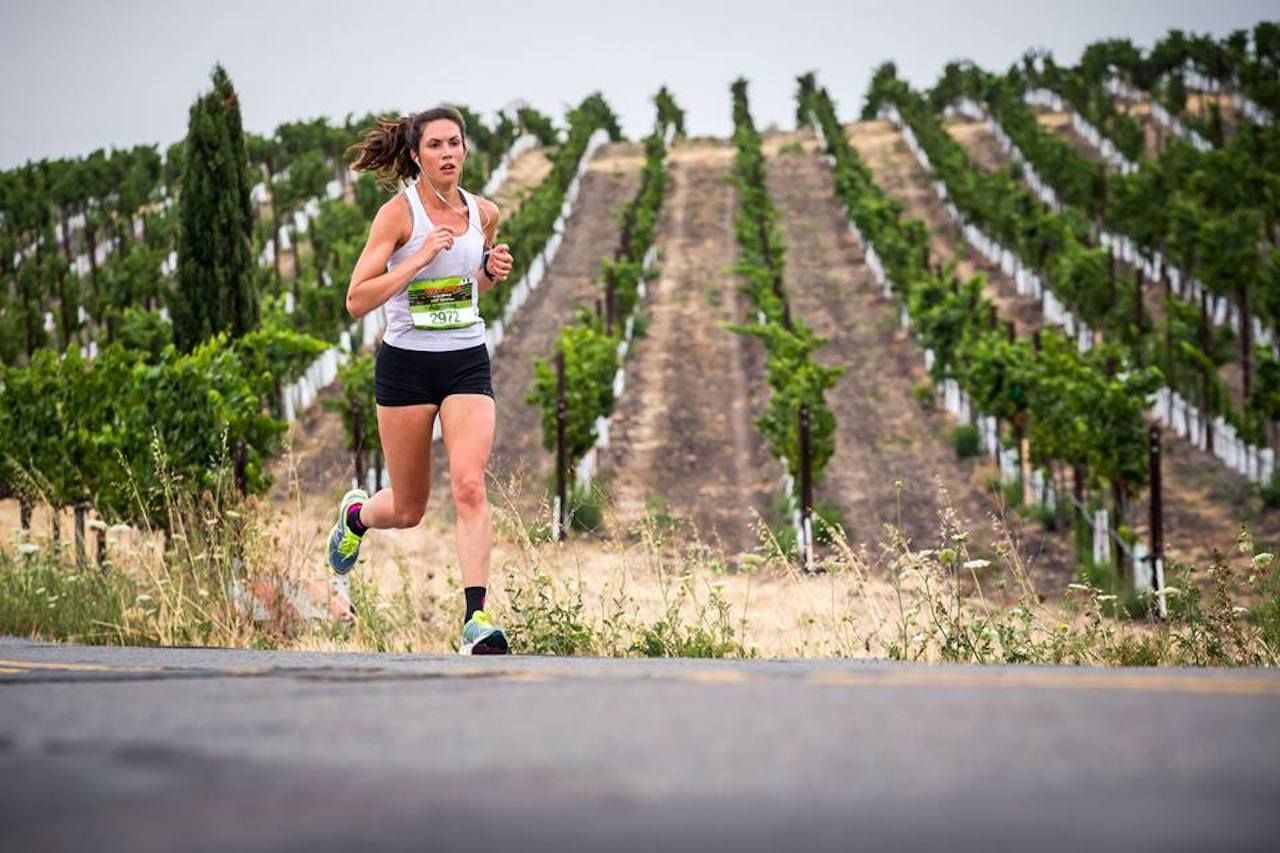 Napa-to-Sonoma is a half marathon you won’t want to miss. Taking place in July, this fast and scenic course is a wine connoisseur’s dream. The world-renowned valleys of Napa and Sonoma serve as the event host, offering some of the finest ambiance and hospitality.

Runners race through hundreds of acres of vineyards and pass the Napa-Sonoma Marshes Wildlife Preserve. It starts at Cuvaison Carneros Winery and finishes in the historic Sonoma Plaza in front of City Hall, where participants get to sample the goods of the post-race wine festival that awaits. The bucket list destination race celebrates its 15th anniversary in 2019 and was recently named one of the Top 20 Half Marathons. This race is arguably the most popular event in the Wine Country Half Marathon Series and sells out every year — so sign up soon. 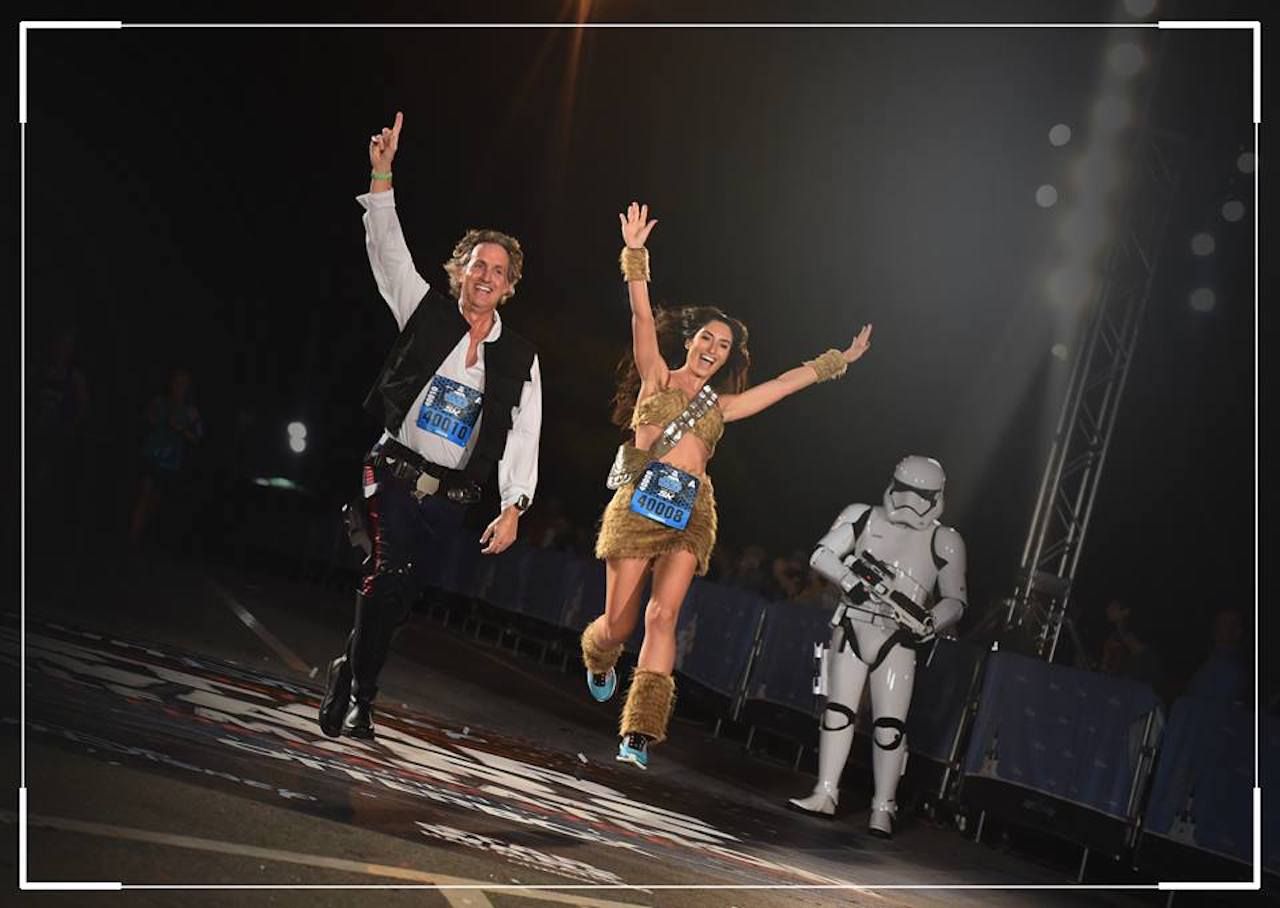 In a galaxy far, far away — otherwise known as Orlando, Florida — you can dress up and run a half marathon as your favorite Star Wars character. Every April, the Walt Disney World resort hosts a weekend of races fit for every member of your family. From kids’ races to a half marathon and an endurance test of running a combined 10-kilometer (six-mile) race and half marathon in the same weekend, there is a race for everyone. But really, you don’t run the Star Wars Rival Run for the miles. The costumes and medals are the real highlights. You can run next to Chewie and Darth Vader and get one — or two if you do the endurance challenge — out-of-this-world Star Wars collectable medals to commemorate your run. Harness the force and plan your Star Wars weekend for the spring. 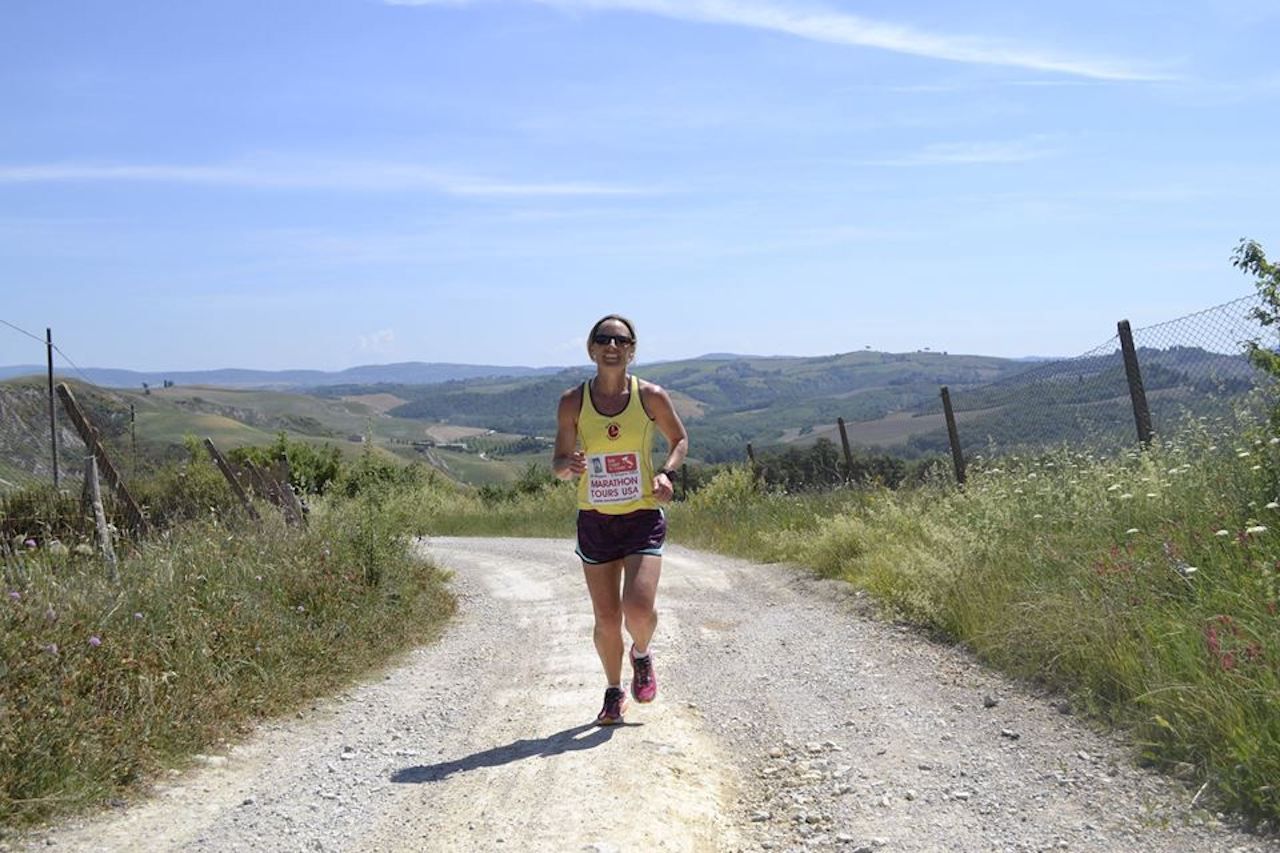 Italy Coast to Coast Relay is a four-day, 213-mile race from the Adriatic sea on the east coast of Italy to the Tyrrhenian Sea in the west. Teams of four runners race through the winding roads of central Italy, passing through Emilia-Romagna, Marche, Umbria, and Tuscany. Because of the varying terrain, trail shoes are recommended for the event. The race, held in early June, begins at 7:00 AM each morning and concludes at 6:00 PM in the evening. Each participant is expected to run between 12 and 15 miles on each of the four days, spending the evenings in a new village and celebrating the days’ accomplishments with the local cuisine.

If any of this strikes your fancy, there are some other things to keep in mind. Each team member must be able to run a half-marathon length in 2.5 hours or less, and each team is responsible for transporting teammates in a support van with supplies. Running across Italy, of course, will be challenging — but the experience, sights, and food will be worth the adventure. 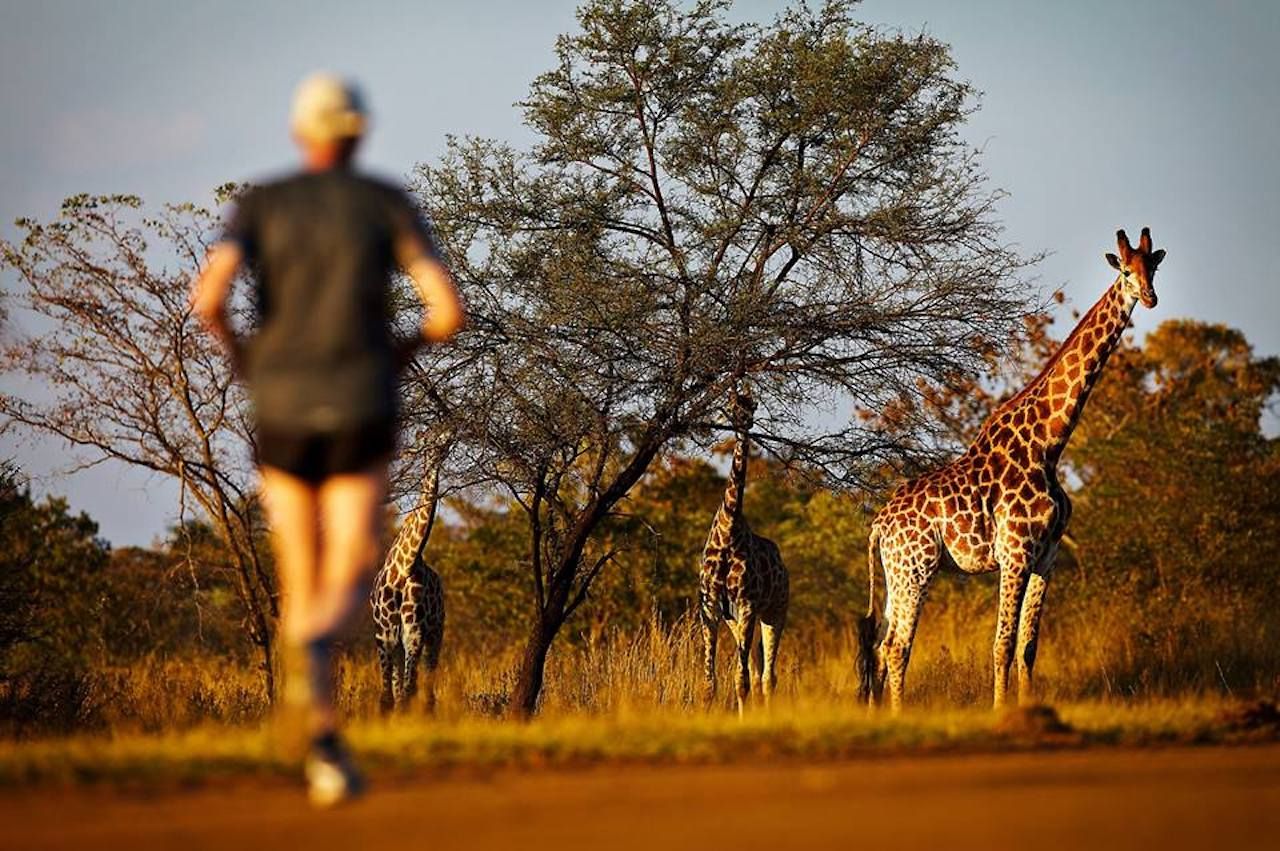 The new live-action Lion King is scheduled to hit theaters in July 2019, but you can experience your own version of a real-life animal kingdom one month before at The Big Five Marathon. The event offers a half-marathon and marathon distance on the Entabeni Game Reserve, a private reserve located in the Limpopo Province between Kruger National Park and Johannesburg. Per the race’s namesake, you will have the opportunity to view the “Big Five” — the African lion, elephant, leopard, Cape buffalo, and rhinoceros — and a number of other species and bird life on the reserve.

Runners endure average daytime temperatures of 60 to 77 Fahrenheit on a remote, hilly, and challenging course that traverses through high altitudes. To ensure safety, there are three very strict cut-off times for both the marathon and half-marathon, with compulsory set completion times. Good pre-training might include running on trail ground to prepare for the loose rocks and soft beach sand you’ll find in some parts of the course. If this isn’t an option, don’t worry too much. Most of the course is on a well-traveled dirt surface.

RunningEpic Outdoor Marathons That Will Motivate You To Run
Tagged
Running Trip Planning
What did you think of this story?
Meh
Good
Awesome