The marathon was inspired by the legend of Pheidippides, a Greek soldier who raced from Marathon to Athens with news of the Greek victory over an invading army of Persians in 490 B.C. While the modern marathon is still the same 26.2 miles (42K) in distance, most races are held on boring stretches of city pavement — hardly motivating scenery for someone who needs the extra push. Thankfully, though, more and more races are popping up throughout the globe in some of the most picturesque and surreal locations. These outdoor marathons will take you through mountain passes, coastal cliffs, and even deserts. They’re sure to inspire the likes of serious runners and curious explorers to lace up their sneakers and hit the trail. 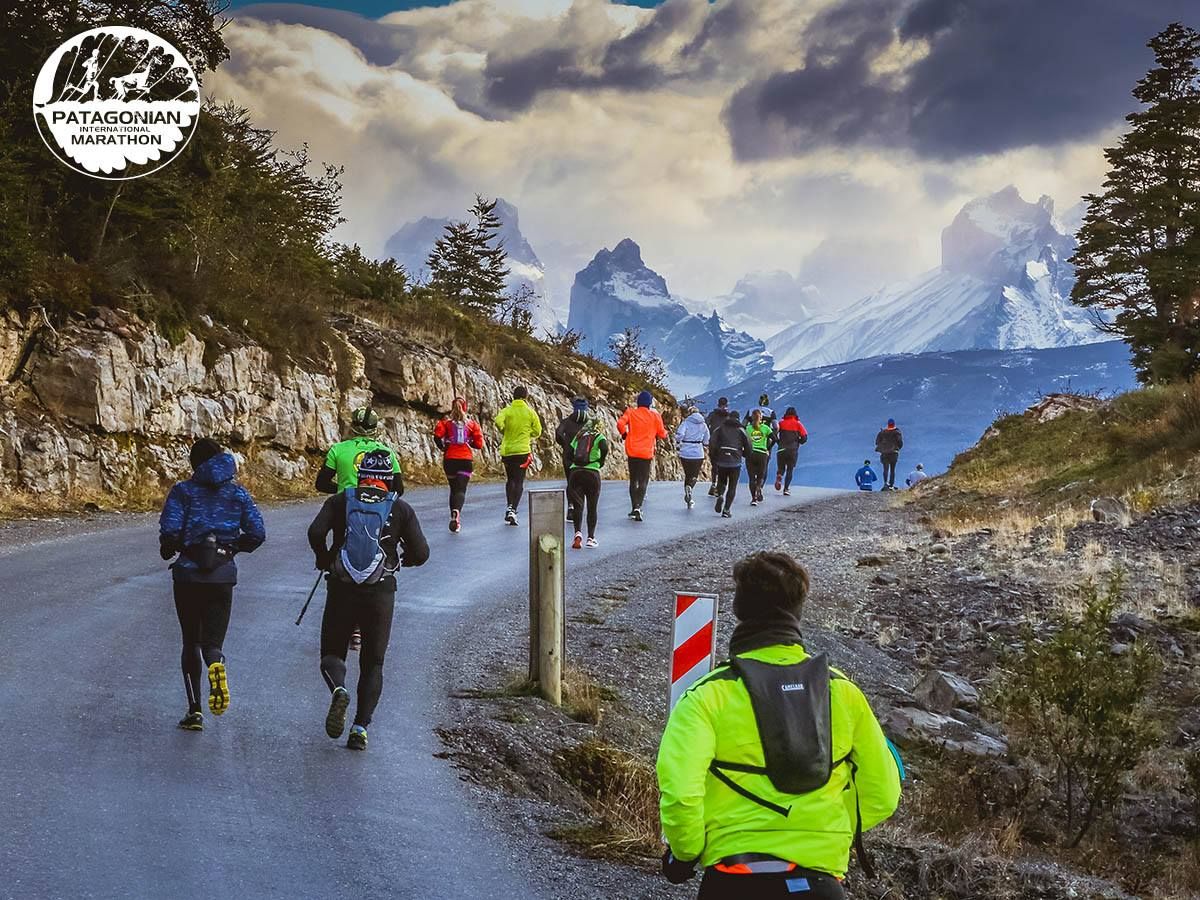 Celebrating six years in September, the Patagonian International Marathon arguably offers one of the most pristine running views on the planet. Located on the Chilean side of Patagonia, the race covers the southern tip of the region overlooking the surroundings of Torres del Paine National Park. Offering distances of 42K, 21K, and 10K, elite to novice runners will find a course fit for them with a shared finish line at the Hotel Río Serrano. 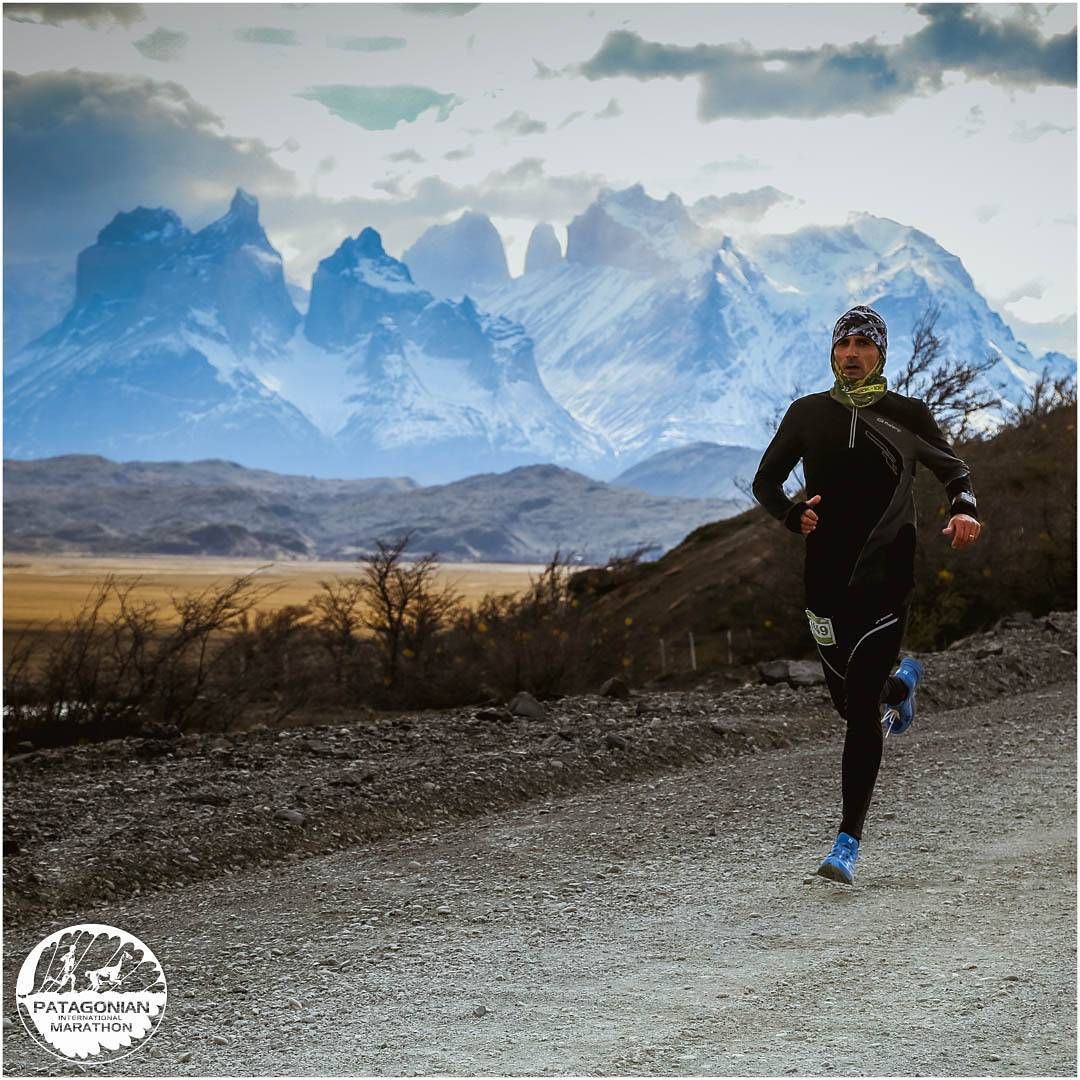 Albeit beautiful, expect challenges on the course with winding asphalt and gravel roads and varying slope changes. Terrain aside, the real challenge to consider is the unpredictable climate. While the Southern Hemisphere will just be on the brink of spring, strong winds may surprise you on race day. 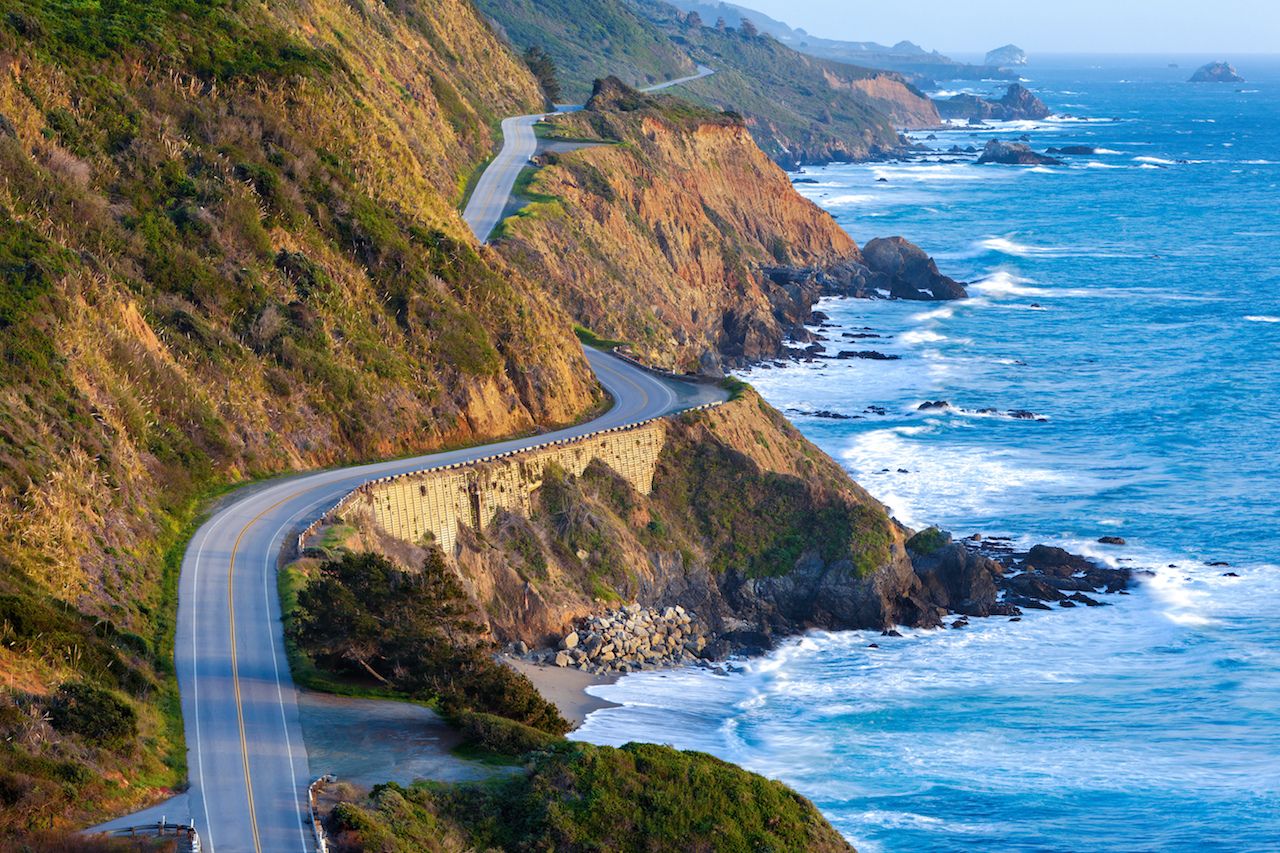 In April, runners have the opportunity to run a point-to-point course from Big Sur to Carmel along California’s scenic Highway 1. The Big Sur Marathon offers distances as short as 5K to a full marathon. Those who want to form a team can sign up for the 4-person relay which races the entirety of the marathon course. It is open to runners of all levels but be aware that this race is well known for its tough climbs. Just before the halfway mark, you’ll hit a 520-foot ascent at “Hurricane Point”. 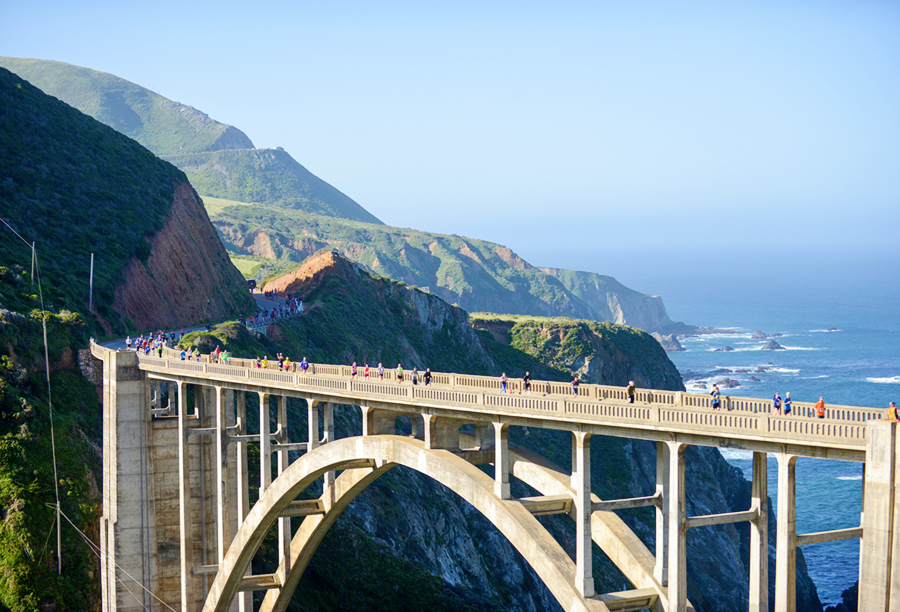 The worst is behind you from here and you’ll approach the centerpiece of the Big Sur marathon, the iconic Bixby Bridge. With coastal mountains, crashing waves, soaring redwoods, lush pastures, and stunning views of the Pacific, you will quickly understand why Big Sur is often a “bucket-list” course and deservingly known as one of the most beautiful races in the world. 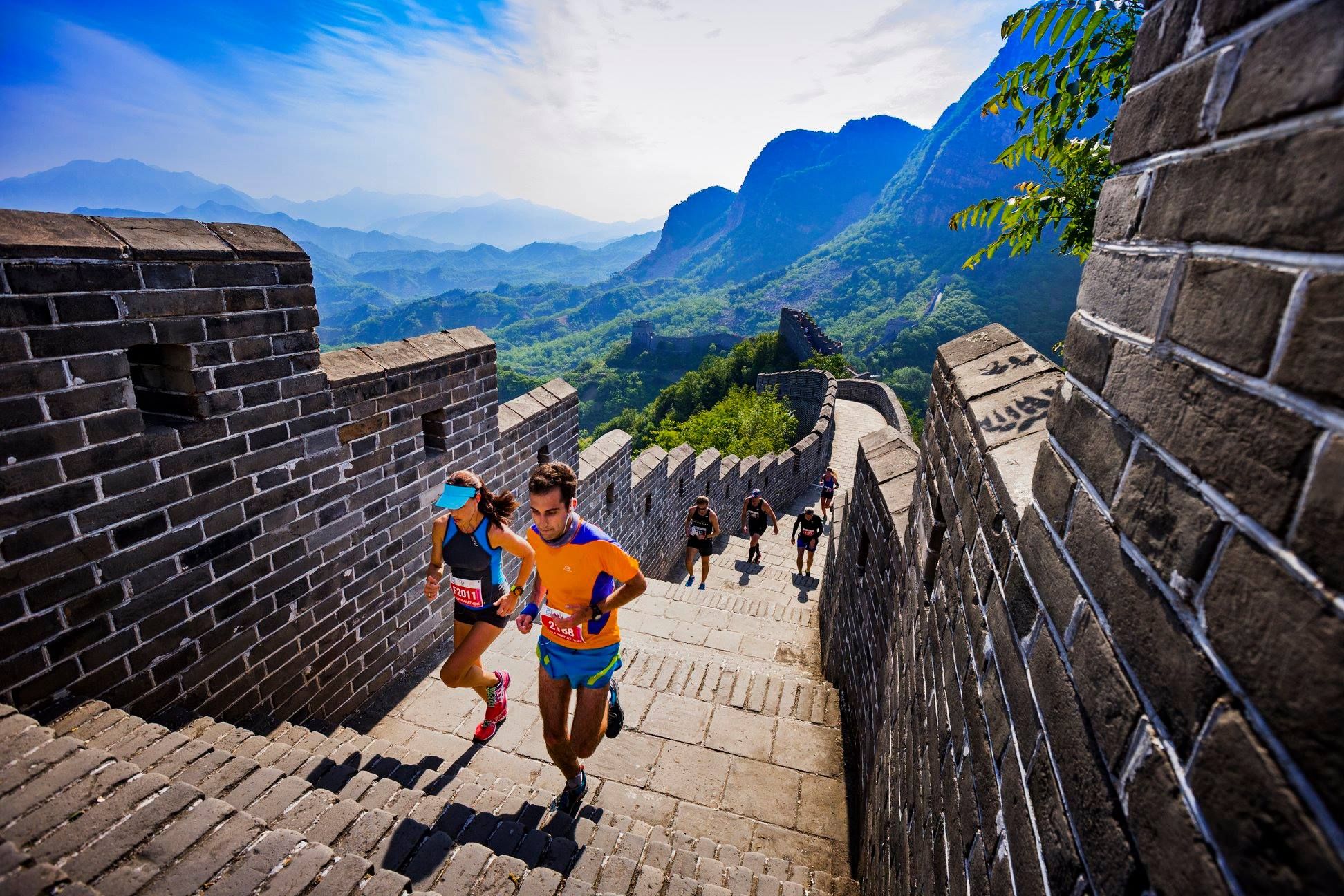 Known as one of the most challenging marathons in the world, the Great Wall Marathon requires 5,164 steps of steep climbs along the most recognizable symbol of China. With much of the Great Wall still in its original state, runners should expect loose stones, missing steps, or no steps at all in some parts of the course. 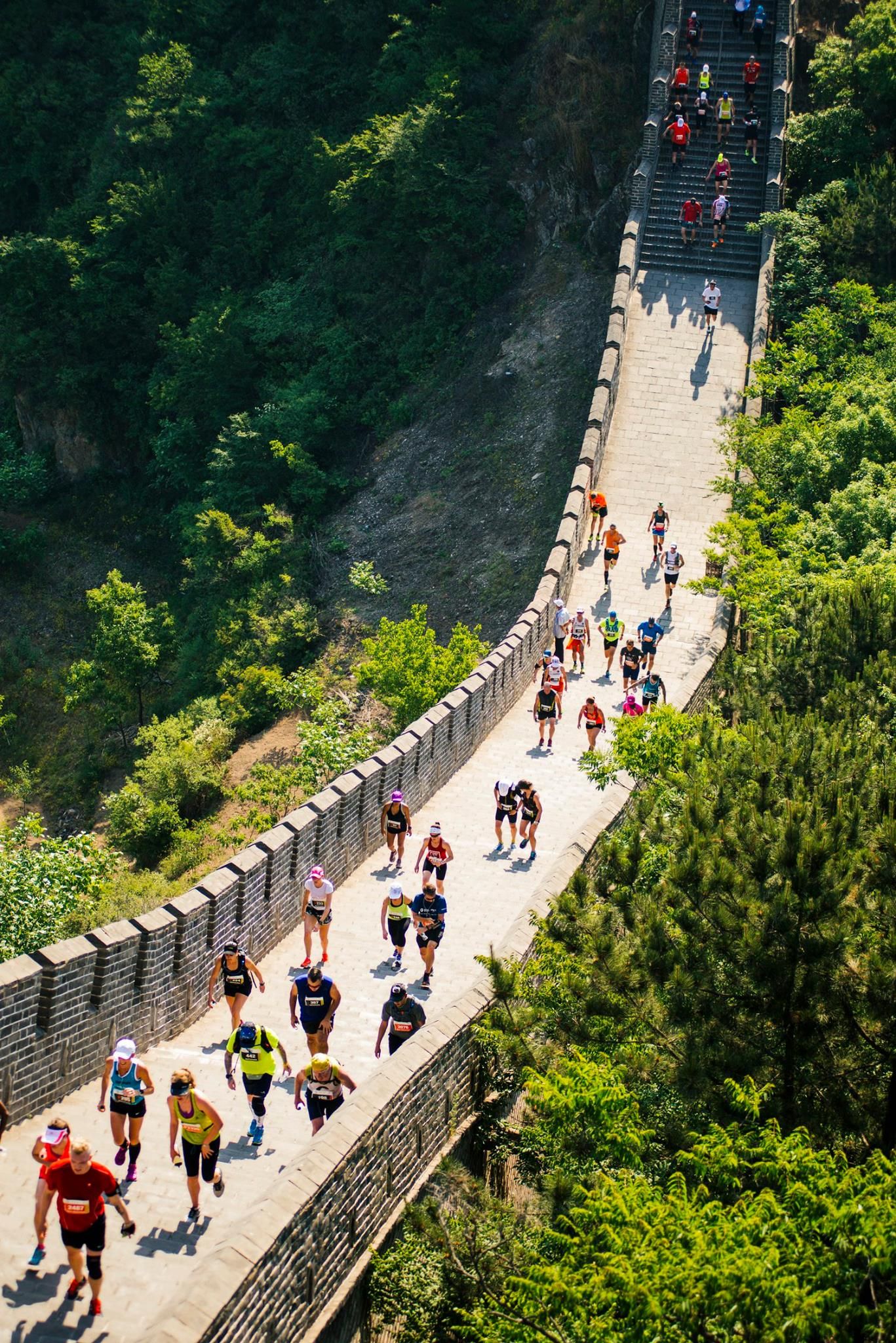 Offering three distances (8.5K, 21K, and 42K) and an 8-hour cut-off time, this arduous endurance challenge is no doubt rewarded with breathtaking views and the bragging rights to which you can say, “I ran a marathon on the Great Wall of China.” 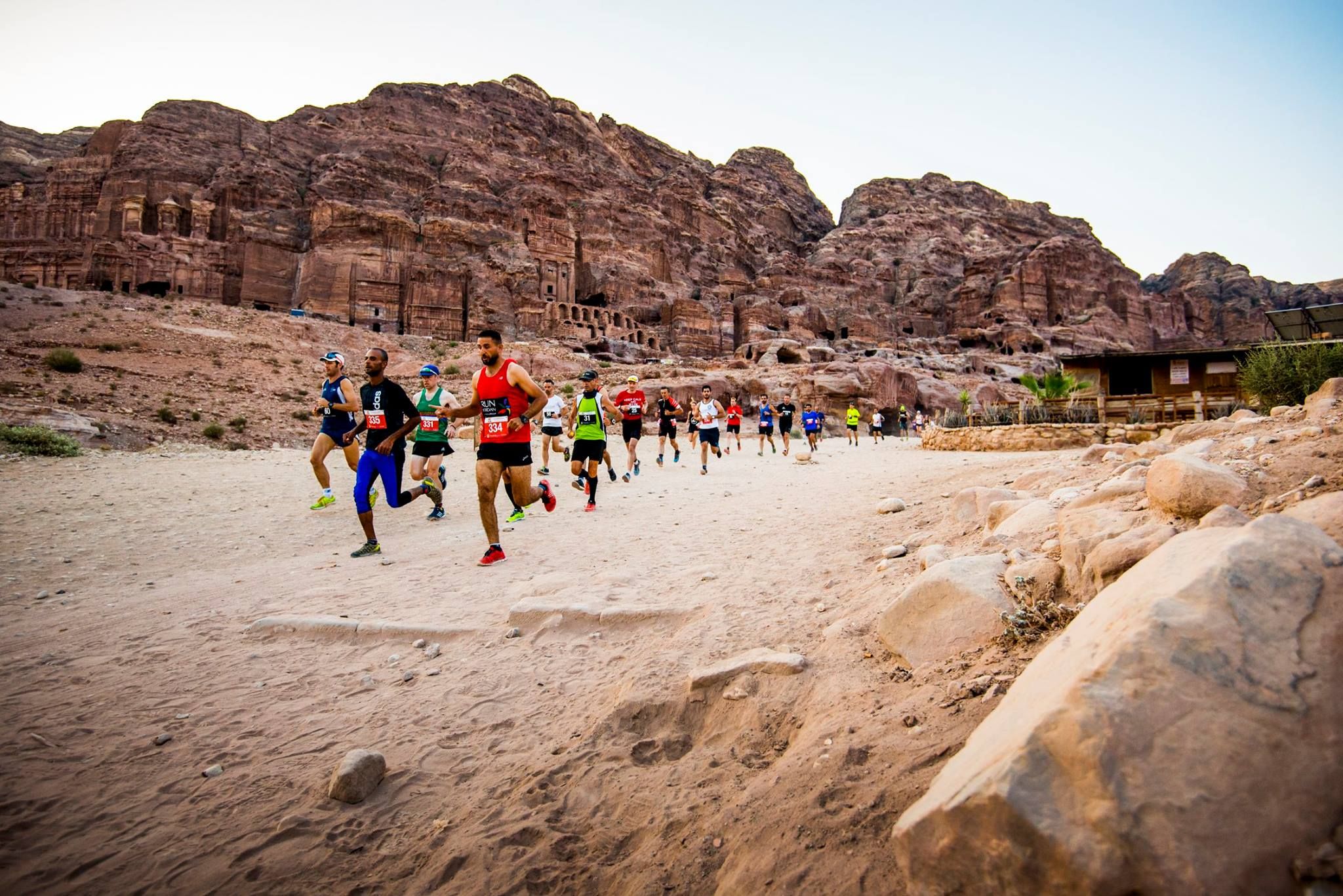 You may feel like you’ve traveled back to ancient times or are part of an Indian Jones movie when running the Petra Desert Marathon. A race like no other, this marathon and half-marathon adventure challenge is set in the desert of Jordan. 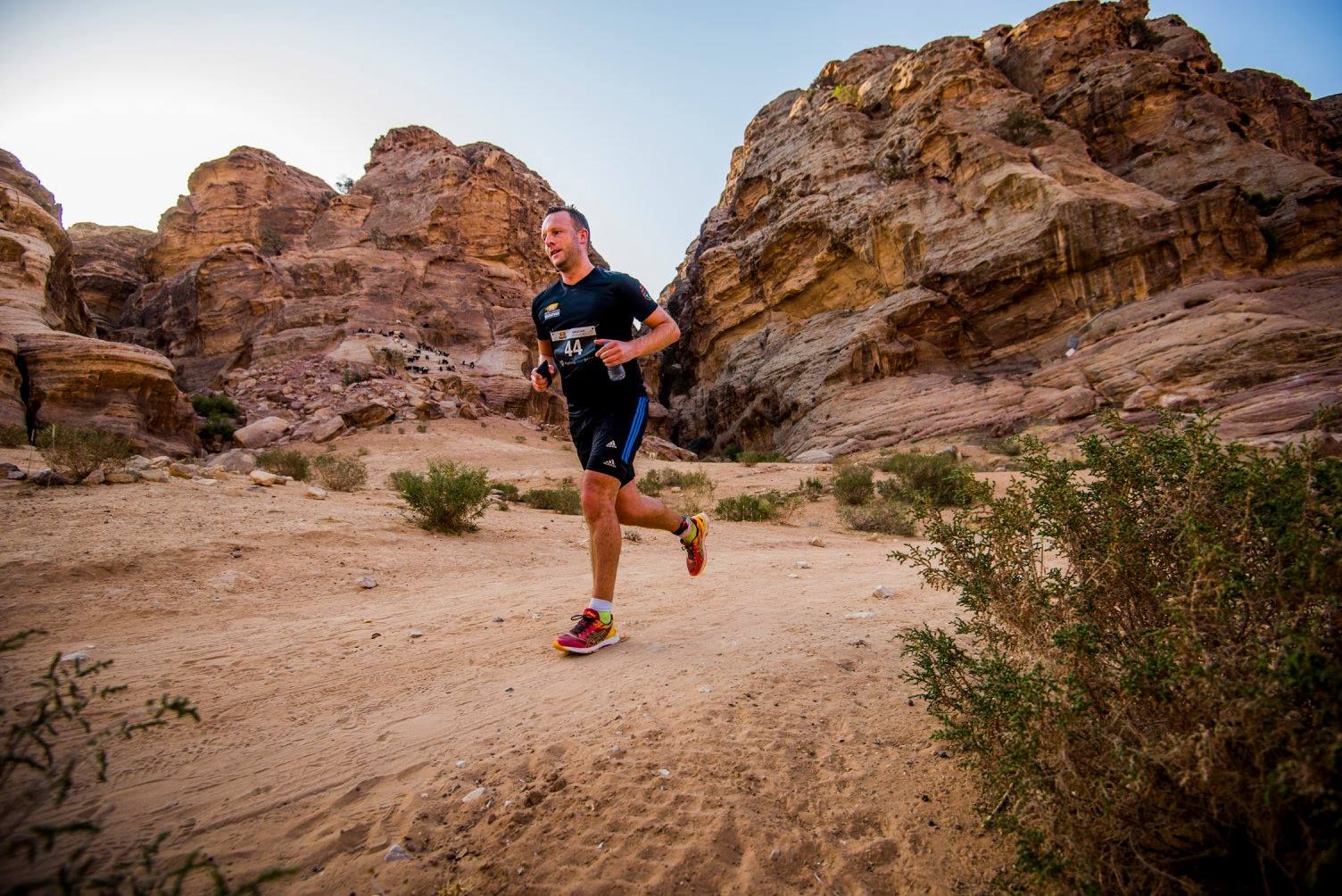 Starting in UNESCO World Heritage Site, Petra, the route takes runners past ancient mountainside carvings before stepping foot into the hilly lunar-like mountain landscapes of the surrounding desert. With a challenging terrain of sand, gravel, and asphalt, runners can expect a hot race with very little shade. 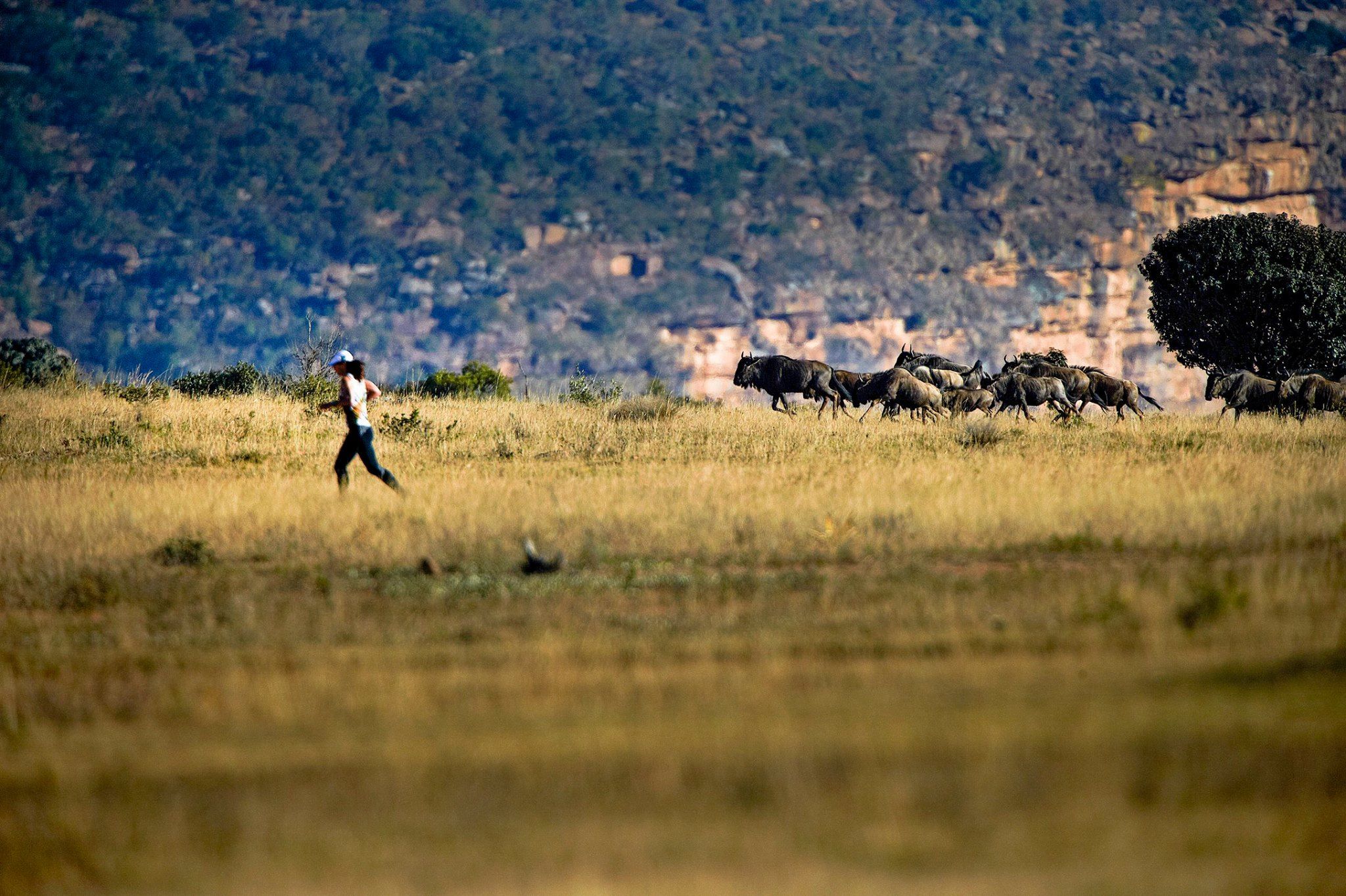 A marathon and a safari — that is the Big Five Marathon in a nutshell. Taking place on the Entabeni Game Reserve in South Africa, runners have the incredible opportunity to partake in a challenging race routed through the habitats of the most famous African game: elephant, rhino, buffalo, lion, and leopard. 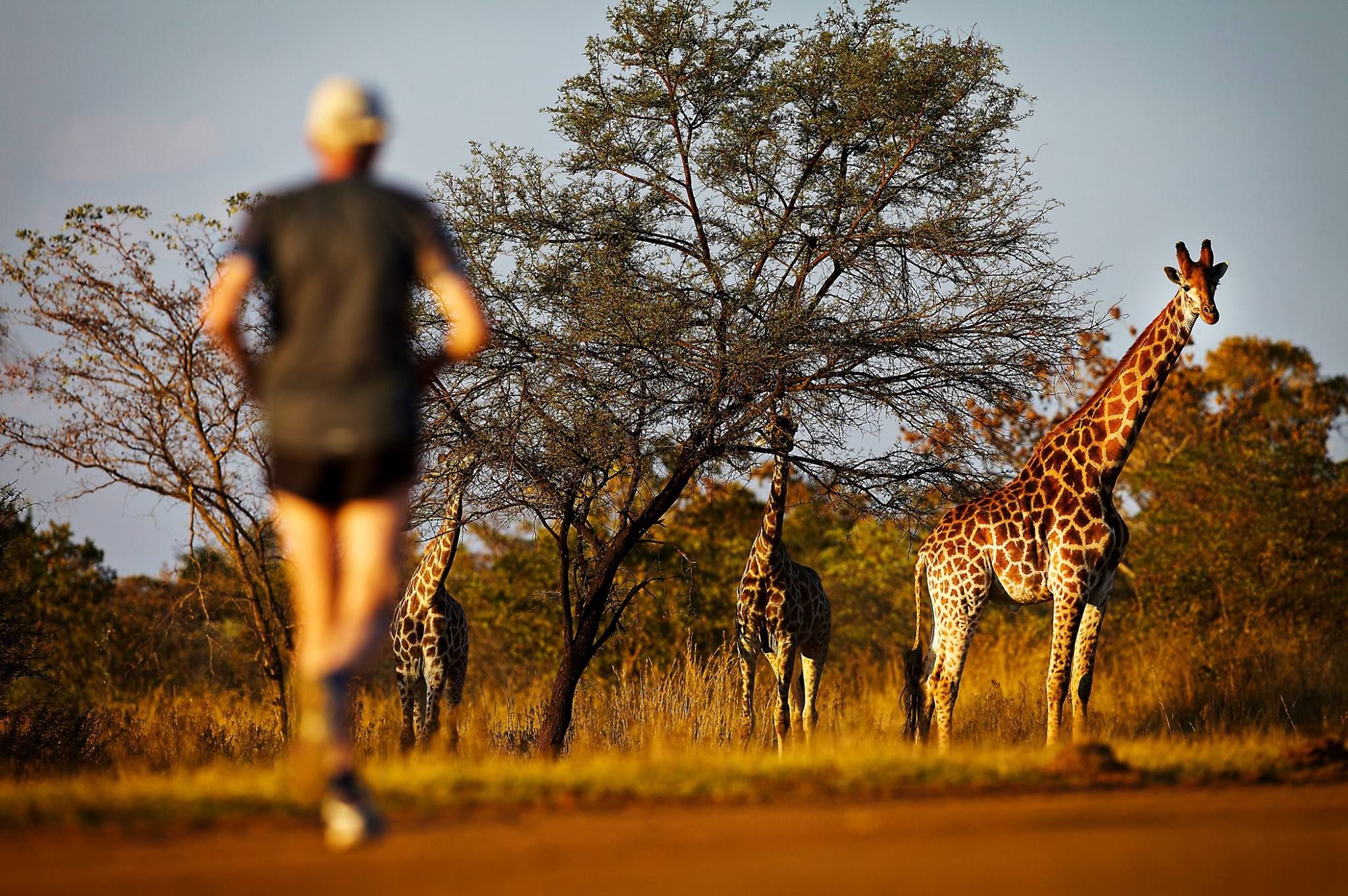 While you are likely to see other African wildlife on race day, don’t forget to take in the magnificent scenery as well as you traverse along the dirt-surfaced course. Offering a half-marathon and marathon distance, adventure seekers can expect a hilly run at higher altitudes. 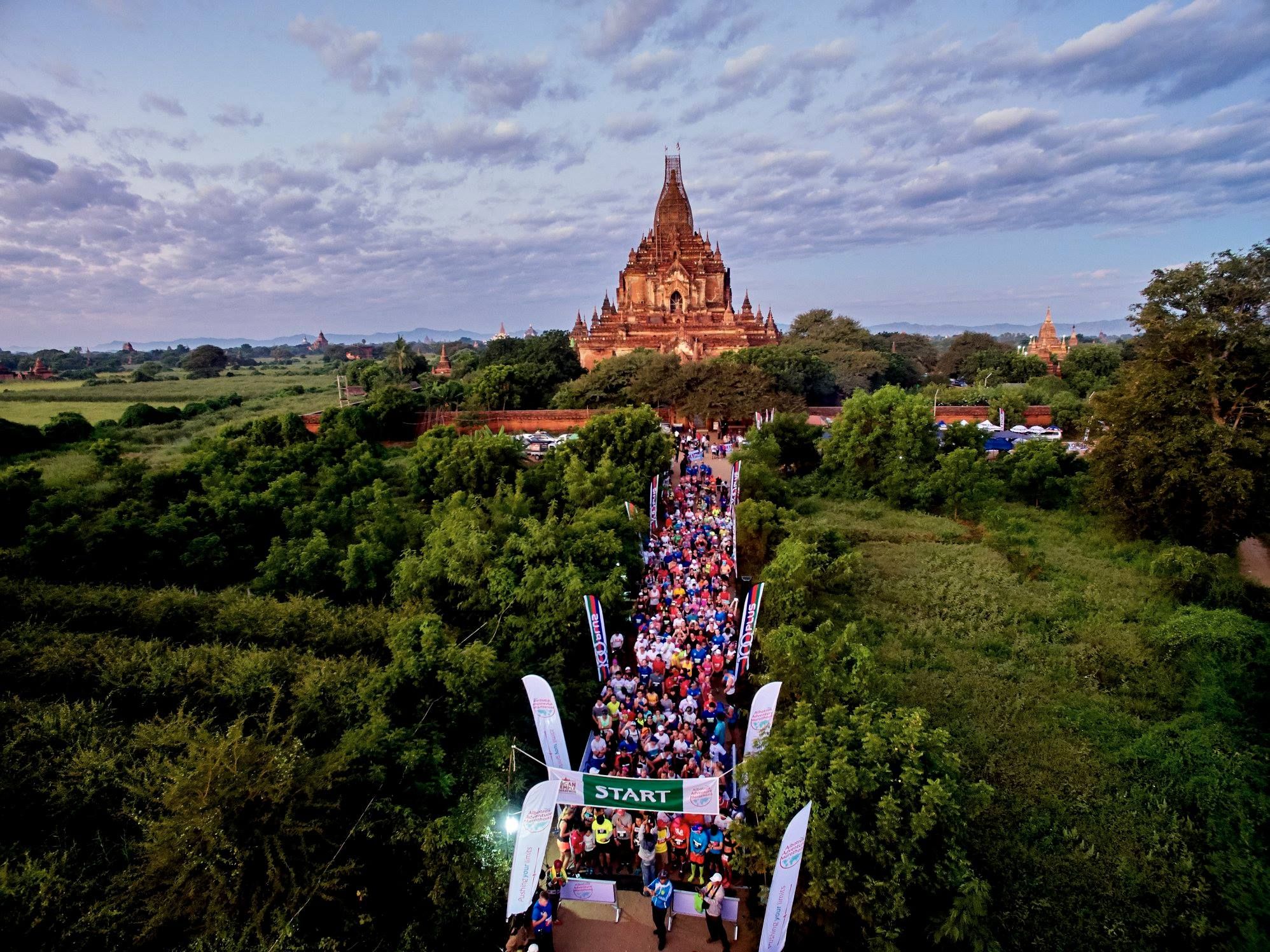 Located in central Myanmar, the ancient site of Bagan is home to more than 2,000 sacred pagodas and temples scattered across the stunning landscape. The Bagan Temple Marathon takes runners along the striking views of this seemingly untouched land. 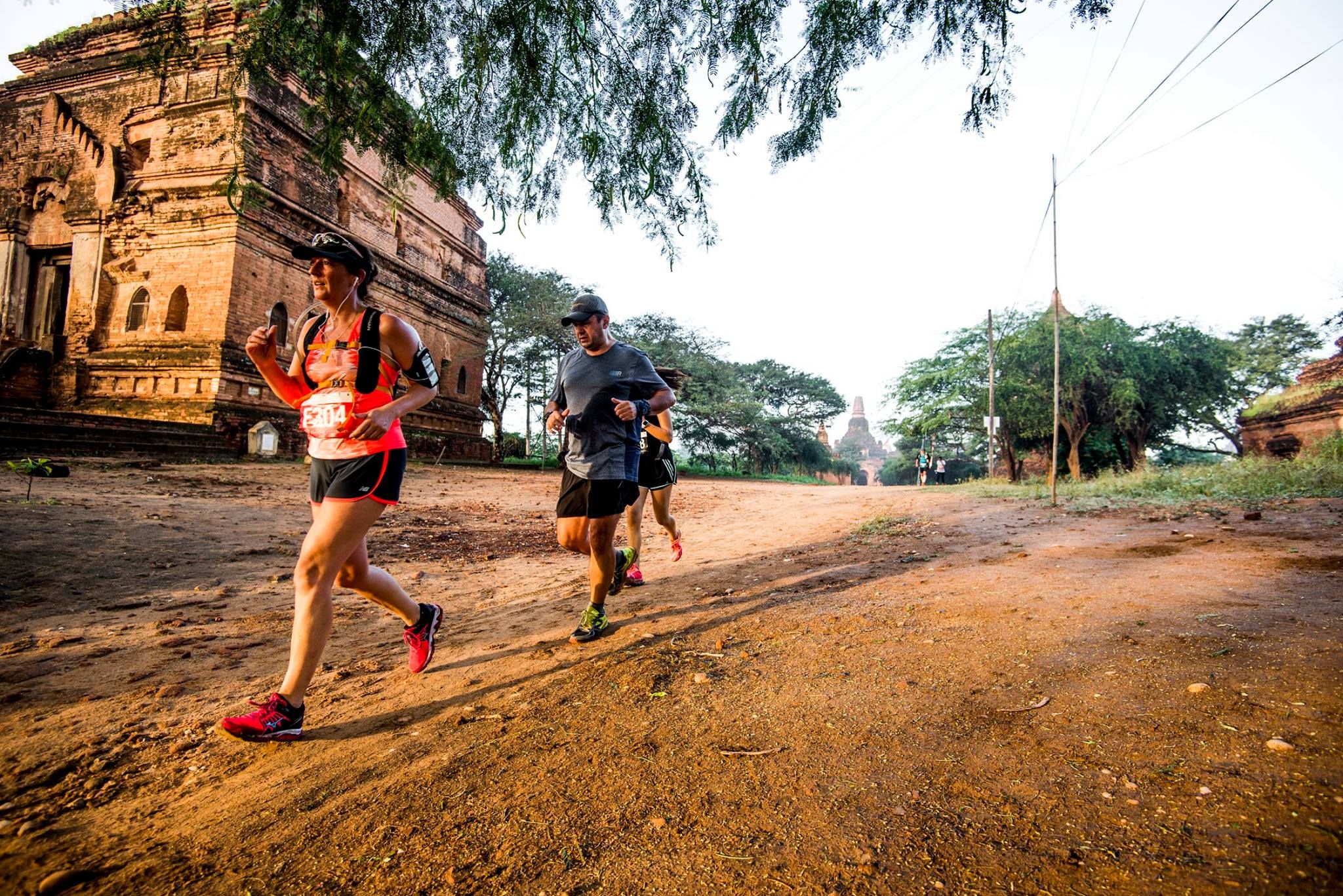 Offering three competitive distances of a full marathon, half-marathon and a 10K, this relatively flat course is a mixture of packed trails, sections of loose sand and paved asphalt. Held in November, expect heat and humidity for this epic run.

A bucket list marathon for seasoned runners especially those seeking to check off all seven continents, the Antarctica Marathon hosts a small number of runners every year to run in this remote corner of the planet. With great care taken to leave zero impact on the environment and ecosystem, the course routes through gravel roads that connect the scientific research bases of Uruguay, Chile, China, and Russia. 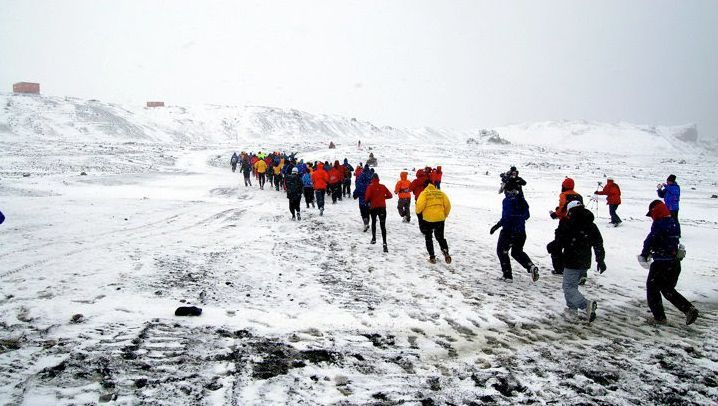 This race hosts a half-marathon and marathon distance among awe-inspiring glaciers and icebergs. Runners should not be surprised to encounter Antarctic wildlife such as penguins, seals, and whales while on the course. A difficult race for a number of reasons, participants should come well-prepared and expect a very cold run with a strong wind chill. Interested in running? Join the waitlist now. The marathon is sold out until 2020 and currently accepting applications for 2021. 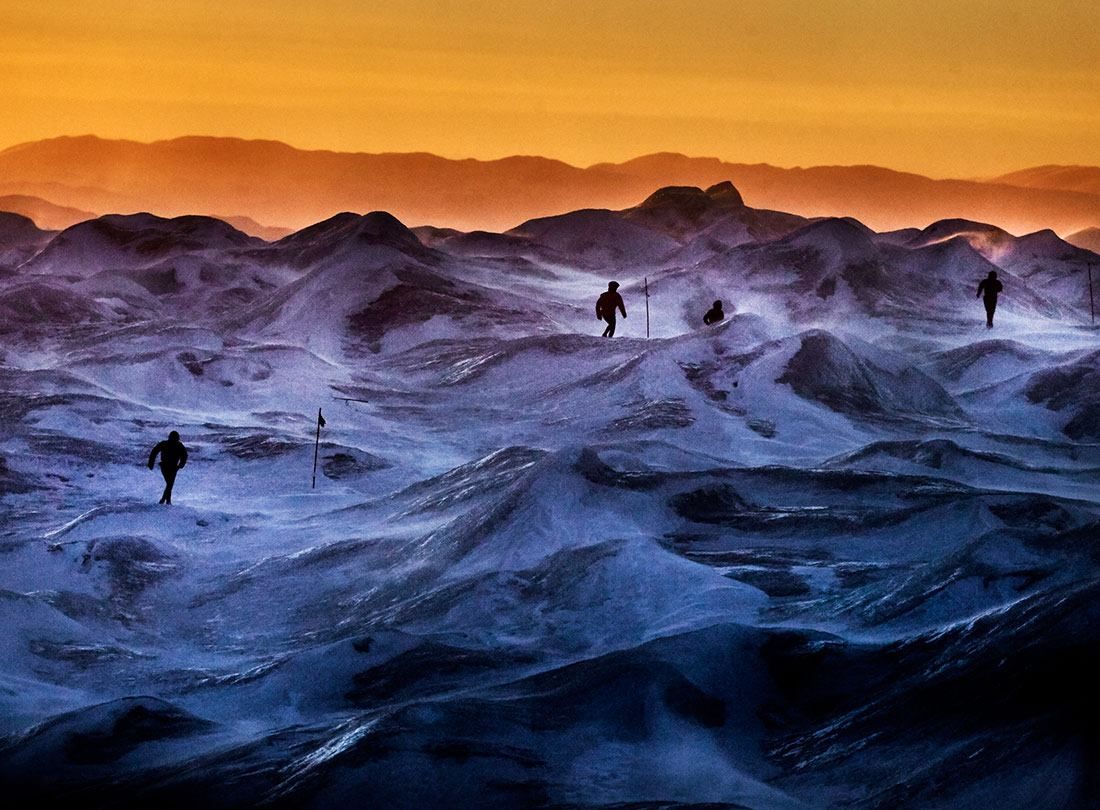 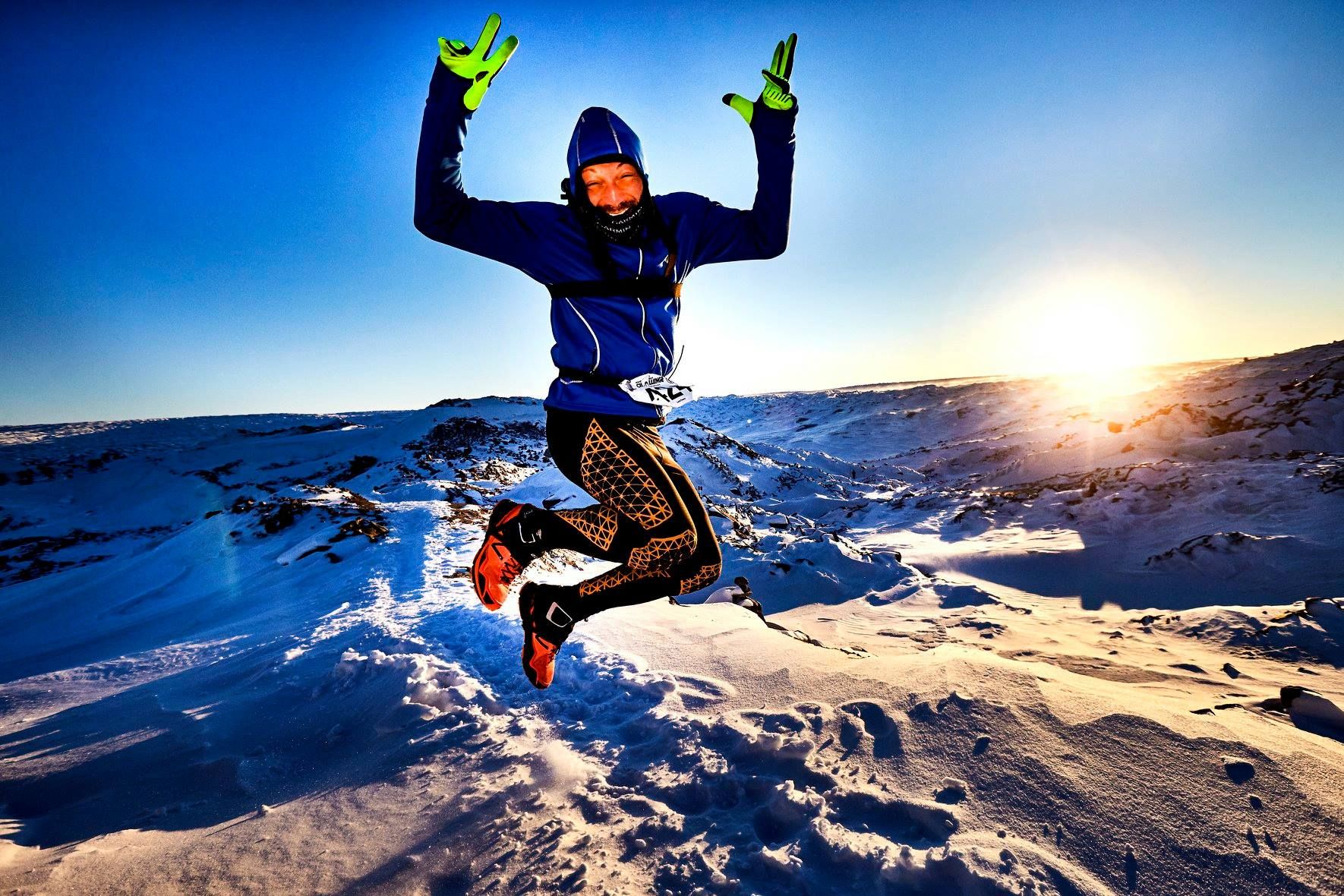 In this surreal experience, runners will pass glacier tongues and moraine plains while running on snow-covered gravel. Often referred to as the “the Coolest Marathon on Earth,” part of the course route takes place directly on the Greenland ice sheet. The race hosts both marathon and half-marathon distances for those looking for an extreme challenge. Adventure seekers who sign up should be prepared for the unpredictable weather, extreme low temperatures, and harsh winds.

Maps + InfographicsWant To Run Around the World? Here Are the Marathons Worth Traveling For.
Tagged
Running
What did you think of this story?
Meh
Good
Awesome