Every August, the 1,400 residents of hillside village Mondaino in Italy welcome over 20,000 people for the renowned medieval festival, Palio del Daino. For four days this little town, located 25 miles southwest of Rimini, travels back in time hundreds of years, providing its many visitors with a medieval experience like no other.

The Palio del Daino festival recreates the intense historical period of the 15th century in such detail that it has been recognized by the European Historical Re-enactment Consortium. An era that was dominated by bitter disputes between the Marche and Romagna regions about the ownership of land was finally settled over a peace agreement made in the year 1459, bringing an end to the harsh living conditions, high taxes, and famine faced by residents. The pact was signed near the agricultural town of Mondaino and was celebrated by the local population with games and festivities, re-enacted to this very day through the Palio del Daino festival. 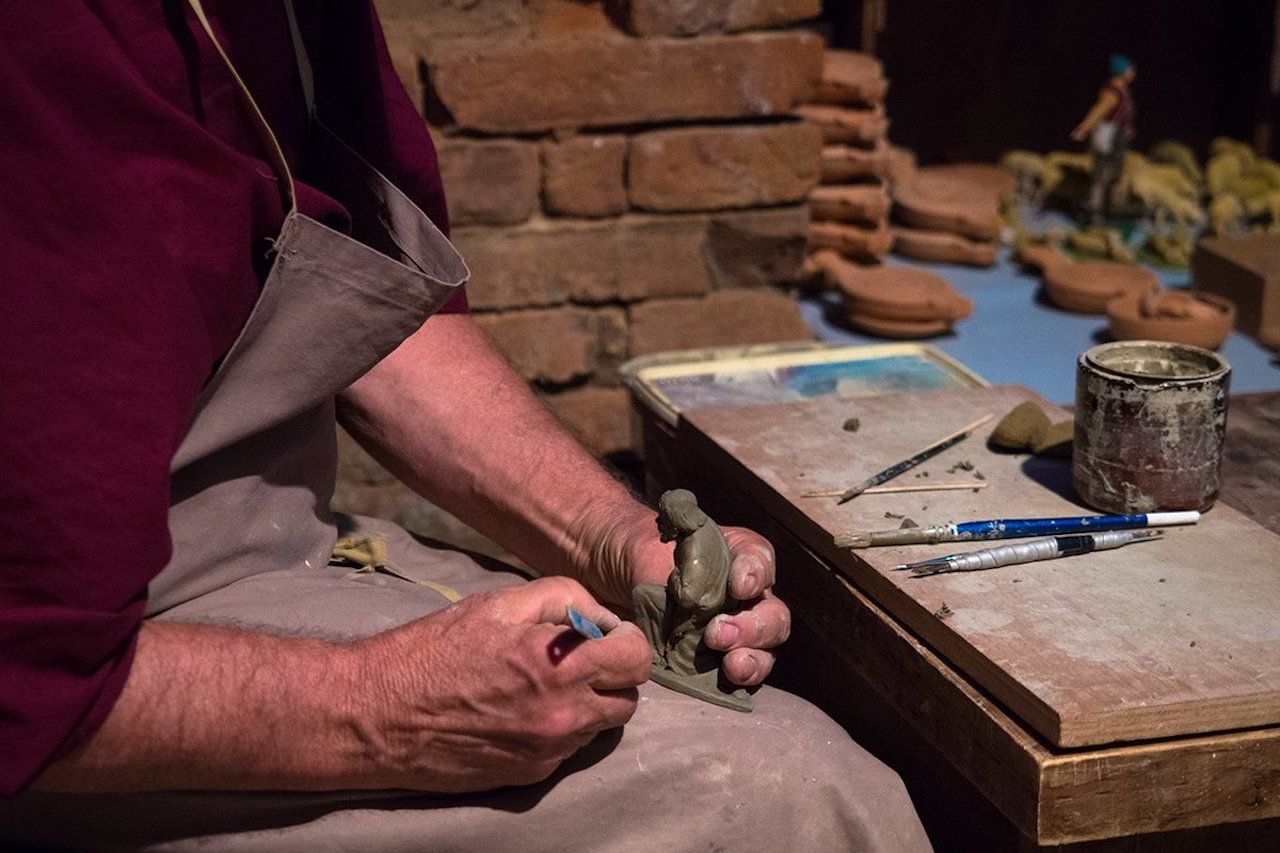 The alleyways and streets throughout Mondaino are lined with blacksmiths, gunsmiths, artisans who craft bows and harquebuses, potters, dyers, and weavers. Ladies, gentlemen, and children are dressed from head to toe in medieval costumes. And if that’s not enough, every evening, the streets are brought to life by dozens of actors, minstrels, jugglers, witches, and musicians to entertain locals and visitors. You will often catch yourself marveling at the men on stilts as they weave their way throughout the crowds or the acrobats who maintain their guile and focus without breaking character despite the hundreds of eyes that follow their every move. When the clock strikes midnight, the markets are closed and the party continues on in the main square until the early hours of the morning. 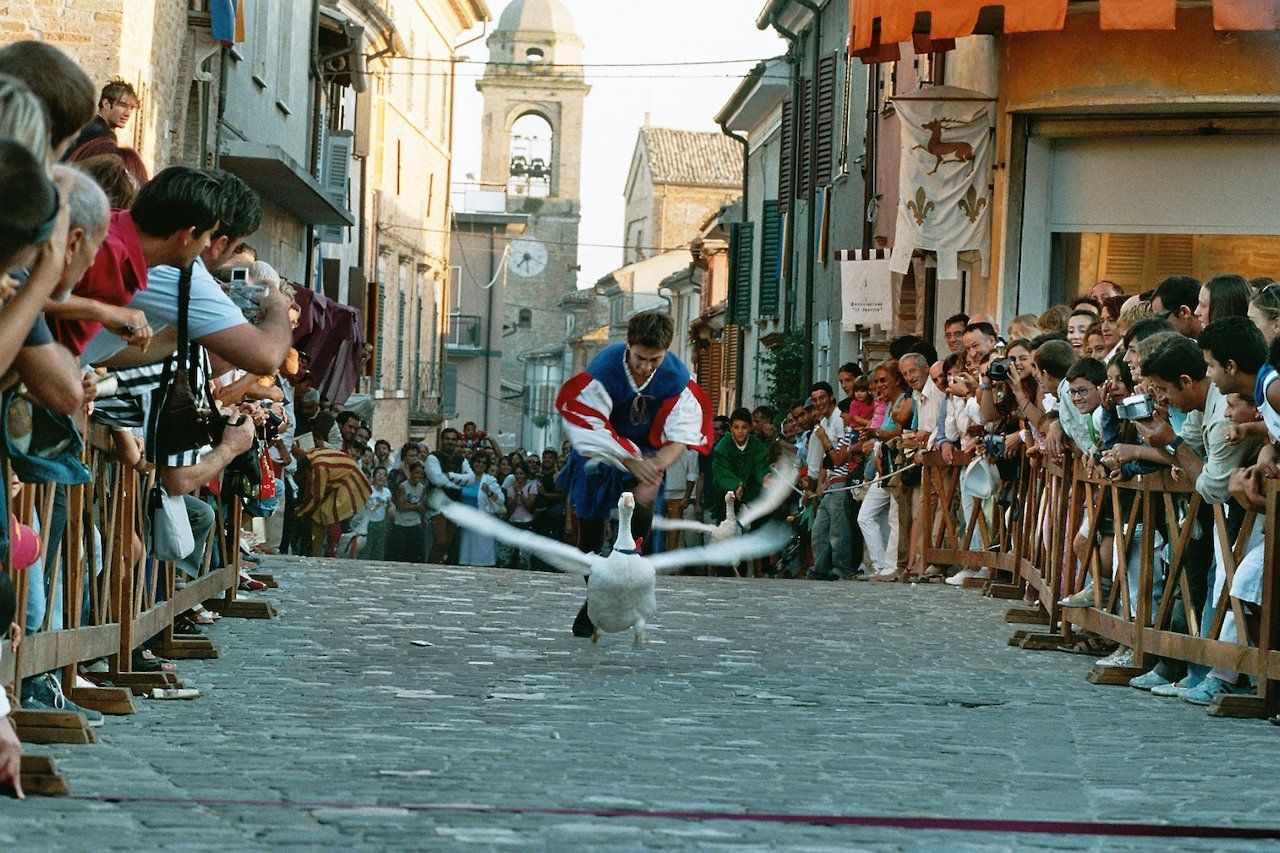 Palio del Daino, which translates to “the winner of the deer,” involves four districts, Castello, Borgo, Montebello, and Contado, who compete against one another in the form of games, challenges, and battles throughout the course of the festival. The teams compete in flag bearing and juggling challenges each evening in the main square, but the final day is when the competition for Palio del Daino really heats up.

On the last day of the festival, three games are played to determine the overall winning district. The first challenge, disfida de li balestrieri (the battle of the archers), sees one member from each district have two attempts at shooting a bullseye target in the main square. The district with the highest score then holds the advantage over the next challenge, corsa delle oche (the race of the geese). Winning the archery contest allows the district to have first preference when selecting their goose, which they will then guide as fast as they can through the main street and into the main square using only their hands and voices. The district that wins the geese race then holds the advantage for the third and final challenge, lo giuoco de lo palio (the game for the prize). For the final game of the festival, each district enters a team consisting of two members each. Using the same format as musical chairs, the four districts compete in three elimination rounds, battling to occupy bases, similar to those used in baseball, until a victor is crowned “Palio del Daino.” 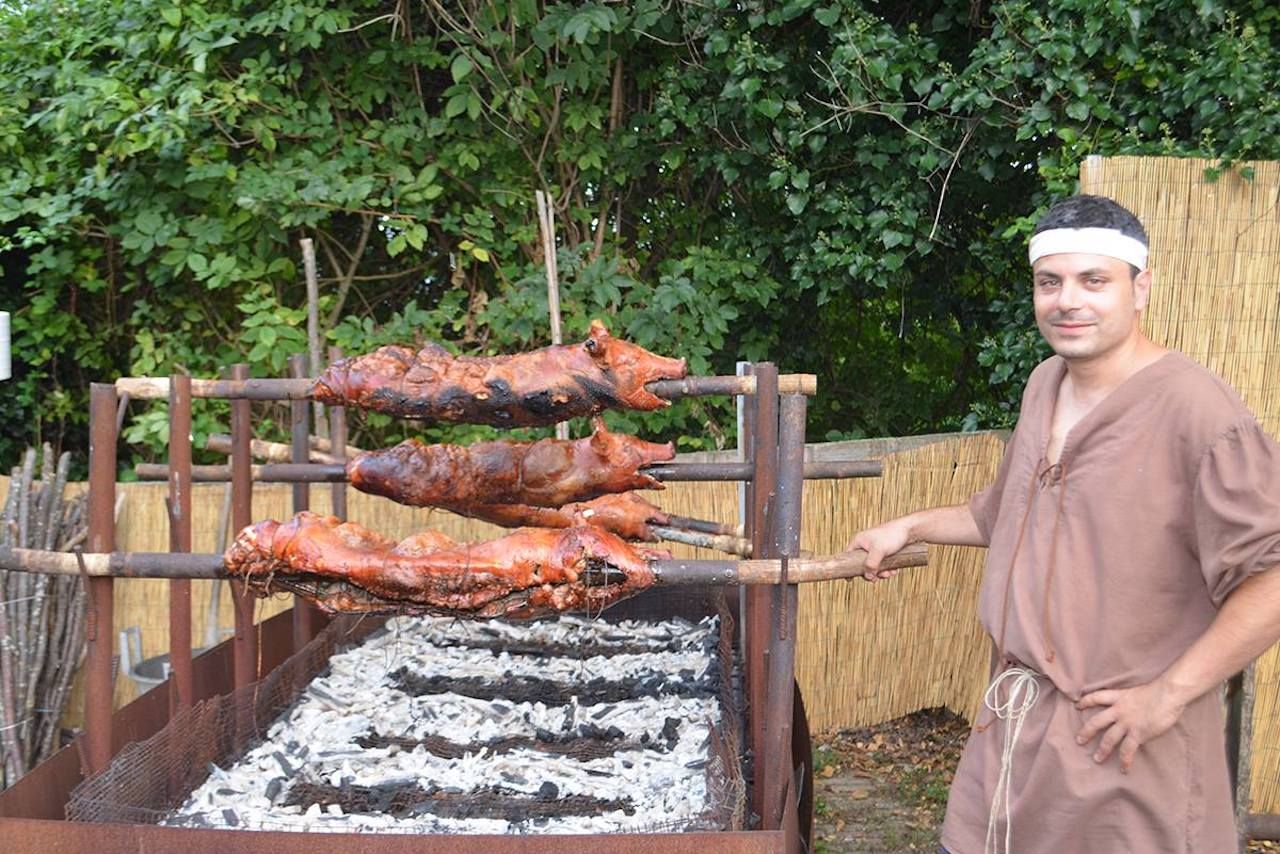 Each district (or contrada) also runs a tavern, providing outsiders with the opportunity to taste traditional mid-15th century dishes such as soups, tagliatelle pasta with porcini mushrooms and lentils, ribs, shanks and racks of lamb, assortments of fruits and cheeses, endless amounts of wine, and gallons of beer. Local families come together, working around the clock to prepare the food on offer.

The town of Mondaino 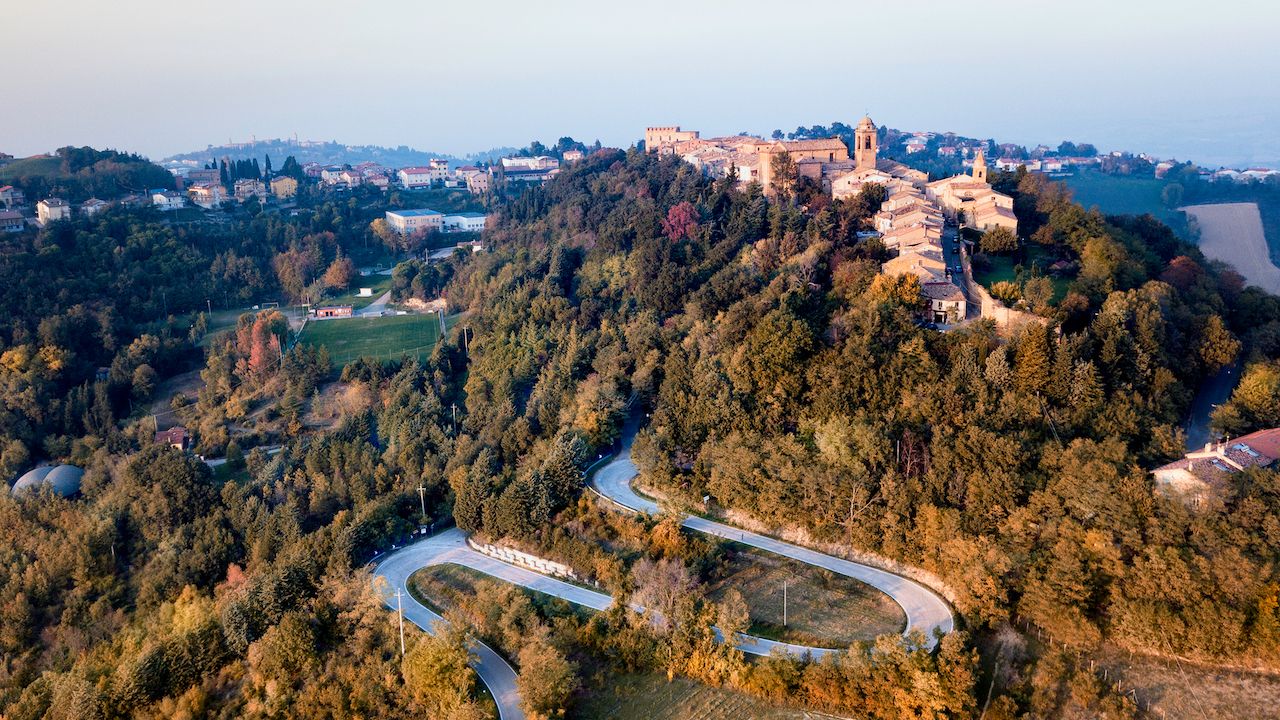 Located 30 minutes southwest by car from the province’s capital, Rimini, Mondaino is a great spot to escape the business of the seaside towns. Overlooking the Adriatic Sea, rolling hills and deep, green valleys, it’s easy to see why locals seem so content with their little town. Although Palio del Daino in August is undoubtedly Mondaino’s main event, the town also hosts other cool festivals and events during the rest of the year. The cheese and truffle mushroom festival in November invites artisans to showcase their finest cheeses and truffle mushrooms over two consecutive Sundays. Restaurants, bars, and market stalls are opened on the main street, providing visitors with a chance to taste, buy, and experience local produce. La Camminata di Primavera (the spring hike) in April encourages locals and visitors to take part in a leisurely three-hour walk through the surrounding valleys, embracing the arrival of the warmer period of the year, before returning to the main square where they enjoy a freshly prepared lunch that’s provided by the local bar.

Art + Architecture7 Underrated Churches in Rome That You Need To Check Out
Tagged
Festivals Mondaino, Italy
What did you think of this story?
Meh
Good
Awesome