Located roughly 30 kilometers from Paris is Parc Astérix, a sprawling theme park that has been open for 30 years. Though virtually unknown to Americans and other foreigners, it is beloved by the French as it is dedicated to a French icon: Astérix. Also known as The Adventures of Astérix, this cartoon and comic strip follow Gaulish warriors (aka French vikings) as they battle the Roman Empire. Astérix typically goes on adventures with Obelix, his larger friend with red braids, and their dog, Dogmatix. Astérix and Obelix have “super strength” that comes from a magical potion brewed by the druid, Getafix. The “ix” at the end of their names actually refers to real life Gaulish chieftains, but that’s one of the only connections to actual gauls.

I first came across Astérix and Obelix as a child. They popped up on PBS one morning amongst the other Saturday morning cartoons. My mother walked in the room, watched them for a few minutes, then popped in a video cassette to tape them. Over the next few years, I watched the tape over and over until my father taped over it with a soccer match. I hadn’t thought of Astérix and Obelix for years until I went to Montreal and learned that they were wildly popular there. A sales clerk, who sold me an Astérix coffee mug, informed me that there was an Astérix and Obelix theme park in Paris, which I vowed to visit.

What separates the park from other regional attractions 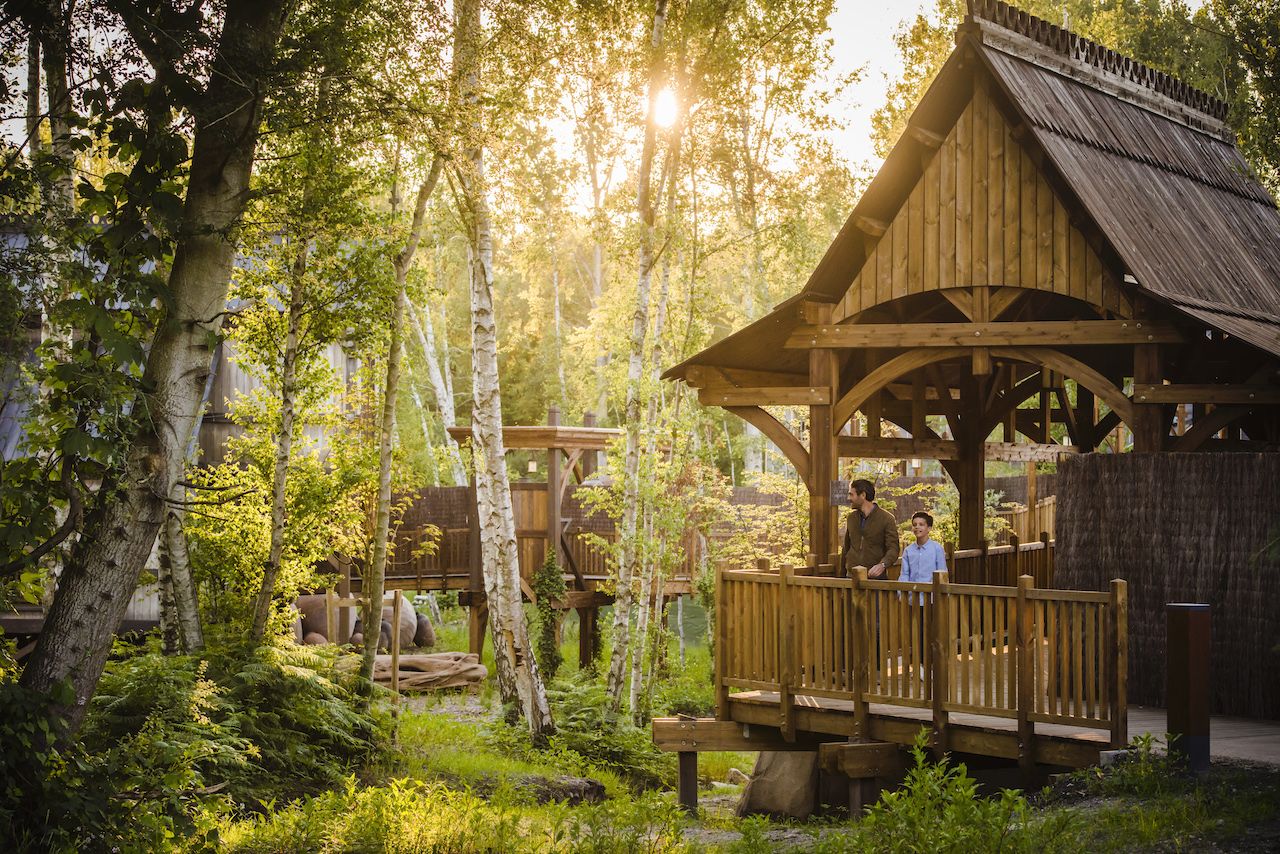 Since their premiere in 1959, Astérix and Obelix have spawned 13 films, numerous games, and multiple comic books. Over the course of their adventures, they have traveled to Egypt, England, and America. The antics of Astérix and Obelix are rooted in French humor — the characters are highly visual and undergo many coincidences.

Another difference is the minimal English spoken in the park. Last summer my husband and I made the trek to the outskirts of Paris to visit the park. While I have some knowledge of French, my husband has none. He was scared to visit Parc Astérix, especially as the cab driver spoke to us in rapid fire French. I managed to communicate the best I could, but the second we hit Parc Astérix I became concerned that my own French would not suffice. As we walked towards the entrance, where a large Astérix sat upon a giant rock adorned with a banner that read “30 ans!” I only heard French.

“Are we the only English speakers here?” Paul, my husband, muttered to me. He stared at Astérix. “Is he like the French version of Mickey Mouse?”

“Sort of,” I replied. I tried my best to order tickets but broke and asked if they spoke English.

“Yes,” the clerk replied. “It’s okay your French is bad. My English is bad too. We can all practice.”

How the park is organized 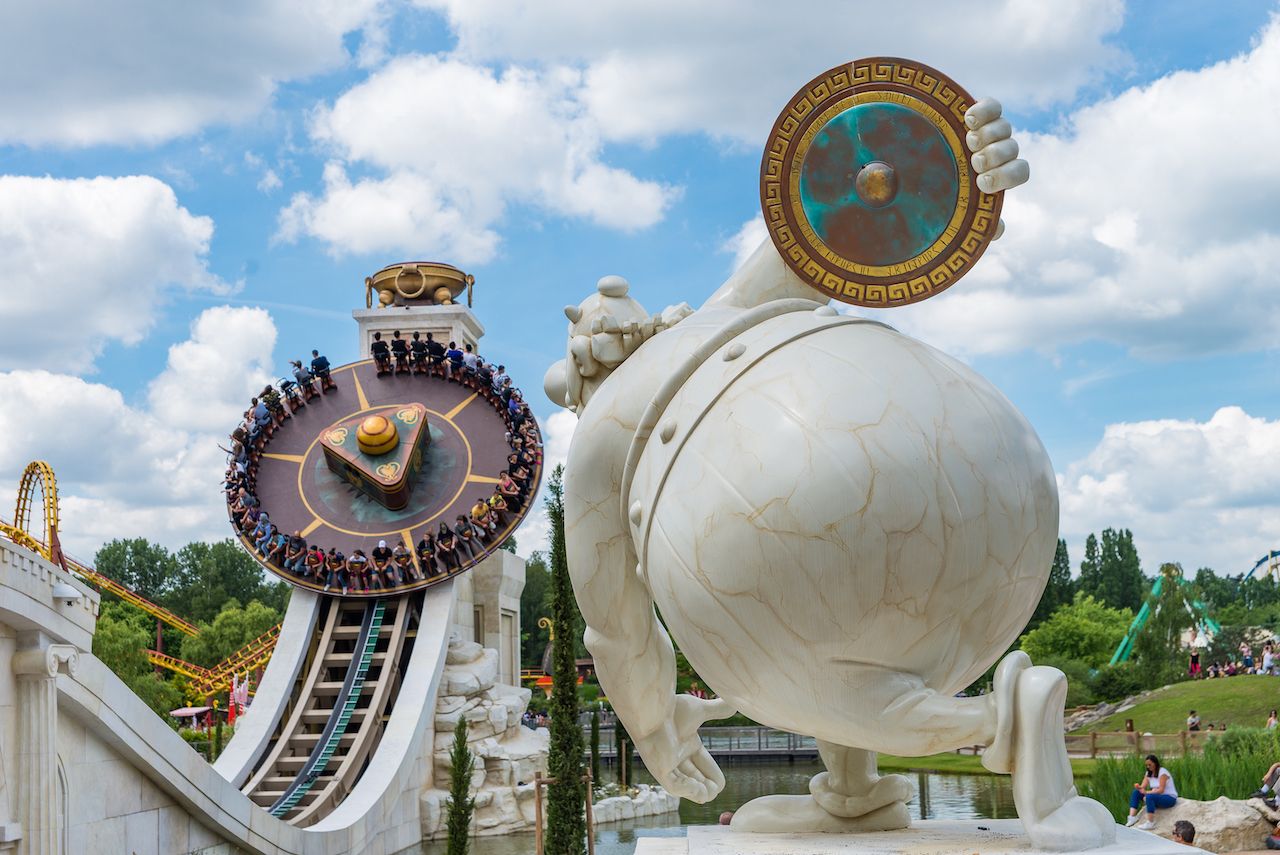 The park is divided into “lands,” each modeled after a different place that Astérix and Obelix had visited (alas there was no America land) and featuring a ride dedicated to their time in that land. As we entered the park, a large Obelix stood at the front gates, posing with guests for pictures. I immediately ran up to get my picture taken with him. Obelix quickly picked up that I did not understand him, and would motion for me to do certain poses, such as raise my arms up to show off my muscles. We both giggled as we did our best to communicate.

The first land of Parc Astérix is an entire recreation of their village. Thatched roofs, cobblestone roads, and numerous souvenir shops line the streets. A giant, goofy-looking sphinx stands on one end alongside a statue of a cartoon roman soldier holding a sign directing you to the nearest pizza parlor. Paul and I walked down the street in awe. We left the village, walking into a land entirely dedicated to Egypt. As an Egyptian-American, I was amused by the sultry Cleopatras, fake pyramids, and entire rollercoaster dedicated to Anubis. The Anubis rollercoaster, known as Oziris, is an inverted coaster that features three loops though it is not the only roller coaster in the park that seems to defy gravity. Goudurix is a steel coaster with a whopping seven loops and a perilous drop. There is also a bobsled coaster and a gentle train coaster designed to take you through the imaginary land of Egypt, both easier on the stomach if loops are not your thing. 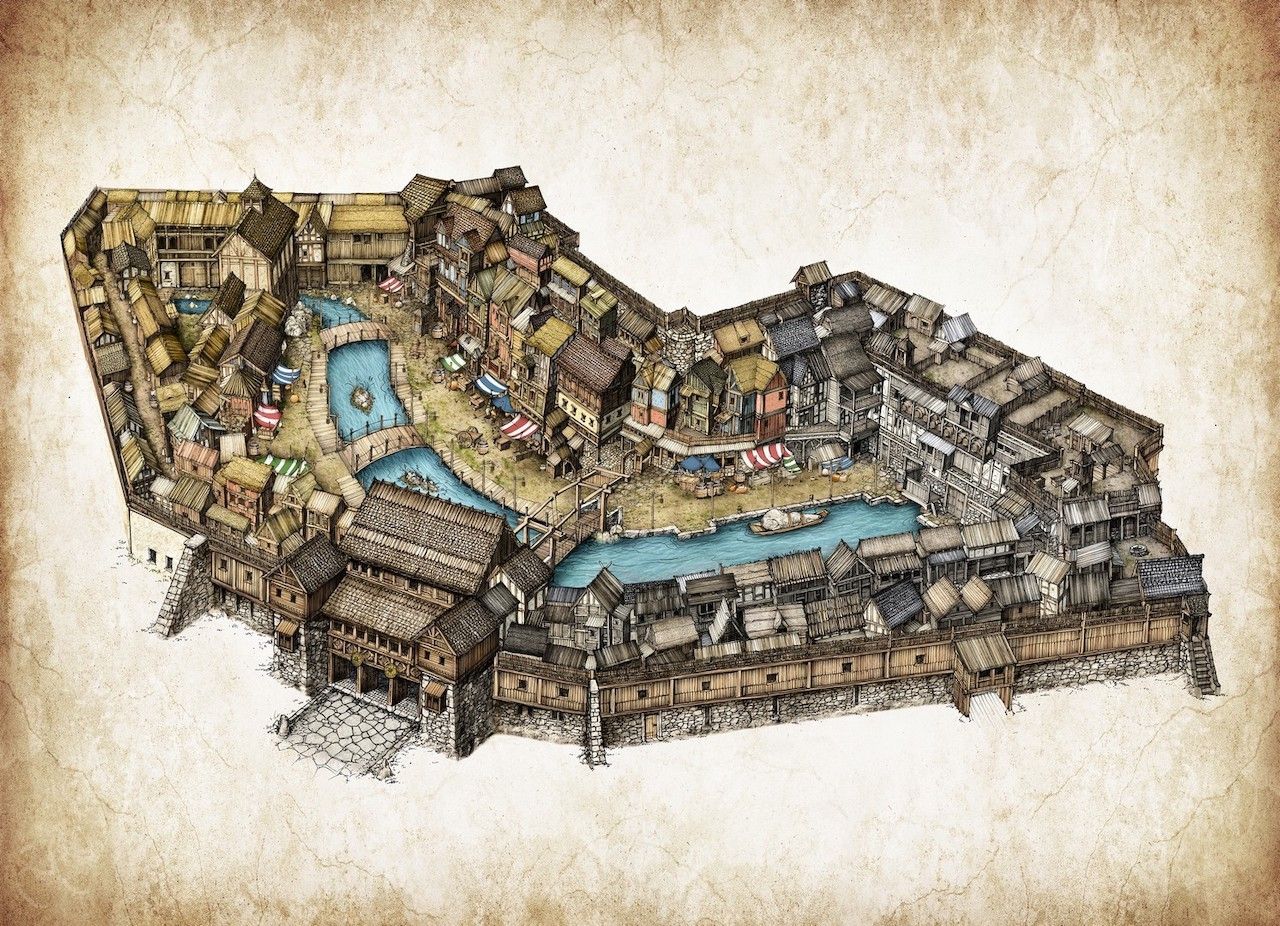 In the show, Astérix and Obelix visited Egypt in the 1960s. Egypt land is a reflection of how France of the era viewed Egypt, something that would likely be flagged for cultural appropriation in America. We left Egypt land to enter Greece land. Popular attractions here include the Pegasus Express roller coaster in Greece land, named in honor of the winged horse in Greek mythology, and the Discobelix, where riders are set aboard a discus thrown by Obelix.

We then went to Roman land to experience the Roman theater reenactment. Both spaces are as stereotypical as Egypt land but, again, are reflections of the characters’ time there. It’s hard to be offended by cartoon cherubs and a grinning Zeus. There is even a land dedicated to Paris, complete with a mini Moulin Rouge and faux cafes. 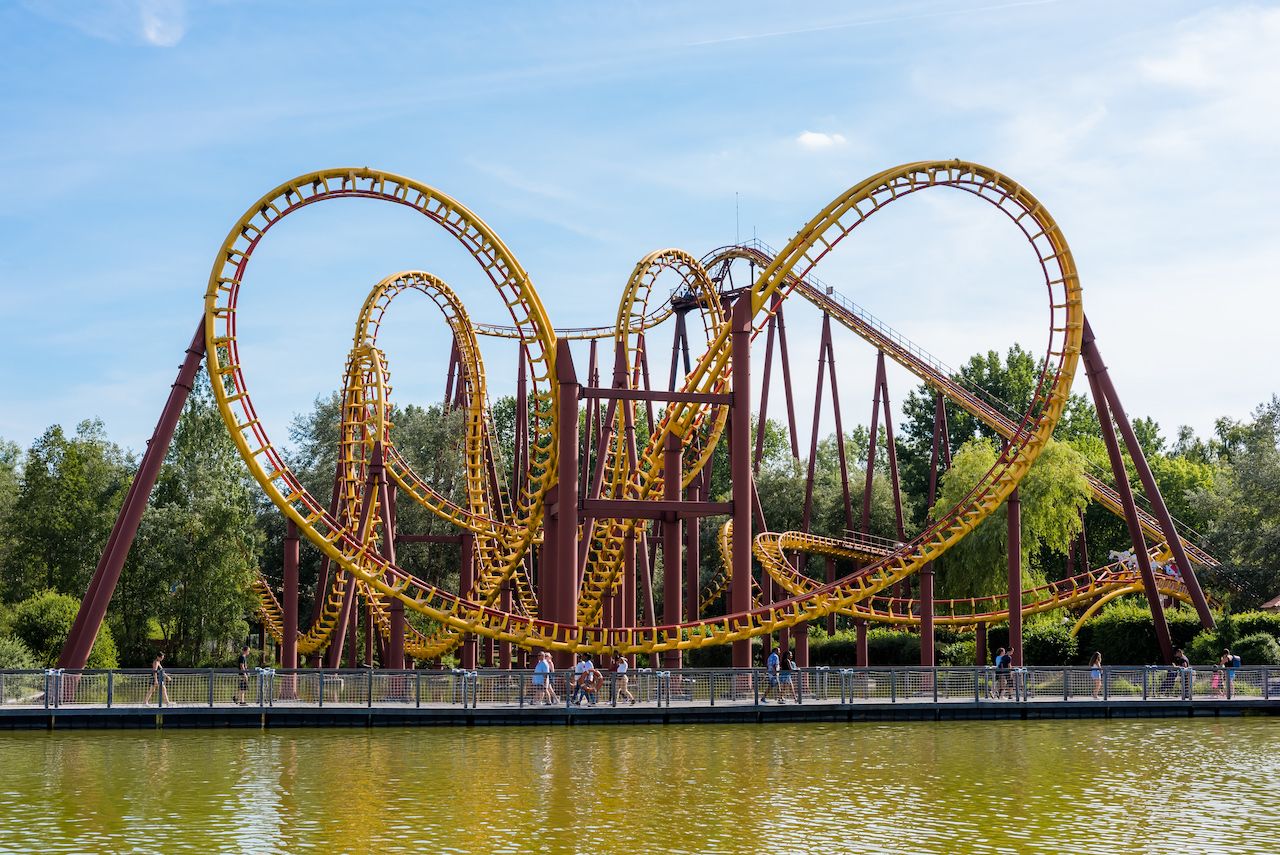 There were a few rides that had no discernible connection to Astérix and Obelix, including L’Oxygenarium, which started off on a raft that takes riders through a gigantic nose. I was unsure if we were meant to be snot or if the nose was an inside joke only known to French people. Despite having no knowledge of Astérix and Obelix, Paul began to pick up their stories. Since French humor is highly visual, he giggled as the Roman soldiers crashed into one another and as Obelix let out gas after devouring an entire boar in the Attention Menhir attraction, a “4D” film of Astérix and Obelix. Numerous stage shows also happen throughout the day based on episodes and cultural notes from the places the characters visited.

While the rides and shows are quite impressive, the food is equally intriguing. Some options are no different than that at an American theme park, just with a French twist. Hot dogs on baguettes and slurpees are sold every few feet, as well as ice cream and pretzels. Some of the other dining choices were unique to Parc Astérix, such as roasted boar, Obelix’s favorite meal.

Even though we had spent the past few days visiting the Eiffel Tower, the Louvre, and Notre Dame, Parc Astérix offered us the most insight into French culture. Tourists do not often visit Parc Astérix, so most of the people we met were French locals. The guests were families, teenagers, and loud groups of 20-somethings drinking French beers. While Paris offers the culture, Parc Astérix reflects French personality and charm.

Restaurants + BarsWhere To Eat in Paris Without Breaking the Bank
Tagged
Entertainment Theme Parks Insider Guides France
What did you think of this story?
Meh
Good
Awesome