There’s nothing worse than being on a ski vacation and having absolutely no interest in skiing. Ok, maybe not nothing worse, especially if you enjoy spending entire days inside a snowy condo with a good book. But should you want to get outside and explore, sometimes it seems ski towns really don’t offer much outside of eating, drinking, and… skiing.

This is not the case, however, in Park City, Utah. The home of the famous Sundance Film Festival is also home to some fascinating history, unique dining experiences, craft distilleries, and live music. It might just be the best place to go on a ski vacation and never see the slopes. Though the powder in Utah is among the best in the world, sometimes you might not feel like shredding it. Here’s the best stuff to do in Park City in winter that won’t involve wearing snow pants.

Stroll through the historic Main Street. 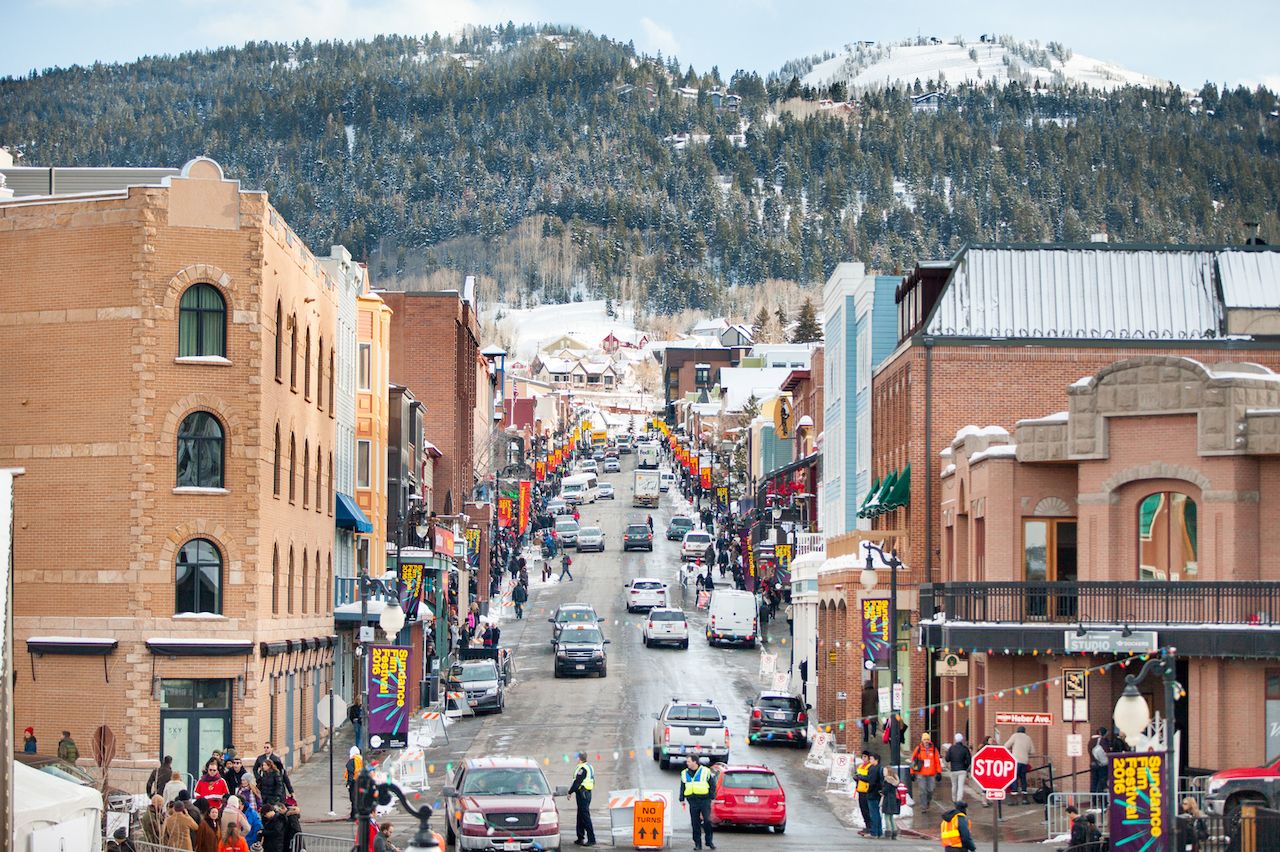 Long before it was a worldwide ski destination, Park City was a gritty little mining town deep in the Wasatch Mountains. Unlike many ski towns, which were effectively built for the sport, Park City has a history dating back over 150 years. And you’ll find over 400 historically protected buildings in the city, each with a novel story to tell.

The best way to appreciate it is by taking a stroll from the bottom to the top of Main Street. Here you’ll find colorfully painted buildings that once housed saloons, brothels, and trading posts. Today they’re filled with upscale boutiques and gourmet ice cream shops, as well as chic restaurants and a brewery taproom. Feel free to roam on your own, but if you want some direction, the Park City Museum offers walking tours as well.

To maintain its historical integrity, Park City has a highly strict policy of allowing no chain stores in its downtown. Which means the boutiques, restaurants, bars, and outfitters you’ll find there are exclusive to Park City. The exception to this rule are outdoor equipment and apparel stores — think Patagonia or Athleta — that must operate as flagship stores, selling items that can only be found in Park City. So if you were planning on picking up a souvenir $60 Park City workout shirt on your trip, you won’t have to look far.

Be a kid again in a massive indoor recreation center. 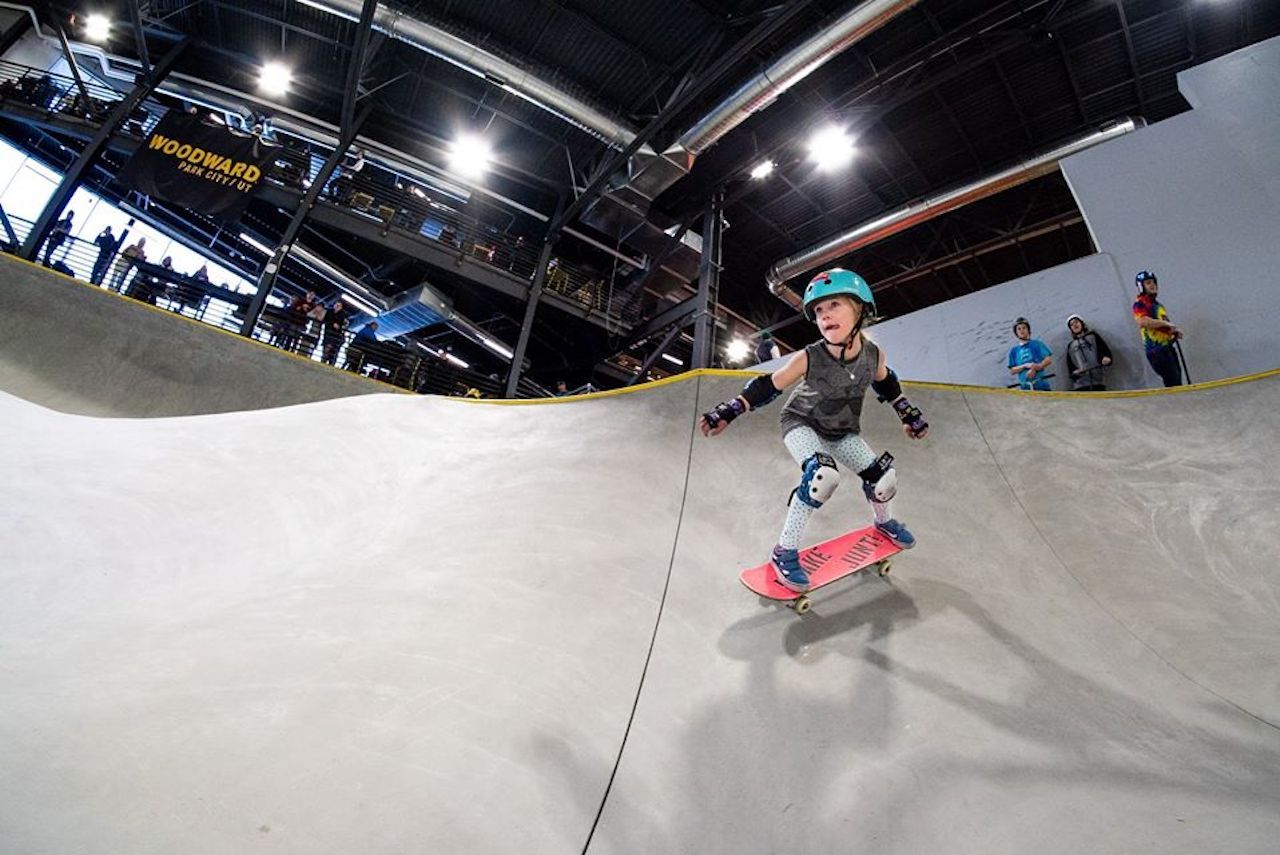 About 10 minutes from downtown you’ll find a massive complex of black warehouses set against a series of soft slopes, where screaming families in tubes race down the mountain. It’s Woodward Park City, a 60-acre adventure complex, where in addition to tubing it offers an indoor skate park, parkour courses, gymnastics facilities with spring floors, and a massive trampoline center. There’s even a digital media school where you can play with GoPros and drones to learn the tricks of capturing adventure sports.

You don’t need to be a kid to use anything at Woodward, though the crowd definitely skews young. That said, it’s an excellent way to spend a family day off the slopes, and if you go during summer you can also explore the mountain biking trails and BMX courses. 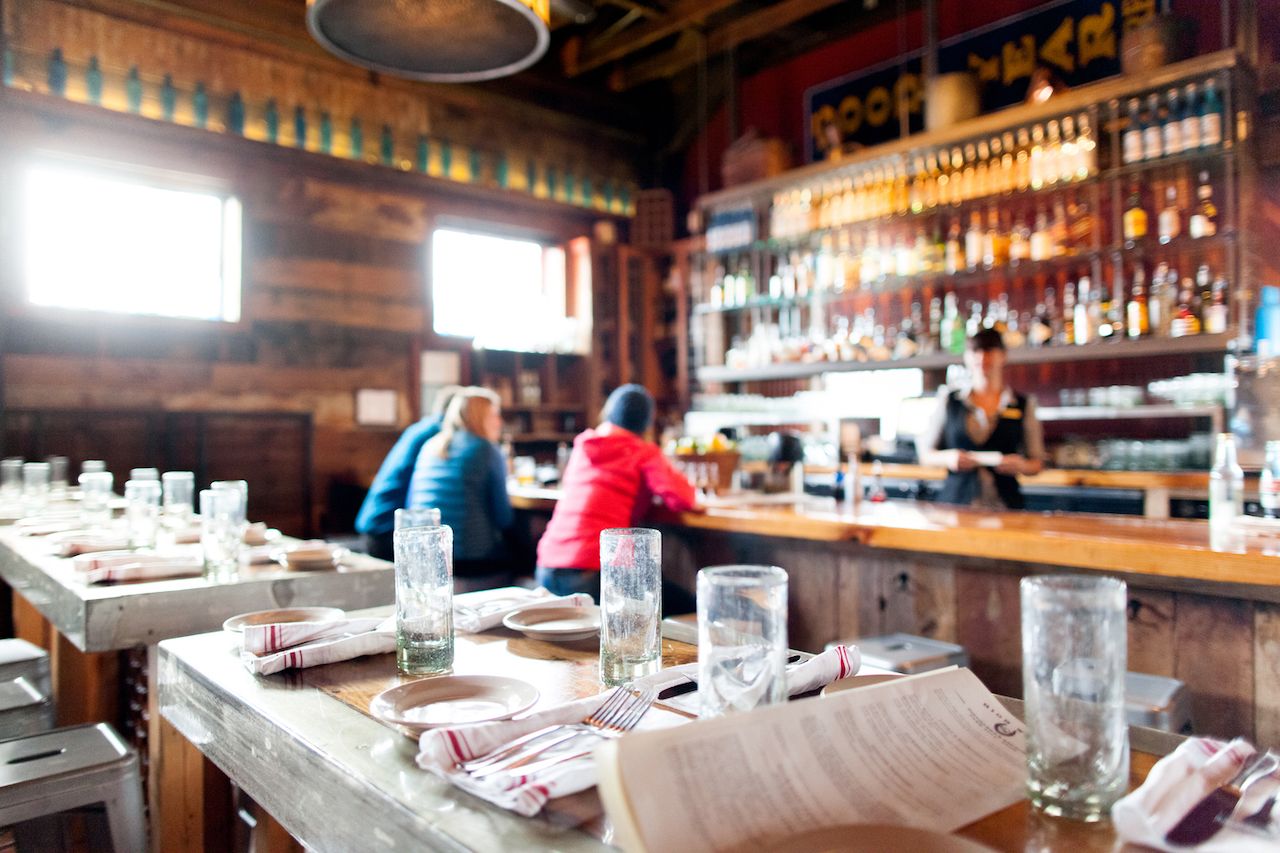 Alcohol laws in Utah aren’t quite as archaic as they were even a couple of years ago, and in downtown Park City, you’ll find two particularly cool places to drink. The first is the High West Saloon on Park Avenue near Main Street. It’s an outpost for the distillery of the same name, set inside a turn-of-the-century horse livery that was later a garage and a car dealership. The old wood sign for the National Garage still stands out front, and you can enjoy craft cocktails and a full menu under pitched ceilings that have stood for over a century. Venture out of town about 15 minutes to Wanship and you can visit the actual distillery, take a tour, and enjoy lunch at Yuta at the Lodge at Blue Sky next door. 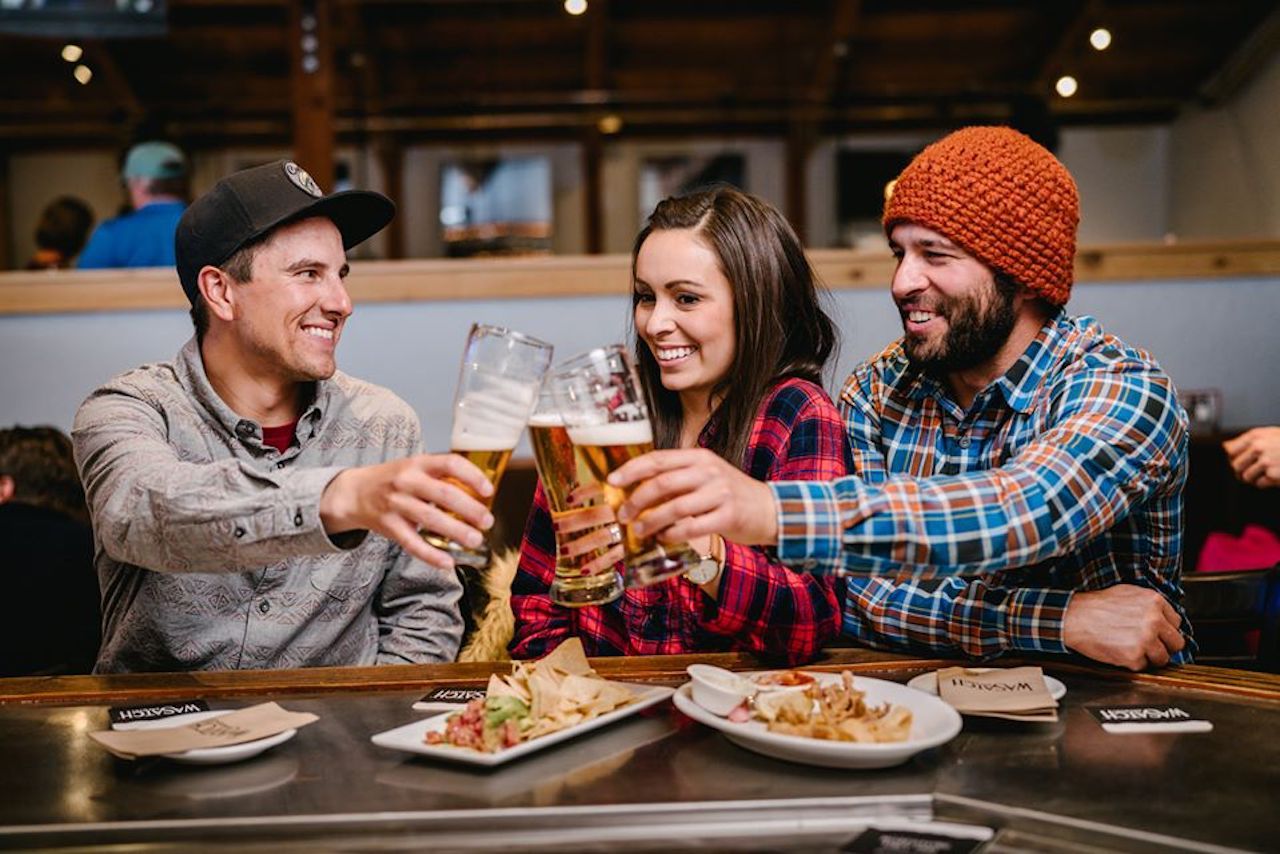 You can also find a couple of solid craft breweries in and around Park City. The Wasatch Brewery has a massive taproom and restaurant, which is as much a place for family meals as it is a place to knock back a pint of Polygamist Porter. But it also offers a rotating selection of stuff you can only get there, so maybe try branching out. About 15 minutes north of town, Salt Lake City’s Red Rock Brewing has a taproom near Kimball Junction that also offers a full bar and wine selections.

Also worth visiting on Main Street is the No Name Saloon, a narrow drinking den with animal heads on the wall and buffalo burgers on the menu. The Alamo-shaped brick building dates back to 1901 and was a mercantile and phone company before it opened as No Name in 1999. It’s the odd Main Street spot where you’ll find locals bellied up to the bar talking to tourists from all over the world, a laid-back oasis in the middle of upscale downtown. Just be prepared during high season, as you’ll likely have to stand up or wait for a table.

Learn about the city’s Wild West past. 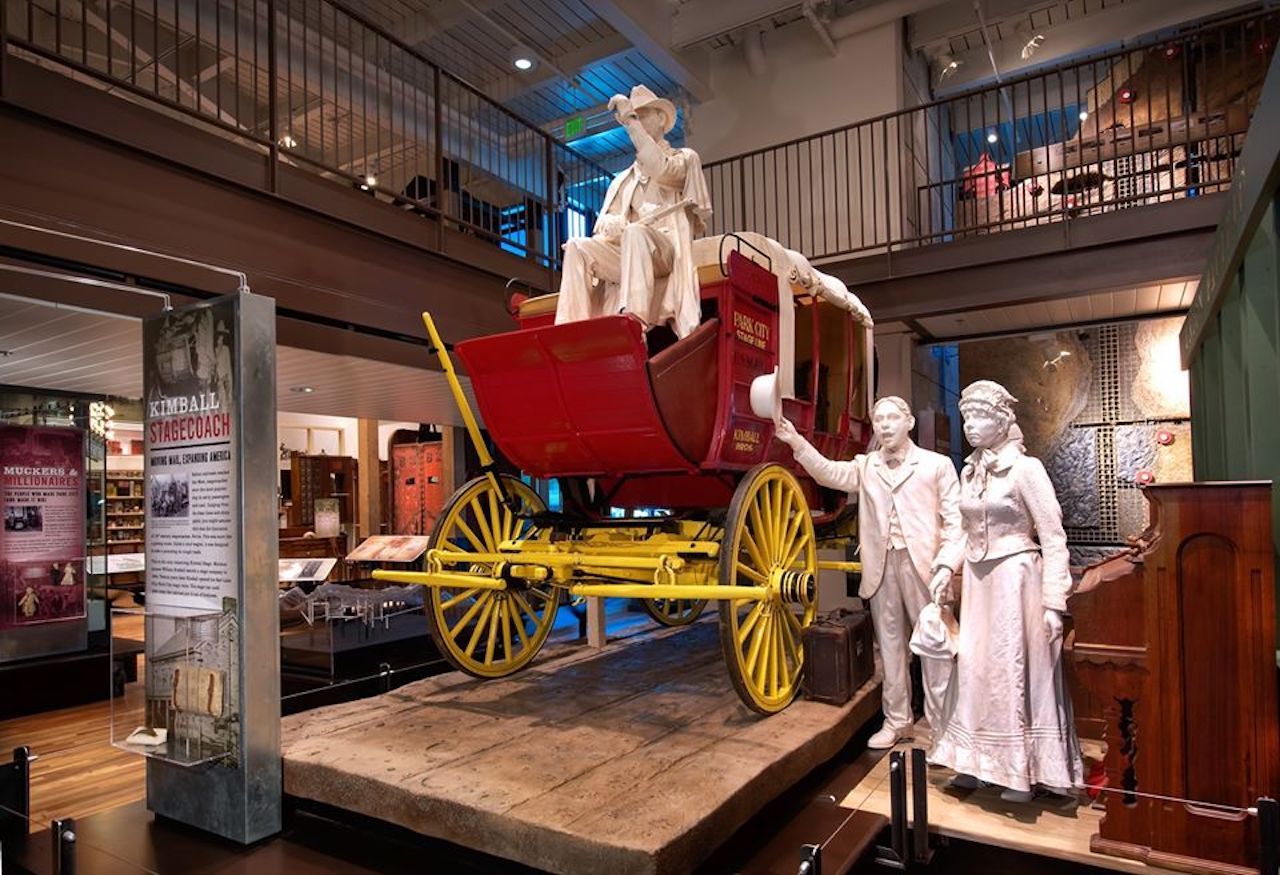 Park City is the most historic ski town in America, and you’d be remiss to leave here without understanding its role in the Wild West. The Park City Museum tells the story beautifully; here, you can jump in an old stagecoach and learn about how early settlers arrived. Or step inside a re-created 19th-century mine and understand exactly how brutal that work really was.

You can also get into the old “skier subway” — old mining cars used to take skiers to the top of the mountain before the advent of ski lifts.

But hands-down the coolest thing in the museum are the old Utah Territorial Jail Cells. These were effectively holding cells under City Hall that held some of the most notorious criminals in state history. It’s a haunting look at criminal justice 150 years ago and a fascinating look into Utah’s crime-filled past. 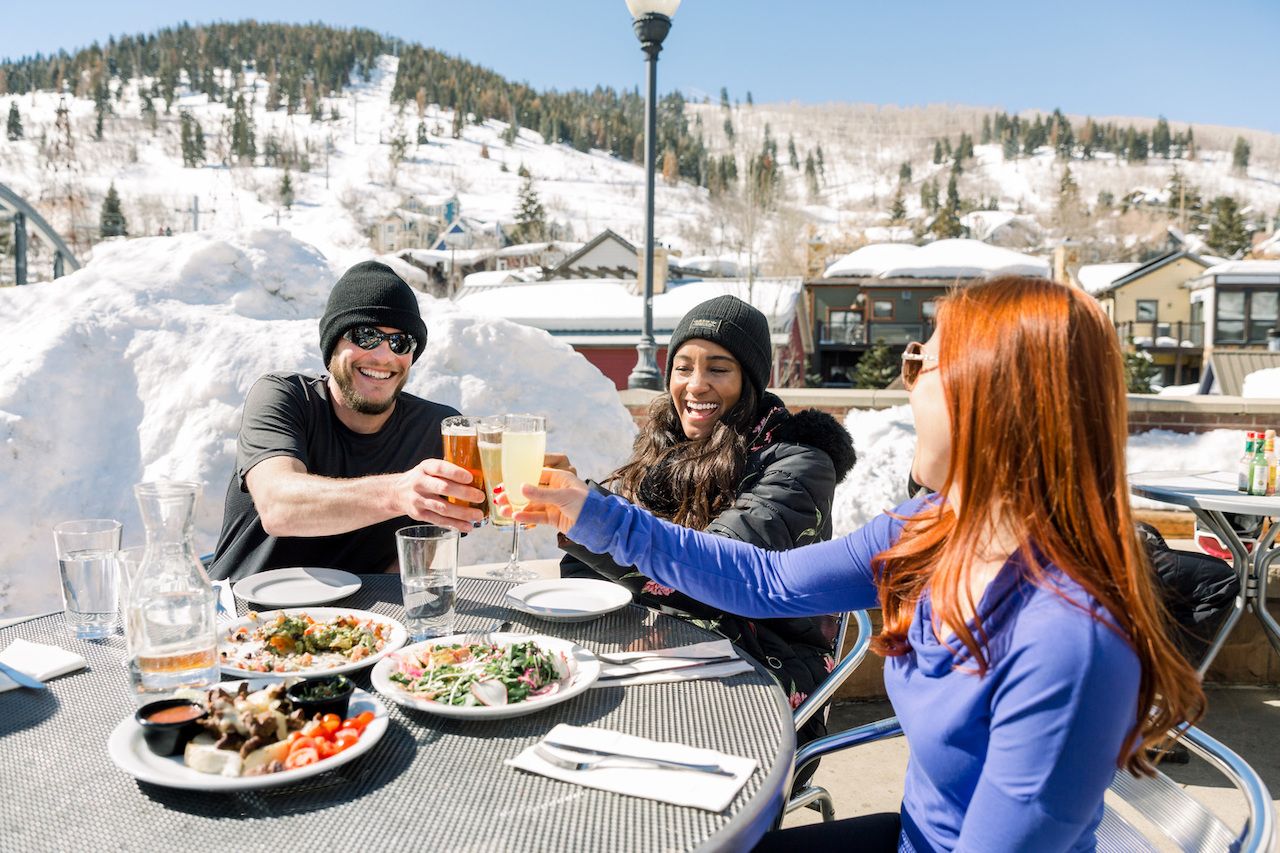 Probably the best thing about après skis is that you don’t have to do any actual skiing to enjoy one. And Park City does it better than almost anywhere in the world. The city’s quintessential après can be found at the Stein Eriksen Lodge, where a jazz combo plays quietly and Champagne flows by the fire. It’s a see-and-be-seen kinda place, where business deals are done by the big, wooden bar. And celebrities can hide in a corner without anyone giving them hassle.

Park City Mountain has the Mid-Mountain Lodge, a slightly less high-end affair than Stein Eriksen but still equally entertaining. You can also head to the Montage Deer Valley and check out the Veuve Clicquot Apres ski yurt, predictably painted bright yellow and adorned with snowshoes and sleds. It feels a little like a remote trapper’s cabin — if said trapper hired a very expensive interior decorator.

Eat food cooked in a fire, by the fire, or in an igloo. 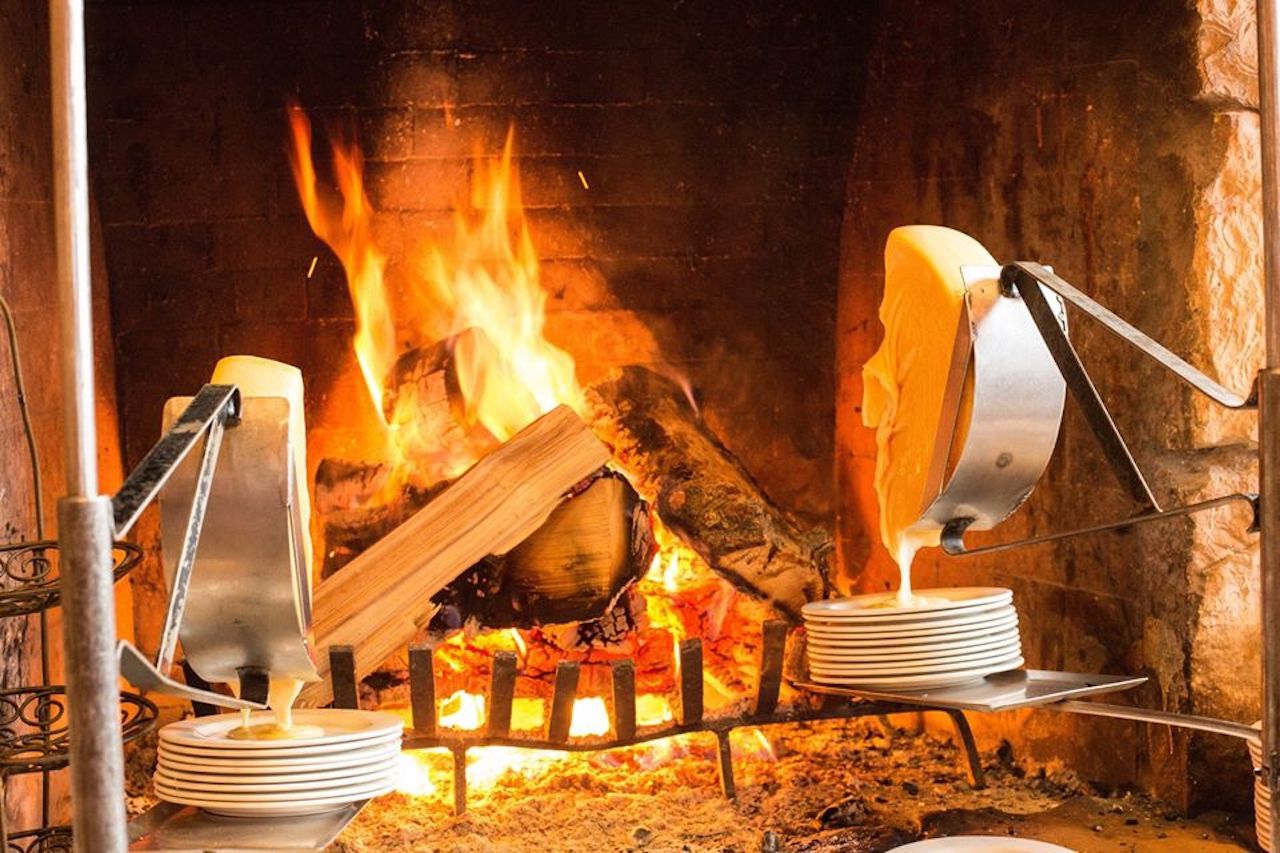 While Park City has no shortage of fantastic restaurants, far and away the most unique dining experience you’ll have is Deer Valley’s Fireside Dining. In what feels a bit like eating dinner in an episode of Game of Thrones, you’ll step into Deer Valley’s massive dining room, filled with fireplaces cooking all varieties of meats and cheeses. Begin with a big plate of Swiss raclette cheese, melted fireside and topped with all sorts of chutneys and spices.

Around the room you’ll find a leg of lamb roasting by a fireplace, which you can take part in from the adjacent carving station alongside top sirloin and other meats. Stews also bubble atop the fire, which pair nicely with fresh baked breads and flavorful salads. It’s an all-you-can-eat experience, but make sure to save room for the chocolate fondue dessert room. At $90 it isn’t cheap, but it’s the rare dinner where you truly are paying for the experience.

Fire too hot for you? No problem, you can also opt to eat in a private igloo next to the pool at the Waldorf Astoria. Dubbed the Waldorf Frostoria, these plastic igloos will have you cozily ensconced in big leather chairs, enjoying a three-course, prix fixe menu with stuff like squash-carrot-ginger soup, Viennese goulash, and braised short ribs. All while sipping cocktails or Champagne as snow softly falls around you. 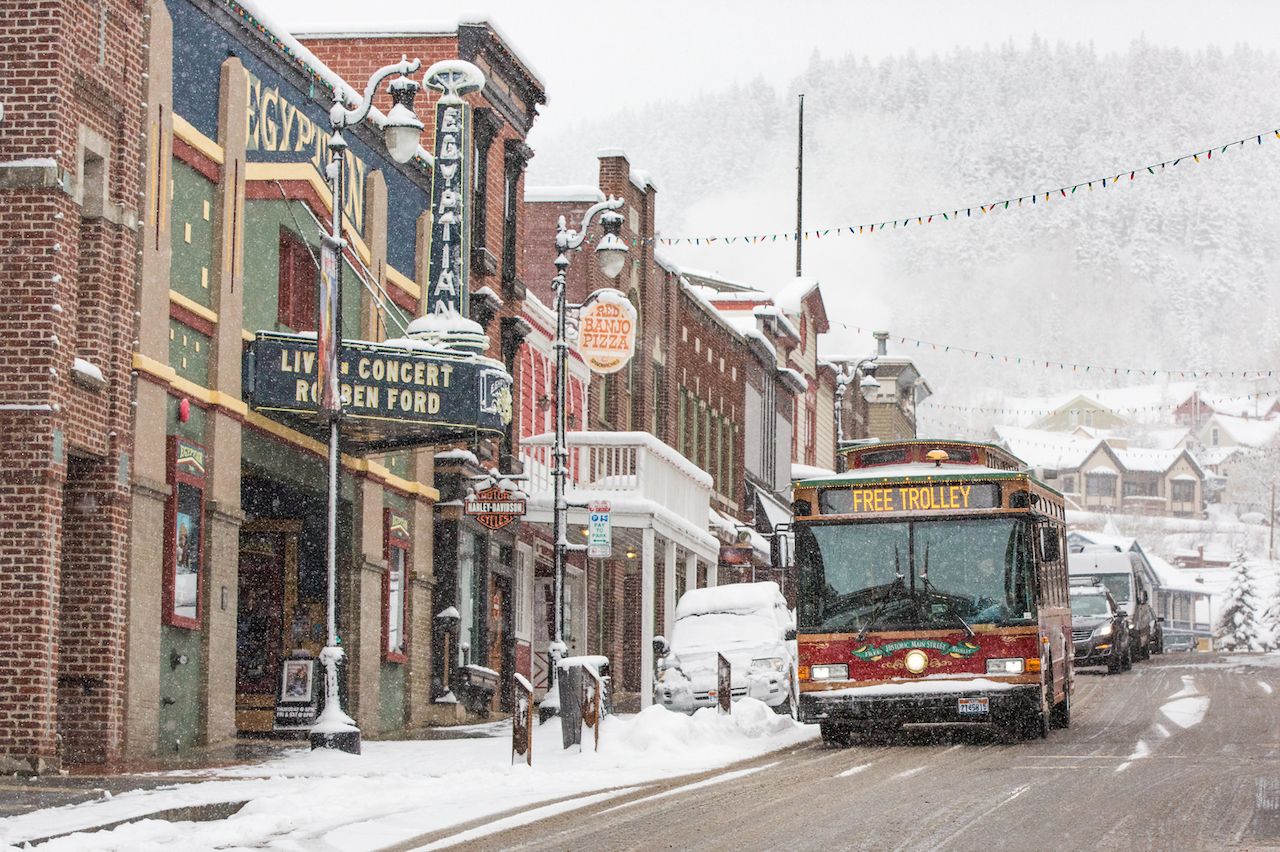 Downtown’s Egyptian Theatre has sort of become the icon for the Sundance Film Festival, but most of the year it’s used for live music and regional theatre performances. It’s effectively the cultural arts center for Park City, a grand 1920s-era theater where you can find blues one night, acoustic guitar the next, and a local performance of Newsies the following weekend.

Also downtown you’ll find O.P. Rockwell, a cocktail lounge with a stage that hosts solo acts and small bands. It’s an intimate setting where much of the crowd will be people the performer knows, and you can get a feel for the local music scene while sipping Old Fashioneds and Dirty Martinis.

OutdoorThe ‘Off-Season’ in Park City Is Just as Good as Ski Season
Tagged
Culture Trip Planning
What did you think of this story?
Meh
Good
Awesome