Everyone wants to have that place no one else knows about. A secret getaway to relax, recharge and adventure. While most who visit Arizona flock to sights like the Grand Canyon, the spas of Sedona, or the urban cultures found in Phoenix or Tucson, there’s a lesser-known part of the state which is unlike anywhere else in the region. Southern Arizona is a secret gateway to another world that’s both colorful in nature and in culture. In the middle of this region is Patagonia Lake. 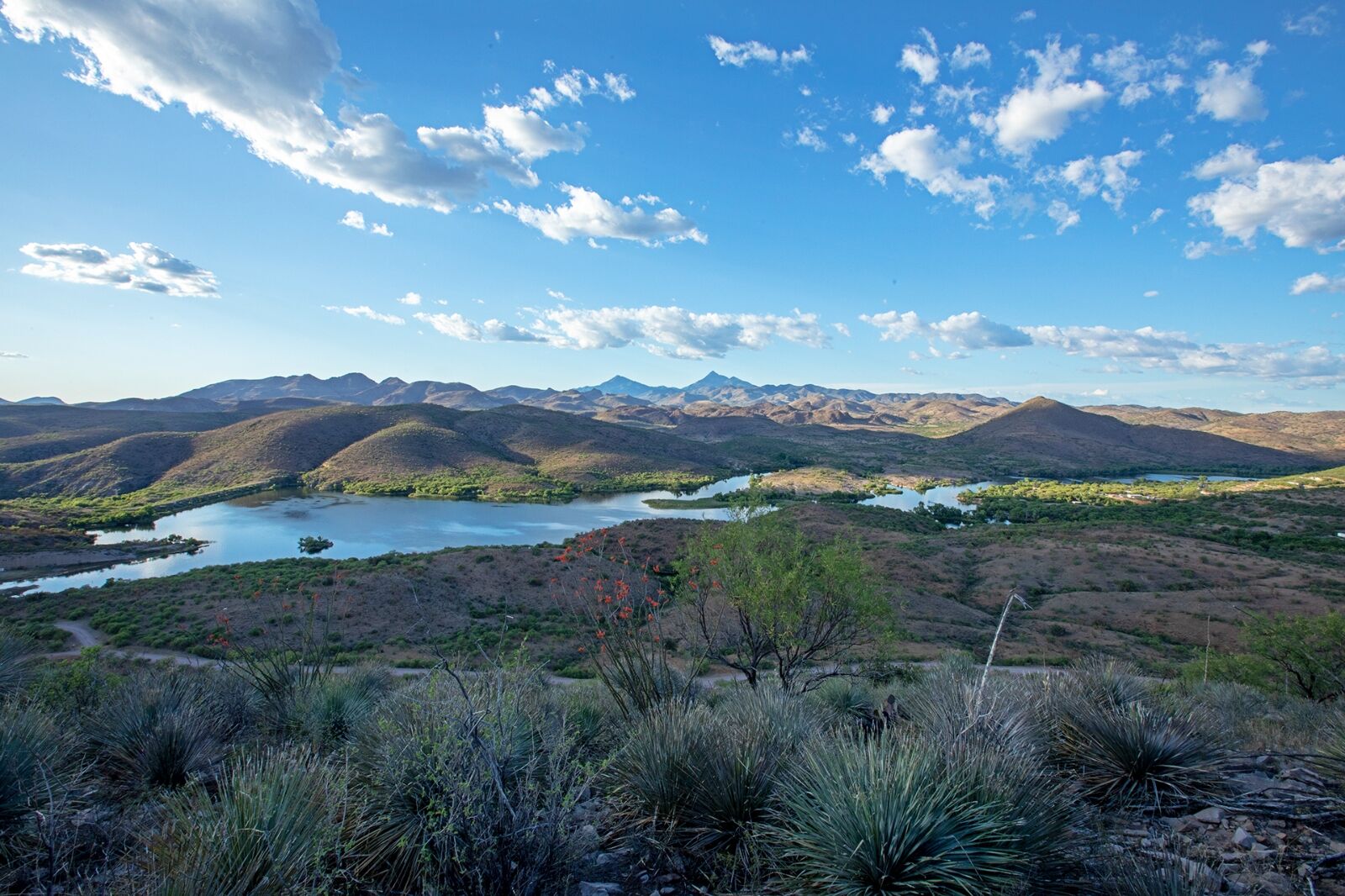 Patagonia Lake is about 20 minutes northeast of the border town of Nogales along Highway 82, just over an hour south of Tucson. This 2.5-mile long, 250-acre aquatic paradise is one of the main attractions in this part of the Copper State. The lake was formed following the damming of Sonoita Creek in 1968, with Arizona making part of the land a state park in 1974. The park is managed by Arizona State Parks and Trails and includes the Sonoita Creek State Natural Area, the first one of its kind in Arizona. 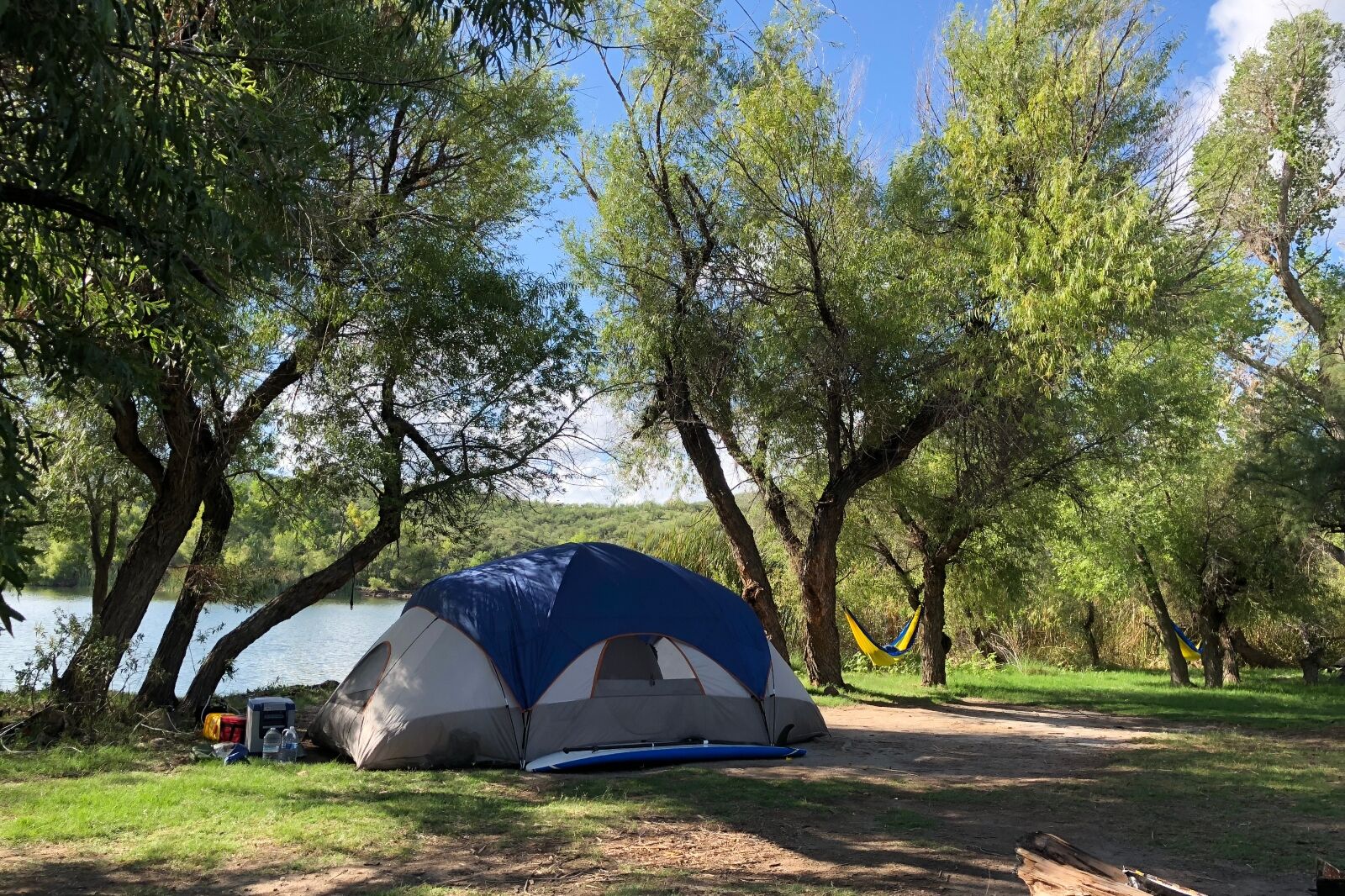 The folks at the Arizona State of Parks and Trails developed 105 lakeside campsites for tents and RVs, each with electric hook-ups, a fire ring, and a grill, as well as parking for up to two vehicles. Some sites even include a ramada. There are also two non-electric spots for 22-ft long campers or trailers. In addition to these 107 campsites, there are a dozen boat-in options that must be accessed from the water. Some of these have portable restrooms, and people can even rent a boat from the marina to reach them.

If roughing it isn’t someone’s forte, then the park also has eight cabins which can hold up to six people each. These heated and air-conditioned cabins include one queen bed, two bunk-style twin beds, a mini-fridge, a microwave, an outdoor fire pit, and two ceiling fans. All are wheelchair friendly and accessible, however, no pets are allowed. 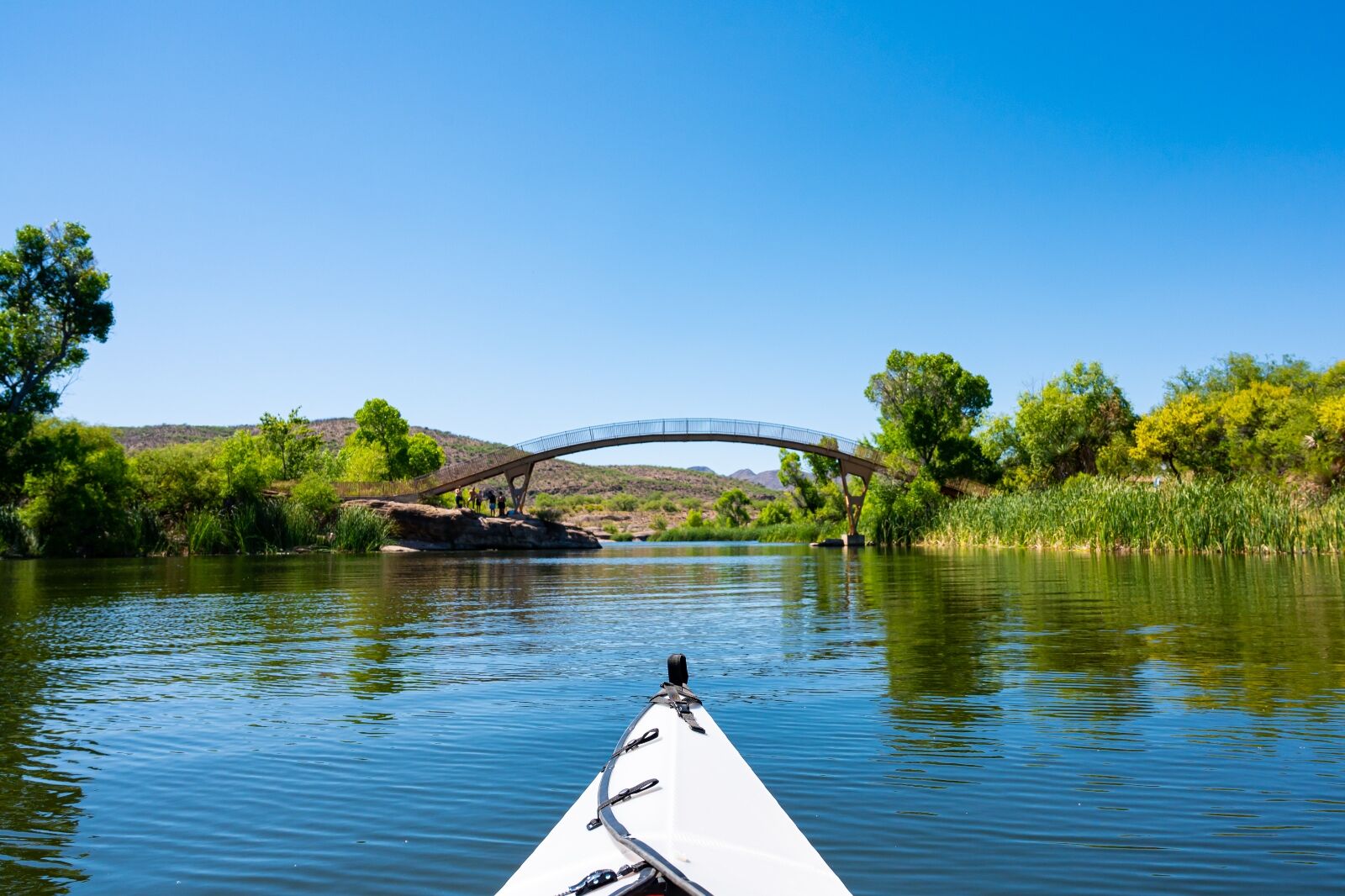 For boaters and water skiers, both motorized and non-motorized watercraft are allowed, however, the jet-skis, V-8 jet boats, and boats with above-water exhaust need to be left at home. This provision allows for a serene, peaceful vibe at the lake which is one of the many reasons its viewed as one of Arizona’s best lakes and recreation areas for families. If you don’t have a boat, Patagonia Lake has that covered as well, with a marina that provides opportunities to rent canoes, rowboats, paddle boats, and pontoon boats. 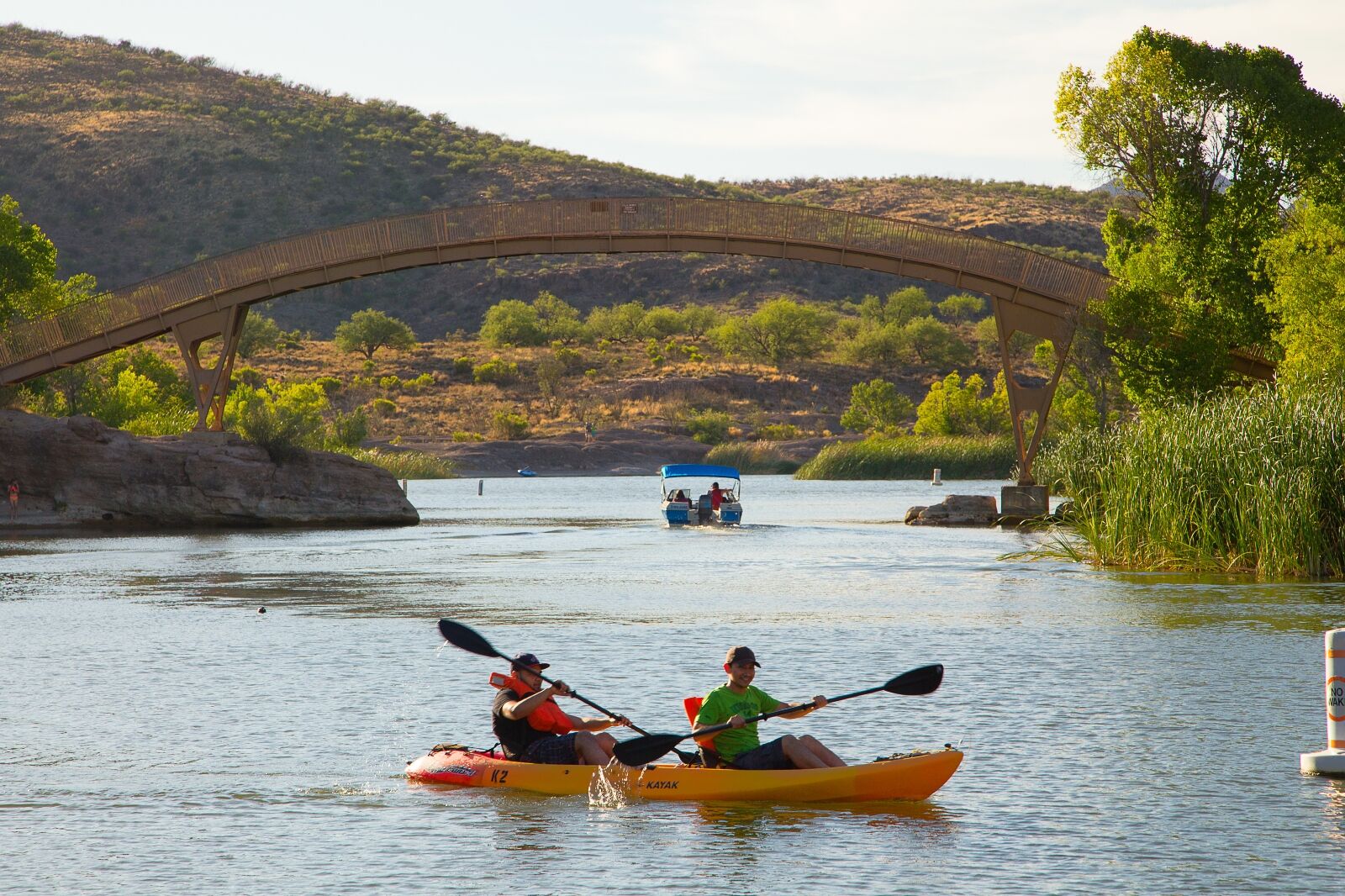 Once at the lake, adults, kids, and families can enjoy the cordoned-off swimming area at Boulder Beach, although swimming is allowed anywhere except near the boat launch area. It’s important to note that there is no lifeguard on duty at the lake, and there are no dogs allowed at the beach day-use area. However, if Fido and Spot need to take a dip, the west day use area is where they can go to get their paws wet. 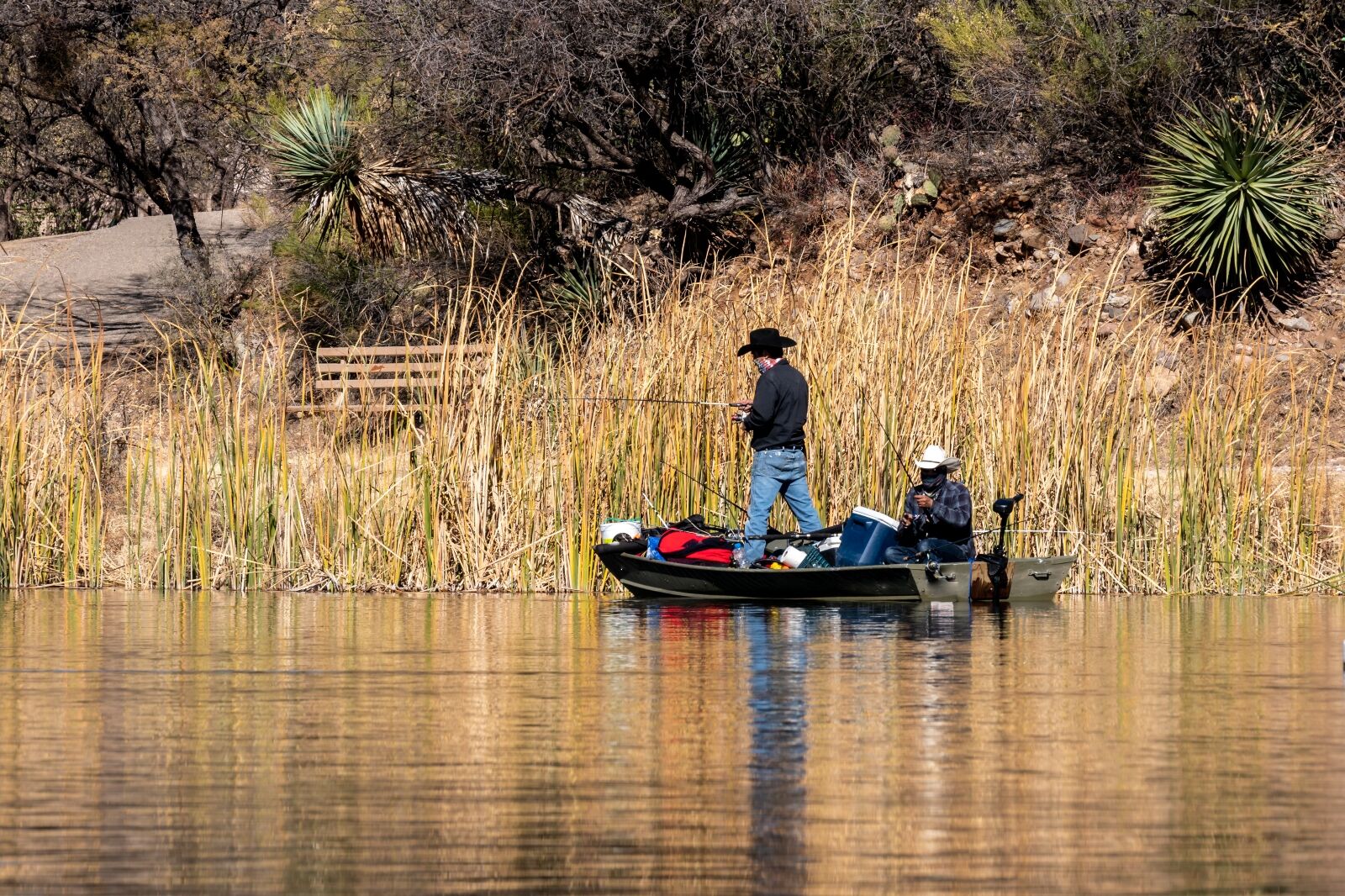 Patagonia Lake is home to large populations of largemouth bass, catfish, and trout. Getting an Arizona fishing license is easy (and required for those aged 10 and up) and can be acquired online by visiting the Arizona Fish and Game website. 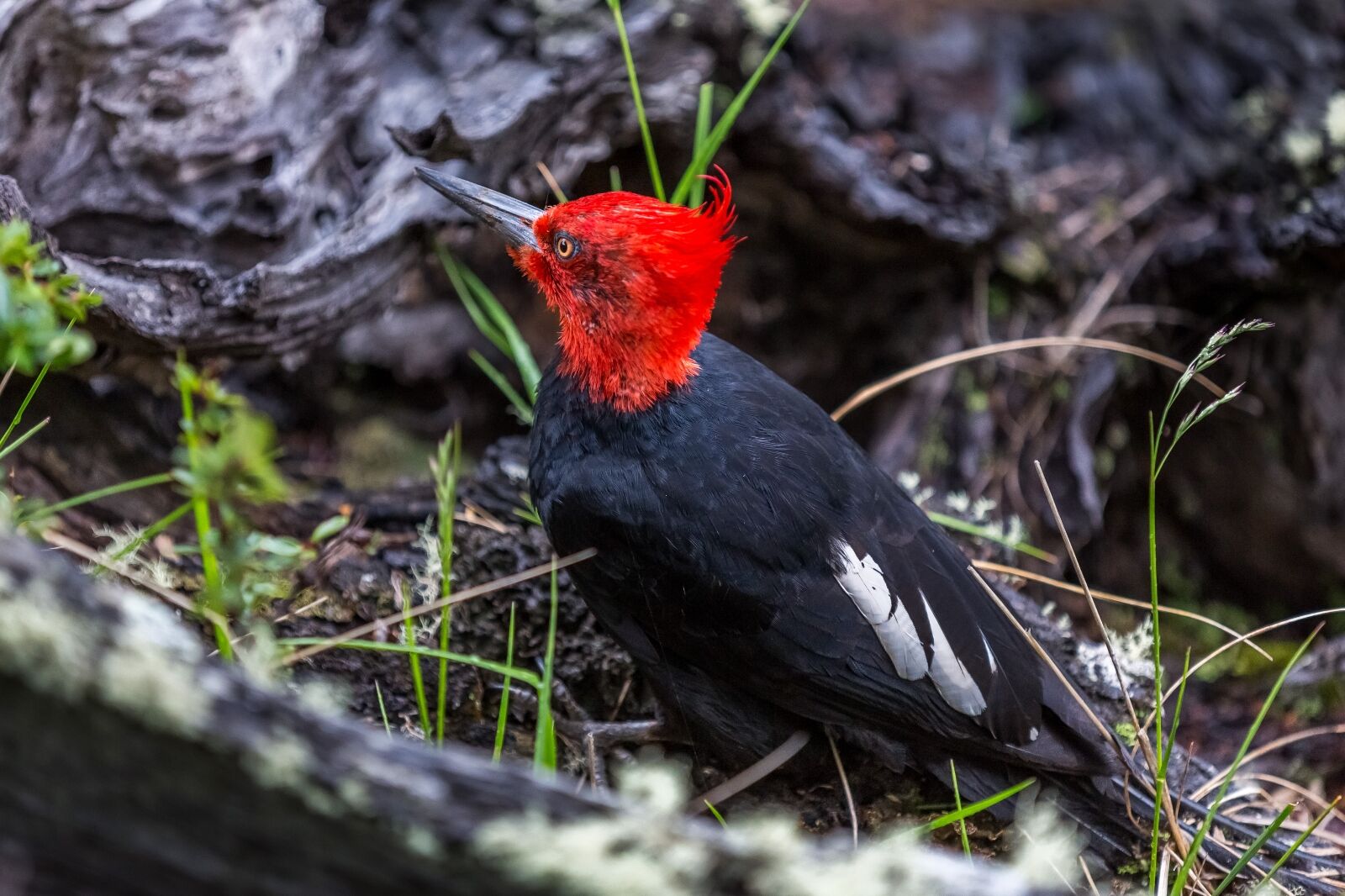 Once sufficiently waterlogged, it’s time to take part in one of the most popular activities in all of Arizona: hiking. Beginning each October, the park rangers offer guided bird walks and boat tours, which provide a thorough education on the flora and fauna of the region. In fact, this part of Arizona is known widely for its bird watching, with visitors coming from all over the world to catch a glimpse of the more than 200 species of rare and exotic birds which migrate to the area.

No matter the activity visitors choose at Patagonia Lake, one thing is certain: plan ahead. Patagonia Lake is a popular destination for families from both the US and Mexico. Spots fill up quickly each year, although it’s easier to get into the campground or a cabin on weekdays.

If traveling in the spring, visit the state park website to learn the dates for the annual Mariachi Festival at Patagonia Lake. Mariachi bands and dancers from Sonora, Mexico travel there for the festival which also features samplings of local drinks and fare including the locally famous Sonoran Hot Dogs. This regional specialty is prepared multiple ways throughout Arizona, but generally includes a bacon-wrapped frank in a soft bun that is smothered in beans, pico de gallo, peppers, and various standard and sometimes unique condiments.

Nearby attractions near Patagonia Lake

While it’s possible to spend an entire vacation enjoying Patagonia Lake, beyond the valley in which it sits are a multitude of opportunities to explore Southern Arizona’s rich culture and varied topography. 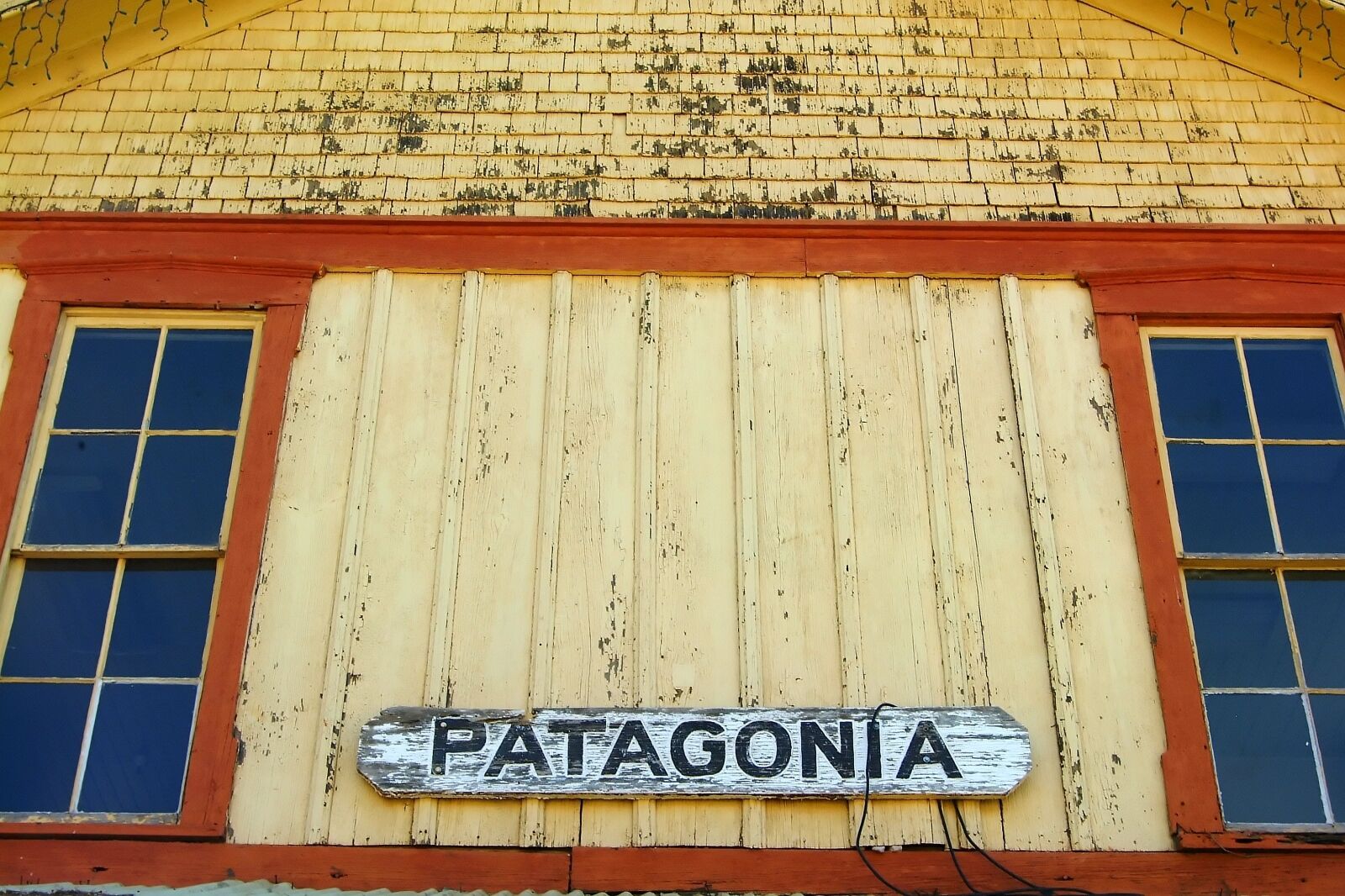 To the east of the lake entrance along Highway 82 is the small, picturesque town of Patagonia. Dubbed “The Jewel of the Sonoita Valley”, this tiny town and its 800-or-so residents host a quaint and quirky downtown area filled with shops and eateries. Head into town to try out the Velvet Elvis Pizzeria where you can not only catch a glimpse of a literal velvet portrait of Elvis Presley, but also dine on some of their unique, original pizzas. The Exorcist pizza, which includes roasted red pepper, basil, gorgonzola, and roasted garlic is out of this world. This popular spot has just moved to a new location and is back open for business as of August 2022. 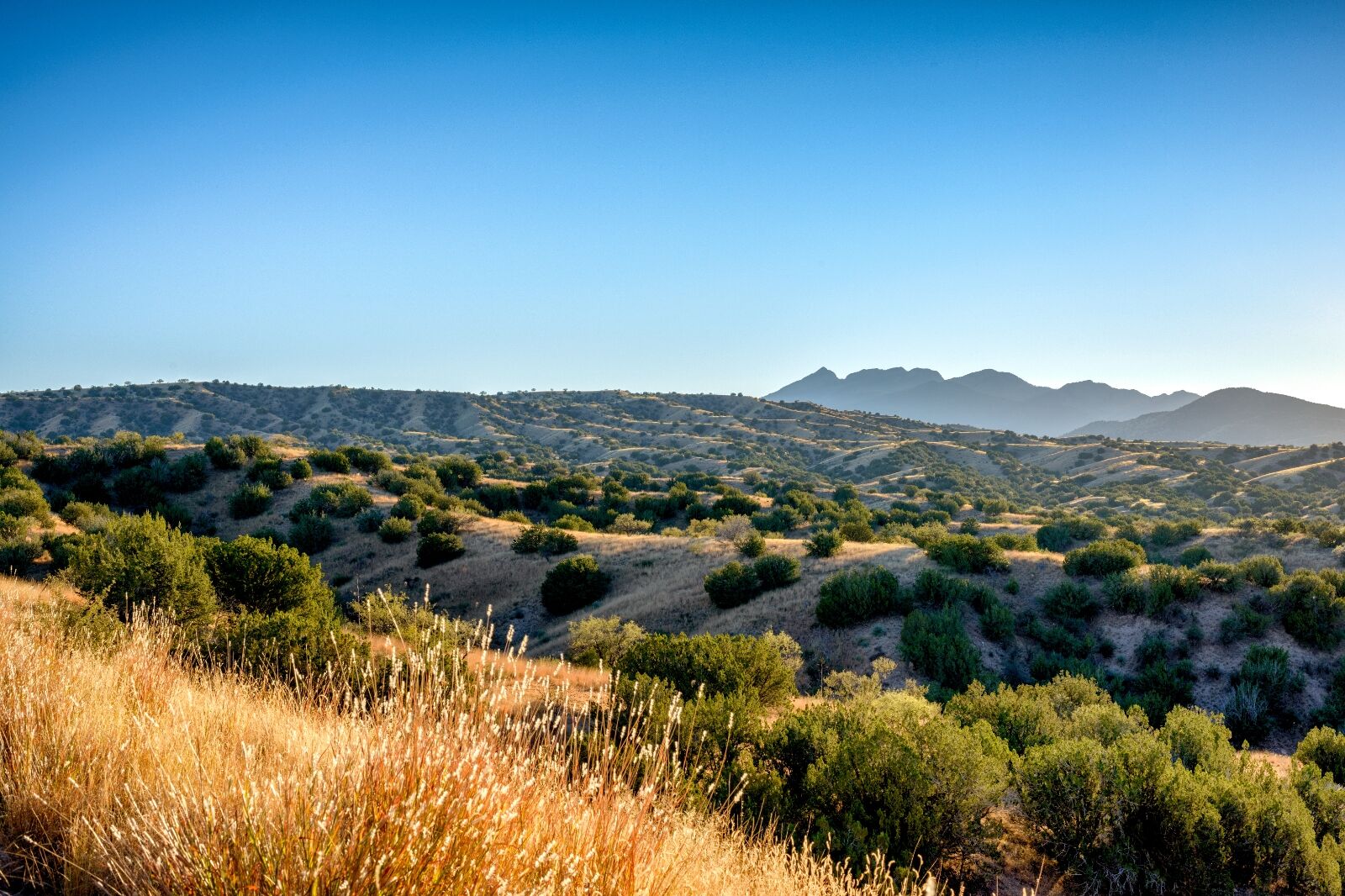 Beyond Patagonia is the rest of the Sonoita Valley. It’s similar in appearance to Northern California around Davis and Napa, but also includes dramatic, towering rock mountains in the distance, which reminded you’re still in Arizona. But just like California, several wineries, breweries and even meaderies call this area home, with many of them featuring tasting rooms and events. Check out Rancho Rossa Vineyards in Elgin where Brea (pronounced Brie, like the cheese) and Chris Hamilton will not only put forth their best offerings from the vine but also have a food truck on site where wines can be paired with fresh-baked bread for sandwiches and some of Chris’ house-made bacon. It’s been deemed the friendliest winery in the area by many visitors. 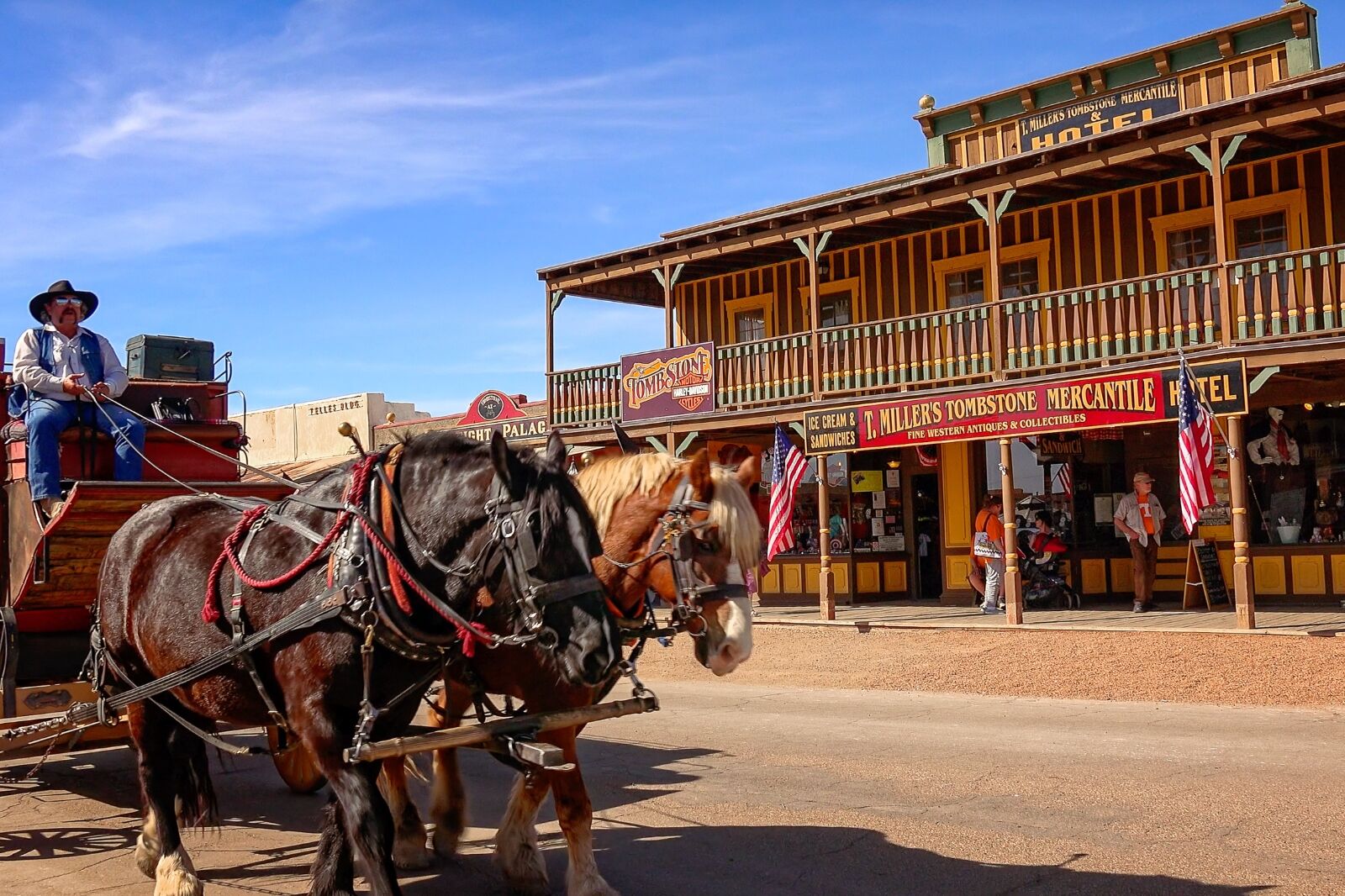 Even further out than the wineries lies the icon of The American West, Tombstone, about 90 minutes from Patagonia Lake. Tombstone is home to the O.K. Corral where visitors can witness a daily reenactment of the historic gunfight involving famed lawman Wyatt Earp at 11:00 AM, 1:00 PM and 3:00 PM. 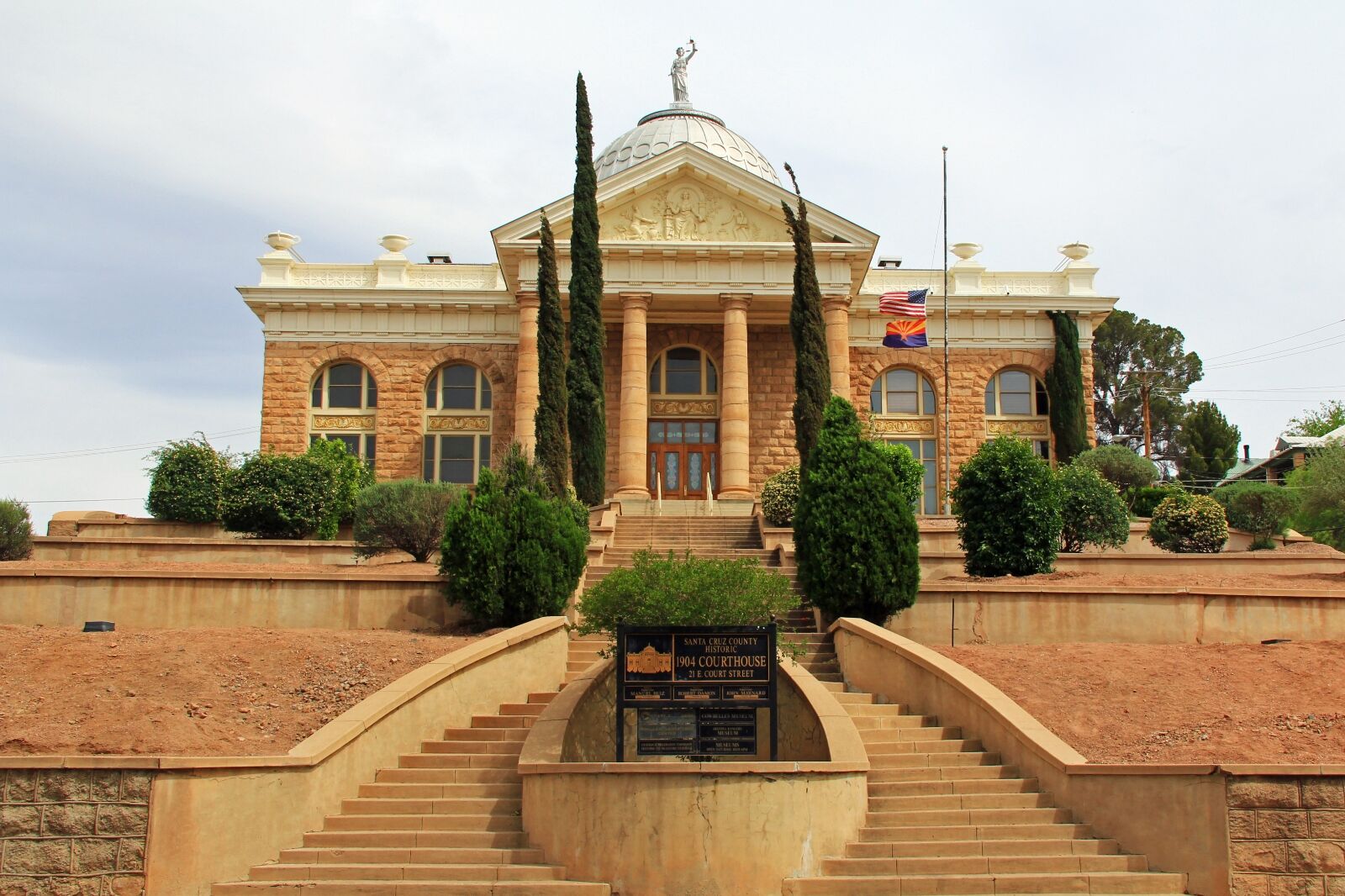 Closer to the lake, people can visit the Nogales on the other side of the border. Nogales, Sonora, is directly across from Nogales, Arizona, and there people can shop, dine, and enjoy the tourist favorite Museo de Artes de Nogales art museum. It’s usually best to park on the US side of the border and walk across to Mexico. Check out Dante’s Eatery and Bar on Avenue Alvaro Obregon. Dante’s features a broad menu of local favorites as well as some familiar offerings in the way of pizzas and burgers. Order the arrachera (skirt steak) which is flame grilled to perfection. Visiting Mexico is simple and easy, so but requires a valid US passport or passport card. It’s wise to visit the US State Department website for the Consul General for any travel updates and other entry requirements. 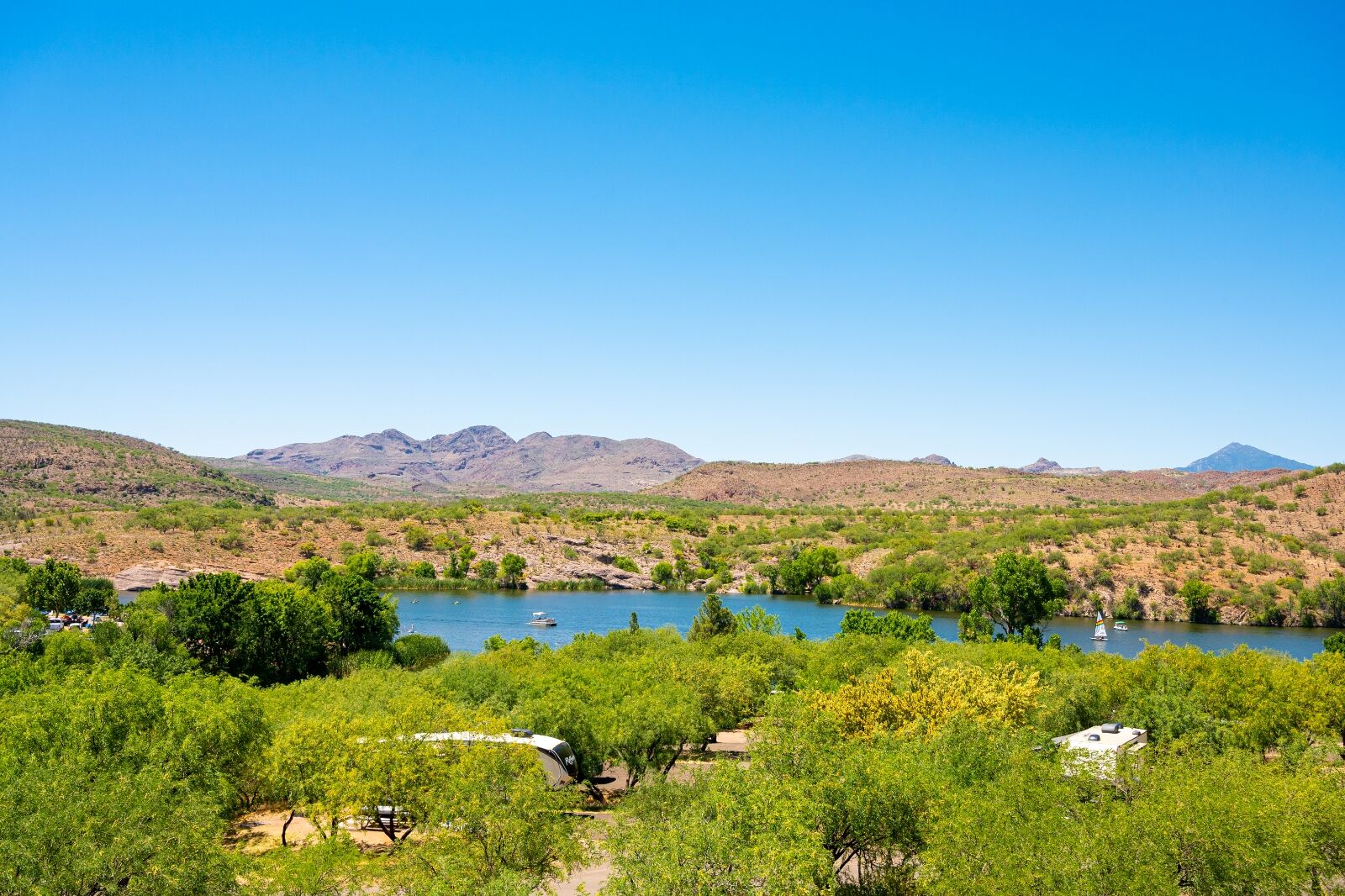 Regardless of whether visitors spend their entire time at Patagonia Lake, or venture beyond the valley to experience all that Southern Arizona has to offer, there are some tips to help make the most of the visit.

Although the temperatures in this part of Arizona tend to be a far cry from the 110-plus felt in places like Phoenix and Lake Havasu City, the highs will still be in the mid-90s between June and September. This means it’s important to stay hydrated and have plenty of water accessible. The winters in this part of Arizona can get cold and at almost 4,000 feet above sea level, the highs may be in the 60s, but the lows can drop to below freezing at night. Regardless, anyone who’s ever spent time in Arizona will attest that dehydration in the arid climate can occur even in the mildest of temperatures.

Joining the 200 species of avian life in this area are wild turkeys, deer, rabbits, coyotes, collared peccary (known locally as javelina), lizards as well as Arizona’s most famous residents: scorpions, tarantulas, and rattlesnakes. It’s always important to remember this was their home first and to keep your distance — even from the furry, cuddly ones.

According to the Arizona Office of State Parks and Trails, the busiest times of the year at Patagonia Lake are between May and November, but it can be challenging to find an open space in the campground or the cabins on the weekends year-round, so it’s best to plan ahead and make plans as early as possible if you intend to stay at the lake. Additionally, it’s important to know that between June and August is when Arizona gets most of its rainfall. This summer “monsoon” can bring daily thunderstorms and flash flooding is common. It’s important to stay aware of the weather to be sure not to get caught in a storm, or in flood waters.

While the Wild West still lives in some parts of Arizona, it’s important to visit the Patagonia Lake website to review the rules and regulations to make sure a visit goes as planned.

Curious About Edible Cacti? Here’s How To Eat This Southwest Staple
There’s Only One Way To Visit Antelope Canyon. Here’s How To Do It.
Everything You Need To Know About Seeing Wild Horses in Arizona