If you picture the opening credits to The Office when you think of Pennsylvania, that’s okay, but that jumpy soundtrack in your head is about to get turned into a song celebrating what the state does best: autumn.

The first thing to know about Pennsylvania — central and eastern PA, in particular — is that it’s the easiest region to access from anywhere in the northeastern United States. It’s a quick commute southwest from New York or Boston, northeast from Baltimore and Washington, DC, and if you’re in Jersey, you’re nearly there already. Even Portland, Maine, is less than a day’s drive.

Outside of Philadelphia’s regularly scheduled rush hour, there’s not really any hustle or bustle about this part of the country — an hour from Philly, in Lancaster County, you’re still more likely to pass an Amish-owned horse-pulled buggy on the road than you are a Tesla or tour bus. Combine this tidbit with stunning fall foliage, great trail access, and a collection of quirky population centers that fall somewhere between big town and small city, and what you have is the best place to take a weekend road trip this fall. Here’s how to make it happen. 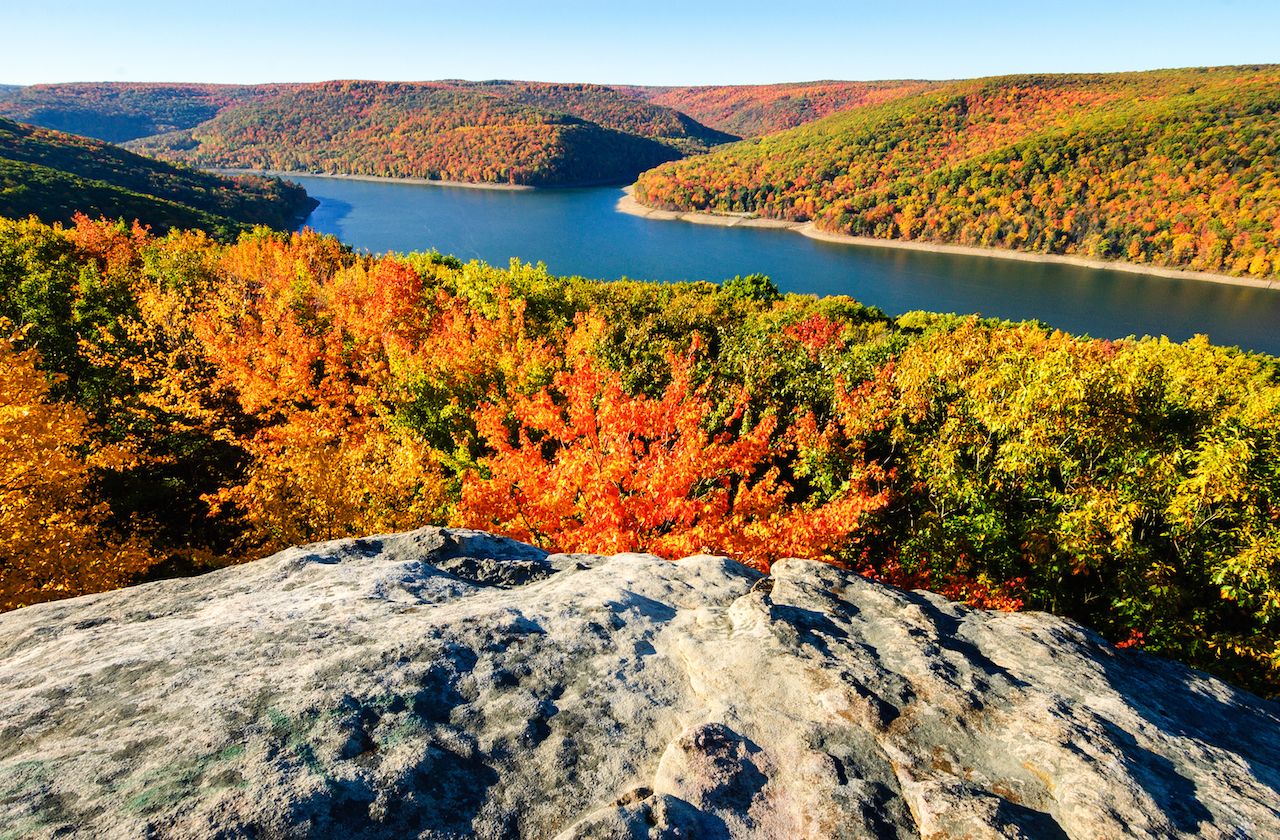 A fall road trip without leaf-peeping is as wasted as cheesesteak without Whiz or American. If you’re coming from New York or New England, make Big Pocono State Park your first stop in Pennsylvania. From the summit of Camelback Mountain, you can see as far as New Jersey across fields of oranges and golds. Then, cruise Route 6 as far as your desire for fall colors takes you — the entire highway is surrounded by foliage and views of Upper Hill.

Hiking through Allegheny National Forest is a popular activity among leaf-peeping outdoor types, and if you’re coming from the south, a hike on the trails of Little Buffalo State Park near Harrisburg is equally stunning. 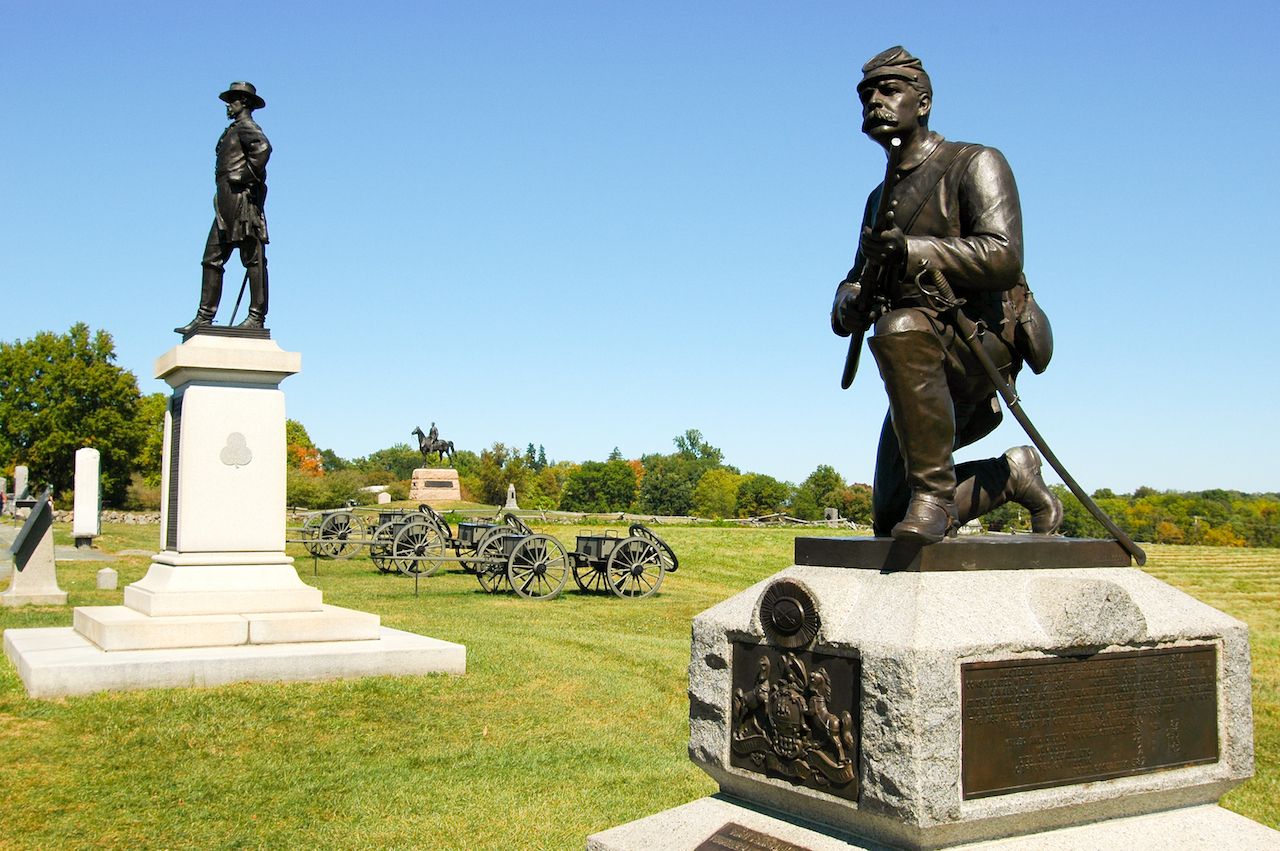 One well-known classic should be part of your road trip through south-central Pennsylvania: Gettysburg, the Civil War’s most notoriously bloody battle. A number of exhibits and guided tours of the battlefield are available, and as the website suggests, Gettysburg is one of the best places to walk in the footsteps of Lincoln. The park’s most unique feature is the Gettysburg Cyclorama, a 360-degree painting of the battlefield on the third day of the conflict, originally displayed in the 1880s. 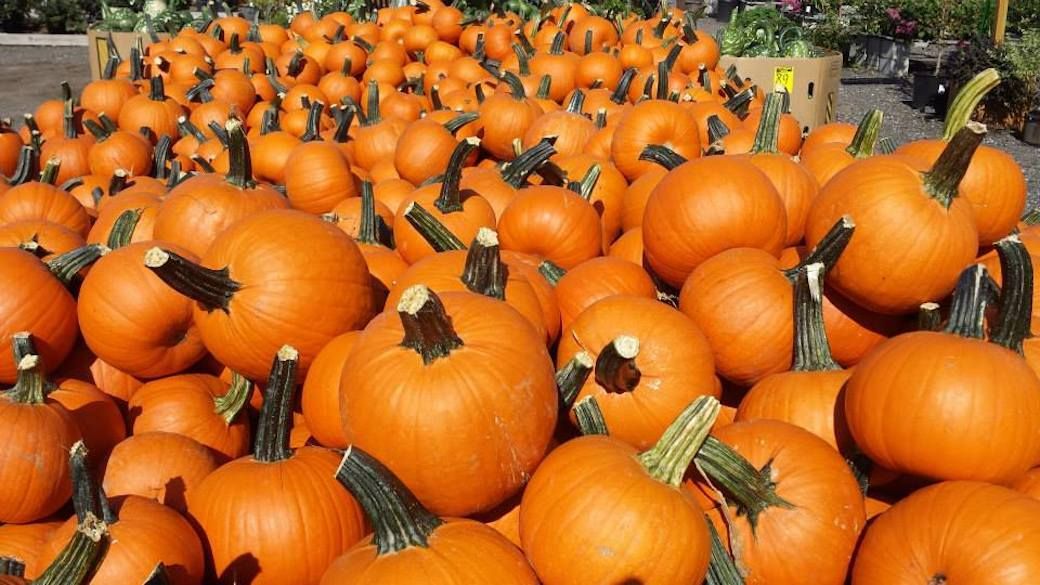 The harvest must go on, after all, and Linvilla Orchards’ Pumpkinland is one fall tradition that’s still going forward in 2020. Bonus: It’s only a half-hour drive from central Philly.

If you’re traveling with children — or the rare adult who refuses to believe that all pumpkins aren’t created equal — the experience here is as informative as it is delicious and engaging. The patch celebrates the farming history of the region right down to the scarecrows and offers socially distant hayrides, fishing, cornfield mazes, and other fall-themed activities while educating visitors on the many uses of the most epic of decorative gourds. It’s open from mid-September through early November. 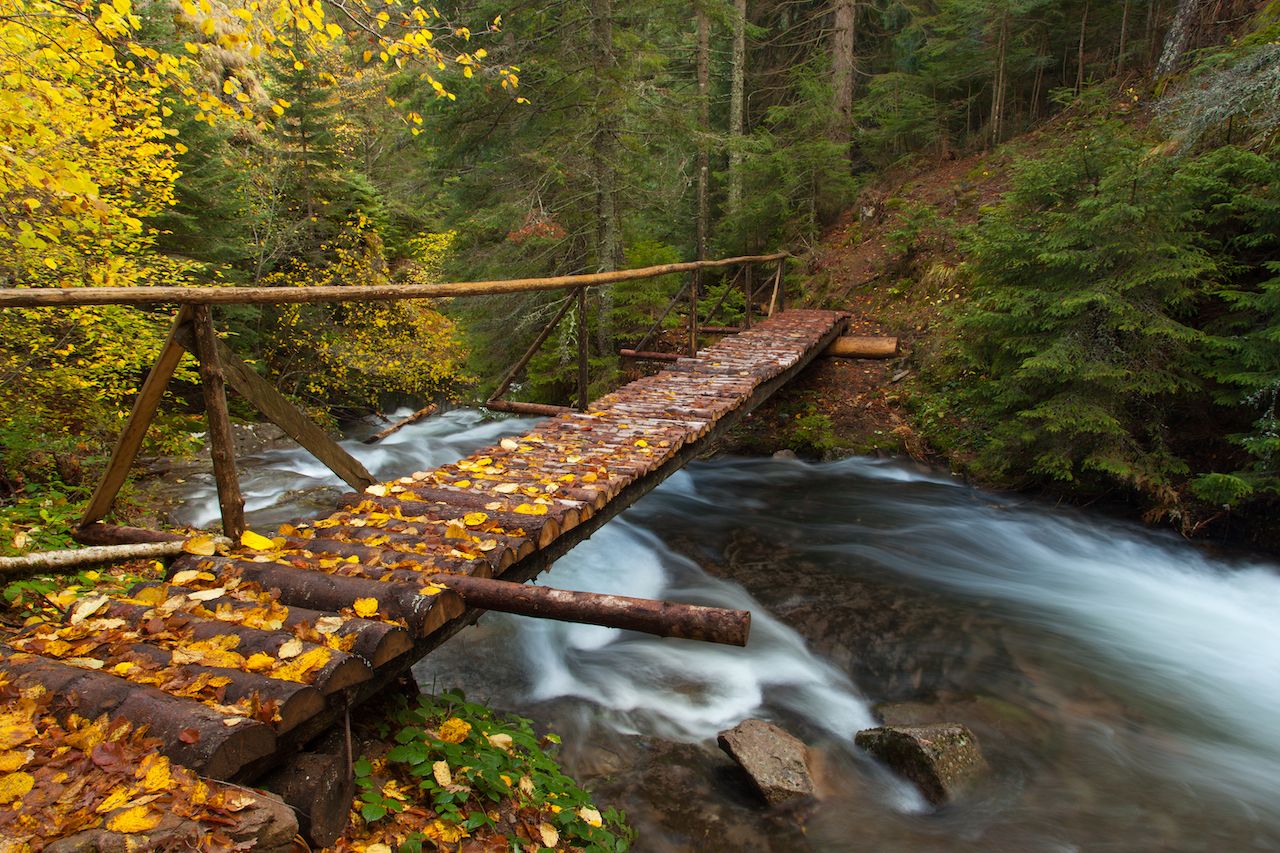 Fall is the best time of year for mountain biking, and Pennsylvania is riddled with mountain-bike trail systems despite not having a peak above 3,300 feet. Ascending from the town of State College, the State College Gap Loop leads into a winding system of trails just outside town that includes the 26-mile Cooper’s Gap. Closer to Philly, the Wissahickon Valley trails in Fairmount Park, known by local shredders as the Wiss, are some of the state’s best singletrack and are a quick drive north of the city center. Near Lancaster, hop onto the trails at Landis Woods Park or head for the interconnected system of trails just outside the nearby town of Gorman.

Nerd out on beer in Lancaster. 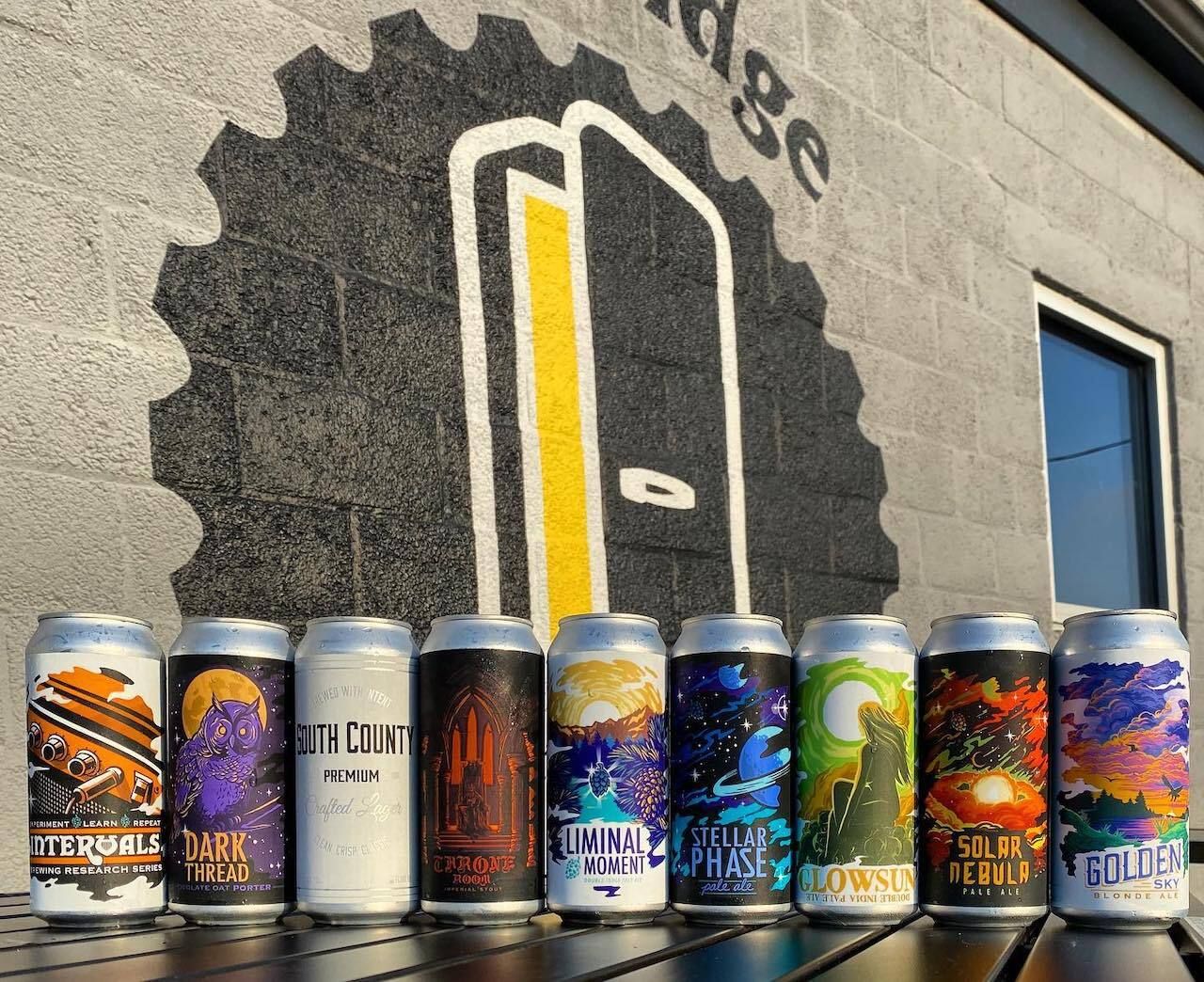 Whether or not you bike or hike near Lancaster, plan to spend a night here. Nearly every town in the US has craft beer these days, but very few are as good a place to actually drink beer as Lancaster, a small city about an hour and a half west of Philly. The Fridge, a beer and pizza shop just off the city’s Northwest Corridor Linear Park, was started by a couple of local brew-preneurs who have made the concept of the “bar crawl” all but obsolete.

Here, choose from more than 400 — you read that right — different types of beer. “Basically, if I can’t find you a beer that you like in our cooler, you probably just don’t like beer,” says co-owner James Futty of the selection. “What separates The Fridge from other beer bars is that it’s not a bar and it’s not a restaurant — it’s a craft beer and artisan pizza cafe, without TVs. We want folks to interact with one another.” Grab a few bottles to go, or hang out while eating some pizza.

While in town, also check out the Lancaster Central Market, the country’s oldest continually running farmers market. And if you want to take a peek back in time, head into rural Lancaster County toward Quarryville. Hike the Theodore A. Parker III Natural Area to see what the eastern hill country looked like hundreds of years ago, and if you happen to pass by any of Lancaster County’s 33,000 Amish on the country roads, be sure to tip your hat.

Parks + WildernessThe best fall foliage trips to take by bus in the Northeast
Tagged
Outdoor Road Trips Pennsylvania, United States
What did you think of this story?
Meh
Good
Awesome

The 6 breweries to visit on your first trip to Philly