Phoenix is a slice of pizza heaven. Yes, that Phoenix, the one where it’s nearly hot enough in the summer to cook said pizza on the sidewalk. While Chicago and New York were dueling it out for pizza supremacy, Phoenix was quietly building an army of pizza joints that could dethrone Naples. We’re talking true temples of dough, some stylish, some artisan, and some traditional. While there’s no “Phoenix-style” or even “Arizona-style” pizza, you can find places that have perfected just about every style out there, from deep dish to thin crust to true Neapolitan. There are nationally known and James Beard award-winning pizza makers, like Chris Bianco, and local legends who will soon be nationally known, like Myke Olsen.

The time for debate of whether or not Phoenix is a pizza city has come and passed. The only pizza question you should be asking yourself is where to eat first. 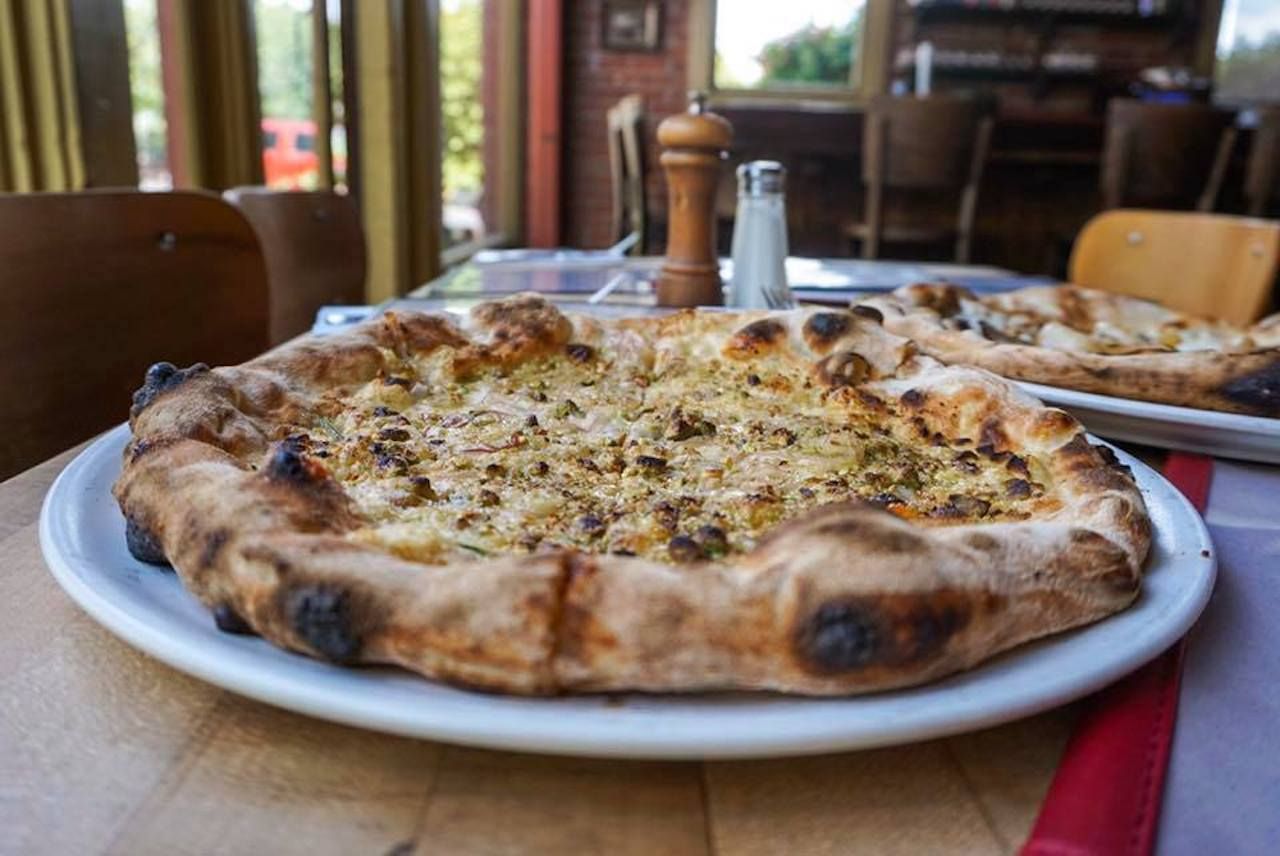 Chris Bianco gets a lot of pizza props, and for good reason. Bianco is the godfather of Phoenix pizza. He’s praised by the likes of Bon Appétit, Vogue, Eater, Jamie Oliver, Jimmy Kimmel, and Oprah, to name a few. His pies have been named the best in the country by numerous publications, committees, and authority figures. Bianco’s secret at Pizzeria Bianco is simple: He uses only dough made with local wheat flour that’s naturally leavened to give the crust depth, chew, and a slightly nutty finish. The bread is topped with tomatoes from Bianco’s own line of 100 percent organic canned tomatoes and a carefully chosen cheese to match. On the Wiseguy, it’s house-smoked mozzarella alongside fennel sausage and roasted onions, while the Rosa has Parmigiano-Reggiano imported from Italy to complement the red onions, rosemary, and Arizona pistachios. Lines can be long, but the wait is worth it. 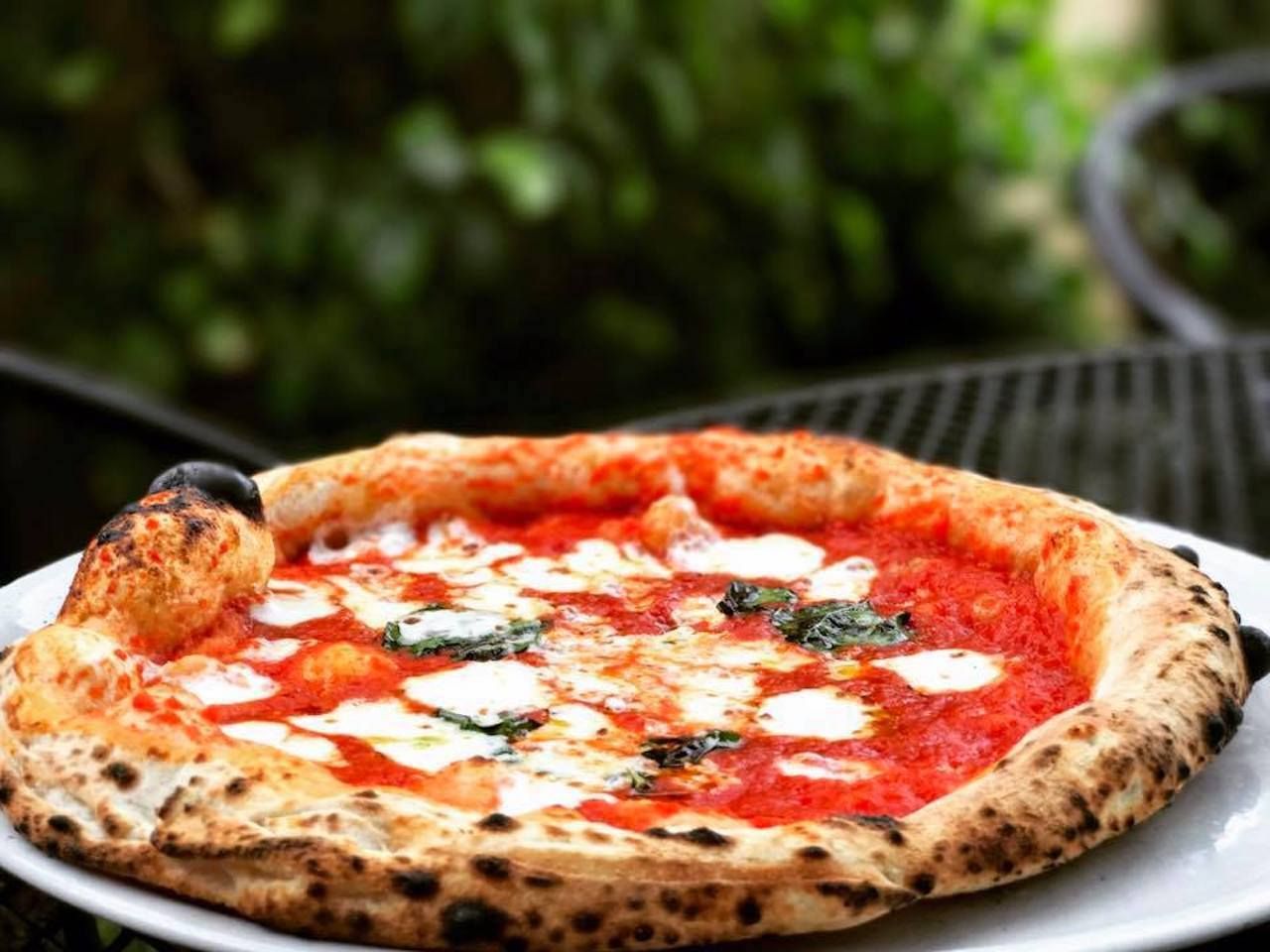 At Cibo, pizza is elevated to special occasion food. The downtown oasis is housed in a restored 1913 bungalow with a picturesque patio that comes to life with twinkling lights at night. On any given night, there’s a good chance a nearby table will be celebrating a birthday or anniversary. Cibo has become such a cherished spot because chef-owner Guido Saccone puts the “upper” in crust. Wood-fired to puffy, charred perfection, the perimeter of each pie perfectly showcases the well-balanced middles, whether it’s a combo of Gorgonzola and spicy salami or sausage and mozzarella. Begin with antipasto and end with a shot of house-made limoncello for start-to-finish bliss. 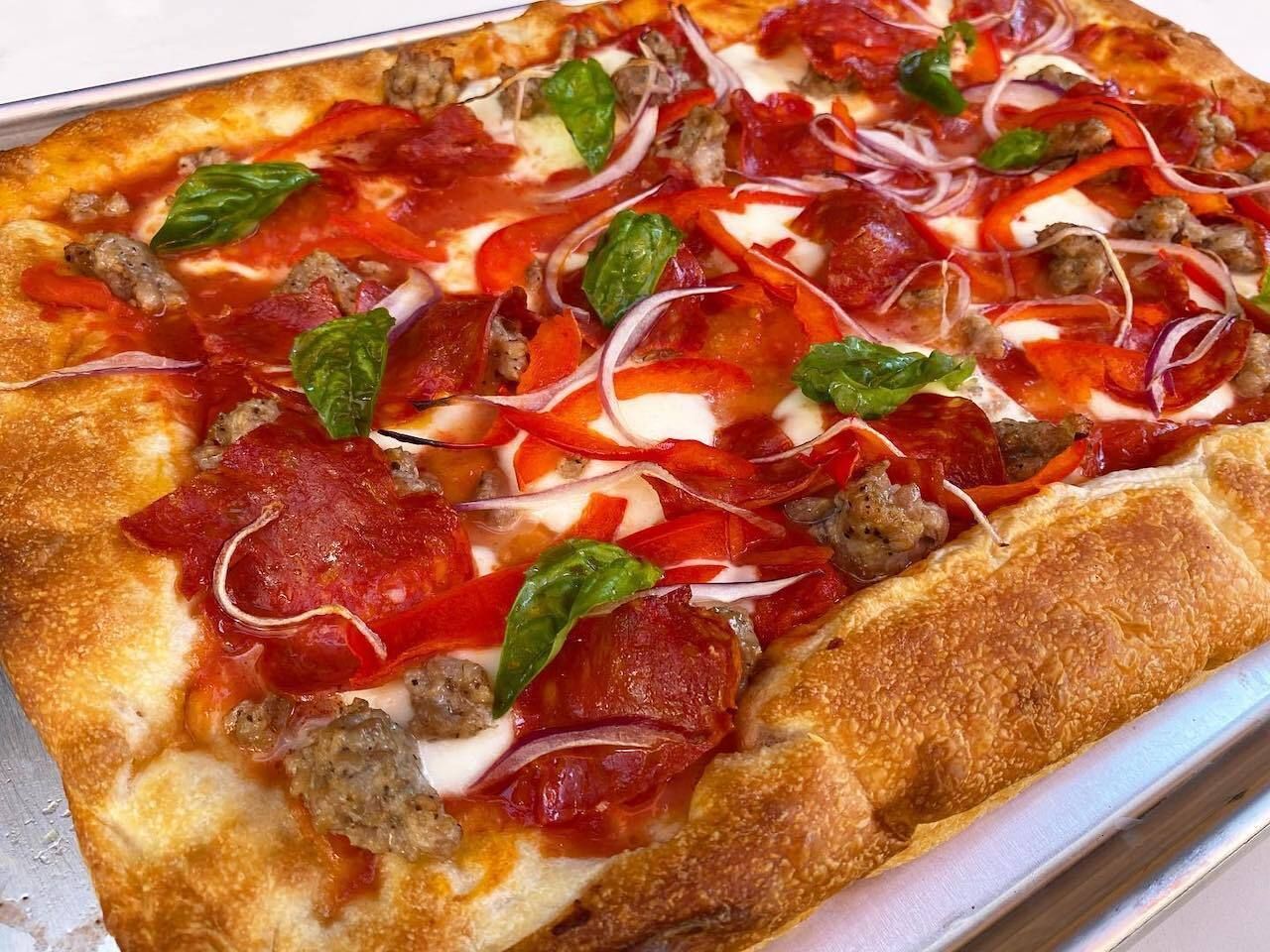 You can’t talk about Pomo without talking about owner Stefano Fabbri. Fabbri grew up in Italy and brings a strict adherence to time-tested Italian ingredients and edicts to his certified Napoletana pizza. Pepperoni topper? Fuggedaboutit. But you will find pies like the Diavola, a San Marzano tomato and spicy soppressata slice that’s blast-cooked for 90 seconds at 950 degrees Fahrenheit in the hand-built oven. Or savor the simplicity of the Bufala Verace with fresh mozzarella, Parmigiano, basil, tomato sauce, and olive oil. Either way, the blistery crust is the perfect vehicle for wiping up the slightly soppy center. Don’t skip dessert, either. Pomo’s espresso-soaked, mascarpone layered, coco-dusted tiramisu is beyond dreamy. 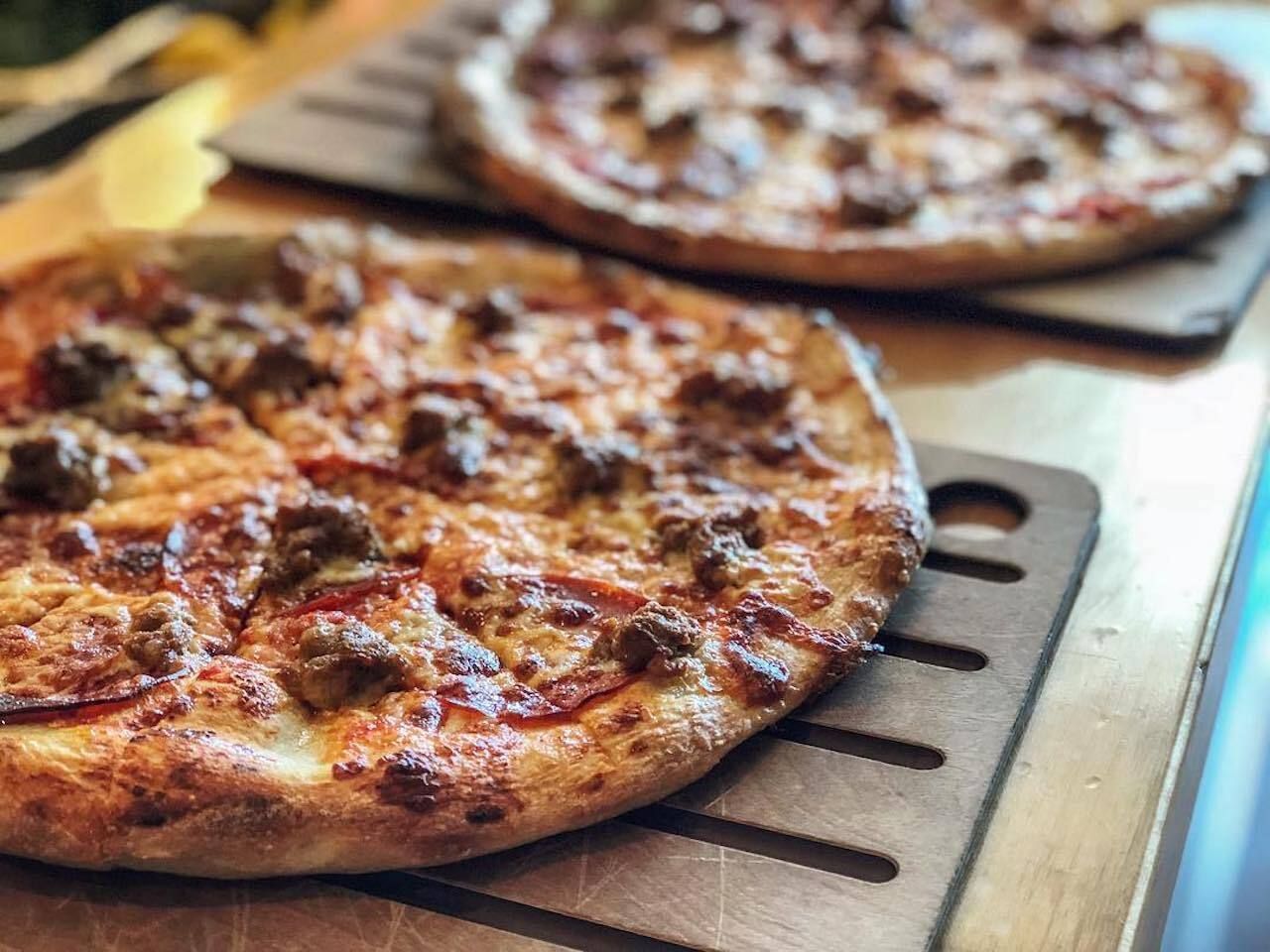 La Grande Orange, or “LGO” for people in the know, is pizza with personality. It’s located in a hip grocery-bakery-gelateria-pizzeria-gift shop that buzzes with a see-and-be-seen energy. But the star of the show here is pizza itself. The pies ooze charm and charisma with toppings like avocado, lemon zest, and broccolini alongside mainstays like sausage and margarita. So should you go for the veg-loaded Rocket Man or the meaty Gladiator? All of the pizzas come on the famous fermented dough, which is a sourdough so full of flavor and chewiness that there’s no wrong choice. 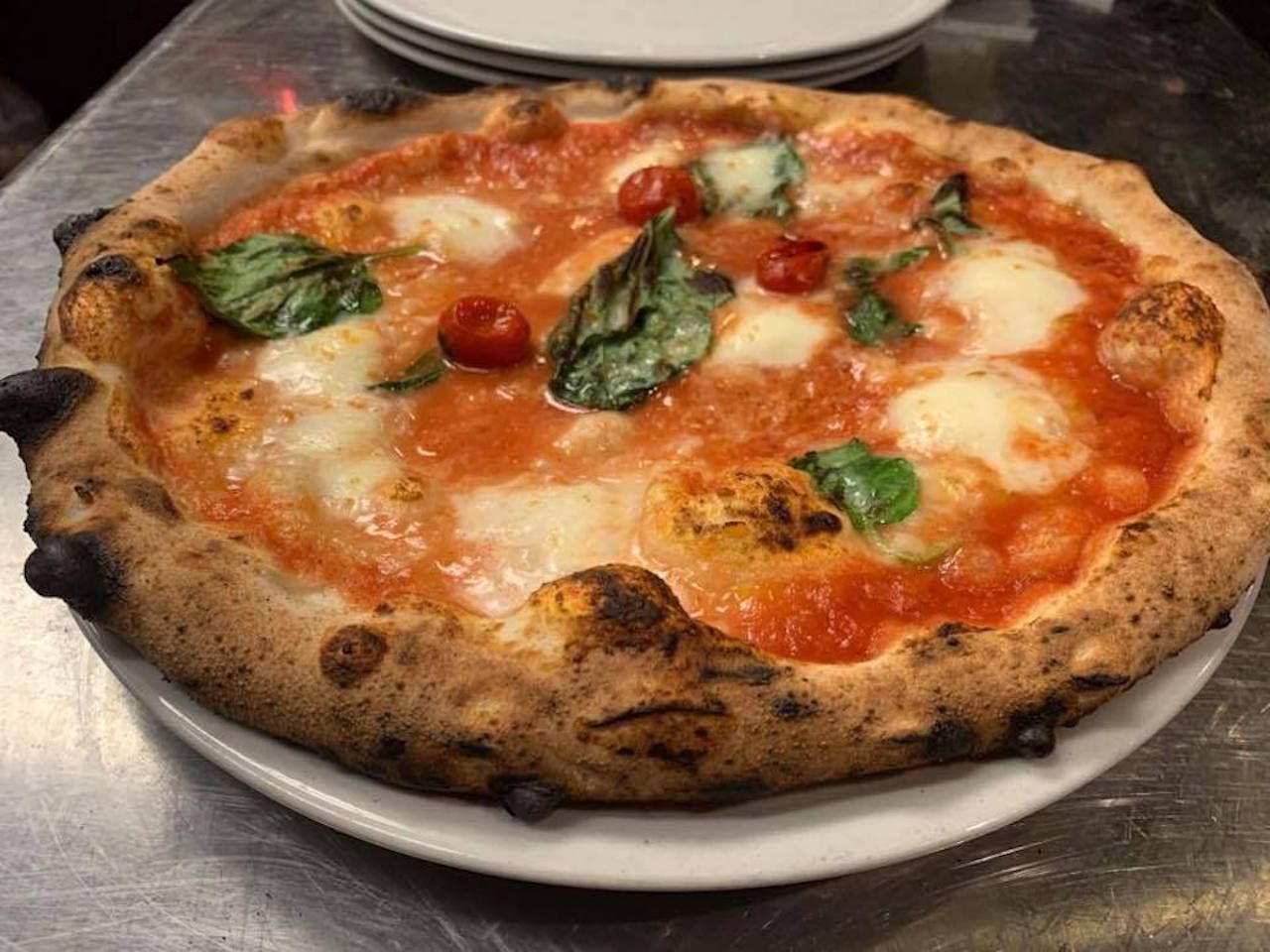 If you ask owner Justin Piazza about deep-dish pizza, there’s a good chance he’ll say it’s sacrilege. La Piazza is all about Neapolitan pizza, and he has the official VPN certificate to prove it. That means the dough is made with high-protein flour and a double-fermentation, the sauce is built from San Marzano tomatoes, the fresh mozzarella is made in-house, and the toppings stick to the traditional like anchovies, capers, and prosciutto. It all goes into the hand-built domed brick oven, which can easily reach 1,000 degrees, and it comes out a crispy-chewy crust with pedigree. Get the Dolce Diavolo, a spicy-sweet blend of soppressata, Calabrian chiles, fresh basil, and a drizzle of Arizona honey. 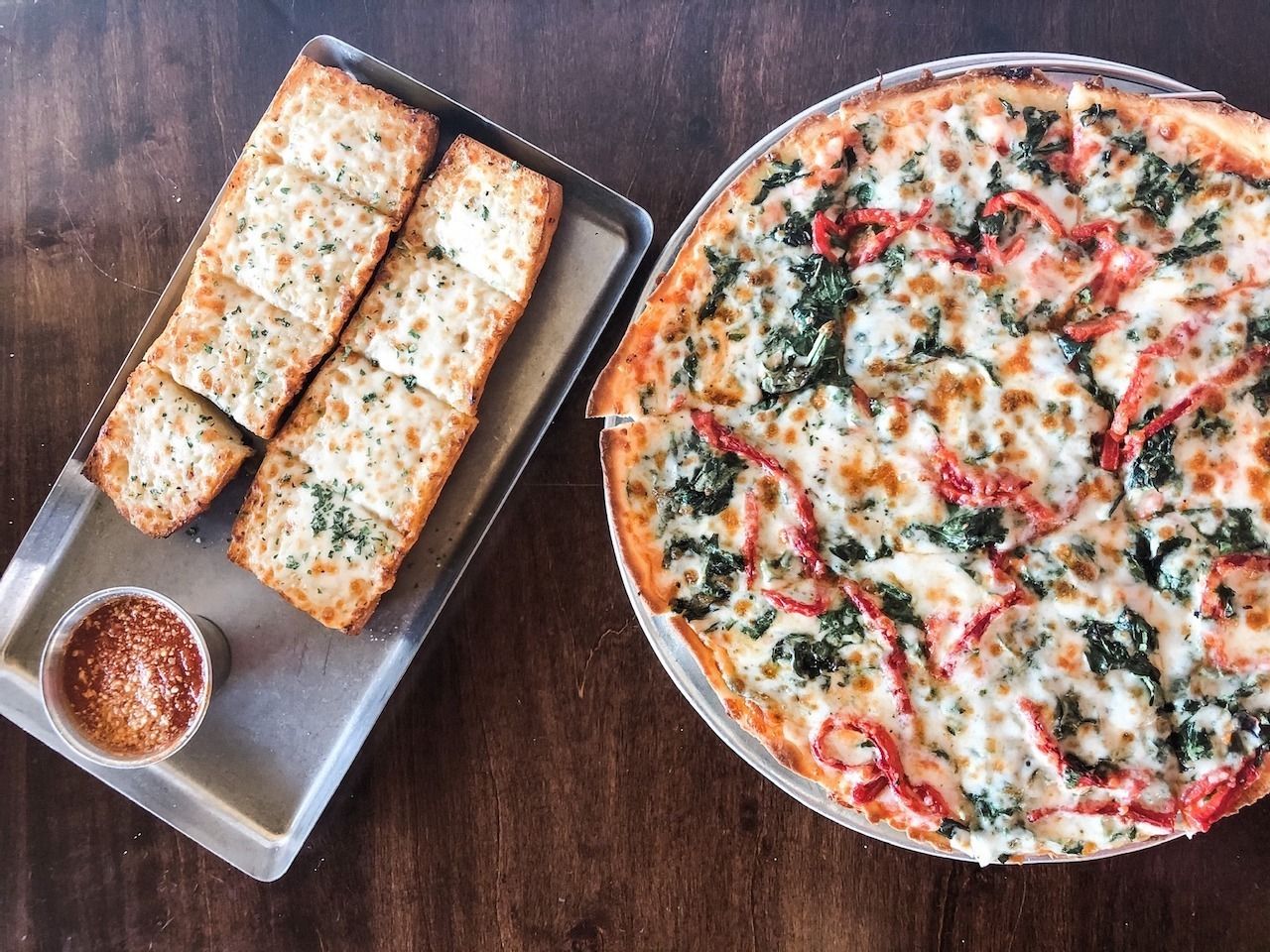 The standout here is the sauce, which is a sweet, tomatoey temptress that’s remained a closely guarded family secret since the first Spinato’s opened in 1974 (there are now five locations). The most we know about the sauce is that it’s made with the finest ingredients, starting with tomatoes from a company in California. But the sauce is not all. Whether you “Get Meaty” with a sausage, beef, pepperoni, or bacon bonanza, or go veg with the Mamma’s Signature blend of fresh spinach, garlic, and tomato, cheese is laid on thick and comes out in a blistery blanket that bubbles almost to the edge, but leaves just the right amount of gloriously crispy crust. 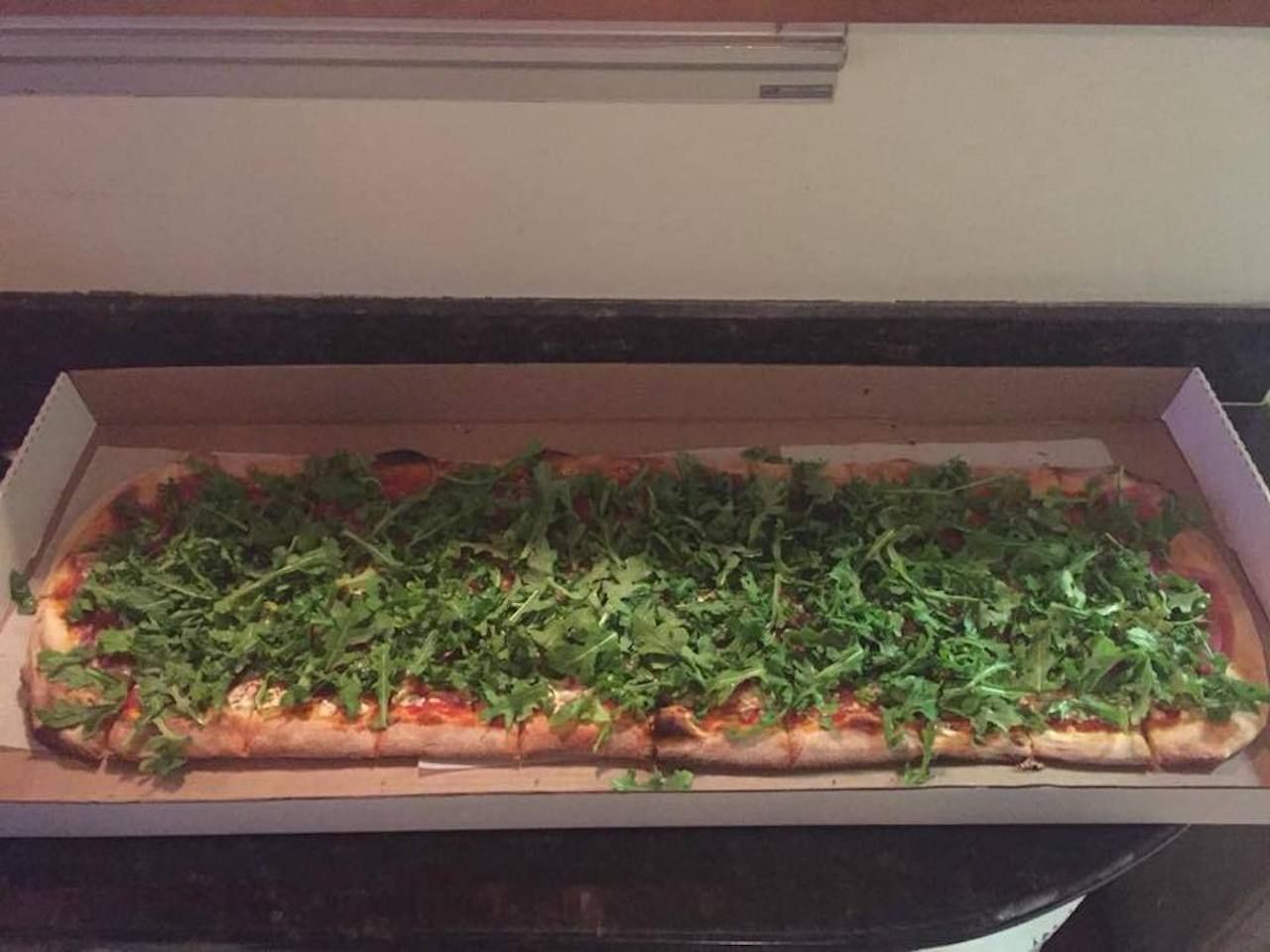 The digs may be small and nondescript — it’s a 20-seat slice joint in a strip mall next to a Circle K — but the pizza is mighty. The wood-fired pizzas at Pizza A Metro come in large, larger, and a gargantuan meter-long pie, which is 39 inches across, thus the moniker. Sure, trendy toppings like broccoli and arugula are on the menu, but this is a joint for the classics like meat lovers, meatball, and margherita. It’s a spot that serves as proof to not judge a pizza joint by its cover. 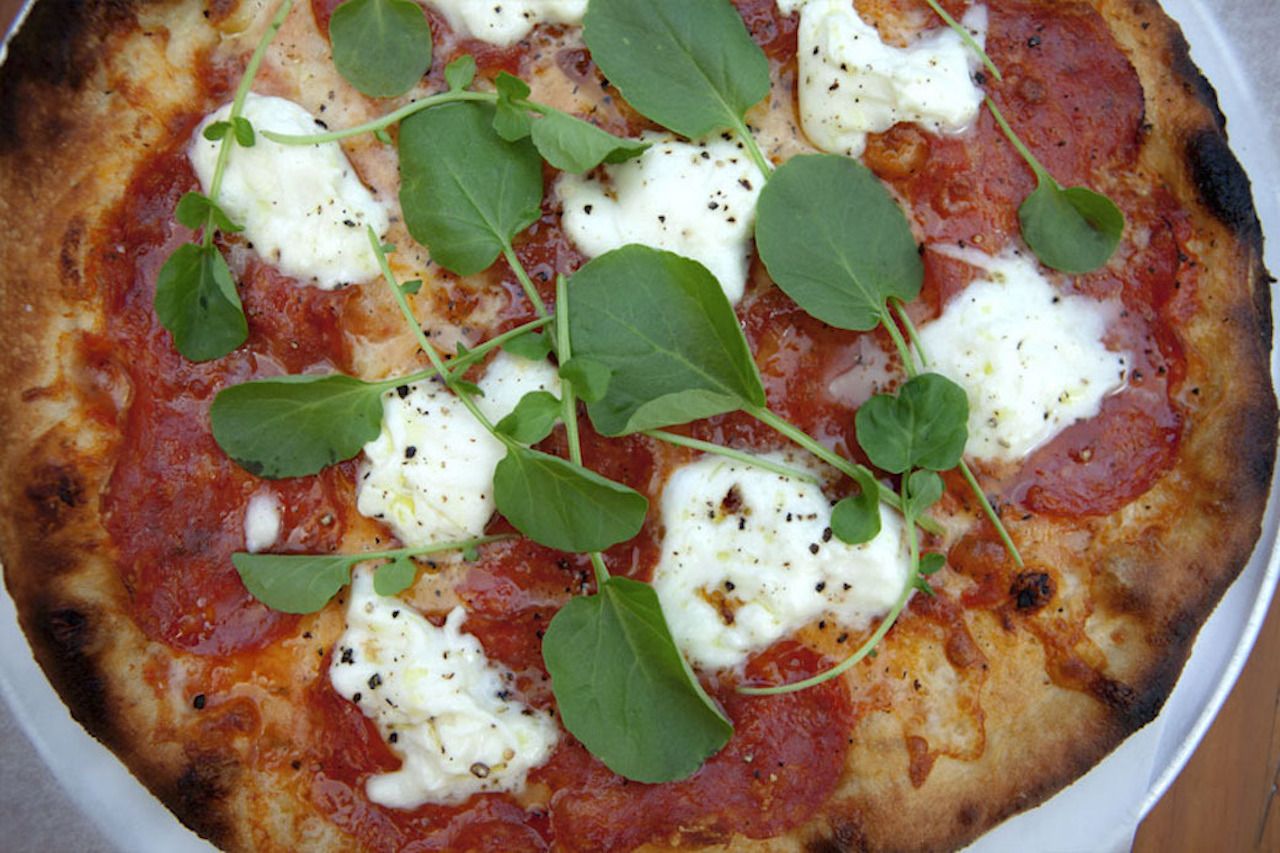 Not your typical neighborhood pizza joint, The Parlor infuses style into each slice. Originally the site of a beauty salon, the mid-century modern building was renovated and refined into Phoenix’s most design-forward pizza digs, complete with swivel salon chairs. The wood-fired pies follow the same eye for aesthetics. Billowy, blistered crusts frame creative ingredients like grilled radicchio, sage, fig jam, sweet potato ricotta, and Calabrian chilies. Wash it down with sparkling rose or their lemony take on the Old Fashioned.

Airports + FlyingPhoenix Has the Best Airport Food in the US, and It’s Not Even Close
Tagged
Restaurants + Bars Phoenix, AZ, United States
What did you think of this story?
Meh
Good
Awesome